Why the Soviets' favorite bologna was called 'doctor's sausage' (PHOTOS) 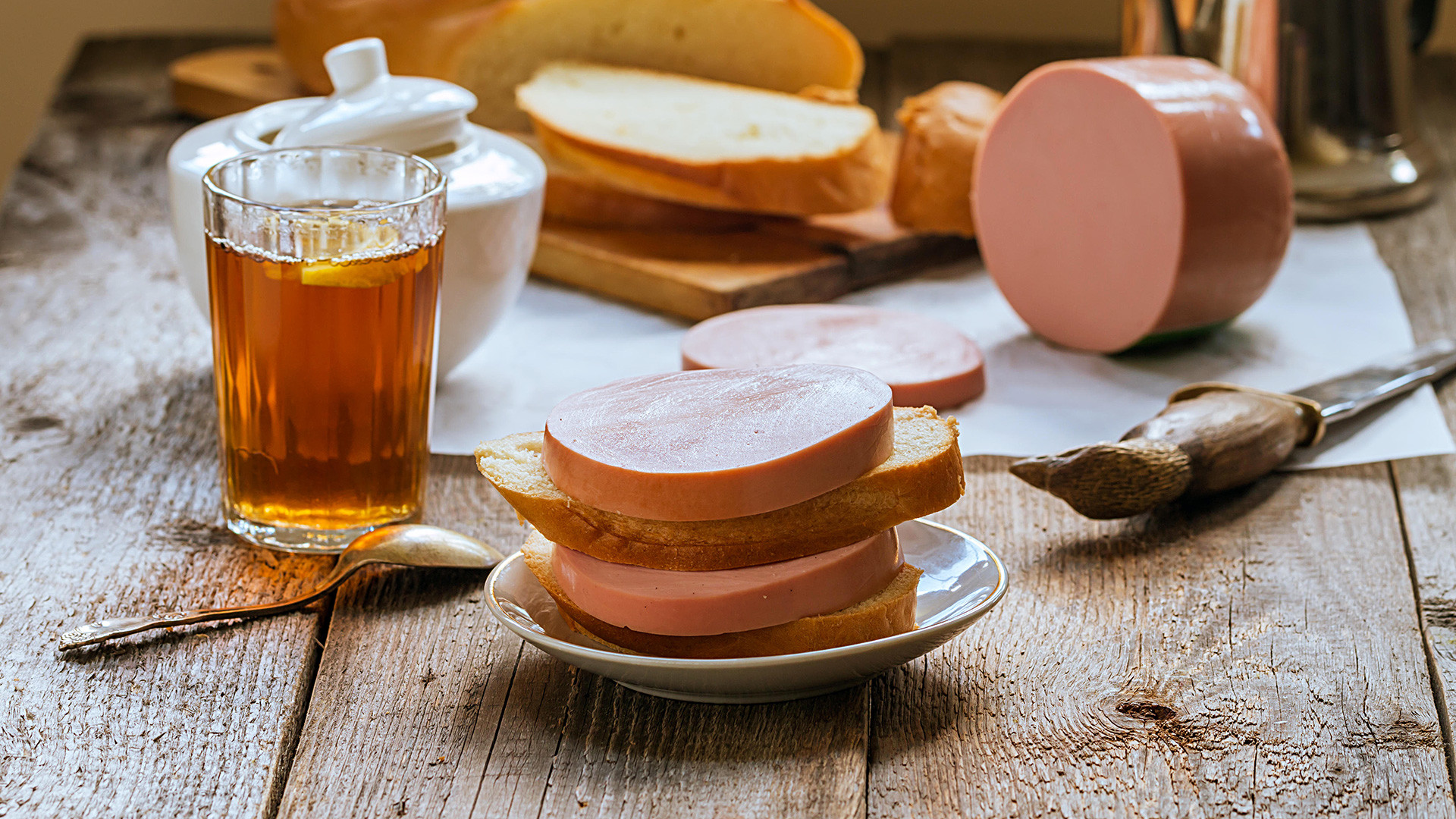 Legion Media
Soviet doctors recommended this most popular variety of sausage as part of a healthy diet.

Many Russians like to reminisce about "that" sausage from their Soviet childhood, lamenting that it no longer tastes the same. Of course, the product in question is "Doctor's sausage," which is still the most popular and most-loved sausage in Russia.

1. In the early 1930s Anastas Mikoyan, the USSR people's commissar for the food industry, visited meat factories in Chicago to familiarize himself with sausage making technology. In April 1936 the first Soviet sausage factory in Moscow started producing cooked sausage with a low fat and high protein content. 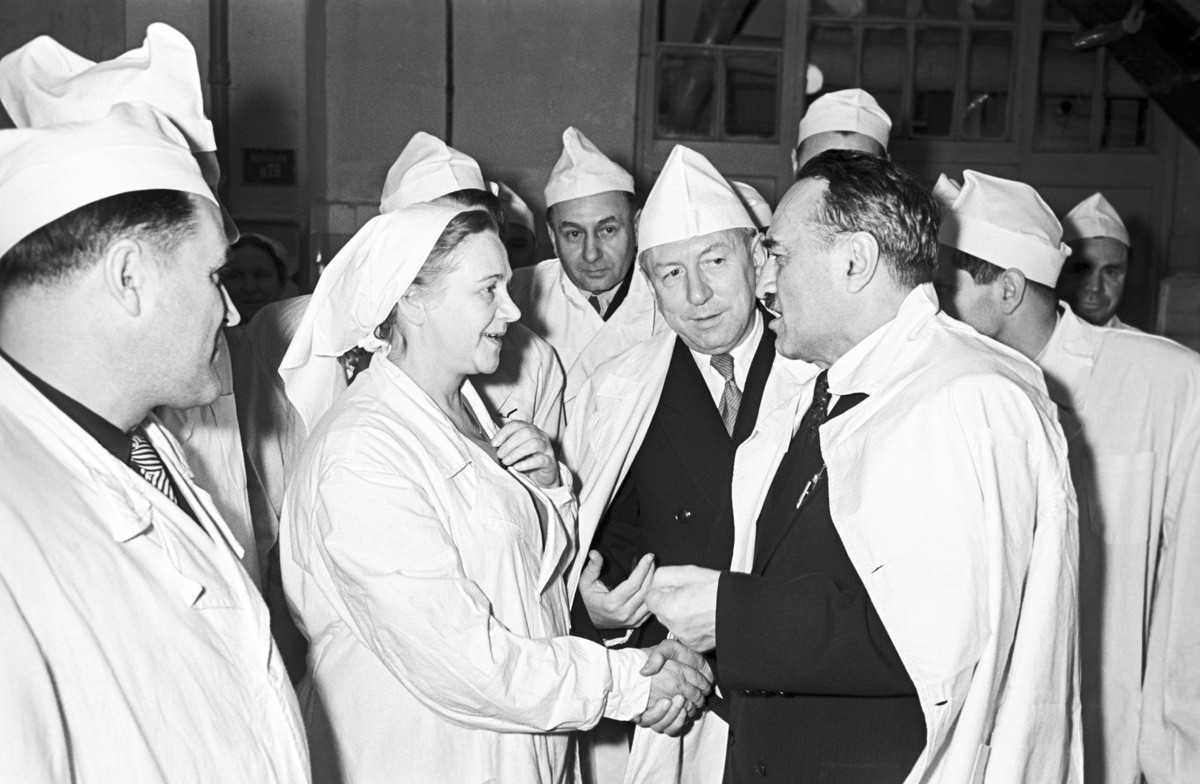 2. During that period the country was experiencing the consequences of a terrible famine as a result of collectivization and years of poor harvests. According to contemporary documents, the new product was intended for "patients who have had their health weakened by the Civil War and tsarist despotism.” 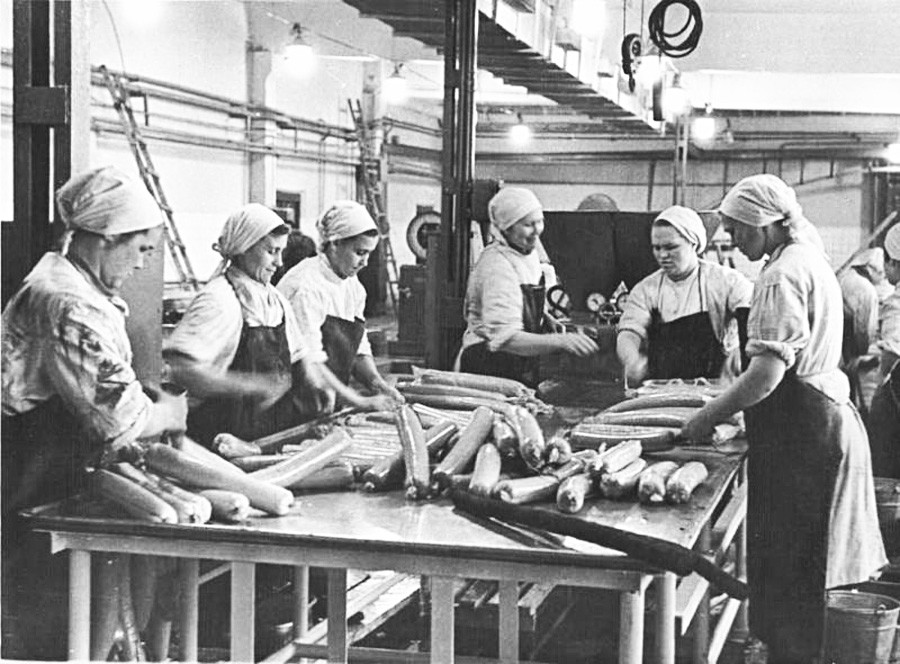 3. It must be said that the sausage performed its dietary function perfectly because it was a natural and high-calorie product. So much so that doctors even prescribed it to help treat the prolonged undernourishment. This is why it was named "doctor's sausage.” 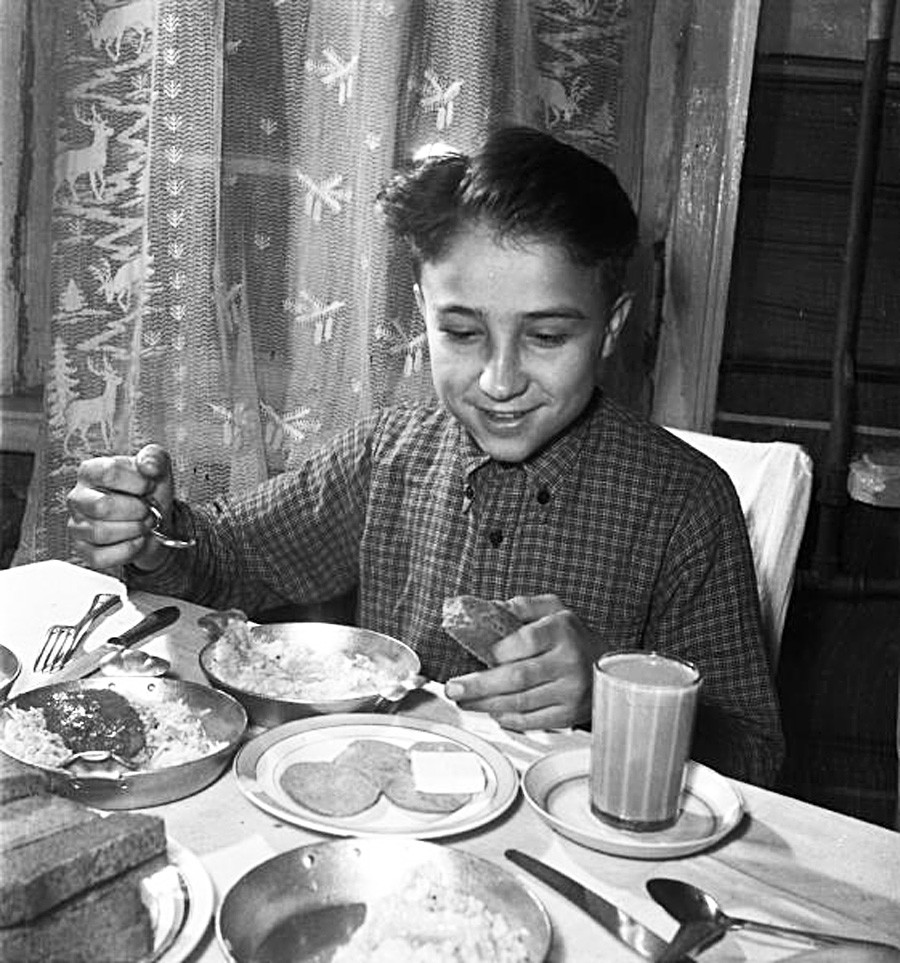 4. For many years "doctor's sausage" was regarded as a symbol of the prosperity of the Soviet family. People formed long queues to buy it, but it was easier to "obtain" than salami-type smoked sausage, for example. During the years of shortages from the the Soviet Union had a phenomenon known as "sausage commuter trains" whereby people from neighboring regions would go to major cities (mostly Moscow and St. Petersburg) to buy food. 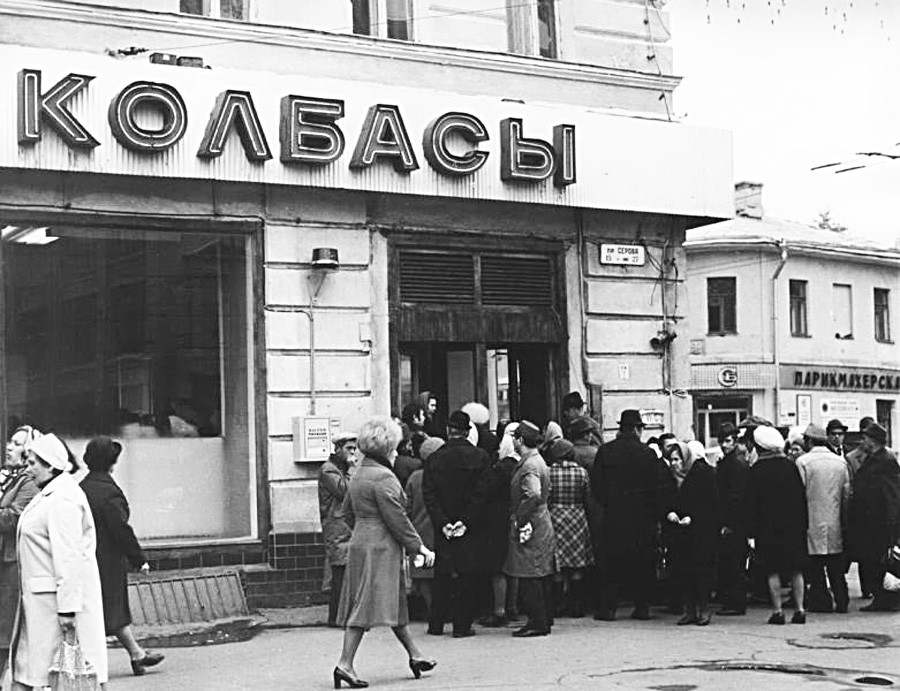 5. For Soviet citizens "doctor's sausage" to a large extent replaced meat, which was in short supply. It was used as a basis for salads, soups, and main dishes. The sausage, which has a delicate milky flavor, is also ideal for bigos, scrambled eggs, and pasta sauces, as well as any sandwich. 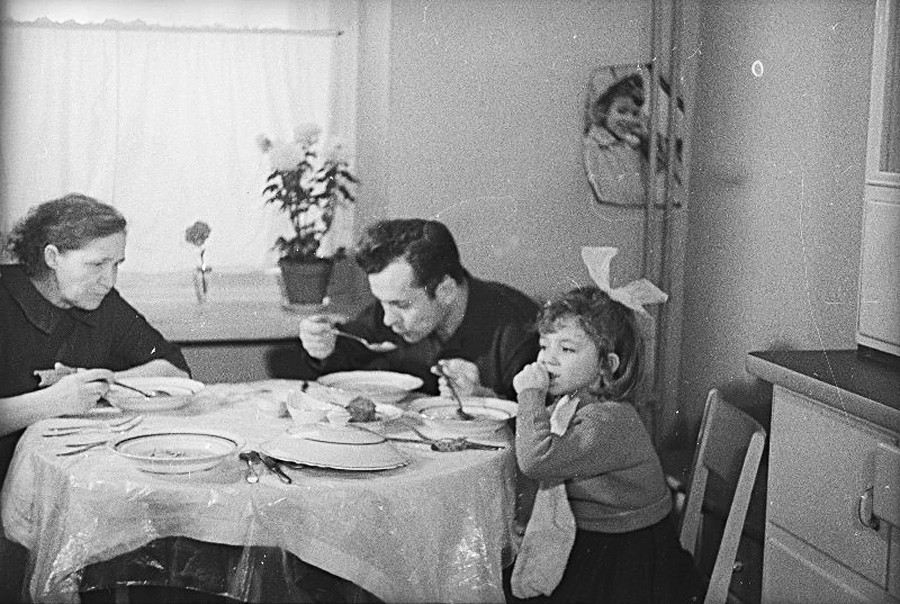 6. Of course, nowadays dozens of sausages and smoked meats can be found on the shop counters, but choosing a product with good-quality ingredients is much more difficult than when there was no such choice. 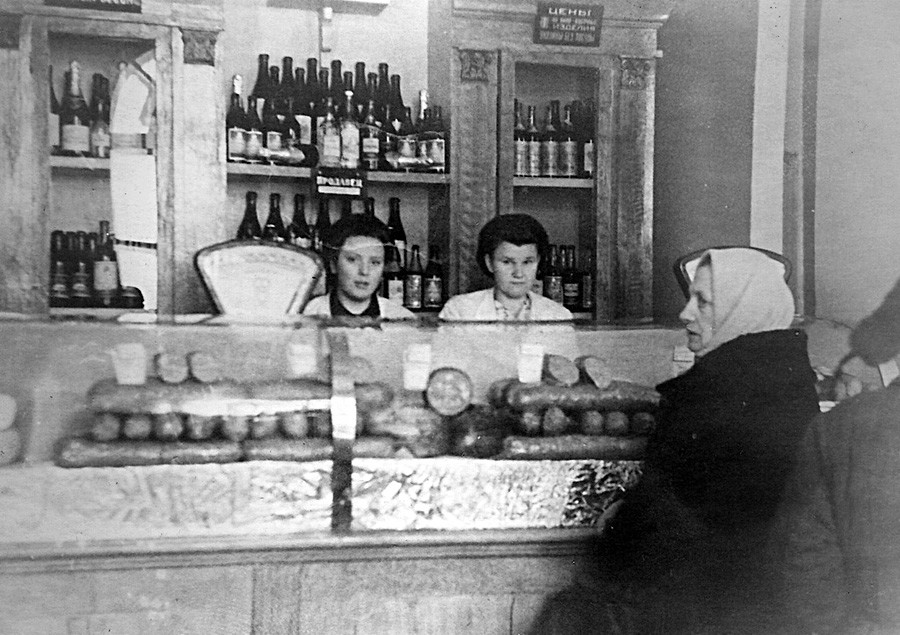 7. The reason for this is simple. In the Soviet everything was produced in accordance with quality standards (known as GOST). It meant that sausages produced in Moscow were expected to be of the same quality as sausage produced in Yekaterinburg or Vladivostok. 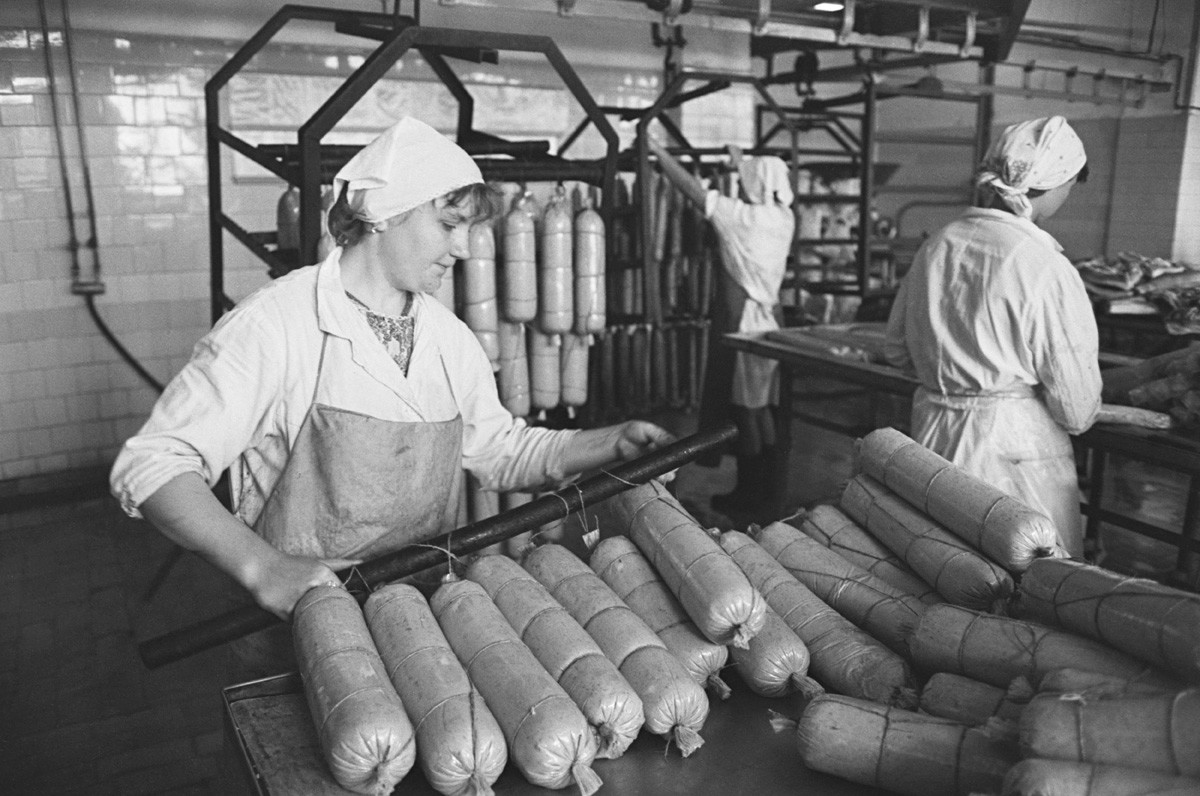 8. The GOST standard for "doctor's sausage" was approved back in 1936. The sausage recipe was 70 percent lean pork, 25 percent top quality beef, 3 percent chicken eggs and 2 percent cow's milk, as well as salt, sugar, and nutmeg or cardamom. The sausage's shelf life was only 72 hours! And rest assured, it did not stay on the shelf for long. The recipe remained unchanged until when starch and flour were allowed to be added to the sausage. 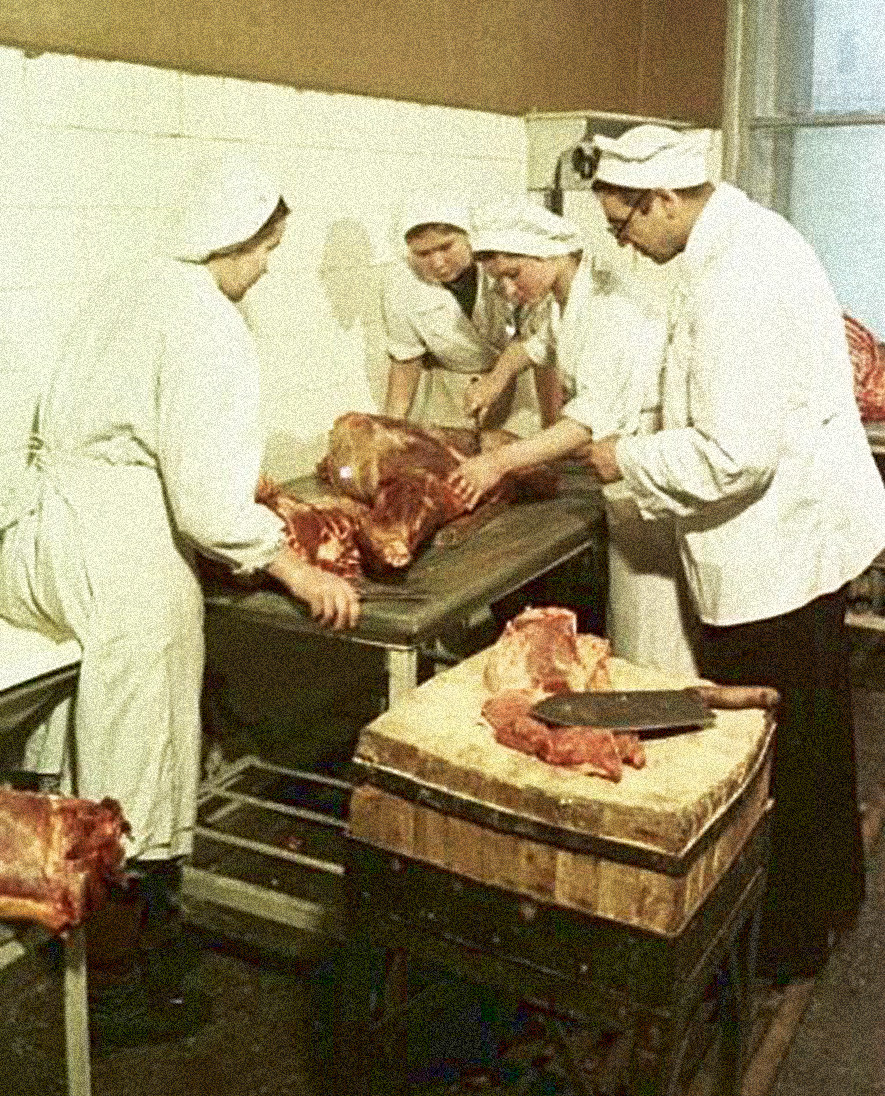 9. And in 2002 producers were allowed to make products according to their own technical specifications (TU) rather than the Soviet-era GOST standards. It was permitted to change the percentage ratio of the sausage ingredients, as well as to add offal and preservatives. Of course, this doesn't mean that the sausage can be made from anything, and, anyway, in food quality checks are carried out regularly. Some producers point out that they make their sausage following the Soviet GOST standards and using only natural ingredients. 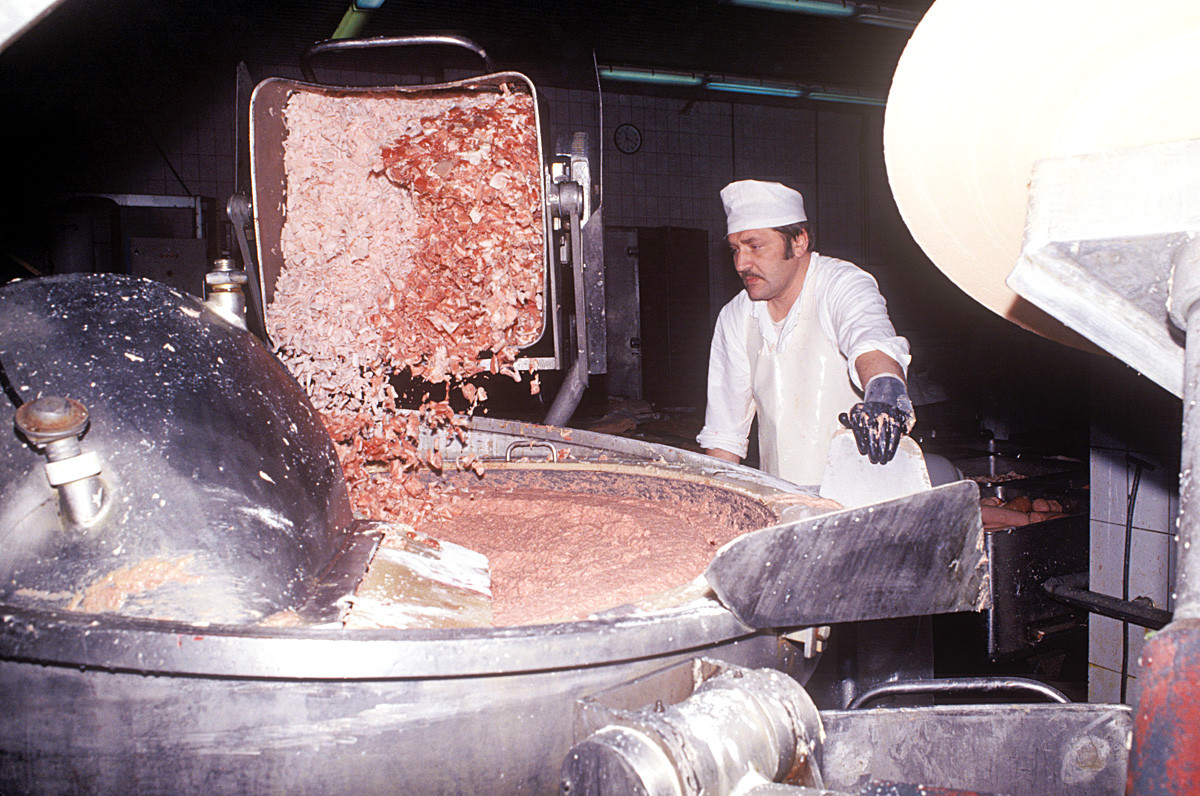 10. Over the years many people in Russia got so used to the flavor of "doctor's sausage" that they still only use the sausage to make Olivier salad, solyanka soup, and pasta dishes, although there’s no longer any need for it. And fresh baguette with a little butter and a few slices of doctor's sausage is regarded as the best sandwich for breakfast. 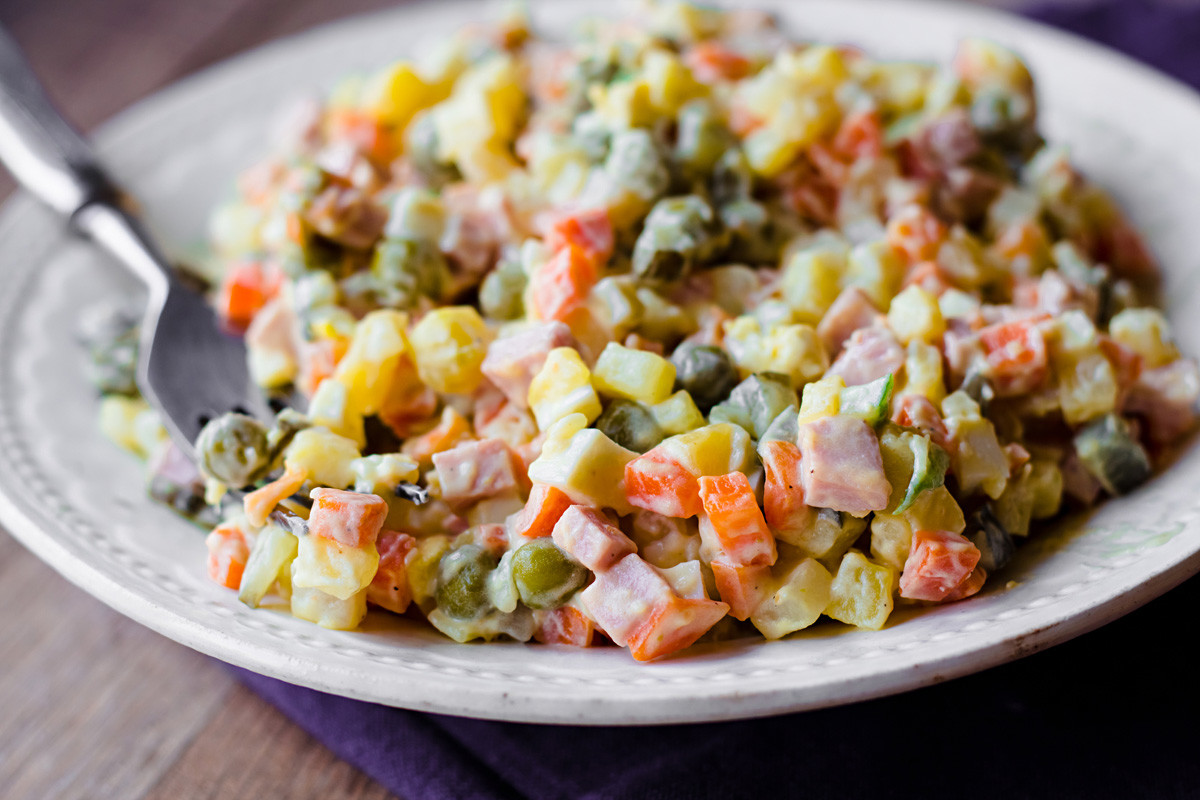