From cocktails to soup: What food around the world is regarded as 'Russian' 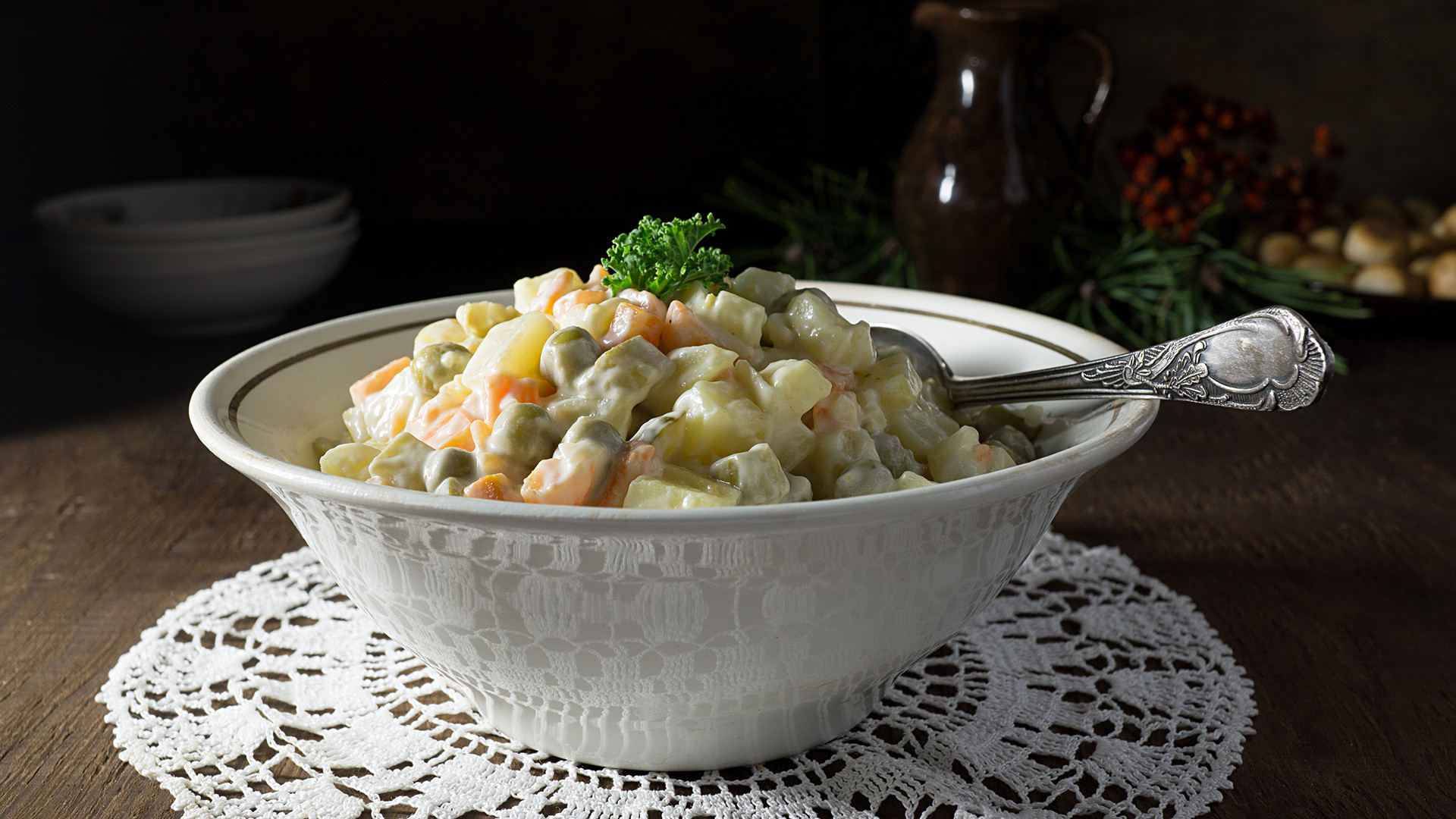 Legion Media
Start your day with Russian crepes and enjoy the sunset with a pint of Imperial Stout.

Delicious starters, thick soups, mouthwatering desserts, and CLASSY cocktails: All are known as “Russian,” but some of them you will never find here. 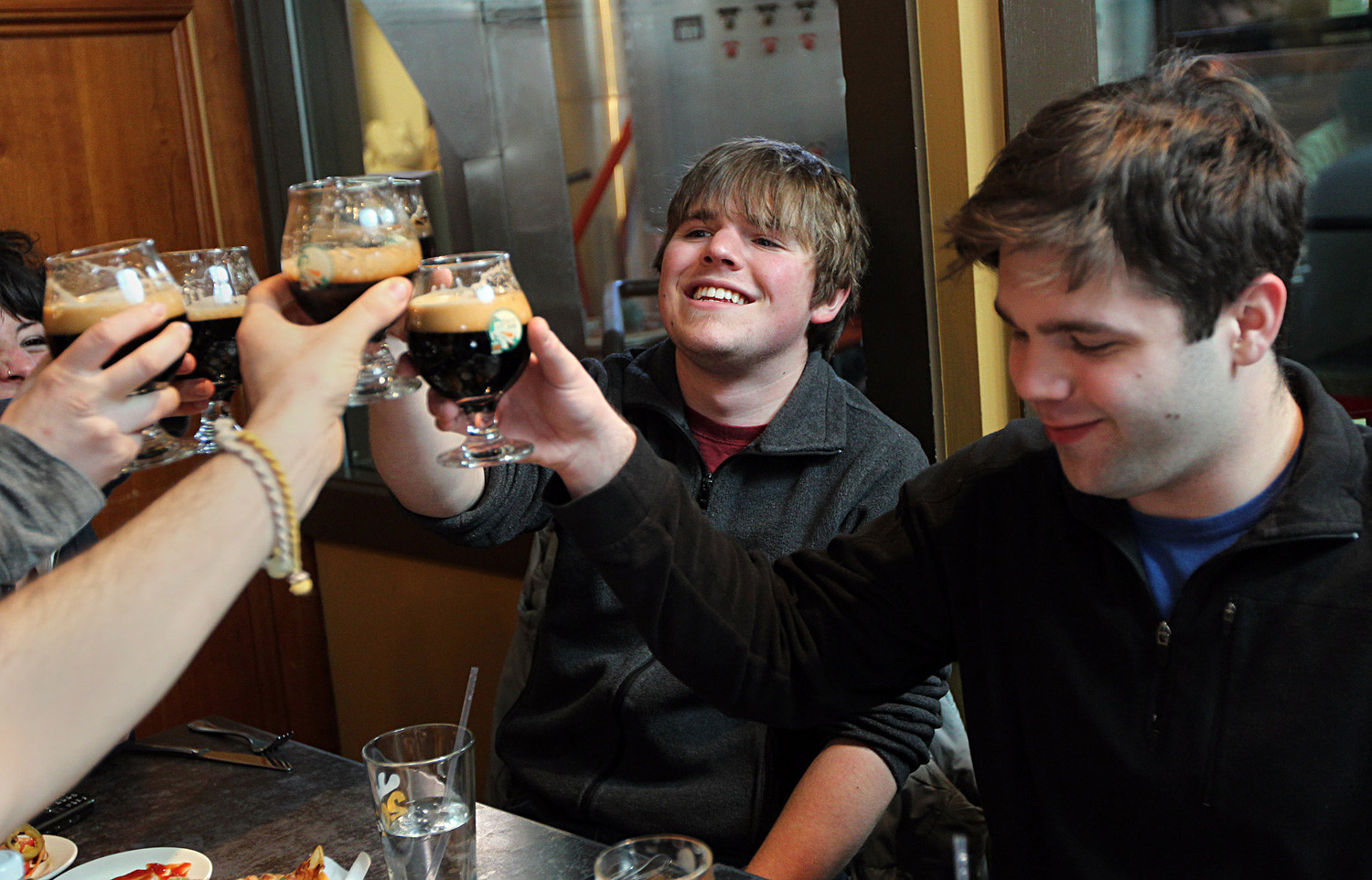 In the 17th century, Britain was the main supplier of beer. Russia’s Imperial court preferred dark brews, but delivering beer to Russia was rather difficult: Beer didn’t travel well on ships that were tossed around by the waves, so to increase the shelf life of stout British brewers increased its density and ABV and called it “Russian Imperial Stout.” Legend has it that Catherine the Great (1729-1796), was a fan of beer and the first Empress to appreciate the new brew.

Meanwhile, in Russia, you’re unlikely to find this beer. Today, it’s mostly produced in the UK and The dark thick stout is seven to 11 percent ABV with a velvety taste and notes of dried fruit. 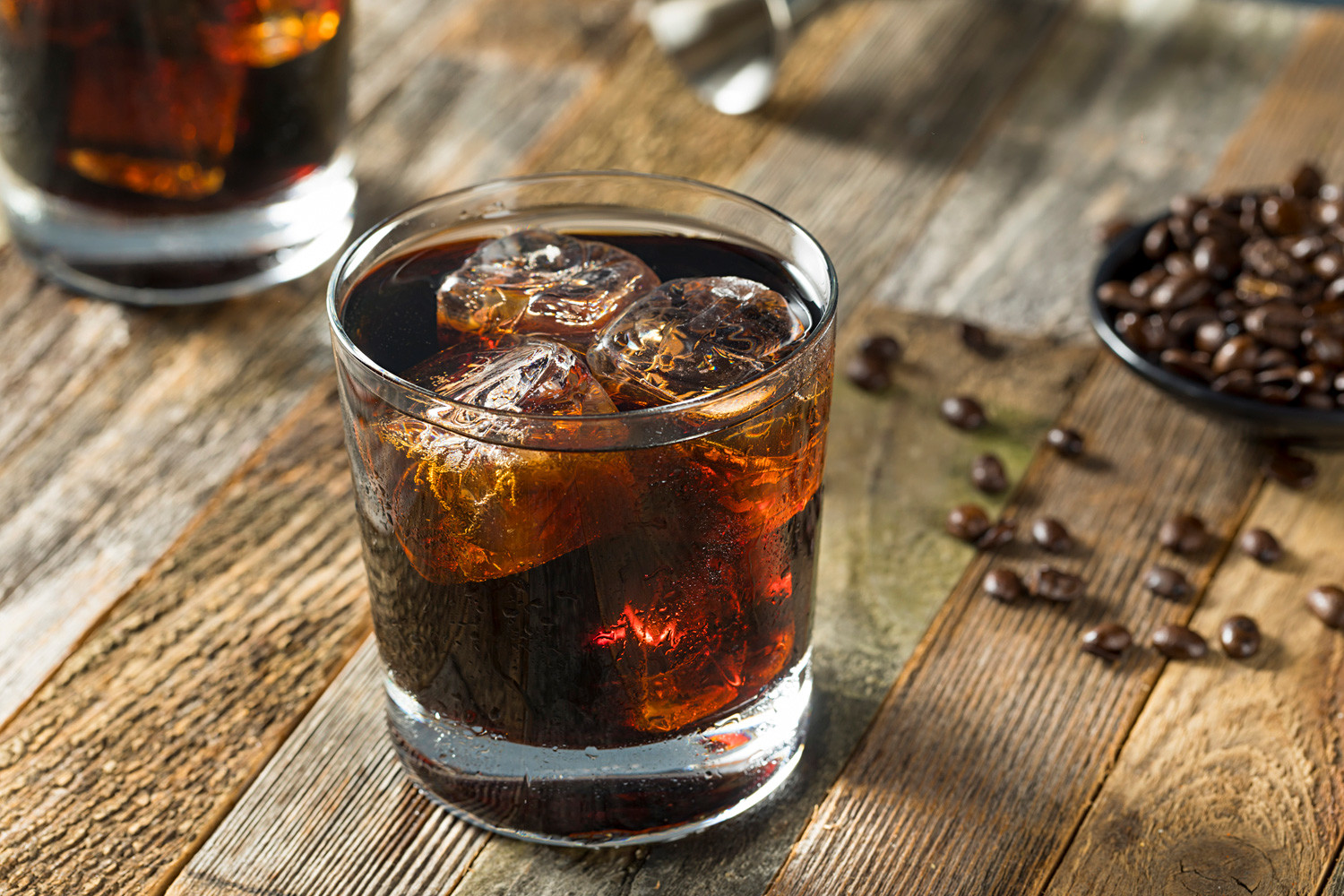 “Black Russian” is a classic cocktail created in 1949 by the Belgian barman Gustave Tops. It contains five parts vodka to two parts coffee liqueur and is served in an old-fashioned glass with ice. The “White Russian” was invented in the 1960s in the U.S. and includes cream. 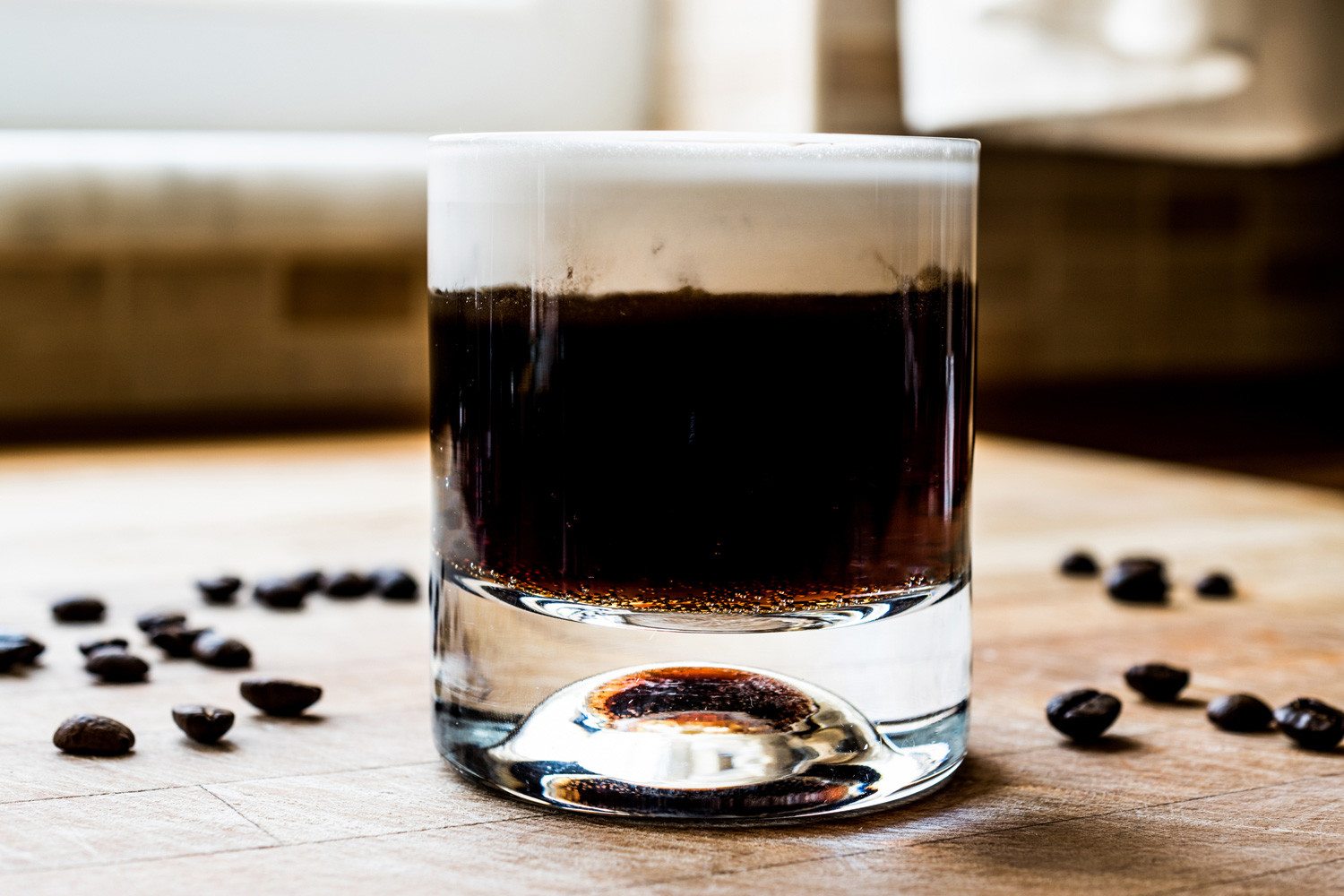 some places abroad you can find an interesting coffee drink. It’s called “Russian coffee,” although it is not very popular in Russia. It’s sweet cold coffee with vodka and cream. By the way, it is uplifting and a hangover (but don’t drink more than one cup). 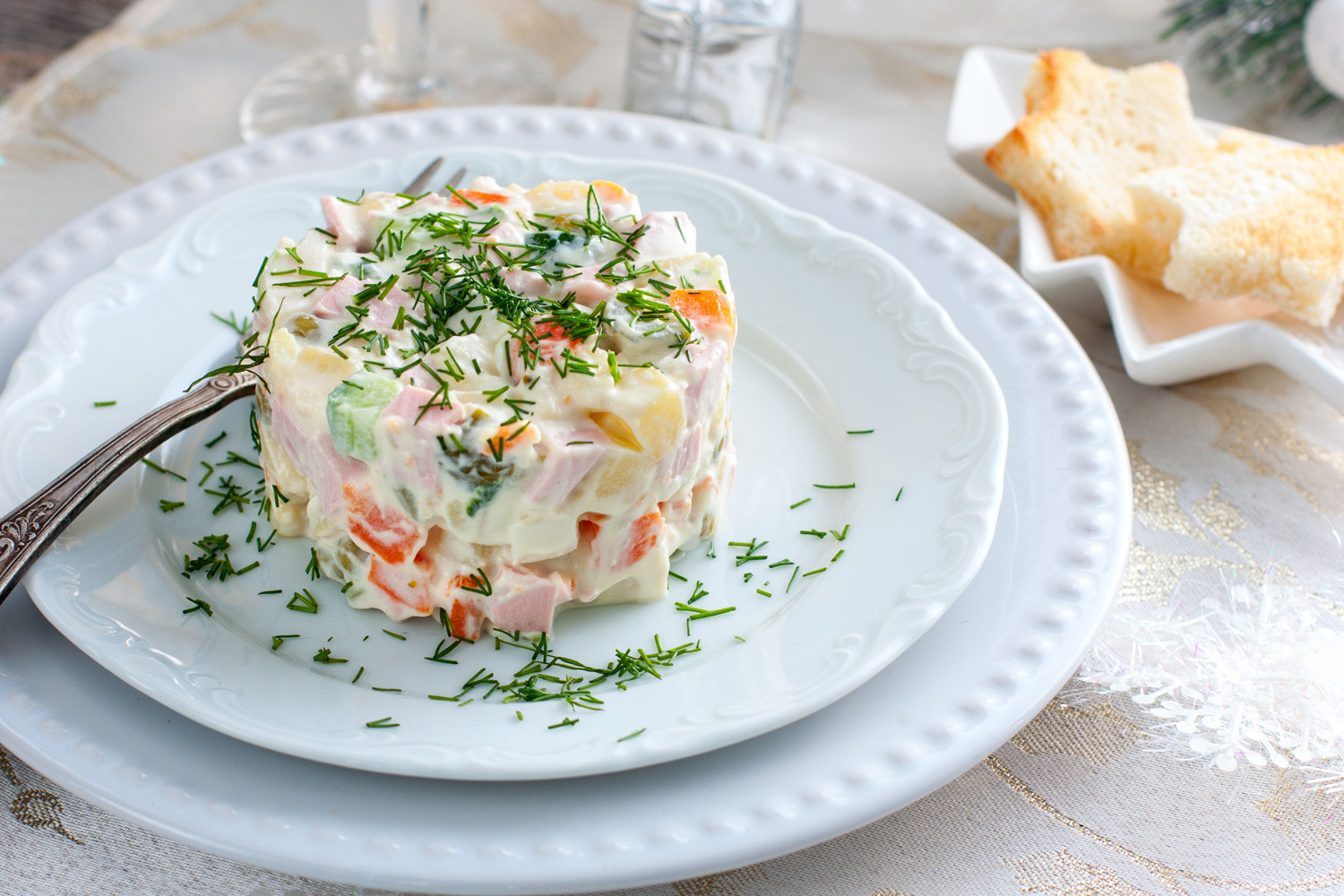 you imagine the Russian New Year table without the Olivier salad which is known as the Russian salad? The famous starter is a mixture of finely chopped boiled eggs, sausages, and marinated cucumbers, seasoned with mayonnaise. And it’s so popular here that this dish has become the Russian equivalent of the “Big Mac” index, which measures the cost of food each year. Watch our video to learn how to make it. 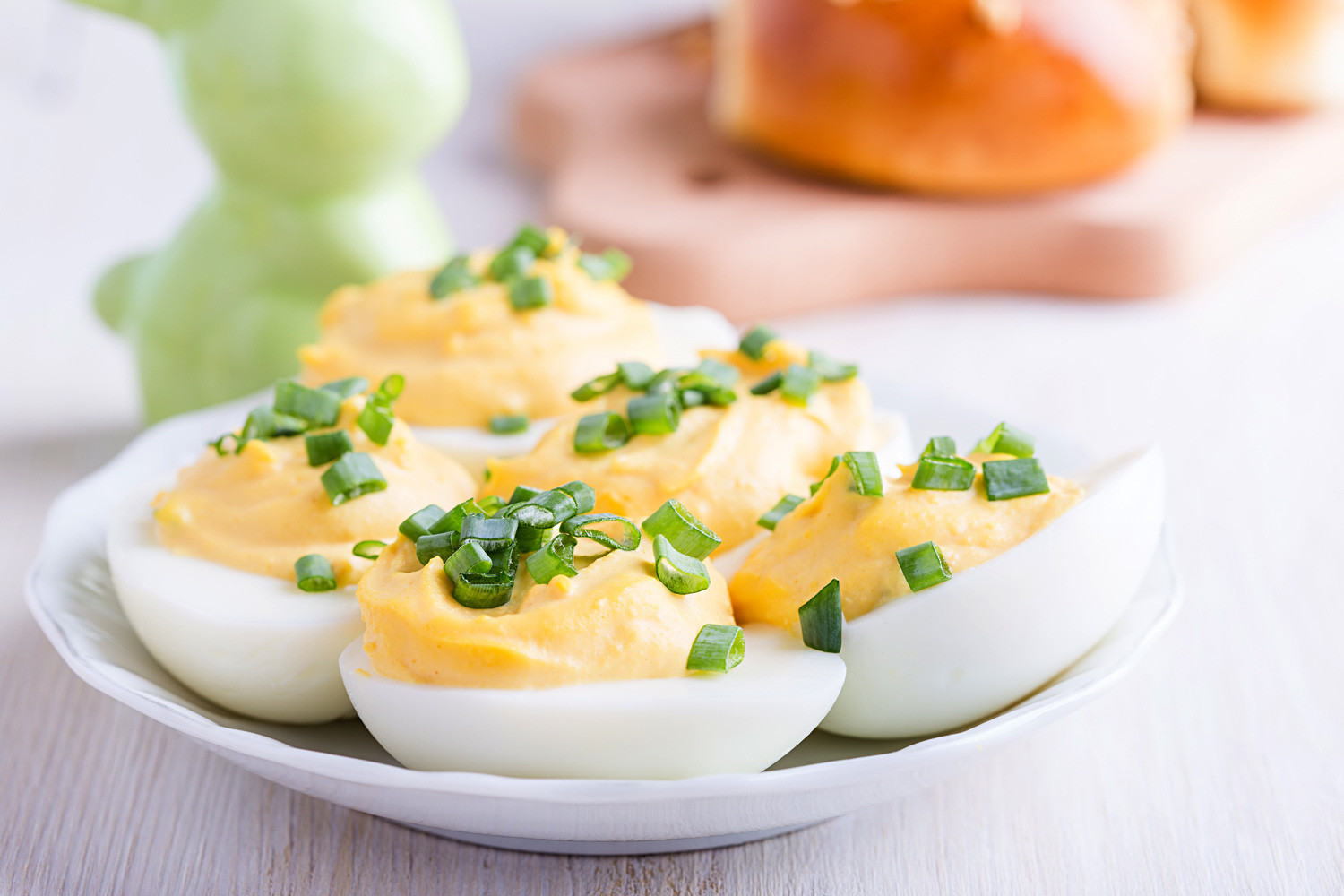 can often spot (and of course, try) stuffed boiled eggs on the Russian festive table. In Germany and the they are called Russian. So what’s inside them? Traditionally, mayonnaise and spices. But you can also make eggs with forshmak and red caviar – try this for a party. 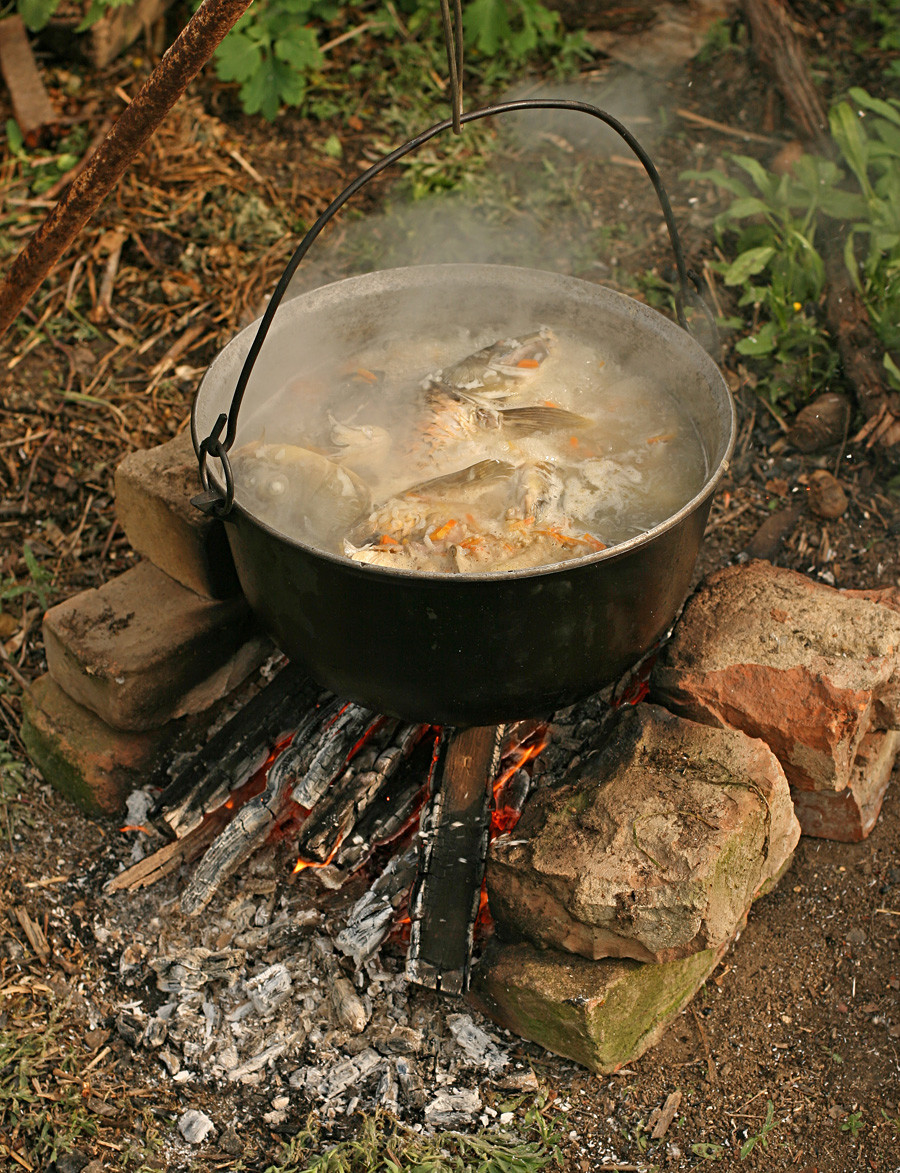 Traditional Russian fish soup is one of the oldest dishes in the country. Nevertheless, there’s no strict recipe - it depends on the taste you want to achieve. Salted and fresh salmon, trout, cod, and sturgeon are all great - so too rockfish and burbot. It’s popular during the summer months when many Russians enjoy fishing in the countryside. If you’re confident in your cooking skills, try this recipe for triple ukha. Cream fan? Grab this recipe using Karelian salmon ukha. 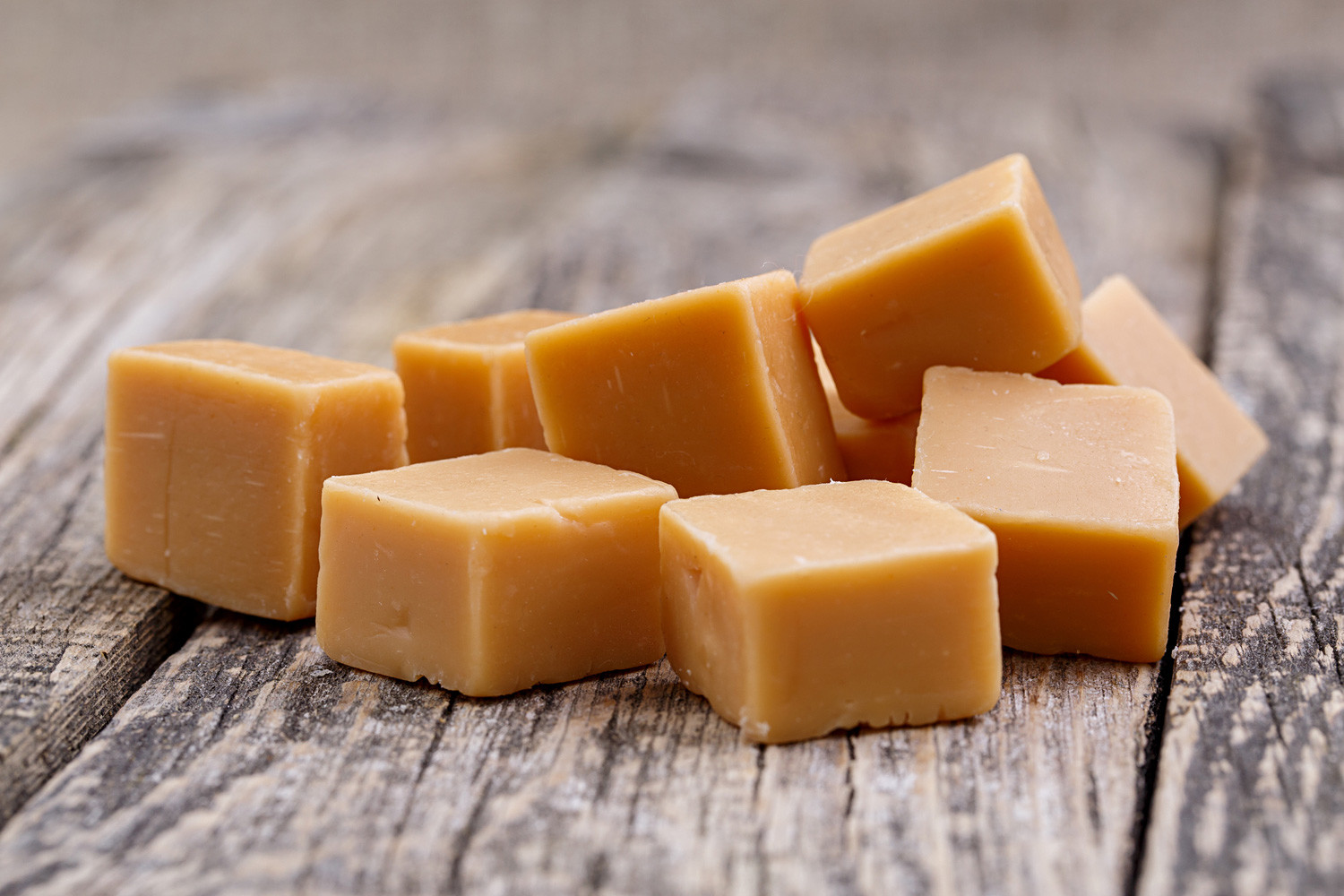 The toffee-like dessert called , or Russian candy, is famous in Finland. The word “kinuski” originated from the Russian word “tyanushki” (“toffee”). It looks like boiled condensed milk and is used as the filling of candies, as a sauce, or just a sweet. 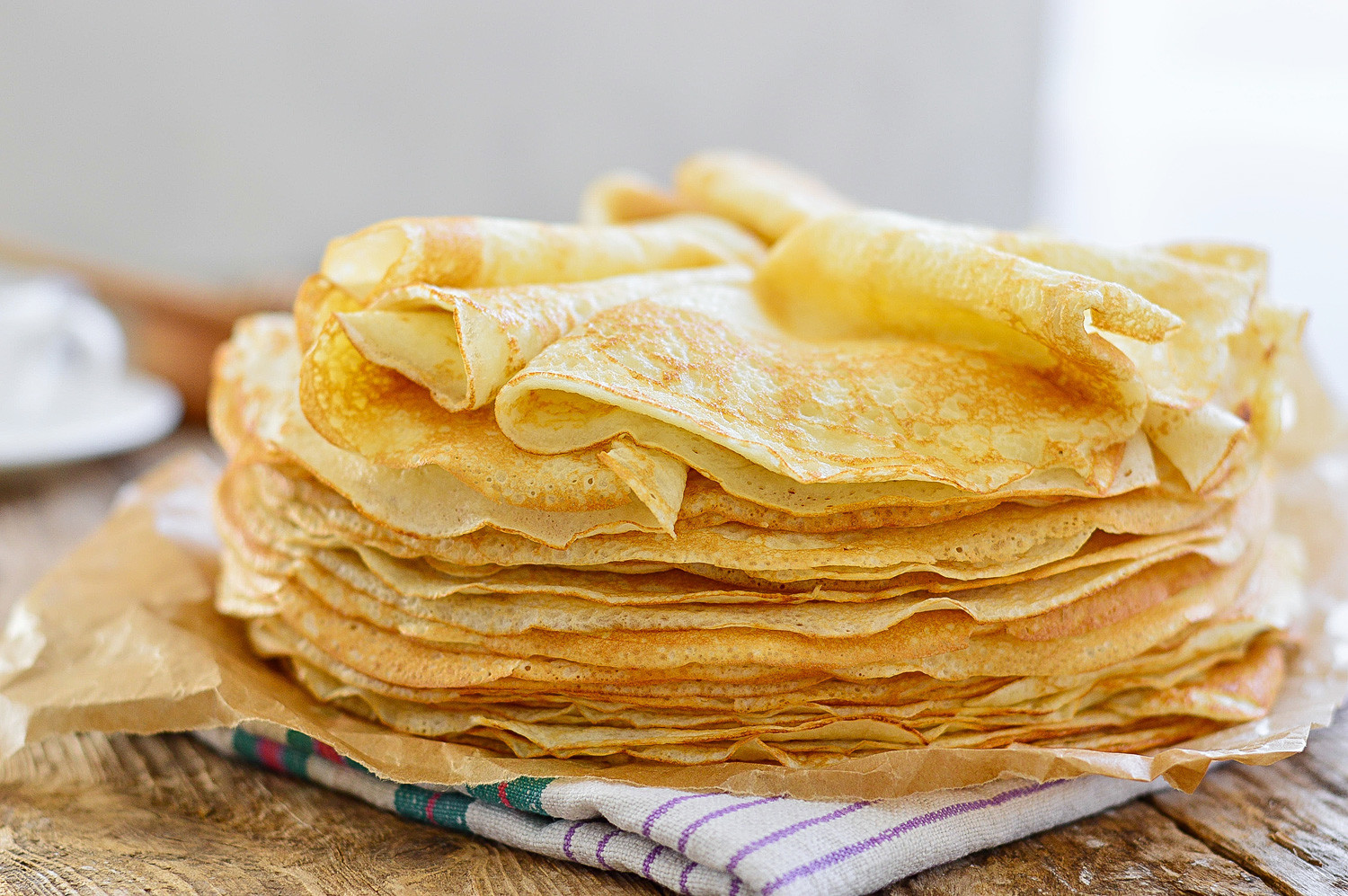 Blini, or Russian crepes, are one of the oldest traditional dishes in Russia and date back to pagan times when they symbolized the sun and eaten as part of rituals. To this day, blini are the main dish of Maslenitsa, marking the end of the winter.

Russian blini are very different from any other pancakes. Take, for example, American pancakes: They are small, thick, and dense (like Russian oladyi). Russian crepes are big, light, and lacy. 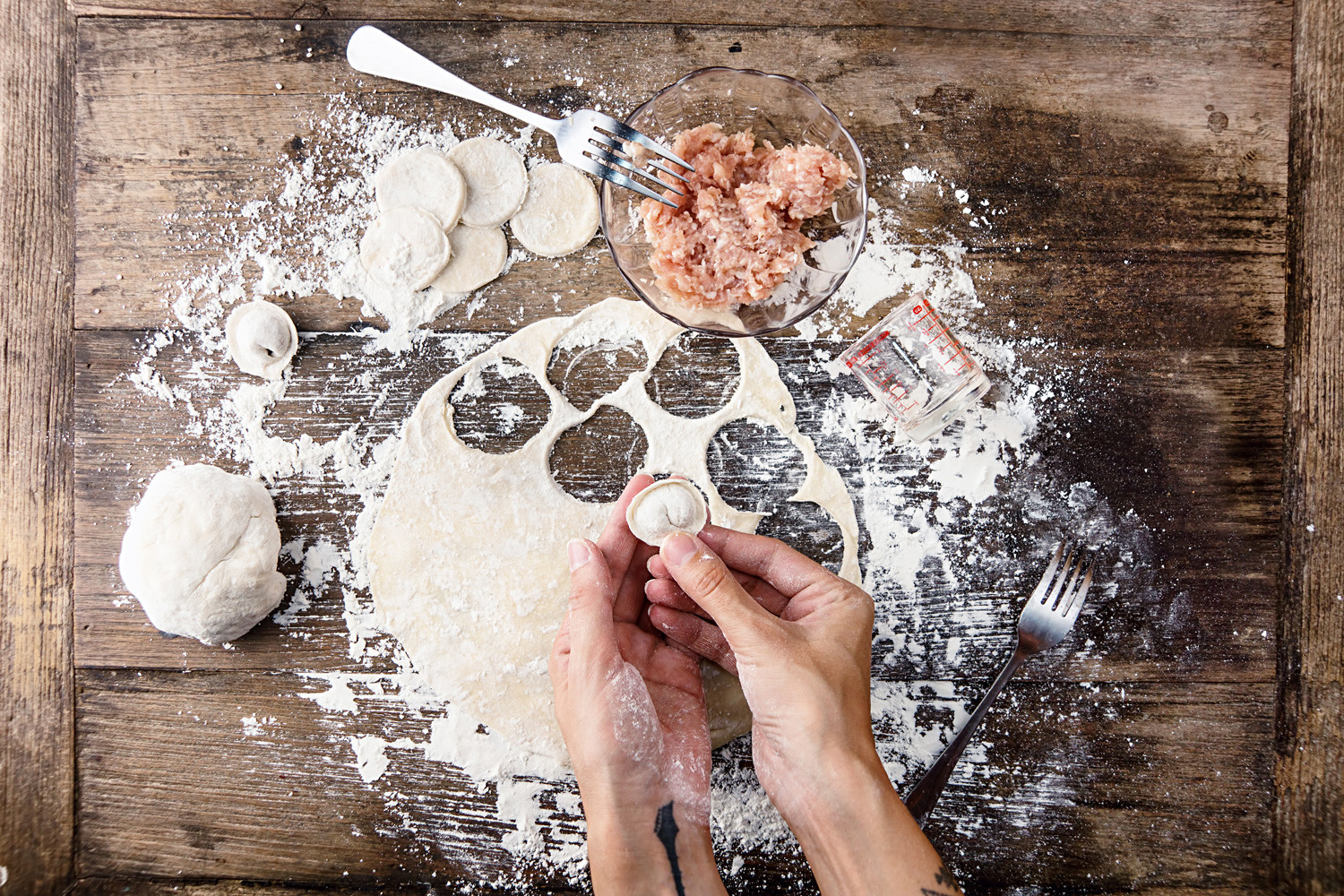 Pelmeni dumplings are considered Russia’s national dish. Usually they are made of dough stuffed with meat, but actually, Russia has invented so many varieties of pelmeni that your tastebuds will never be bored. Manty (steamed dumplings), vareniki (dumplings with boiled filling, most often sweet), pozy (steamed meat dumplings), beriki (lamb dumplings)… Almost every Russia’s region has its traditional recipes. Here are some ideas for your lunch. 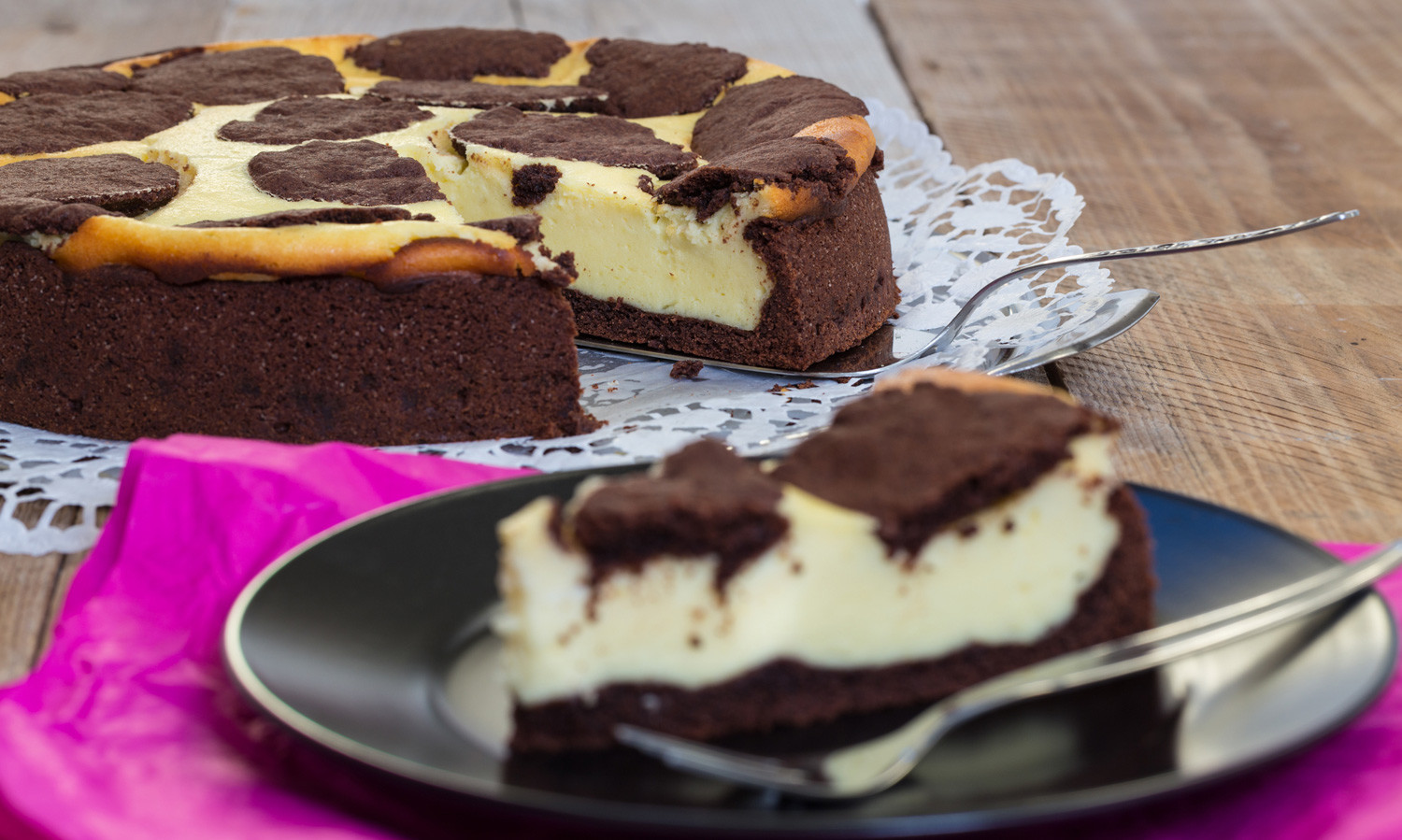 Russischer Zupfkuchen is the old German sweet cake made from chocolate pastry, quark, and vanilla pudding. The author of the recipe is unknown. The word “kuchen” means cake and “zupfen” means “to pinch” – the cake is decorated with small “pinches” of pastry and is similar to cheesecake in taste. Actually, Russian’s often use quark and cottage cheese in baking but there is no Russian equivalent to this dessert. Its nearest kin is tvorozhnik – try the recipe next week.

Read more about things that are called “Russian”!