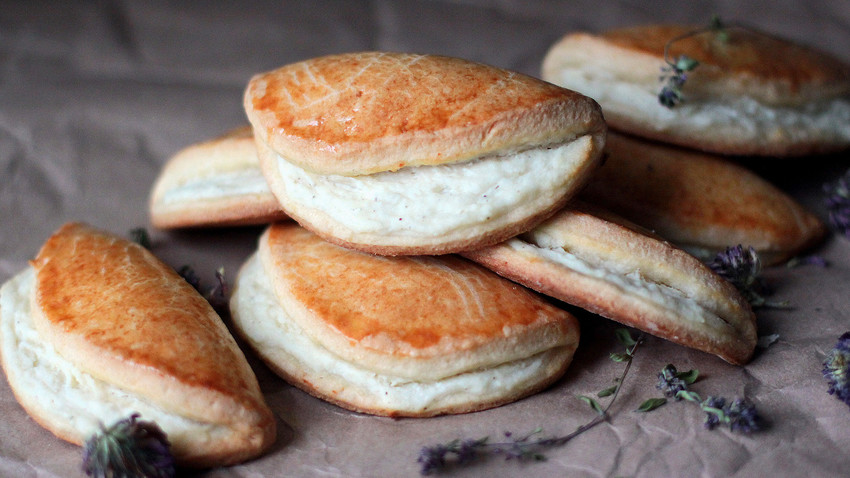 Victoria Drey
Sochniki is a popular pastry, supposedly a kind of Soviet-Russian specialty. However, the taste of sochniki somehow reminds one of cheesecake: cream cheese stuffing combined with a shortcrust pastry dough.

The history of Russian sochniki starts with its dough: way back in Ancient Rus people made simple scones out of it. Later someone came up with the idea to stuff the dough with a mixture of sour cream and tvorog – the Russian version of cottage cheese. As good a cheesecake as any! But with a traditional Russian kitchen twist.

Sochniki were widely produced in the USSR and literally became the symbol of Soviet school canteens. They are cheap and easy to make. Despite its long history, this tasty dish is still very much loved in Russia: sochniki is one of the best healthy snacks to have on the go or treat your family and friends. You can buy them in almost any store in Russia but we highly recommend baking them yourself. The unique sour cream short pastry with its silky stuffing will leave you wanting more!

For the dough, first sift the flour, baking powder and salt in a large bowl. Chop the butter into pieces and work it into the flour with your hands until you get short consistency. 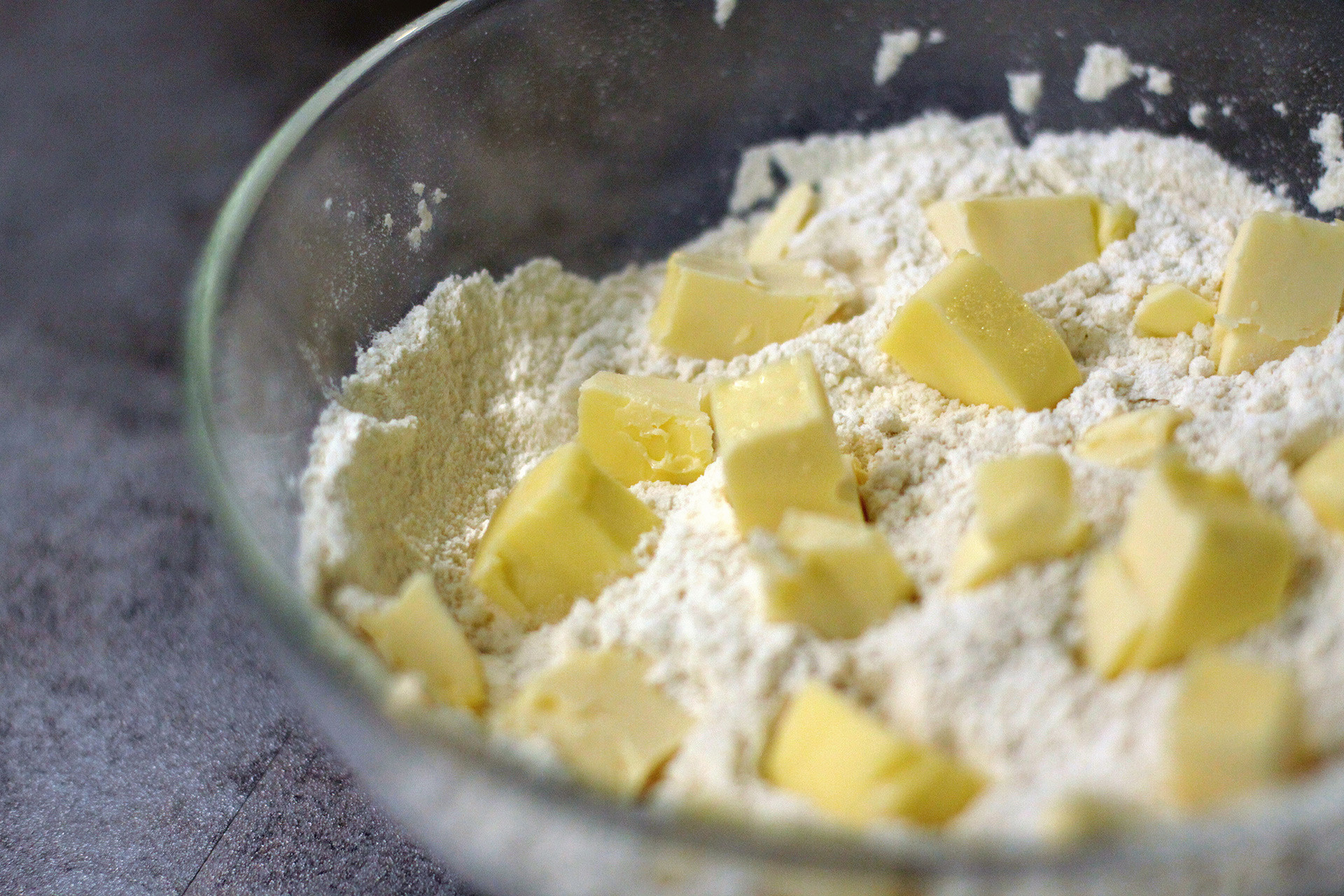 In a separate bowl whisk an egg with sugar and sour cream and then combine it with the flour mixture. 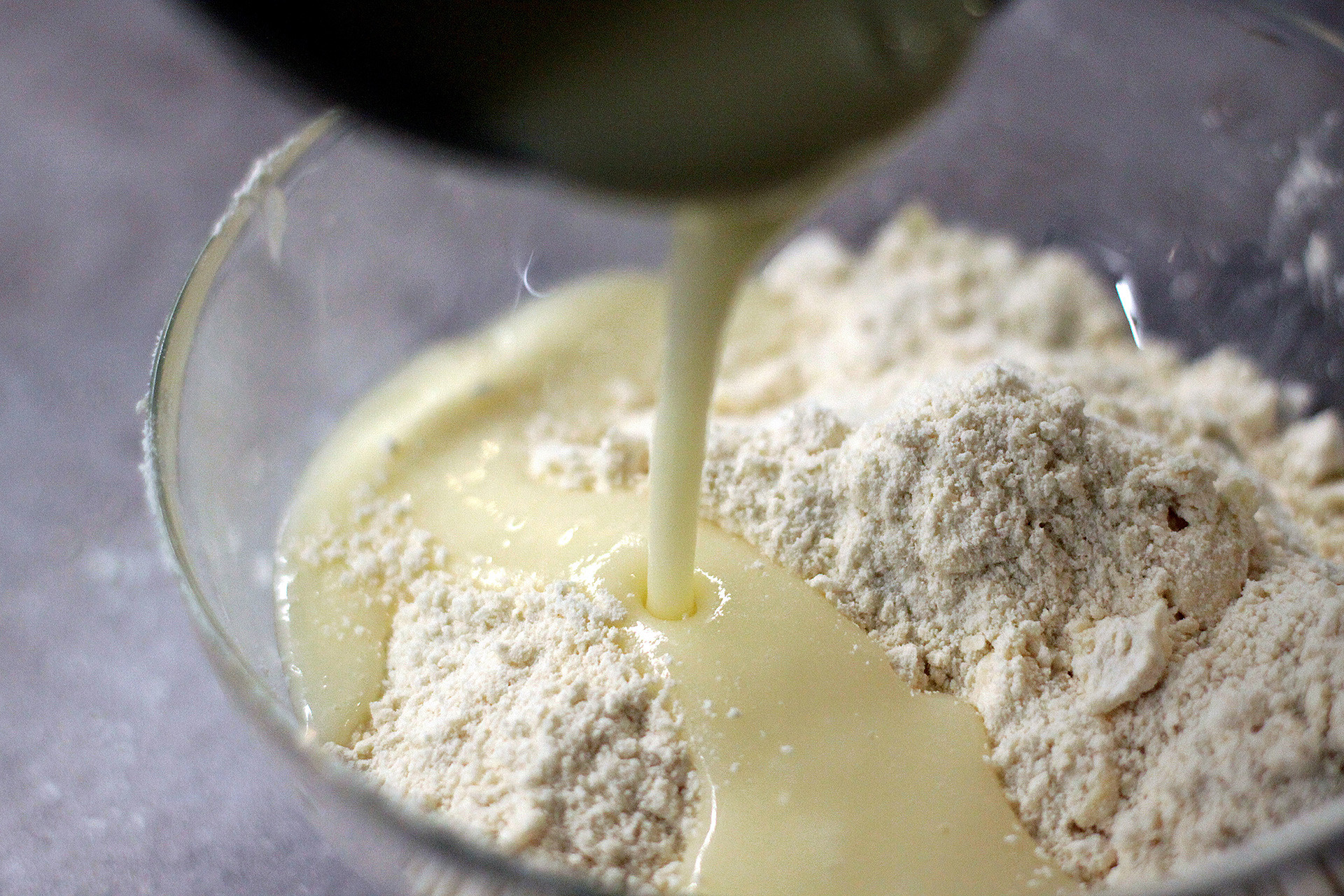 Knead the dough, form it and set aside in a refrigerator for at least half an hour. 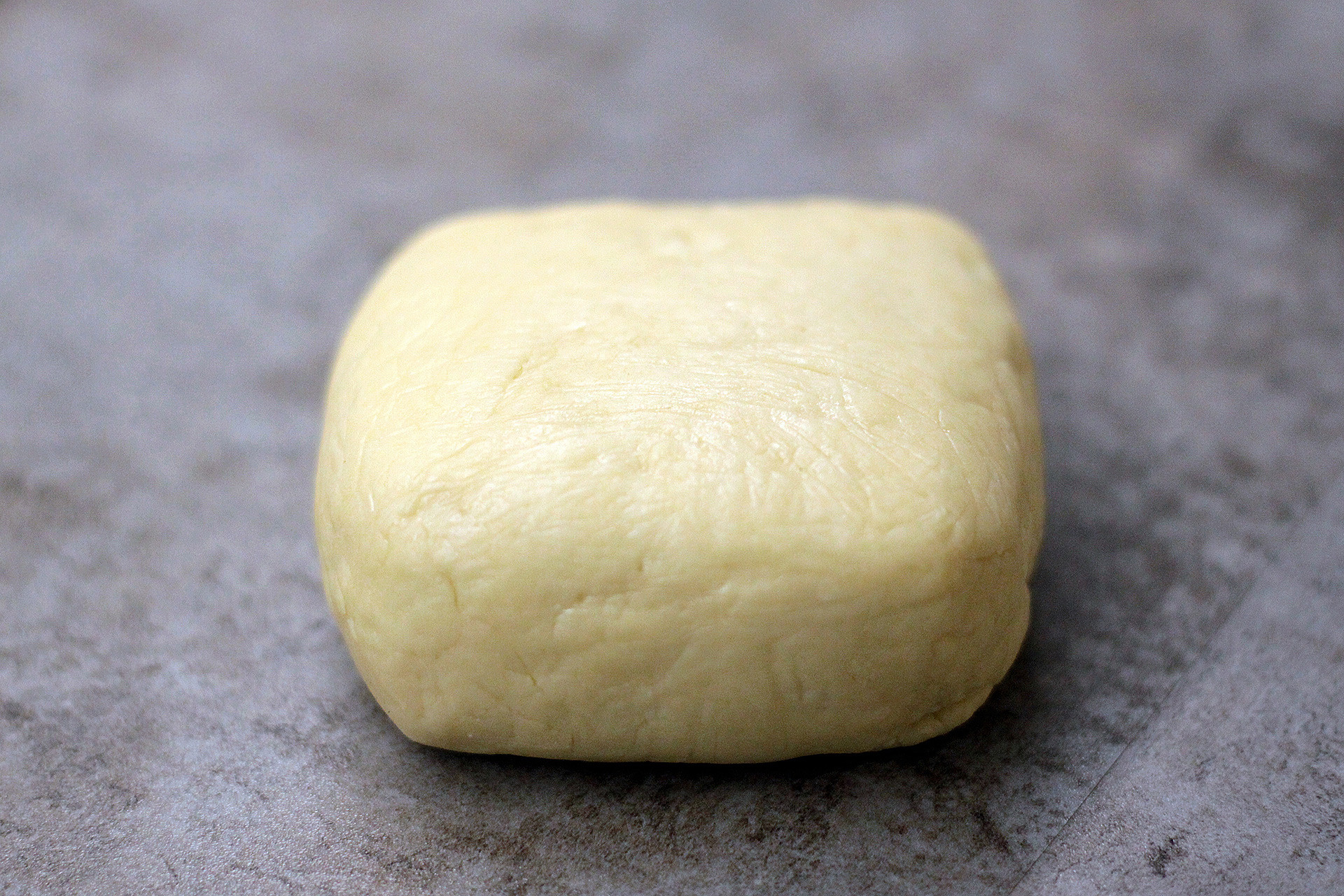 When the dough is cool enough roll it into a layer 0.3-0.5cm thick on a surface sprinkled with some flour. For cutting the dough I use a mold 10cm in diameter and usually get about 15 circles. 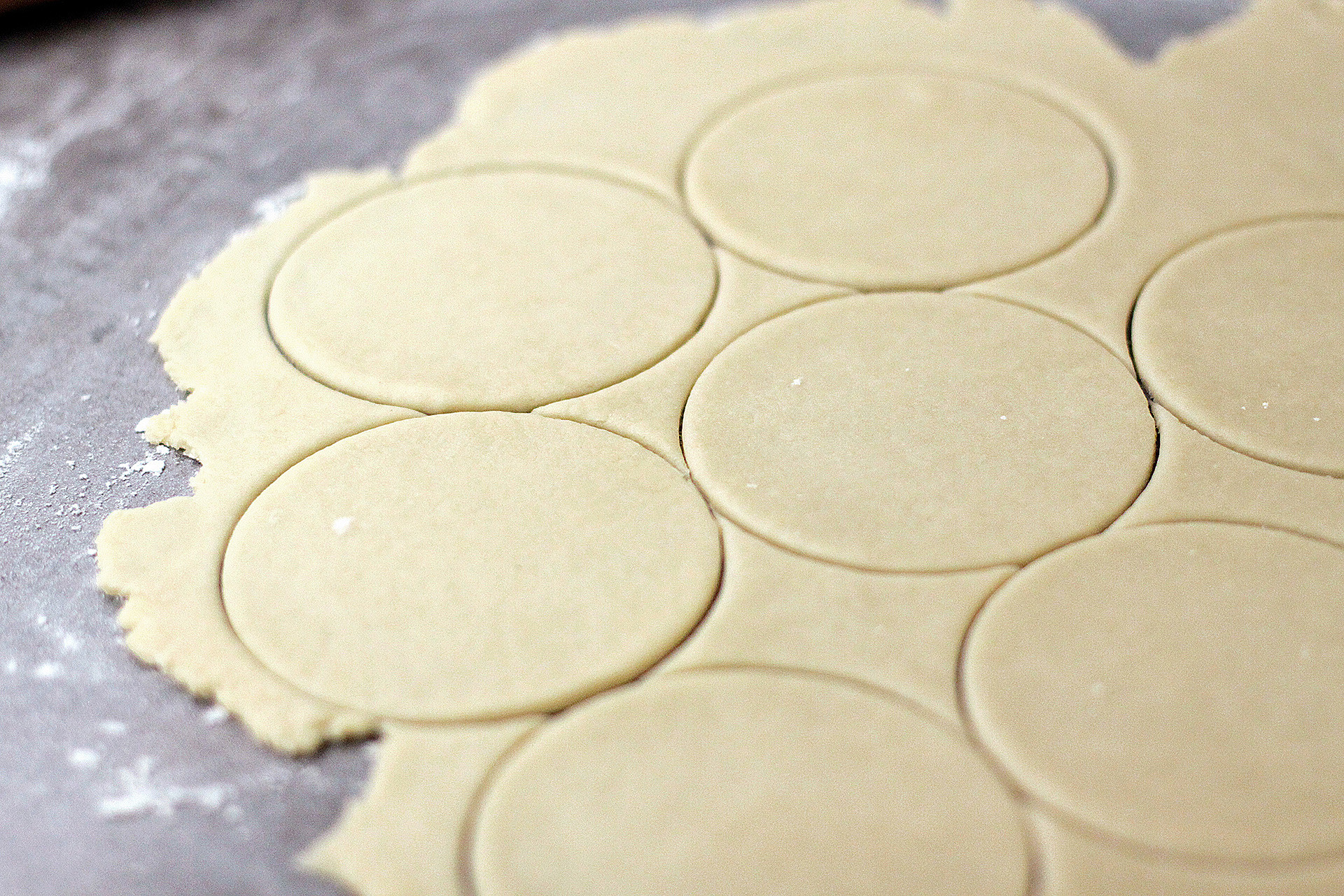 Add one generous tablespoon of filling on half of each circle and then fold over from the other side. 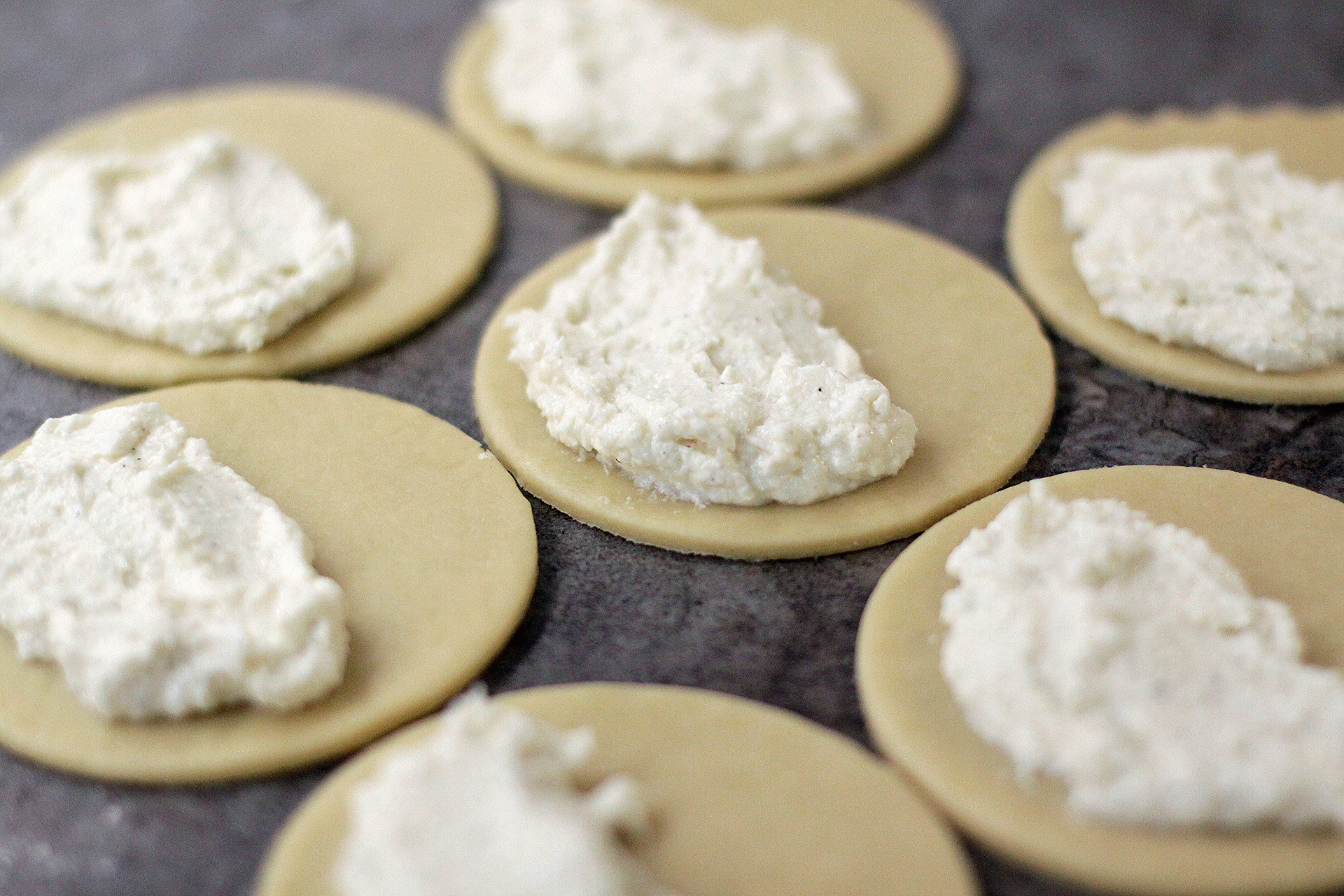 Don’t pinch the edges of your sochniki: the stuffing should be just visible. Next, make the egg wash by whisking an egg yolk with a little water and brush the pastries with it. Place on a baking tray and bake for about 25 min at 200 °C (400 °F) in a pre-heated oven until the sochniki are golden-brown. 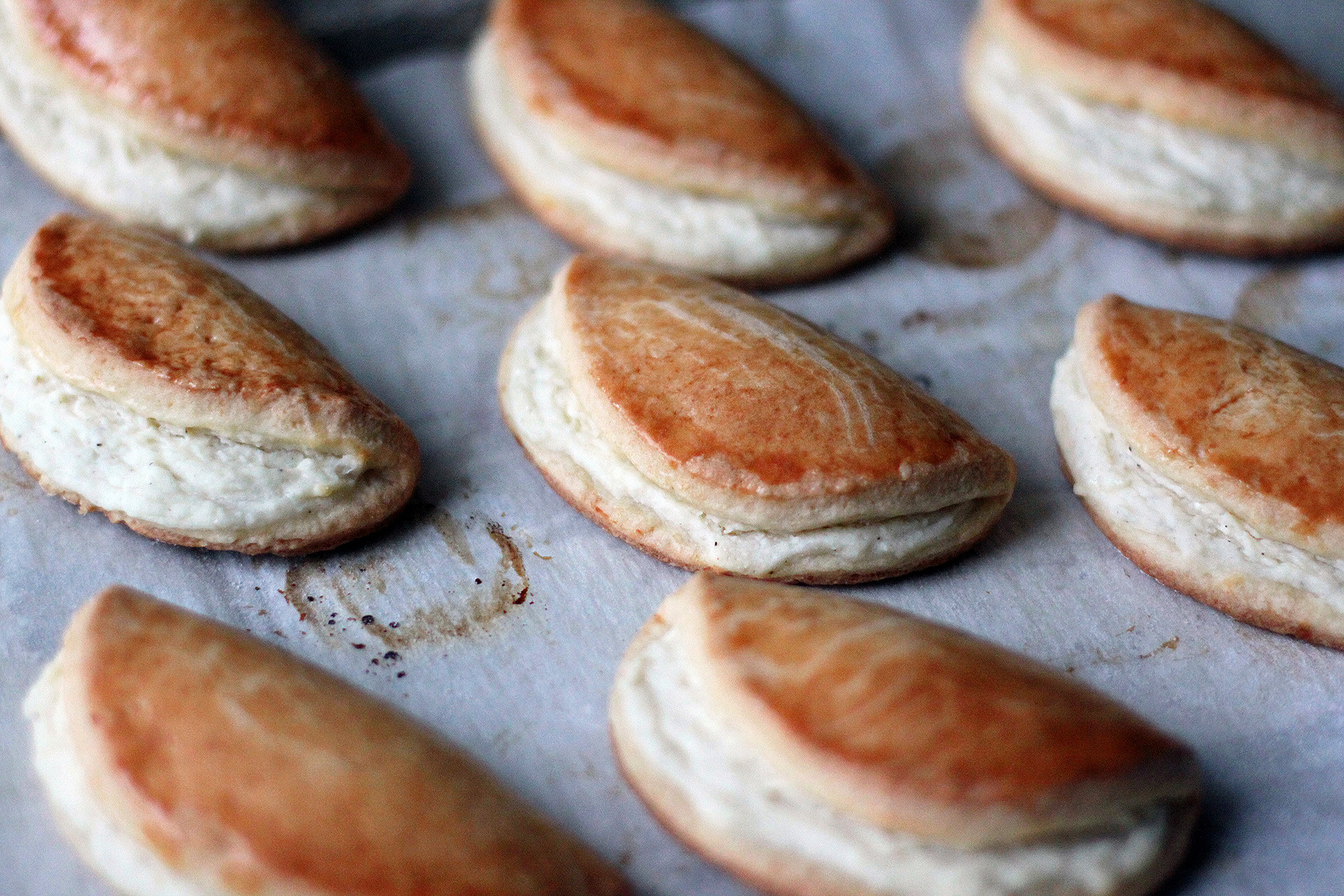 The unique dough in this recipe makes the pastry incredibly soft and rich. The key is to eat sochniki when they are cold: wait until they cool down completely and enjoy with tea or a glass of milk. 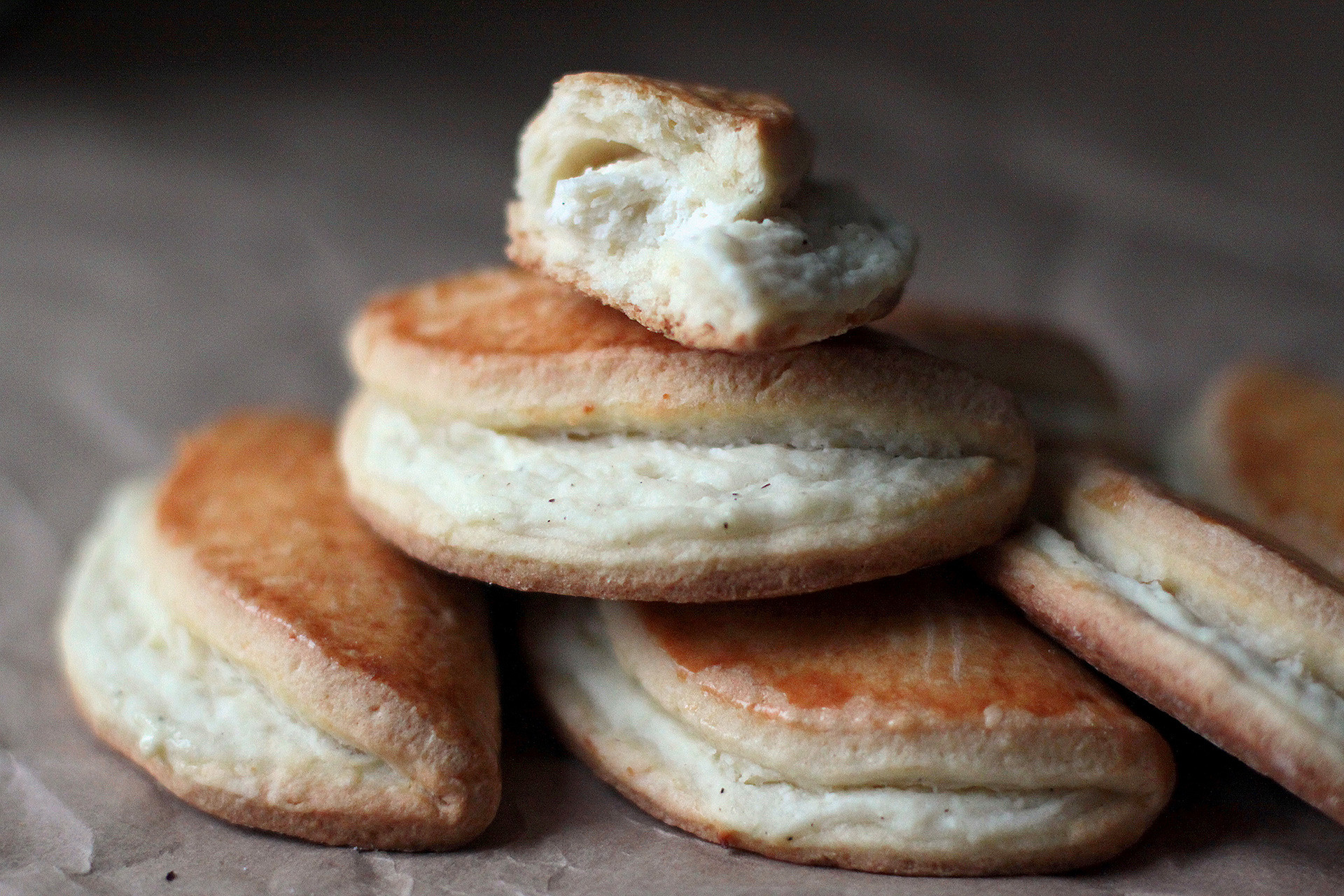