How COVID-19 vaccination is proceeding in Russia 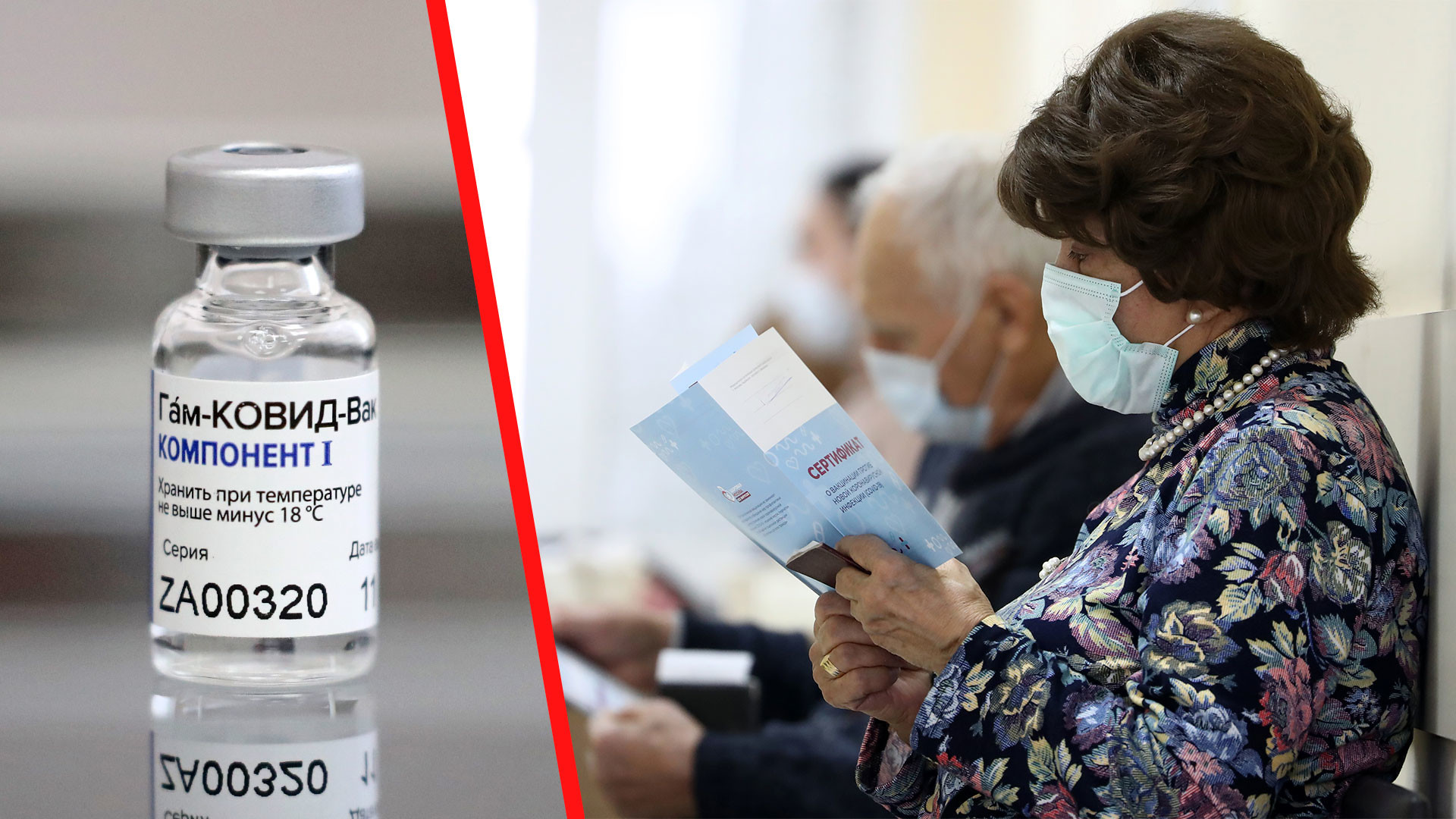 A. Novoderezhkin; S. Savostyanov/TASS
On December 4, 2020, Russia launched large-scale vaccination against the novel coronavirus with its Sputnik V vaccine. Starting from January 18, by order of Russian President Vladimir Putin, a mass vaccination campaign is to begin across the country. How many Russians have already been vaccinated, what side effects occur in the first days after the jab, and who is forced to get inoculated under threat of dismissal?

"Sooner or later, everybody will get infected, and the vaccine has fewer side effects and risks than the coronavirus itself," says Dmitry Lushnikov, PR director for the Russian social network VKontakte, explaining his decision to get the jab.

When he came to his local clinic in mid-December to get the first dose of the vaccine (Sputnik V is administered in two doses), there were only two other people there besides himself. However, when three weeks later he came to the same clinic to get the second shot, there was a queue of people, he says.

“At the clinic they basically took me by the hand to see all the necessary specialists and thoroughly checked my condition. Everyone who had cold or flu symptoms was sent through another entrance to another floor, so that those who came to get vaccinated did not intersect with them,” Lushnikov recalls.

This is how vaccination began in Moscow in December 2020. At a meeting with cabinet ministers Russian President Vladimir Putin referred to it as “large-scale” and said that from January 18, 2021 mass vaccination should begin.

"I want you to prepare the relevant infrastructure. Thank God our vaccine does not require any unusual conditions for shipping or transportation like a temperature of minus 50 or 70 degrees. Things are much simpler and more efficient with us," Putin said. 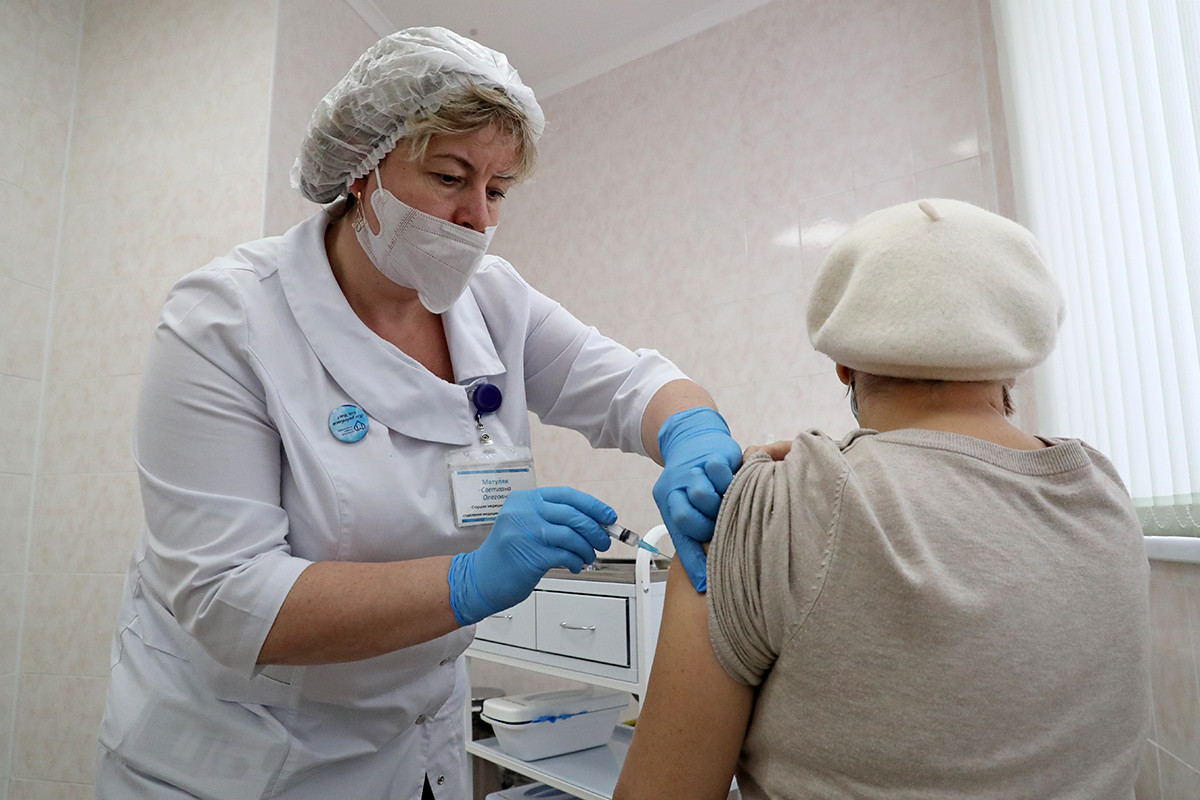 So far, according to the Moscow mayor's website, COVID-19 vaccination in the capital is open to people over 60 years old, those with chronic conditions, college and university students over 18 years old, as well as those whose work involves interaction with a large number of people: employees of hospitals, schools, municipal social services, hotels, restaurants, hairdressers, as well as banks, churches and cinemas. The list also includes journalists.

In St. Petersburg, similar criteria apply, although priority is given to doctors, social workers and people with chronic conditions. In the Moscow Region, vaccination is open to anyone over 18 who does not have potential complications, while in other regions, priority too is given to doctors and social workers. In all state clinics, the coronavirus vaccination is free of charge.

Vaccination is also available in private clinics in Moscow: for example, the Medsi chain of clinics offers it to people who are official Moscow residents The mandatory medical checkup before vaccination costs 1,850 rubles, but the vaccine itself is free. In addition, the vaccine is available in 15 more private clinics, with agreements for future supplies signed with 34 more medical establishments, the Moscow deputy mayor in charge of social development, Anastasia Rakova, said on January 14, 2021.

For the time being, the vaccine is not administered to under-18s who have an acute respiratory viral infection, as well as pregnant or breastfeeding women, and whose chronic conditions are in an acute phase or people who took part in COVID-19 vaccine clinical trials in order  not to distort their results.

“I had the first jab in December. On the first day, I felt sleepy and by the evening of that day it felt as if I was falling ill. <...> On the second day, by the evening, the shoulder (where the injection was made) began to ache and I developed a headache, but there was no fever. <...> For a night I couldn't lie on the arm where the shot had been administered because it hurt. From the third day on, all the symptoms were gone,” Dmitry Lushnikov described the side effects in a post on Facebook. 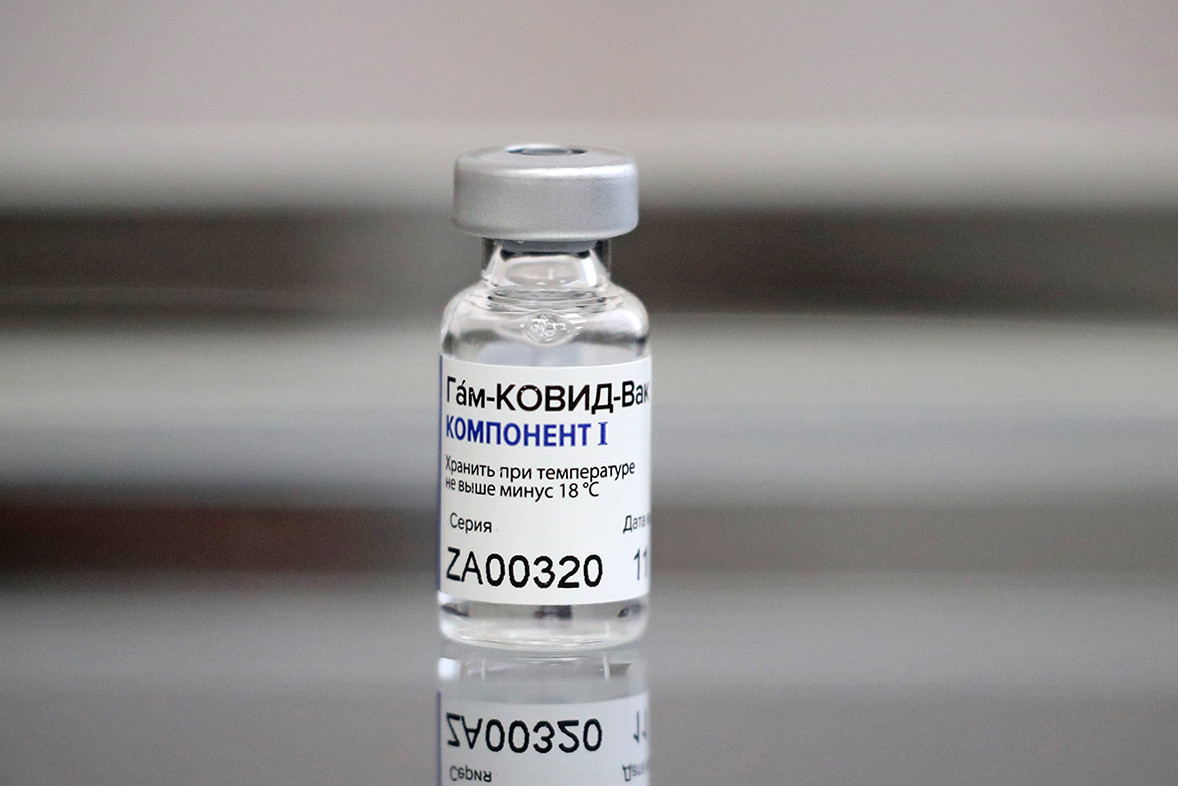 After the second shot, Lushnikov could not sleep all night, feeling at times hot and at times cold, the next day he felt sleepy and his shoulder hurt, after which any side effects disappeared.

Dmitry Pesterev, an employee of a non-profit organization in Moscow, reported much more serious side effects after the first jab.

“For two days I had a fever of 39 degrees, my whole body ached, my old sports injuries began to hurt. I felt aches and pains all over my body, a chill and a terrible headache. Then it all suddenly disappeared. I hope this will not happen with the second jab,” Pesterev told Russia Beyond. 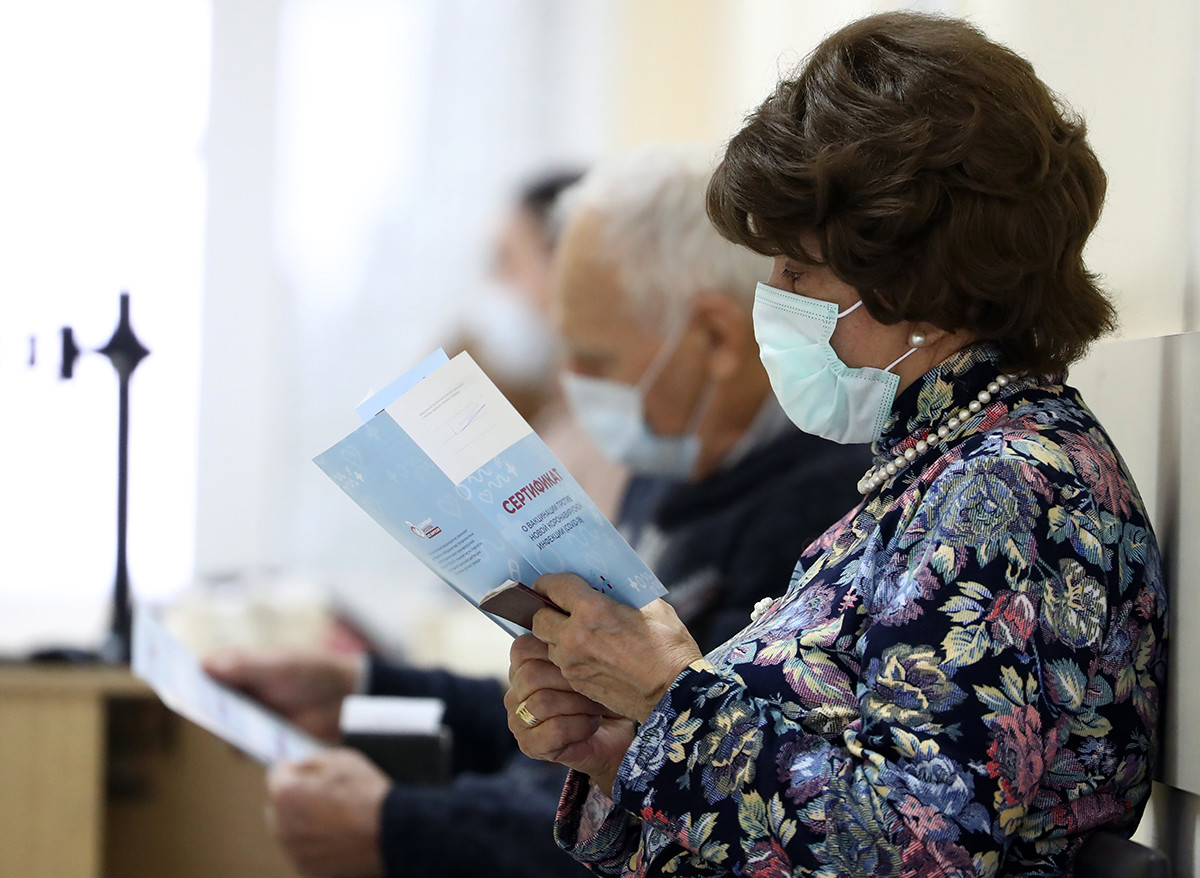 Moscow, Russia, January 14, 2021: people wait to receive the COVID-19 vaccine at the vaccination center of diagnostic polyclinic No. 121.

Alexander Kostikov, a director of communications, also had the jab and he said that he felt no side effects whatsoever.

“Before the New Year, my appointment was cancelled a couple of times because they could not gather five patients together - the vaccine comes in a frozen ampoule containing five doses, so it is defrosted only when they have enough people. Now, there are more people who want to get vaccinated, mostly pensioners when I was there,” Kostikov said.

“Incentives” and “bonuses” for vaccination

In the fall, with the onset of the second wave of coronavirus, Muscovites aged over 65, students over 18 years old, as well as people with chronic conditions, had their travel cards blocked, so they could no longer use public transport for free or at reduced fares, but only at full price. On December 29, 2020, Moscow Mayor Sergei Sobyanin announced that all citizens could enjoy their benefits again if they got vaccinated against COVID-19.

In the Sakhalin Region, those who get vaccinated against COVID-19 will be issued with a badge that will allow them not to wear face masks in public places, reported RIA Novosti, citing the press service of the local governor, Valery Limarenko.

“Some 52 percent [of respondents] do not want to get vaccinated. Among young Russians, in the 25-34 age group, the figure is even higher (70 percent),” says a summary of the findings. The majority of those who are opposed to vaccination cite fear and mistrust as their reasons, as well as the fact the vaccine has not been sufficiently studied and was developed too quickly.

Furthermore, late last year, Reuters reported that civil servants, public sector employees and staff of municipal services in Russia were being forced to get vaccinated under threat of dismissal. Russia Beyond has spoken to several employees of various municipal services in Moscow. One employee at Mosvodokanal, the municipal water supply company, complained of pressure from the management to get vaccinated.

“All that was happening between September and December. First, we were offered money, then time off, then they just started to bring up various oversights on our part, saying, 'Do you think we won't be able to find a reason to sack you?'" says our source at Mosvodokanal, who has asked to remain anonymous. 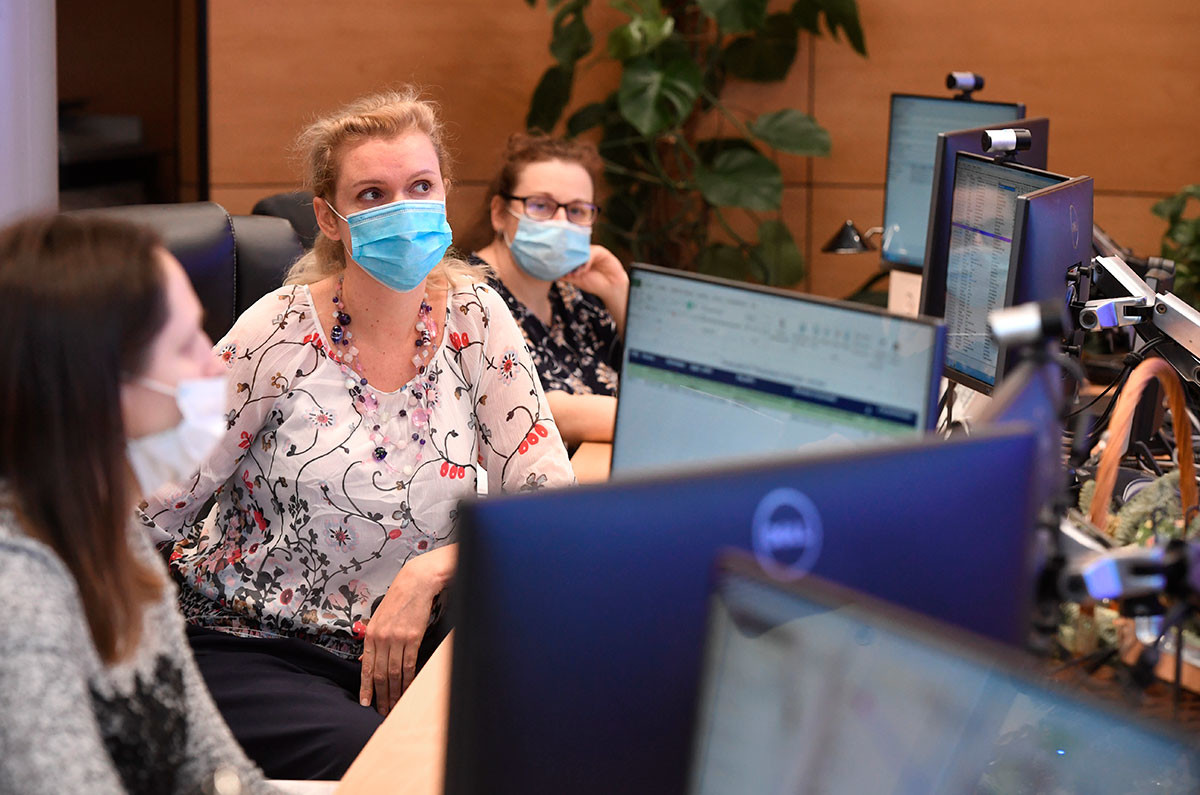 In late December 2020, journalist Anna Shafran published an audio recording with the head of Mosvodokanal, confirming those reports. According to our source, after that the threats stopped but appeals to get vaccinated continued.

“For example, today, January 14, is my day off, but I have already had five phone calls from work. When I picked up, I was told at length about how important it is to get vaccinated, how good and safe it was. Also, they told me that I would not have to do blood tests to confirm my antibody count and that vaccines would be administered at our place of work, not in a clinic. I don’t trust it,” the Mosvodokanal employee said.

Reports of threats of dismissal and appeals from the management were confirmed to Russia Beyond by an employee of a Moscow municipal service (who asked that the name of the organization and their identity not be made public).

“They threatened me with dismissal and I was already thinking of complaining to the prosecutor's office, but then I came down with coronavirus. It is not yet clear what will happen next. There is a lull following the New Year holidays, and I was just 'lucky' to get sick," the source said.

Sputnik Lite and tests of the Chinese vaccine

Sputnik V is not the only vaccine preparing for a mass launch. On January 11, 2021, the Russian Health Ministry issued permission to the Gamaleya Center to start clinical trials of a Sputnik Lite vaccine. This is the first component of Sputnik V, which offers immunity for a period of three to four months and has efficacy of about 85 percent, according to Alexander Gintsburg, director of the Gamaleya Center. Its use would make it possible to vaccinate tens of millions of people at once, said Russian President Vladimir Putin. The efficacy of the two-component vaccine is 93 percent and it creates immunity against the virus for a period of three years. 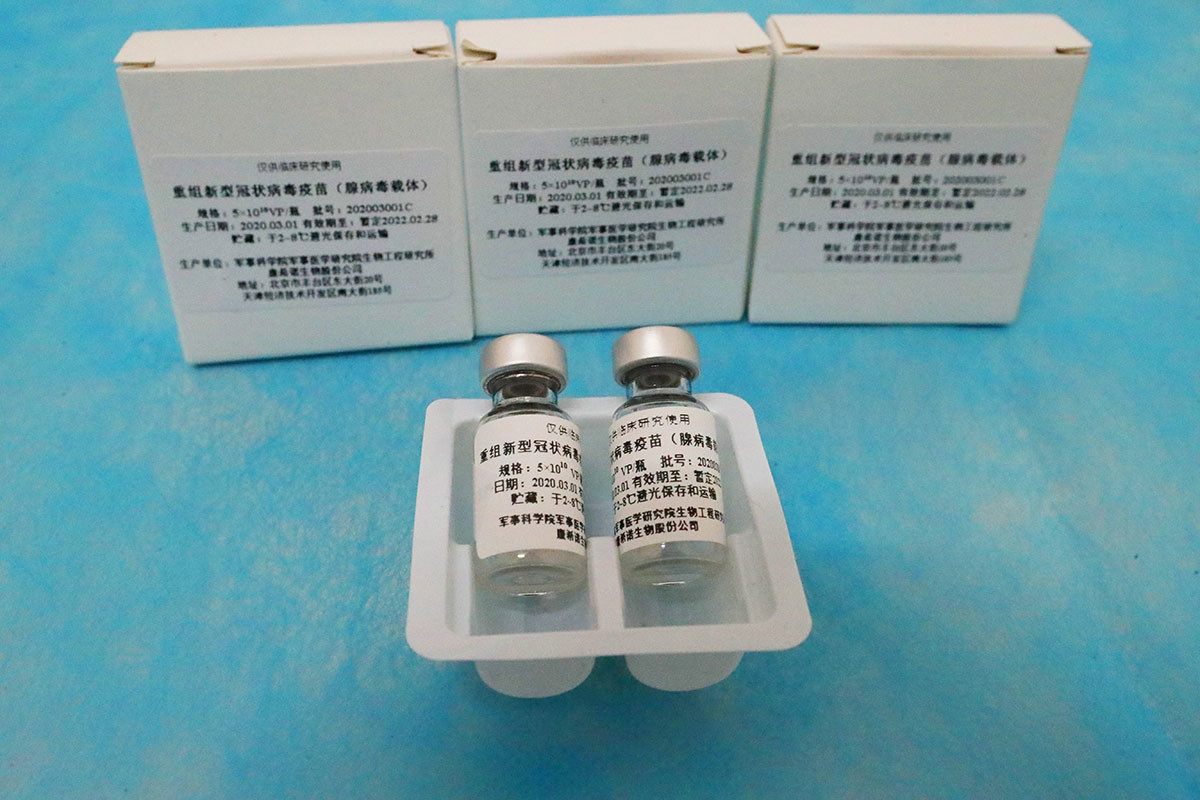 In addition, in the fall, Russia took part in the clinical trials of the Chinese vaccine, Ad5-nCov, which too showed high efficacy, Rossiyskaya Gazeta newspaper reports, citing the pharmaceutical company Petrovax, which conducted the trials. One of the participants, Anastasia Uglik, editor of Harper's Bazaar Russia, described her experience on Facebook.

“The side effects are exactly the same as those experienced by those (not everyone) who were vaccinated with Sputnik V: a fever for a day and a half, aches, weakness, fatigue, also the arm where the jab was made was a bit swollen and hurt. <...> The main difference is that the vaccine is a single-phase one, that is, there is just one injection,” Uglik wrote on Facebook.

However, it is not yet clear whether the Chinese vaccine will be registered in Russia.

“In theory, we may, of course, get imported vaccines against coronavirus. But they can become available here only after they are registered," Alla Samoilova, head of the healthcare watchdog Roszdravnadzor, told the TASS news agency on the sidelines of the Gaidar Forum on January 14, 2021.

Statistics and plans for vaccine supplies 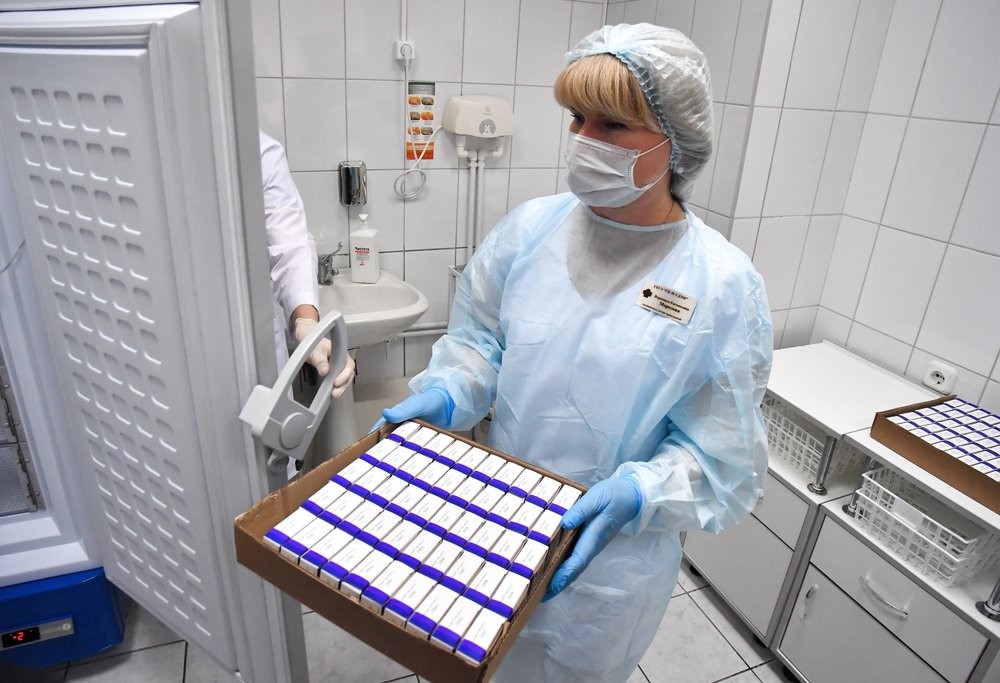 Delivery of the coronavirus vaccine to the city polyclinic No. 2

The exact number of people in Russia who have been vaccinated against the novel coronavirus is not known.

Deputy Prime Minister Tatyana Golikova said that government agencies were ready to step up the scale of vaccination.

"Before the end of January about 2,100,000 vaccine doses will be supplied (to the regions) and we shall have to considerably step up the vaccination campaign," she said.