20 PHOTOS of the Epiphany holiday in Russia 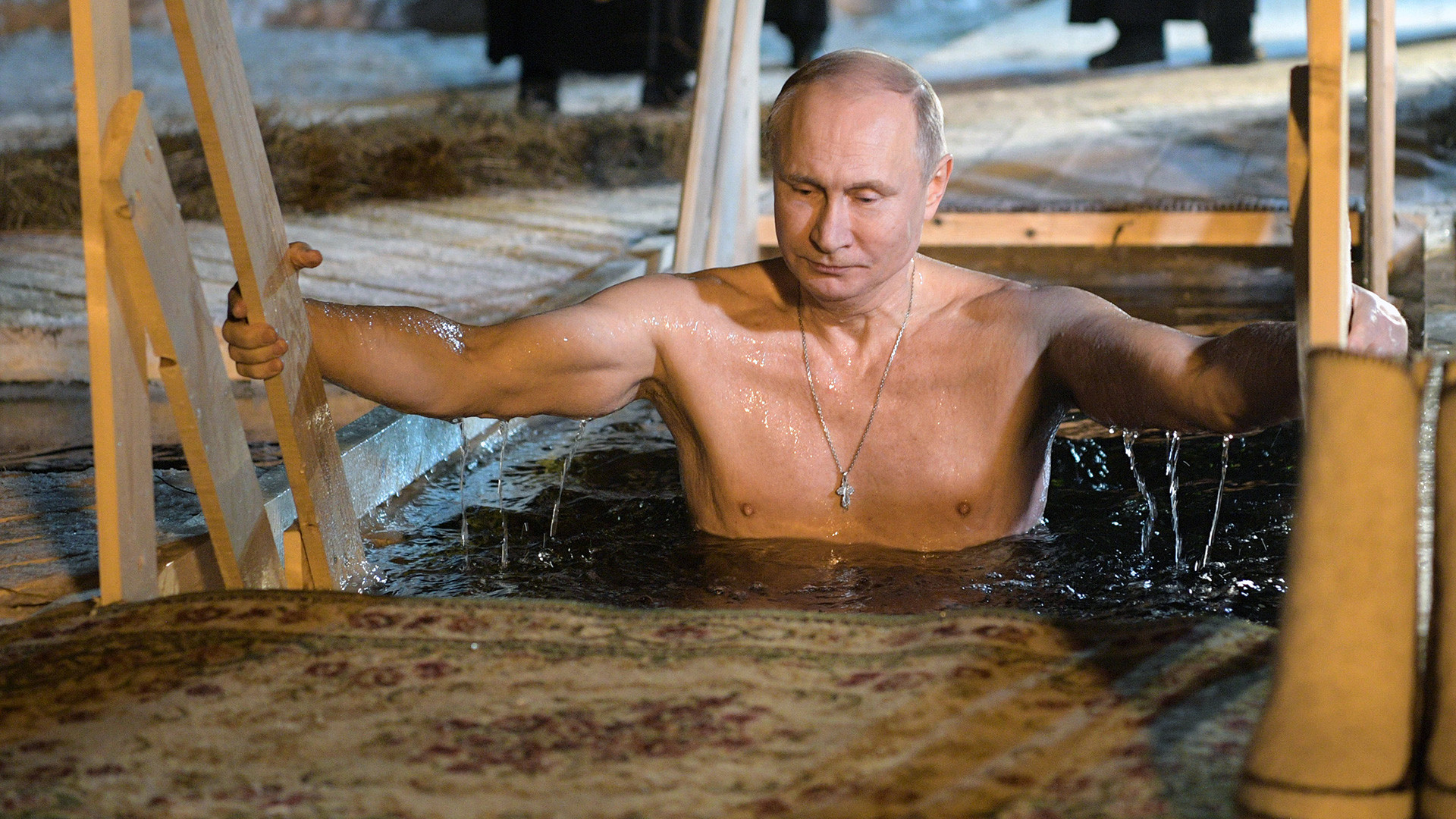 Alexei Druzhinin/Sputnik
Some people can’t imagine walking outside for a long time in mid January - the coldest time of the year. However, these guys and gals are brave enough to dive into an ice hole when it’s -20 Celsius outside.

Epiphany is one of the main Orthodox holidays and is celebrated across Russia on January 19. The weather during this time of the year is usually very harsh, and there’s even an aphorism - ‘Epiphany frosts’. But according to tradition, the night before the Epiphany and during the entire day people dive into an ice hole called ‘Jordan’ that is made in the form of the Holy Cross. This act symbolises the Baptism of Christ, and it looks bizarre considering that Jesus lived in a very warm part of the world!

1. The ‘Jordan’ cross prepared for bathing in the Moscow Region 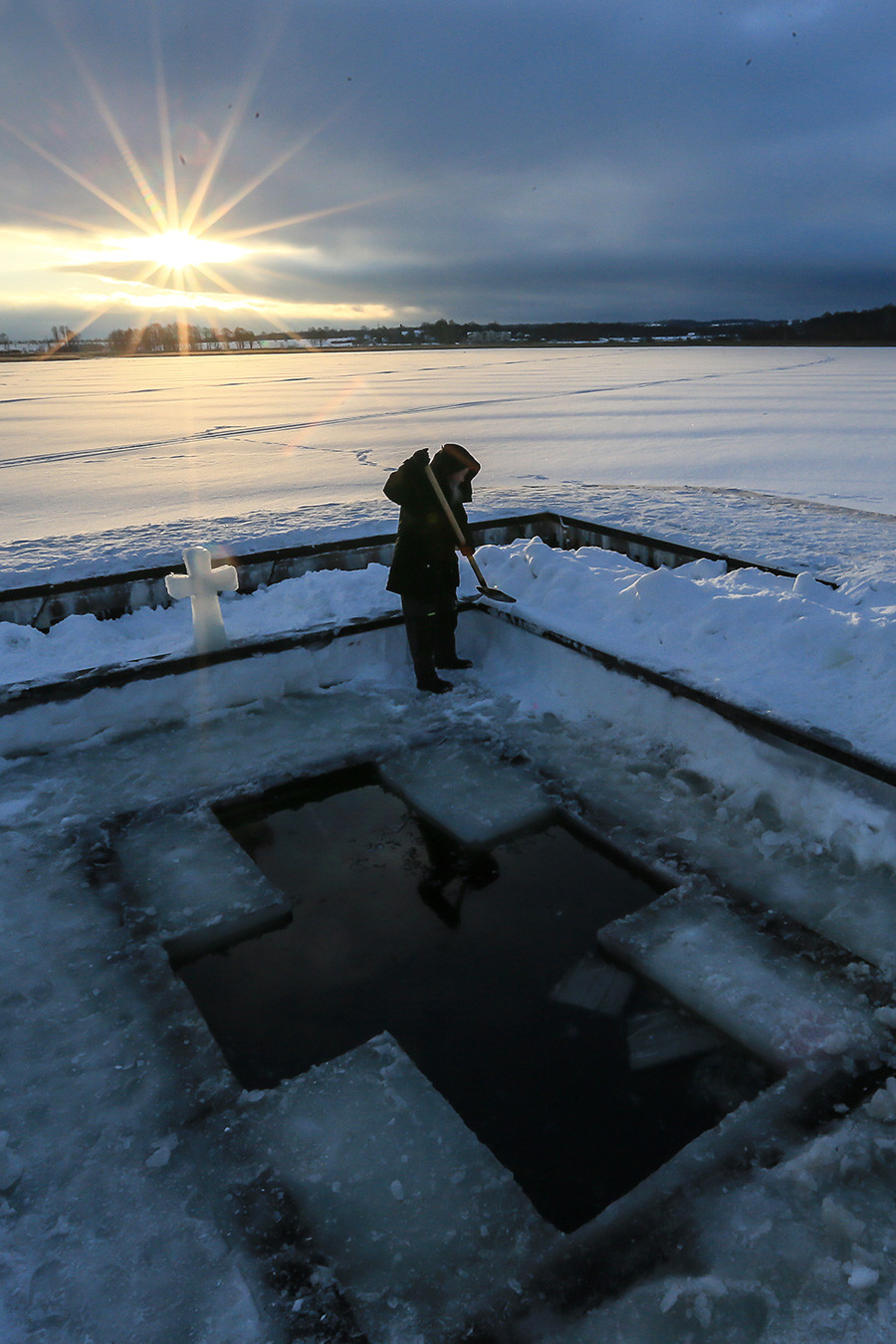 2. A man dives in the water in central St. Petersburg 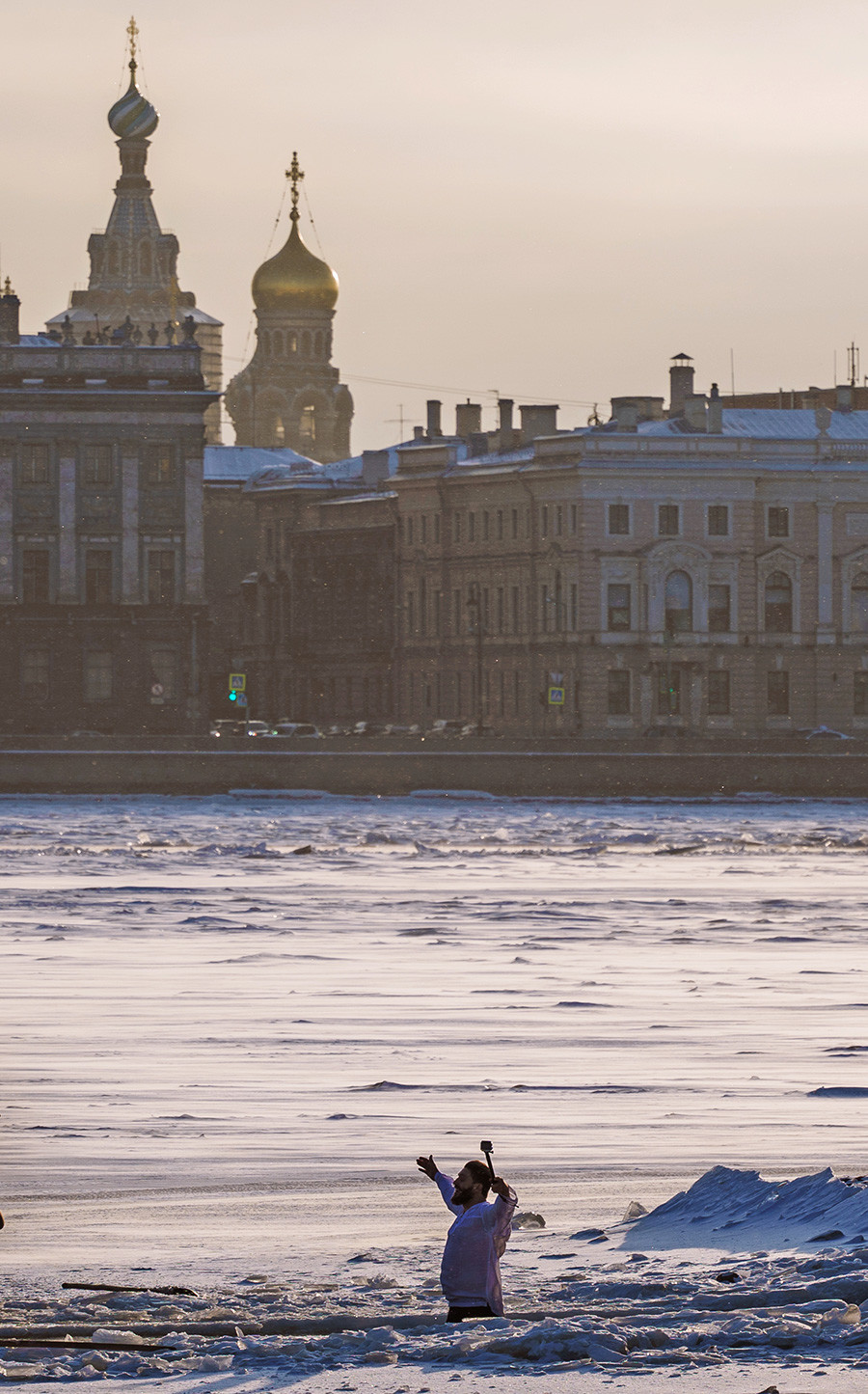 3. People lined up for diving in Vladivostok 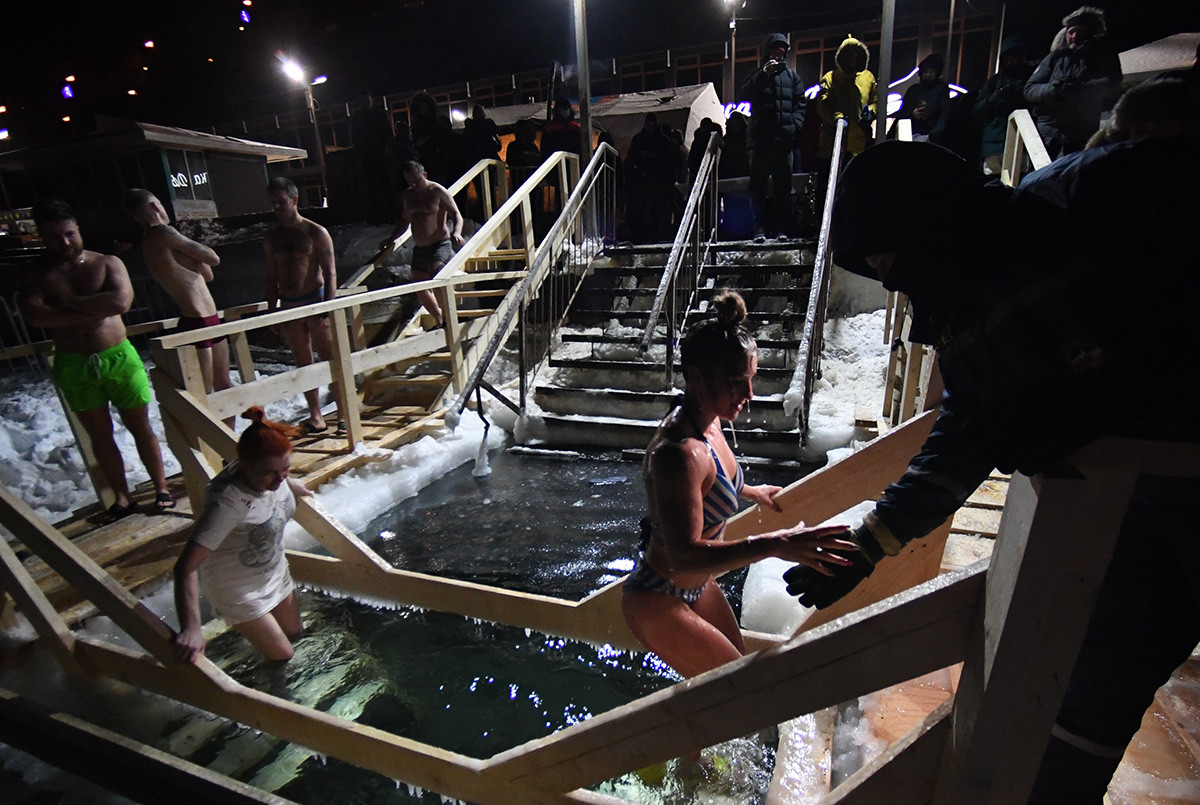 4. Bathing in Siberia - an ice hole on the Ob River in Novosibirsk 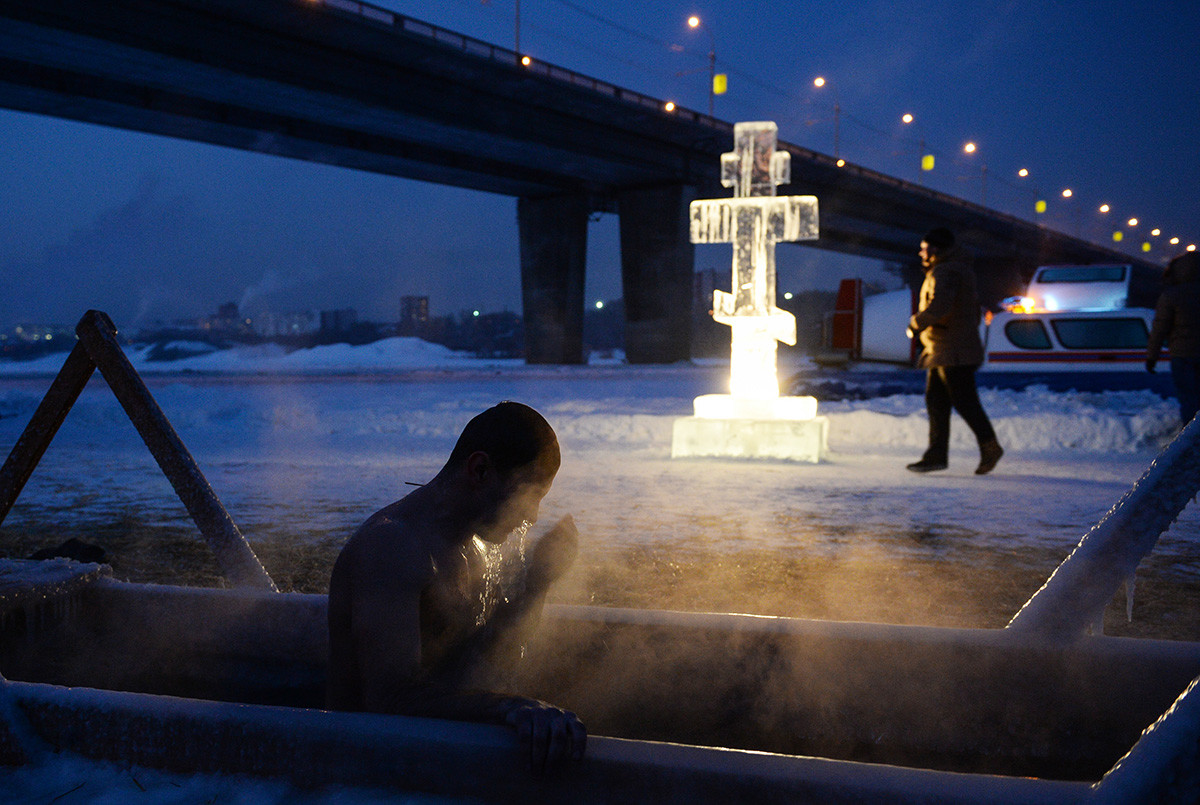 5. A priest blesses the water of the ‘Jordan’ ice hole made by Emergency Services officers 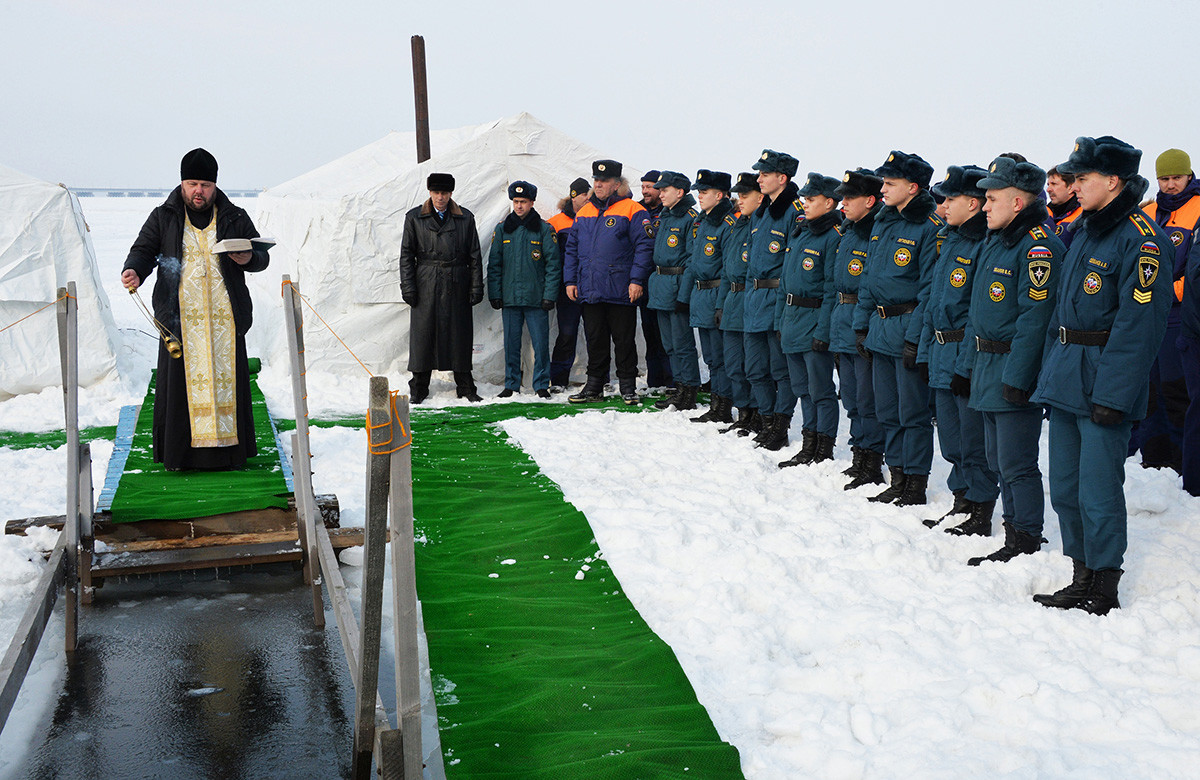 6. Everyone bathes in this water: men… 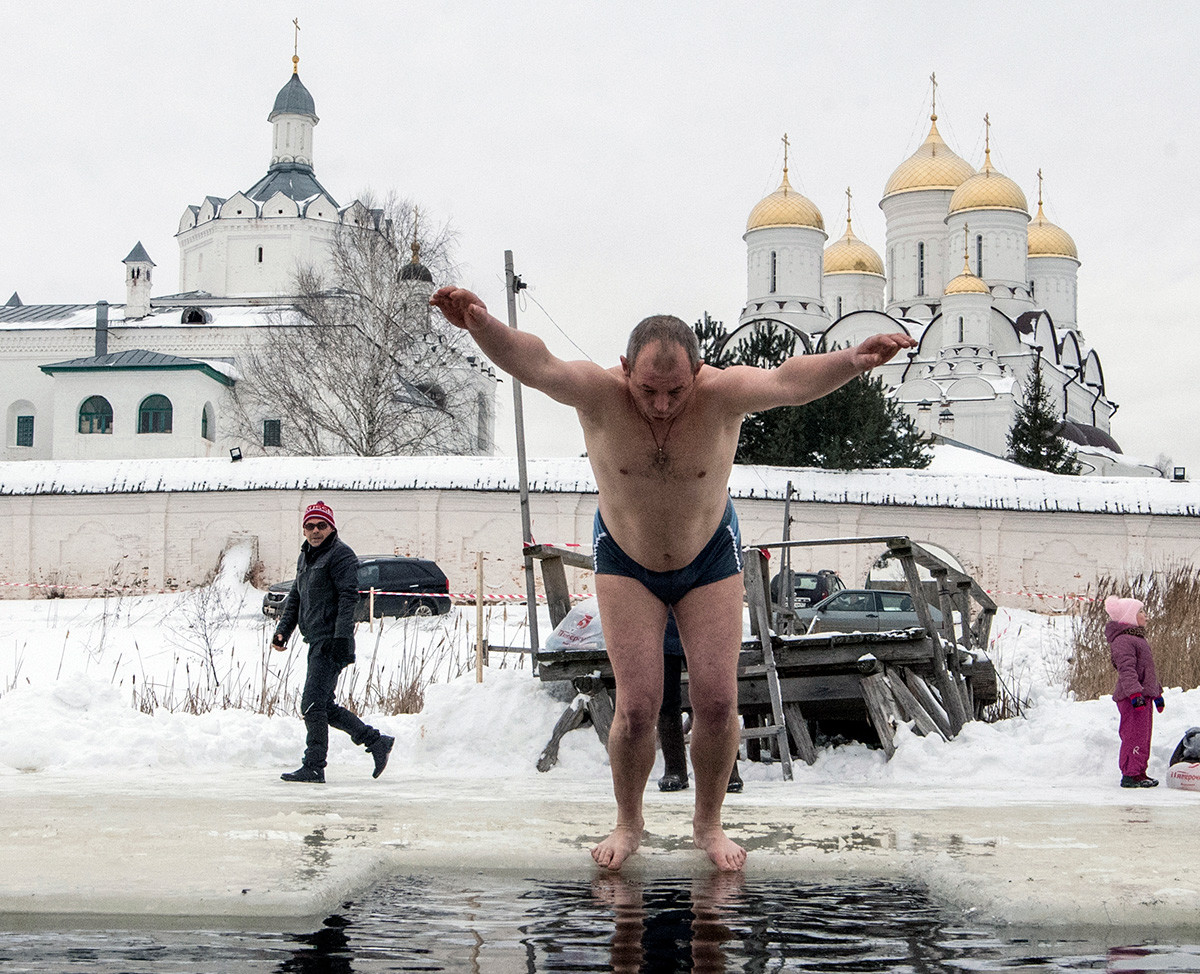 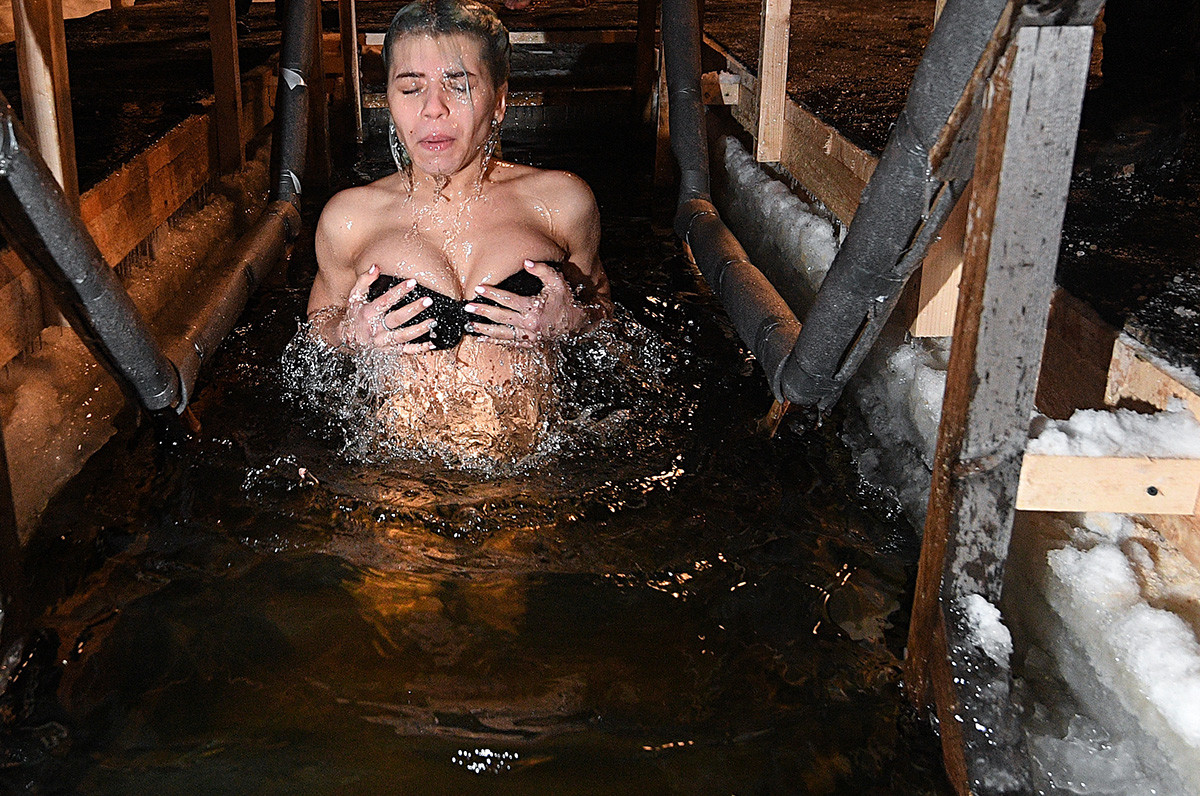 8. ...Or in Siberia, as this woman from Krasnoyarsk 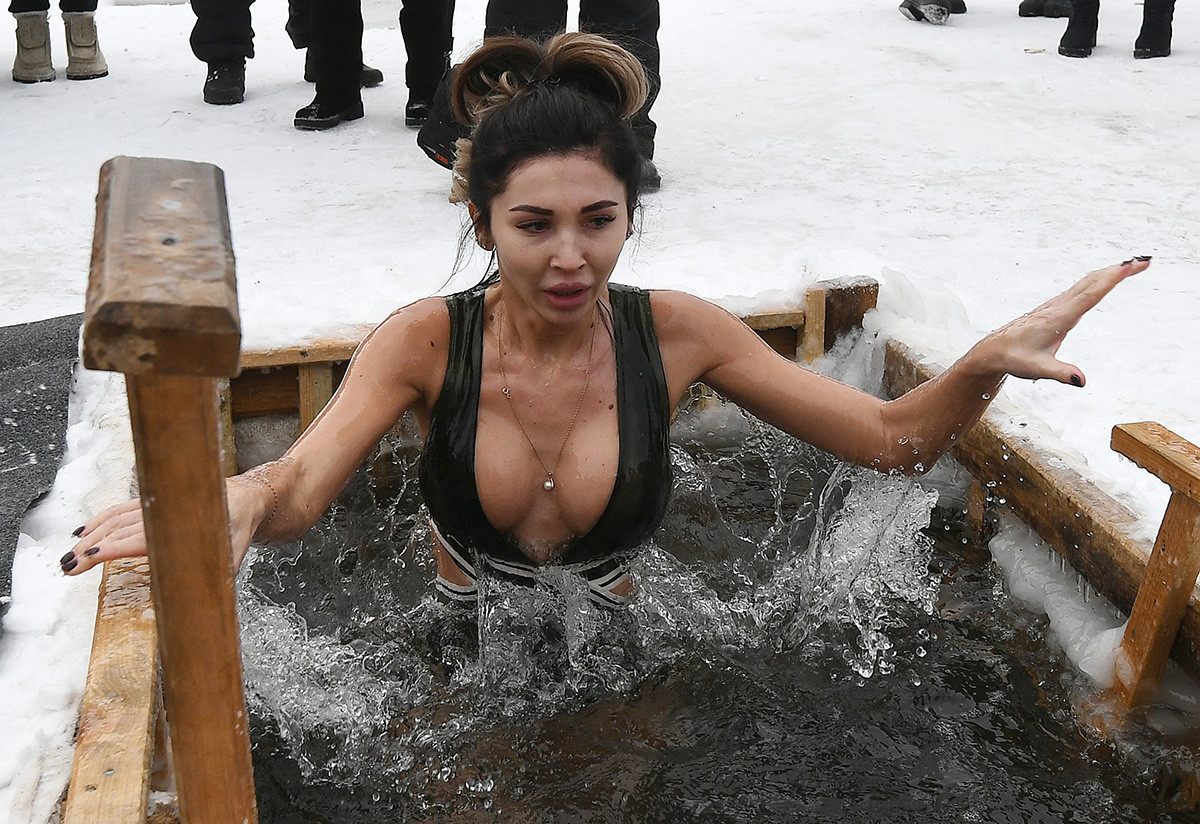 9. Kids are no exception 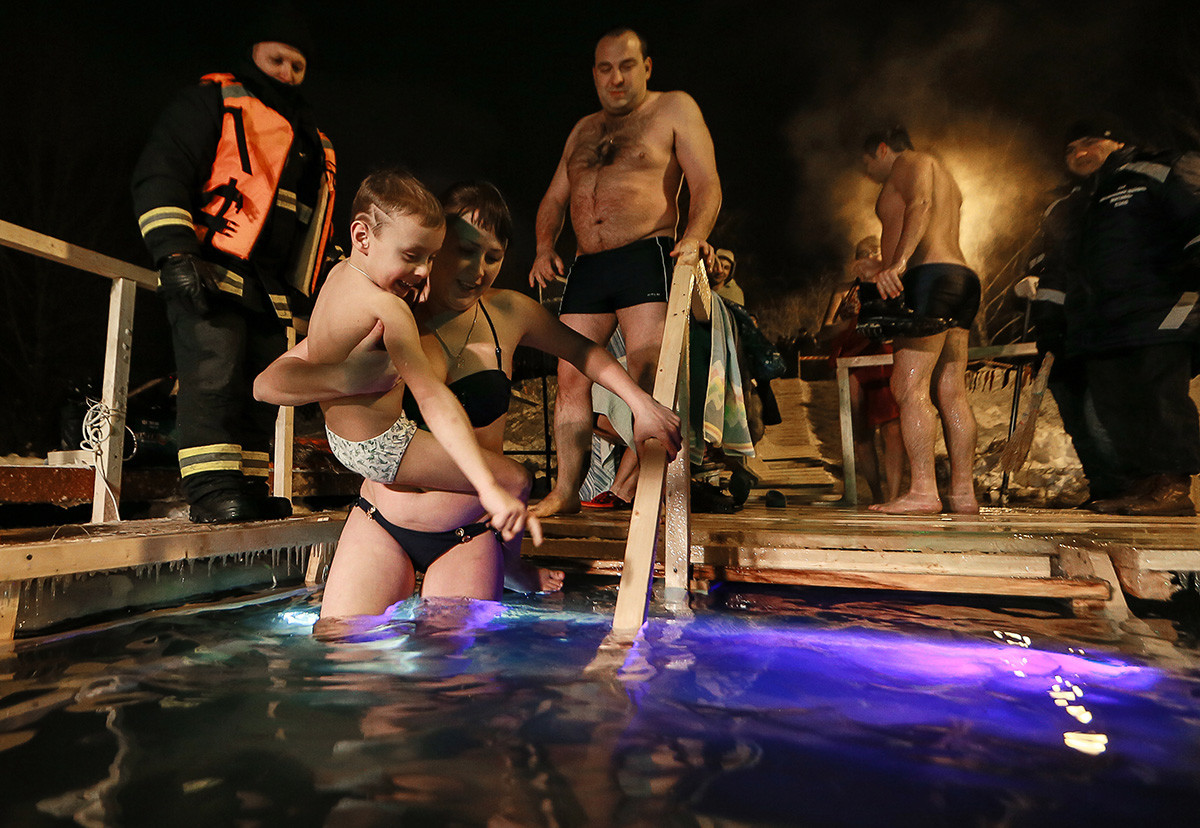 10. Even Vladimir Putin bathes in icy water on Epiphany 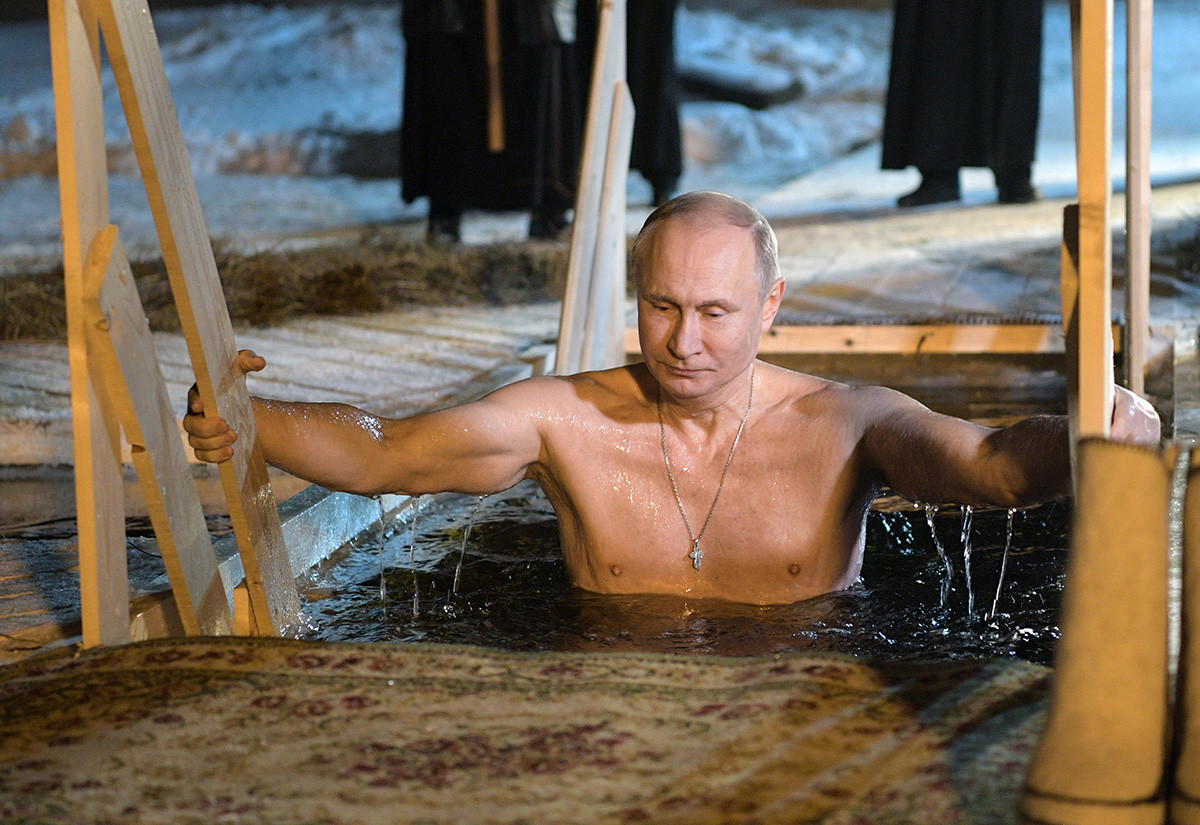 11. The ‘Jordans’ for bathing are made in lakes next to churches and monasteries as this one in Karelia 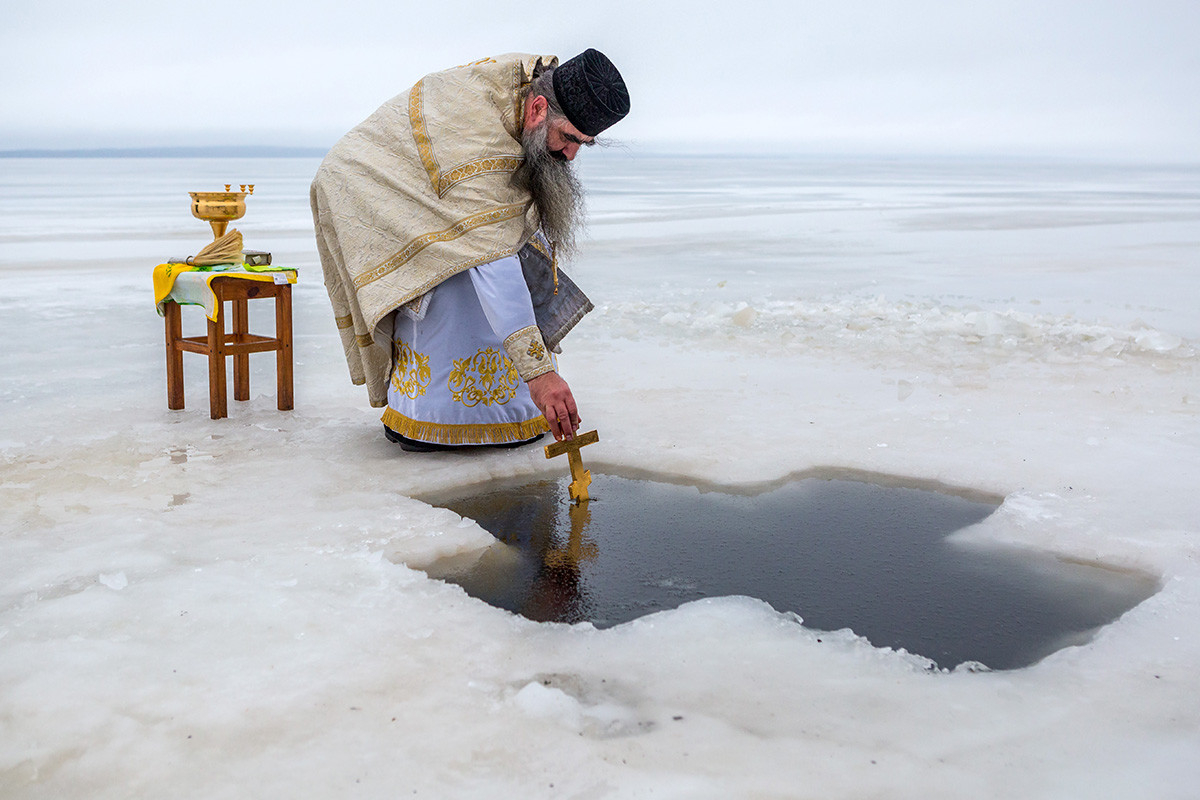 12. Or right in monasteries like this one in Valdai 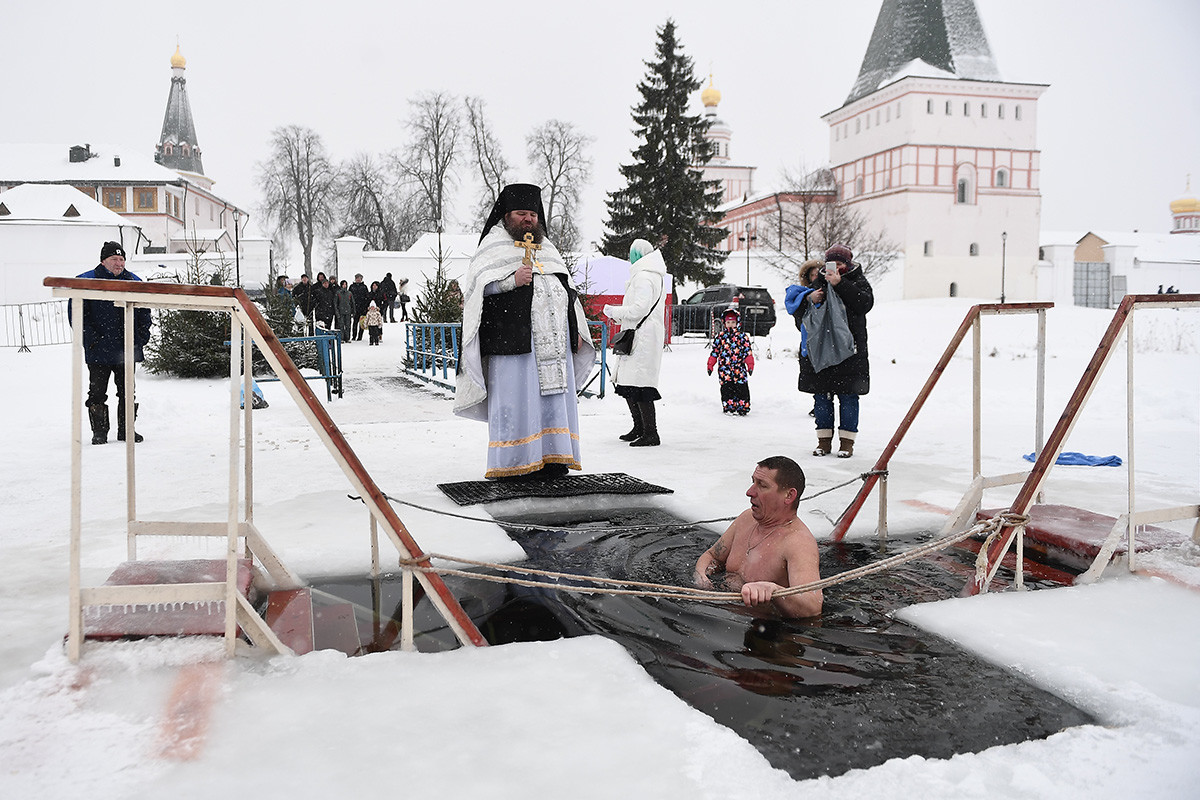 13. Special places for Epiphany baths are even made for convicts 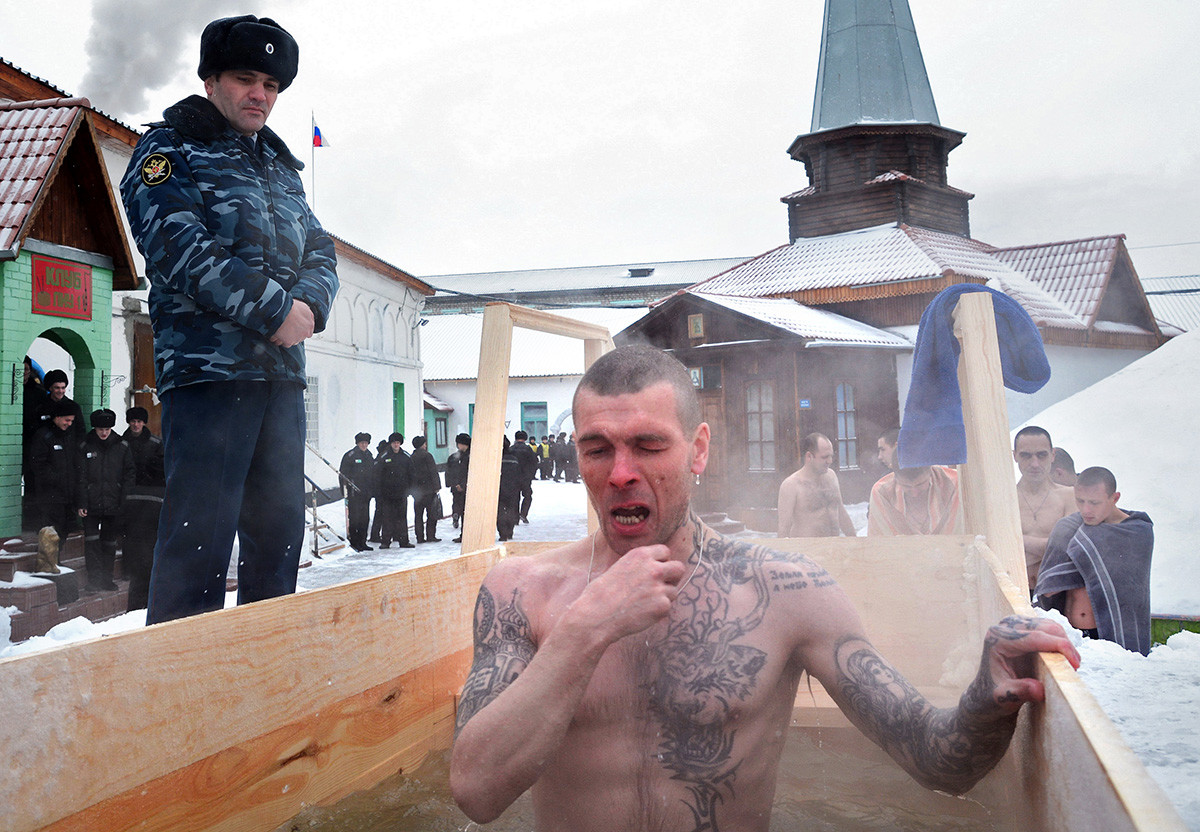 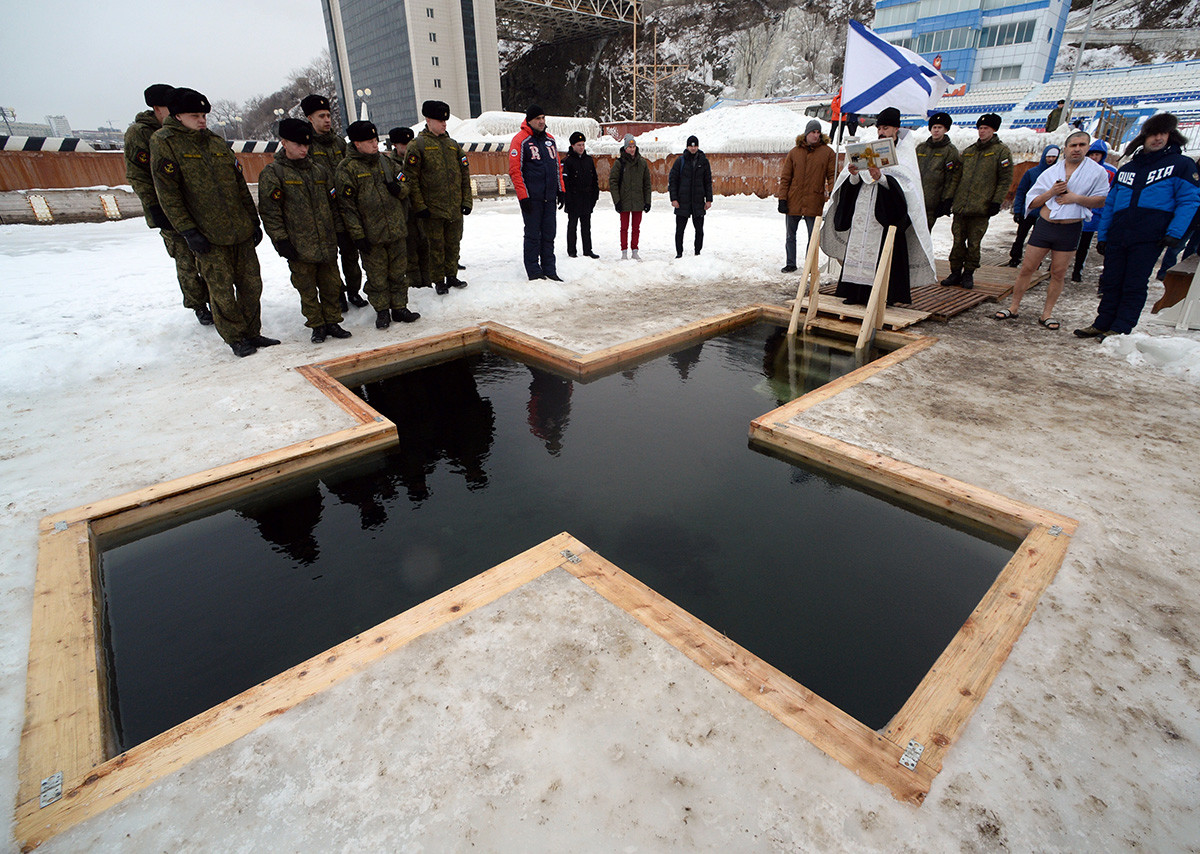 15. Special places for bathing are also set up in central Moscow 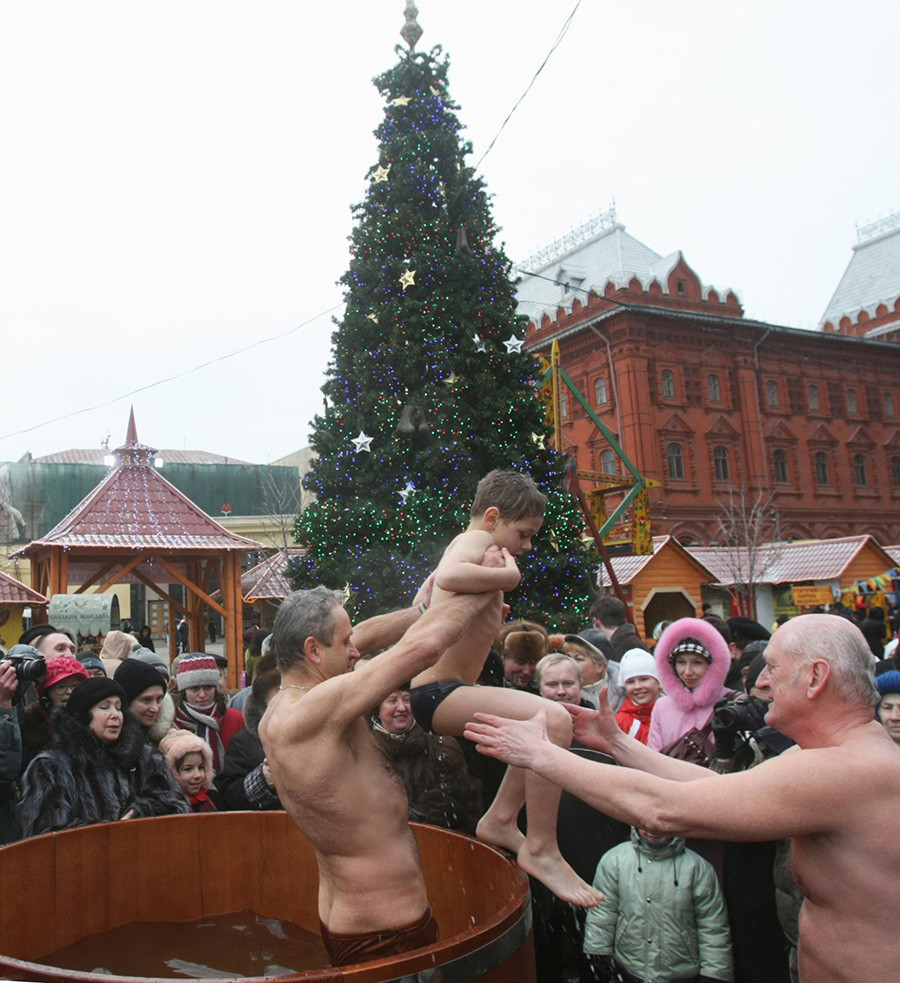 16. Near apartment building blocks in big cities - like this one in Novosibirsk 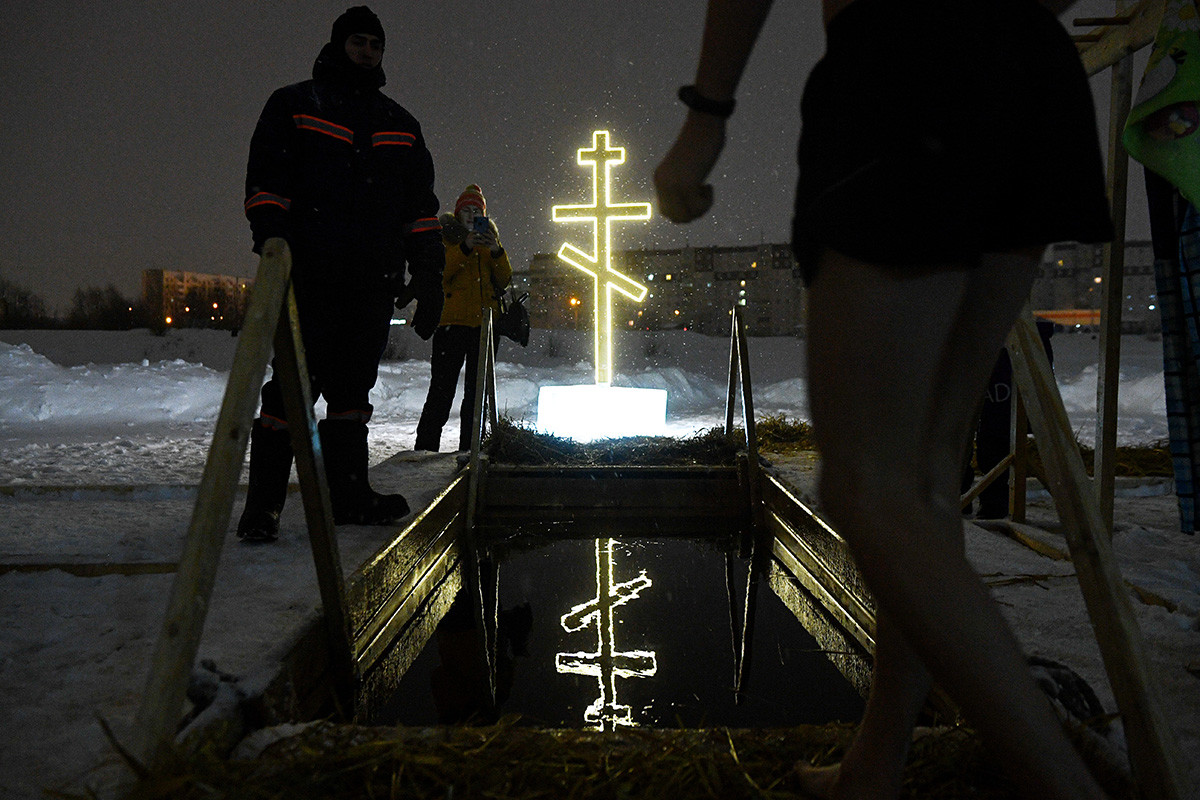 17. In incredibly picturesque remote places, like Divnaya Gora settlement in the Yaroslavl Region 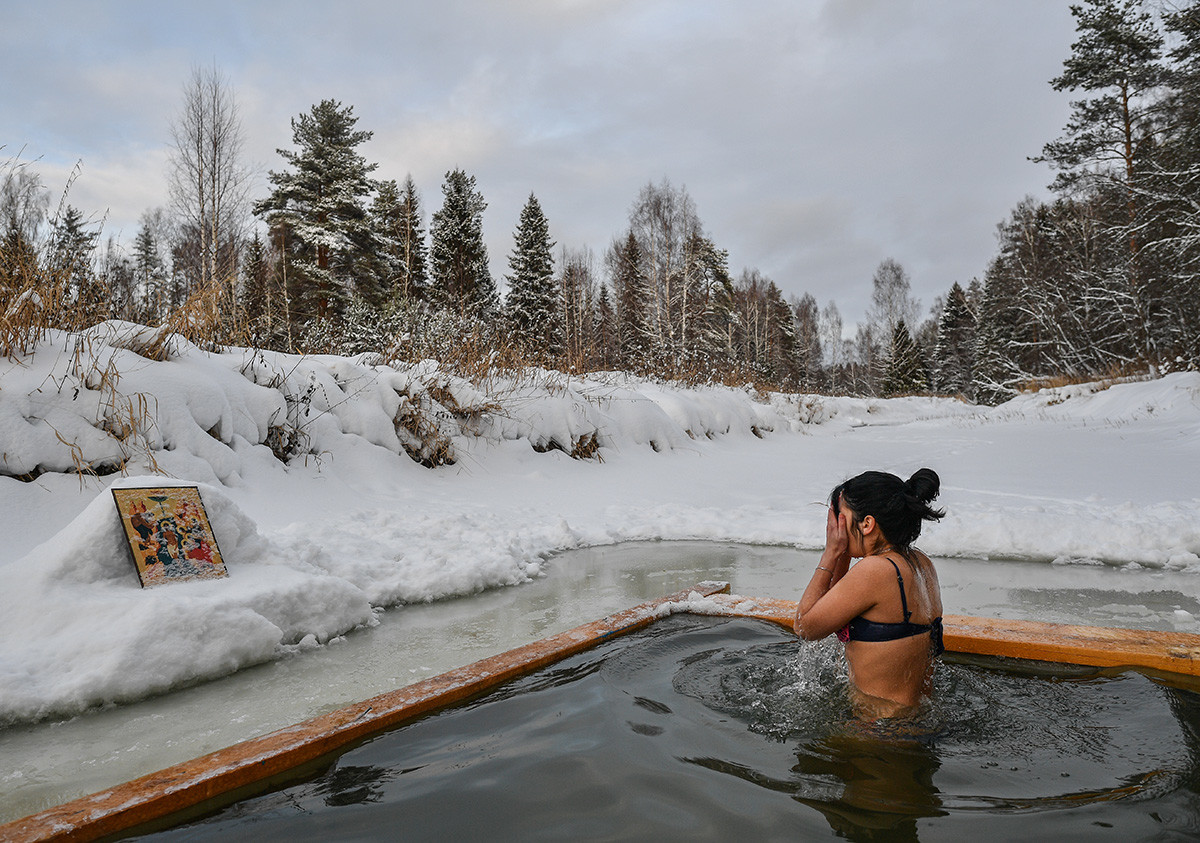 18. Sometimes there’s no need to make an ice hole - and people bath in the sea as in Crimea. Priests just bless the water in advance 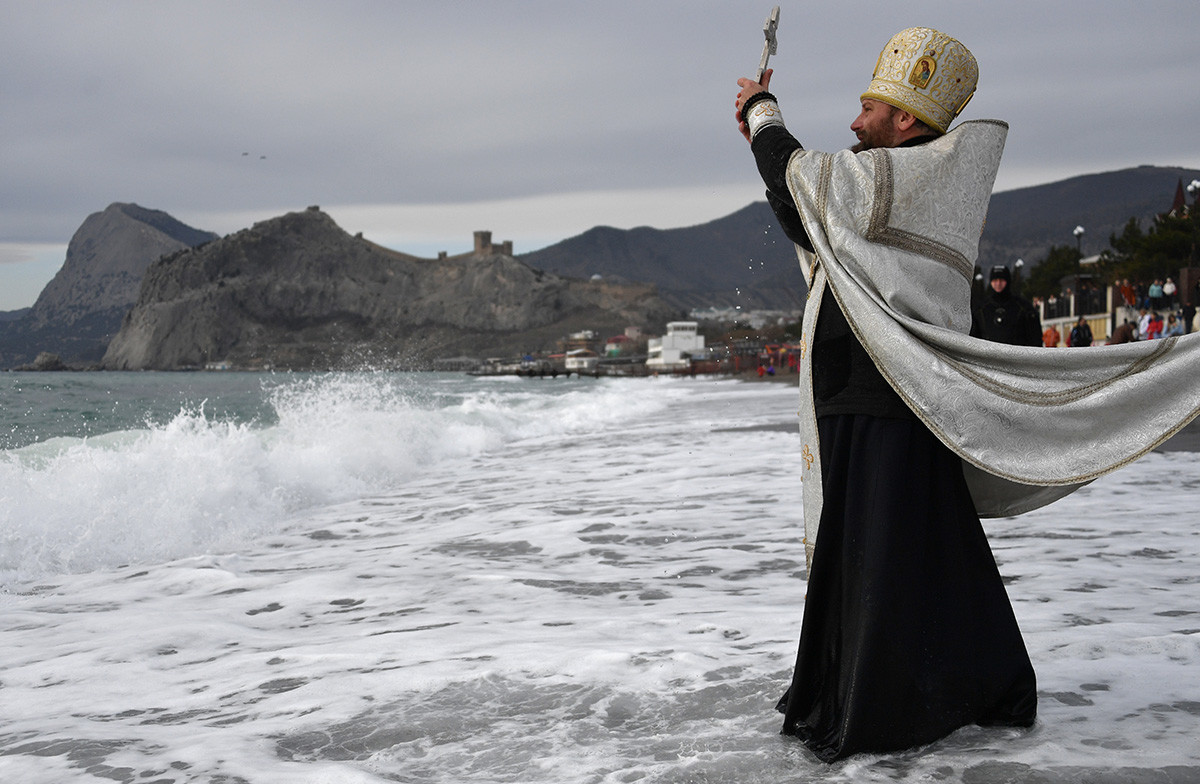 19. People of the southern Krasnodar Territory bath in waterfalls 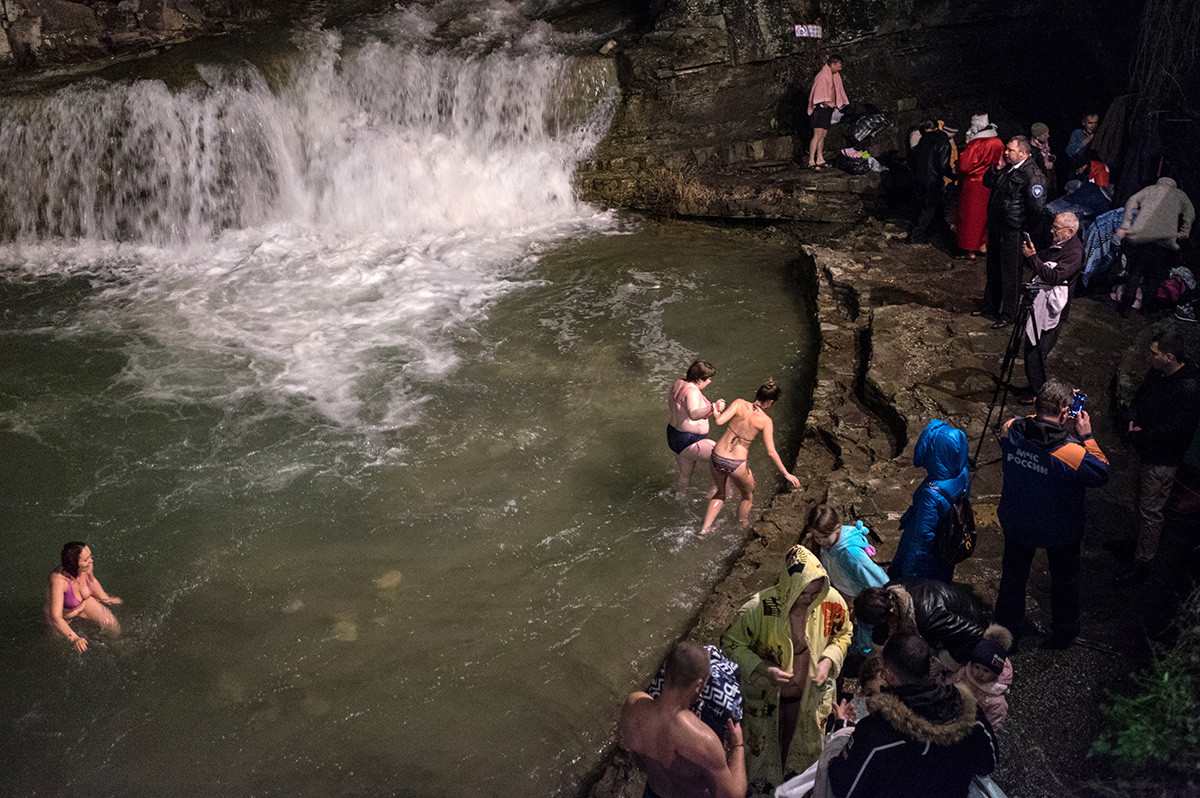 20. There are also non-freezing Holy Springs where people come to bathe 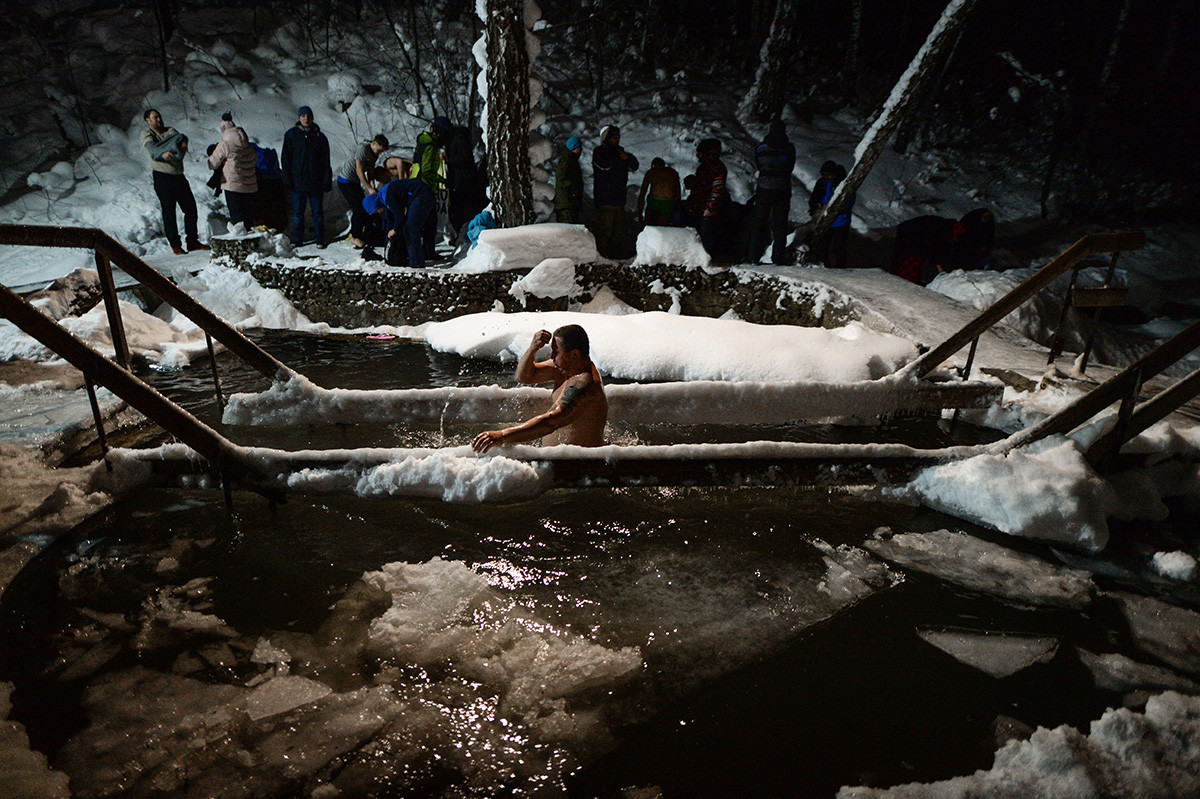