How is Christmas celebrated in Russia? 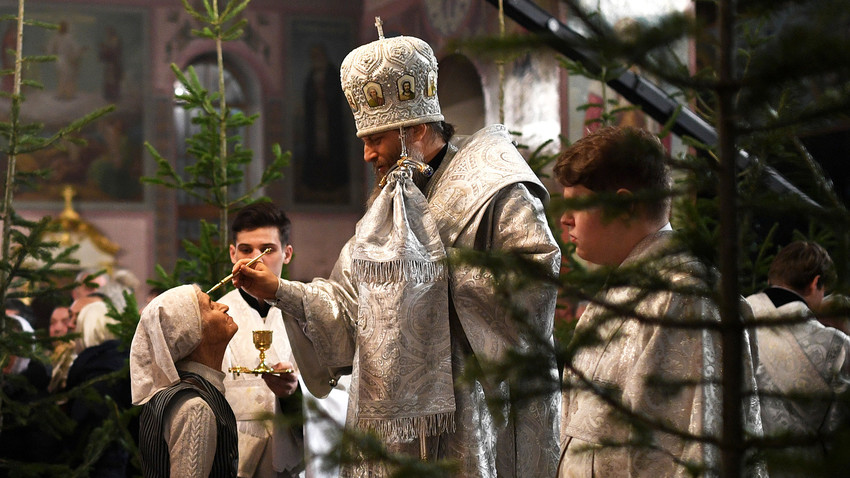 Alexander Kryazhev/Sputnik
Do they also wait for Santa’s gifts on December 25? Nope, Russians have a completely different Christmas traditions. And they celebrate it on ANOTHER day.

Russians celebrate Christmas on January 7 instead of December 25 (read why here). And for most of them, the main winter holiday is still New Year, when families gather together for a festive meal, present each other with gifts and decorate a pine tree (yes, they do all this on NYE!). Russians perceive Christmas, first of all, as a strictly religious holiday, and second as a family one. So, what do modern Russians actually do on this day? 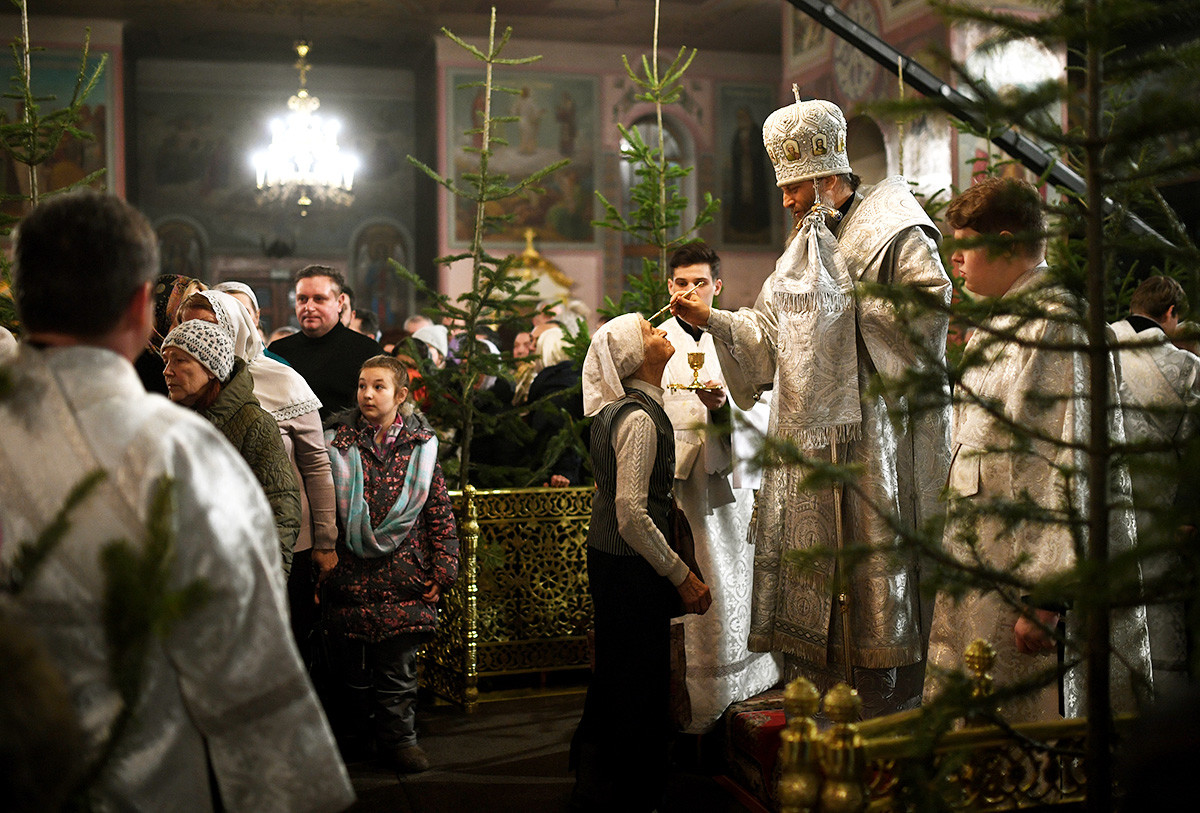 Orthodox Christians consider Christmas the second most important holiday (after Easter), and it includes fasting from November 28 to January 6. On the night from January 6 to 7 believers should visit the “nightlong vigil” and pray all night long. If they cannot attend the vigil themselves, they watch it on television: some state channels broadcast the liturgy from Moscow’s Cathedral of Christ the Savior. According to tradition (that not many Russians follow today), the religious family should also prepare a festive dinner on Christmas Day: kutia (sweet porridge), baked meat and fish, kulebyaka (a big pie with cabbage or mushrooms), and fruit desserts (like pastila).

However, most Russians don’t celebrate Christmas this way anymore. According to a recent survey, Christmas is celebrated by two thirds of Russians, only 19 percent of which actually visit church on Christmas night. 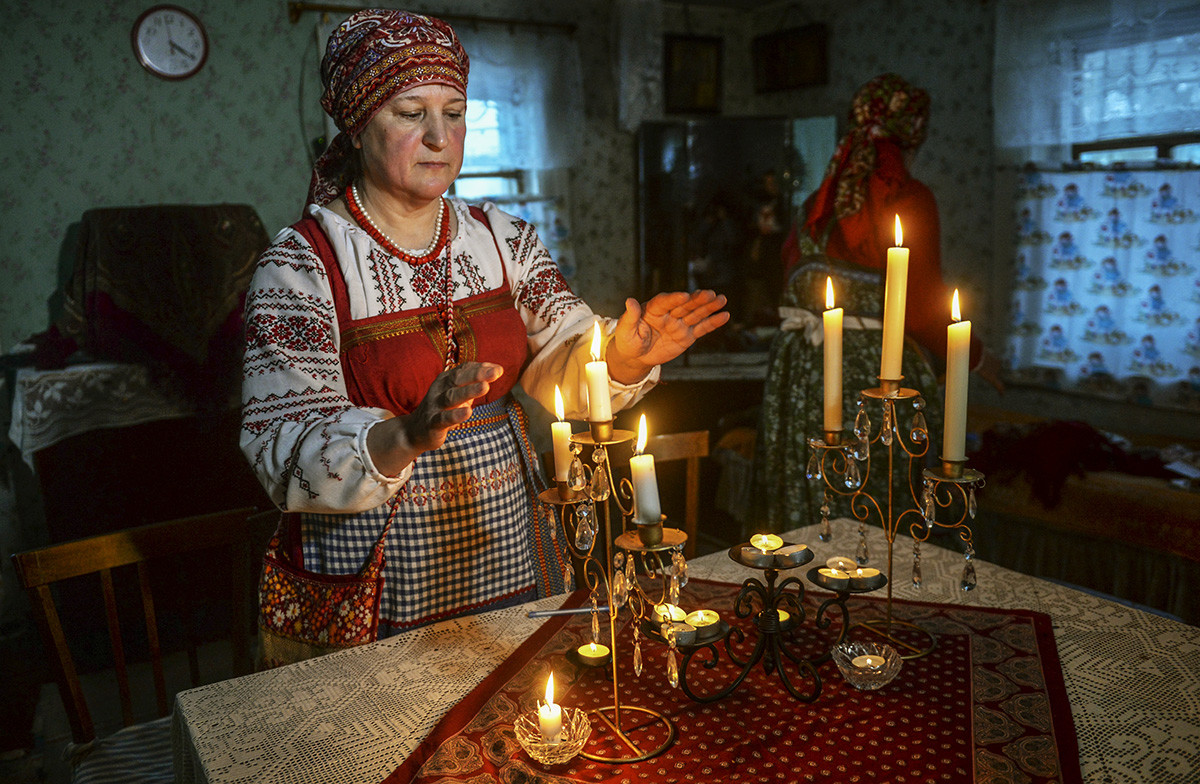 One of the most popular Russian Orthodox Christmas traditions is fortune-telling on Christmas Eve. The time from January 6-19 (Epiphany) is called “svyatki” (from the word “holy”) – and has deep pagan roots, so deep in fact, that even the church couldn’t ban it outright. Slavic folks believed that it was the time when spirits would run wild – and used it to predict their future. While peasants tried to guess the weather and the harvest, young ladies thought of their grooms.And some girls still do it today!

Valentina from St. Petersburg says her favorite fortune-telling ritual is melting candle wax and then guessing the destiny, according to the resulting wax formation. Among other surest ways are burning paper and looking for ash – or laying out cards. Yulia from Nizhny Novgorod prefers to just light a candle and predicts the future looking at its shadows on the wall. She does it with her mother. Besides predicting, some Russians write plans for the next year and compare them with the previous ones. 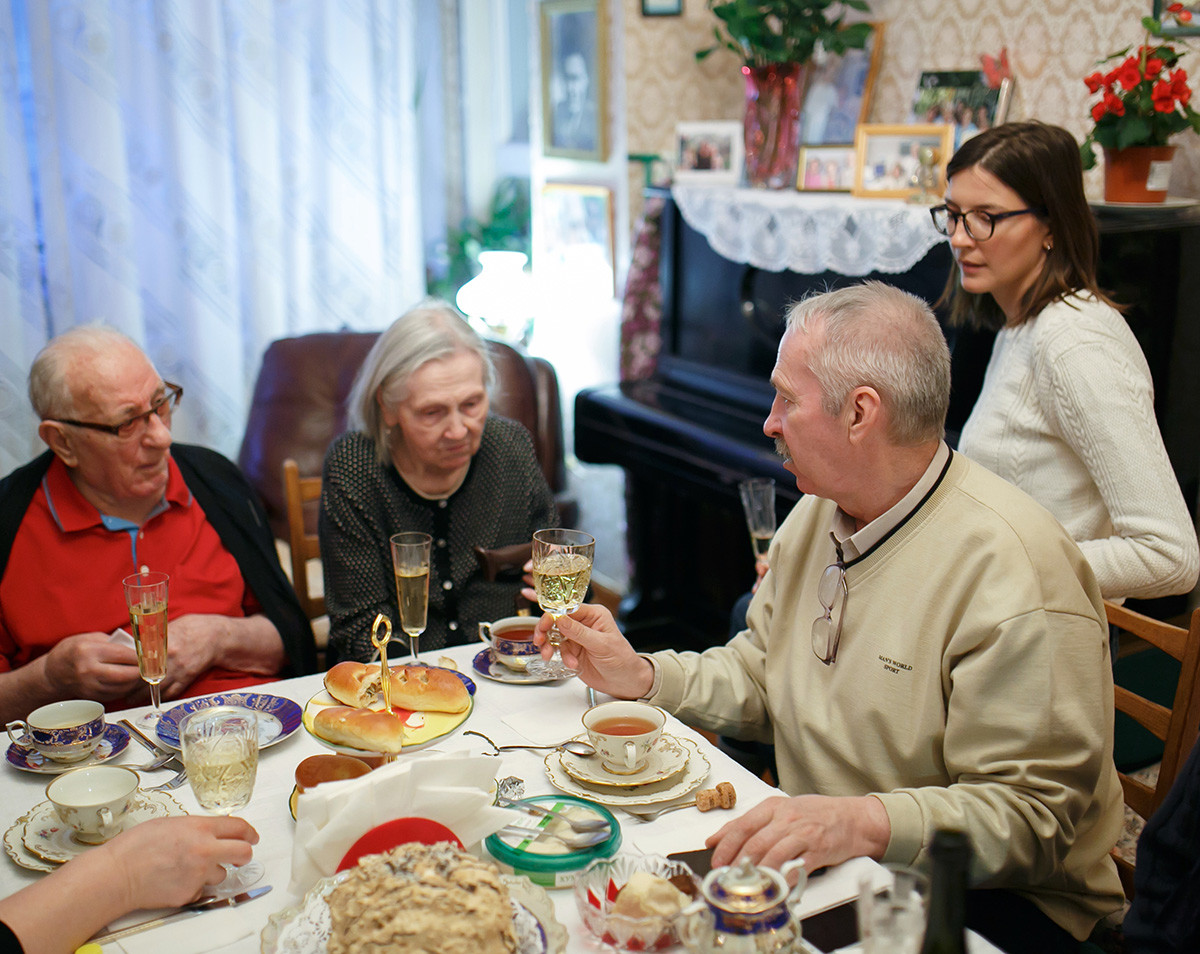 The main way of celebrating Orthodox Christmas is just visiting (or inviting) relatives with symbolic gifts. In Russia, there are state holidays from January 1-8, and it’s customary to spend these days meeting loved ones. On Christmas (January 7), nobody organizes noisy parties, instead just making a modest family dinner. Guests usually bring some cakes and drink tea. And occasionally, some gifts are exchanged – but most likely, they present something for the host’s household: textile, photo albums, or a collection of tea. This is, however, not mandatory - usually, the tea with sweets is enough.