Pastila: Master an apple treat that once delighted the tsars 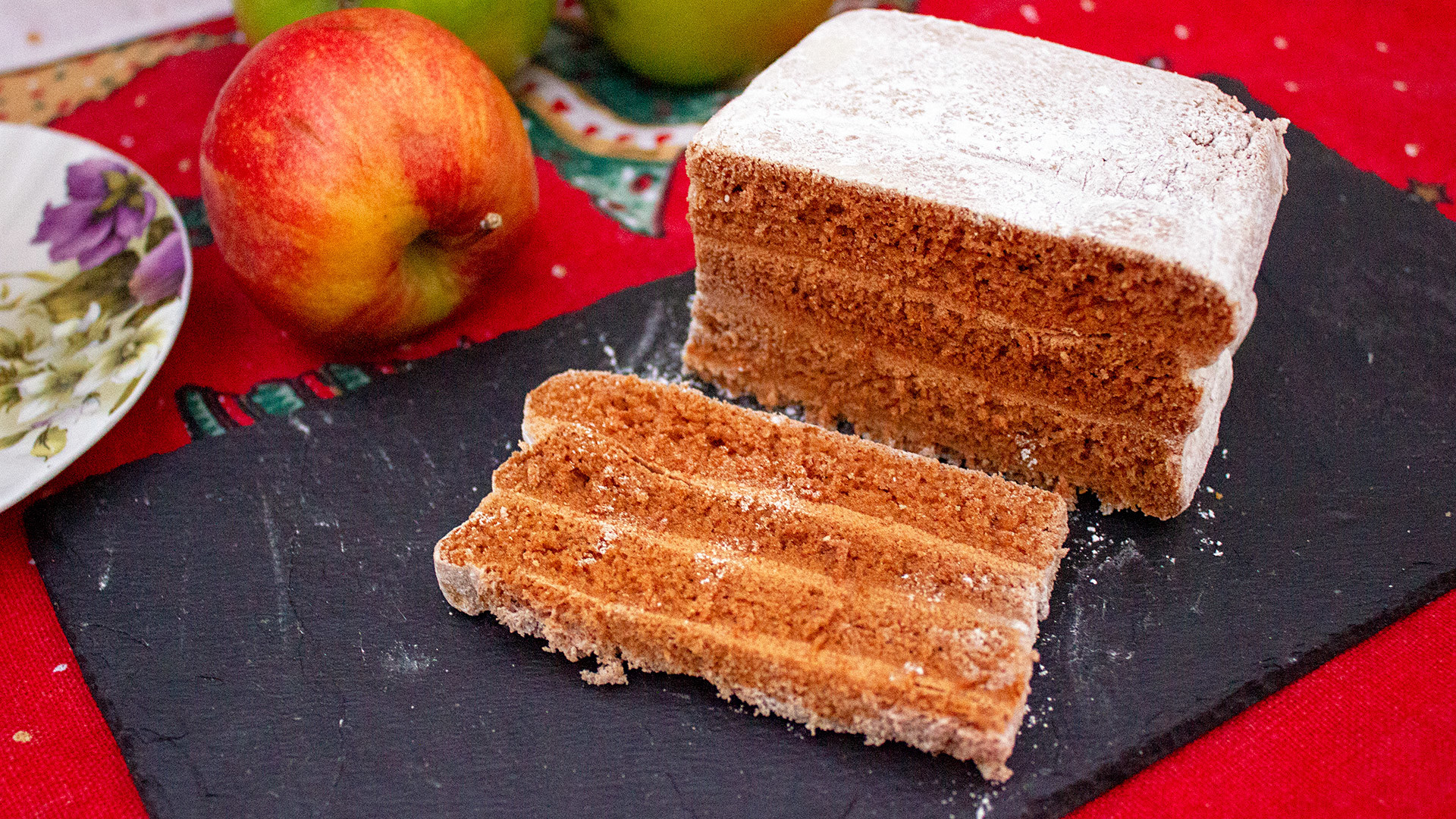 Vasilisa Malinka
You won't ever see Russians drinking hot chocolate with pastila, like Americans do it with marshmallows. Do you want to know why?

By now you’ve probably heard and read about pastila. It is one of the oldest and most traditional Russian sweet delights, and can be compared to a marshmallow. But a real Russian will always argue with you about that, and will never agree to call pastila a marshmallow.

Traditionally, pastila is made from only two to three ingredients and doesn't contain either starch or gelatin. Pastila is dried several times in a traditional Russian oven, inside special wooden boxes made of alder.

The peculiarity of pastila, as a purely Russian confection, is that it is made from Antonov apples, which can only be found in Russia, and which are especially tangy and aromatic. Every child in Russia is taught that this is the best sort of apple to bake with, whether we are talking about pies, cakes or any type of apple-based desserts.

You will be actually surprised how much history pastila has!

Before the revolution of 1917, pastila was produced in three cities: Kolomna, Rzhev and Belev. Each variety was named after the place of production, and each recipe had its secret ingredients.

The largest production was in Belev, and was founded by the industrialist and merchant, Ambrose Prokhorov, who in 1858 planted a large apple orchard. In 1888 he opened a production with a “drying room” for processing fruit, which began to produce pastila.

In 1890, Belevskaya pastila even won first prize at a gardening exhibition in St. Petersburg, after which Prokhorov opened stores in Moscow, St. Petersburg, Kiev and Tbilisi. Then, for the first time, it was exported as a Russian national confectionary to Western Europe!

Pastila production in Belev was temporarily suspended in 1918 when Prokhorov’s property was nationalized. Later, it was resumed by his son Nikolai, who opened the Prokhorov and Sons brand store in Moscow. In 1926, attempts were made to put production of Belev pastila under state control. Nikolai Prokhorov was offered to become chief engineer of the Belevsk State Drying Factory. After his refusal, he was persecuted by the state.

Nevertheless, the pastila production facility worked until the early 1990s, when it was closed for several years. After that, Belevskaya pastila was produced only by craftsmen. The facility resumed work only in early 2000 and makes pastila according to traditional recipes, which has propelled it to great popularity both at home and abroad.

The process of making pastila is tedious, but trust me, the result is really worth it because pastila is a royal treat fit for the Tsar! 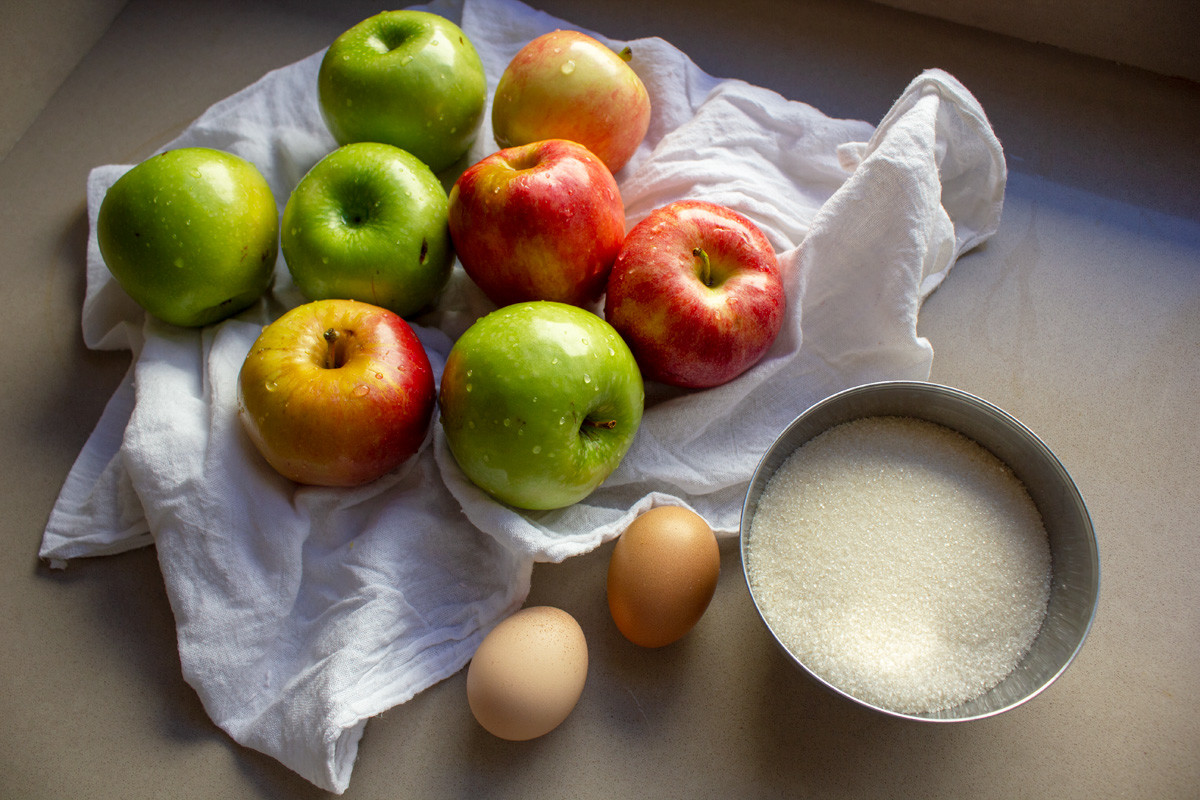 1. Heat the oven to 180℃. Place whole apples on a sheet tray and bake for about 45-60 minutes until very soft. Some apples will burst, but it’s not a problem! 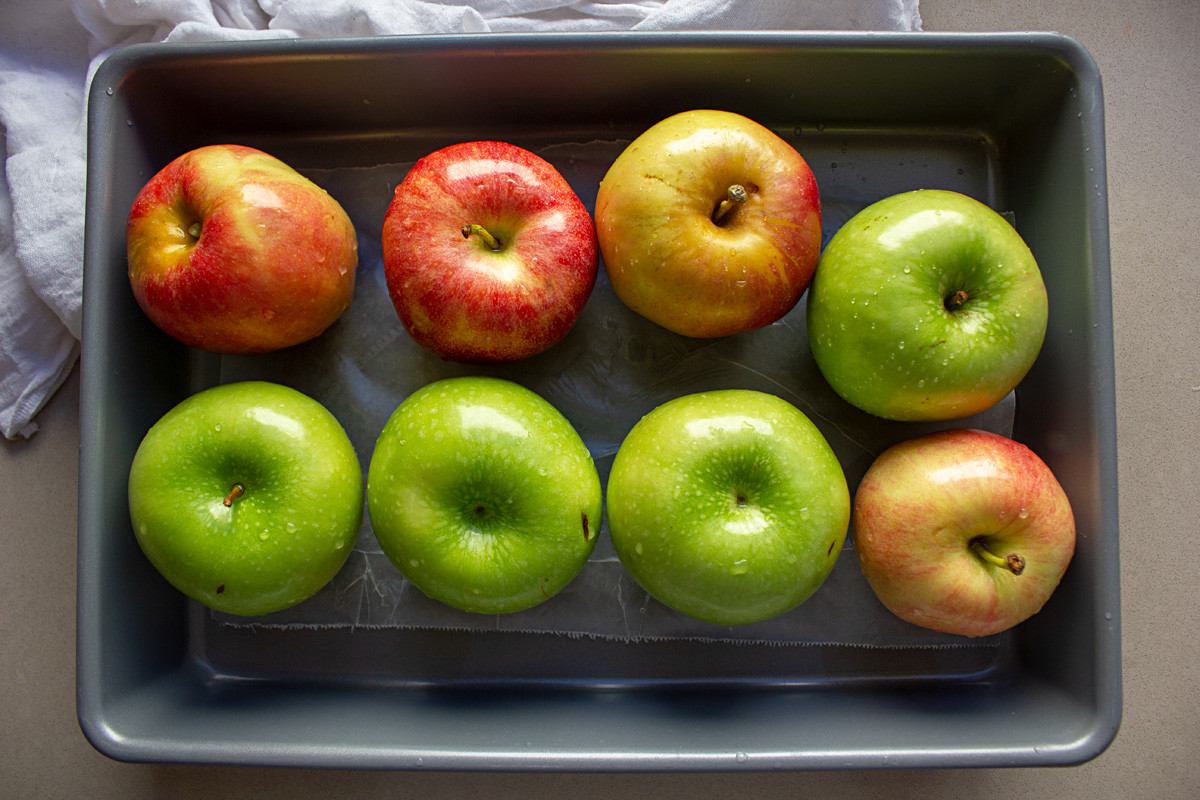 2. Once the apples are baked, blend them with skin and cores until they become a smooth puree. Then pass them through a very fine strainer so the unblended parts get separated. Let the puree cool. 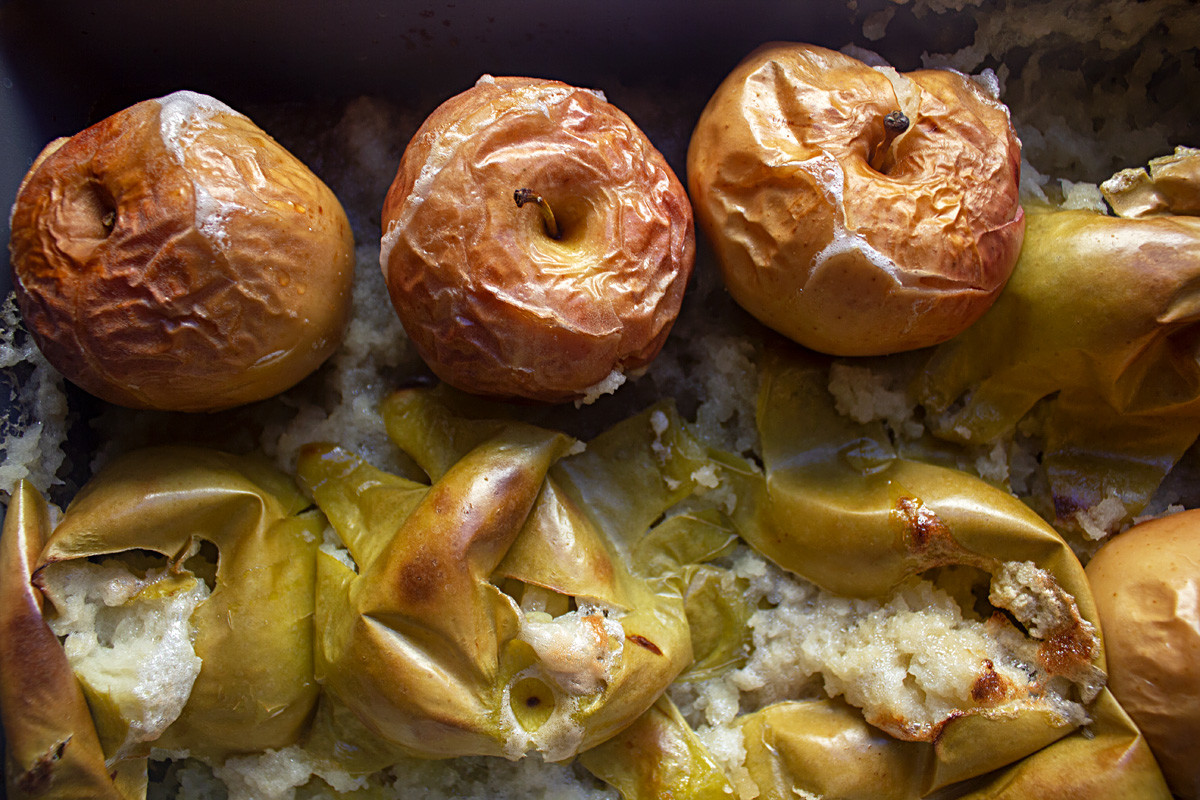 3. In the mixing bowl, measure 500g of apple puree, add the egg white and sugar. Whip this mixture on the highest speed for 5-7 minutes. It should increase in volume and become much lighter in color. 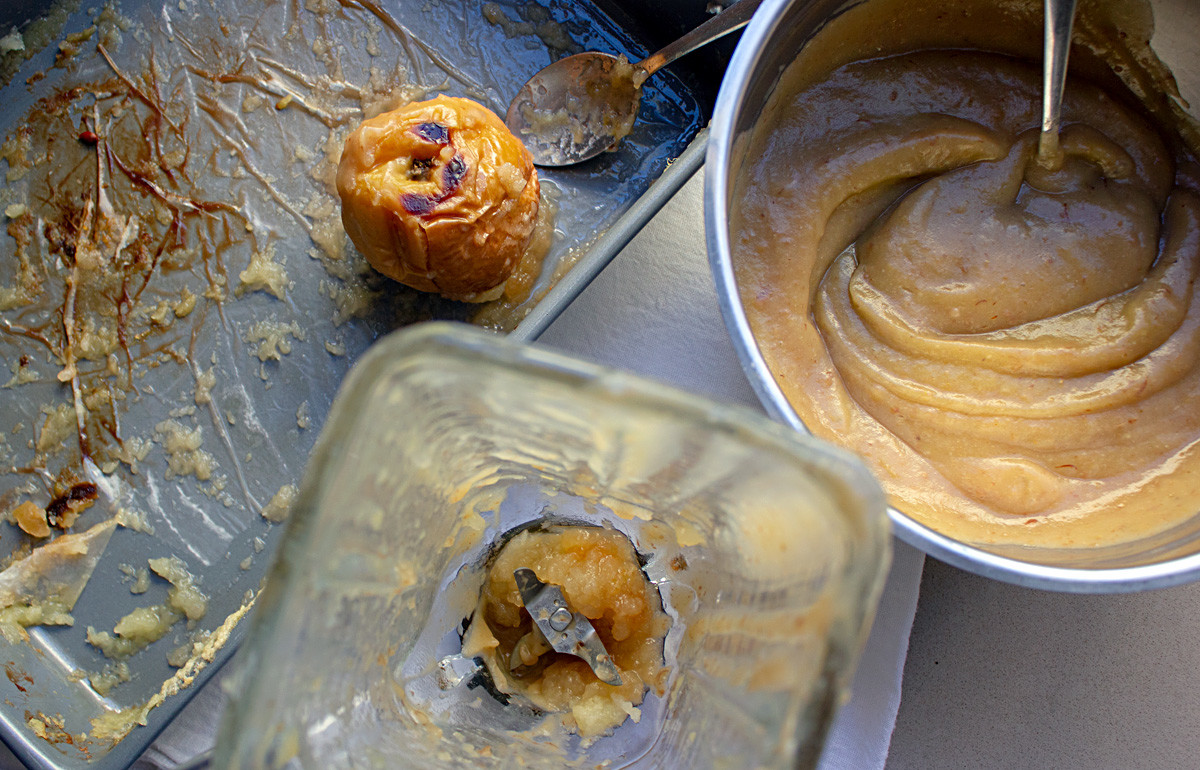 4. Prepare a sheet tray with baking paper. Grease  lightly, and place a cup of apple mixture in the fridge. The rest of the mixture spread on the sheet tray about 2cm thick. 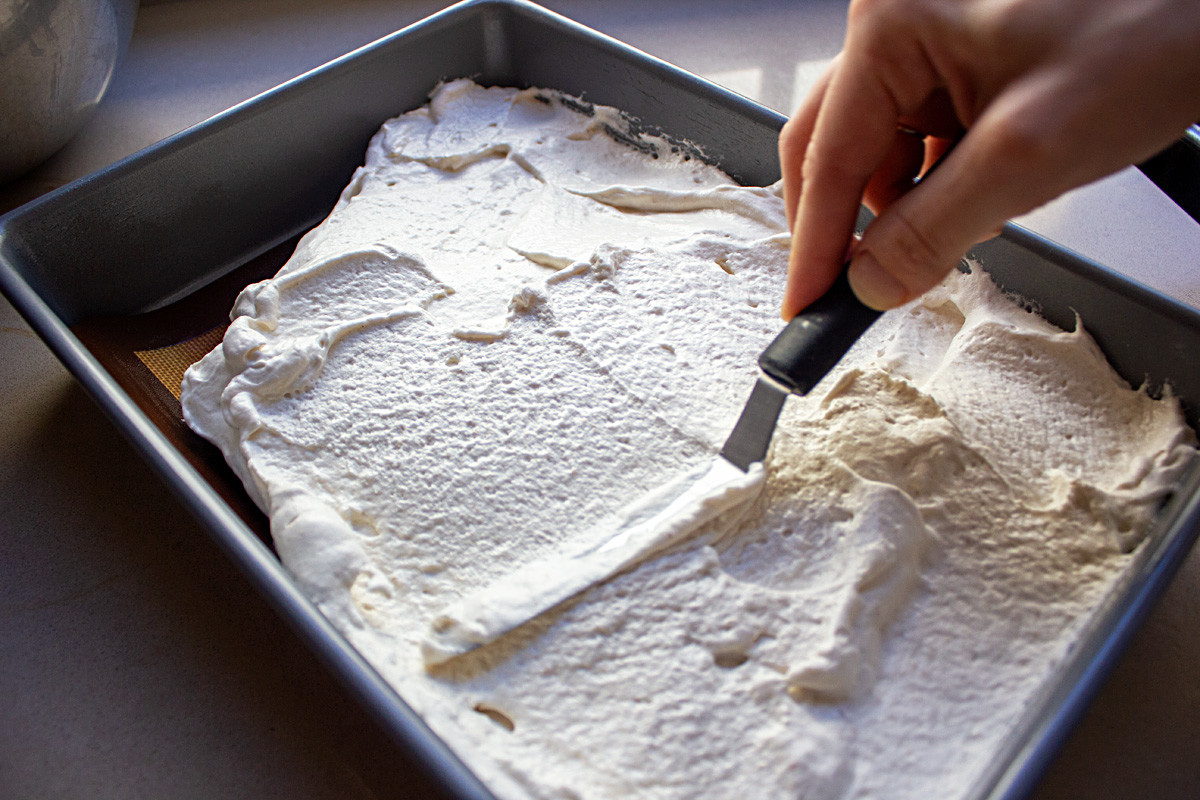 5. Heat the oven until 100℃ on a convection setting (if you have one). Dry the pastila for about 3-4 hours, opening the oven door every 30 minutes to release excess moisture. The pastila will become a little darker and will settle, but it won’t be sticky anymore. 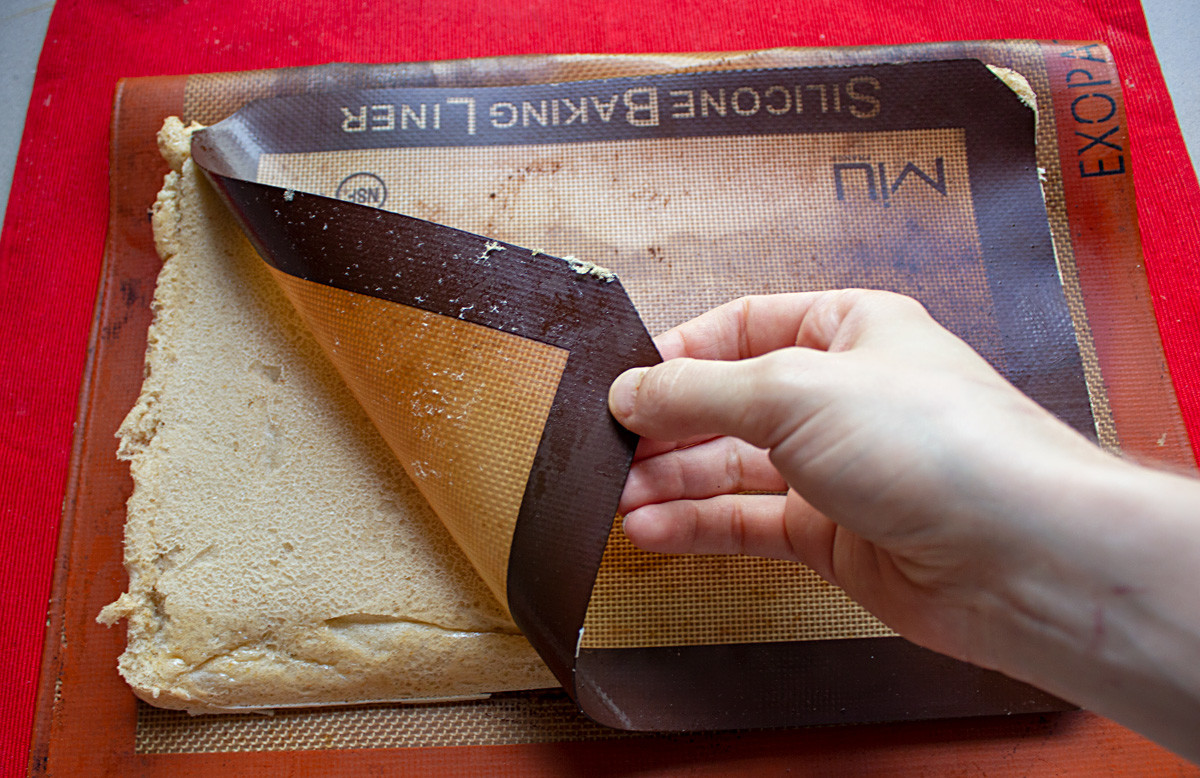 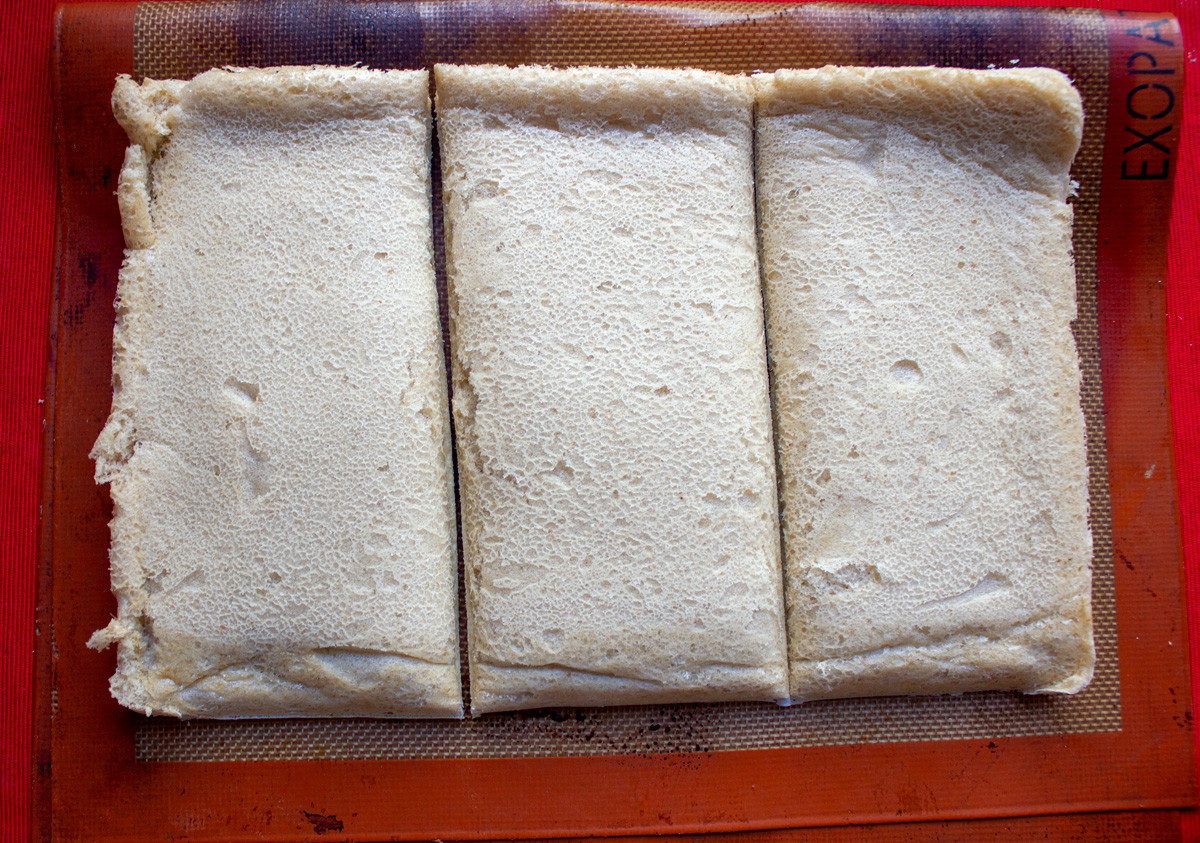 7. Take the cup of apple mixture from the fridge. Put the dried strips on top of each other with a thin layer of apple mixture; also,cover the sides and the top. Place the pastila back in the oven and dry for about 2 more hours, opening the oven door every 30 minutes. 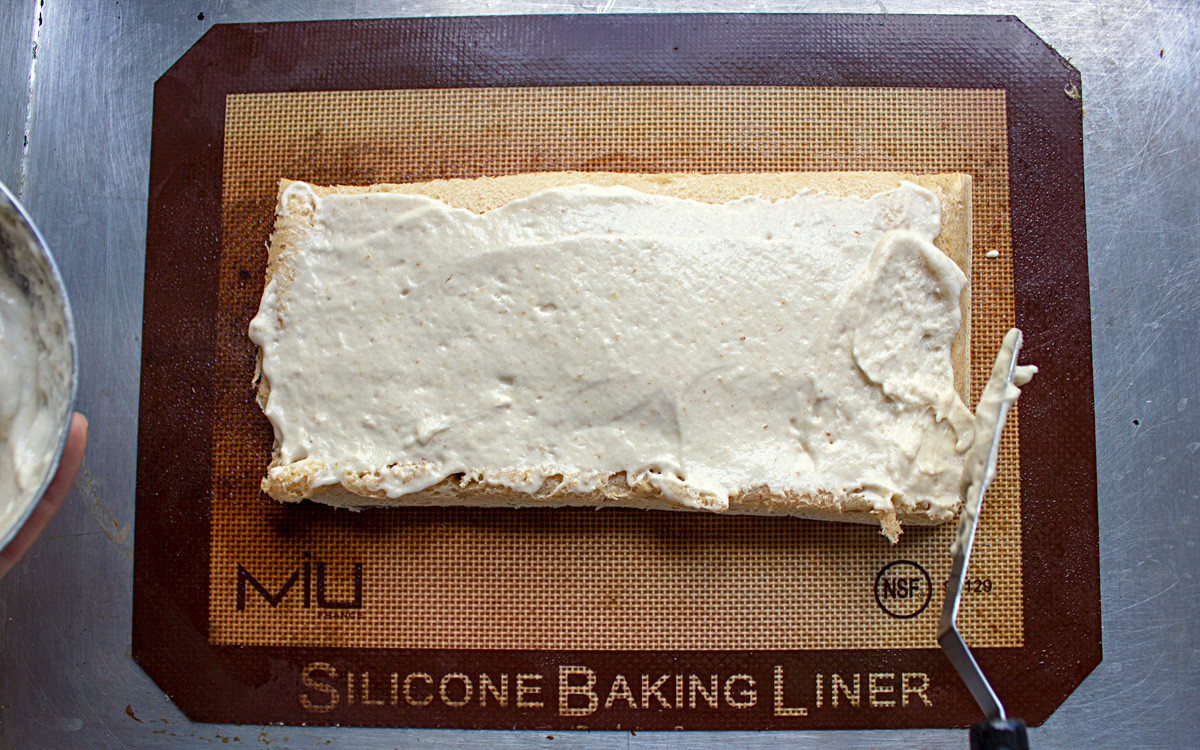 8. Once your pastila is ready, let it cool completely, and then rub the sides, bottom and the top with powdered sugar. Pastila will stay fresh if you store it in an airtight bag: that is, if you have any leftovers to store... 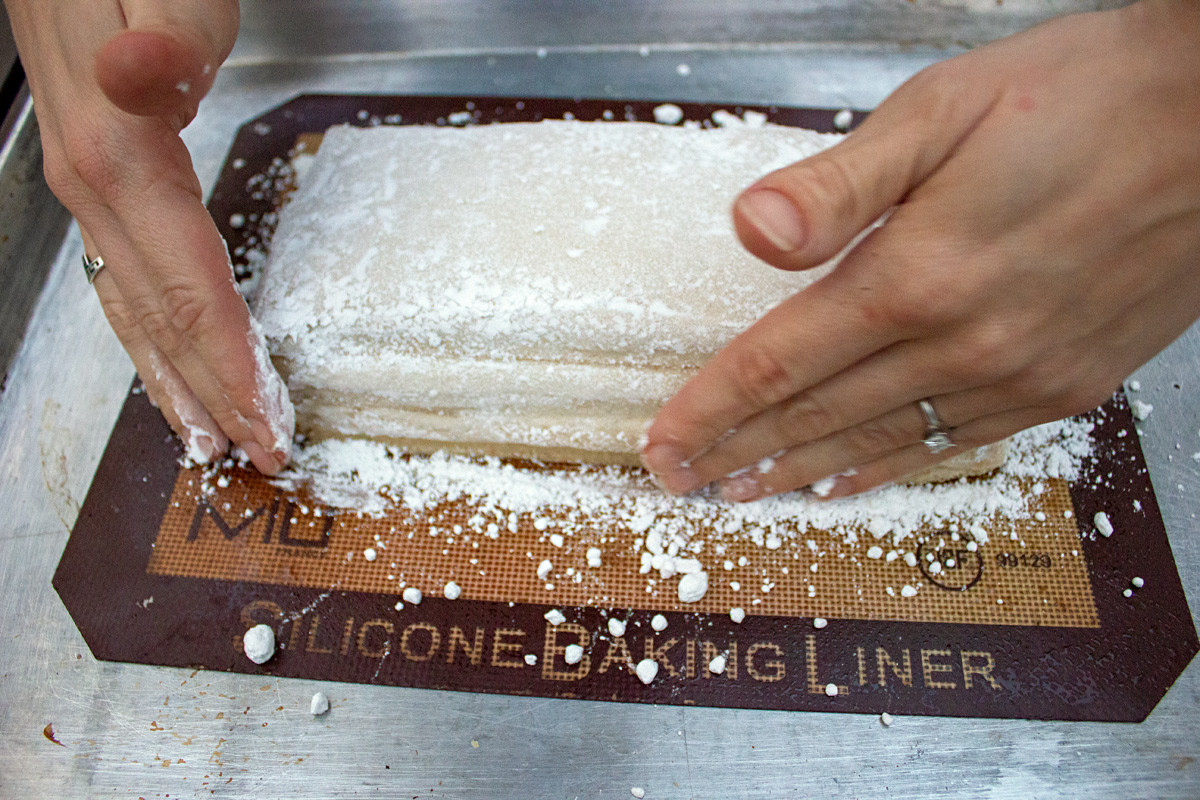 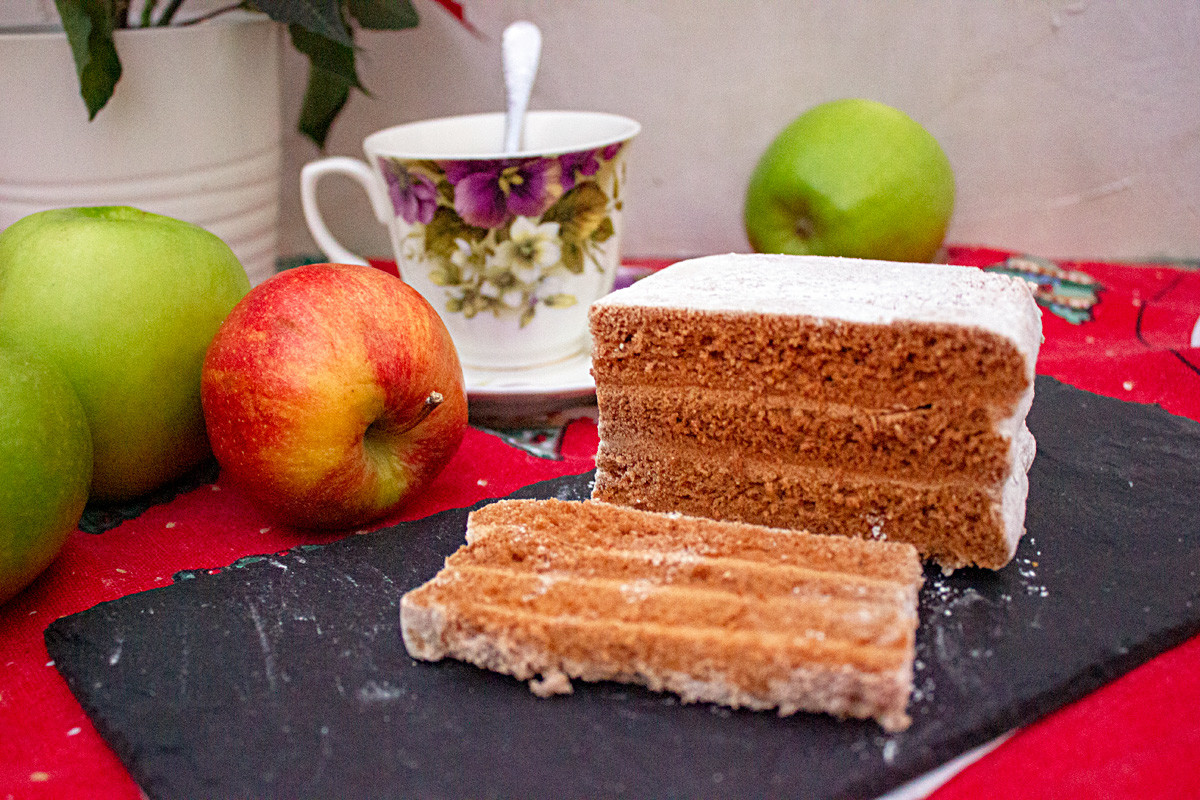