7 traditional Russian apple recipes: From Ivan the Terrible to Putin 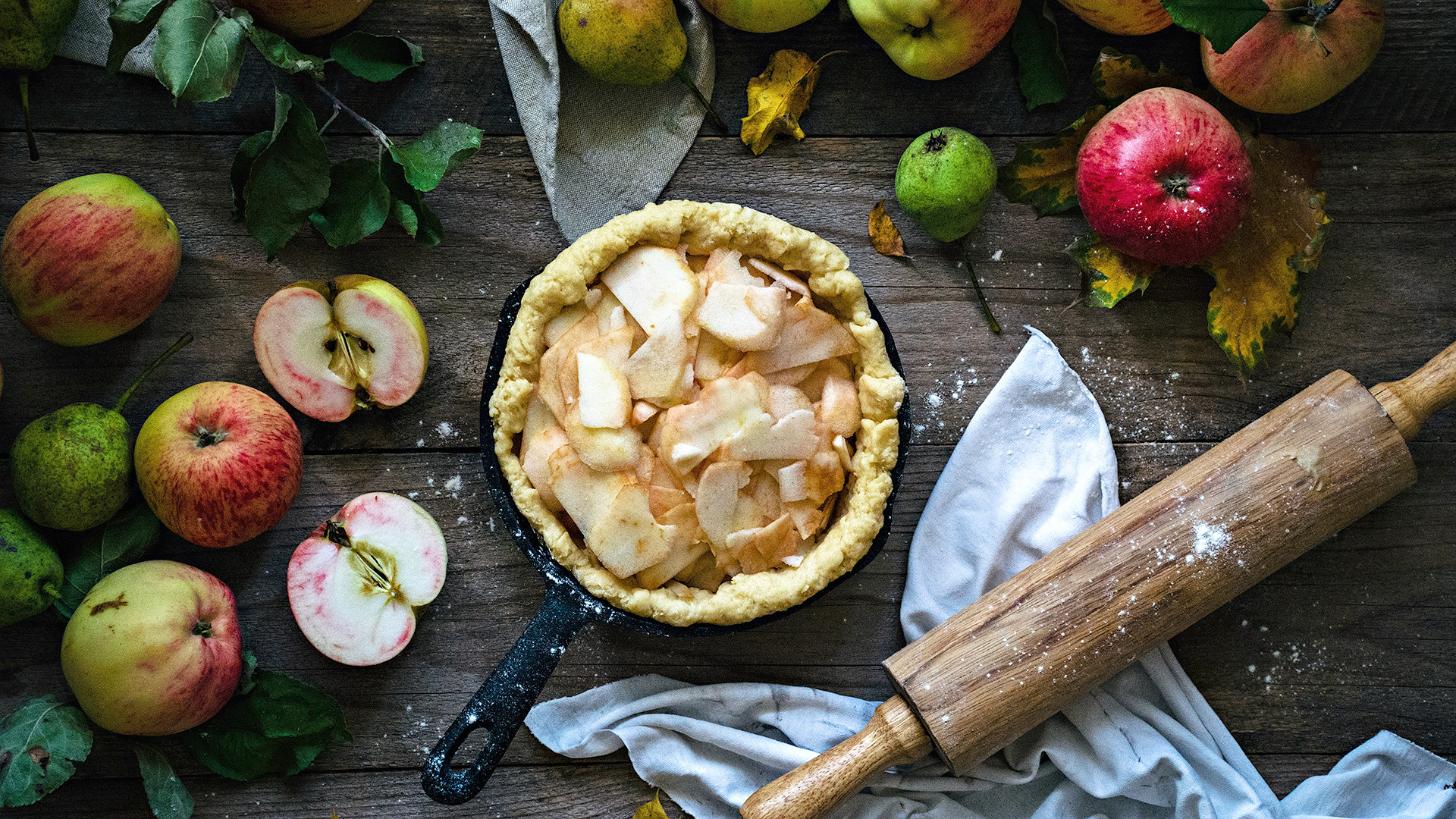 Getty Images
Russians have never been spoiled with fruit, and that’s why everything that grows in the country’s harsh climate is highly appreciated. Apples are used in all sorts of desserts and fritters, and they’re even marinated for winter.

Pastila is one of the few Russian desserts known from the 14th century (according to Russian culinary historian William Pokhlyobkin). The recipe is mentioned in Domostroi, a 16th century book about family and domestic life, and it's also mentioned in a decree issued by Ivan the Terrible in 1573. The most popular types of pastila are still made in Kolomna (Moscow Region) and Belyov (Tula Region). 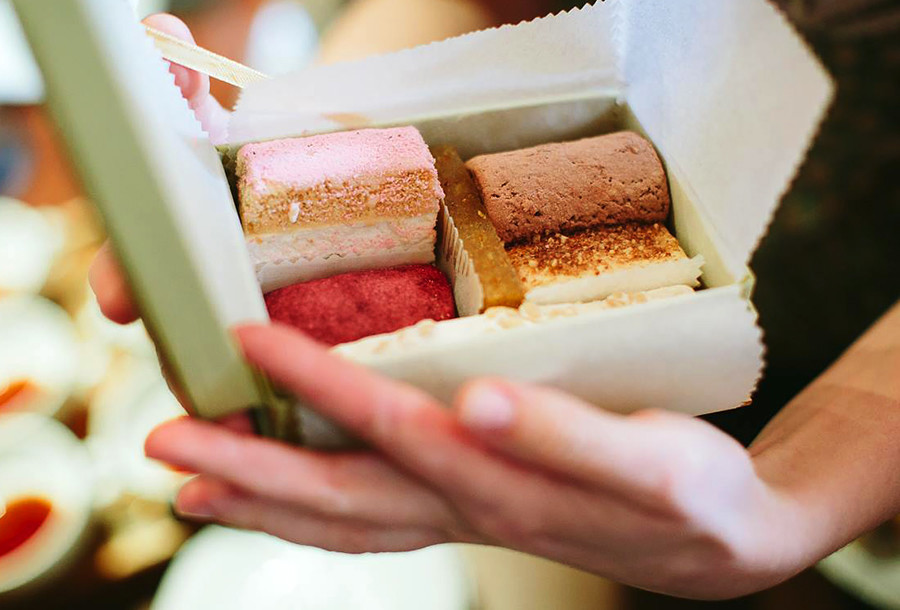 Here is a simple recipe for homemade pastila. Wash the apples - better to use sour apples that ripen late in the autumn - and cut them into wedges, removing the core. Cook the apples in water for 20-30 minutes at low temperature, and let cool.

Peel the apples and add sugar (50 g for 1 kg of apples). Cook the mixture for 15 minutes at low temperature. Make apple puree using a blender. Cover a baking tray with a sheet of baking paper, grease with vegetable oil and evenly spread the puree. Bake pastila in a slightly open oven for 90 minutes at 130 degrees Celsius. Let it cool, then remove from the baking paper, and cut into slices.

Read more: Pastila: The delicacy of the yesteryear 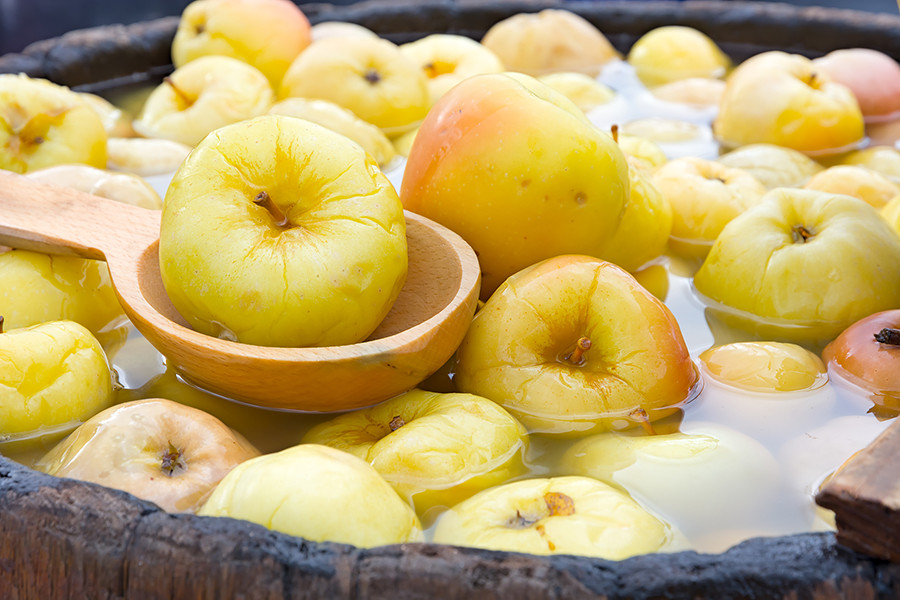 According to his contemporaries, poet Alexander Pushkin loved pickled apples and could eat an enormous amount of them. He even ate them after midnight. The recipe for pickled apples is simple and includes just a few ingredients (apples, herbs, blackcurrant leaves and salt. But it requires patience, taking six to eight weeks for the apples to marinate. 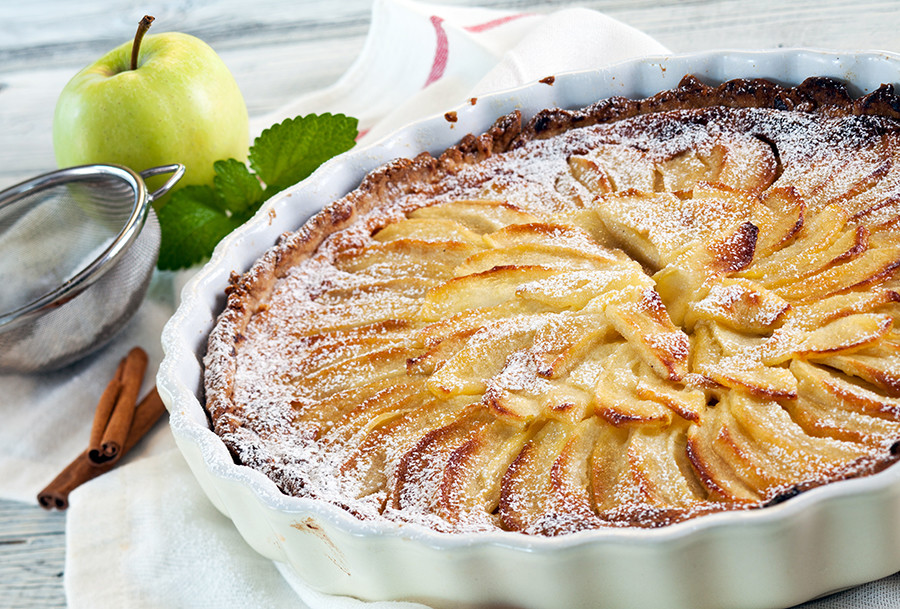 Sharlotka is an apple pie invented in the 19th century by French chef Marie-Antoine Carême, who was in the service of Alexander I. Although the dessert, with Bavarian cream or whipped cream, was originally called Charlotte à la Parisienne, later it became known across the world by the name Charlotte Russe. During the Soviet period, the cream disappeared from the recipe, and instead there appeared a recipe for a pie made from breadcrumbs moistened with eggs.

Today, we understand Sharlotka to mean a sponge pudding with apples.

You can find the recipehere 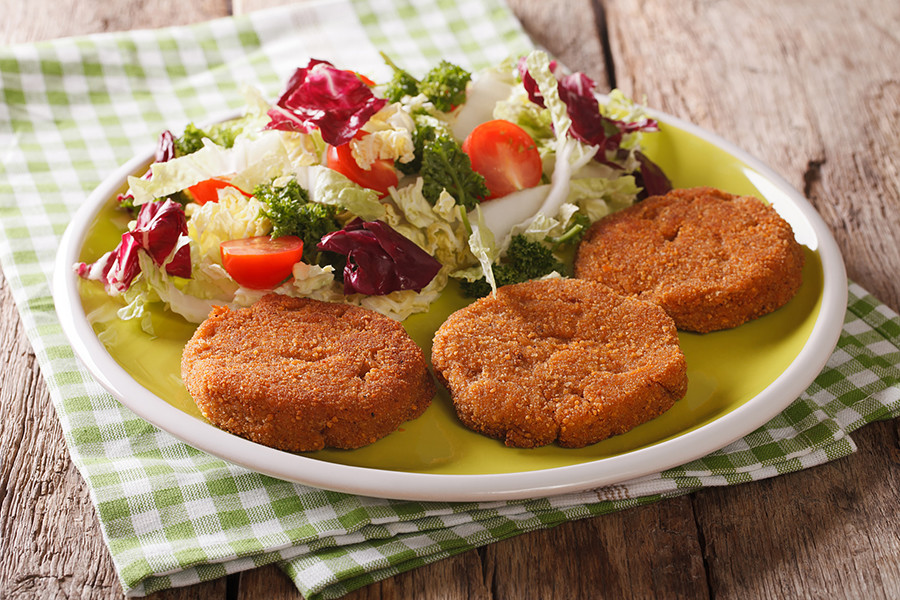 These fritters bring back memories of Soviet kindergartens. The combination of apples and carrots was liked by children. The recipe is mentioned in the 1952 reference book for Soviet housewives - The Book of Tasty and Healthy Food. The ingredients can't be more modest: carrots, apple, semolina, salt, sugar and butter. 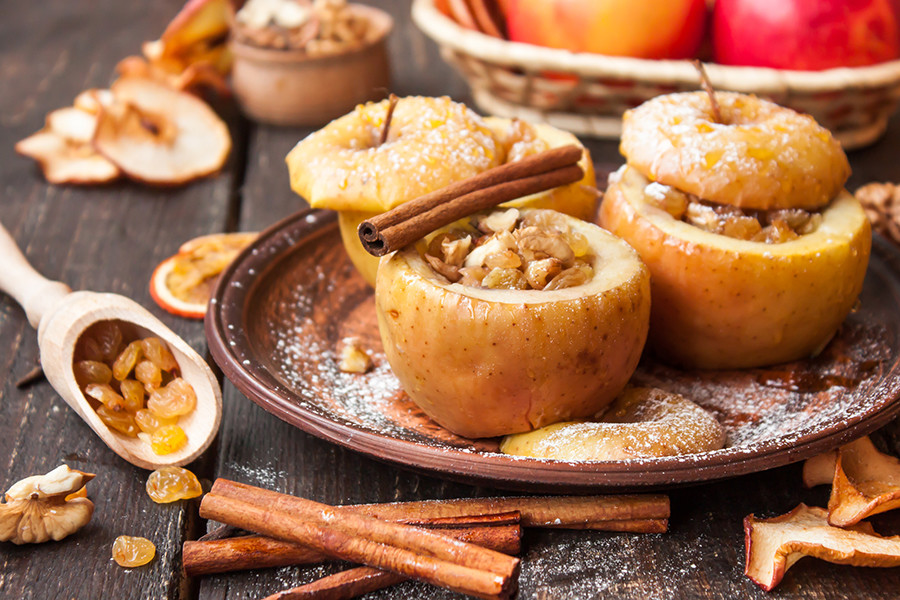 Baked apples are easy to make and there are a number of varieties, so they were always popular with Soviet housewives. The sour apple sorts, Antonovka and Simirenko, are best suited for baking. The most economical but not the healthiest recipe is baked apples with sugar. The most popular is apples baked with raisins, nuts and honey; one can also add kuraga (dried apricots) and different spices. 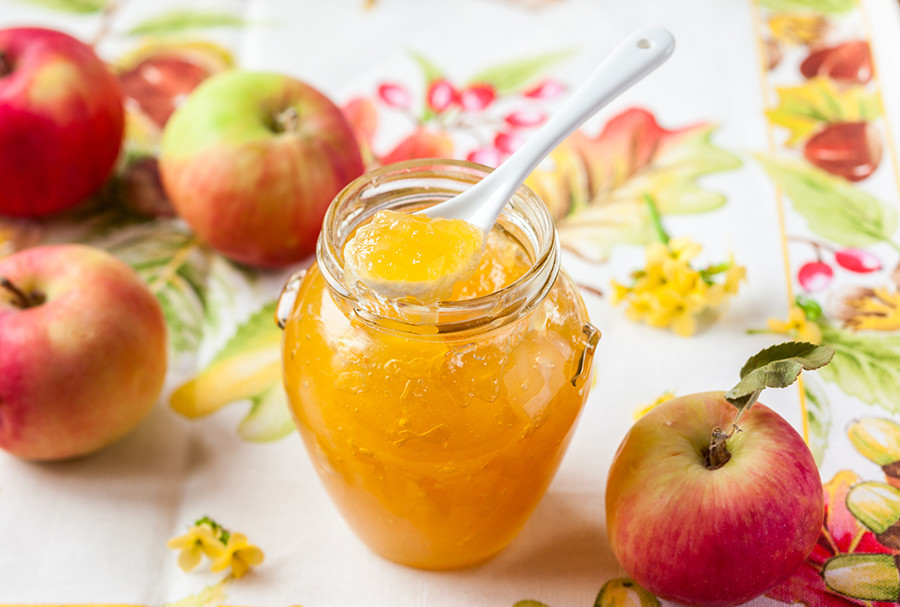 Jam is the main treat and source of vitamins in Russia during winter. It is made from everything that grows in the garden, including apples. Jam made from sour and very ripe apples is particularly good. 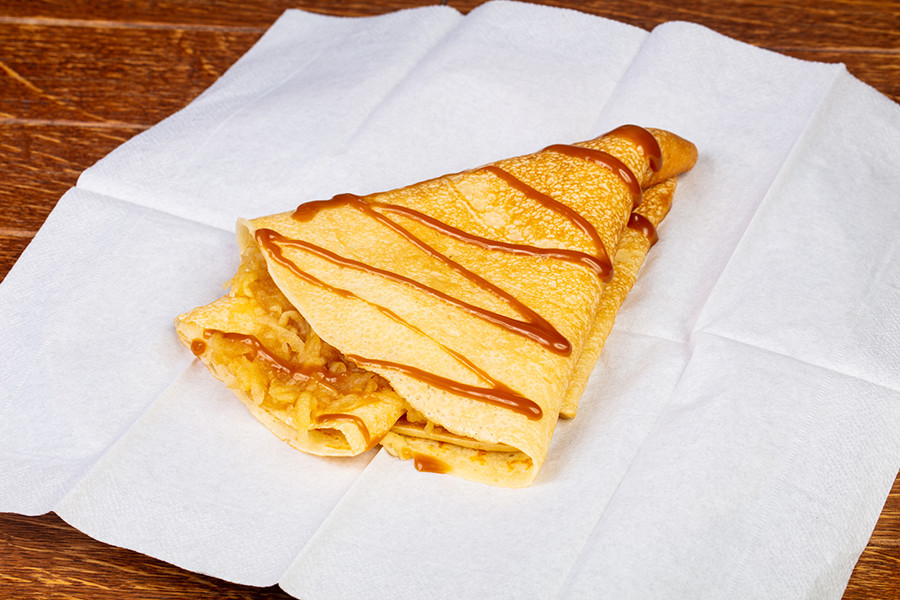 Pancakes are a traditional dish that’s not only eaten on Shrove Tuesday. Thin pancakes (blini) with filling are ideal for eating; for example, with caramelised apples. They are made in the following way: peel the apples, remove the core and thinly slice. Melt butter in a frying pan, add honey, and mix. Add the apples, mix again and cook for 5-10 minutes. Spread the filling on a pancake, and roll it in a tube or fold like an envelope. Serve with sour cream.

You can find the recipe for pancakes here