Sharlotka: The first apple recipe that most Russian kids learn 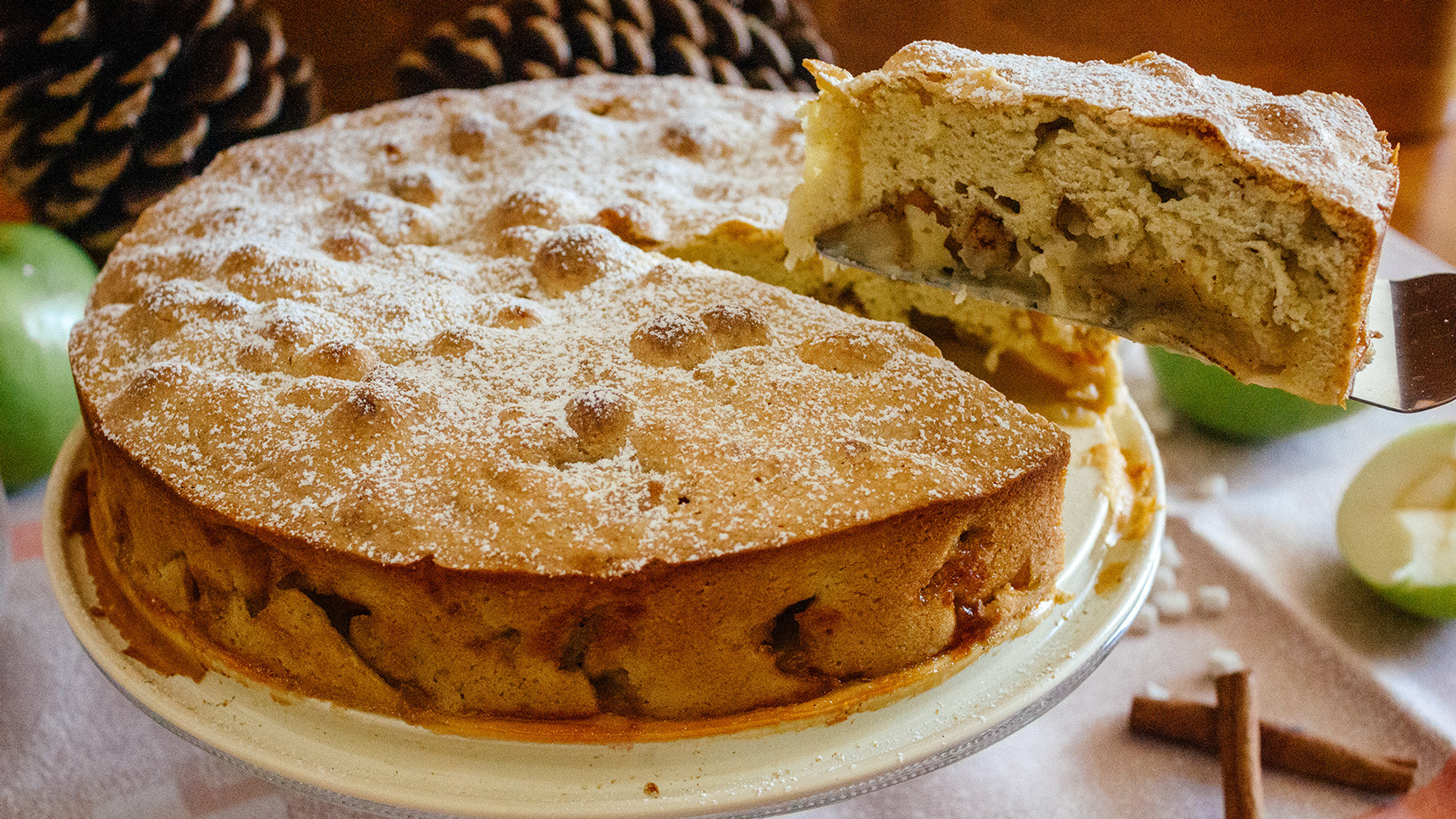 Vasilisa Malinka
Looking for an effortless apple cake? Try Russia’s most popular dessert and you’ll always have your go-to recipe.

This simple dessert is known to everyone in Russia, but it actually originated in Britain in the 18th century and was known as “Charlotte”. This apple bread pudding was first invented by peasants, but the Russian version of “Charlotte” was invented in London at the beginning of the 19th century by French chef Marie-Antoine Carême, who was in the service of Russian Czar Alexander I. Later, this recipe became so popular that it was simplified from having Bavarian cream and savoiardi cookies to being an easy-to-prepare pie with biscuit and apples. Even the name was modified to “Sharlotka”.

Ever since I was little, my mom used to make sharlotka on special occasions. When my grandma would visit us, which was rare, because she lived in another city, mom would always bake it for us. As a child I associated sharlotka with those visits, as well aswith big family dinners. 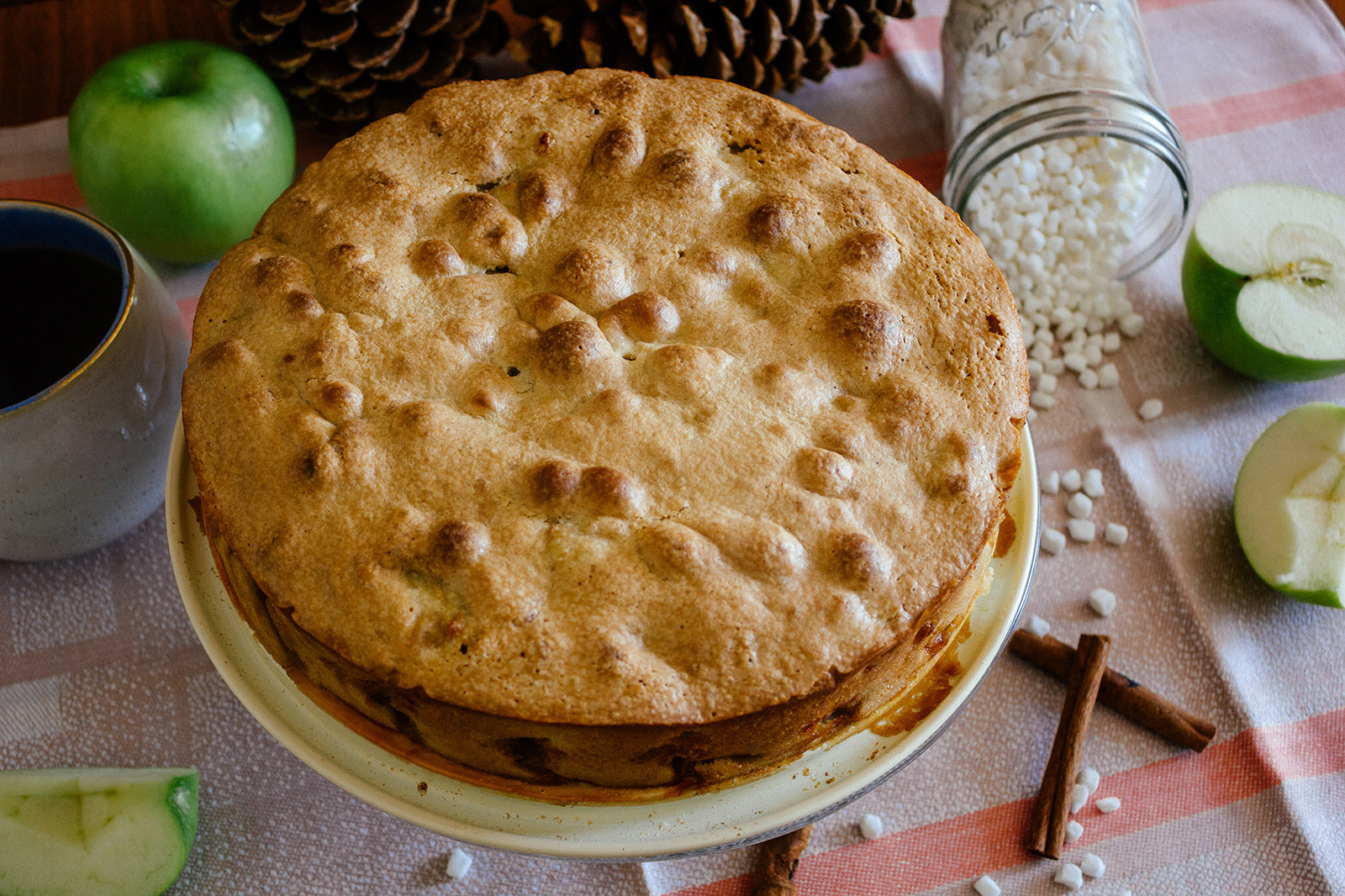 Later, when I was about 8, I decided that I needed to know how to make sharlotka myself. This was the first recipe I ever tried to do by myself. At that time, it seemed like a very complicated task with a lot of work, but it was always worth the effort. Since then, it has become my “go to” recipe.

This was also one of the first dishes I made for my Mexican husband. He loved it so much that, in time, he showed this recipe to his mother. So, now my mother-in-law makes sharlotka as an exotic Russian apple cake for her friends and family in Mexico, and it makes me happy to see how such a simple thing unites my family. But most importantly, I think, sharlotka influenced my choice of profession as a pastry chef. 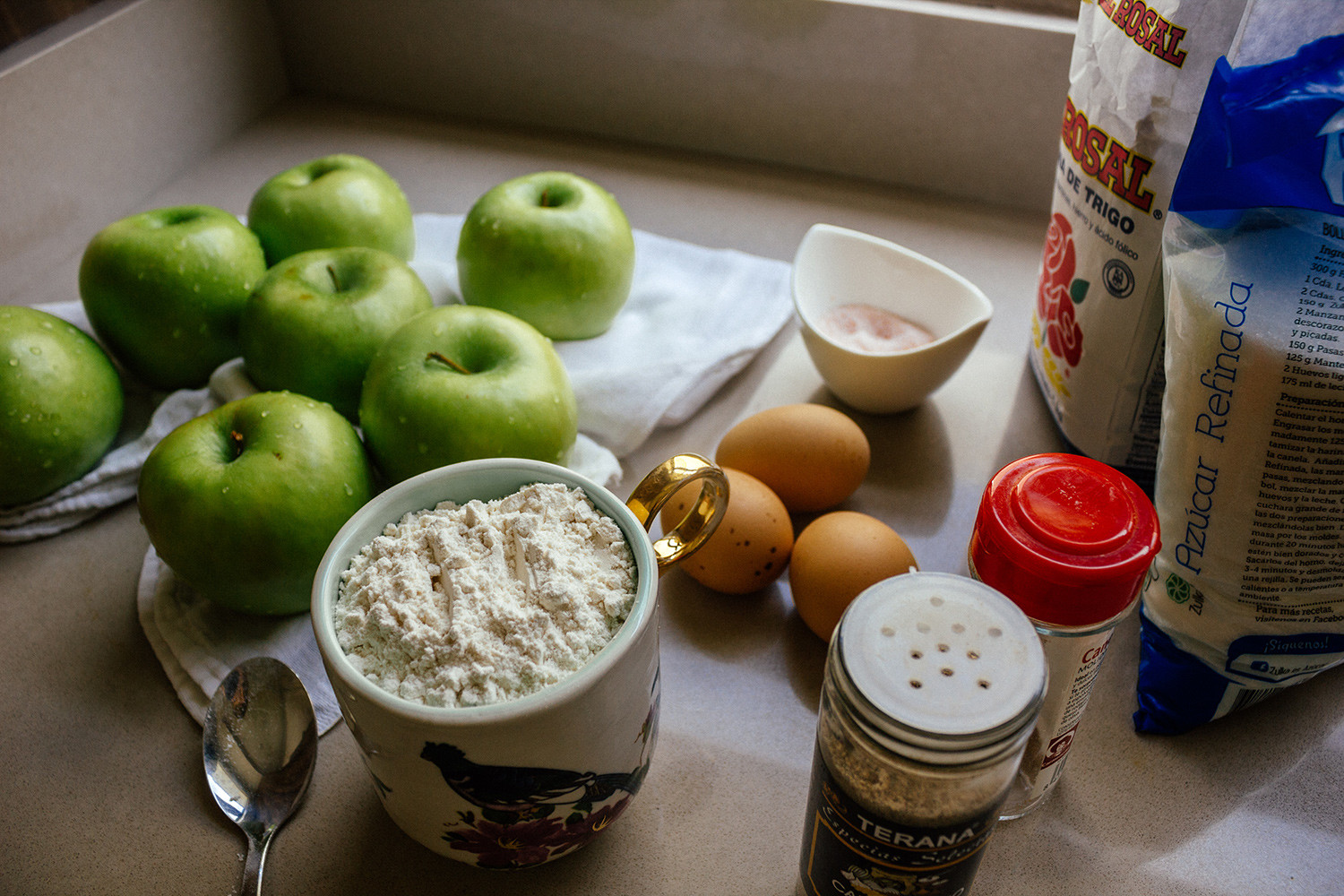 1. Heat the oven to 180°C. Prepare your cake mold by greasing the surface; butter is your best choice for this purpose. 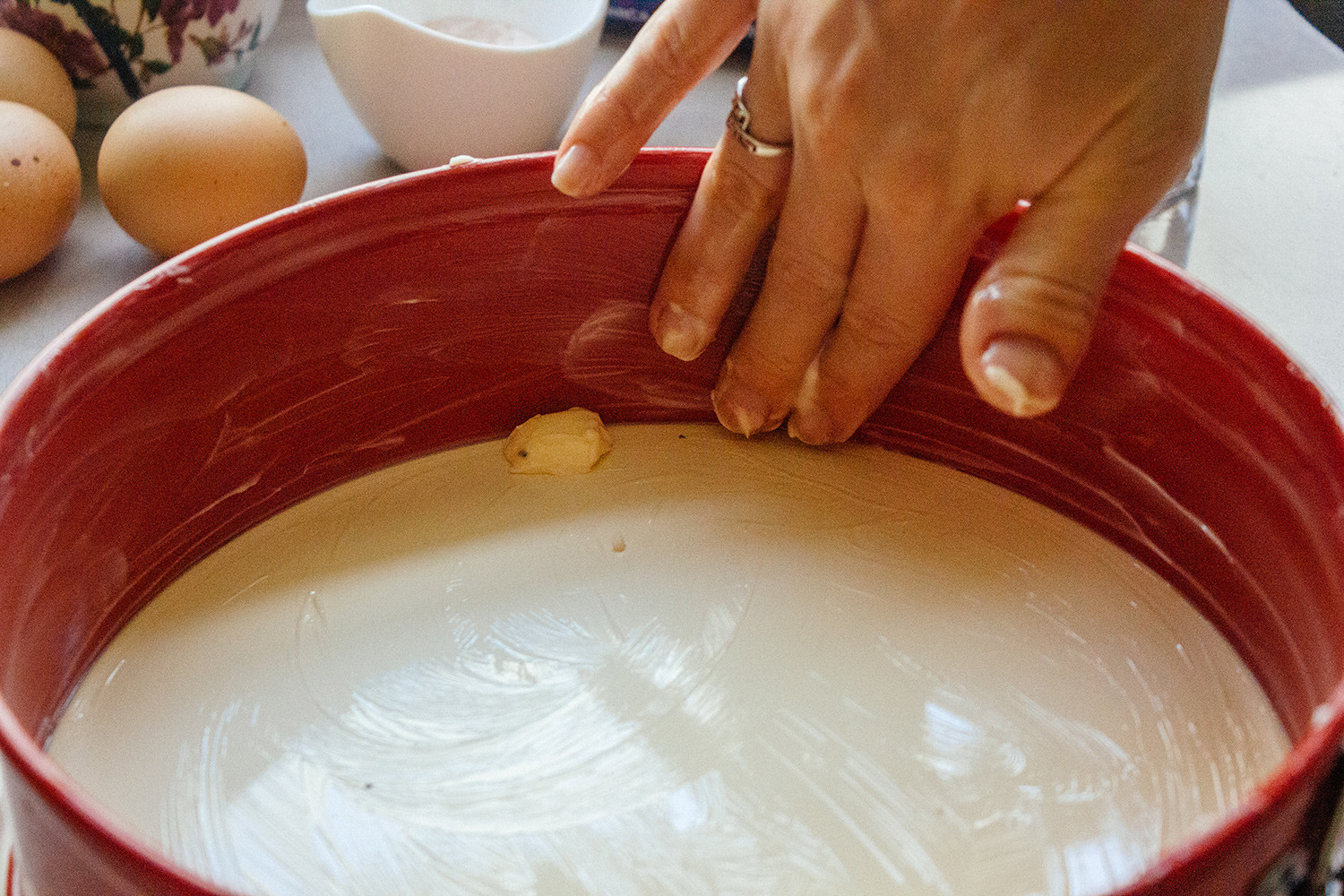 2. Peel and core your apples, and cut them so you get 8 pieces. Lay out the mold with your apple slices as tight as possible. 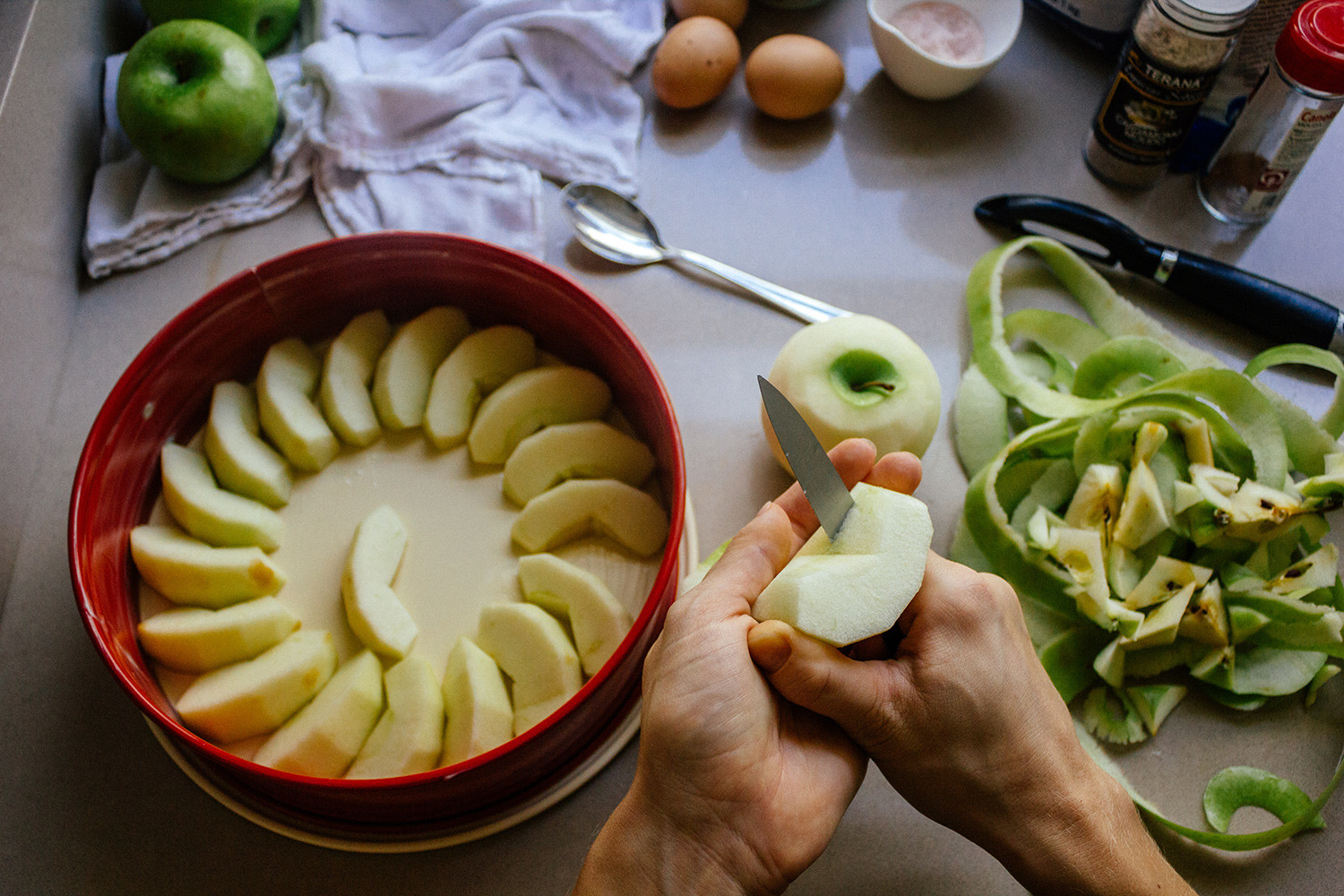 3. If you have leftover slices that didn’t fit, then cut them into even smaller pieces and fill the empty places with those. The bottom of your mold should be completely covered with apples. 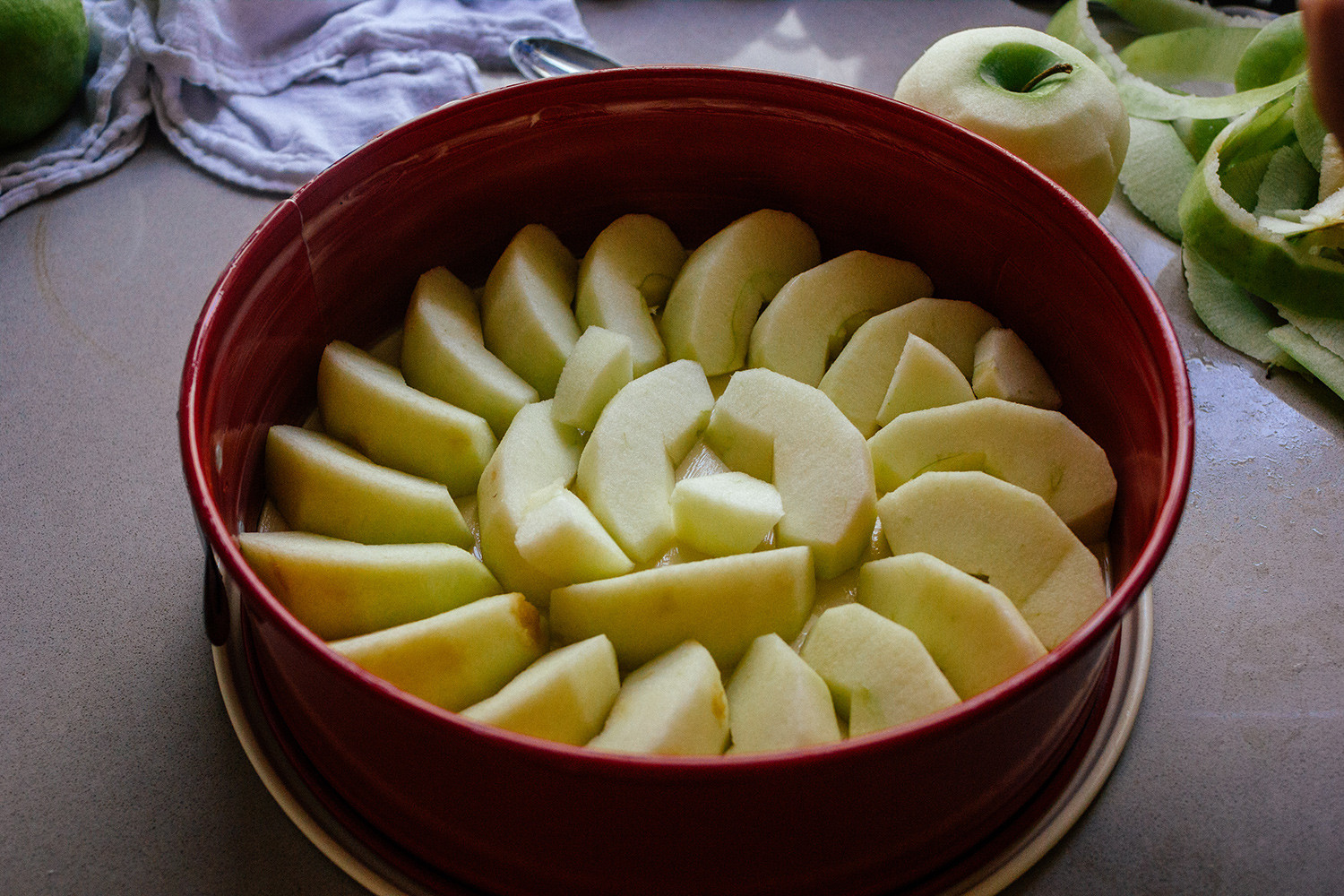 4. Sprinkle a little bit of cinnamon and cardamom powder on top. 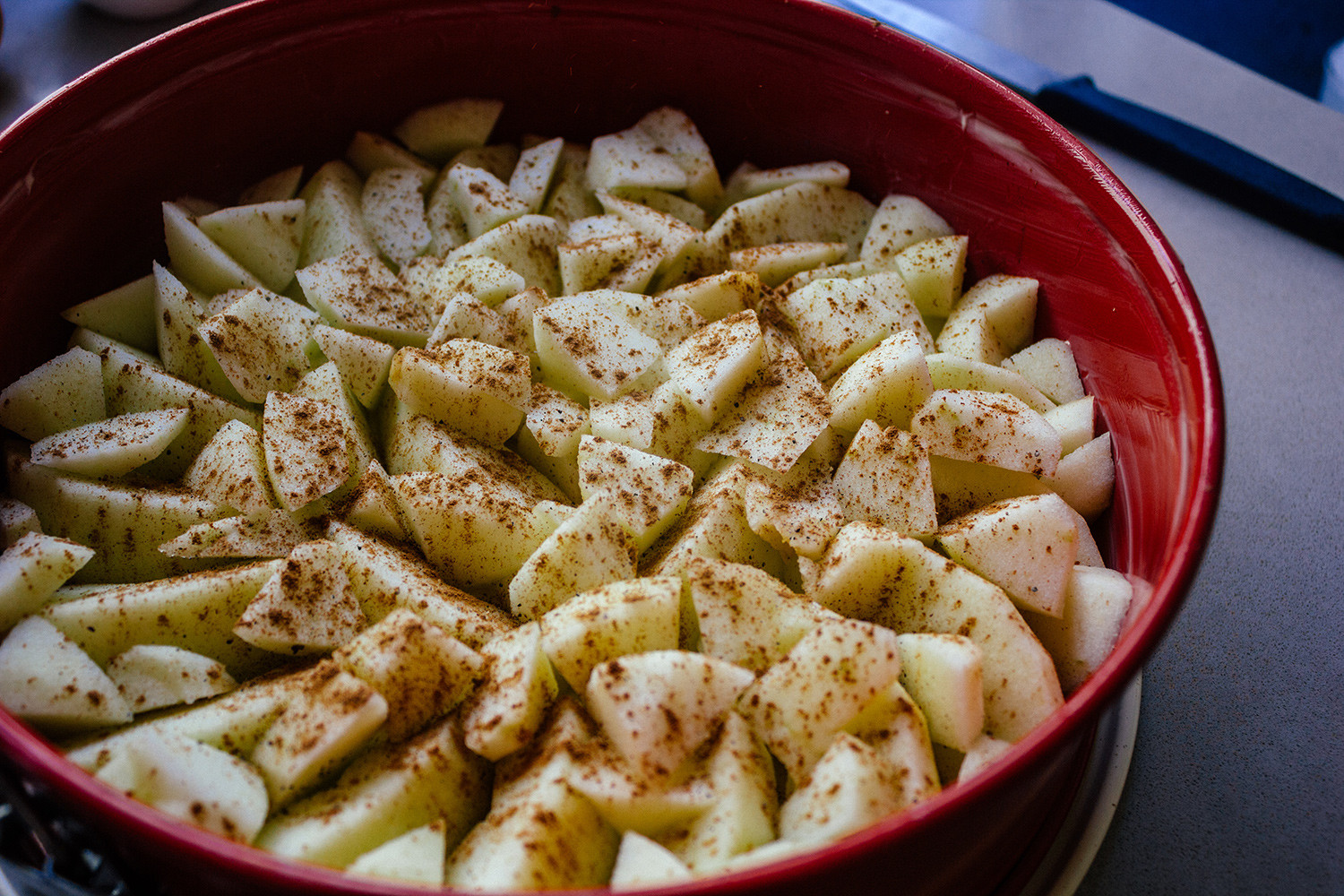 5. Prepare your batter by mixing the dry ingredients in a bowl and adding eggs to them. 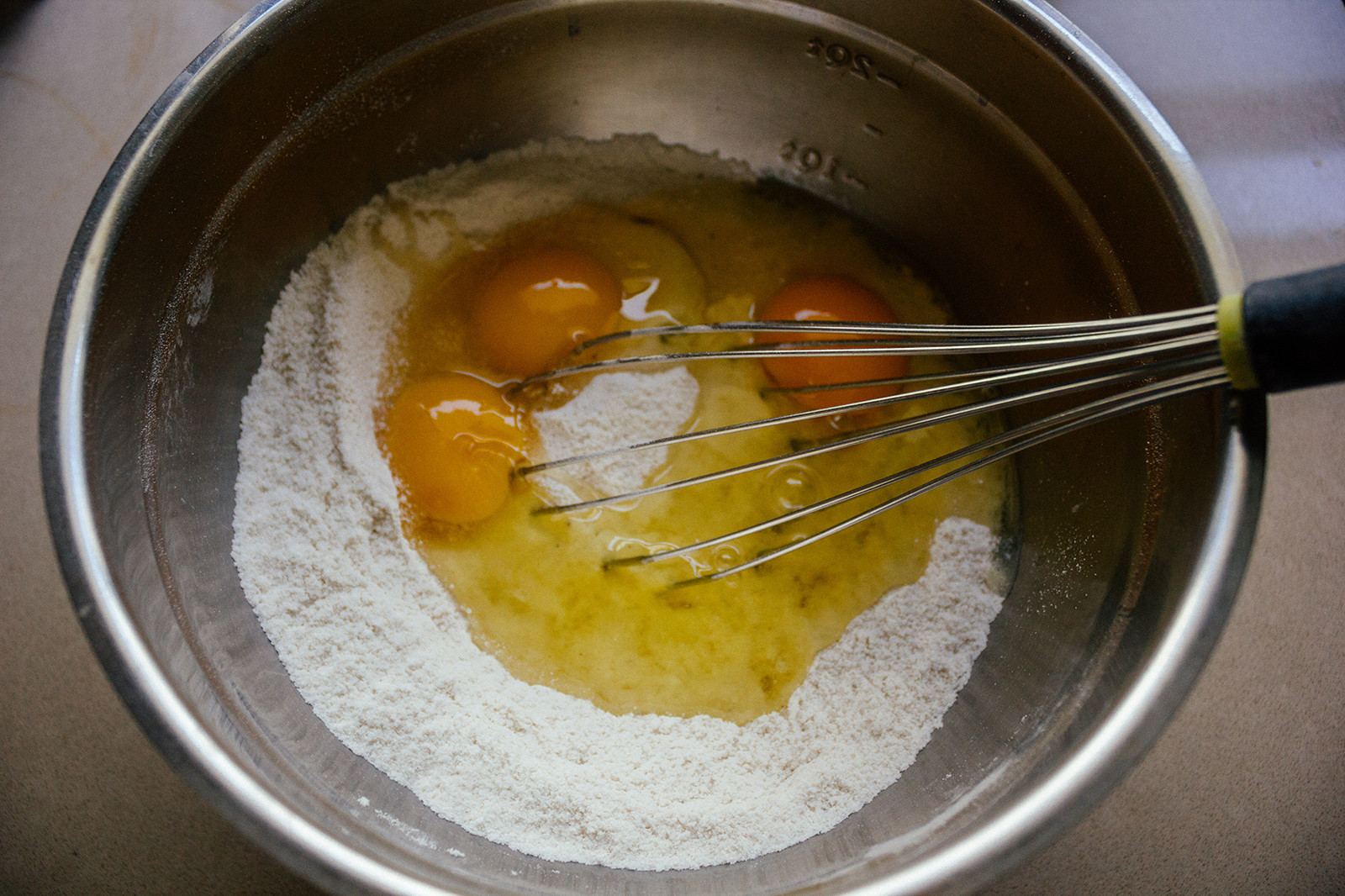 6. At first the batter will seem pretty stiff, but keep mixing until it is homogenous and thick. 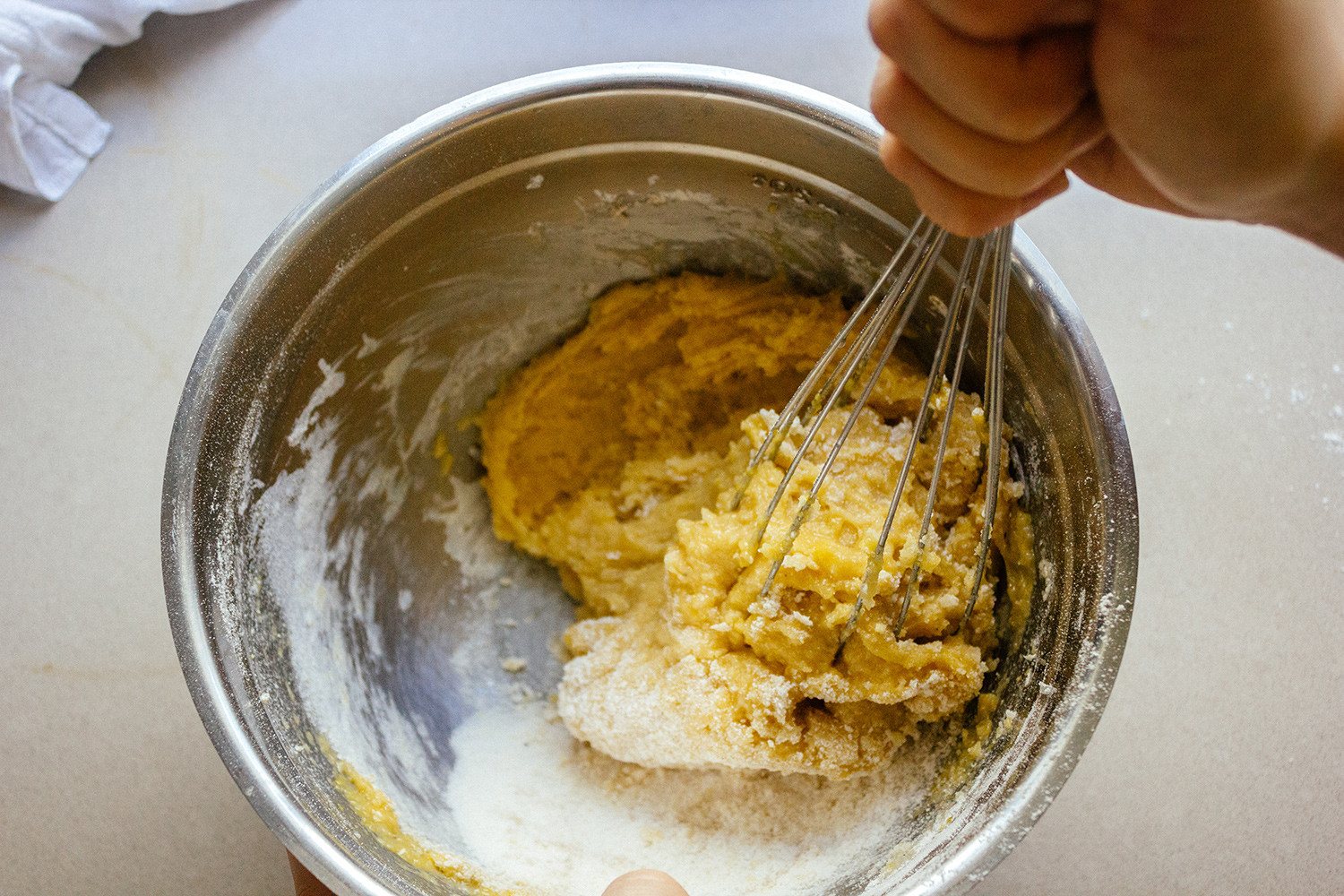 7. At this point you are ready to pour your batter over the apples; make sure it covers all of them. 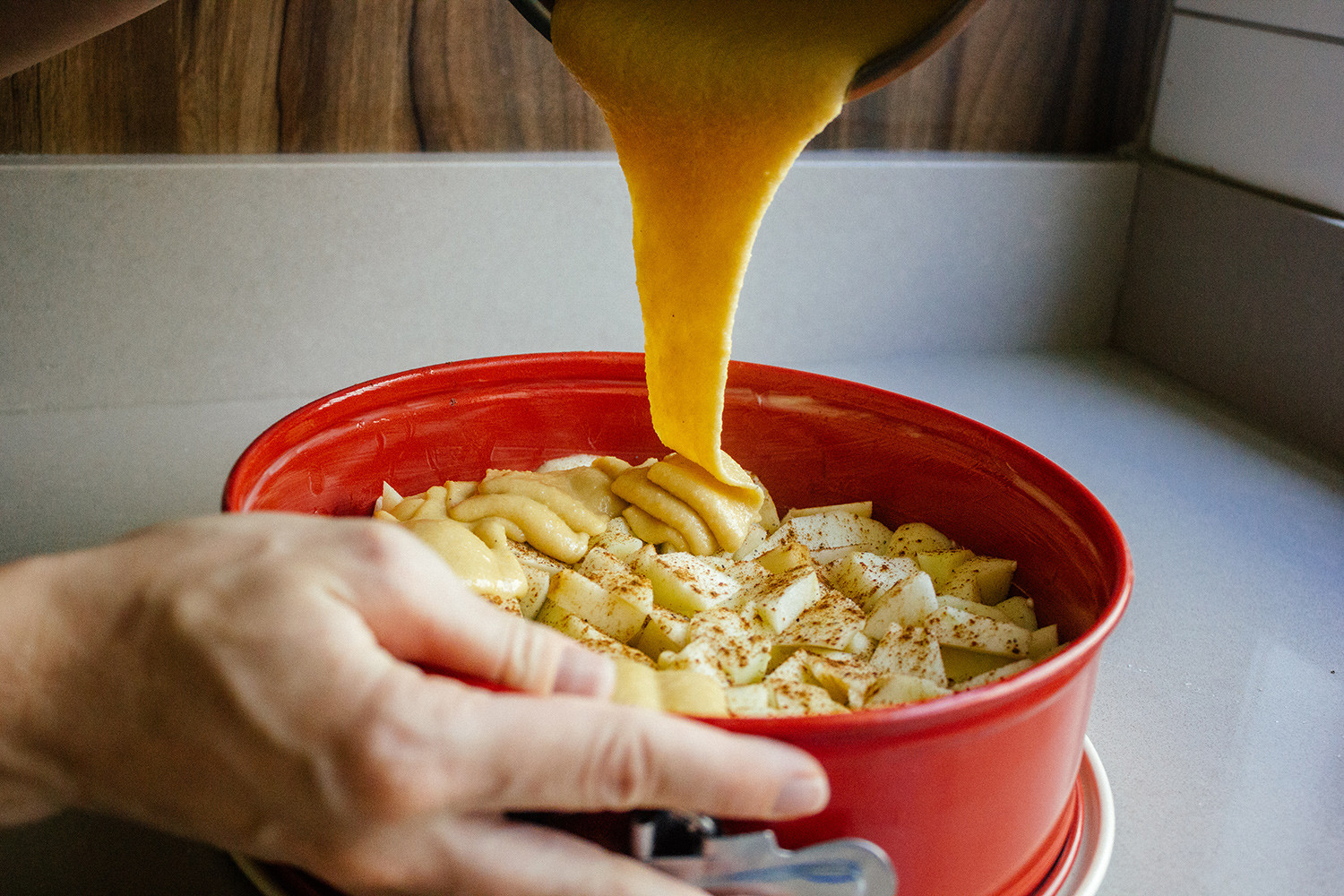 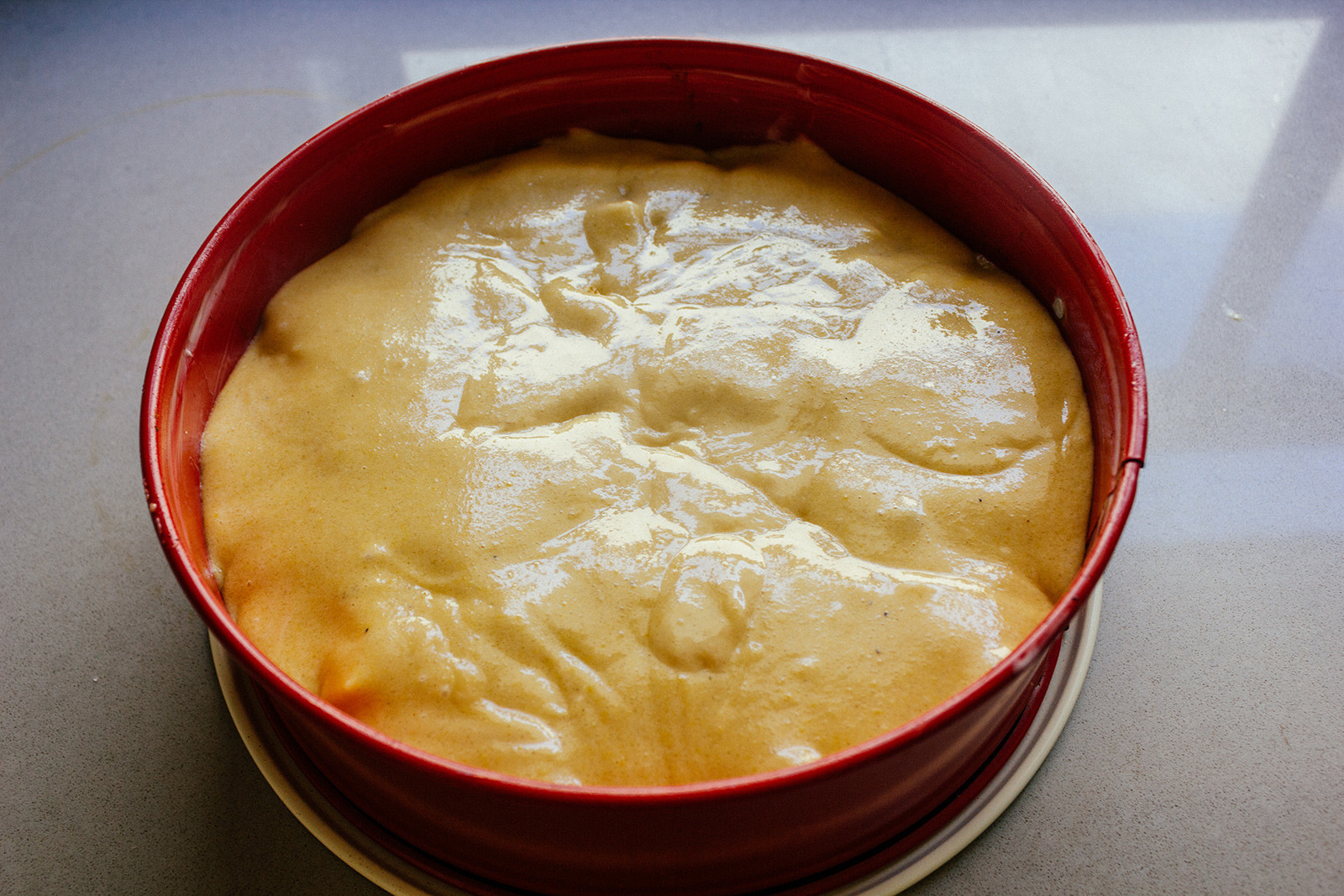 9. It is ready if the toothpick test comes out clean; if not, then give it a little more time. Once it is ready cool it down a little before removing it from the mold. Priyatnogo appetita! 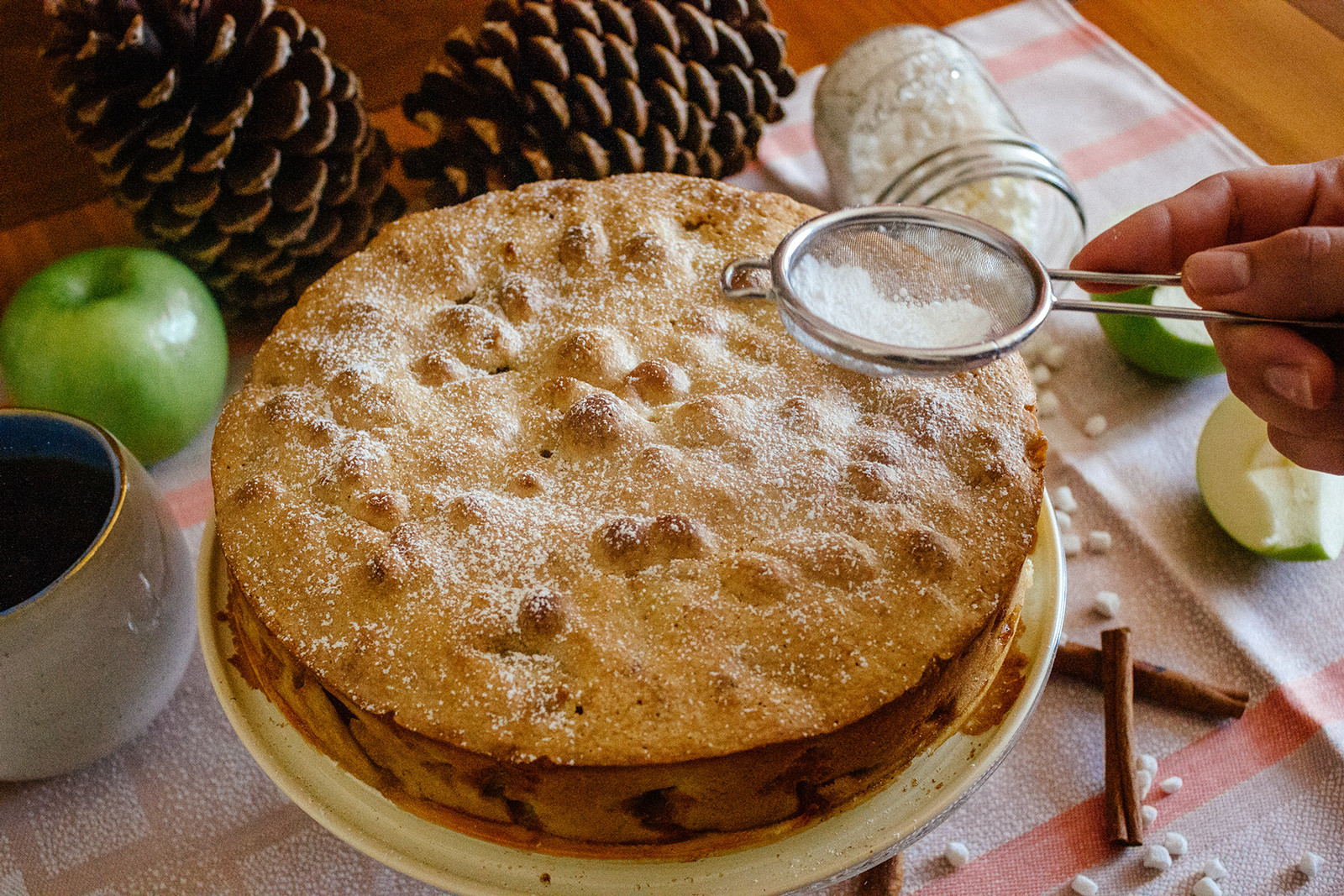