How 'psychic healers' supposedly cured all maladies on Soviet TV 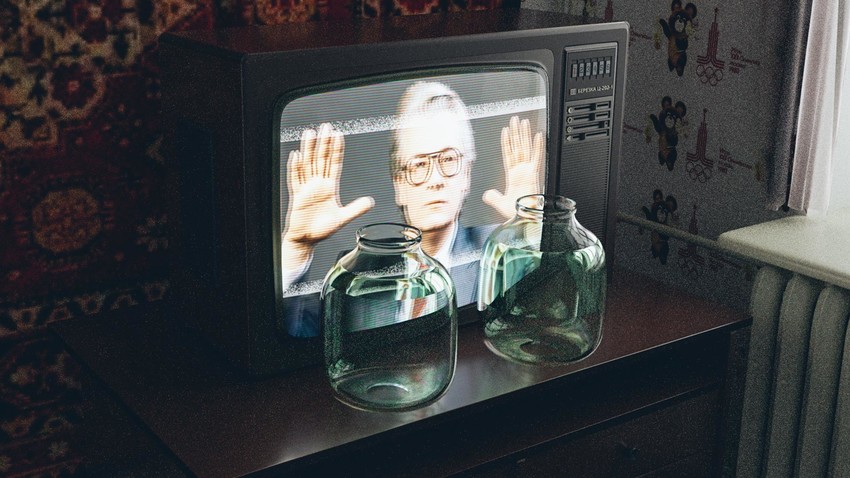 During the late perestroika period and following the collapse of the Soviet Union, the main television channels would broadcast so-called "healing sessions." And perhaps these even helped some people by giving them something to believe in during those difficult times.

Soviet scientists did actually spend decades studying human capabilities that are out of the ordinary, such as mind reading from a distance, but they never made a show of their scientific research. What happened instead is that in the 1980s, riding on the wave of perestroika, "healers" who supposedly possessed abilities that science could not explain began appearing on TV screens throughout the country. They filled huge stadiums and even performed sessions via television. In part, this misguided trust that millions of people placed in miracle-working healers was a response to the havoc and disruption that had gutted a once quite well-functioning health care system. Without access to necessary medical care, people with medical issues were left with few options and many latched onto believing in miracles. At the same time, as the socialist system disintegrated and the economy collapsed, the country experienced an acute crisis of confidence during which many people looking for something to believe in fell under the spell of countless magicians, psychic healers and religious cults.

Anatoly Kashpirovsky: 'I give the instruction' 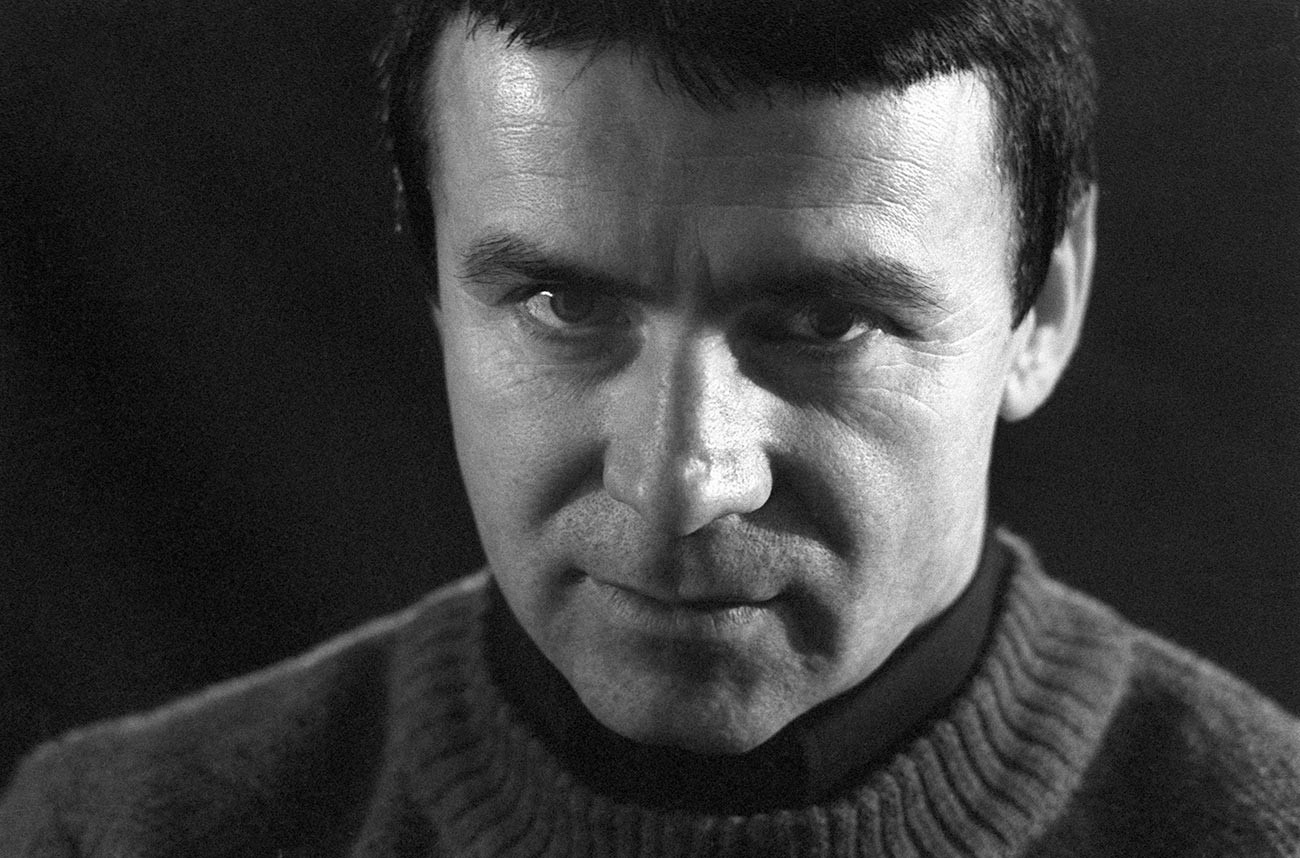 One of the most famous Soviet psychic healers is remembered by TV viewers for his legendary catchphrase, "I give the instruction," which evidently meant instilling his audience with healing energy and positive thinking. 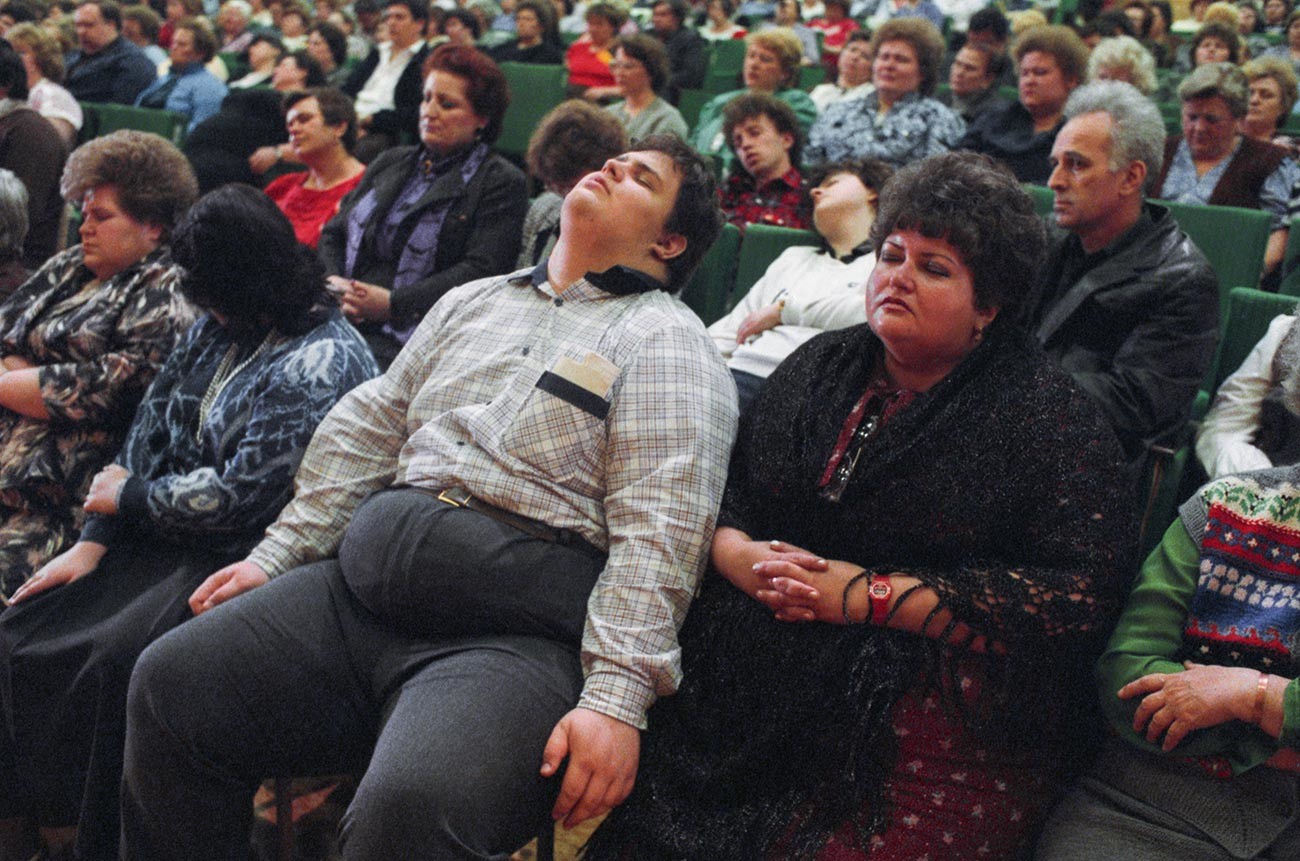 Hypnosis session for the treatment of obesity in Moscow.

Anatoly Kashpirovsky was born in 1939 in the Ukrainian city of Vinnytsia, where he worked in a psychiatric hospital for 25 years. He later recalled that in the 1980s during perestroika he frequently performed healing sessions in Moscow and that at one of these he was spotted by the makers of the Vzglyad television show and invited to be a guest. 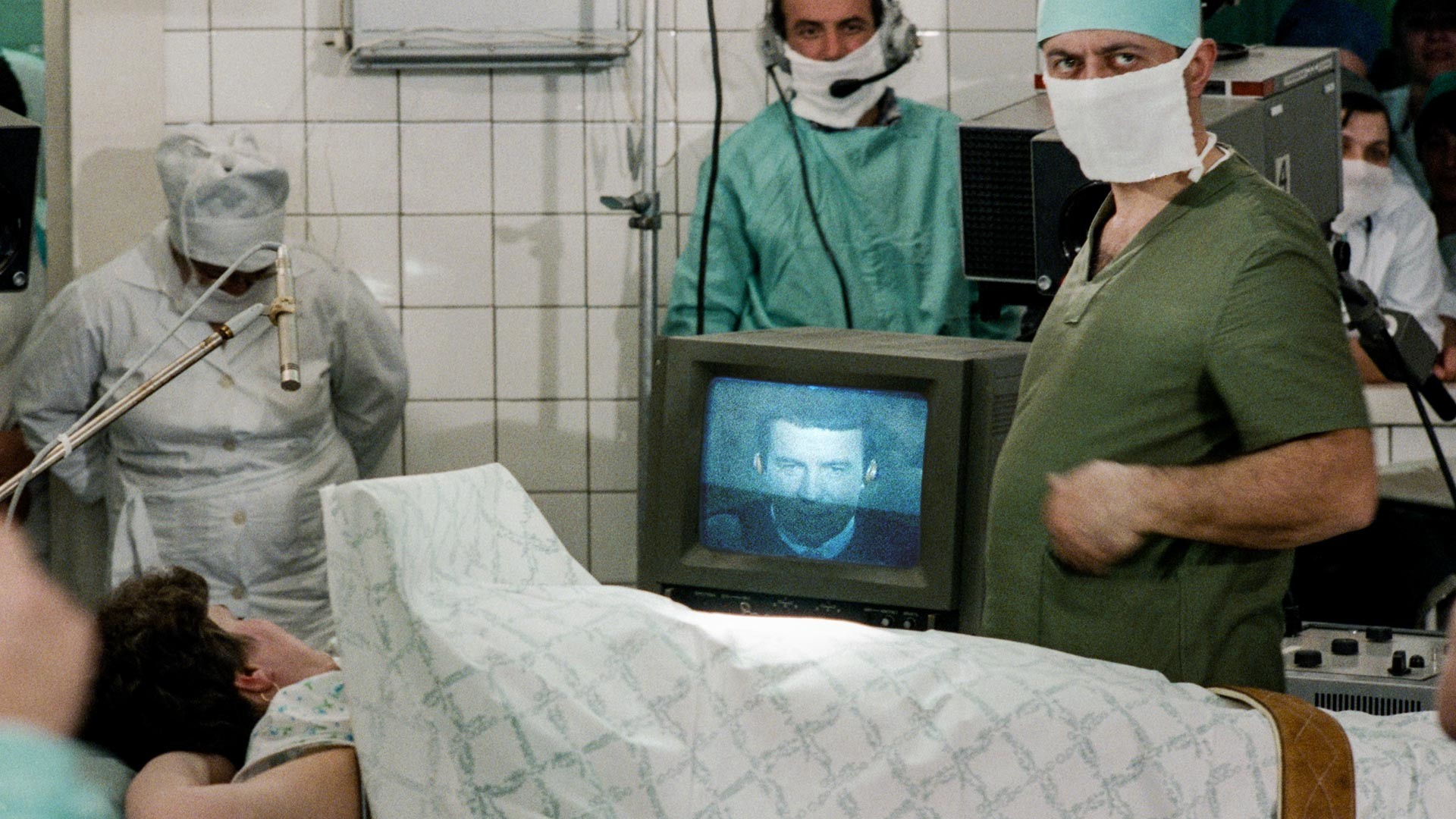 In 1988, Central Television showed Kashpirovsky using hypnosis to convince a female patient to feel no pain during an operation without anesthesia. Subsequently the doctors admitted they had in fact anesthetized her, while the patient herself said she had actually been in pain but was afraid to say anything in front of the cameras. Nevertheless, this appearance firmly cemented Kashpirovsky’s reputation as a healer. During his TV sessions, he regularly claimed to have cured patients of different ailments ranging from psoriasis to tumors.

In 1995, he was called in to negotiate with terrorists who had seized a hospital in the town of Budyonnovsk and persuaded them to release several hostages.

Anatoly Kashpirovsky still performs healing sessions these days, albeit on his own YouTube channel. In interviews he emphasizes that he doesn't regard himself as a psychic healer but rather that he uses hypnosis to help people use hidden resources that are deep within their own bodies. 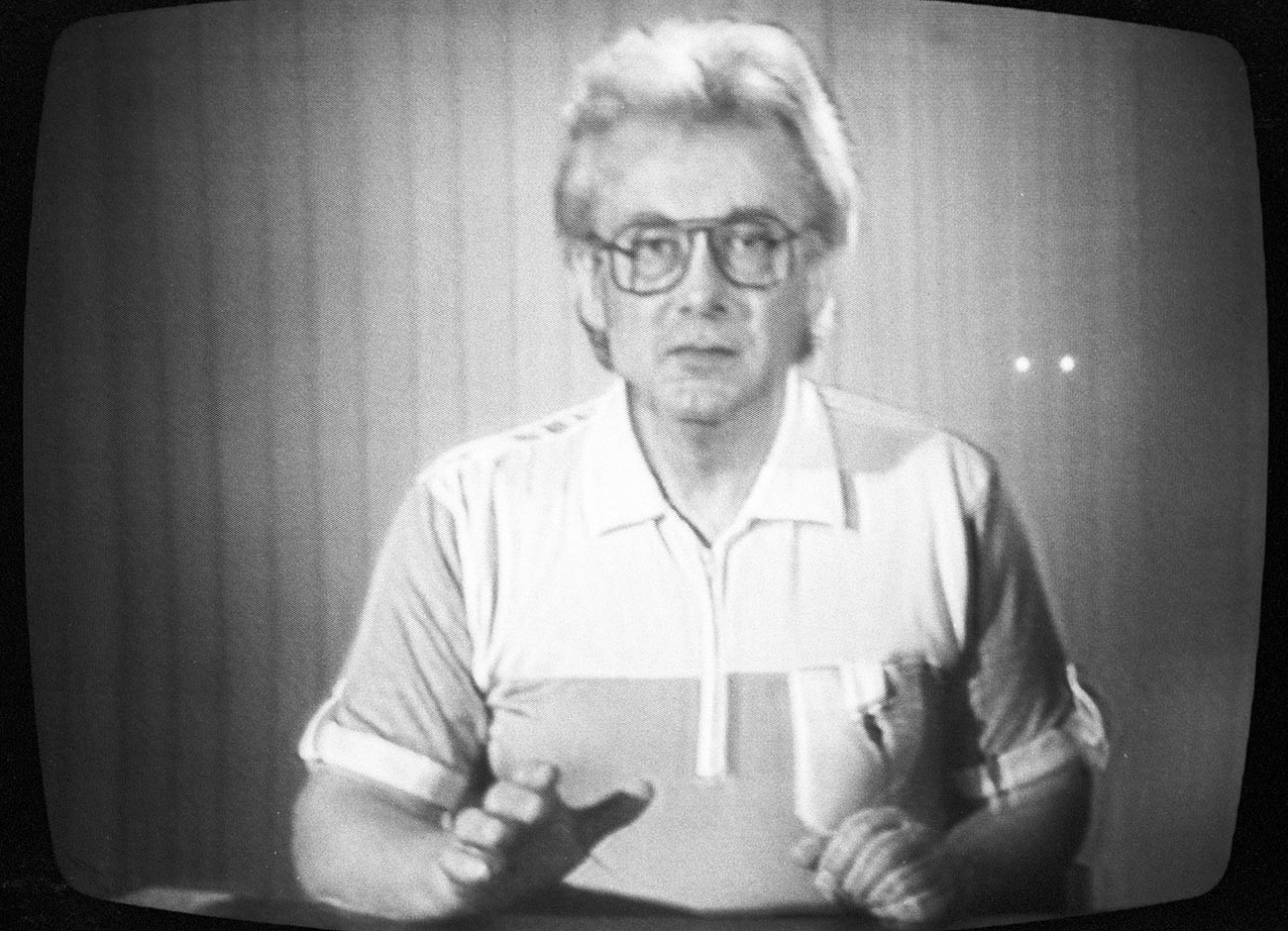 Before sessions conducted by Allan Chumak (1935-2017), viewers were instructed to pour water into jars and place them by their television screens. People believed that Chumak could “charge” these jars of water in order to help cure them of maladies. He discovered his supposed gift at the end of the 1970s while working as a journalist who actually exposed various charlatans. He later collaborated with the USSR Scientific Research Institute of General Psychology. 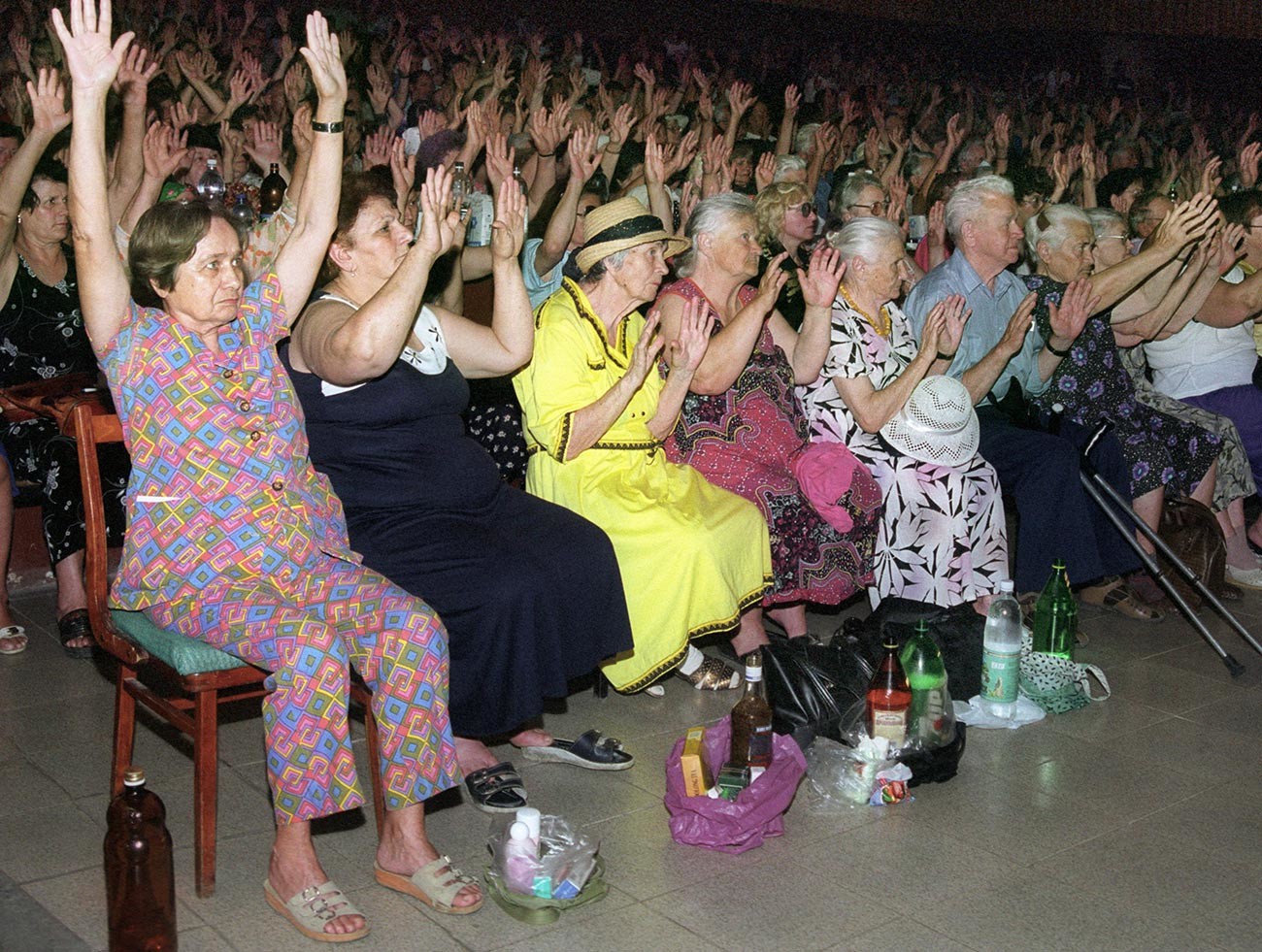 Chumak devoted each healing show to a different topic, such as cardiovascular conditions or how to change your life. One of Chumak’s many quirks was that during his sessions he would not say anything and instead just move his lips and make wavelike gestures with the flat of his hands. As his popularity grew, he began manufacturing pre-charged water, ointments and other substances. 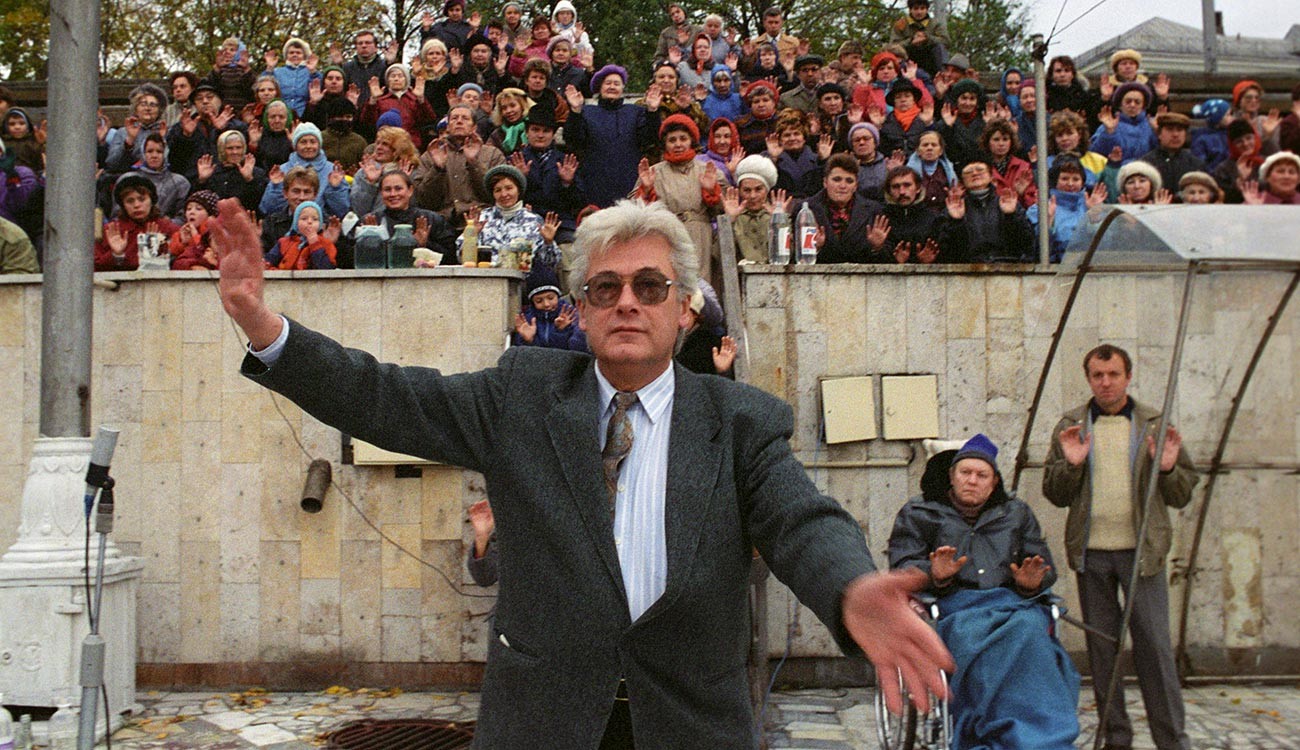 Chumak is "charging" the Chaika pool in Moscow.

His shows were aired until 1995, when the Health Ministry issued a ban on unconventional treatment methods like this. After this, Chumak started writing books. Clips from his bizarre television healing sessions can still be found on YouTube.

Yury Longo: Resurrecting a corpse before the cameras 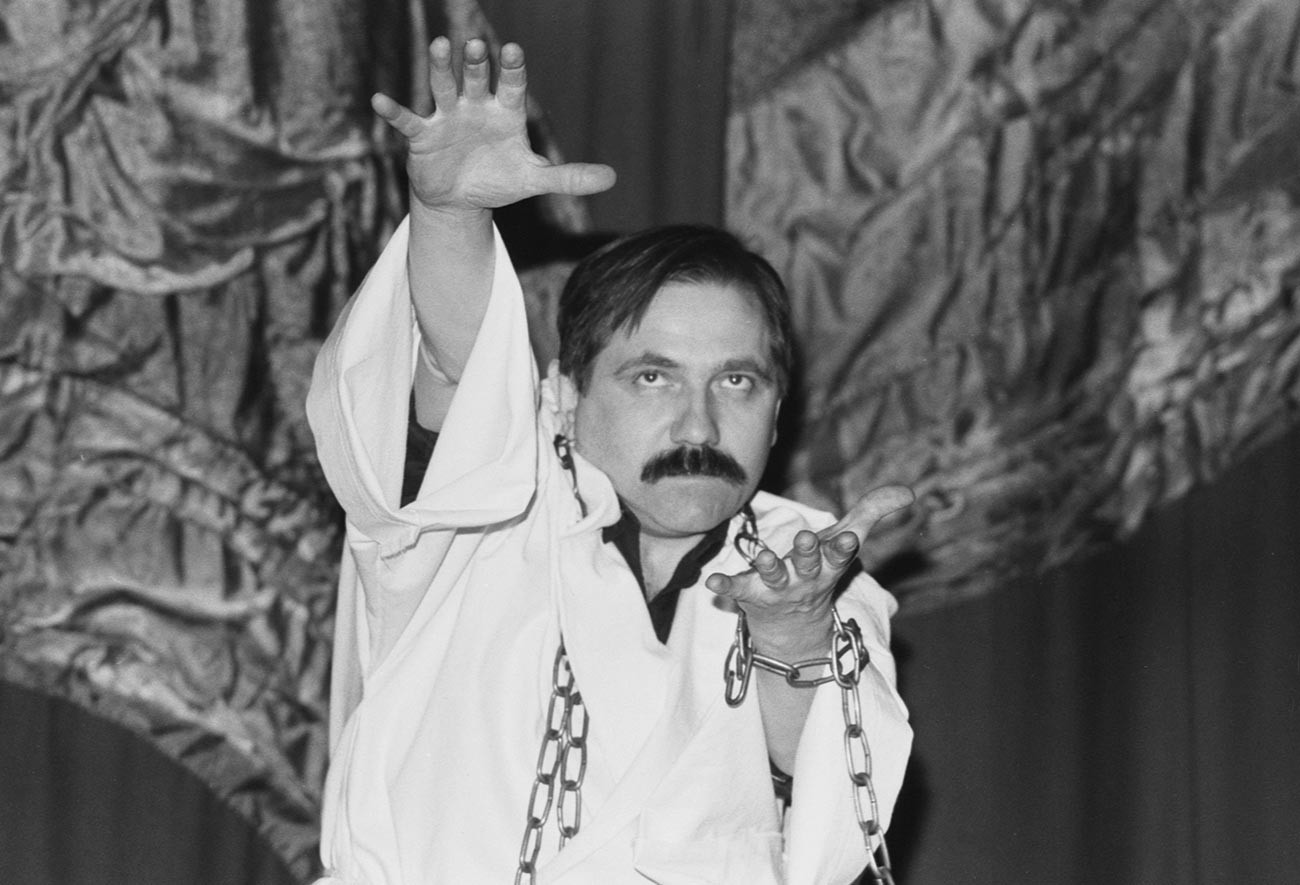 This charlatan who made a dead man come back to life was long remembered by Soviet TV viewers. Yury Longo (1950-2006) called himself a "master of practical white magic" and adopted an appearance to match, wearing long stylized robes and draping himself with chains while making meaningful hand gestures. Before his television career he worked in circuses doing performances with elements of hypnosis. Longo toured extensively throughout the USSR with his tricks until, riding on some of the stranger waves of perestroika, he found a job performing his healing sessions on television.

His most notorious stunt depicted him reviving a dead man in a morgue, although of course it was later revealed that the "dead man" had been played by an actor. Still, no amount of revelations stopped Longo from opening several schools for “wizards” in Russia and abroad. He died of an aortic aneurysm, having survived a heart attack shortly beforehand. 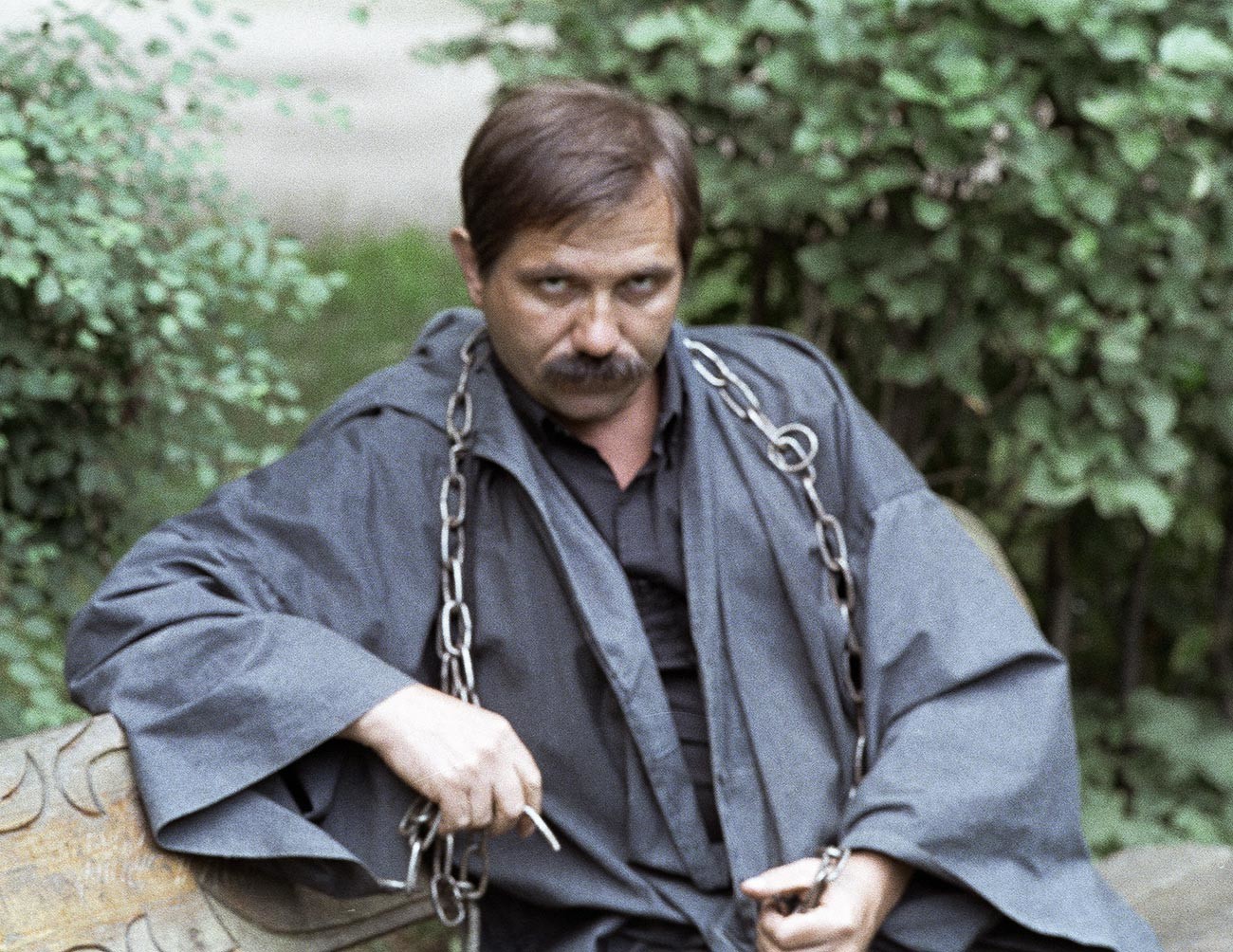