The rise and fall of Moscow’s majestic Olimpiyskiy Stadium 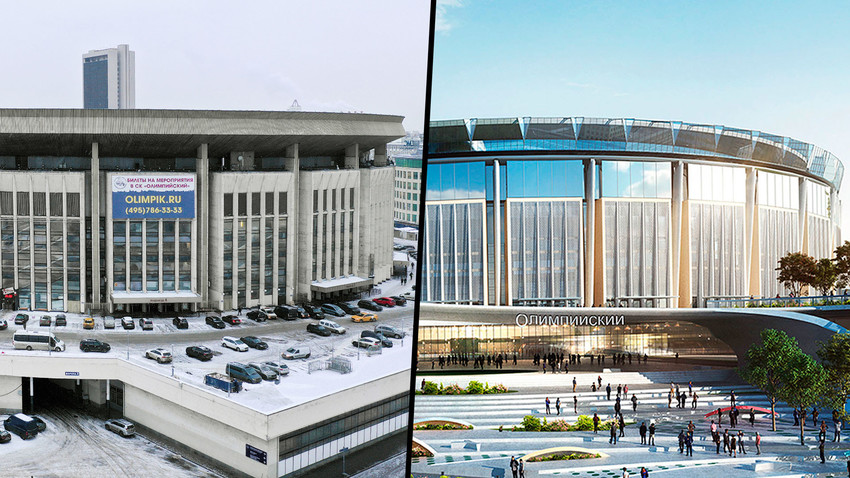 Valery Sharifulin/TASS; mos.ru
‘Olimpiyskiy’ was a particular building that literally united sports and a discount center under one roof.

The 1980 Summer Olympic Games in the USSR were unique: they were the first Games to be held in Eastern Europe and in a socialist country. The USSR administration engaged major preparations: 78 objects were built. One of them was the ‘Olimpiyskiy’ (“Olympic”) sports complex located near Prospect Mira in the north-east of Moscow. 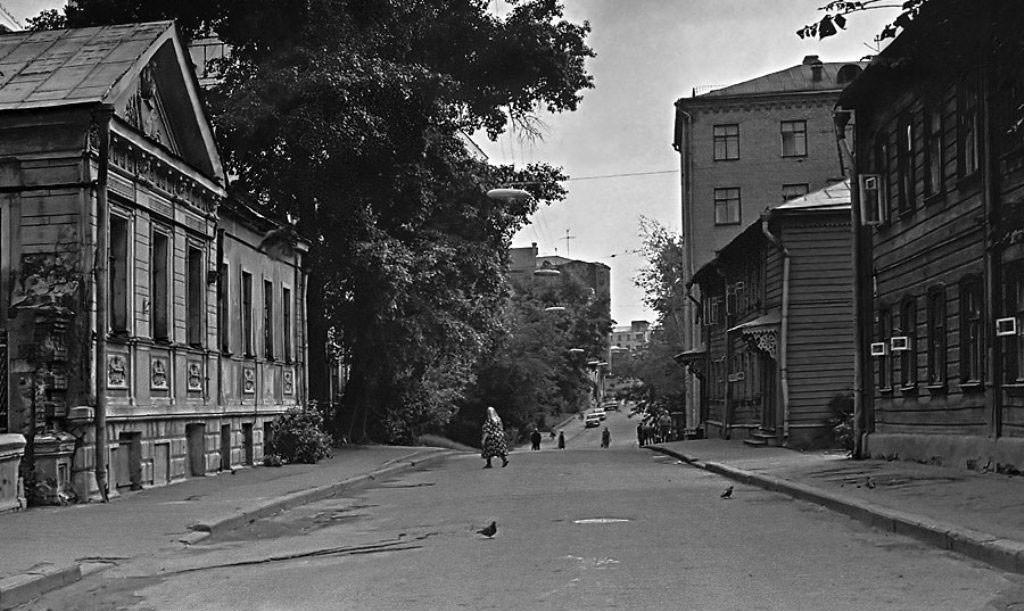 The building was constructed on the site of an open stadium called ‘Burevestnik’ (“Petrel”). But the territory of the small arena wasn’t big enough for an Olympic complex, so the adjacent neighborhood of three lanes with old and, in places, wooden houses were demolished, together with a chemical-metallurgical plant. 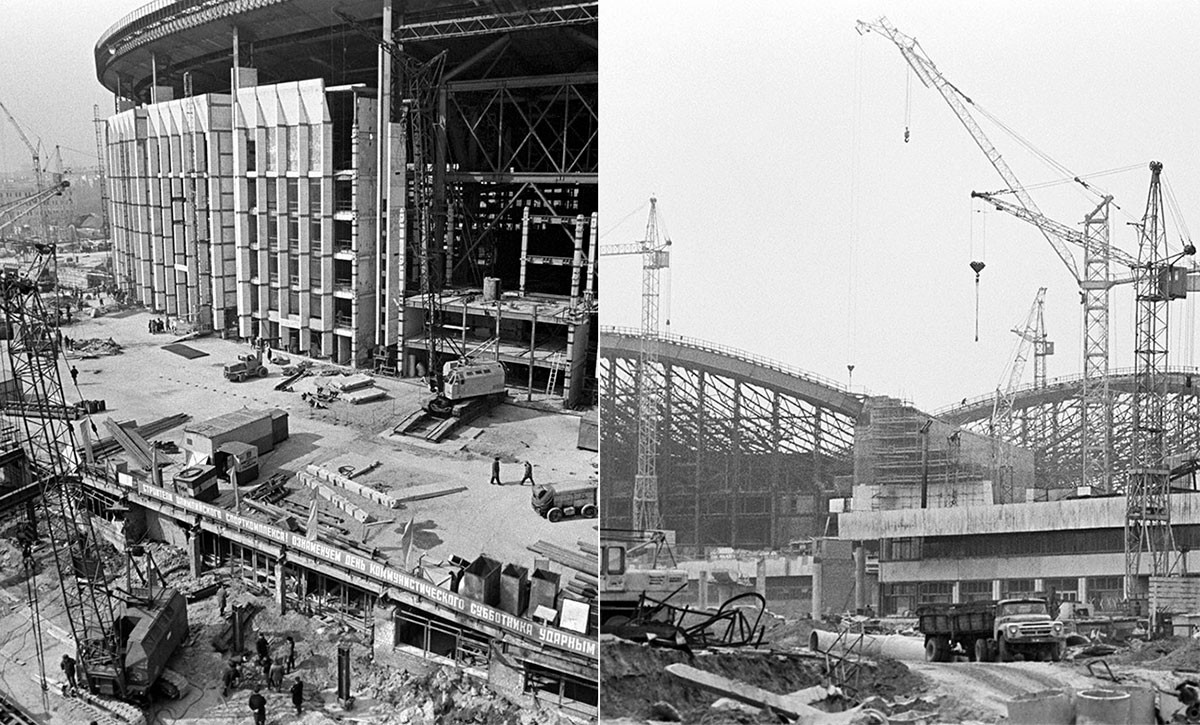 The building of the are and the swimming pool.

The project was developed by a group of architects headed by Mikhail Posokhin and Boris Tkhor, who is also famous for designing the concept of the Moscow-City business center many years later. The construction was started in 1977 and finished in summer 1980. In 1982, Posokhin and Tkhor were awarded the Lenin prize (10,000 rubles, 1 ruble = $0.708) for ‘Olimpiyskiy’. 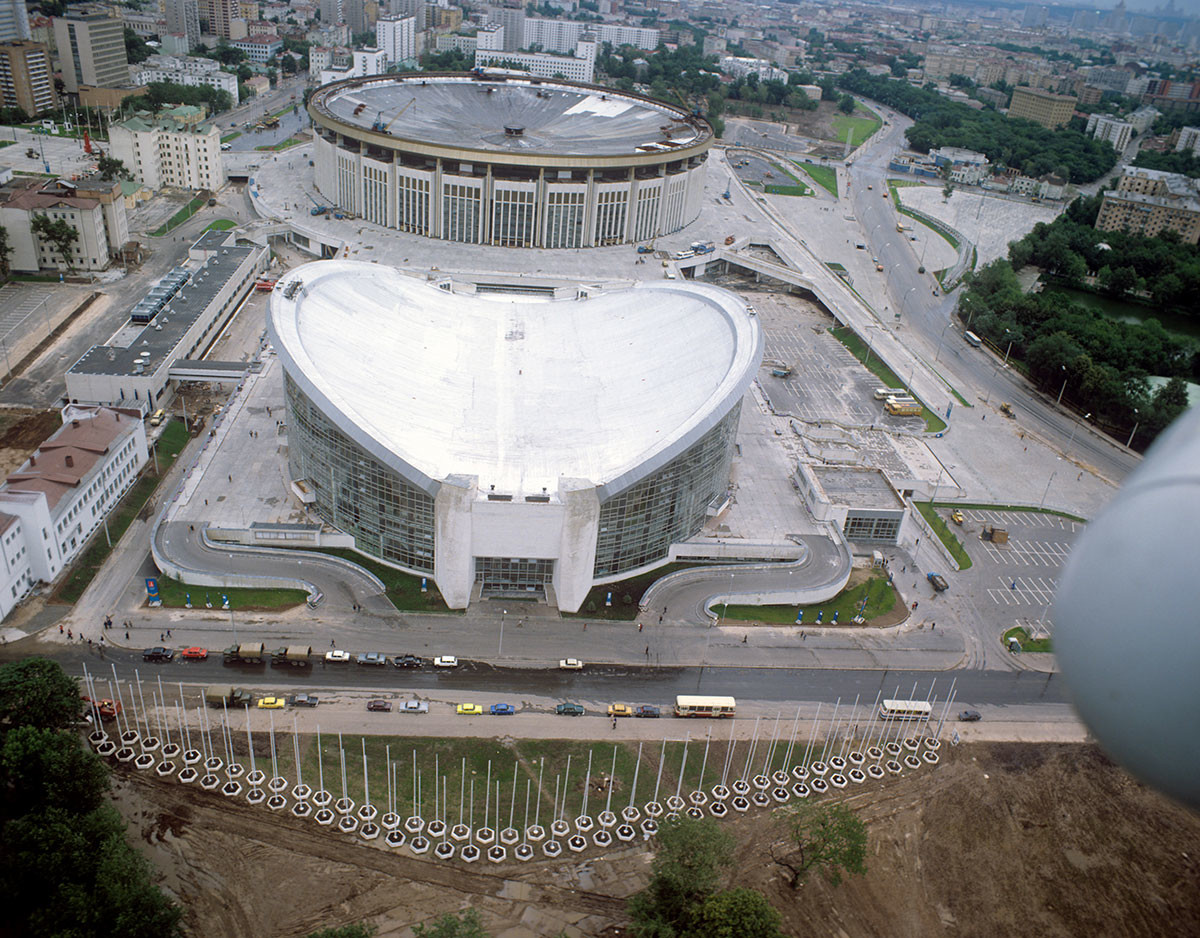 The complex consisted of two parts: a roofed stadium and a roofed swimming pool. The stadium included a multifunctional arena with 35,000 seats in the grandstand, a gym, team sports training halls and even an ice rink. The construction was really circumspect: the membrane roof was held by peripheral columns 40 meters high, so it didn’t need any other support inside the circle. Moreover, the arena could be divided into two parts with a special sound-absorbing partition wall. It only took two hours to put it up if needed. 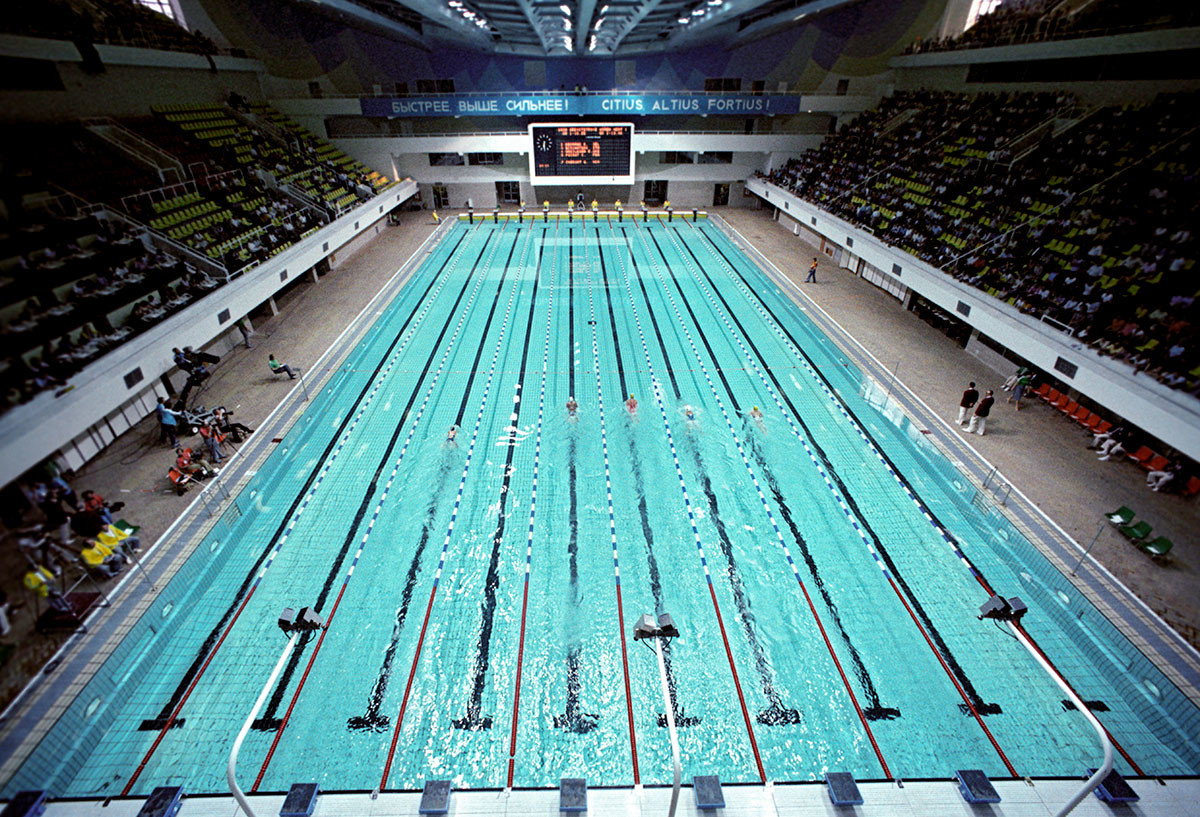 The swimming pool of ‘Olimpiyskiy’.

The swimming pool was located in the second part of the complex. It had a lot of facilities including a training pool, a demonstration pool (that could accommodate more than 8,000 spectators), highboard jumping (5 000 spectators) pools, a sauna and a gym. 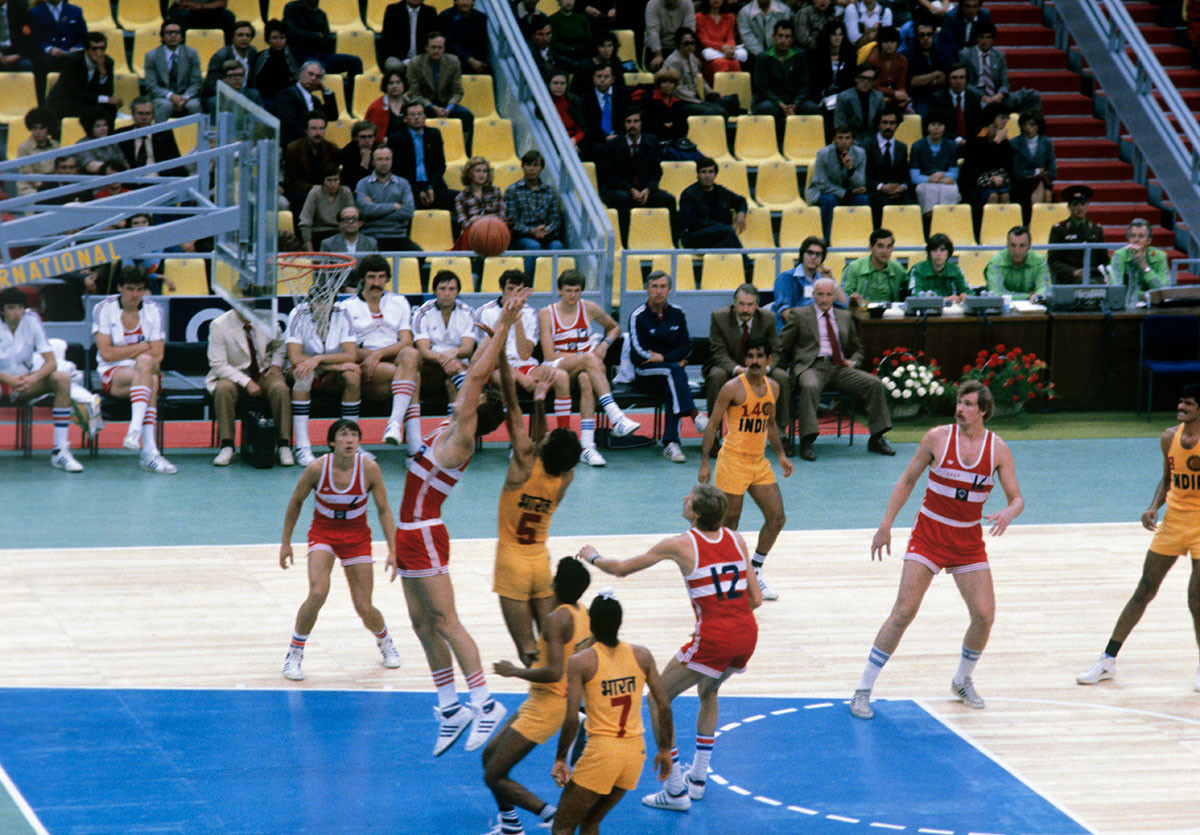 A basketball match in ‘Olimpiyskiy’ at the Summer Olympic Games of 1980.

The building was completed by the beginning of the Olympic Games. At that time, it was the biggest roofed stadium in Europe. The opening and closing ceremonies of the Games were held at the Luzhniki Stadium, but ‘Olimpiyskiy’ held all the basketball, boxing, swimming and highboard jumping competitions. 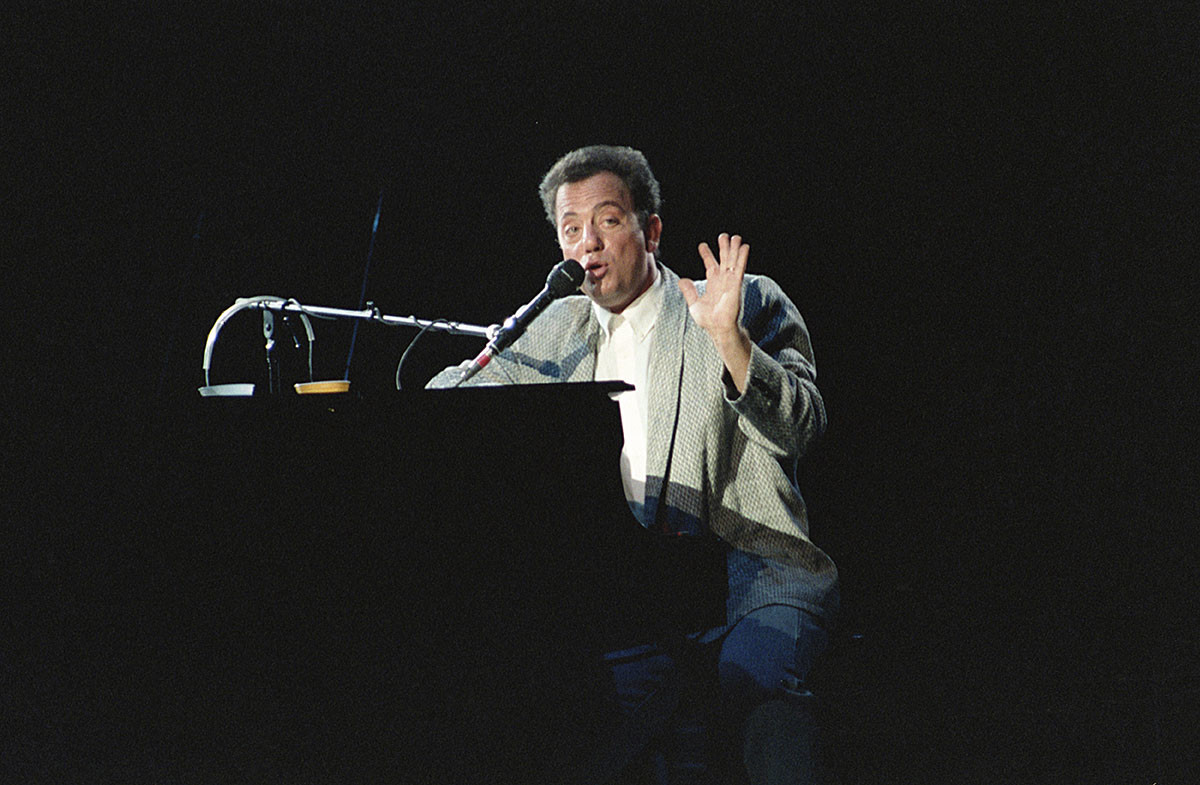 In 1982, ‘Olimpiyskiy’ became an important concert venue. In 1983, the first foreign musician performed there - French artist Didier Marouani with his group ‘Paris-France-Transit’, who brought a laser show that surprised the public. In 1987, Billy Joel played three concerts where he started throwing boots at the audience. The stadium’s main engineer remembers: “Our public didn’t like that joke, so the boots flew back on the stage. He even ran and hid behind a grand piano that moment.” The ‘Pink Floyd’ concert in 1989, meanwhile, attracted a whopping 40,000 people.

After the fall of the USSR people faced financial problems and stopped visiting ‘Olimpiyskiy’ events. The complex administration needed to find alternative ways to get income, so they had decided to open a shopping outlet there. 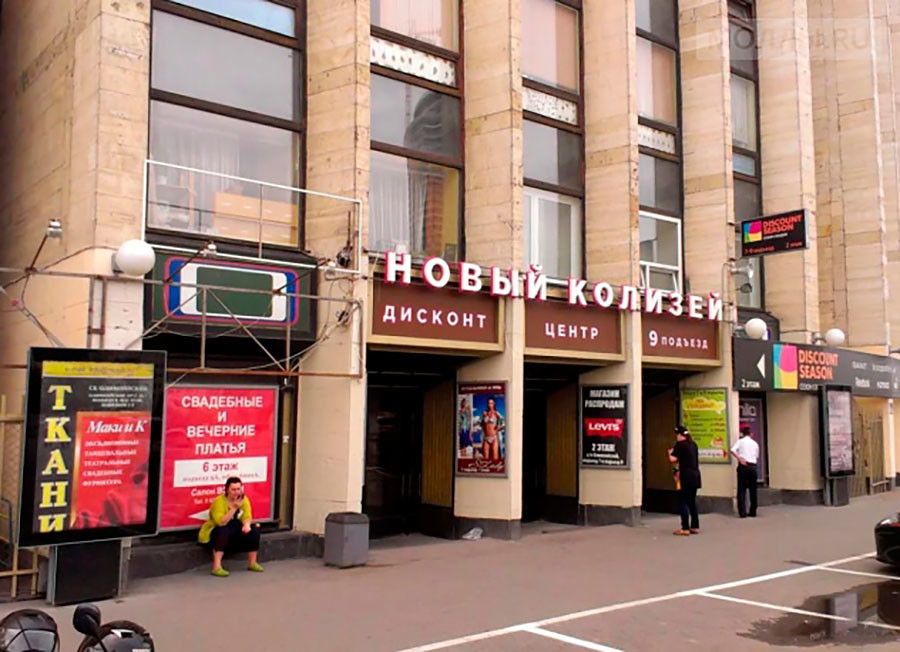 The entrance to ‘Novy Kolizey’.

This is how the first discount center in Moscow named ‘Novy Kolizey’ (“New Colosseum”) appeared. It occupied a part of the stadium on several floors and consisted of a huge number of stores, beauty studios and a cafe. Some other rooms were offered for rent as offices, stores or storage units. 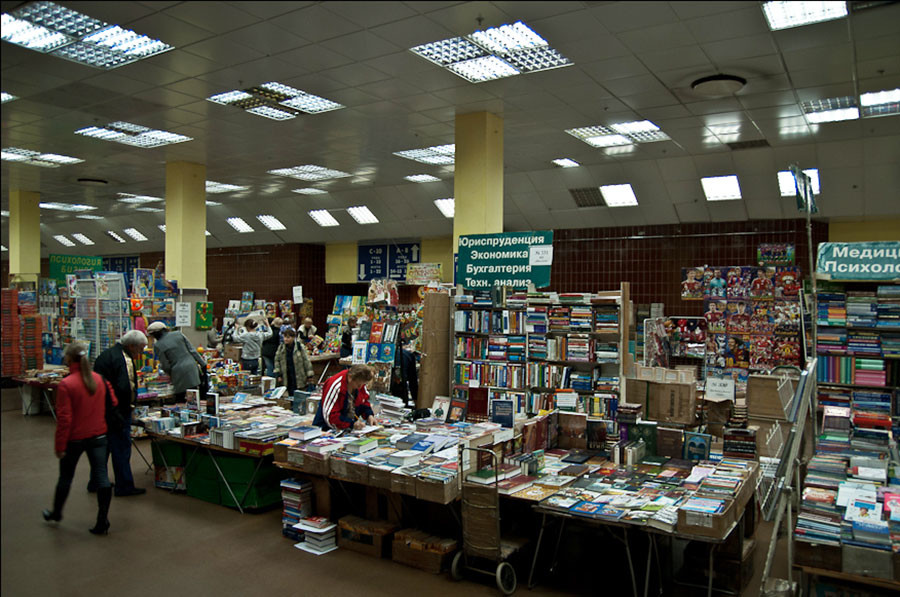 At the book fair in ‘Olimpiyskiy’.

In 1992, ‘Olimpiyskiy’ became the venue of a famous book fair. Visitors had to pay a nominal fee of 15 rubles (approx. $0.20 then) for entry. It was located in the lobby and spread out onto several floors. Most sellers were elderly Muscovites. The book fair was famous as a place where you could buy any rare book you wanted: you just had to be patient enough to look for it. By the beginning of the 2000s, sellers didn’t only offer books, but also different items like anything for school, clothes, toys, CDs and DVDs.

In March 2019, ‘Olimpiyskiy’ was closed for reconstruction, as it was considered the complex was out-of-date. In 2020, the demolition started. 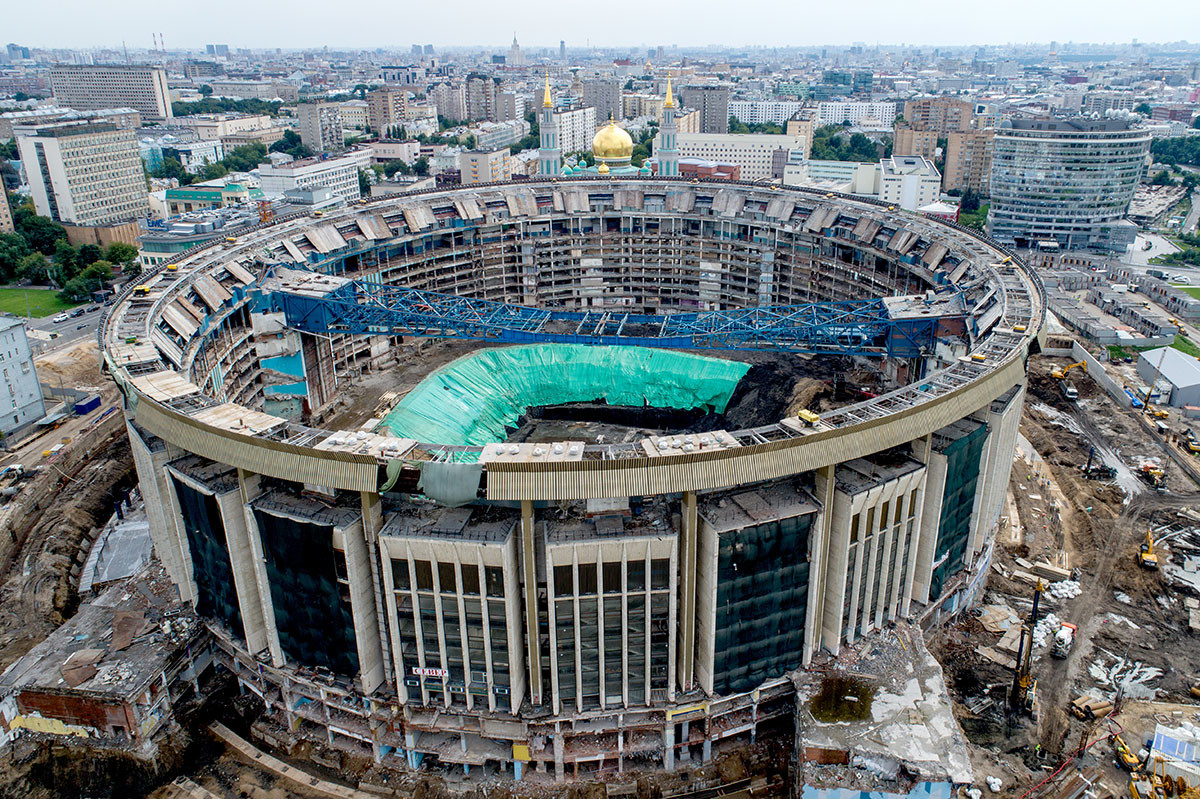 The membrane roof of the stadium was deconstructed by controlled demolition that impressed many locals in the neighborhood. The building with swimming pools, meanwhile, was totally demolished. 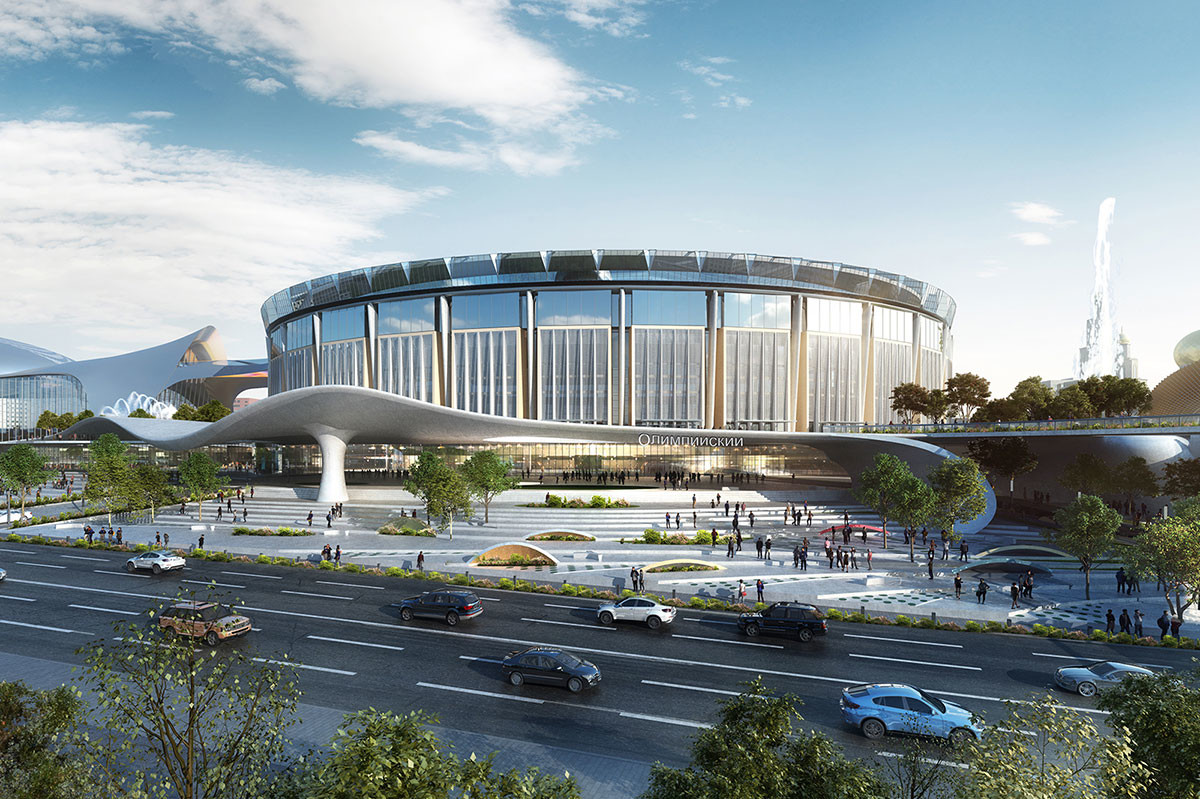 The arena building after reconstruction.

Instead of a regular roof, the stadium will get a low glass dome that won’t be seen from the ground. It’s planned to have a fitness-club, a running center, cinemas, a small planetary and a concert hall for 10,000 spectators. 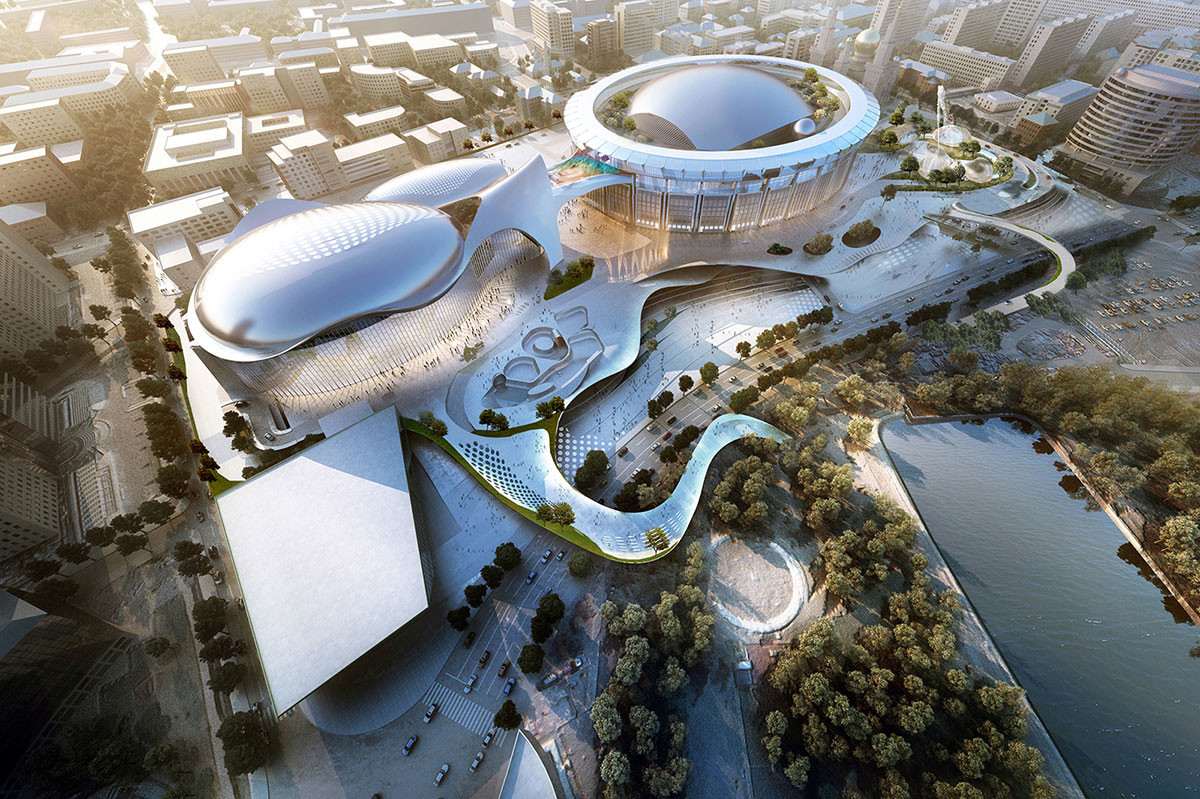 The whole complex after reconstruction. 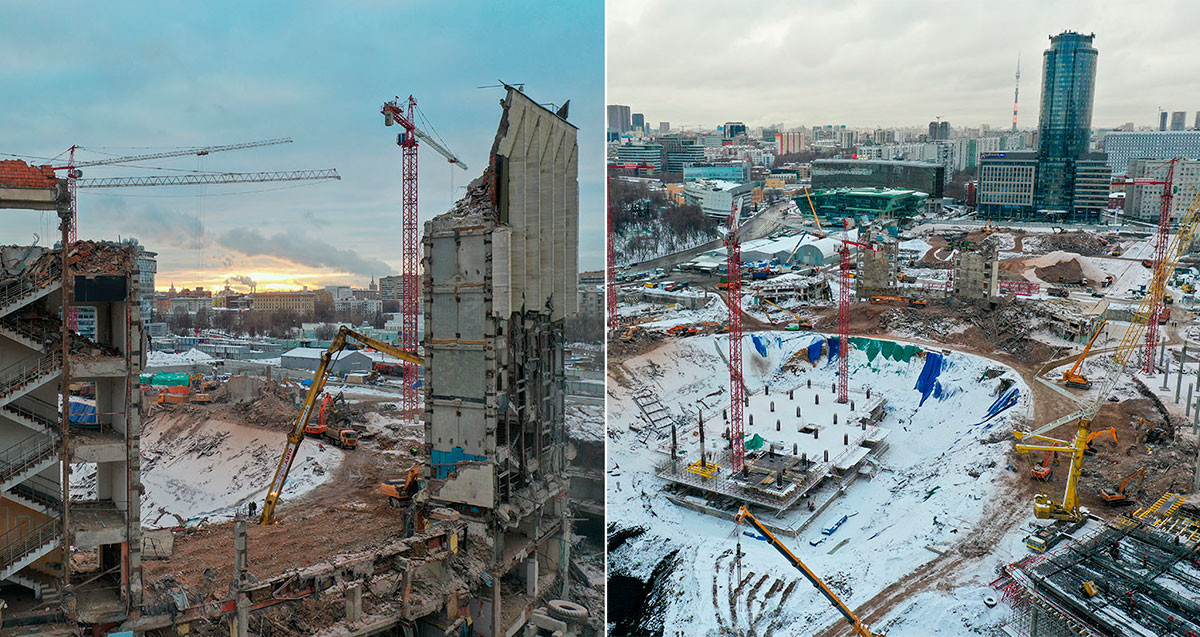 According to the official plan, the front of the stadium part was to be saved to keep the building recognizable. But in the end of November 2020, some photos where practically a third of the front was demolished surfaced online. Earlier, the swimming pool building was totally demolished, though it was promised that both pools would be kept. The front demolition is now the second deviation from the plan. On December 25, the demolition was finished, ending a 40-year legacy.