Failed Soviet projects that were supposed to ROCK the world! 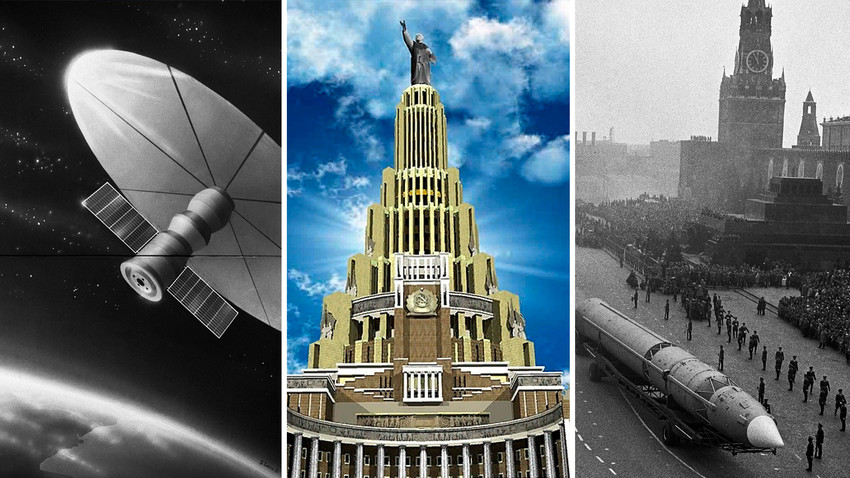 Evzerikhin; Pushkarev/TASS; Public Domain
These very ambitious projects should have made the USSR world leader in a number of spheres, but something would always go wrong.

The plan was to refer to the Soviet Internet as the ‘Statewide Automated System of Bookkeeping and Information Processing’ - or OGAS. But in true Soviet fashion, it was not going to be a jolly place: no chats, forums, memes or free streams. OGAS was meant to oversee the planning of the Soviet economy, e.g. the amount of goods on shelves to the number of workers on shift. Fun! 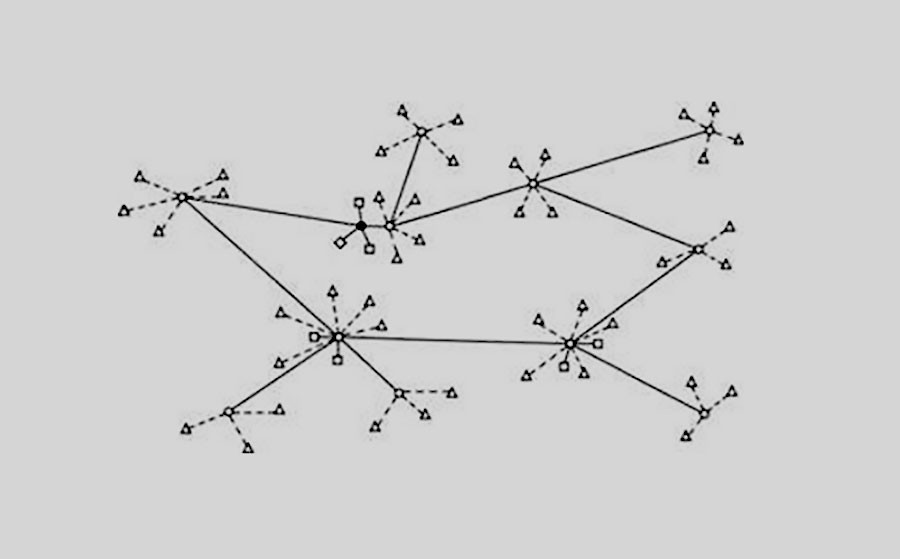 It worked like this: A network of linked computer centers would have collected and analyzed data from across the country in real time, giving the most optimal strategies. All Soviet people would have been registered. Moreover, paper money would have become obsolete and replaced by an electronic payment system.

In 1970, the government’s computers were capable of calculating 180 parameters. In 1985, the number rose to 30,000. But the idea never came to fruition - there wasn’t enough hardware or finances to get it up and running. Being a planned economy, the military and space industries were always given priority.

The moon landing was never the endgame for Soviet space engineers - merely a stepping stone on the way to something bigger: a trip to the Red Planet, which chief space constructor Sergey Korolev set about realizing already back in 1960. 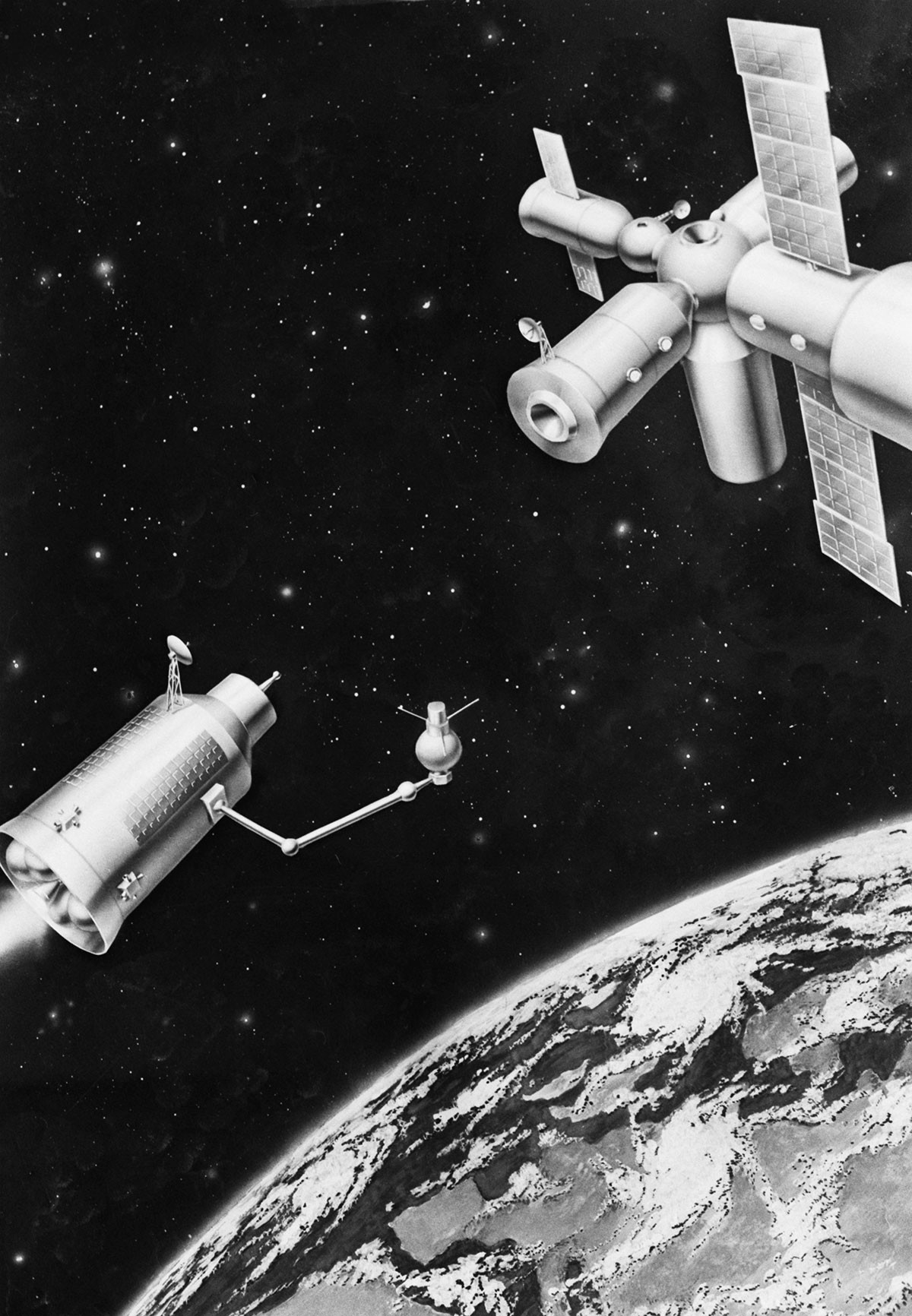 Everything was painstakingly planned - a superheavy rocket to make it to Mars’s orbit; an autonomous station with a recyclable life and production cycle; a space greenhouse and so on. But the Moon race put the project on hold - the Soviets saw the possibility of Americans getting there first and priorities changed. After they lost the Moon race for real, the first manned mission to Mars was again on the cards: it was to include five cosmonauts, and was scheduled for 1985. But with Korolev’s death in 1966, the Mars trip, too, began to stall and was finally cancelled altogether.

The Palace of the Soviets 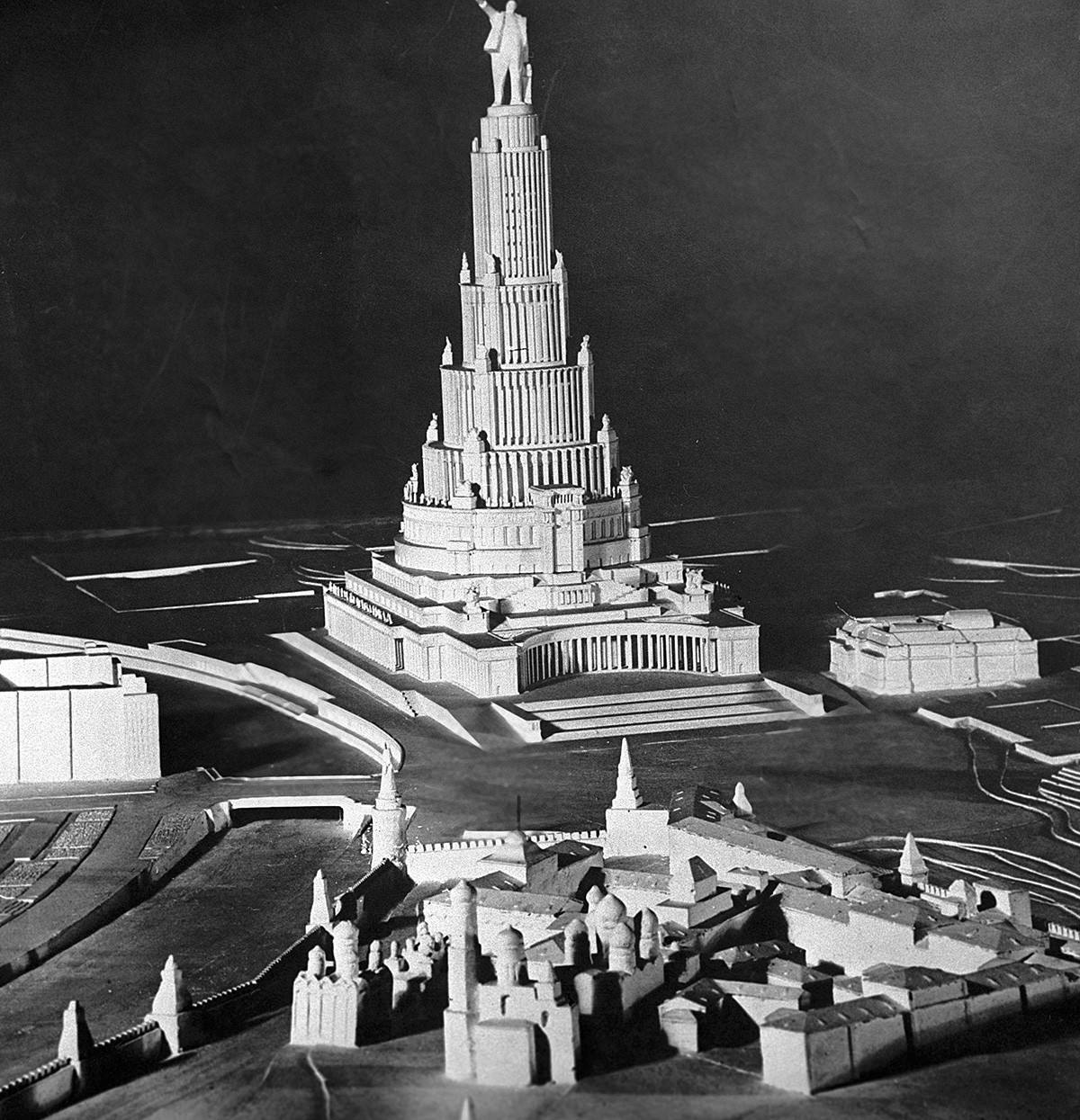 Construction of this enormous administrative building was to become one of the most large-scale in all of Soviet history. The Palace was to feature a 100-meter statue of Lenin as a spire and become the tallest building in the world at the time at 415 meters! Had the project been realized, we would’ve seen something like this today: 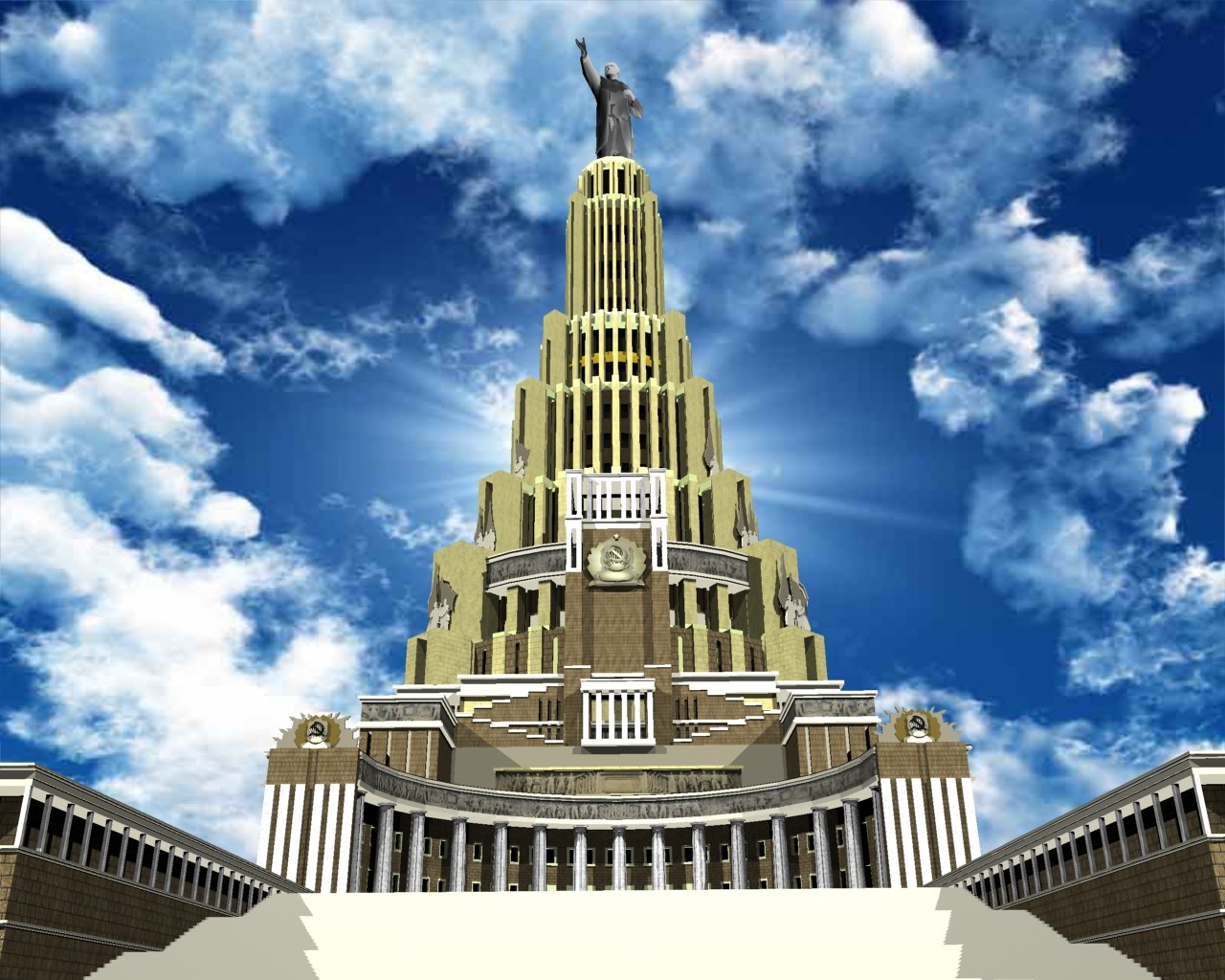 The Palace of the Soviets was to stand in place of the demolished Cathedral of Christ the Savior; they even managed to complete a foundation for the project. But World War II put a stop to construction. Reanimating the project after the war was impossible, so instead, the biggest open-air swimming pool - the ‘Moskva’ - was built. In the 1990s, the pool was demolished and a carbon copy of the demolished Cathedral was built in its place.

The concept of the “global missile” took its cue from a U.S. project, which was quickly deemed unviable by the Americans, but the Soviets weren’t about to give up on the idea. And so, the GR-1 was planned, with the idea being that a rocket carrying a nuclear warhead would be put into orbit, where it could fire on any potential threat. There were to be no limitations to how far it could travel - any target on the planet was to be within easy reach. 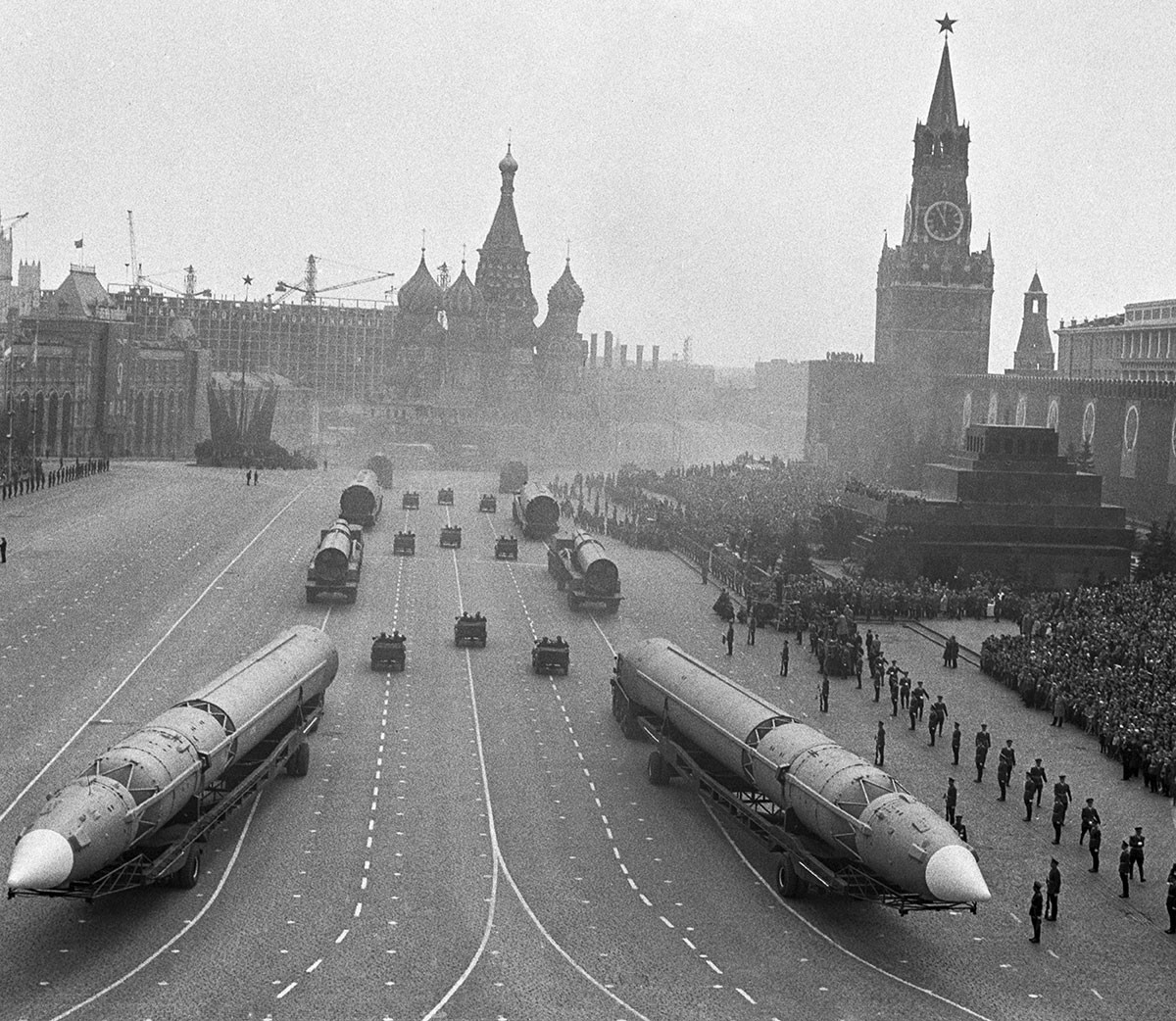 “With such a missile in place, any nuclear deterrent will become obsolete. Global missiles cannot be detected, making any preventive measures useless from the start,” Soviet leader Nikita Khruschev declared. In 1956, the world saw what a missile of this type looked like as a “working prototype” was wheeled out onto the Red Square during the May 9 Victory parade, striking fear into Western journalists and leaders alike. The missile, however, was nothing but a scary model, no scarier than a school science fair project. The USSR did not advance beyond that point and the project was scrapped, with space armements being banned by the UN General Assembly soon after. 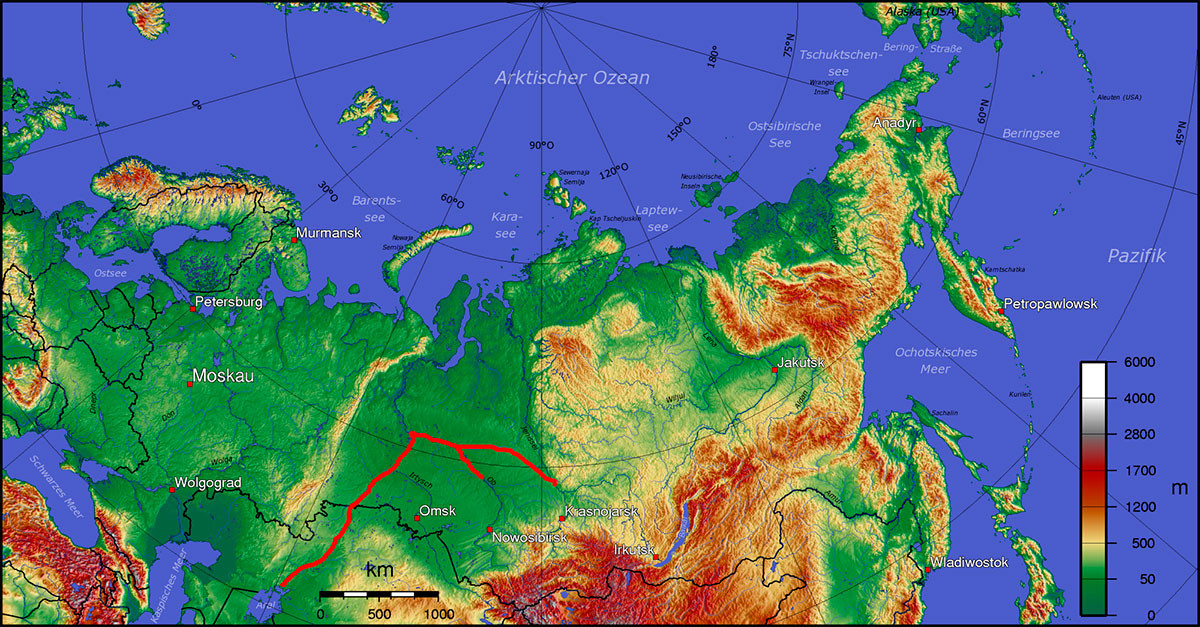 Mastery over nature was another area the Soviets dared to conquer. This absolutely insane 1970s project was in the works for more than 20 years, involving some 160 research and development institutes. The government sought a way to turn the traditionally dry Soviet regions into an agricultural paradise. It even thought for a while that the research was a success.

To do this, it needed to revert a portion of the flow to some of the more arid areas in places like Kazakhstan and Central Asia. For example, the waters of the Irtysh were to be outright reversed by way of special pumping stations, hydro knots and aquifers.

There was another “evil” project in development, called the ‘Taiga’, which presupposed the creation of new channels in Ural rivers with the aid of 250 nuclear detonations. They only managed to carry out three, however, realizing that they’d already done irreversible damage to the ecology. A similar conclusion was reached with the idea of reversing rivers, with common sense prevailing. 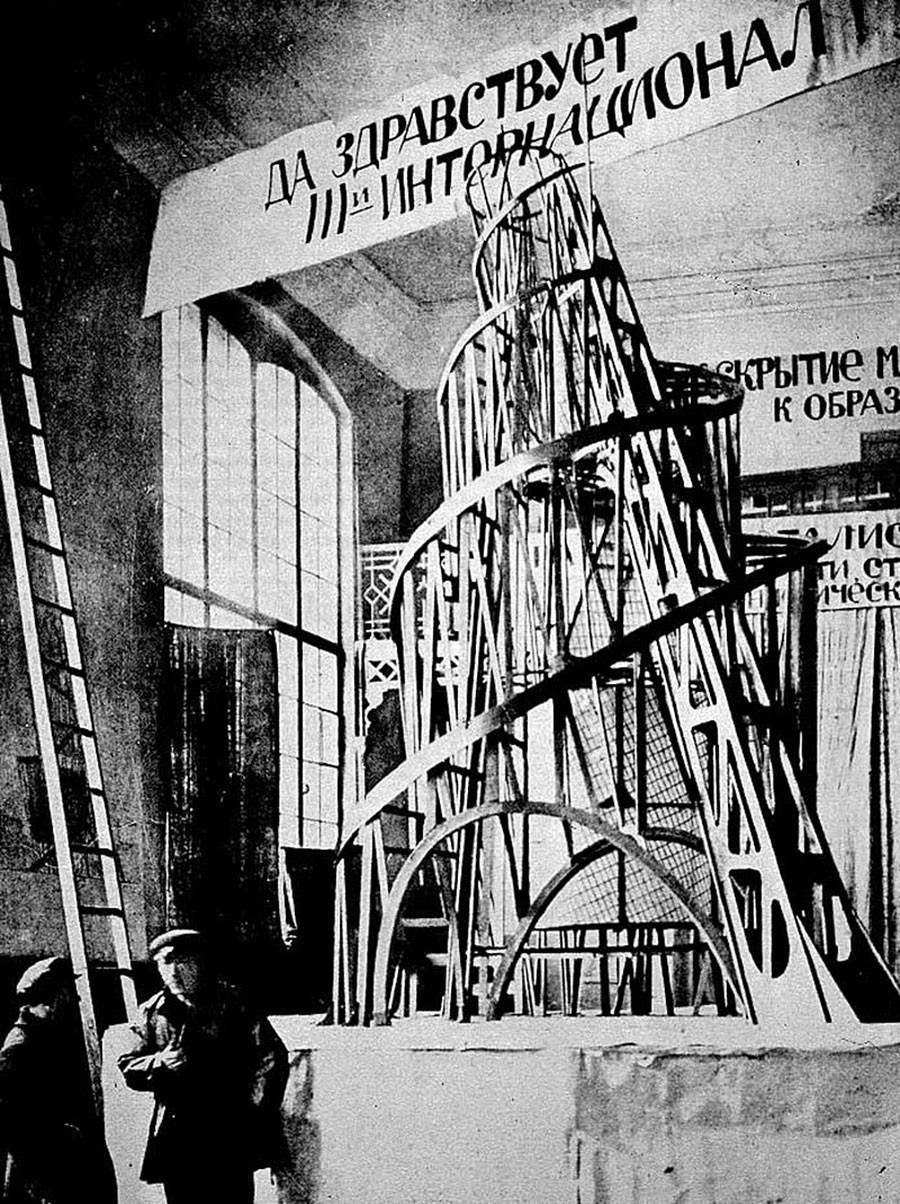 Despite the fact that the Monument to the III International was never produced, the Tatlin Tower - as it was also known - still managed to become a symbol of the constructivist school the world over. 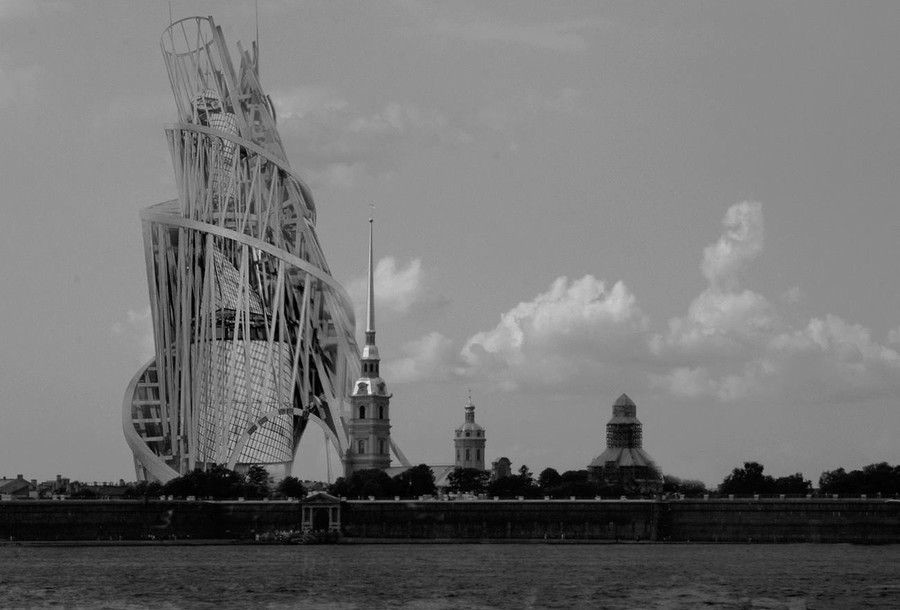 Vladimir Tatlin conceptualized the tower as a symbol of the 1917 Revolution. The 400-meter construction was also going to be a spinning one: its cube would make one revolution per year, the cone would take a month, the cylinder would take a day, and the half-sphere - just one hour. Leningrad (today St. Petersburg) did not get to have the monument, as in the late 1920s, the government started giving avant-gardists the cold shoulder, stopping hiring them for grand projects.

Illuminating the Earth from space

Another seemingly unfathomable space project almost came into being in the 1980s. Soviet engineer Vladimir Syromyatnikov, who developed the space docking system we used today, pondered the idea of space flight using solar energy - instead of rocket fuel - using space mirrors, or solar sails, as we know them today. Another idea was born out of this: what if we could direct a space mirror toward Earth and have it reflect the sun’s light toward us, thus prolonging the day? 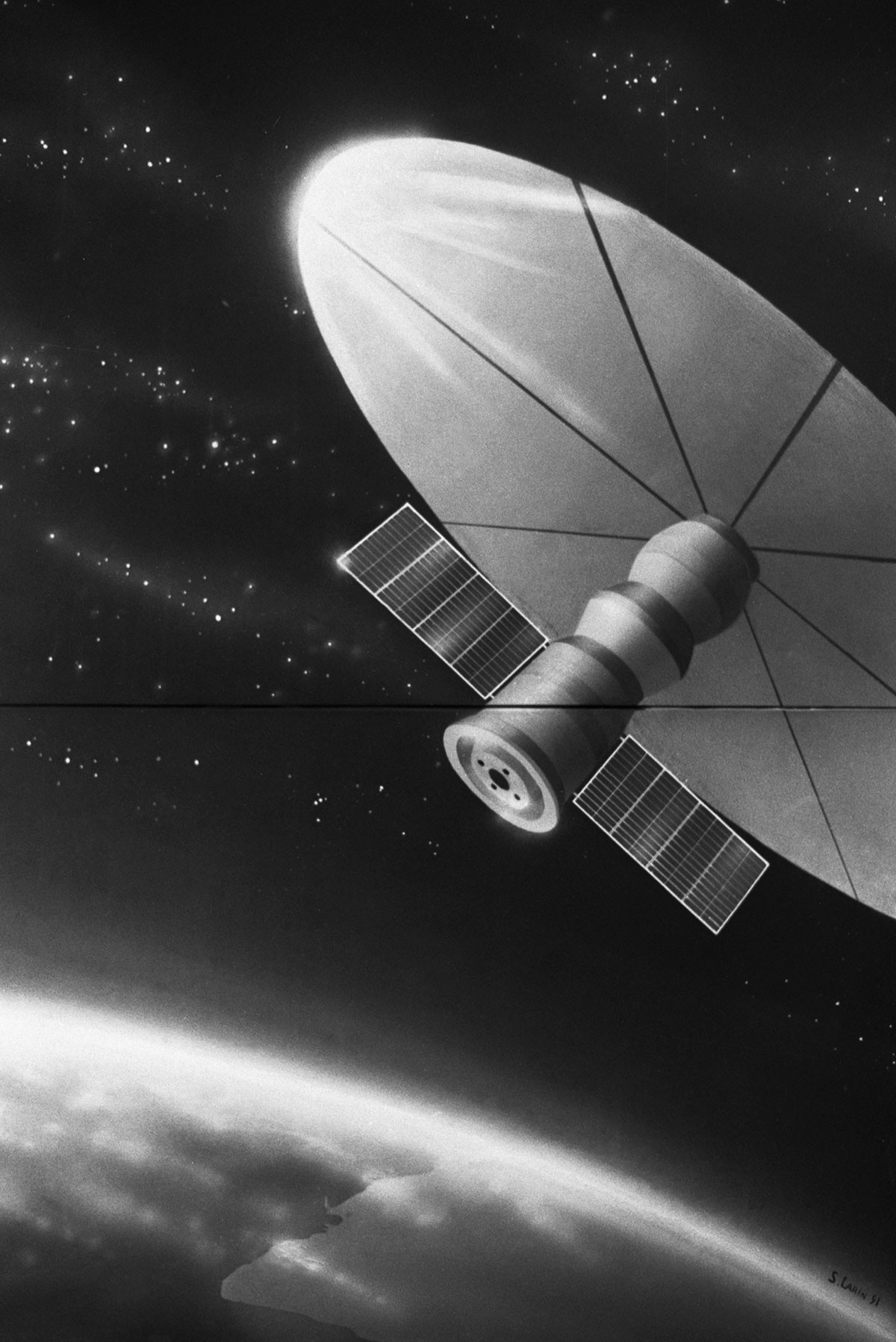 They even managed to carry out a proof of concept (albeit after the USSR’s breakup). In 1993, the ‘Progress’ spaceship successfully turned a reflector positioned next to the ‘Mir’ space station, creating a spot of light on Earth measuring eight square kilometres. It traveled at the speed of 8 km per second through Europe, starting in southern France and finishing its journey in western Russia. Although it was cloudy on that day, many people reported seeing a flash of light.

There was another experiment following that one, but it was unsuccessful. One of the mirror’s segments tagged the Mir’s satellite. The project was put to bed as it was deemed unviable. 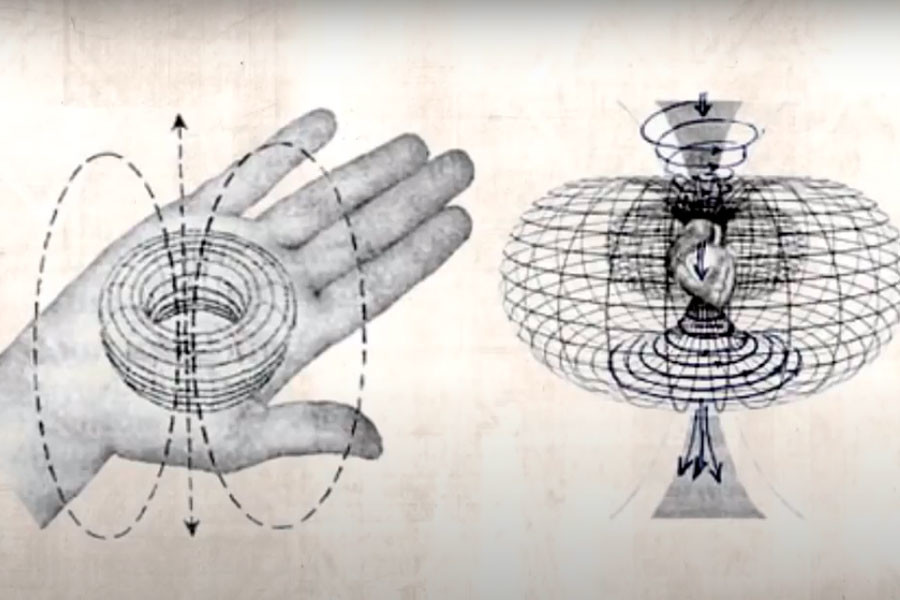 Torsion fields are a hypothetical concept in physics, referring to fields created from the force of a spinning object. In the 1980s, the USSR believed in the theory as strongly as the notion that we were going to have a base on the Moon. An entire program was set up, involving academia, the KGB and the Ministry of Defense, in order to study the effects of torsion fields. According to Soviet scientist Anatoly Akimov, realizing the concept in practice would lead to unique breakthroughs - a torsional engine, a torsional power source, materials with new physical properties, as well as allowing geologists to see right through the planet, the way an x-ray can (which would lead to more quickly discovering precious minerals).

The utopian theory was sponsored by the government, but did not yield any results, nor any scientific findings to support the existence of any of the above possibilities. In July, 1991, at a meeting of the Council of Science and Technology, the program was officially declared pseudoscience and wrapped.