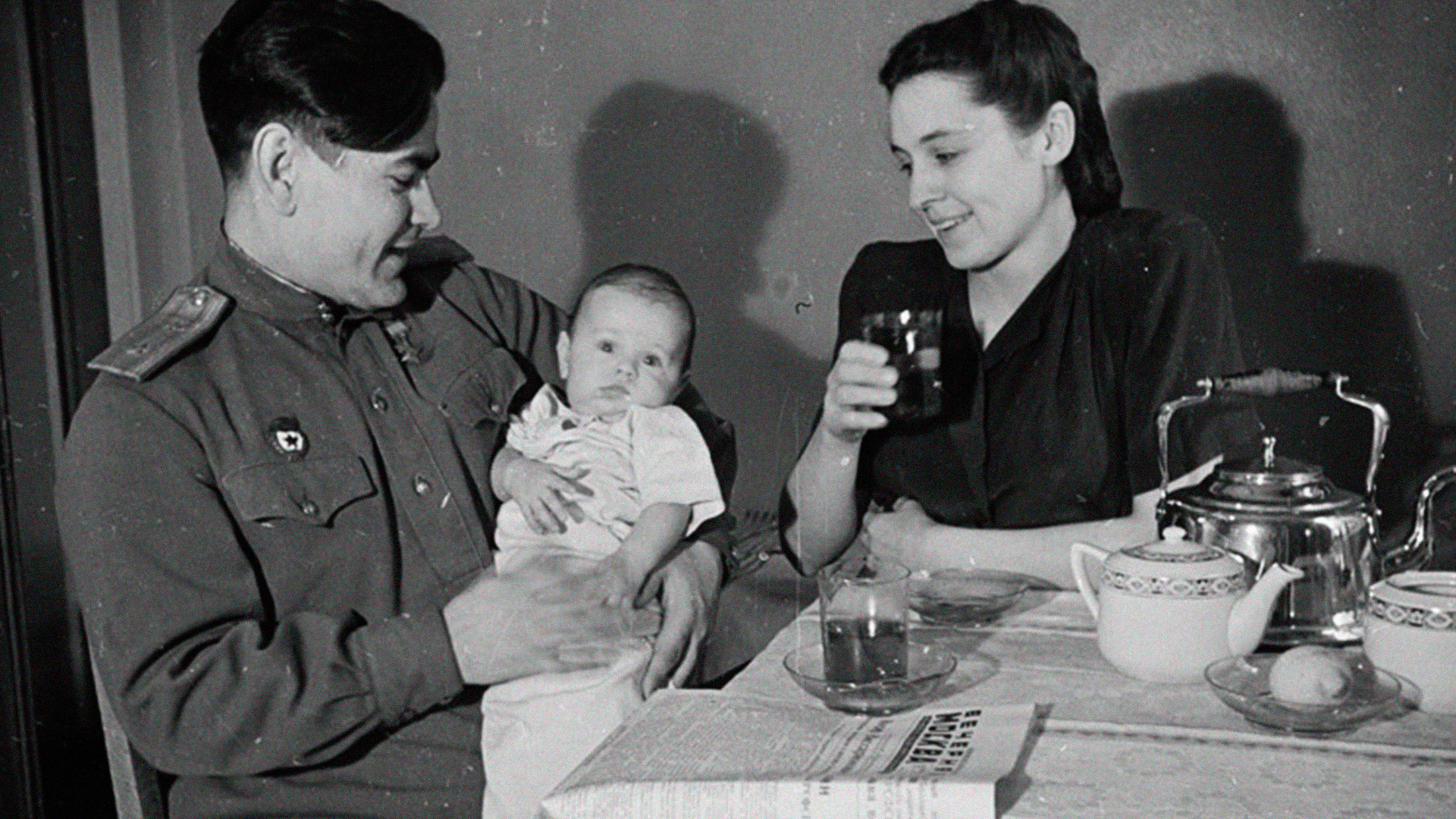 Arkady Shaikhet/MAMM/MDF/russiainphoto.ru
It was a great honor for a Soviet person to be designated an exemplary worker, or so official sources led to believe. Such people were eulogized in newspapers and magazines with photos of the whole family. True, when viewing them, the word "natural" does not spring to mind.

Staged photography was one of the chief tools of Soviet propaganda. It was a kind of PR: see how well Soviet workers spend their leisure time, what nice and tidy homes they have! In such photos, everyone is smart: men with medals, women with fancy hairdos, children in shiny school uniforms.

Everyone is sat at the same table, all doing something worthy, while the patriarch of the family invariably peruses a newspaper. Later, such “ideal” families would gather together in front of the TV set, a sign of the country’s growing prosperity.

1. Top Stakhanovite refractory worker of Magnitogorsk Metallurgical Plant V.N. Bardakov and family listen to a gramophone in their apartment, 1936 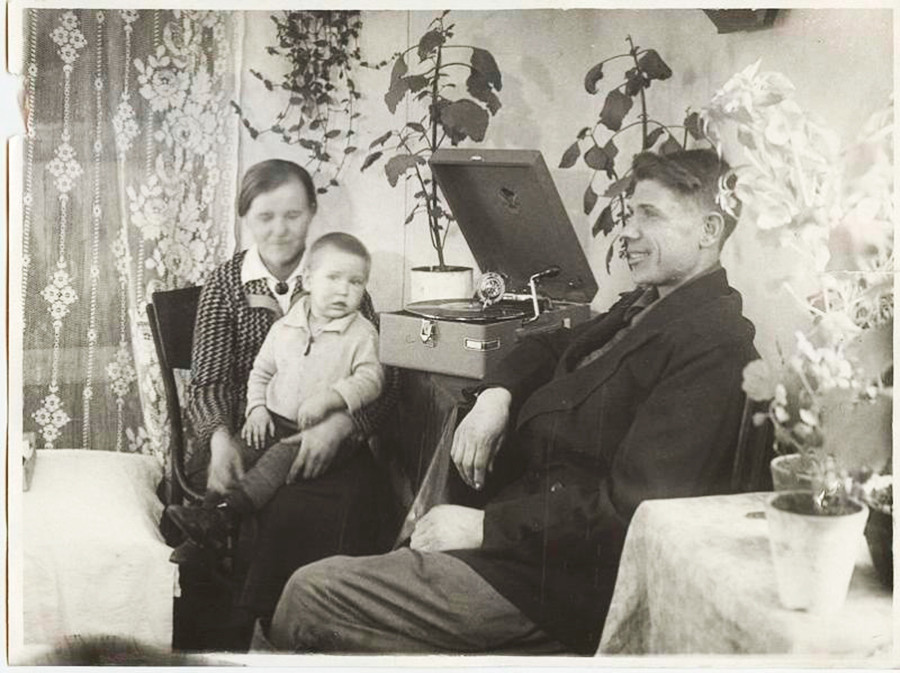 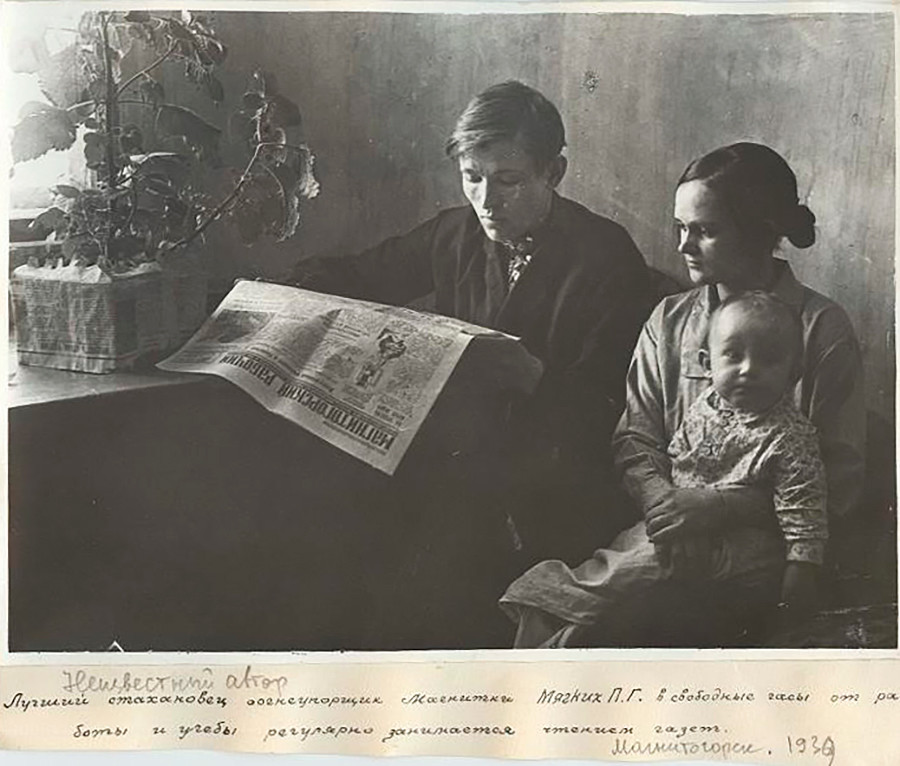 3. Hero of the Soviet Union military pilot Alexei Maresyev with his wife and son, 1947 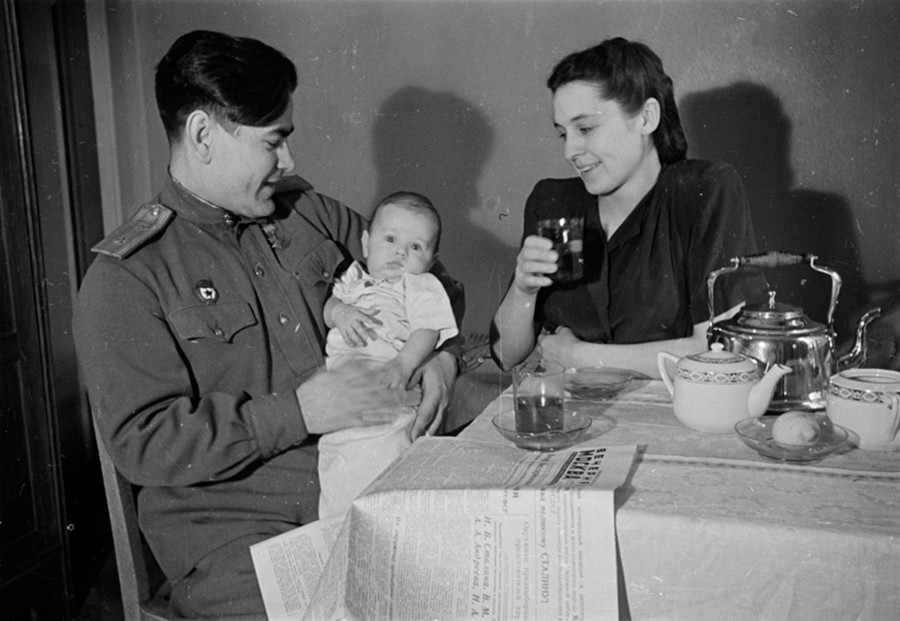 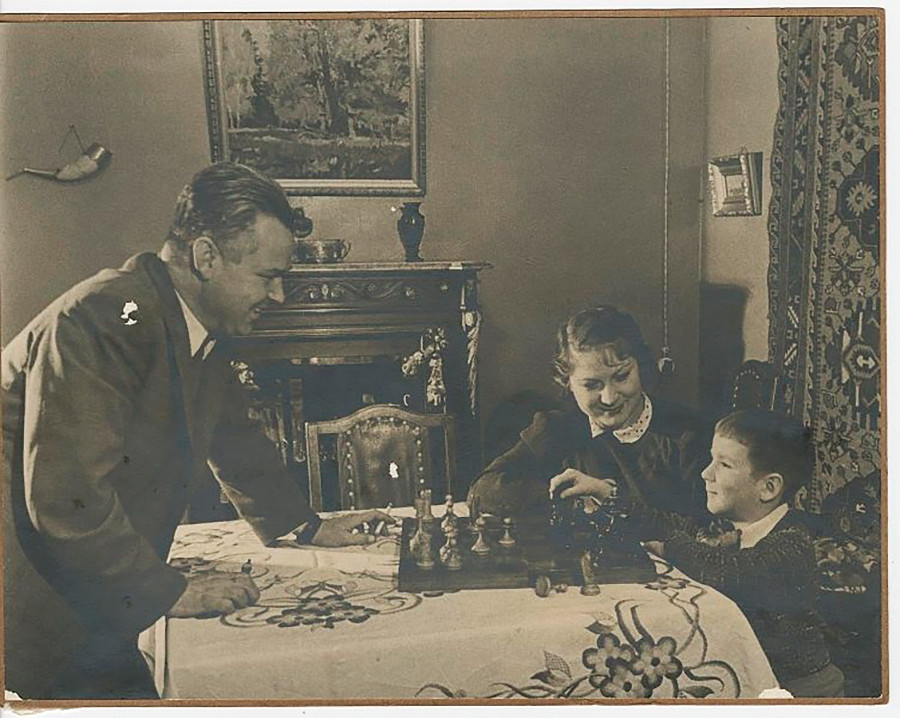 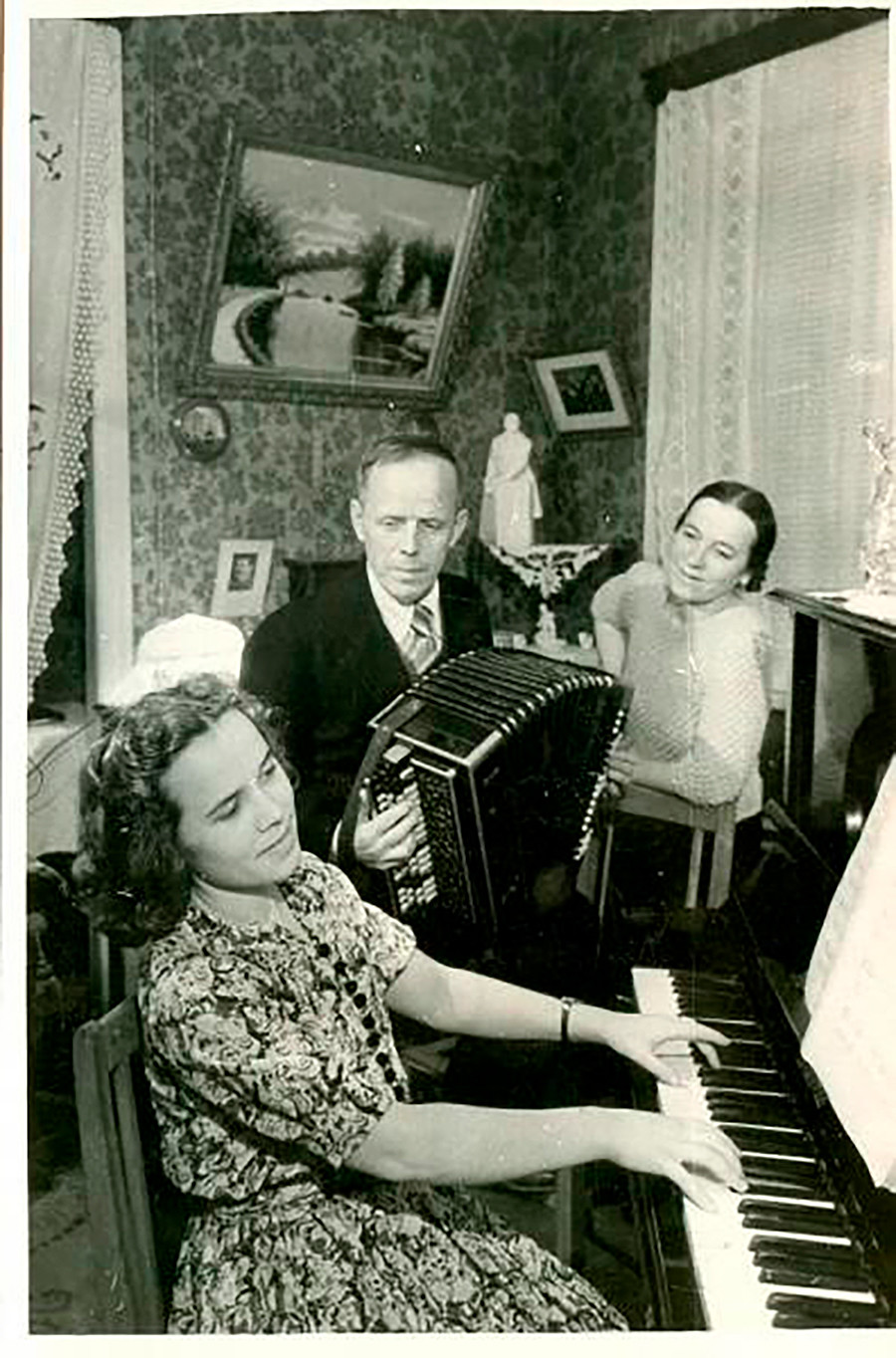 6. At home with D.M. Vasiliev, senior worker at the Ukhtomsky Agricultural Machinery Plant in Lubertsy, 1949. All adults are war veterans. 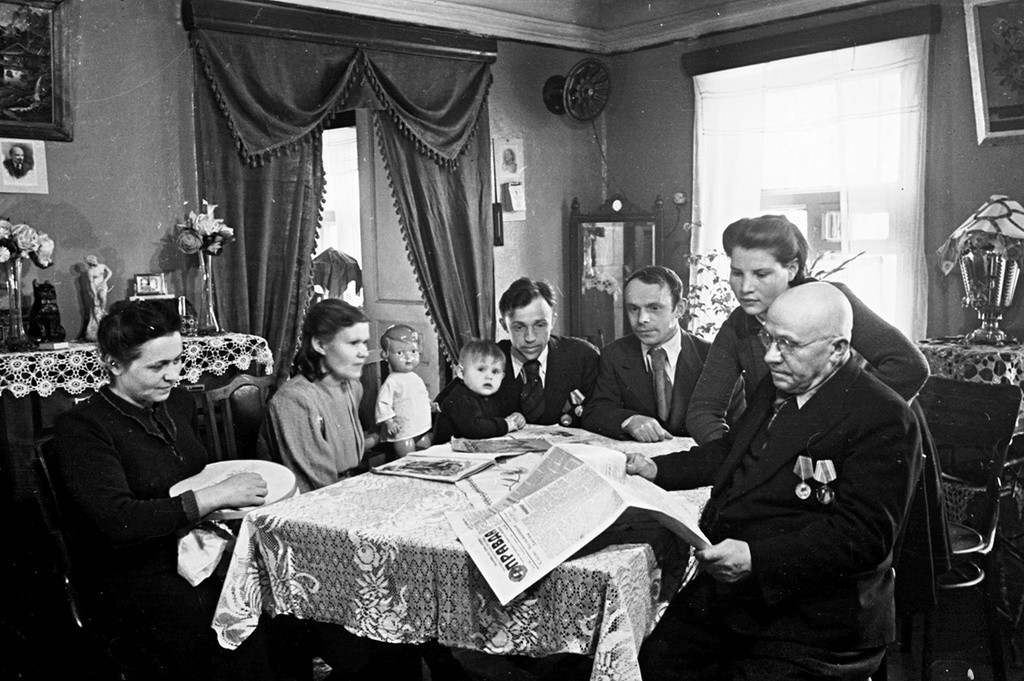 7. At home with A.I. Karpunin, senior worker at the Ukhtomsky Agricultural Machinery Plant in Lubertsy (40 years’ service). His wife is a deputy of the Lyubertsy City Council, 1949. 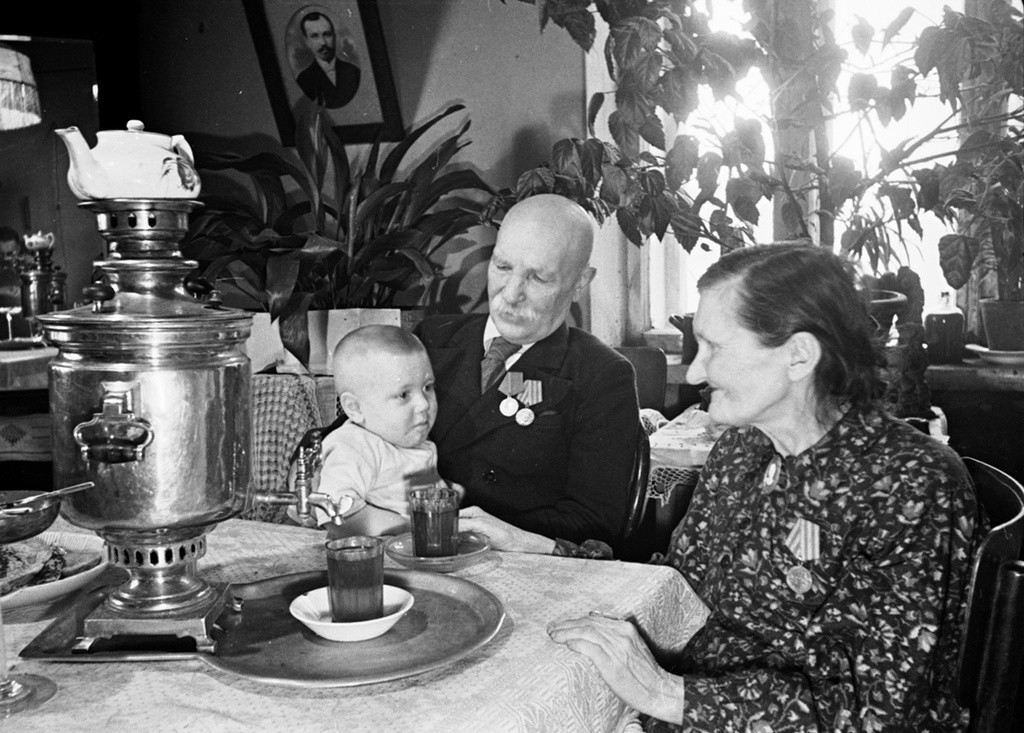 8. S.I. Melnikov, baker at the Bolshevichka factory, with his family in a new apartment provided by the factory, 1950 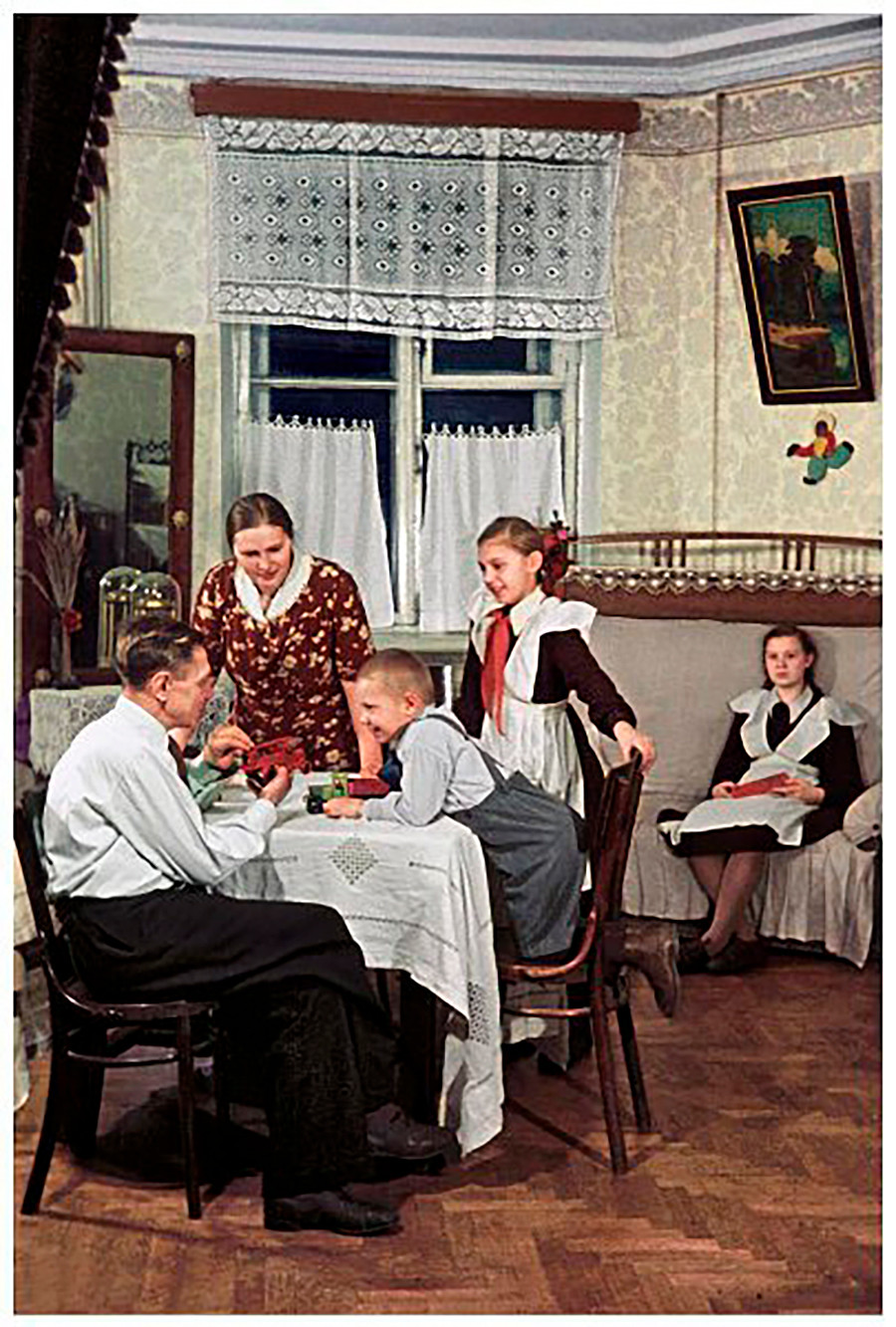 9. A production pacesetter with his family in a new apartment, 1950 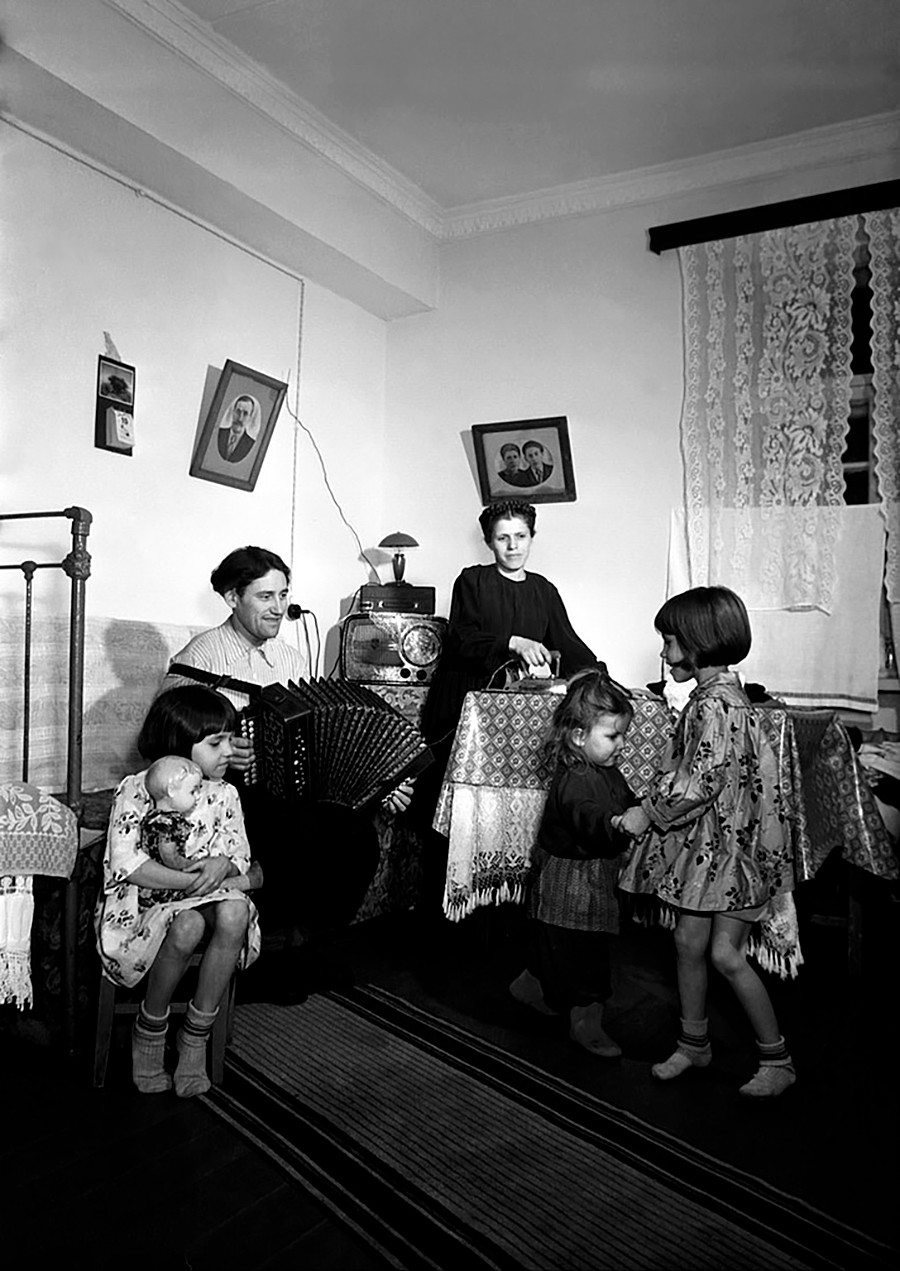 10. Hero of Socialist Labor Dmitry Maruda with his daughter Lina, 1951 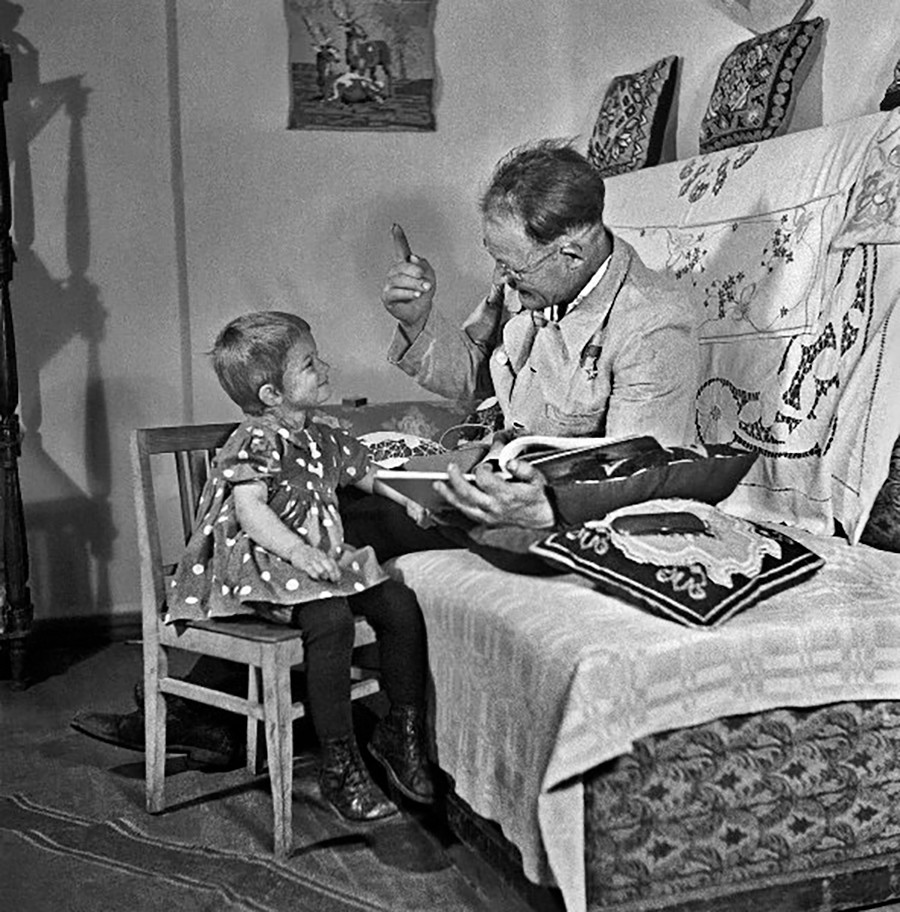 11. At home with metalworker Ivan Kartashev of the Economizer plant, winner of the Stalin Prize, 1953 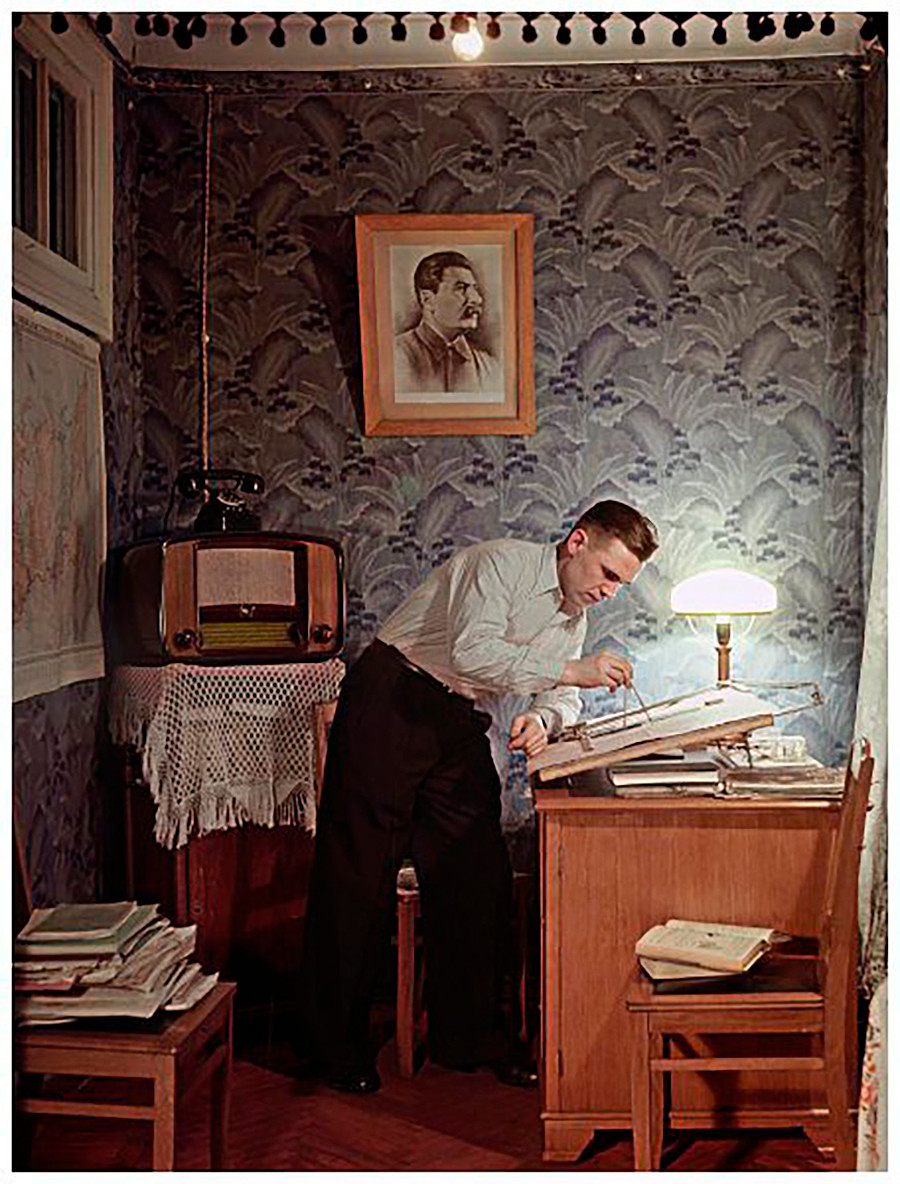 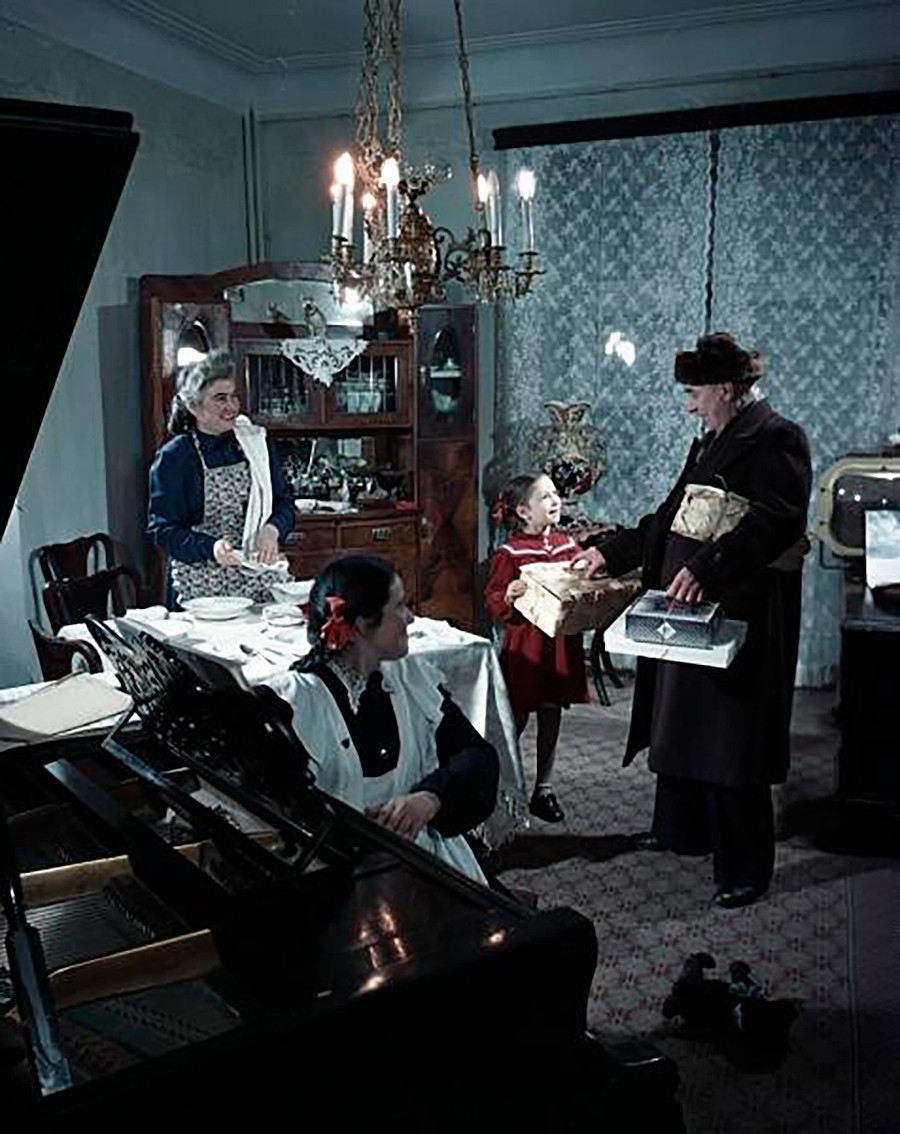 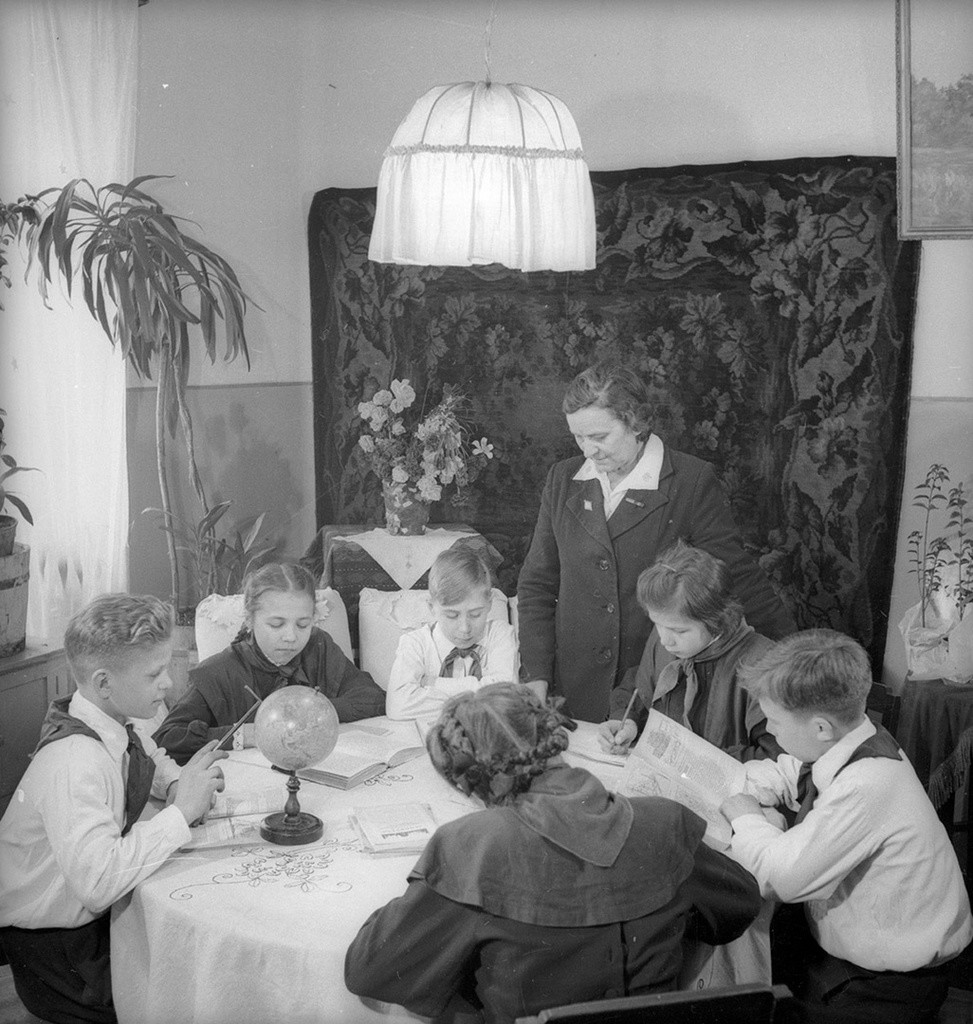 14. The family of Tuvan cattle breeder Bavdu Khovalych listens to the radio, 1955 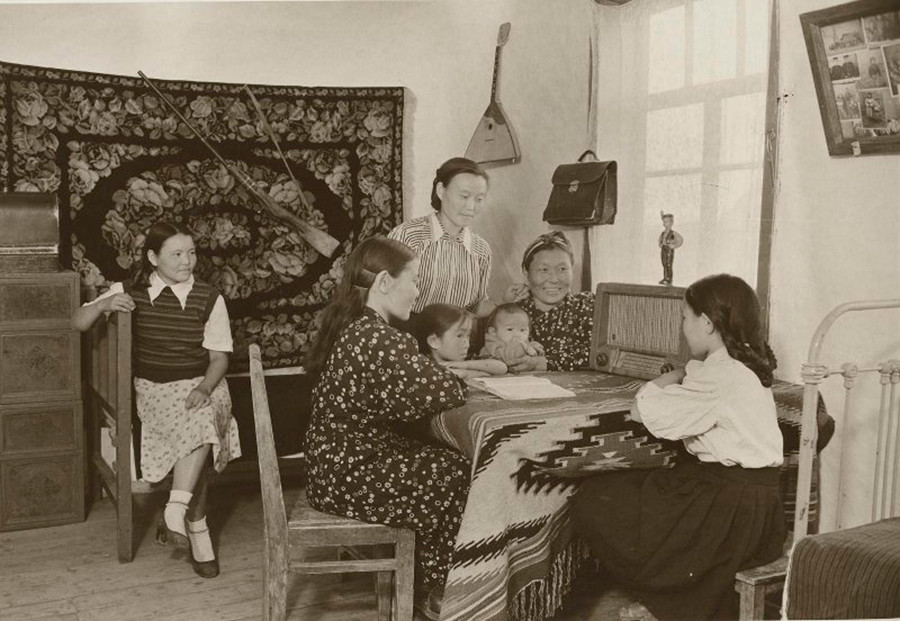 15. Commissar of the cruiser Aurora Alexander Belyshev with his family, Leningrad, 1957 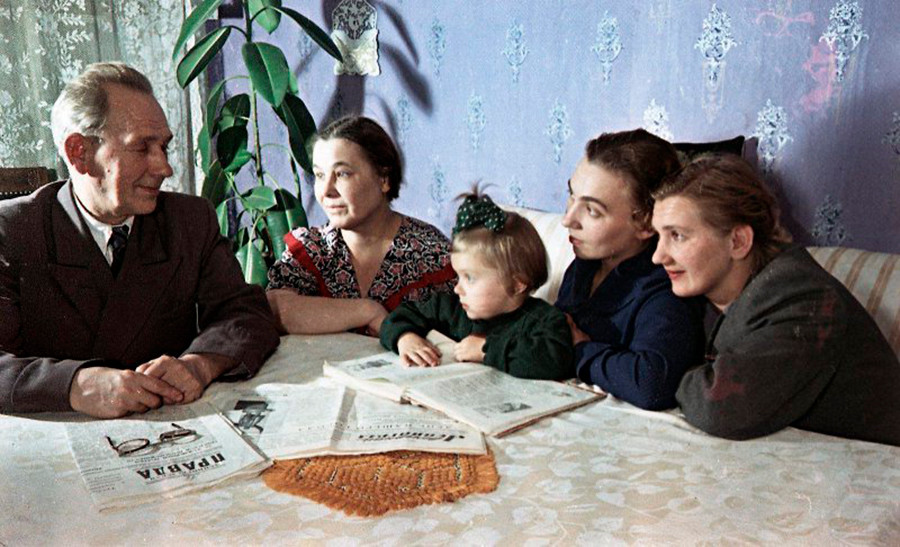 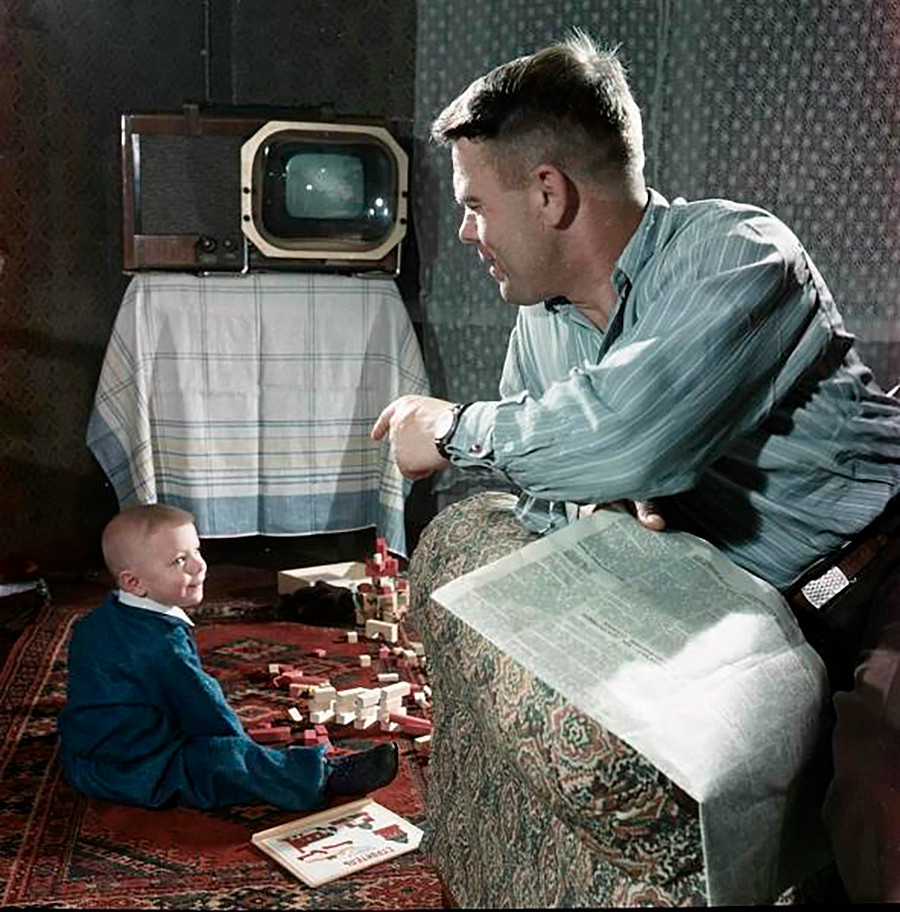 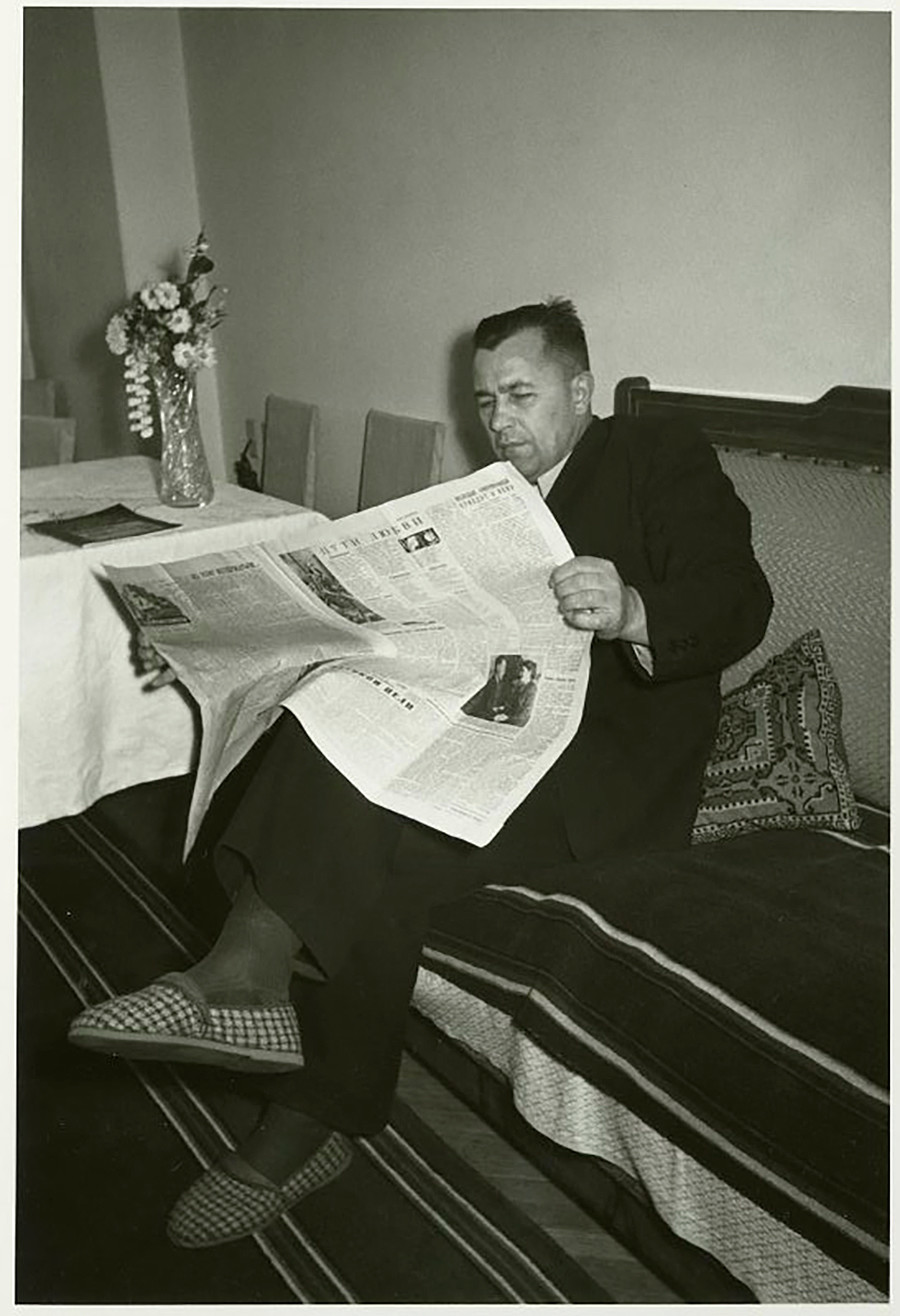 18. Pilot and cosmonaut Yuri Gagarin at home with his wife Valentina, 1962 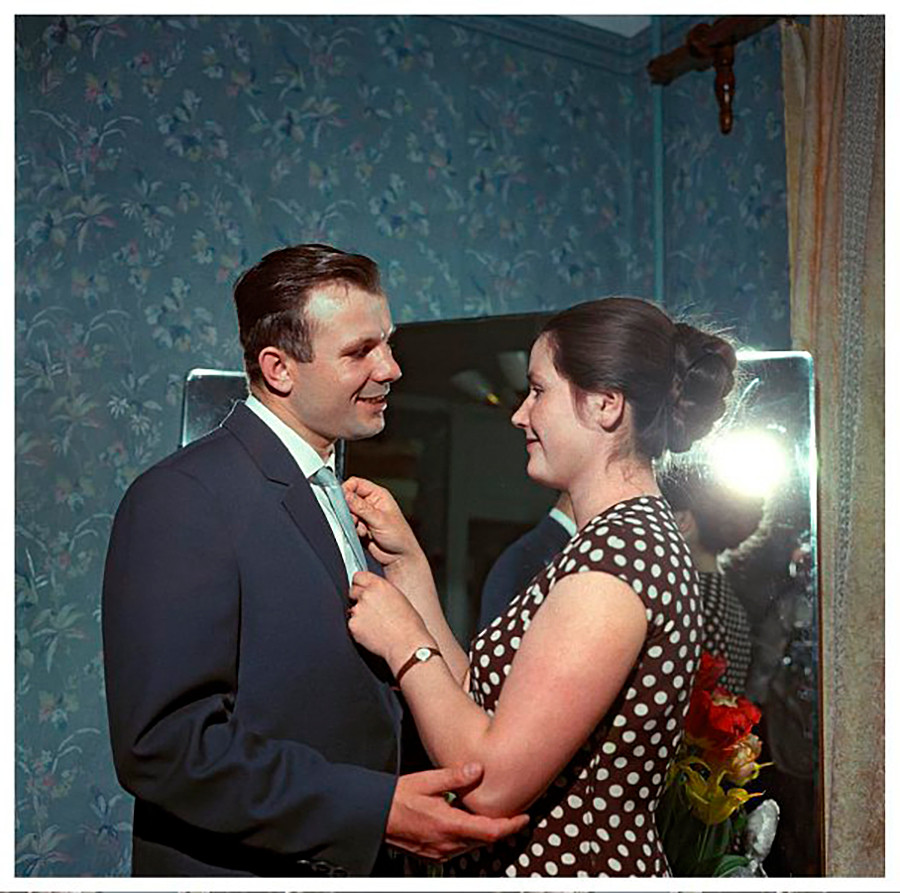 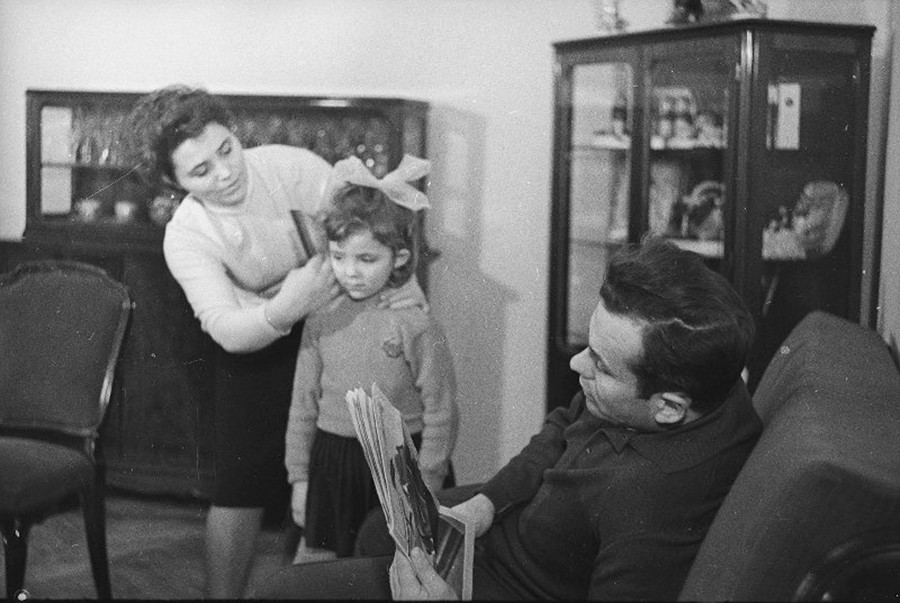 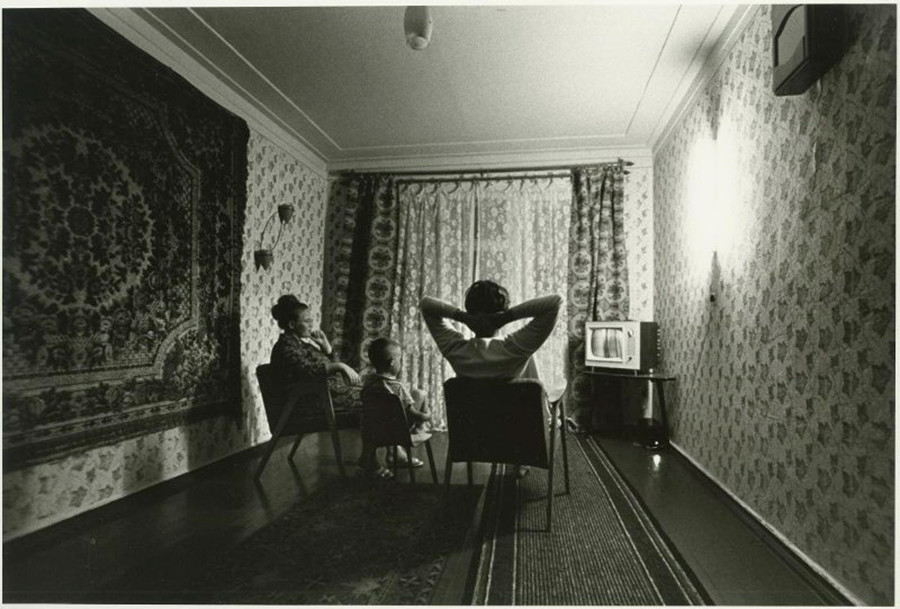