The Soviet jewelry every woman had to have (PHOTOS) 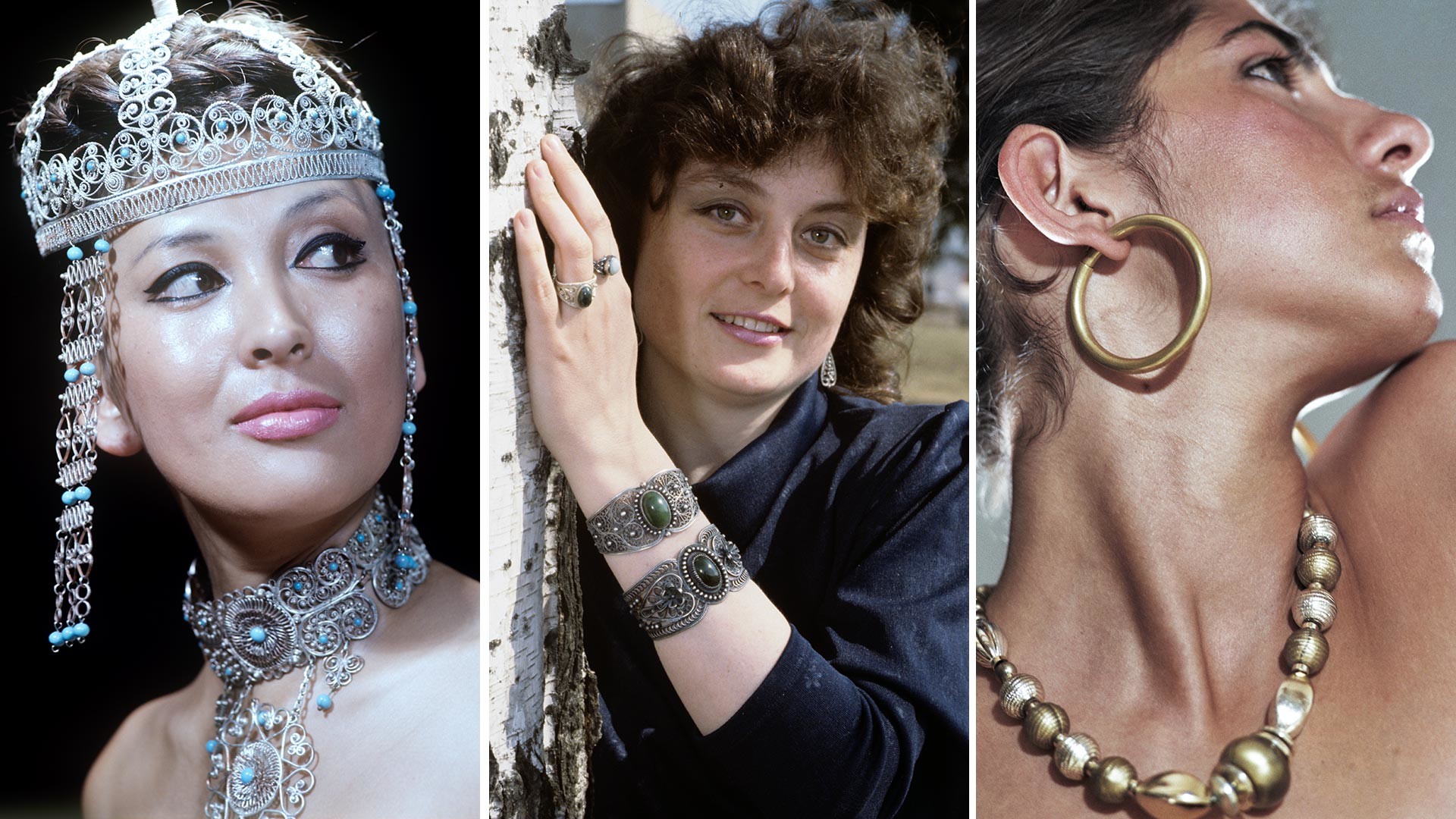 Yury Kuidin, Yury Somov/Sputnik; Anatoly Rukhadze/TASS
Massive rings with huge gems, golden necklace chains and earrings with imitation diamonds: you could hardly call the Soviet era exquisite, but there was its own charm.

Mass state jewelry production began in the Soviet Union after WWII - before it, these goods were made by separate manufacturers. Each factory had its own catalog, but in general, all the jewelry looked more or less the same: heavy rings with large stones, gem necklaces and stamped bracelets. Today, you can easily find them not only in vintage stores, but also worn by modern Russian women, who got them from their mothers and grandmothers. 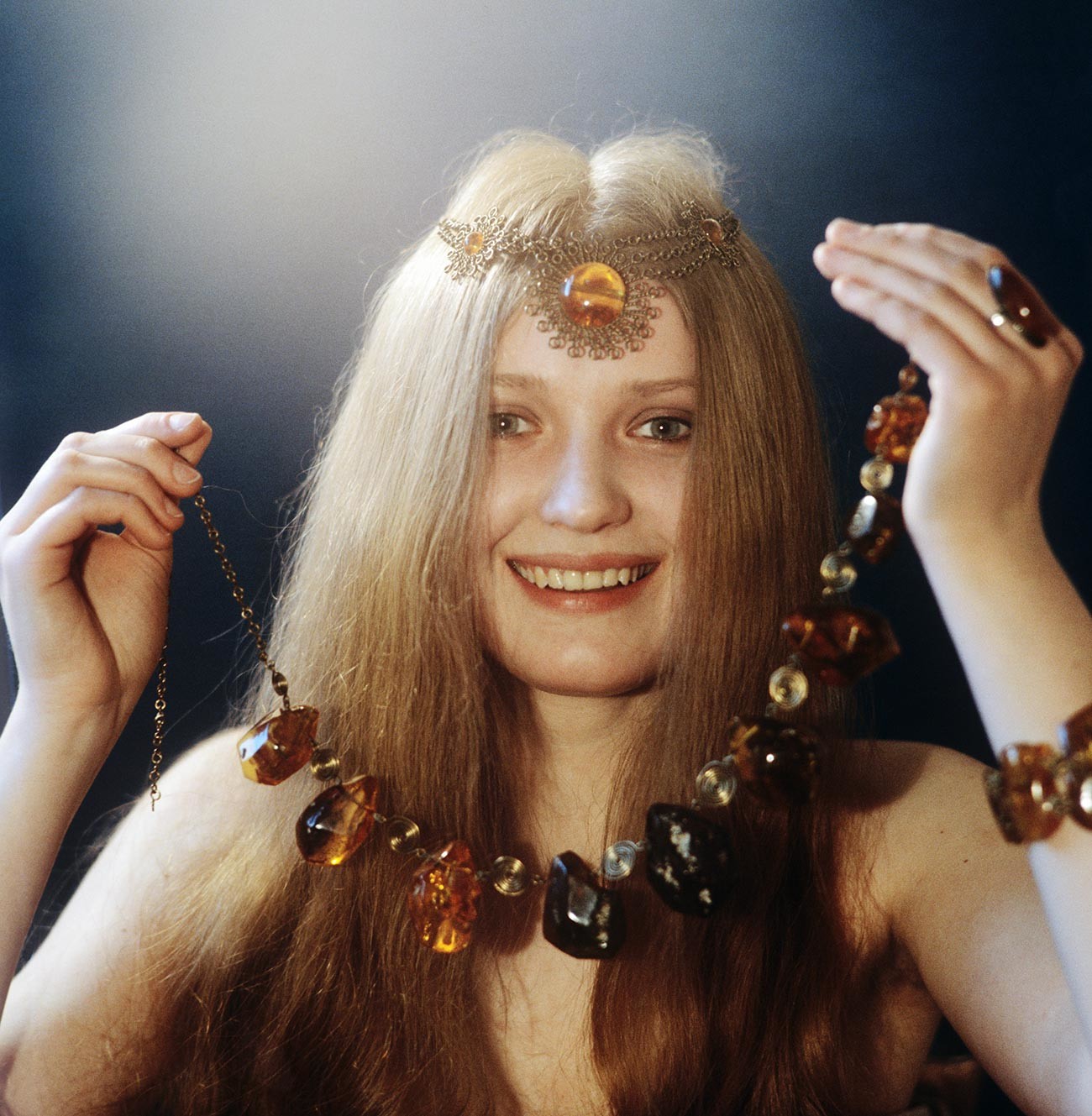 In pursuit of gold

Having a pair of gold earrings was a matter of principle for any Soviet woman - this metal was valued most of all, unlike silver. Gold was not only a beautification, but also an investment and a reserve “for a rainy day”. Simple, smoothed jewelry was the most affordable, even for students: earrings in the form of semicircles, drops, or leaves cost less than 30 rubles in the 1970s-1980s (with an average salary of 120-140 rubles), thin necklaces cost less than 40 rubles and pendants - 25 rubles.

If you wanted to buy gold with gems, you had to be savvy: ruby rings cost more than 100 rubles, with diamonds - more than 500, and some things you could get only with special coupons from work.

Often, jewelers used the filigree technique, imitating a lace pattern on metal in the Russian folk style. The homeland of this art was the village of Kazakovo, Nizhny Novgorod Region. Such bracelets and rings were very widespread throughout the Soviet Union. 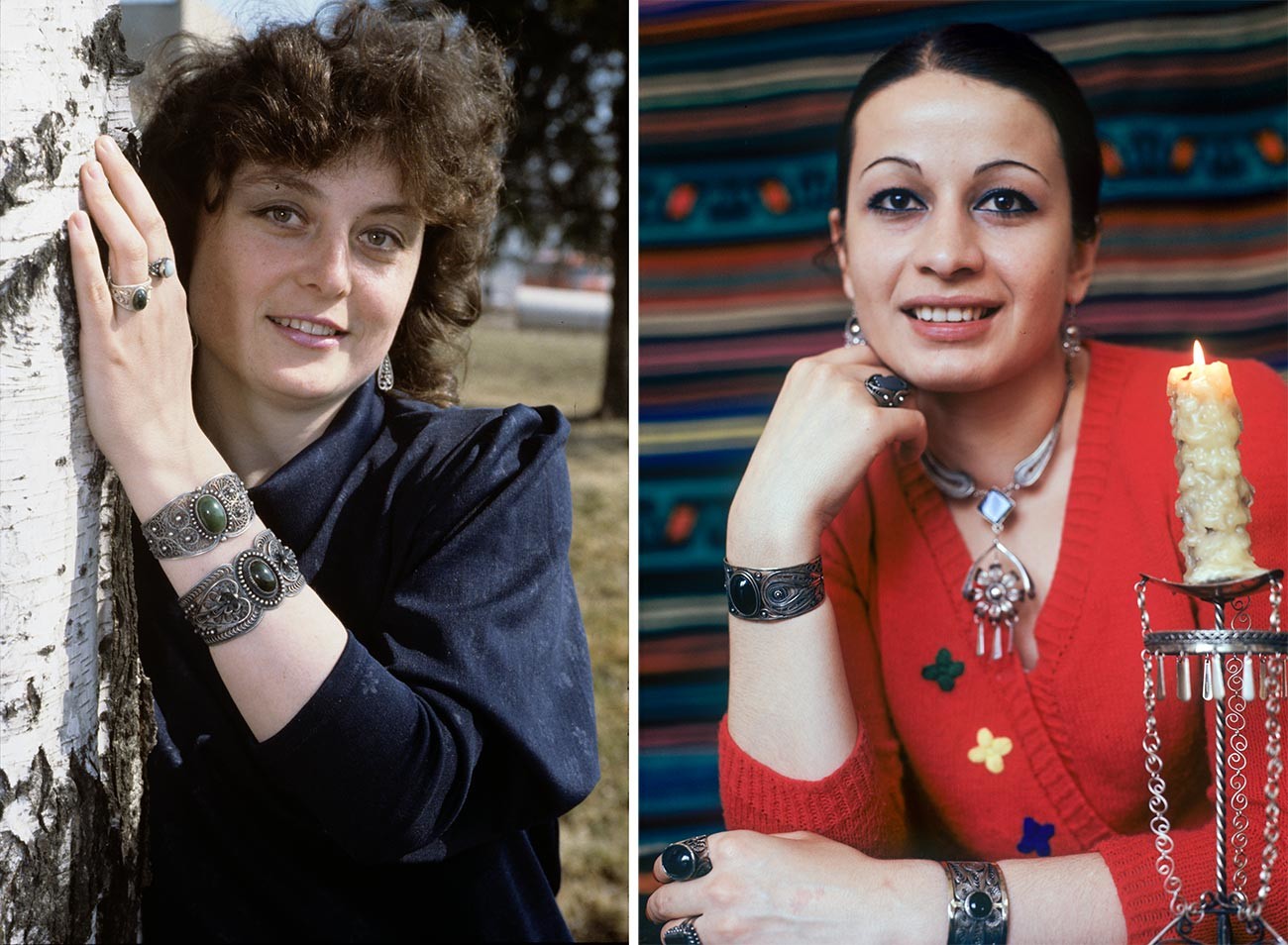 The more, the better

Soviet jewelry widely used natural gems, such as jasper, agate and malachite. Some stones reached enormous sizes and, at the same time, were very affordable; for example, sets of amber, which were produced in Kaliningrad and the Baltic republics (you could buy a necklace for less than 40 rubles). As a rule, they were in silver.

However, the pride of Soviet women was gold jewelry with large red stones: rubies, amethysts and alexandrites. In the USSR, they were not mined, so all the “red” stones were artificially grown. At the same time, the quality of the products was at a very high level. 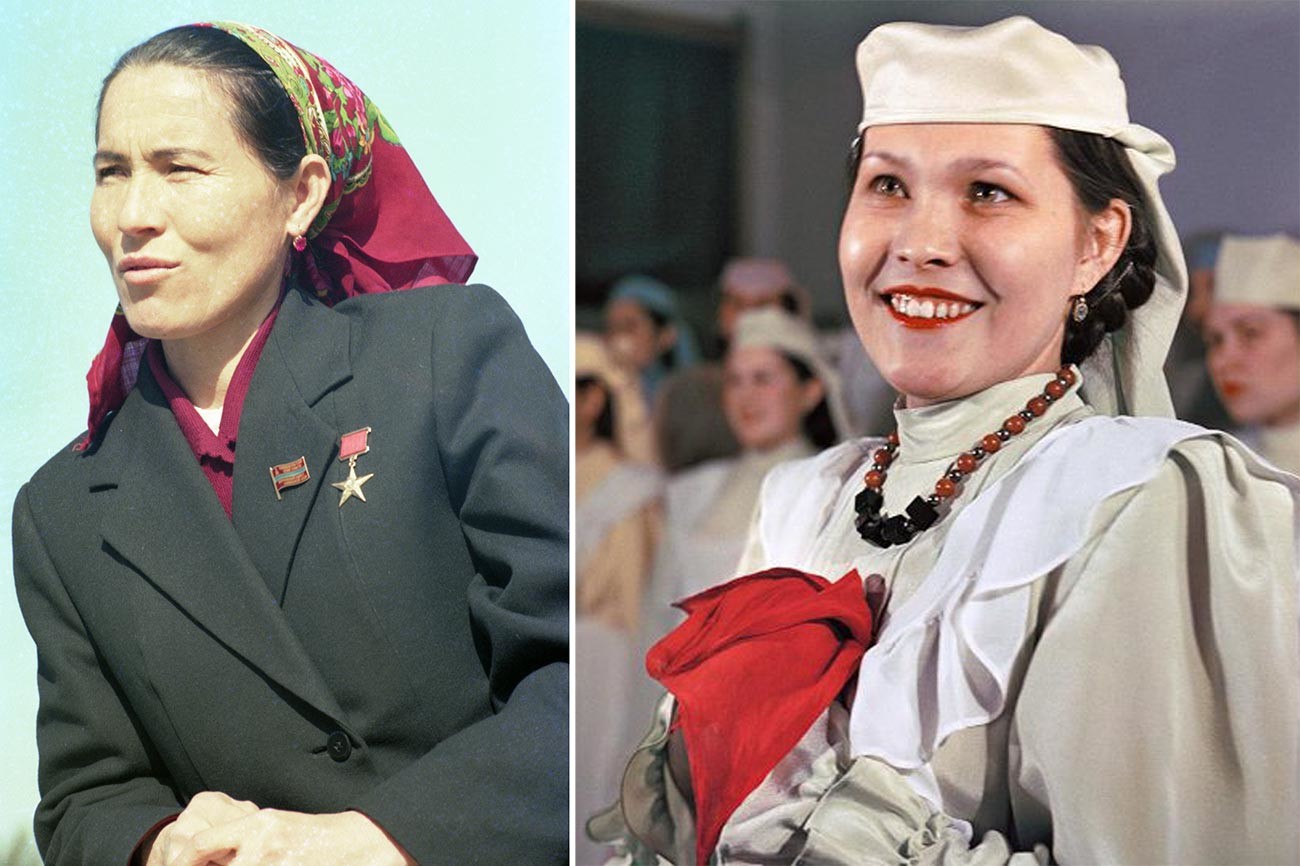 Although, the technology of growing artificial gems was already known in the 19th century, the mass production began only in Soviet years. 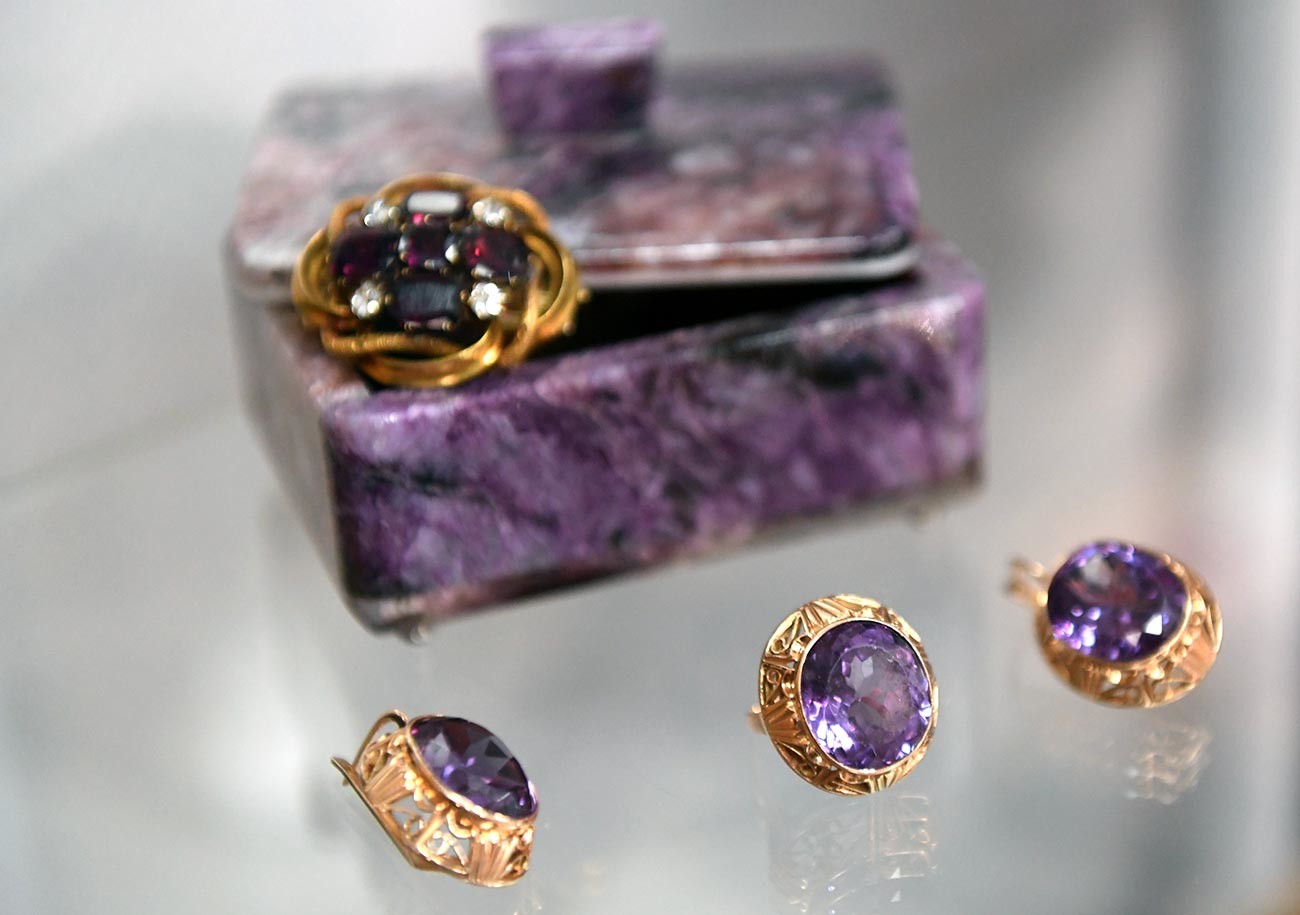 This set belonged to the prominent Russian folk singer Ludmila Zykina. Her earrings and a ring are made with corundum in Soviet times, while the brooch on the background with a natural garnet insert was created in early XX century.

One of the most popular gems was Fianit (also called cubic zirconia), a stone that imitates a diamond. It was synthesized in 1970 at the Physical Institute of the USSR Academy of Sciences (FIAN) and named in his honor. Today, this stone is used in jewelry all over the world. 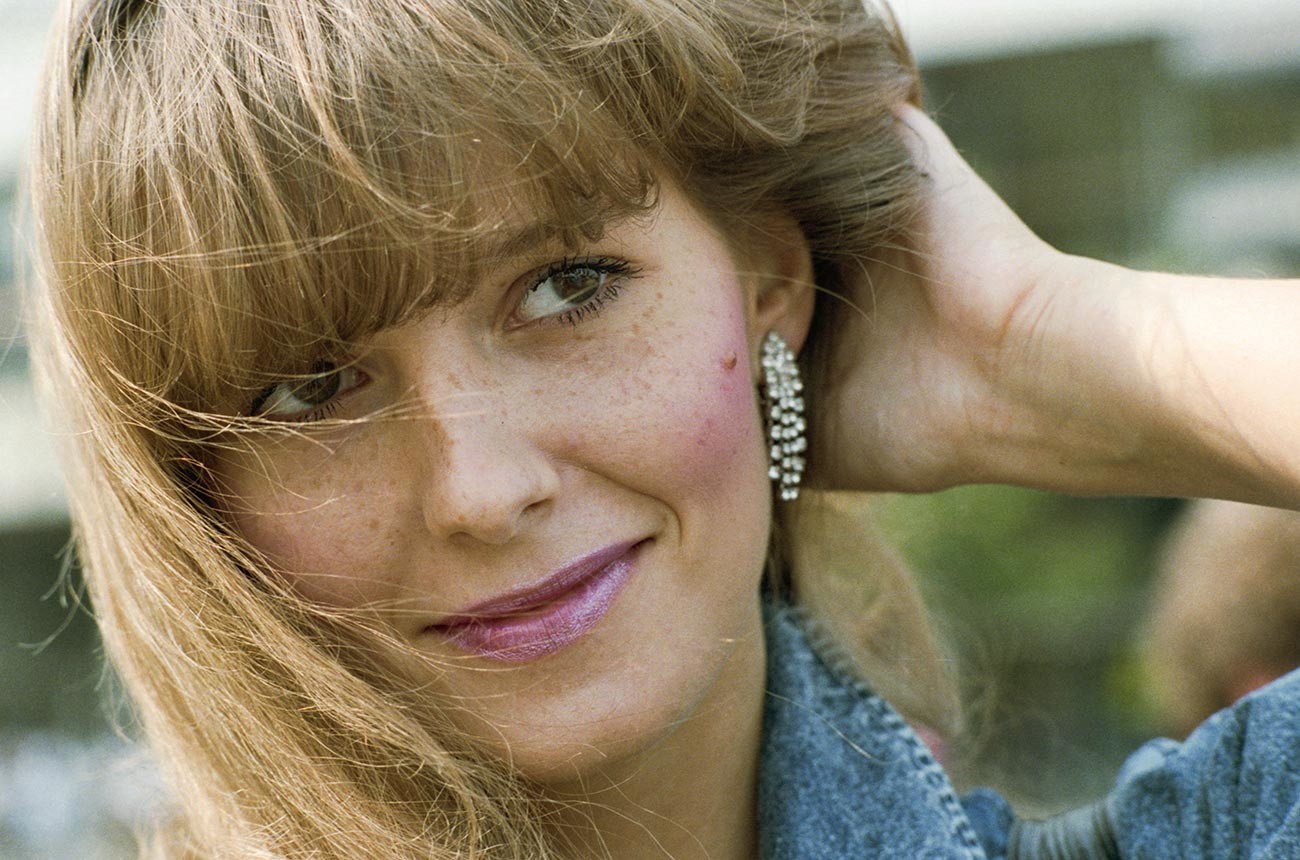 But topaz, emeralds and diamonds in jewelry were natural. They are mined in the Urals and Siberia, and they are very highly valued by jewelers and were several times more expensive than artificially grown stones. The most valuable gems were used for jewelry artworks meant for exhibitions only - for example, the Diamond Fund.

Left: Russian beauty diadem, 1987, a replica of Romanovs' pearl diadem. Right: An emerald necklace, 1977. Both are stored in the Diamond Fund.

In jewelry stores, there were, of course, departments with bijouterie, but it was popular just among young girls. In the 1980s, fashionistas decorated themselves with huge plastic clips and chain necklaces and they could combine them with silver and gold. 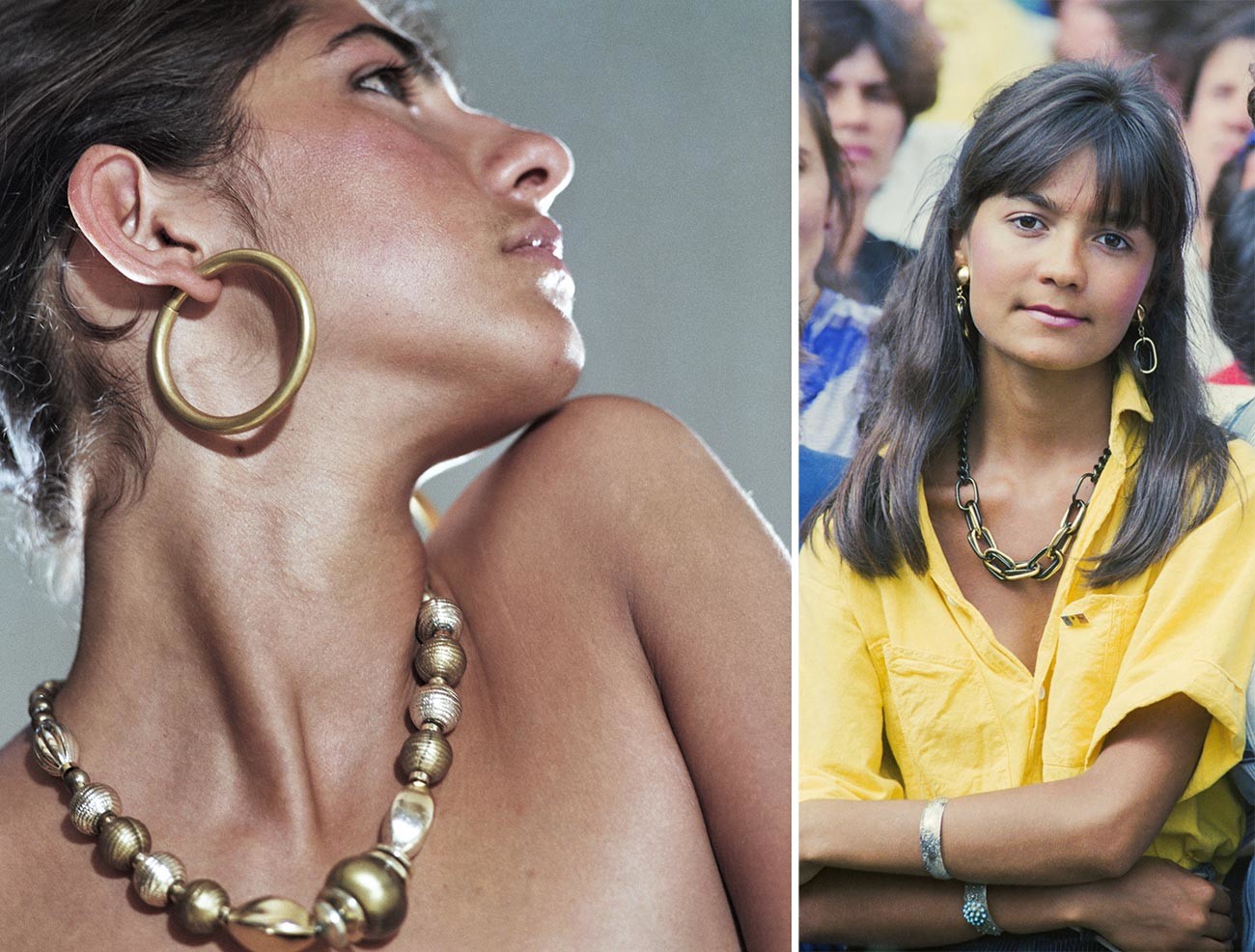 Left: Plastic jewelry made in Georgia. Right: A lady attends a public event in Kizhinev, Moldova.