Why didn't Russian women take their hats off indoors? (PHOTOS) 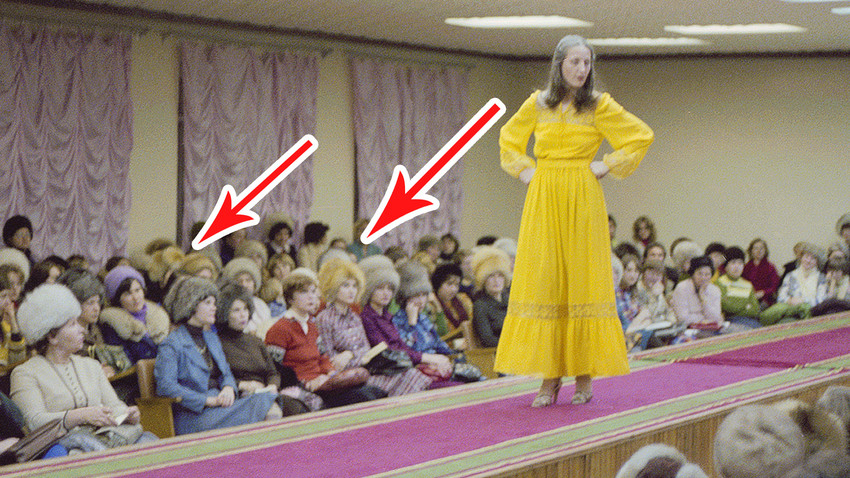 February 1, 1980. Showing a new collection in the showroom of Tyumen House of models.

TASS
Why would anyone possibly sit in a restaurant while wearing a winter hat? And yet that’s exactly what many Russian women used to do and nobody would ask any questions about it. 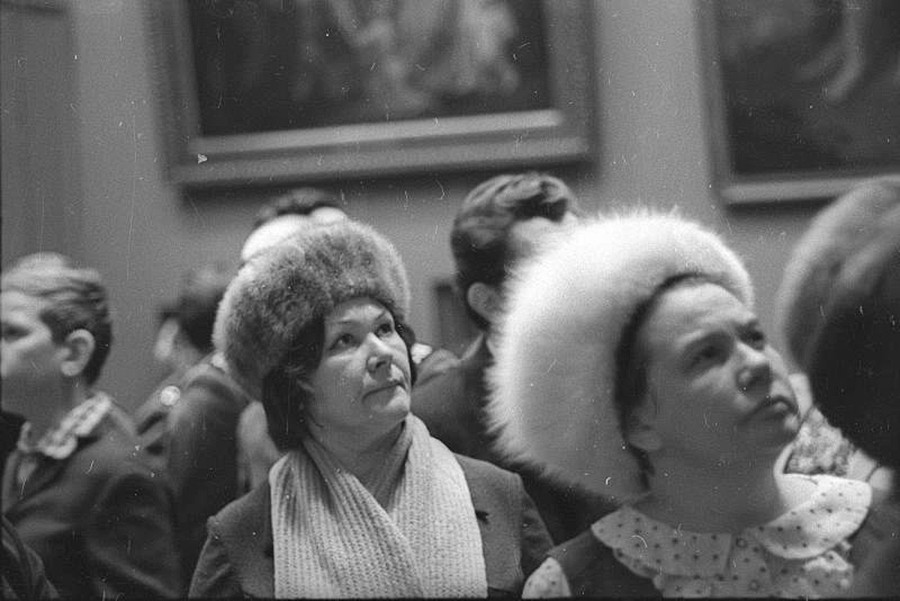 In many photos from the late Soviet period and in the 1990s, you can see women sitting indoors without their coats but wearing enormous fur hats. What is this? Did they do this because their heads were cold? Or was it a vestige of a pre-Revolutionary custom whereby women were expected to cover their heads? No, there’s actually a very different explanation. 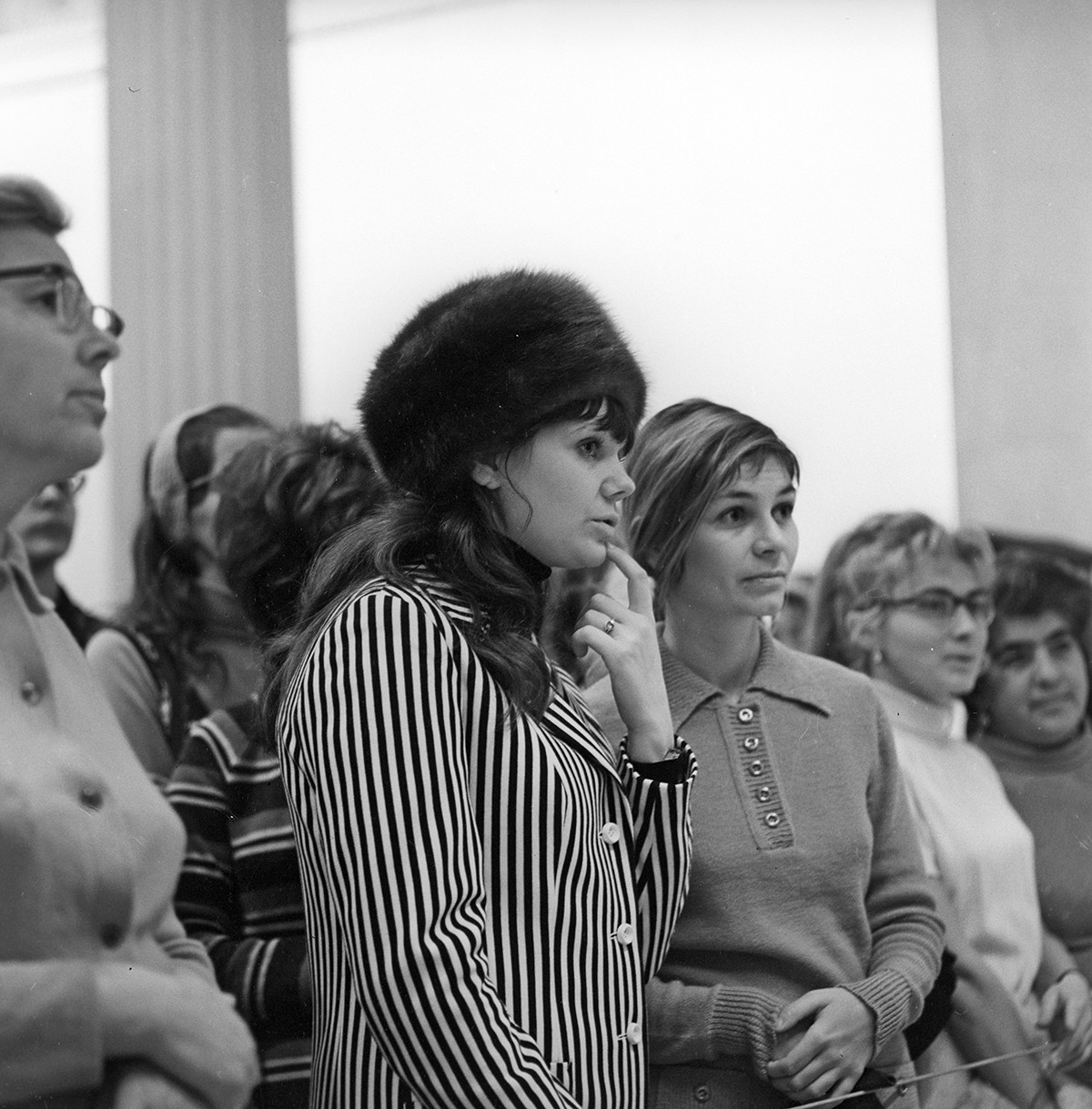 At the Pushkin Museum of Fine Arts in Moscow, 1972.

Several decades ago, a fur hat was not only used for keeping warm (although this was its primary function) but also for demonstrating a certain social status. If young people today queue up to buy the latest model of smartphone, in the past women queued up to buy snazzy (and difficult to get) mink and fox fur hats. There were also rabbit fur hats and even faux fur hats available for those on a budget. 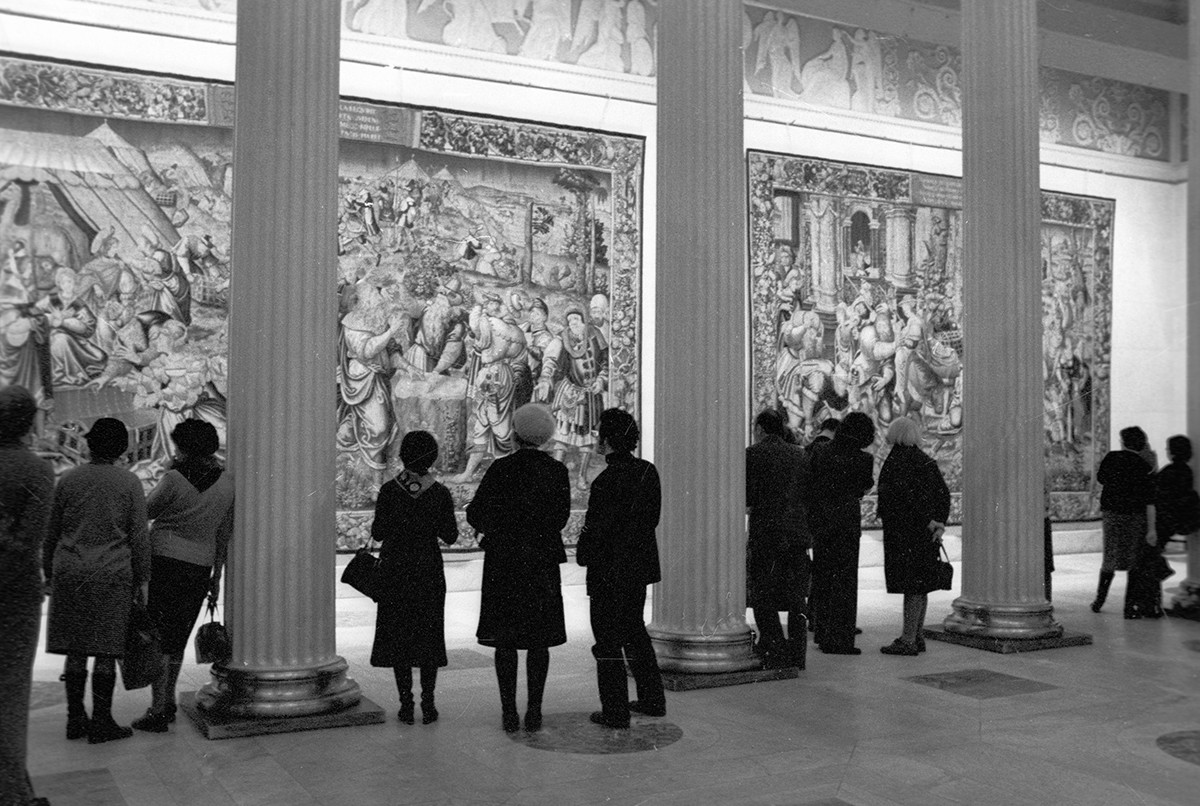 A fur hat was so valuable that you wouldn't be able to feel safe leaving it in a cloakroom. Especially since there were usually warning signs saying "the cloakroom accepts no liability for deposited items." 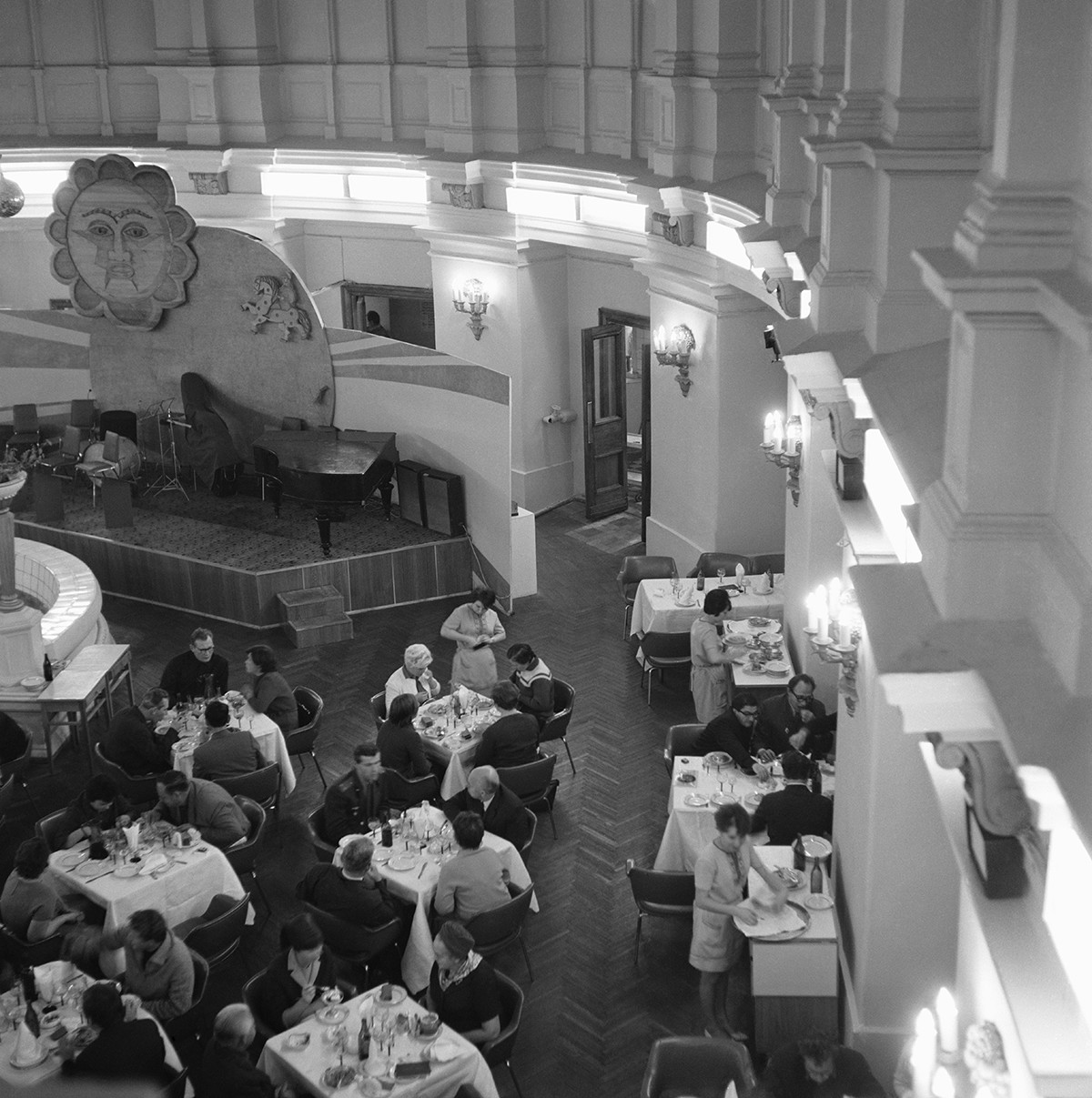 What’s more, it seems women were not particularly upset about having to take their hat with them into movie theaters, restaurants or museums. Instead, it was an opportunity to show off a fashionable and expensive item in public. Another factor was that, according to the rules of etiquette, women don't have to take their hat off indoors. 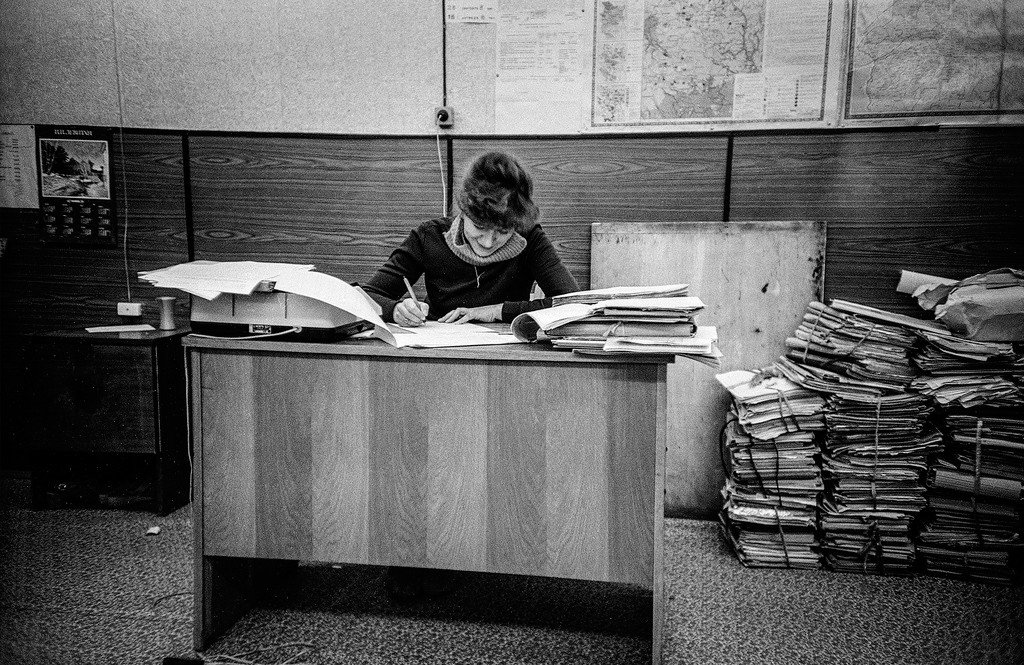 "At this time, in 1997, all the women were parading around in long fur coats and fur hats. If you had a fur coat and fur hat, you were regarded as belonging to the ‘well-heeled’ section of society," one blogger recalls. "My mother also tried to present herself as a professional woman despite her modest income. And she very rarely took off her favorite fur hat indoors. Now I know why. One winter's day we went to the theater. We took our seats in the third row of the stalls and my mother took off her hat so that the children sitting behind us could also enjoy the performance. It was a fatal mistake that deprived us of her favorite hat—it was simply stolen." 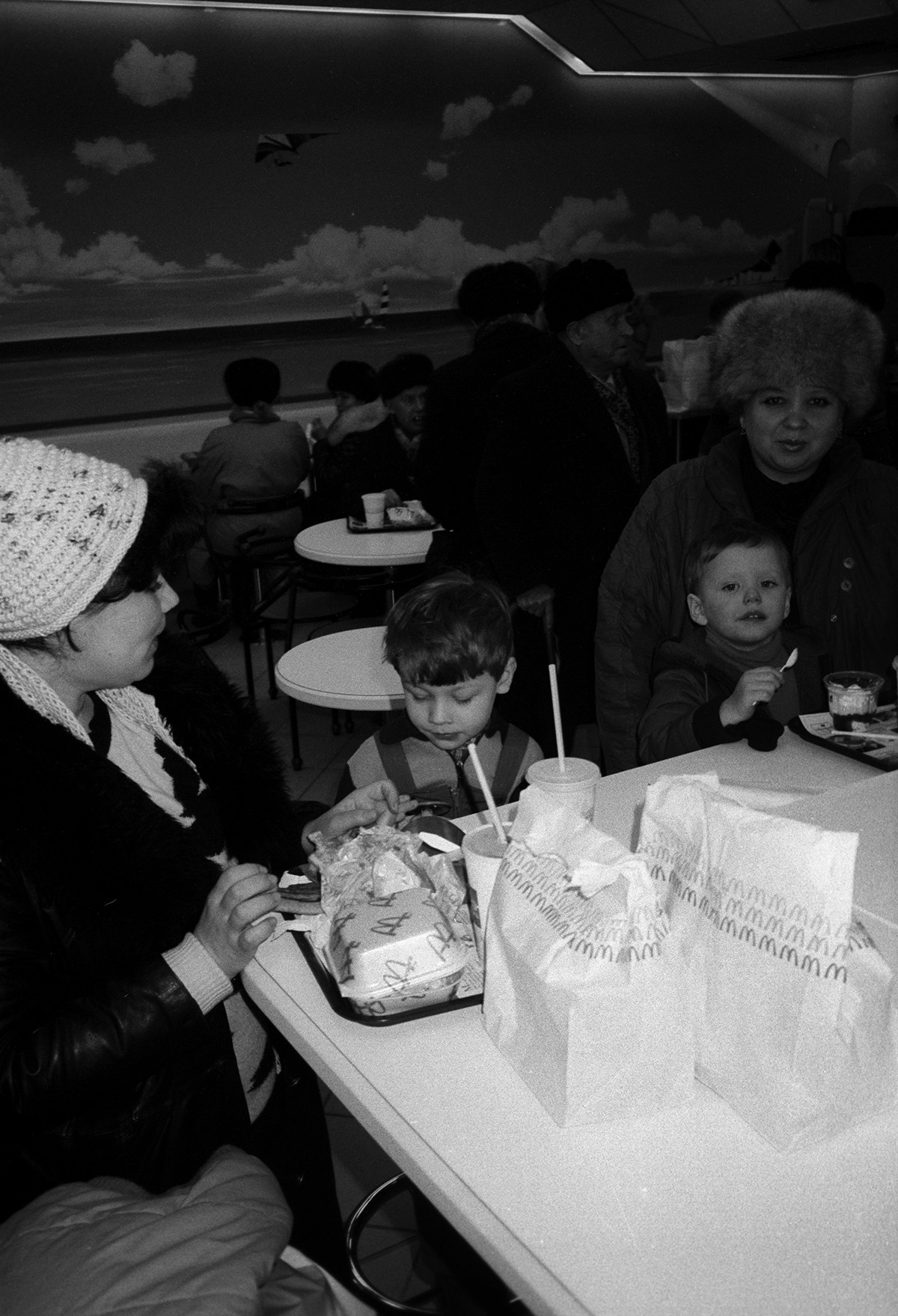 At the opening of the first McDonalds in Moscow, 1990.

Fur hats sometimes fell prey to street thieves, so women used to attach elastic bands that they secured around their chin to prevent their hat from being snatched off their head in a dark alley. 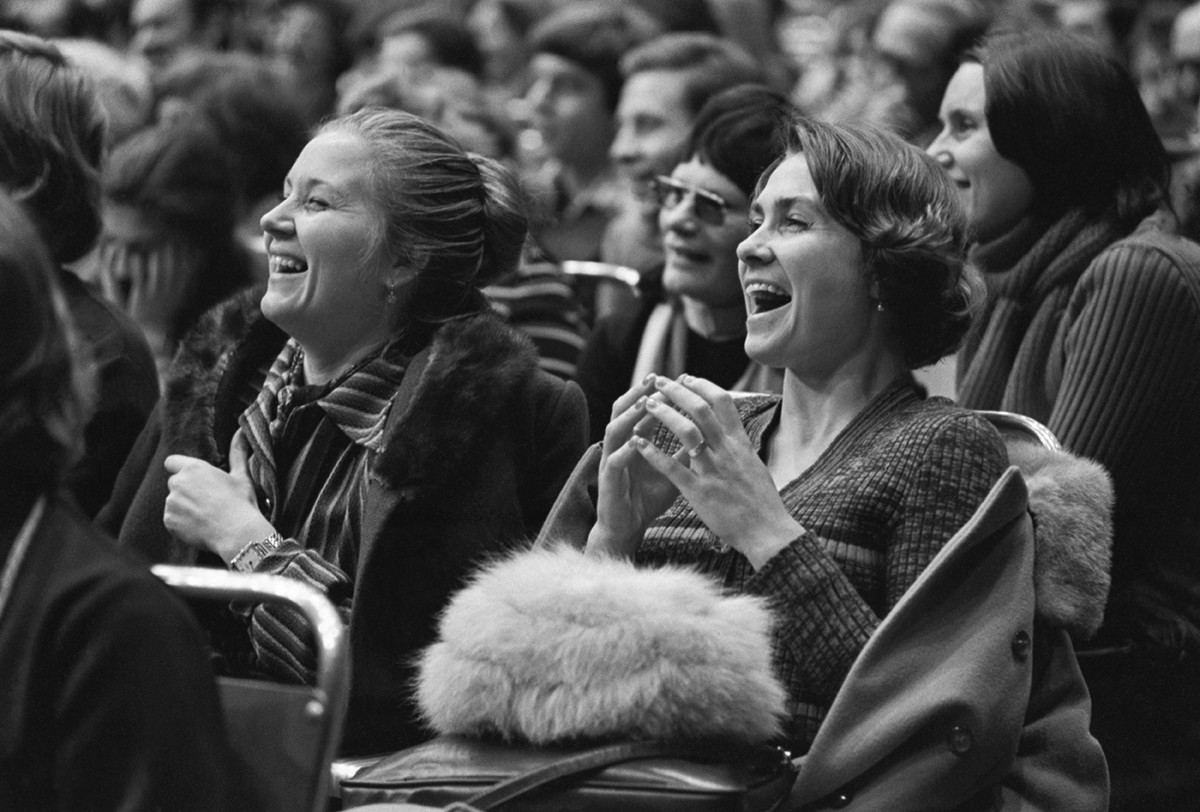 One issue was that women's hairstyles could be ruined by such a hat. Fashionable bouffant styles and curls would get squashed under the heavy fur and instantly lose their volume. Also, hair got dirty much quicker, so often women's hair didn't look very fresh when they took off their hat. 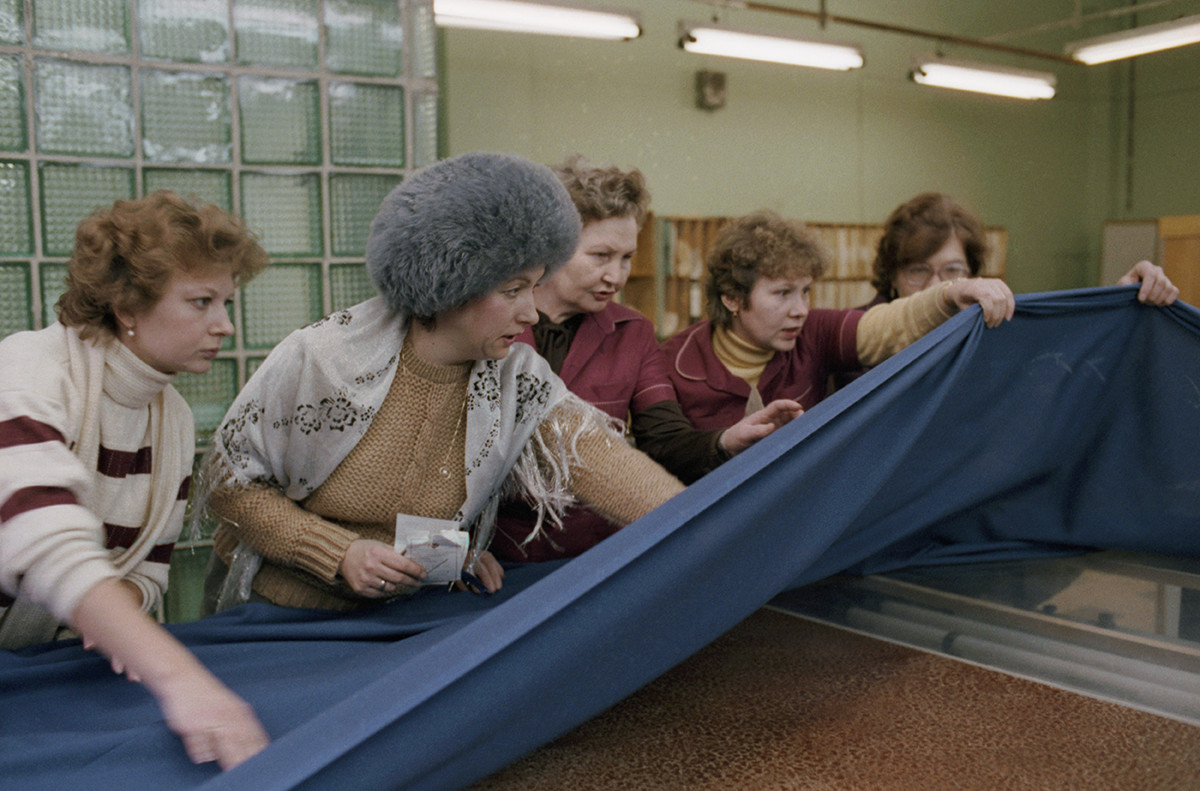 At the Rostokino fabric in Moscow, 1987.

Over time, fur hats stopped being difficult to get hold of and went out of fashion. Nowadays, electronic gadgets and expensive accessories stamped with famous brand names are more likely to be displayed as status symbols.