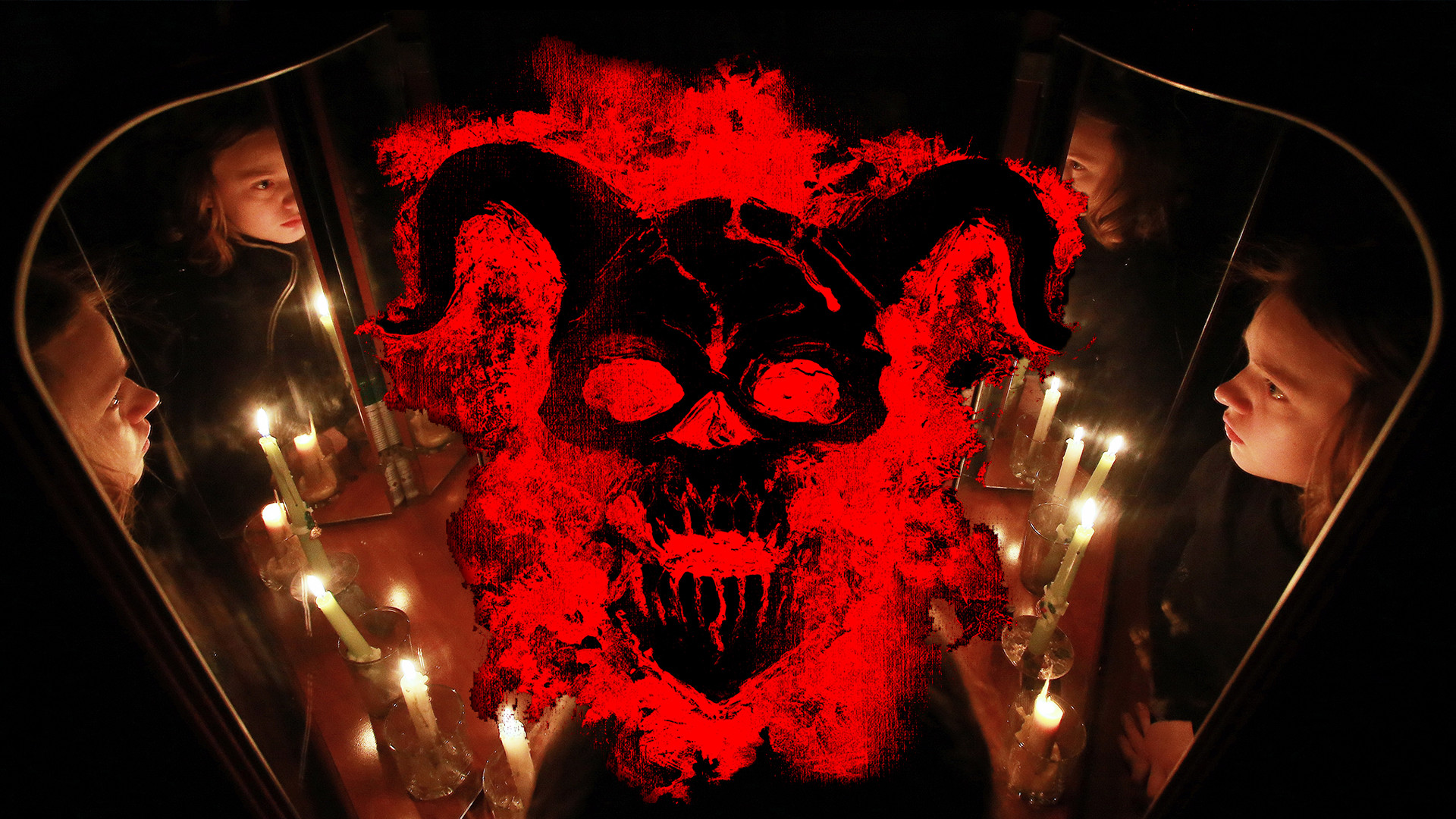 Vladimir Smirnov/TASS; Legion Media
To get money or foreign citizenship or to escape one’s parents’ rebukes - these are just a few of the real reasons why Russians try to sell their “immortal souls”. Find out who in Russia makes deals with Satan and how and who books these “devilish rituals”.

The clock on my smartphone is showing half past midnight. On the desk in front of me, there is a vanilla scented candle, an A4 sheet of paper with a text in small handwriting and a clean sewing needle. I take a deep breath and prick my finger with the needle. With a few drops of blood, I try to write my signature on the sheet of paper, but end up with a blurry mess. 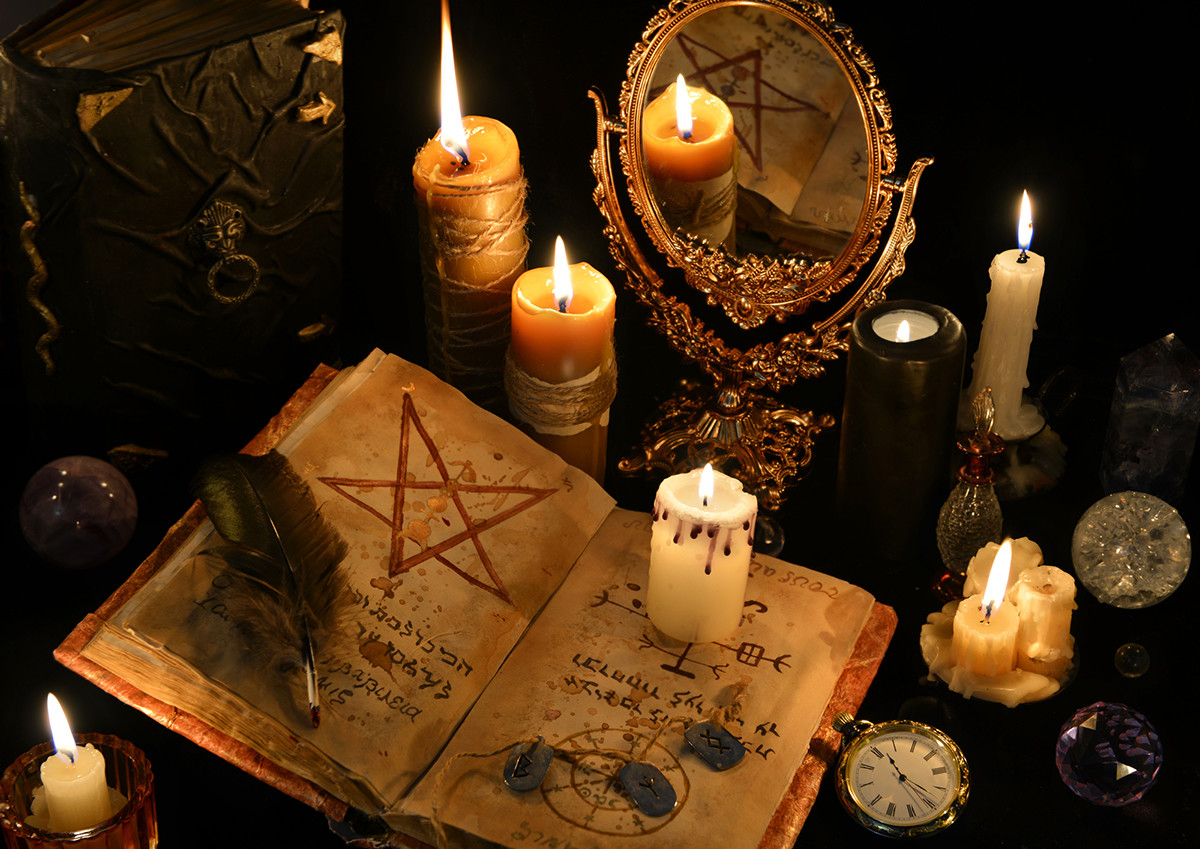 I am rehearsing a ritual of selling my soul to the devil. To carry it out for real, I am supposed to transfer 3,666 rubles (approx. $50) to a hereditary witch named Zlata Sidorova, who will simultaneously with my actions sacrifice a black goat, in order to convey my respect to Satan. Only then, she said, would the ritual work.

Zlata is not the only one to offer the service of facilitating the transaction of selling one’s soul to the devil - there are several sites and online communities in Russia that offer assistance in the evaluation and sale of souls.

The biggest number of psychics offering different “soul selling” services can be found on the Russian social network VKontakte. Zlata Sidorova is one of them. Her page is full of pictures of toy skeletons, goblets, images of Satan carved into wood. She herself writes that her ritual is intended only for adults and serious people, those who know what they want from life.

Before starting the ritual, the witch asks me to send her my photo and date of birth - this will help her “determine” how much my soul costs. According to her theory, all souls are divided into three categories - low, middle and high. The low category includes rapists and murderers and their souls are of no interest to Satan, the high category includes children, virgins, priests and righteous Christians. All other souls fall in the middle category. 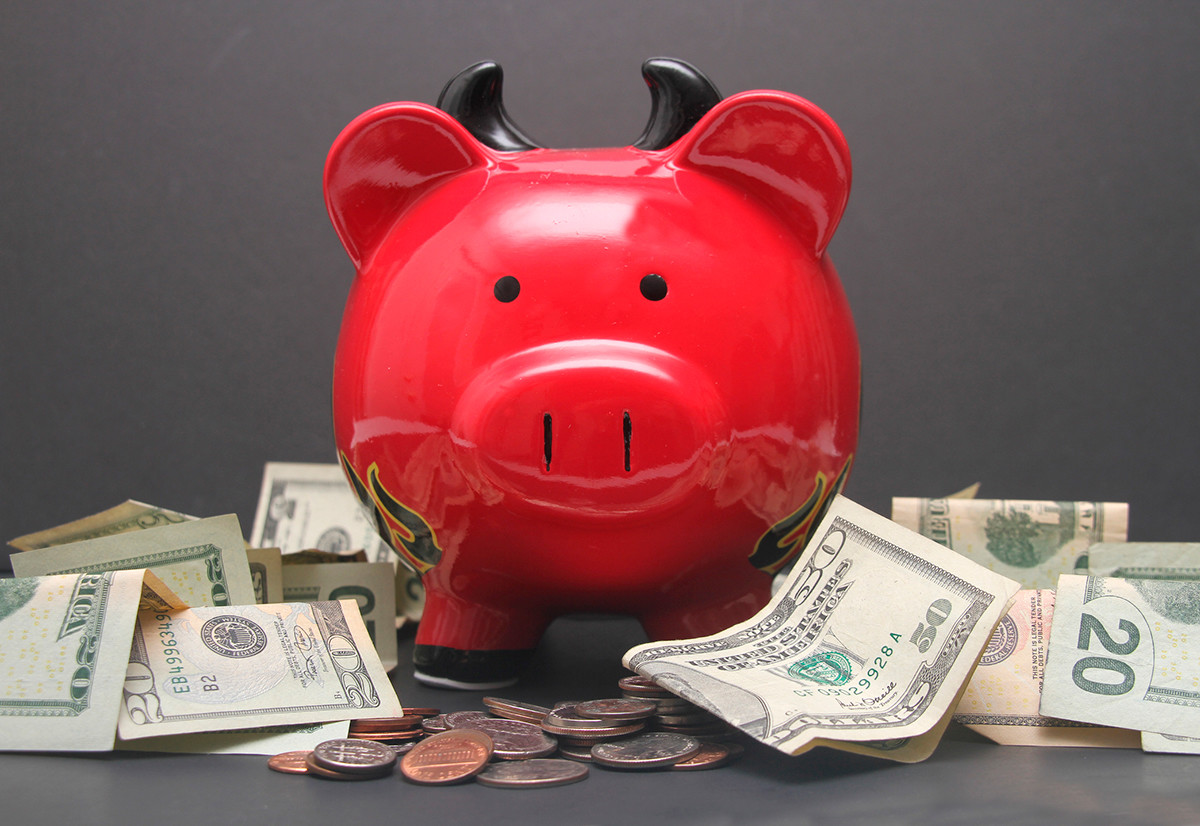 The next day after sending my photo, Zlata says that I was neither a virgin nor a murderer, which meant that I belonged to the middle category and could ask for as many as three wishes in exchange for my soul, which is what all souls in this category are entitled to.

At the same time, a person with a soul from the middle category cannot ask for unrealistically ambitious wishes - for example, they can ask to become a member of parliament or the president of a country, but nothing more. Whereas, a person whose soul belongs to the high category can demand anything from the devil – thus a child or a virgin could easily ask Satan for world domination.

To have my wishes fulfilled, the witch tells me to remove all crucifixes and icons from the room, write a contract confirming that I give my soul to the “Prince of Darkness” in exchange for fulfilling my wishes and sign it with blood at a specified time. 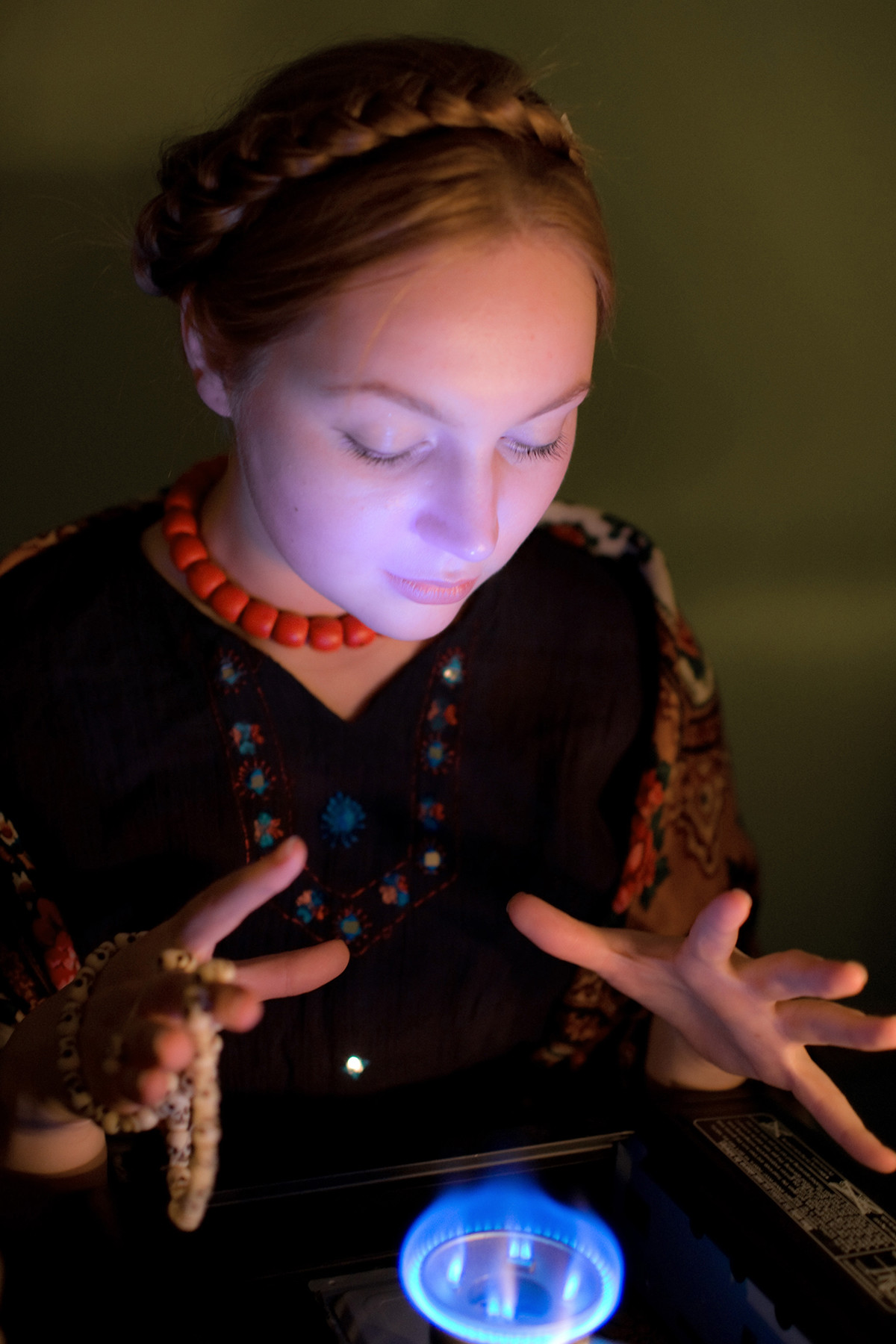 “The demons have given me consent to make a deal with you. You only need to pay for the sacrifice. During the ritual, you will feel the presence of a demon, but he will not appear before you in person. After we carry out the ritual, you will soon begin to feel positive developments in all the areas that you indicated in the contract. There is no payment for the work itself, but you can thank me when you are completely satisfied with the result,” Zlata writes.

Similar conditions are offered on the Soulstradings.com portal for the sale of souls. According to the information on the site, trading in souls is carried out by the Illuminati, an “elite organization of world leaders”, which anyone can join for a fee. The organization even has its own YouTube channel, where the Illuminati take pictures of Satan figurines and show how they summon a demon using candles, pentagrams and a human skull.

“You needn’t think long. You need just to ask the DEVIL so that He makes a deal with you and gives you EVERYTHING you want. If you have read thus far, you have already secured a place for yourself in Hell, so it is better to sell your soul than to give it away for free! Hurry up with your application,” says the website (capitalization as published).

Facilitation in selling souls is also offered by psychic Boris Shabrin on his website, which displays his “diploma of a magician”. In an exchange on WhatsApp, he says the ritual costs 7,500 rubles (approx. $100), but refuses to disclose any more details without full prepayment.

Vladimir Volleor from Moscow Region, another psychic who helps sell souls, charges 15,000 rubles (approx. $205) for the ceremony. According to his website, he learnt the ritual from a witch, who had sold her soul to the devil at the age of 15 in exchange for being attractive. His wish was fulfilled three months later. 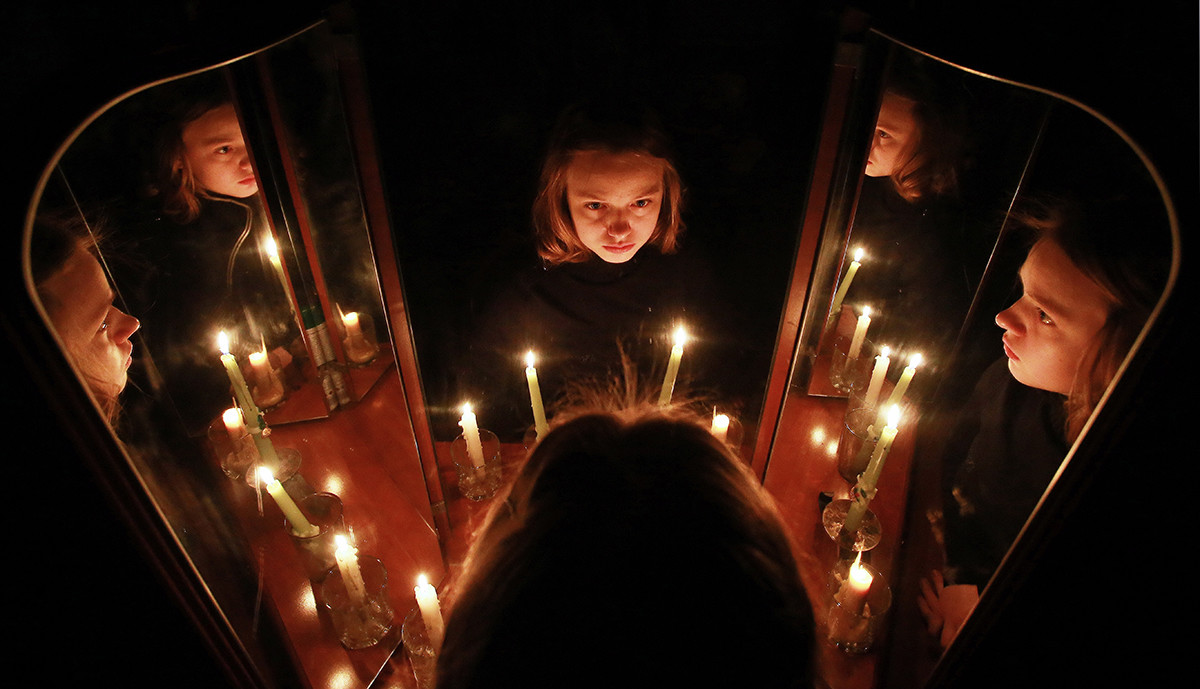 “After payment, I will send you full instructions, while you will tell me when and where you will be conducting the ceremony. At the set time and simultaneously with you, I will conduct the ritual of ‘Opening the Gates’ and summoning the demon, who should come to you to conclude the contract. Each of them is linked to a particular location, depending on which stars are located above your city,” Vladimir writes.

Then he writes that he could make a discount given the coronavirus crisis.

“There are now many applicants, they pay in full, so there is enough money for the Church of Lucifer. You can pay however much you can afford,” the psychic said.

Earthly desires and a deal ‘just in case’

Many users visiting sites like these want to sell their souls as soon as possible, so they leave comments addressing Satan directly. Here are just a few of their ads: 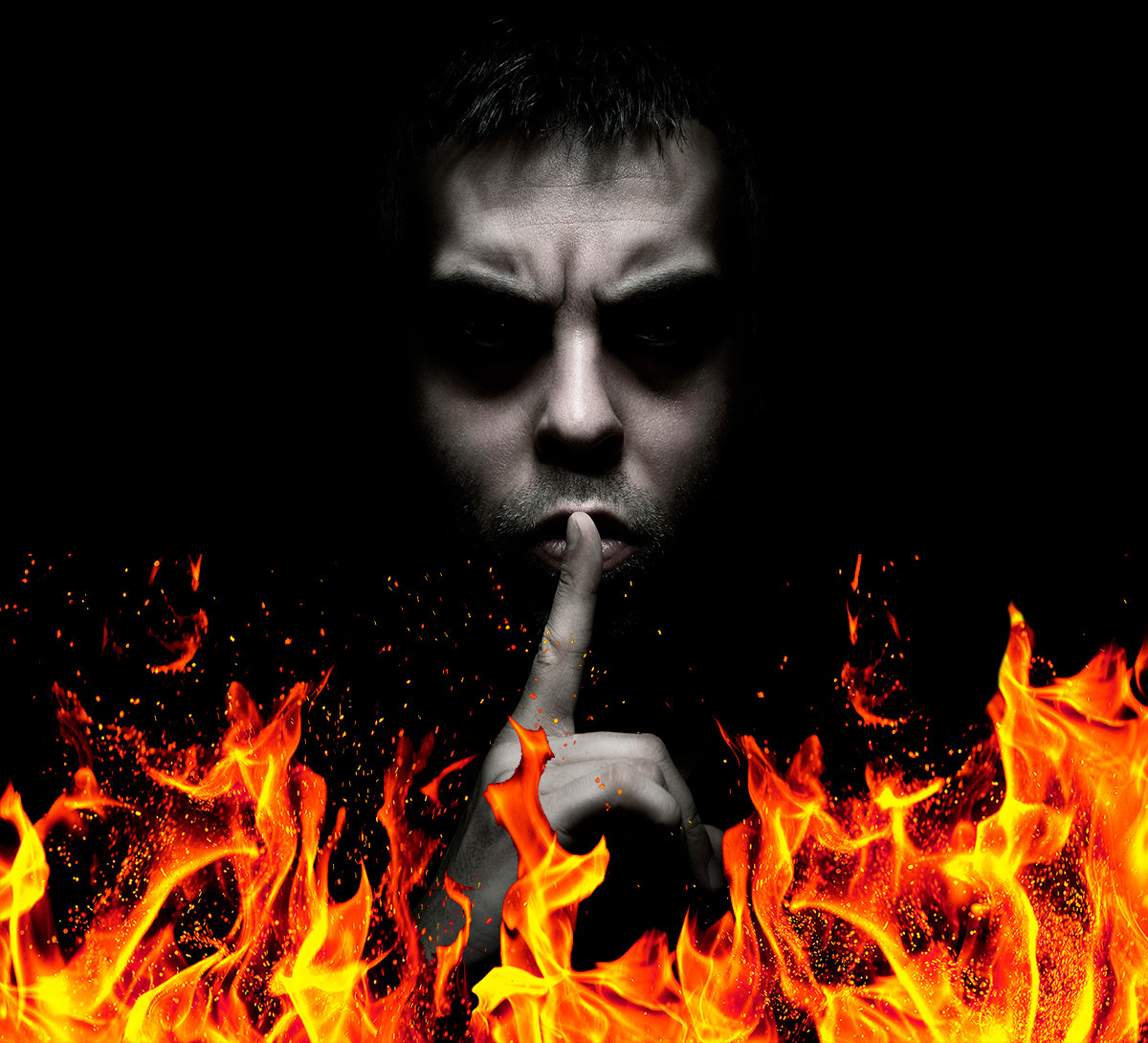 One of the authors of these ads, Damin, does not believe in selling his soul, but decided to ask the devil for $40,000 “just in case”.

“I was deceived by scammers, then my mother got sick. I had to borrow money and, in order to return it, I started to make bets on sports. I became short of money. So far, no-one has helped me, maybe this will help,” says Damin.

Ivan Orlov, a 26-year-old builder from Maikop, says he would not mind paying a psychic as an intermediary, but, he adds, his salary is not enough even for the ceremony.

“People used to be incredulous about dinosaurs, but dinosaurs did exist. Although, I may be wrong, but I am desperate and ready to believe in a lot of things,” says Ivan, trying to explain why he believes in the deal.

Veronica Vasichkina, a 28-year-old unemployed woman from Moscow, asked the devil for money for her soul “out of despair”.

“Sometimes, all sorts of scammers wrote to me and that's it. But I don't care, I have already made a deal with myself by leaving that ad asking the devil for money. The devil will take my soul only after death, whereas the consequences of a beggarly existence affect my whole family and will affect the future of my children. Many Russians live like this, people go crazy out of poverty. If it worked, our whole country would sell their souls,” says Vasichkina. 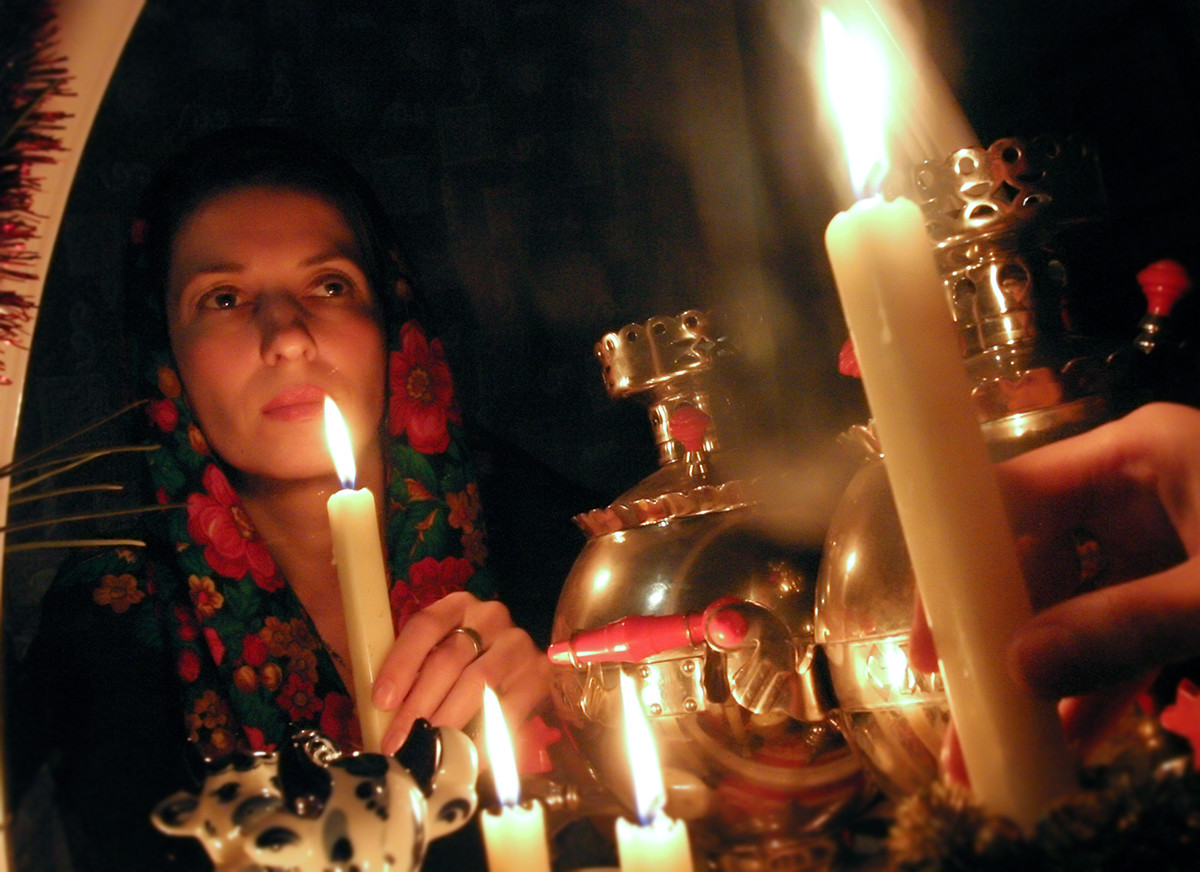 There are communities and discussions on social media exposing psychics offering help in selling souls, but some people still send money to scammers. For example, in August 2020, an 18-year-old resident of Vladivostok pretended to be a magician and convinced a 16-year-old schoolgirl to transfer 93,000 rubles (approx. $1,200) to him for a deal with the devil. The police have detained the swindler and are checking him for possible involvement in other crimes, says a report on the Interior Ministry’s website.

In the end, hereditary witch Zlata Sidorova never got any money from me - I refused to pay, saying that I did not want an innocent black goat, who surely had not committed any sins in this life, to die. Although, she never actually promised to provide any evidence of the poor goat’s death.

“You should hurry up, the devil doesn’t like to wait. We could carry out the ritual tonight or tomorrow night, but not later, because we already have a lot of orders and clients. Don’t worry, the deal is carried out by the best specialists,” Zlata tried to persuade me.

Having received a second ‘no’, the servant of the devil became very upset.

"So it was not meant to be! You will become fodder,” she wrote, and a minute later deleted all her previous messages.