How the Devil is exorcised in Russia 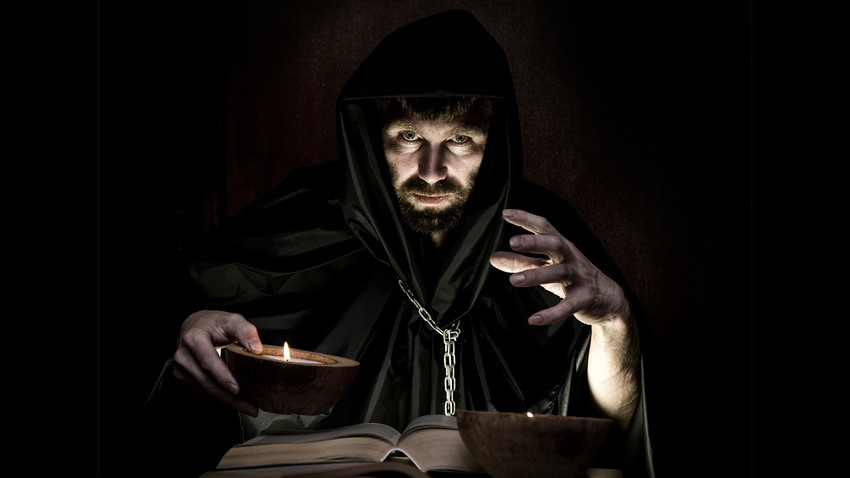 Legion Media
Thousands of Orthodox believers are convinced that they are possessed by the Devil. Every week people from all over Russia head to the only church where, with the official permission of the Russian Orthodox Church, a priest performs the rites of exorcism.

“I know you’re here, Devil!” a woman’s scream rings out from the church’s hall. Five seconds later the scream is replaced with the sound of a falling candlestick.

Someone begins to cry, and a young girl in a white shawl standing near the exit begins to shake and roll her eyes.

Every Friday, Saturday, and Sunday such scenes can be witnessed at the Peter and Paul Church in the city of Sergiyev Posad (73 km from Moscow). For over 30 years the rector of the church, Archimandrite Herman, has been exorcising demons and evil spirits. The church is filled year-round with believers from all regions of Russia.

“Every person knows that good and evil exist. A religious person sees in that evil a real threat that can harm a person, nature, and society. Some call this evil a 'demon', some don’t, but this doesn’t change the essence of it. In any case, evil is a power that needs to be fought against,” explains Father Georgii Kochetkov of the Russian Orthodox Church. (He does not work at the church where exorcisms occur.)

In his opinion, the rite of exorcism is one of the ways to fight against evil. Earlier, charismatic exorcists used prayers to communicate with the Devil, who wants to enslave and use a person, with the goal of casting that Devil out. The prayers helped the sinner to gain his freedom from evil deeds and thoughts. Nowadays, this is often done by priests, who address everyone, not just individuals, because everyone is inclined towards evil. 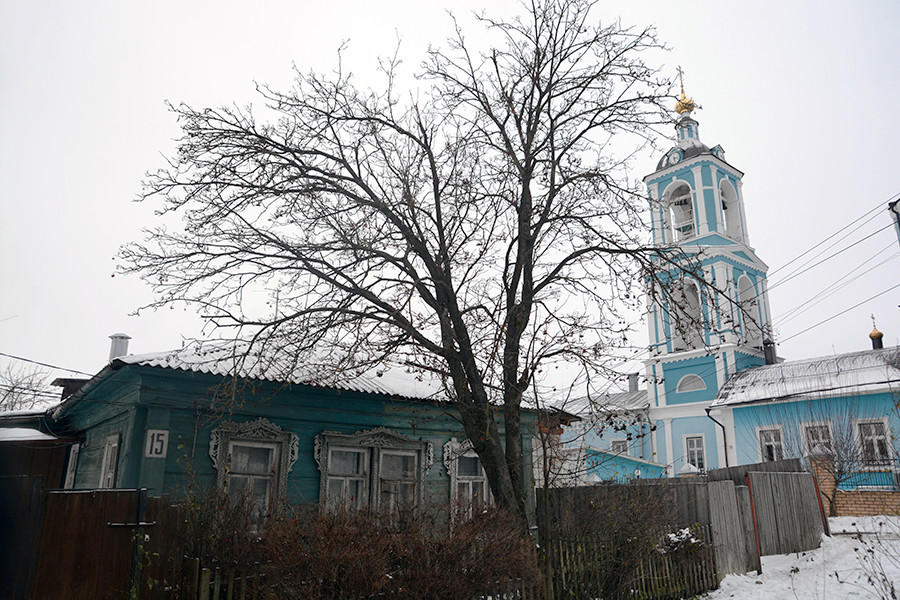 half-hour before the service the church is reminiscent of a crowded club before the start of a pop group’s concert. It’s almost impossible to see the gates of the altar. They are blocked by heads in colorful shawls, fur hats and winter hats with pom-poms. Red, gray, light, and dark colored heads hand the monks candles and pieces of paper with the names of those who will have demons cast out.

“Let me through, I’ve come from North Ossetia!” [a Russian republic located 1,500 km from Moscow]; a dark-haired woman is trying to get through, handing over a long list of possessed people. Her husband turned out to be the most possessed on the list.

Instead of a warmup act, a young monk sings the prayer, “Lord, have mercy.” Then, Archimandrite Herman appears and begins to read the sermon.

The voice echoes throughout the hall and every part is read two or three times, making the monotone speech even less comprehensible. The audible portions emerge: don’t smoke, don’t envy people, don’t cheat on your wife, or paint nails. It’s nail polish that encourages men to commit debauchery. The Devil possessed Hitler, Napoleon, and today he’s relocated to Russian television and the Internet, which clouds our minds and souls. 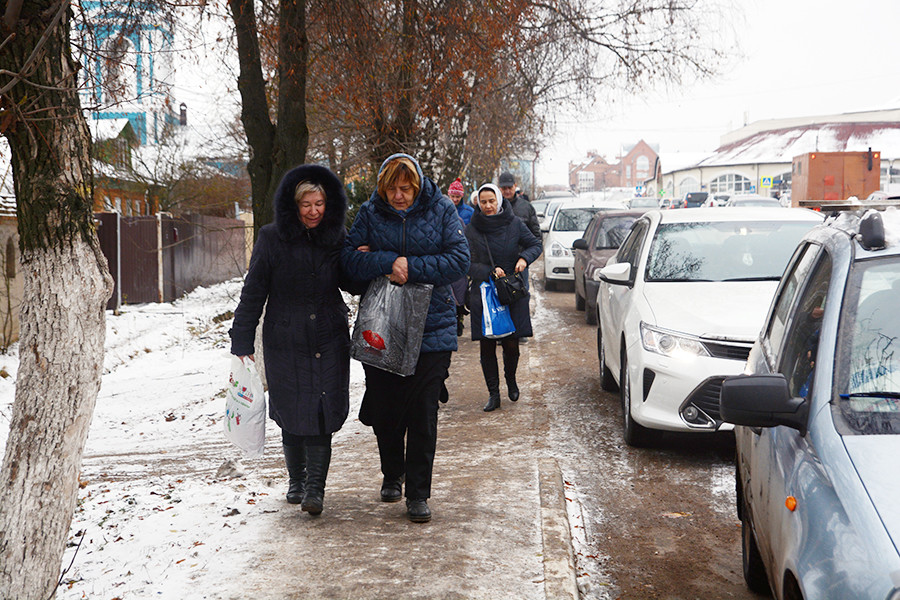 archimandrite finally the list of names of those who need an exorcism:

“Demon, beseeching Vladimir leave, beseeching Natalya leave, beseeching Ivan…” Periodically, the names are repeated so it’s impossible to guess which Ivan is being spoken of. However, everyone crosses themselves and tries to get closer to the altar in hopes of hearing a name from their note.

Your head begins to spin from the sweltering heat and too many people around you. Some parishioners lean against the walls, some sit on the benches.

Next, Herman draws a cross with oil onto each forehead. This rite of the Orthodox Church signifies the outpouring of God’s mercy on the anointed person. Then the rector sprinkles the parishioners with water from a special aspergillum while reading a prayer.

“I told you we should have brought an umbrella!” a man says to his companion. One can hear giggles from people nearby. 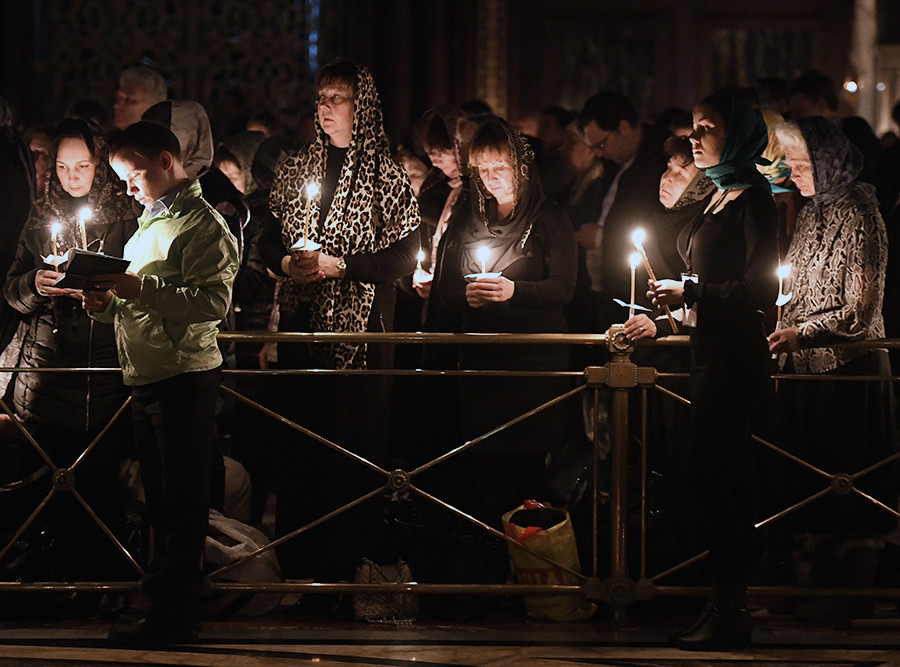 her back began to hurt badly, Nadezhda [name changed-ed.], a 76-year-old resident of Sergeiv Posad, has been attending services for two years. Even though it’s been two years and her back still hurts, “recently it got better.”

“The rite doesn’t help everyone immediately, only those with strong faith. The stronger the Devil is inside of you the more noticeable the result is after the first cleansing. Did you hear how that woman screamed? That’s because she was fighting with the Devil. This for sure will help her,” reasons the woman. “And you always need to wear a cross. I can tell you’re not wearing a cross, you’re better off not even entering.”

“My mother brought me here, she believes in this. But it’s all nonsense. My personal life isn’t working out. I can’t find a job and she thinks it’s all the handiwork of the Devil. All these screams and crying seem like a setup. I’m sure they are just actors or simply mentally ill people,” a well-groomed blonde woman gives her opinion.

Indeed, in the opinion of Father , some of the parishioners simply need the help of a psychologist or psychiatrist. “You need to recognize the boundaries when a common physical or mental illness has turned into insanity, even though no one can say where exactly these boundaries are. The insane are always mentally ill, and the psychologically ill aren’t always possessed,” states the priest assuredly.

All the while he emphasizes that people have a lot of unconscious and inherited evil, and in our time, and in our country, everyone needs to pray and repent, not just for themselves but for those around them.

"Even though in the end it’s the Lord, and not other people, who delivers us from evil, the fight with evil is every person’s responsibility, even unbelievers’,” sums up Father .

Psychologist Mikhail Semyonov thinks that believers use autosuggestion in similar rituals so that they can cope with life’s difficulties.

“Those difficulties and the pain that they bring require an explanation for yourself and those around you. It’s better if someone else answers for deviant behavior,” thinks Semyonov.

The psychologist is certain that in placing the blame on “demons”, a person is freed from feelings of guilt and shame. This helps him accept himself and protect his psyche. Some simply suffer from a histrionic disorder and they must be the center of attention in any way.

The return of the 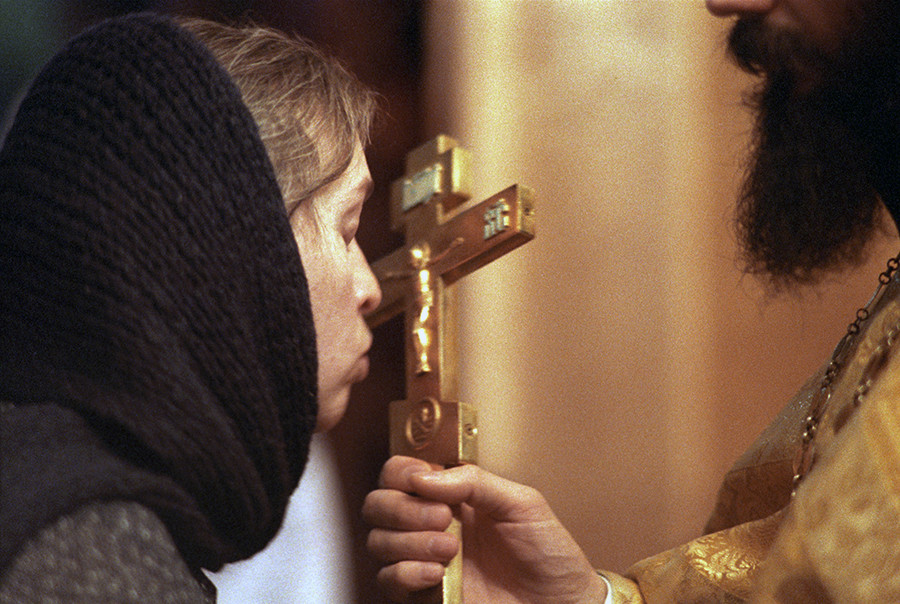 after the service, the demons can return to the parishioners through the smoke of cigarettes that some inhale when leaving the church’s territory.

The cleaning lady washes the floors in the church after the sinners leave. Some of them are standing in line for Father Herman to ask for advice. He takes one woman from the altar and sits with her in the corner on a bench.

“When will it be my turn,…!” one of the parishioners couldn’t endure it any longer, darkening the walls of the church with a curse word.

“There are no more priests here, it’s time for you to go!” Father Herman takes her under the arm and leads her outside.

At that time the priests were blessing a car before a trip. Having read the last prayer, they got into the Toyota and took off, leaving the possessed parishioners with their sins until the next service.