What was the Soviet 'subbotnik'? (PHOTOS) 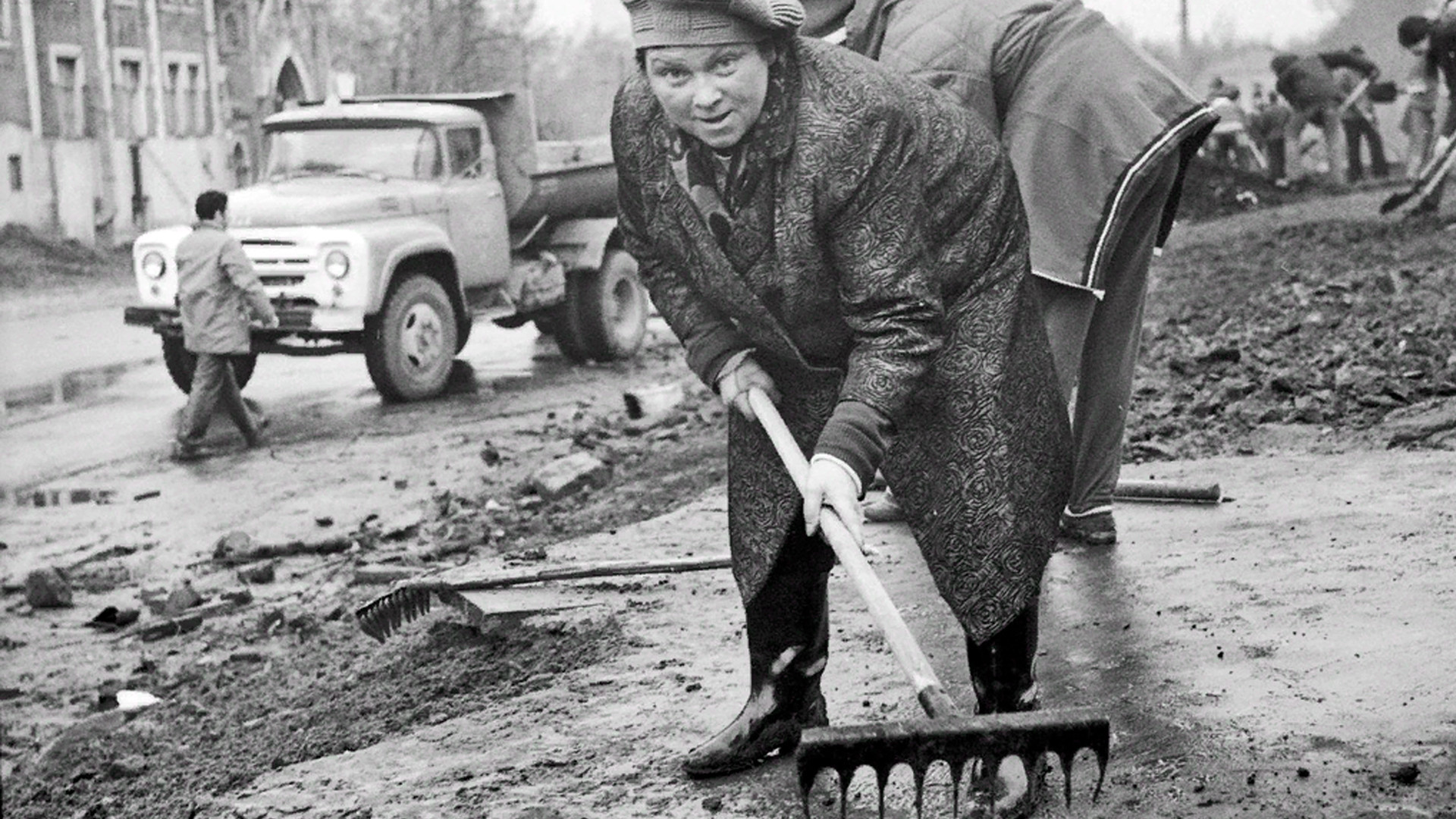 “Smile for the camera.” Students and lecturers at a Moscow university on a subbotnik, 1975

Sergey Sukharev/Archive of Pavel Sukharev
Why did Soviet people go out onto the street with rakes and shovels on weekends?

Clearing snow, mud and leaves, and planting trees and flowers are now done by city authorities and eco-activists. But in the Soviet Union, every spring, almost the entire population did unpaid work to spruce up the area around their apartment block, school or university after the long winter. Called subbotnik, it usually took place on a Saturday (subbota means “Saturday” in Russian), which was the only official day off during the week.

At first, the activity was voluntary — people were simply filled with enthusiasm to work for the common good. Besides, those who stayed at home were branded as lazy. Later subbotniks became compulsory, and often schoolchildren were taken outside to clean up around the school after class.

The first subbotniks began in the infancy of the new Soviet state and were actively promoted. April 1 – May 1, 1920, was the so-called "Red Labor Month".

Subbotniks are still organized to this day, but on a far smaller scale and only on a voluntary basis. 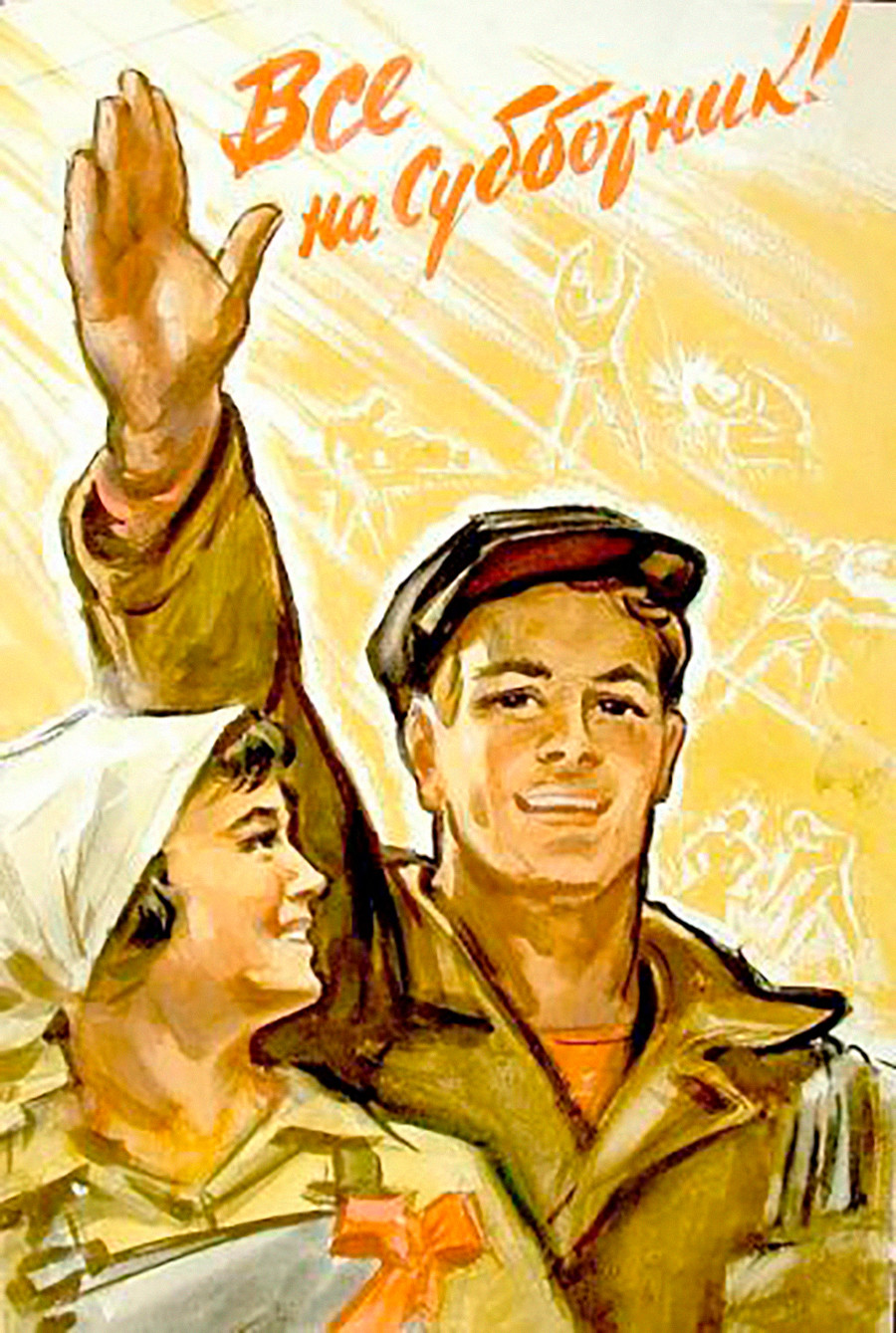 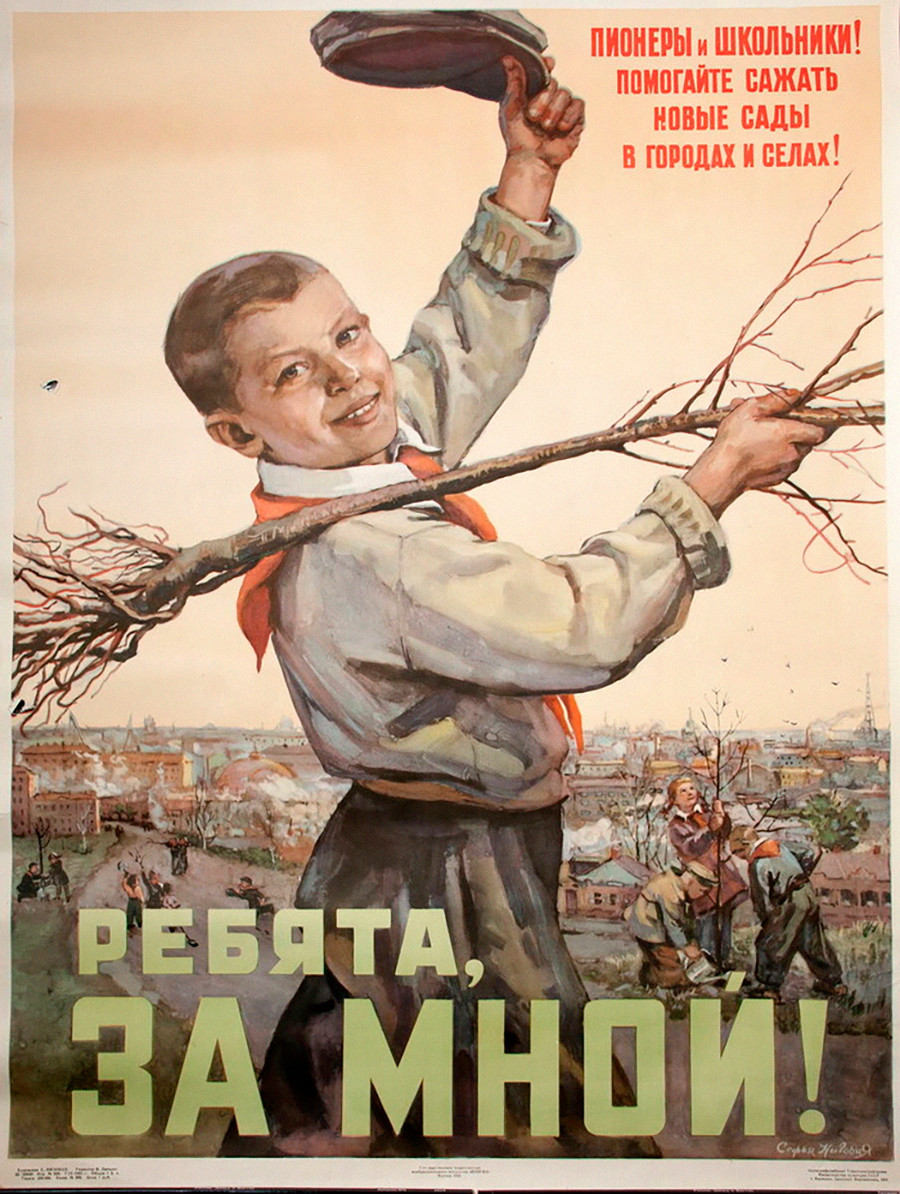 Nikolay Sysoev. Vladimir Lenin at a subbotnik in the Kremlin. Reproduction 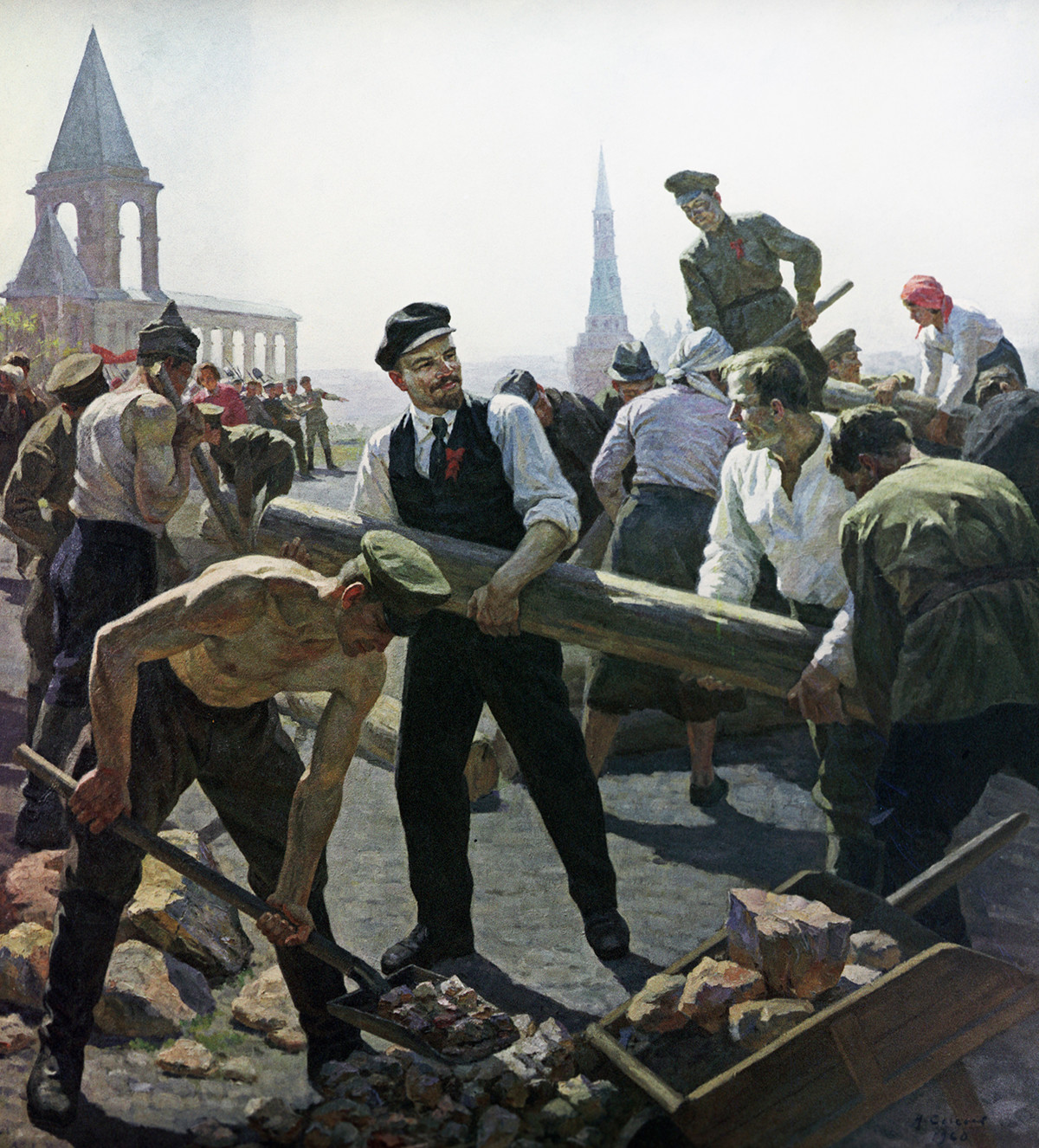 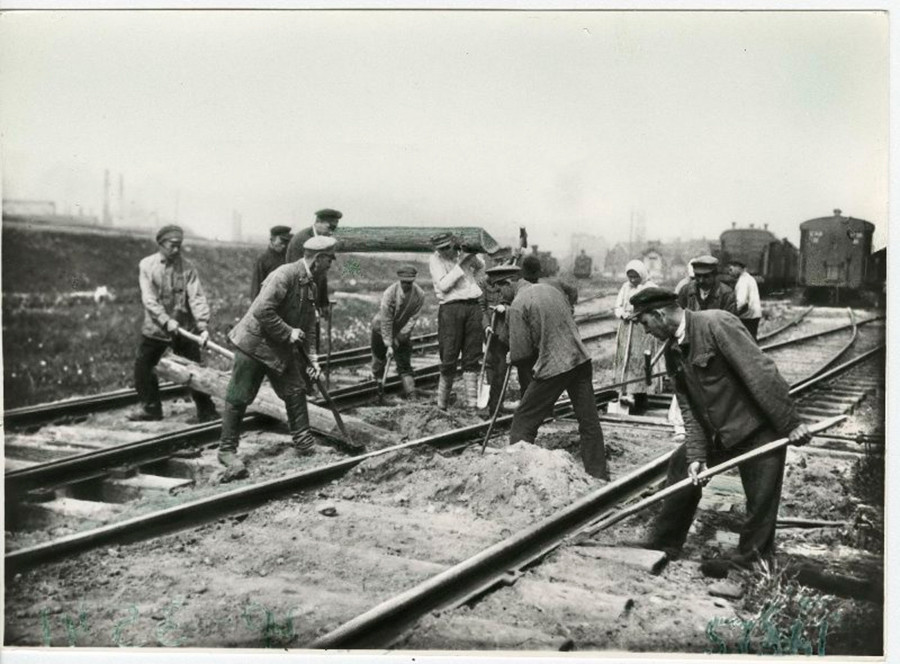 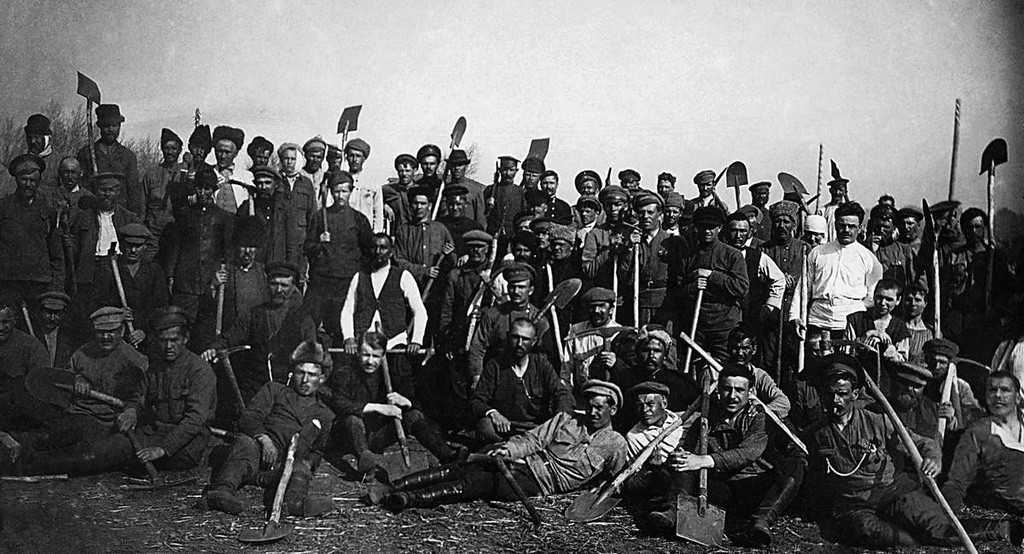 Group portrait at a subbotnik, 1932 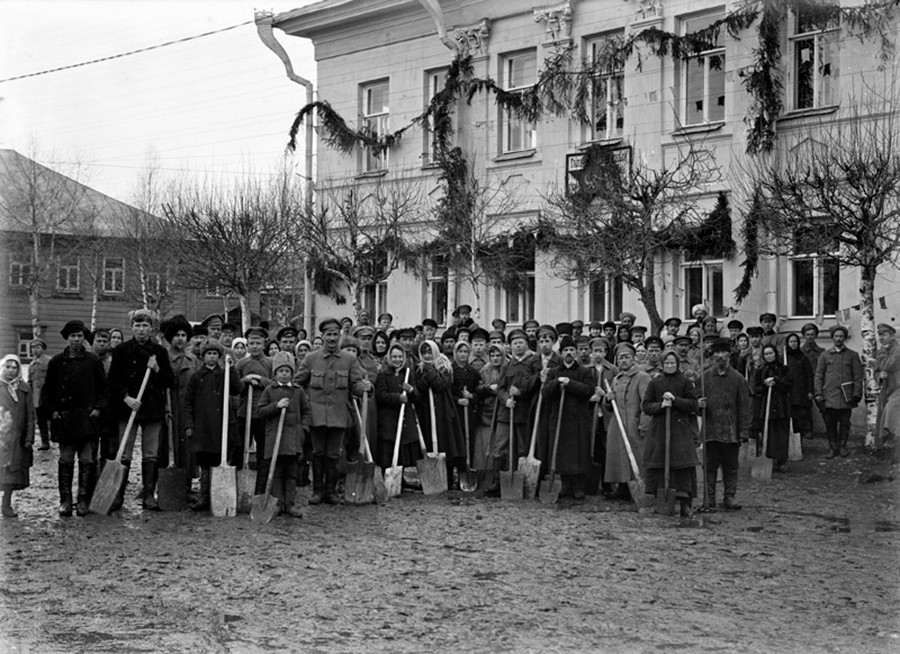 Subbotnik of gold-miners in the Urals, 1935 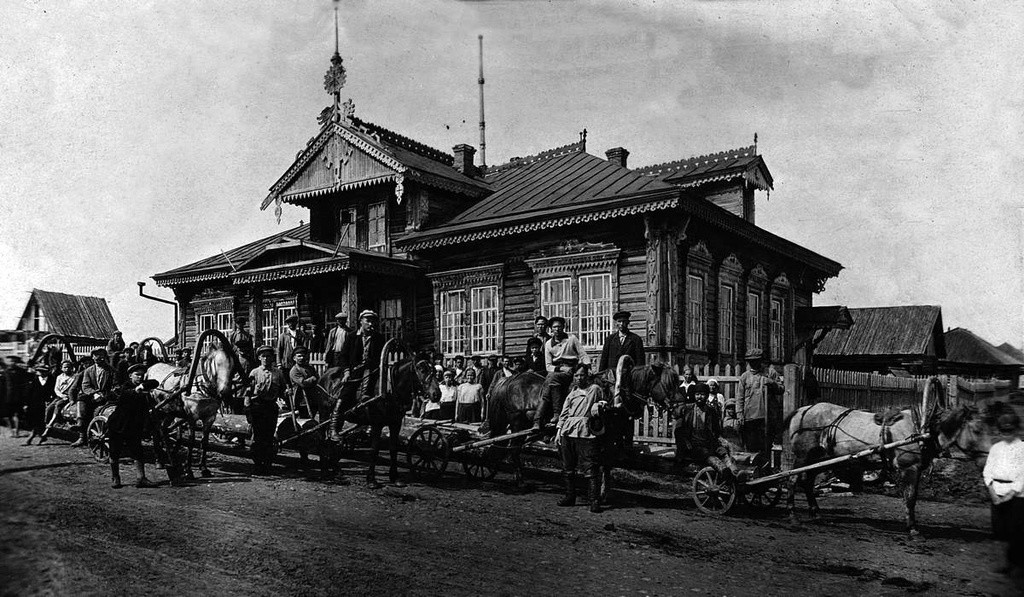 Soldiers at a subbotnik, 1950s 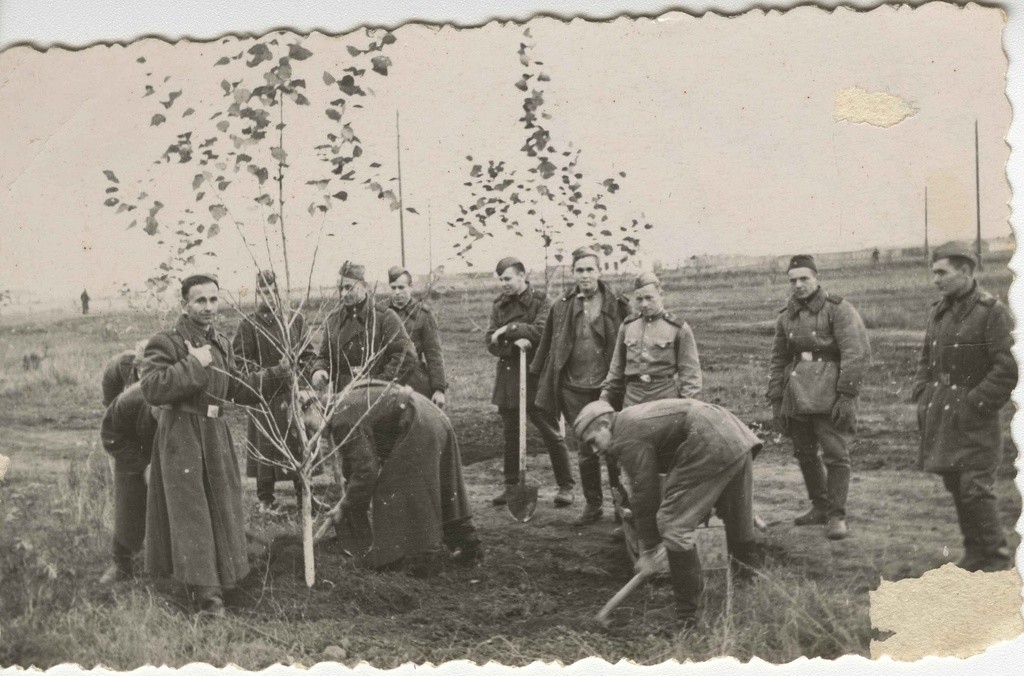 Subbotnik to green a residential village, 1958 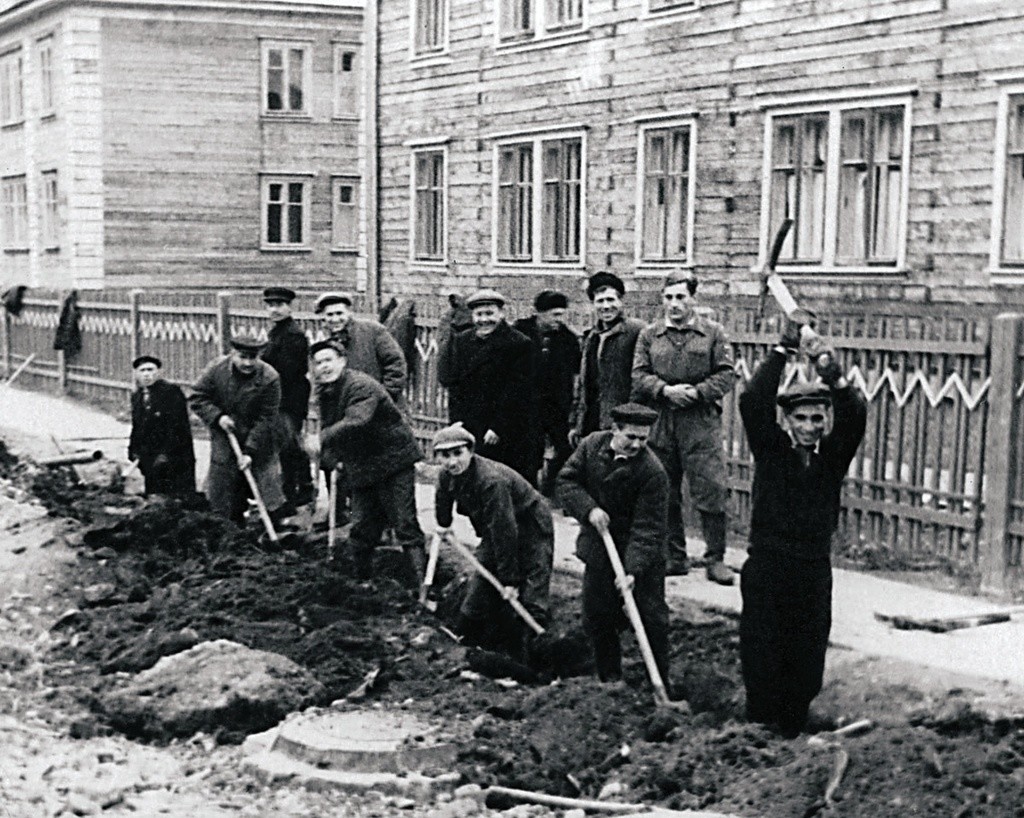 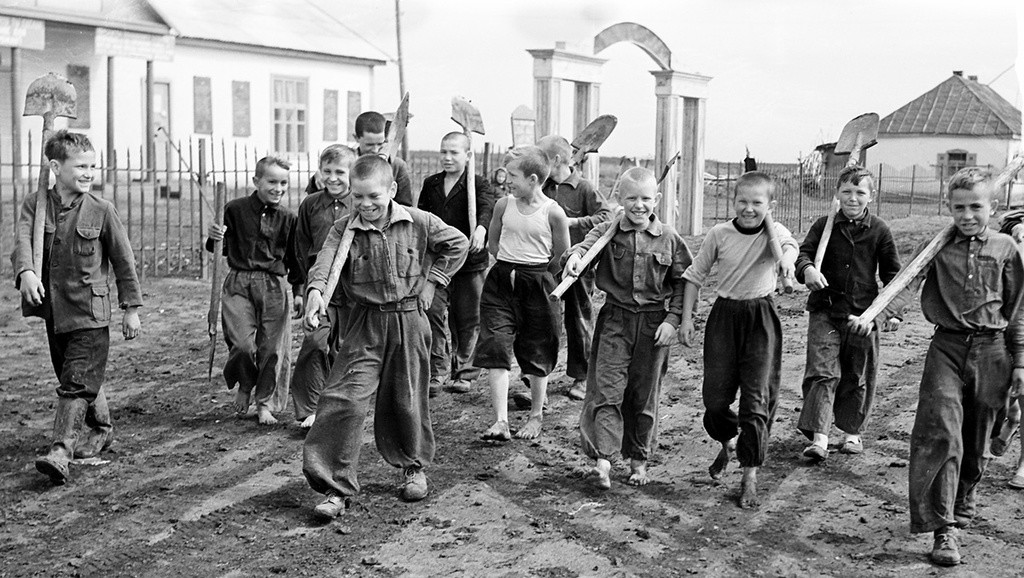 Employees of the Sikhote-Alin Nature Reserve in the Russian Far East at a subbotnik, 1960s 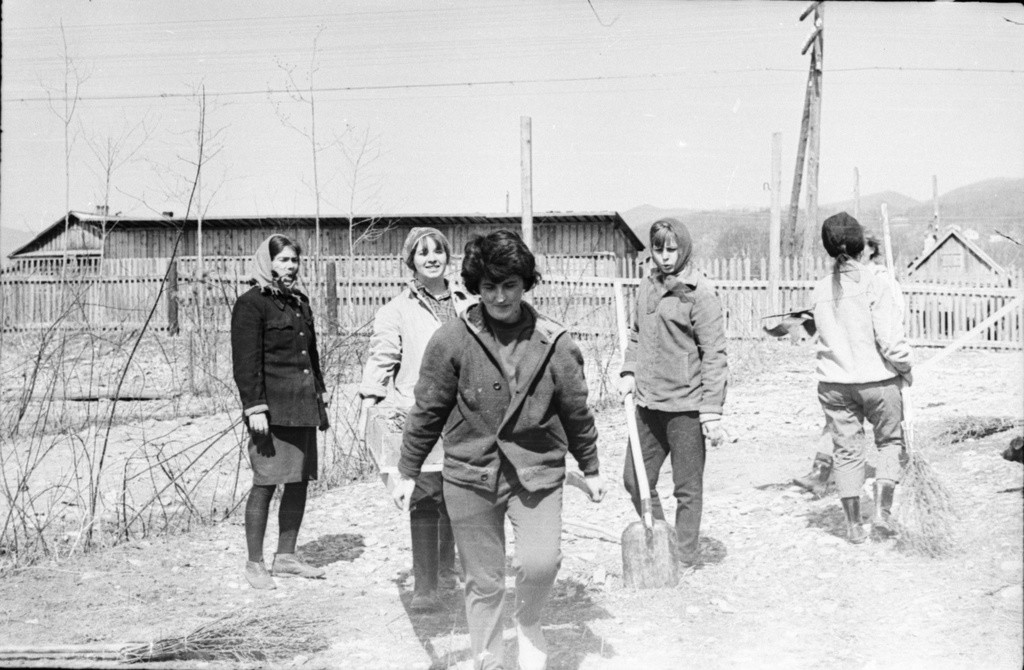 Subbotnik in the city of Chita, 1960s 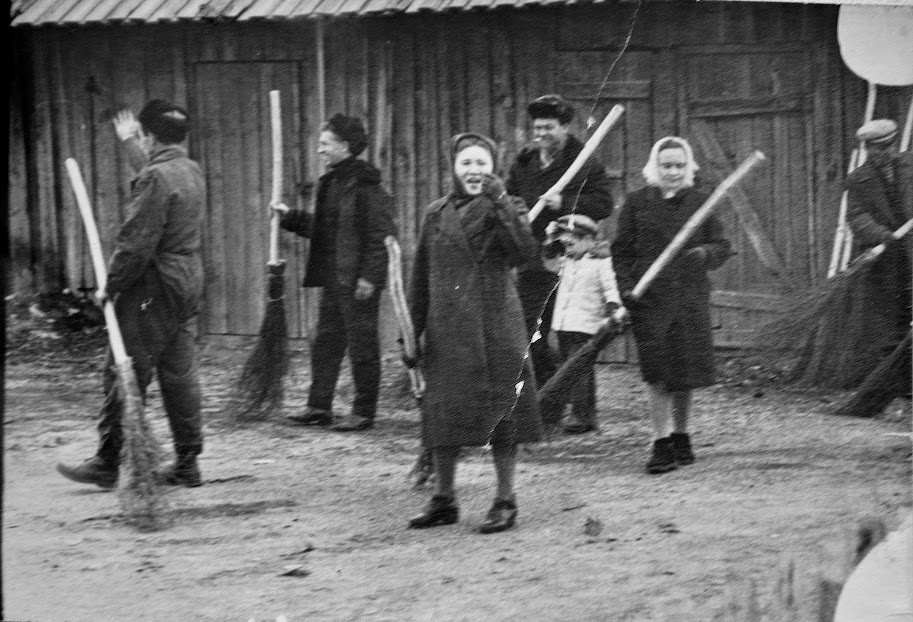 Construction workers at a subbotnik in Moscow, 1960s 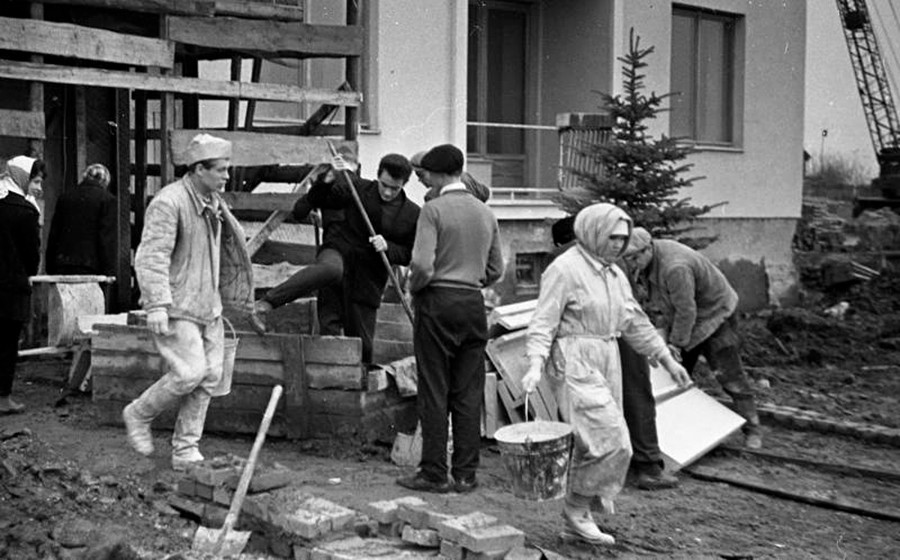 Spring Moscow. Subbotnik on the street, 1963 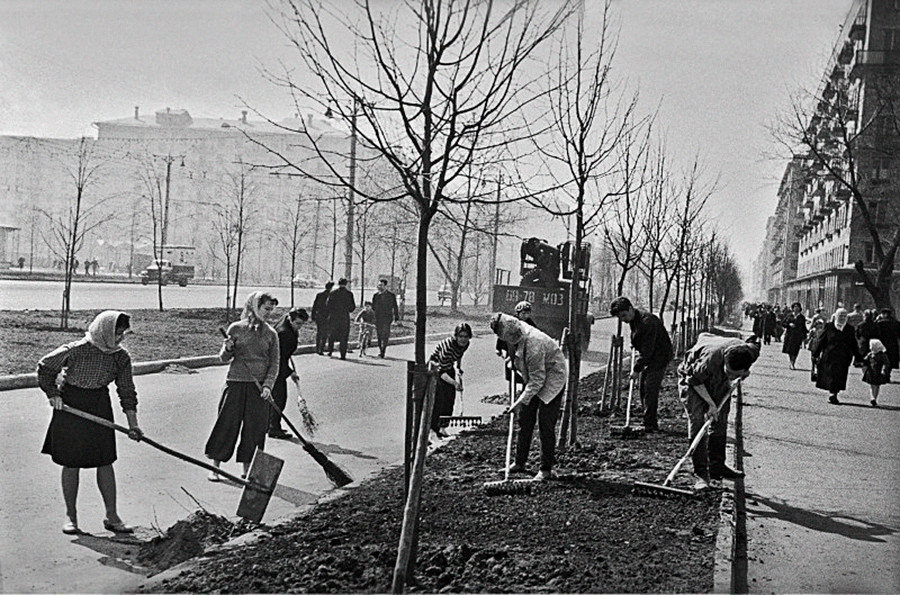 Subbotnik in Moscow. Schoolchildren and teachers plant trees in a square, 1964 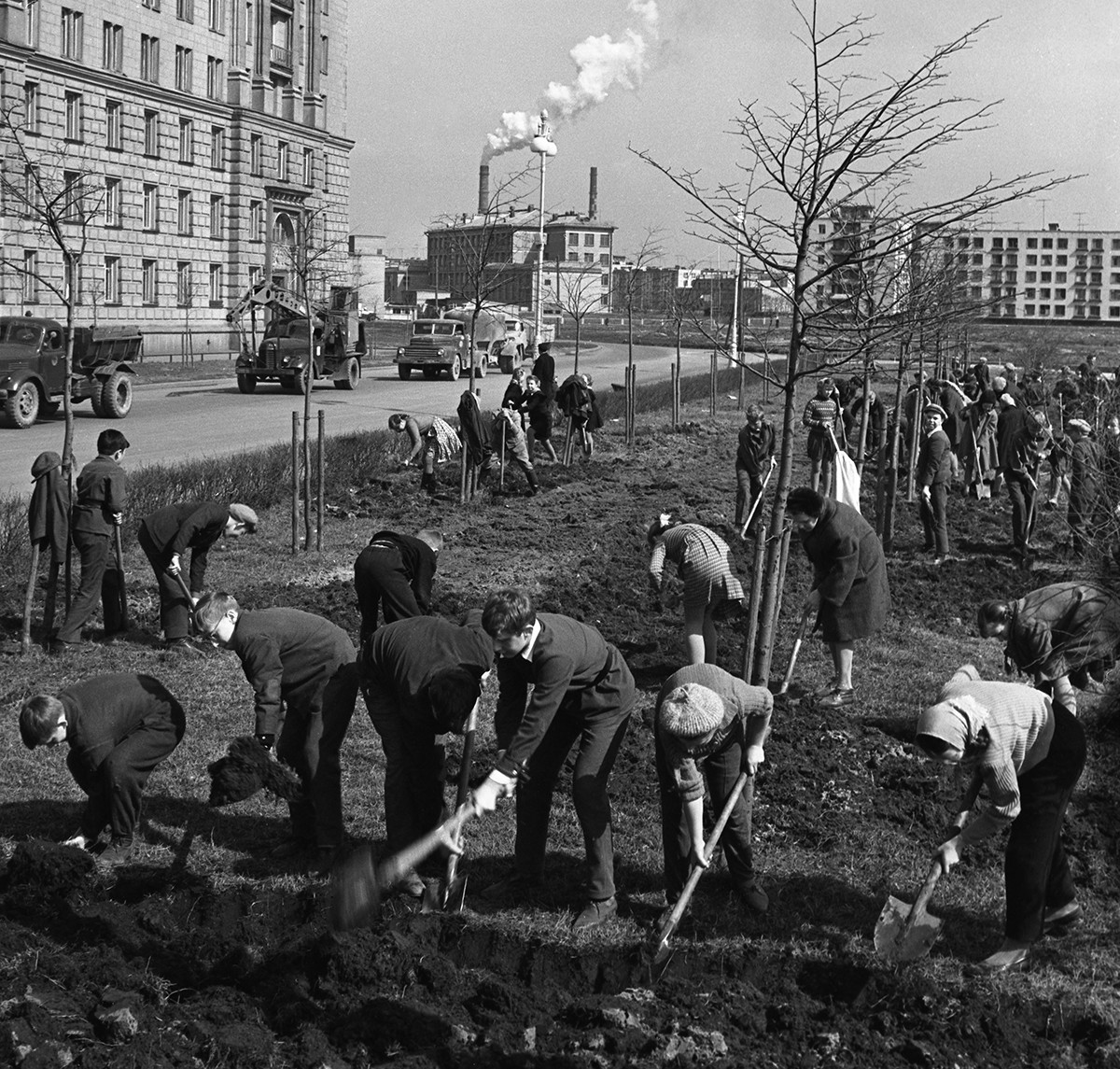 Subbotnik against the backdrop of the Memorial to the Heroes of the Battle of Stalingrad, 1969 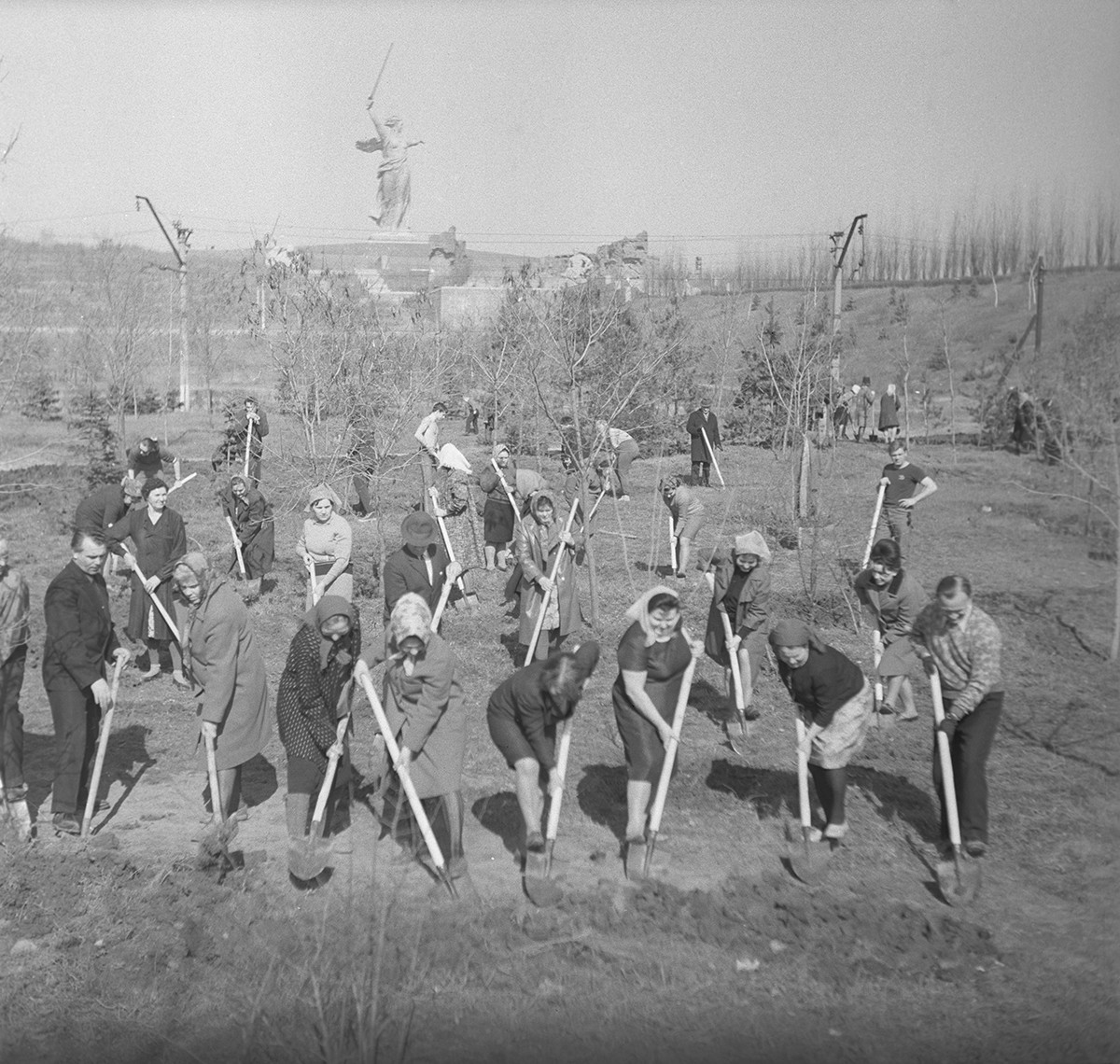 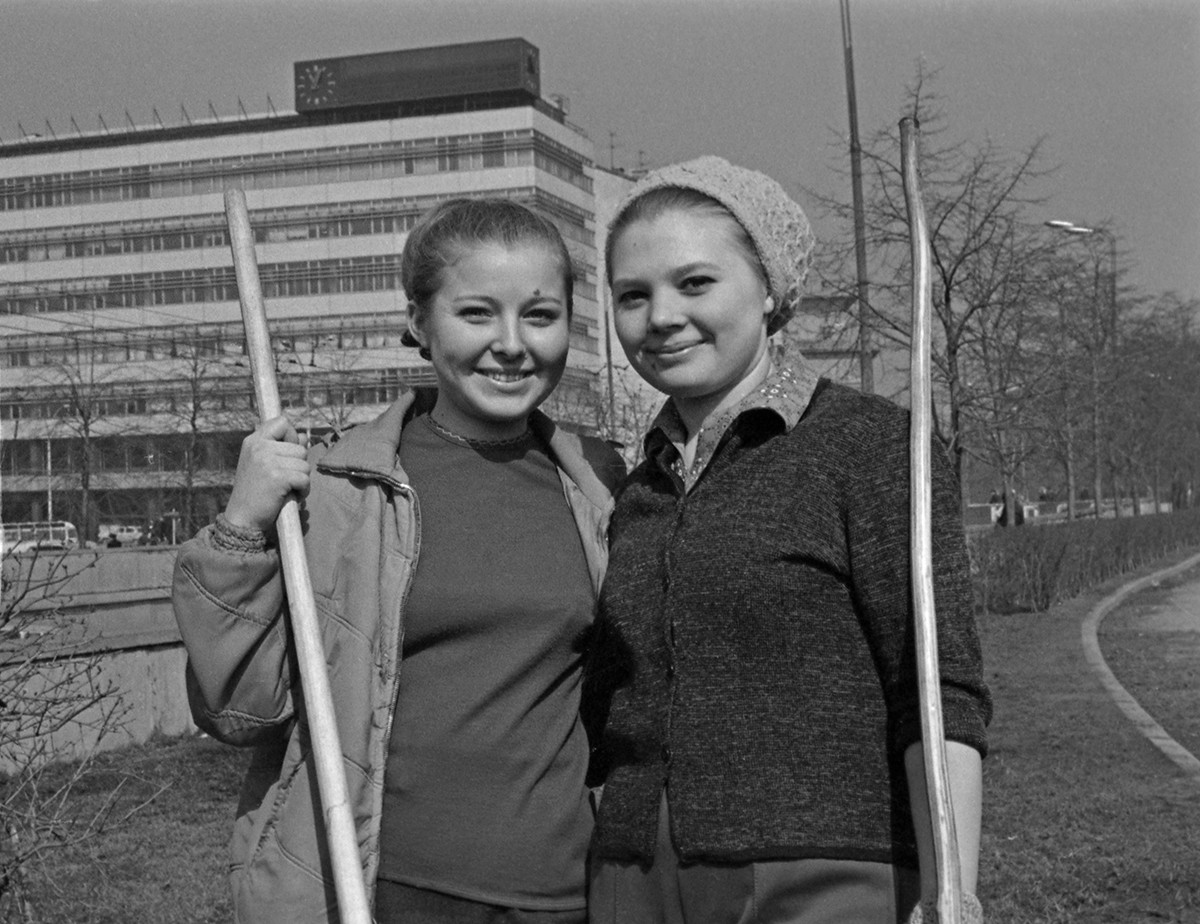 Employees of the Hotel Moscow at an all-Union communist subbotnik against the backdrop of the Kremlin, 1970 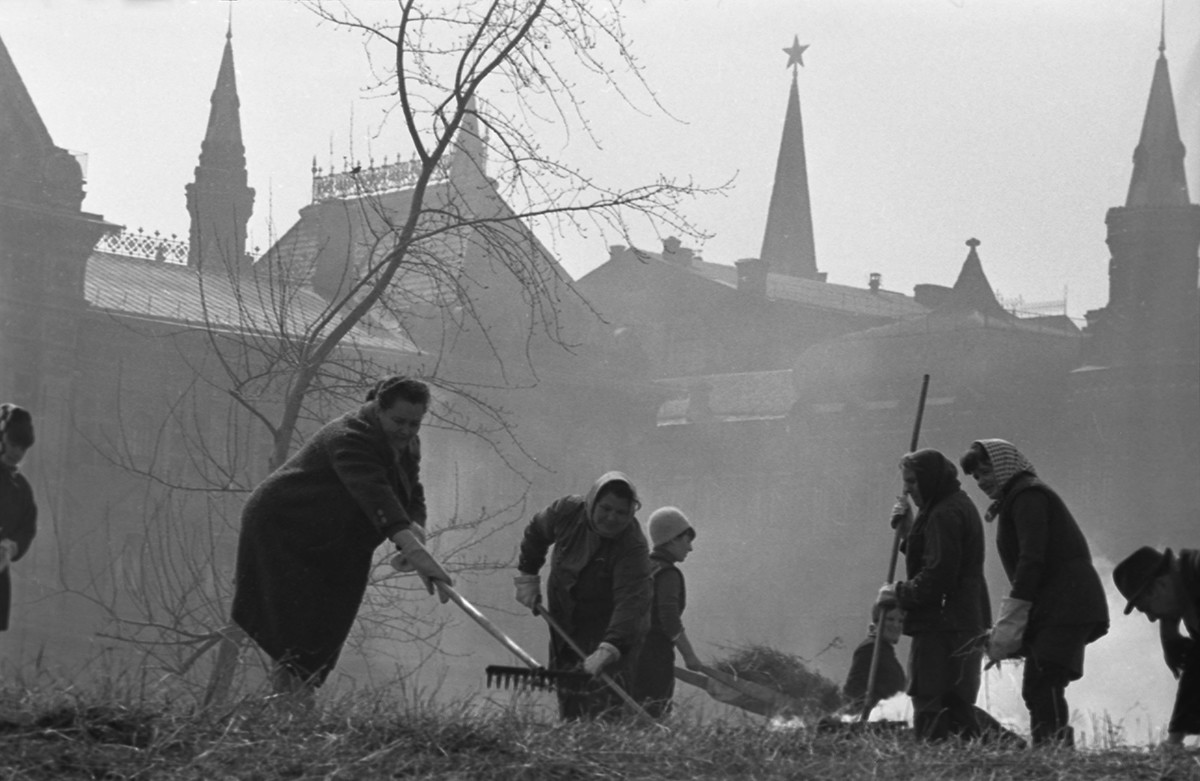 Sintering plant workers in the Vologda region at a subbotnik, 1971 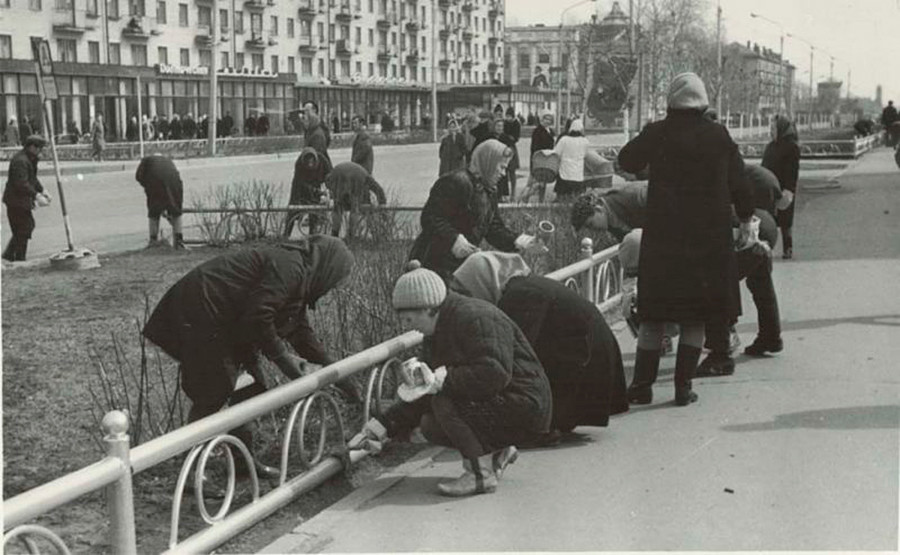 Subbotnik on the territory of a military hospital in Moscow, 1971 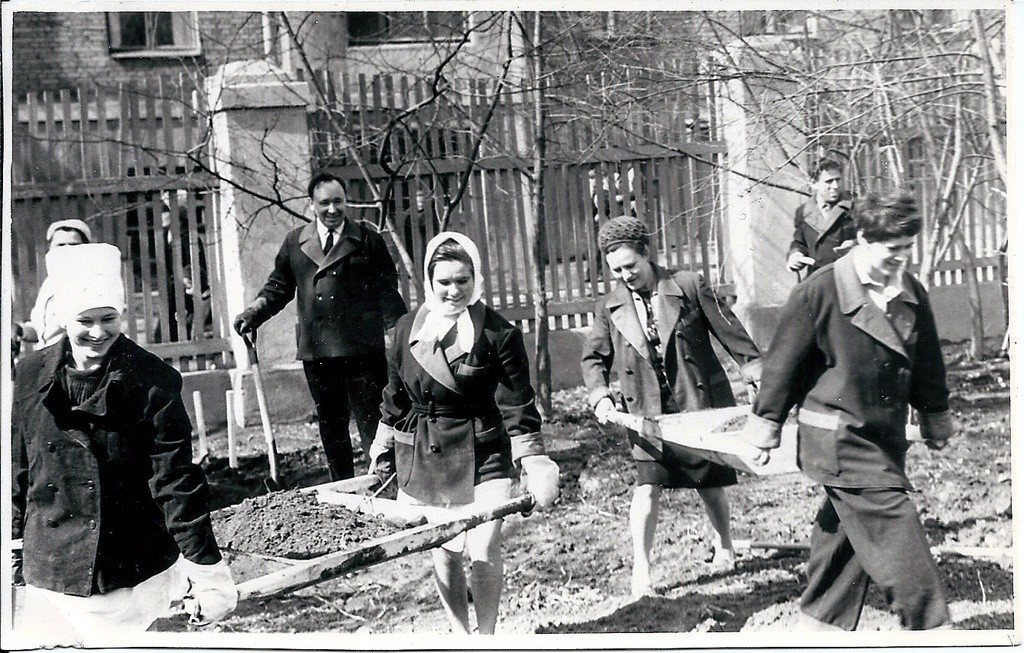 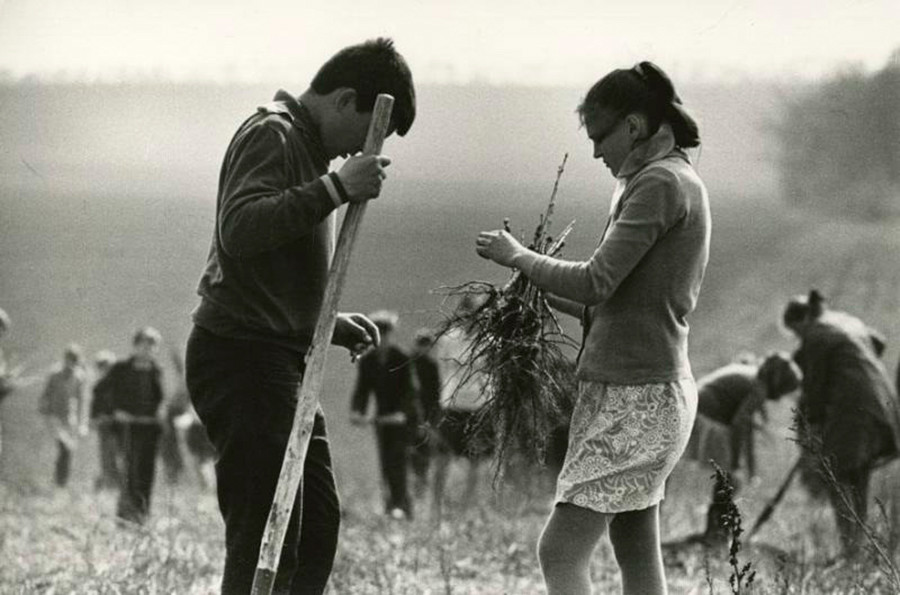 Students at the 50th communist subbotnik on the streets of Moscow, 1969 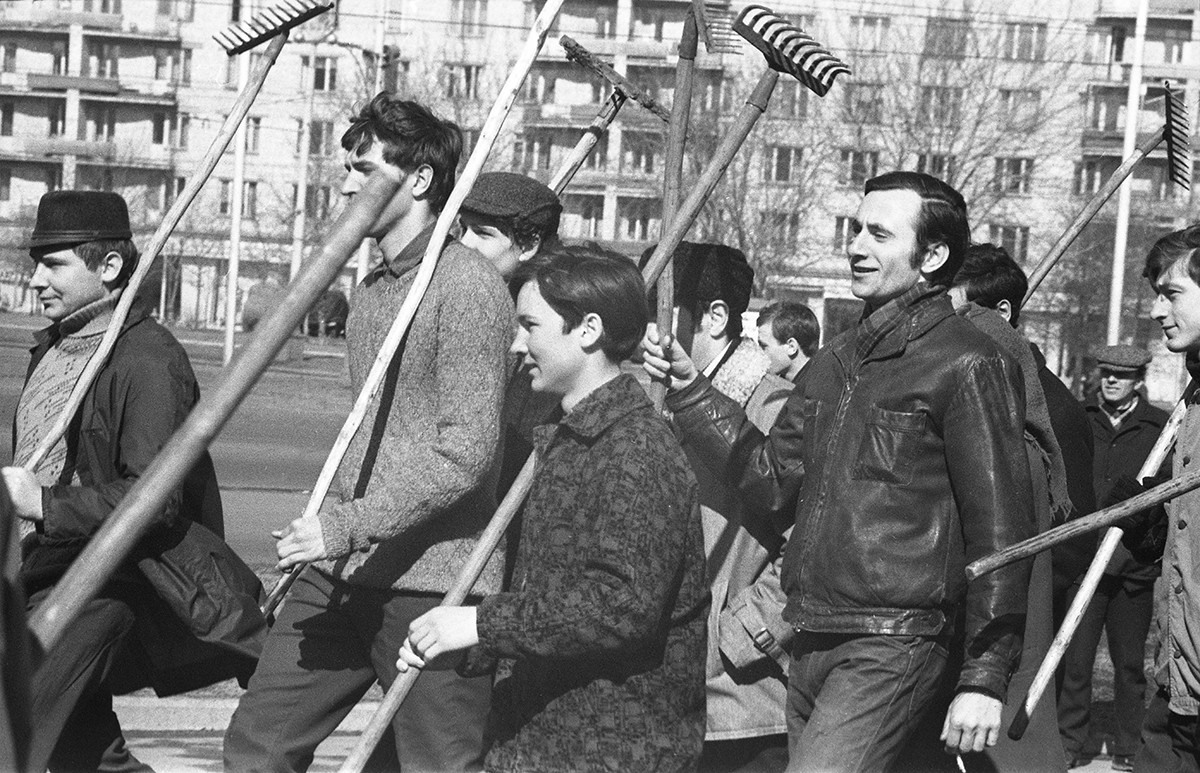 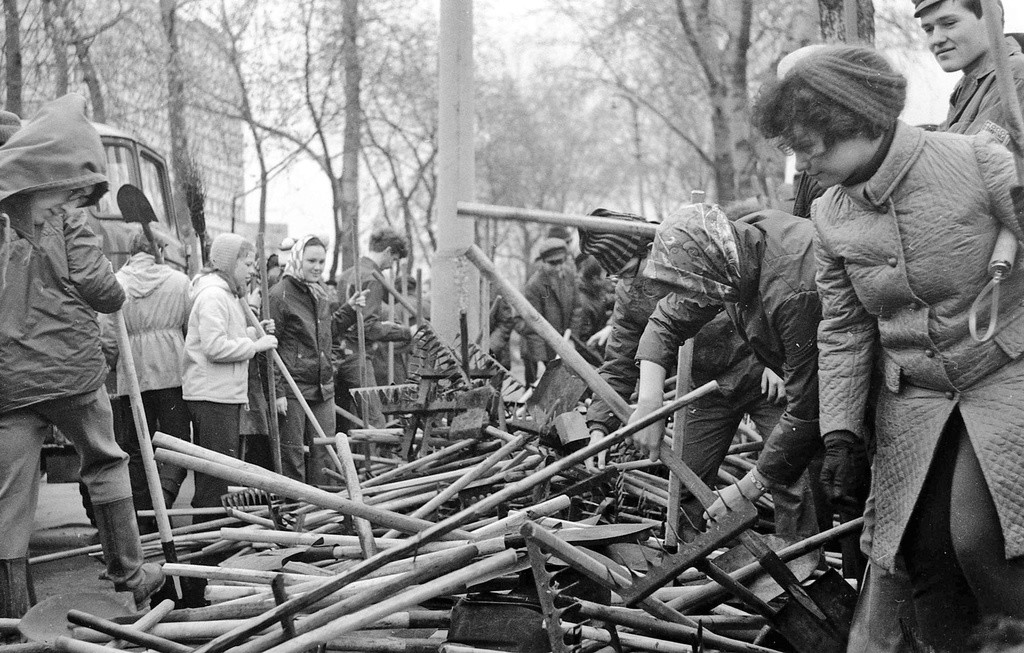 Residents of Soviet Tajikistan at a Leninist communist subbotnik, 1978 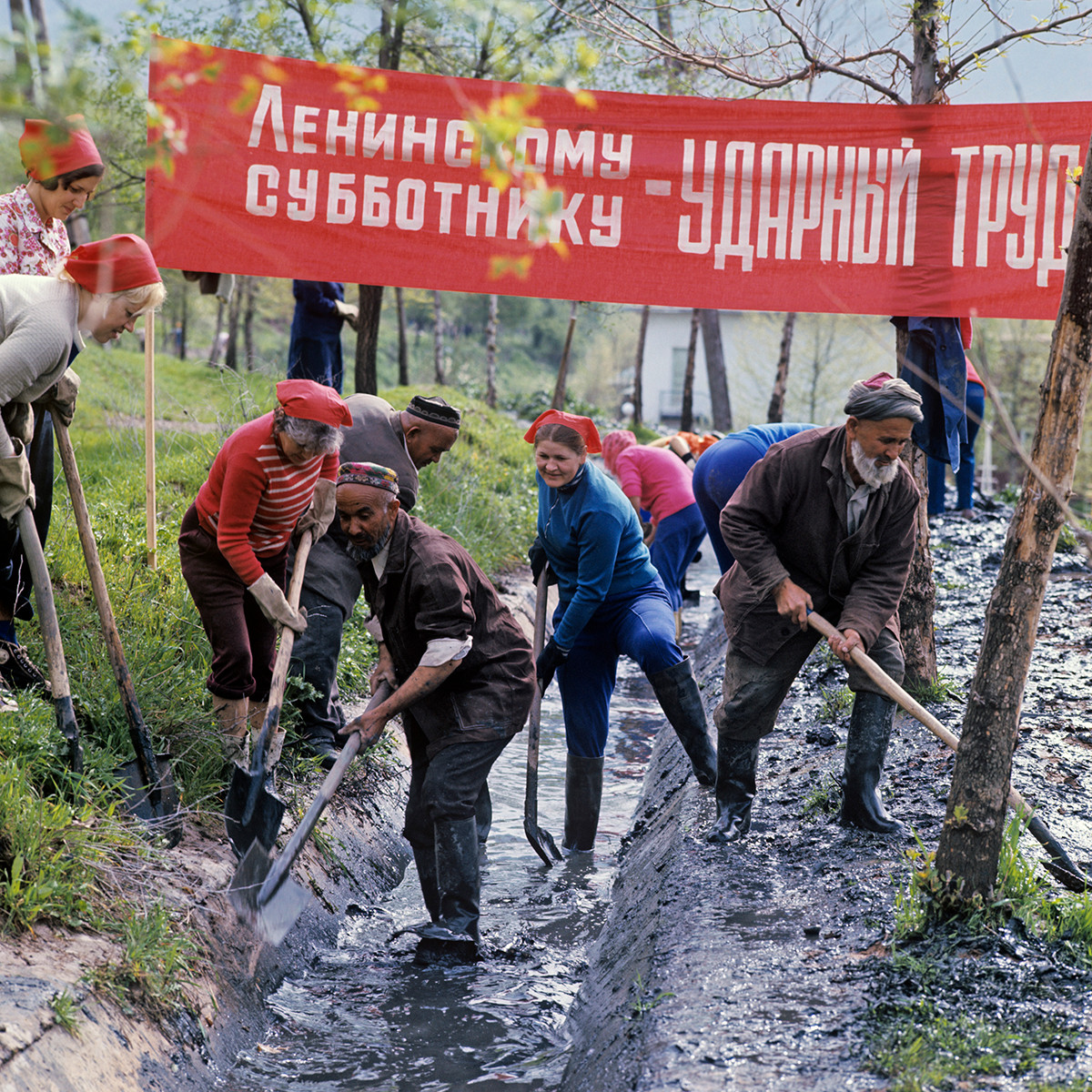 Factory engineers at a subbotnik, 1981 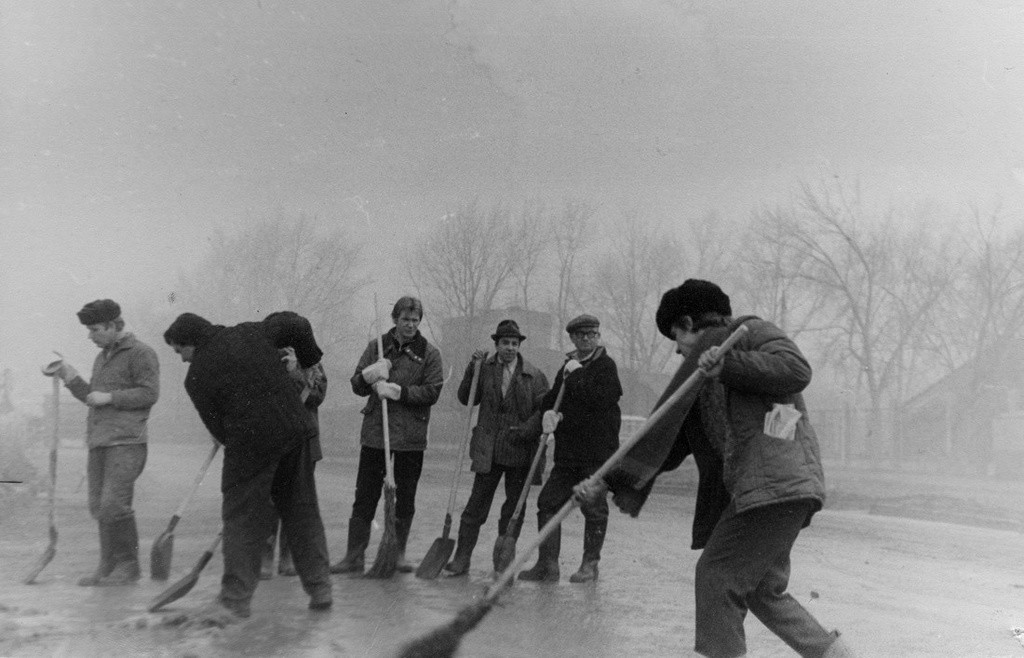 Students of Moscow State University plant trees outside a hostel, 1984 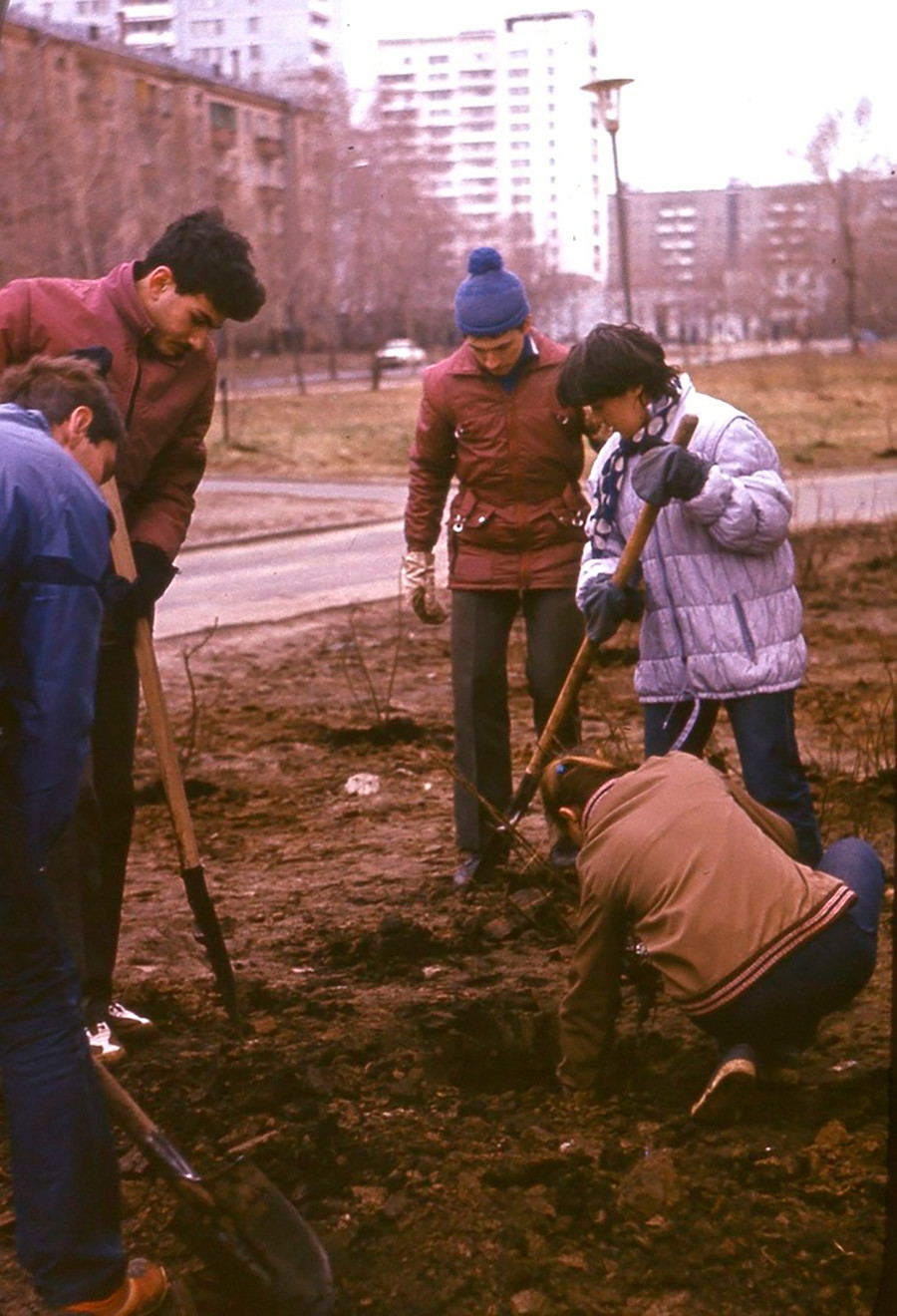