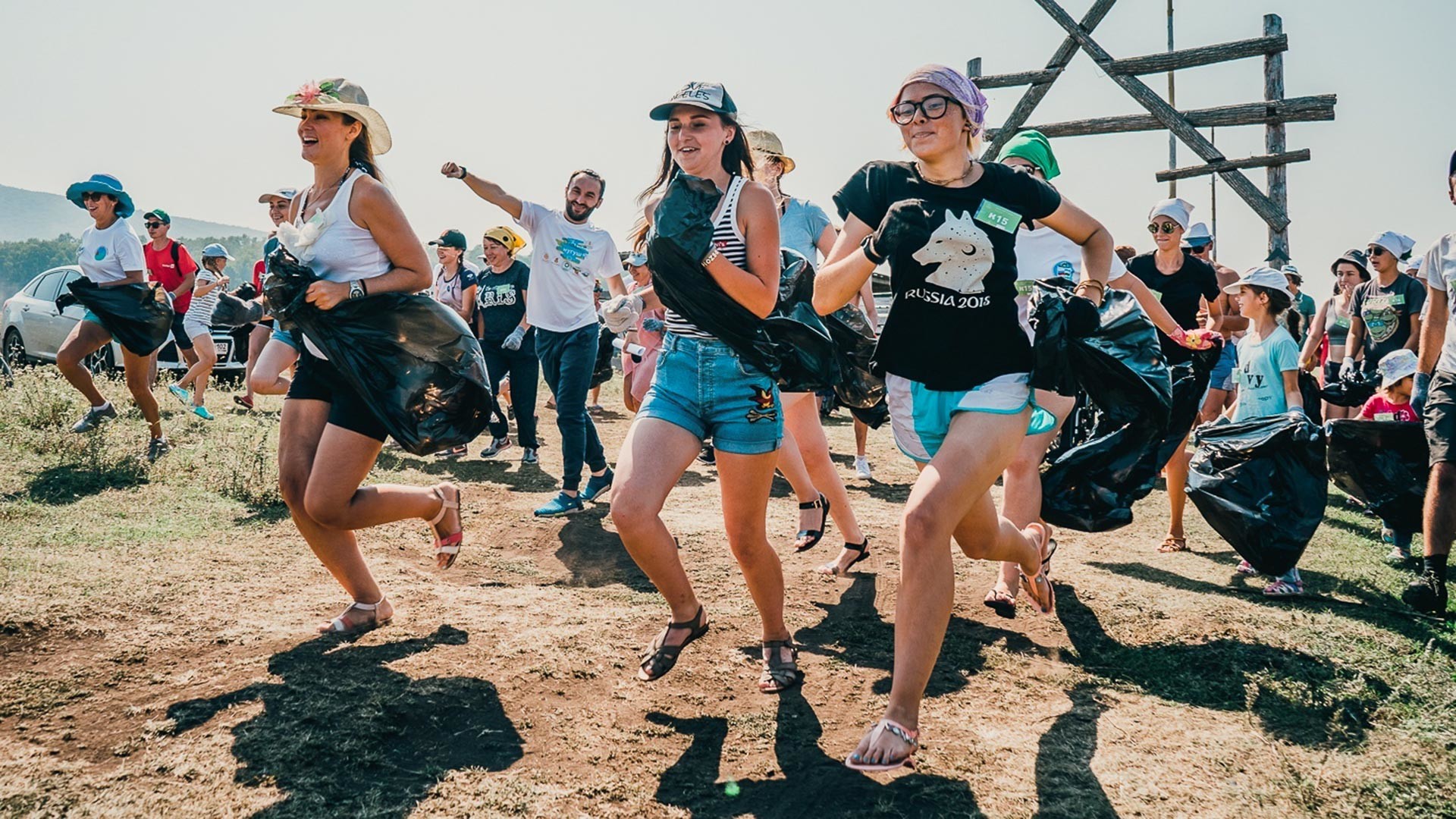 Press Photo
Keeping our planet beautiful and clean needn’t be a tedious chore. One Russian project is using a hefty dose of gamification and appealing to the human desire to win to clean the landscapes of Russia (and further afield!) and raise awareness about environmental protection.

Obtaining a virtual achievement or taking on your friends might just be the necessary push for some people to start caring about the environment. Clean Games is an exciting competition between several teams where participants compete by collecting and sorting waste and win prizes for taking part. During the Game, participants use a mobile app - think Pokemon Go, only with trash! 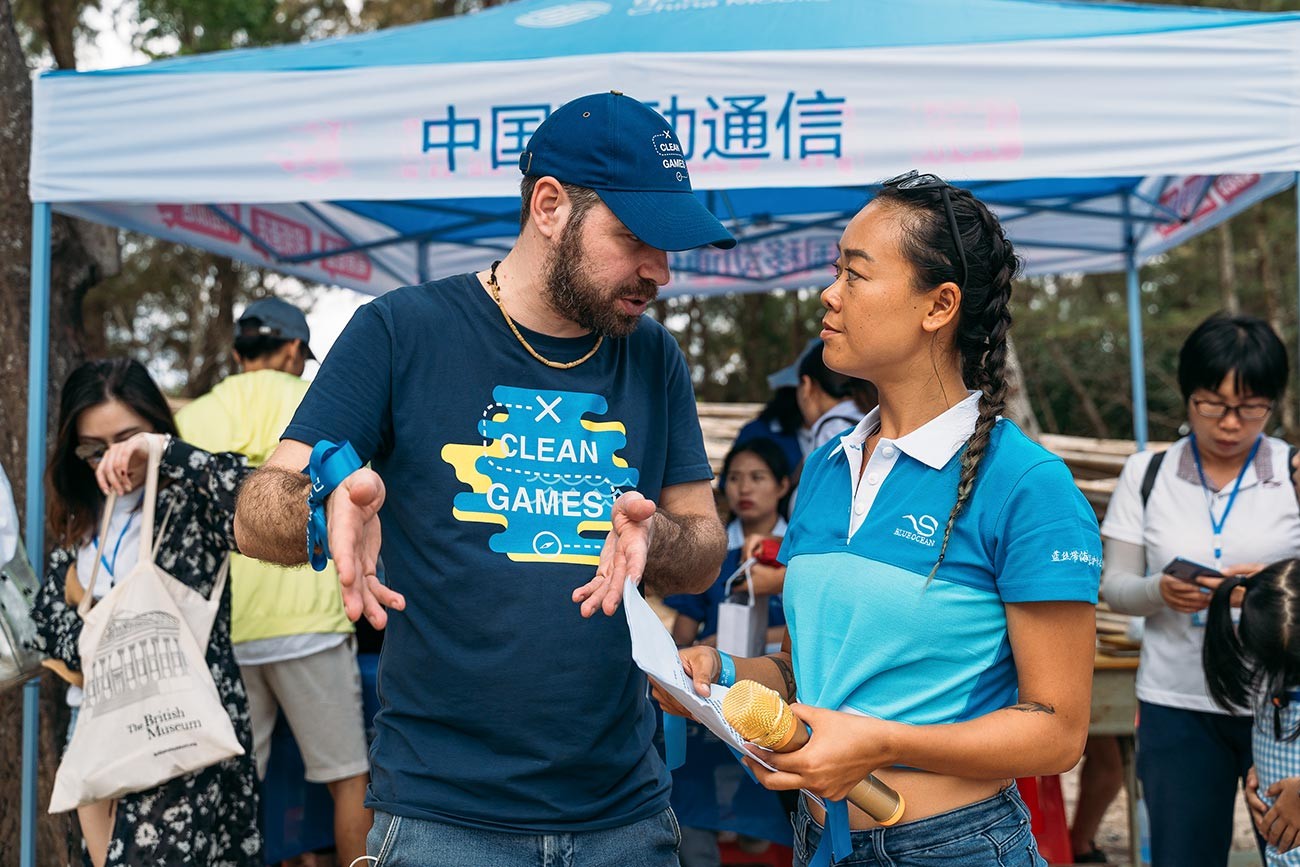 On the day of the Game, participants use a special mobile app that shows them the map of Game’s territory and the locations with the trash that needs to be collected. They then run to those trash points, collect it, give it to the volunteers and get points for it. There is a live online table where you can keep track of the teams’ ratings.

“In its classic format, Clean Games is a fun outing for the entire city, a festival, an exciting game with prizes where participants search for artifacts, solve ecological riddles, collect and separate garbage and get points for it,” Dmitry Ioffe, the Games’ founder, says. 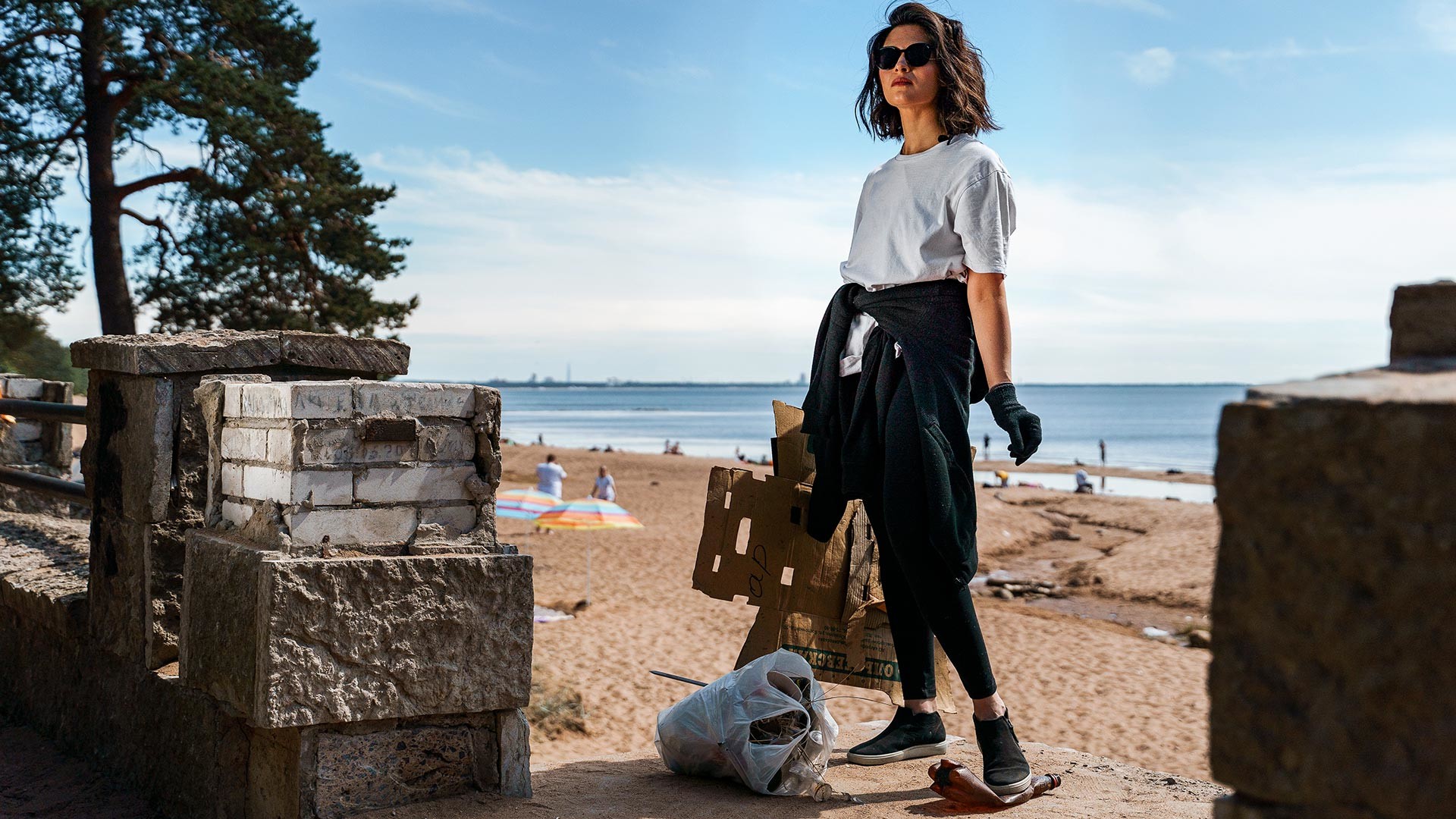 The Clean Games project actually started in 2014. Back then, Dmitry was working in the world of IT startups. He was simultaneously developing live action role-playing games. These took place both in the city and in the great outdoors (mainly in the forests). One day, Dmitry and his friends went on a hike to Lake Vuoksa and found heaps of garbage there. It was then that it became obvious that no one would ever come to clean the islands that dotted this lake and the mountains of trash would just continue to grow. 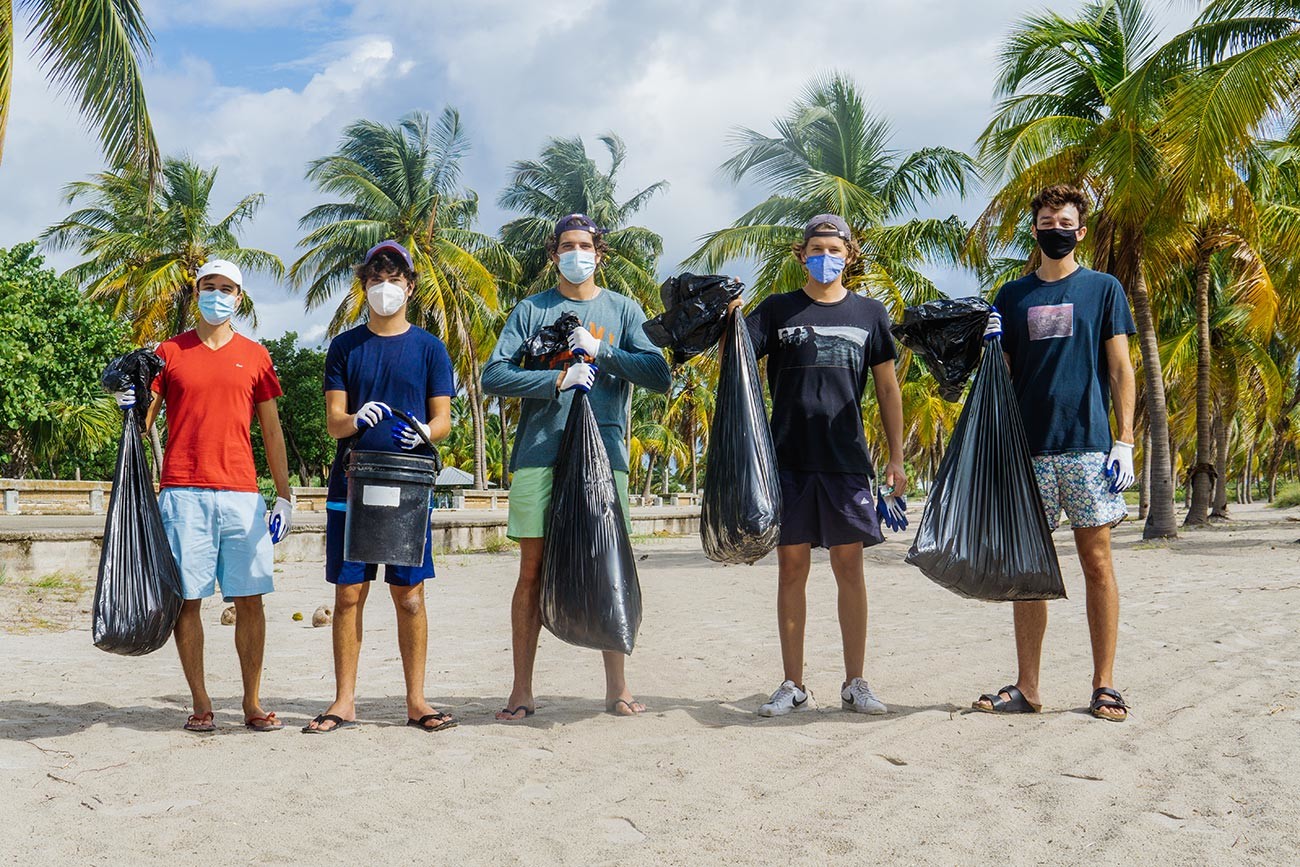 That’s when the eureka moment happened and Dmitry got the idea of creating a role-playing game in which trash would be gold and points and prizes would be awarded for collecting it.

“We wanted cleaning to be perceived as an interesting pastime and that not only people who were already into environmental protection would join us, but also those still quite removed from this topic. Then, we realized that it would be easier to attract people if the game was not role-playing, but similar to a sport, with rules that were clear to everyone,” Dmitry explains.

All Clean Games are free to take part in and can be held in any part of Russia and abroad. One Game takes around 1.5 - 2 hours: The competition itself lasts an hour and, the rest of the time, there is a picnic and award ceremony for the winners. 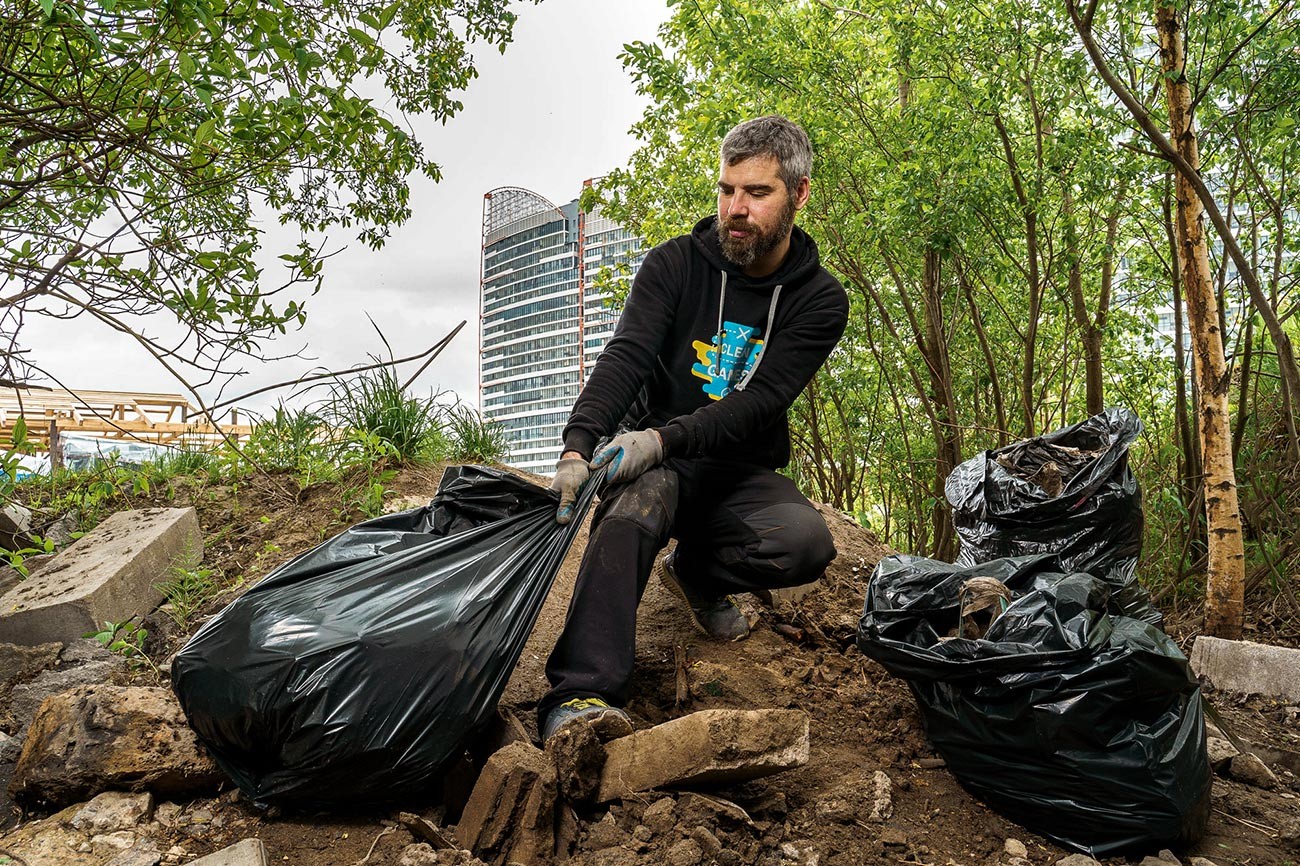 Usually, anywhere between 30 and 1,500 people (!) can participate in any one Game. But this year, Dmitry boasts, the Spring Cup of Cleanliness (April 24-25) had almost 4,000 participants at a Game in Karakulino Region in Udmurtia - that’s some 40% of the area’s total population!

Indeed, the Games see participants of all ages and interests. The gamification element has a huge appeal: it’s something unusual and a way to spend time with family and friends out in the fresh air. The format is very popular among parents, teachers and student clubs. Dmitry and his team see the Clean Games as a way to teach young people about sorting and recycling waste and the basics of conscious consumption in a fun way. Schoolchildren, for example, can consolidate the theoretical knowledge gained in ecology lessons in a practical way. 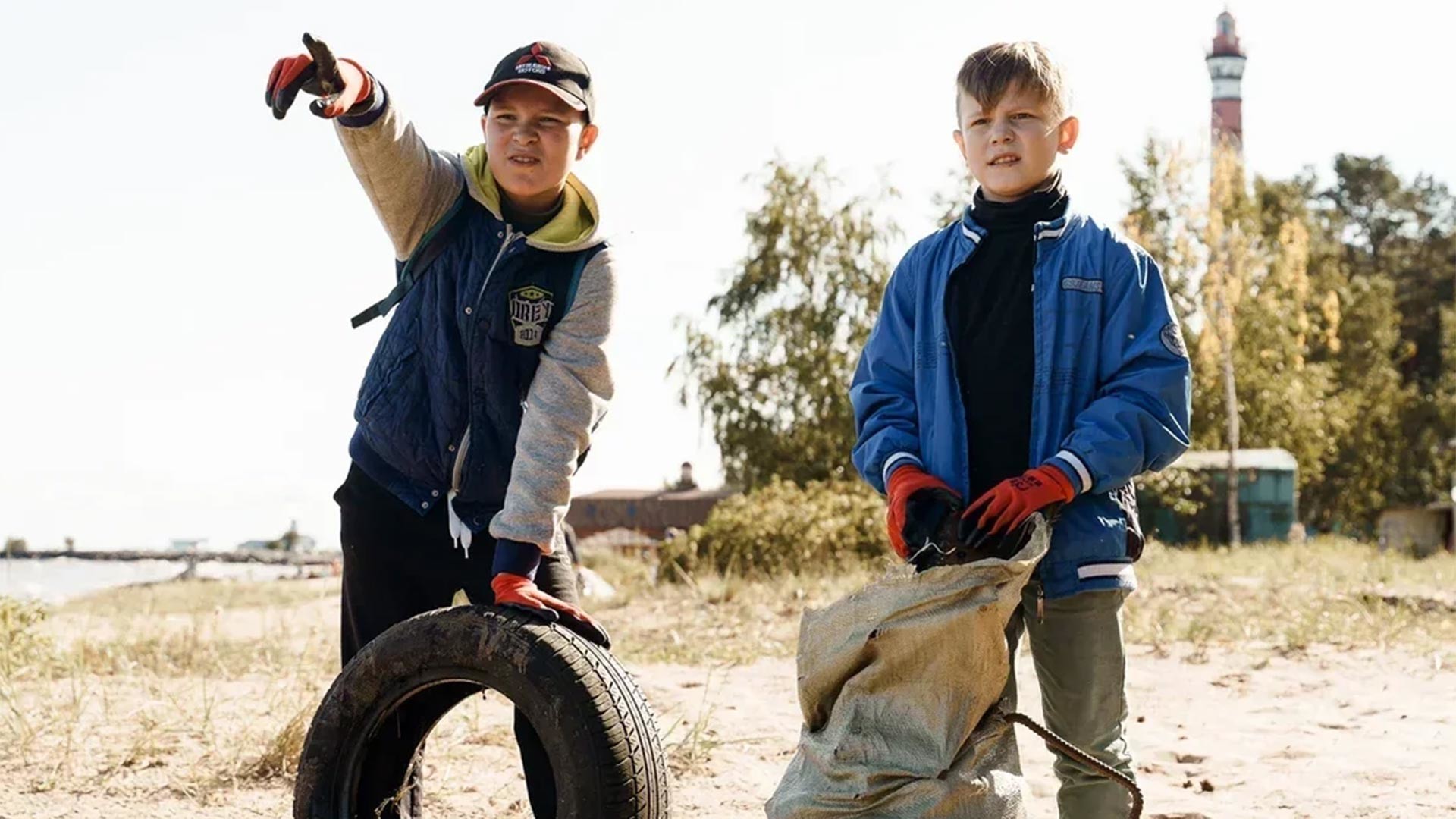 There are now eight people working full time on the project, but the Clean Games are organized and run by 250 to 500 coordinators across many different cities and countries after receiving special training from the main team. The regional coordinators of the Games organize teams of activists and volunteers. So far, the Games have been held in 24 countries on three continents.

What’s in it for the players? 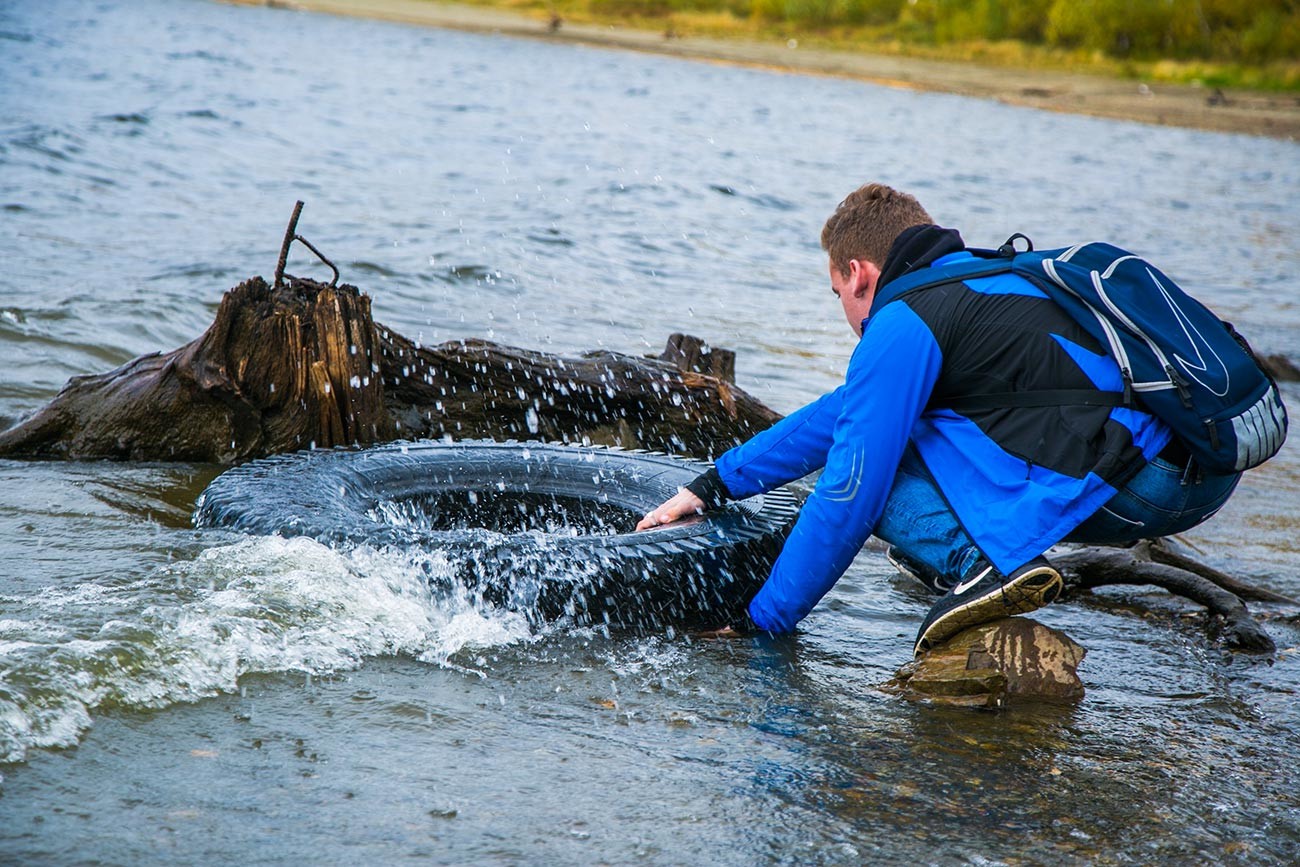 Nikita Rubtsov, a 20-year-old ecology student at the Russian State Pedagogical University named after A.I. Herzen, learned about the Clean Games from his coursemates and immediately decided to take part, because this is something that aligned perfectly with his environmentally conscious lifestyle.

“I liked the concept of Clean Games, because you can use the spirit of competition to get into teams of all ages and help clean up nature and possibly even get a prize for it. That is why I wanted to take part in the Clean Games and contribute to improving the environmental situation in my region,” Nikita recalls.

He’s already taken part in three events and although the levels of excitement were through the roof for Nikita, at one point, when the excitement slowly subsided and there was still a lot of garbage around, he got a terrible feeling of just how indifferent people are to nature and how difficult the seemingly simple act of throwing garbage away is to some.

“And this is just one of the huge number of unauthorized dumps that exist on our planet and because of which animals and plants suffer. However, at the end of the game, it’s nice to see the progress, especially in the before and after photos. There is a feeling of pride and the realization that we are all gathered here for a reason,” Nikita adds. 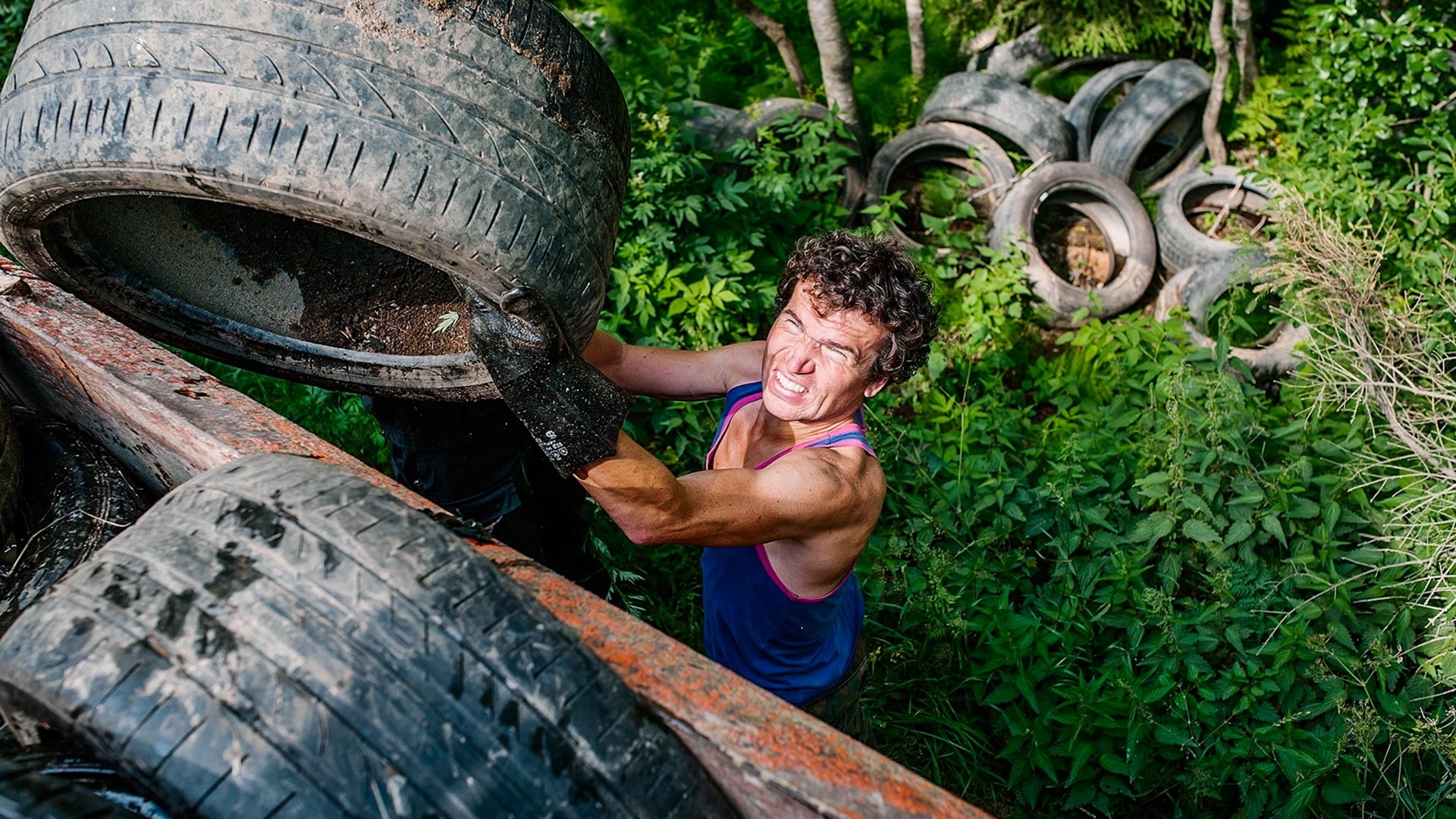 On April 21, 2021, Nikita and his girlfriend Sofia won not only the Game on that day, but the entire Spring Cup of Cleanliness.

The Clean Games are also being held in smaller Russian cities. #GarbageMan, an Internet superhero who goes out on anti-garbage raids twice a week and promotes other useful eco-habits in the town of Kostroma, has also joined the action.

The first classic Clean Games in Kostroma took place at the end of summer 2020. Despite the bad weather, about 50 people took part - something that was very surprising for #GarbageMan. Teams comprised mostly of young people collected a huge amount of waste from a large area in just an hour. #GarbageMan’s whole team was overcome by wild excitement - the rain, slush and mud faded into the background and time flew by unnoticeably. 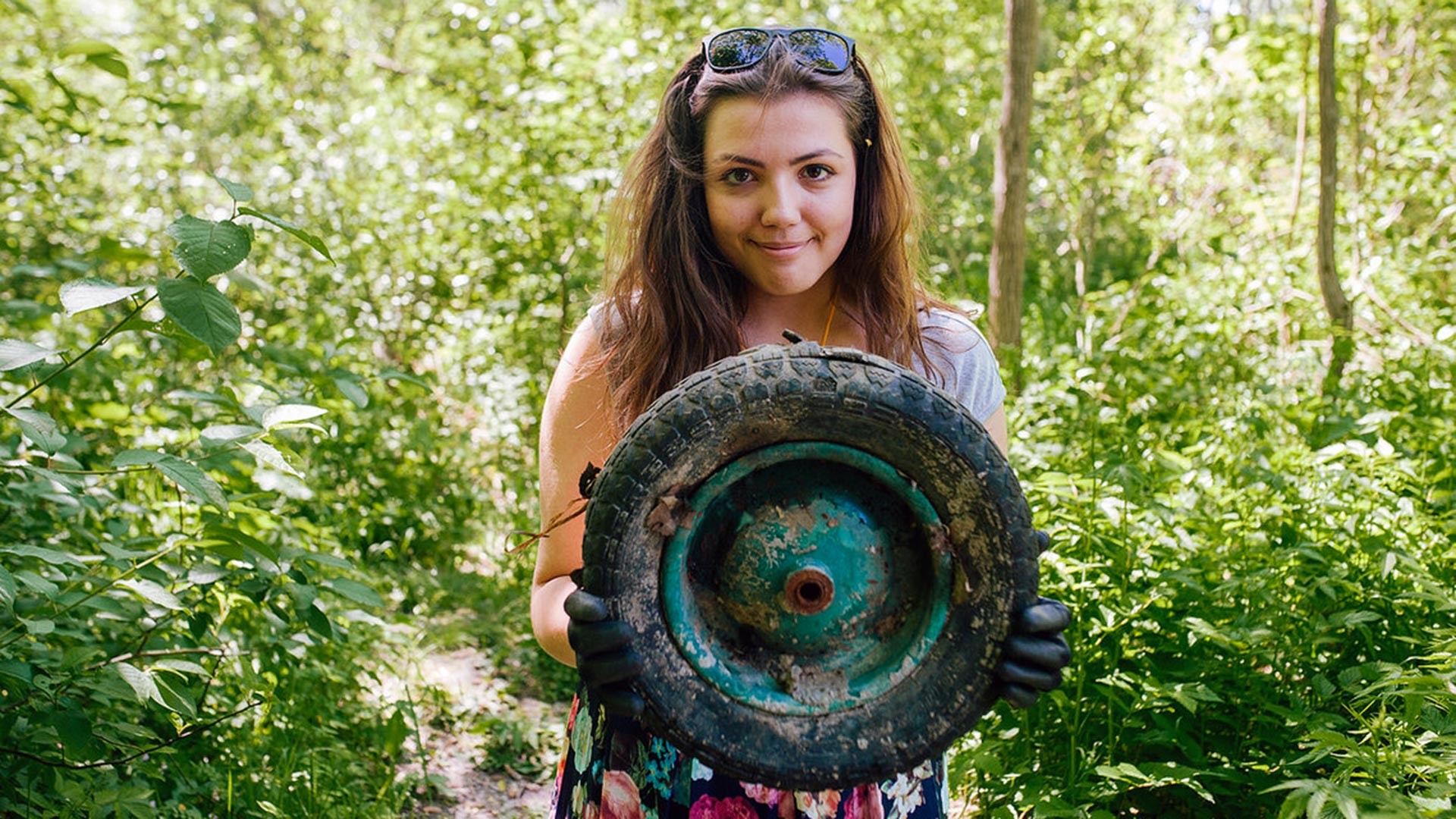 “The most important thing for me about Clean Games is they’re not only aimed at cleaning up trash, but at environmental education. I think this is a very important and effective way to convey to the masses the idea of having a responsible attitude to the environment, the importance of separate waste collection and conscious consumption,” #GarbageMan concludes.

It didn’t take long for the Games’ popularity to spread to other corners of the world. The first Clean Game outside Russia was held in India in 2017. Dmitry and his team met the future organizers of the games in Nigeria and Ukraine at an international conference. In 2018, the Games were also held in Japan and were organized by a girl from St. Petersburg who married a Japanese national. 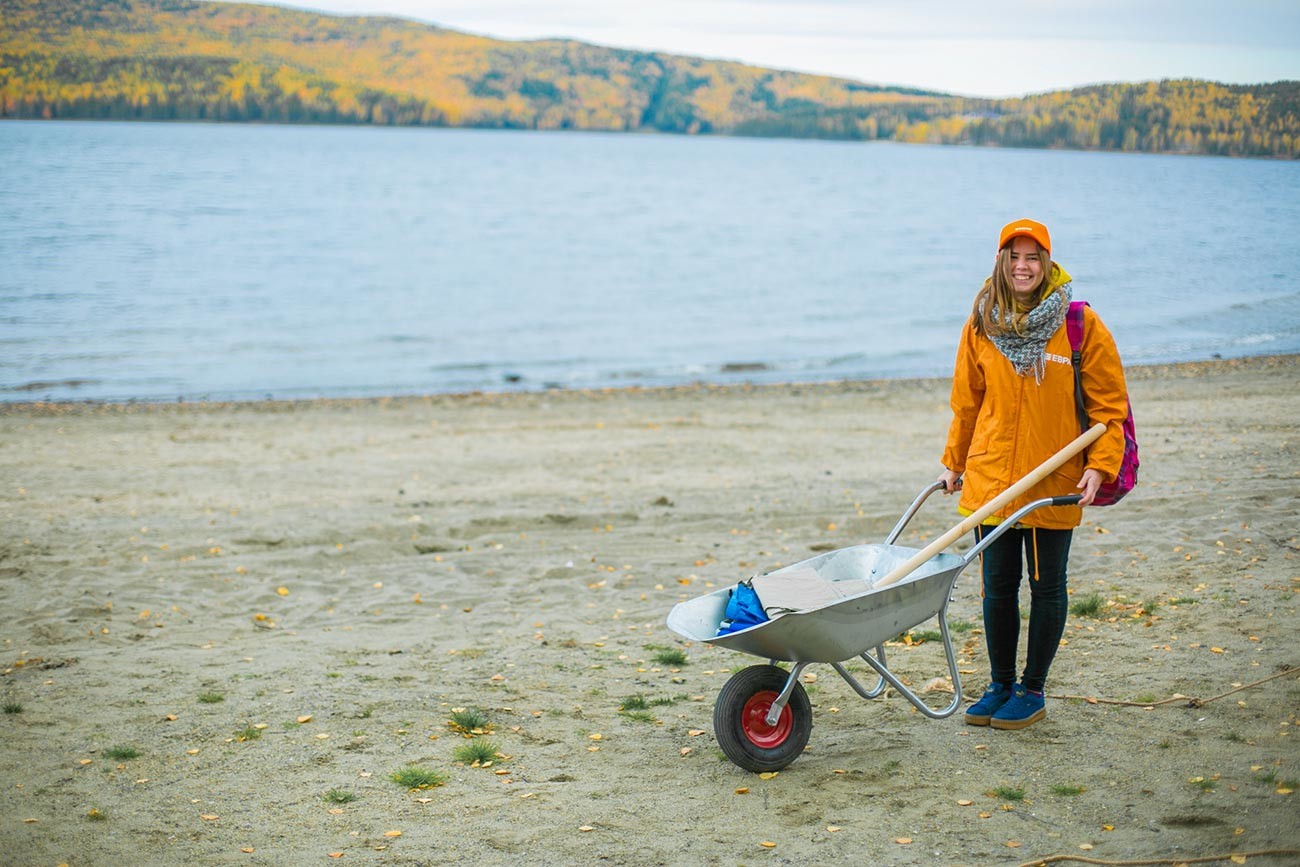 In Denmark, Estonia, Latvia, Lithuania, Poland, Ukraine and Belarus, the Games were held within the framework of the first and second Clean Games Baltic Cups. In 2020, the Russia-U.S. Intercontinental Cup was held as part of the Eurasia Foundation’s Russian-American program ‘Sharing Social Experience and Knowledge’. The Games were simultaneously held in 11 Russian and nine U.S. cities.

“I wanted to take part in organizing the games, because, while I thought it was a unique way to clean up our community, it was also an incredible way to connect with Russia through citizen diplomacy initiatives. I saw it as a fun way to connect our communities for the beautiful goal of cleaning up our planet. Plus, I just loved the opportunity of getting to speak Russian occasionally on the project,” Albert ‘A.J.’ Ulwelling, a second year student studying Global Studies and Russian at Lawrence University who helped with the organization, explains. 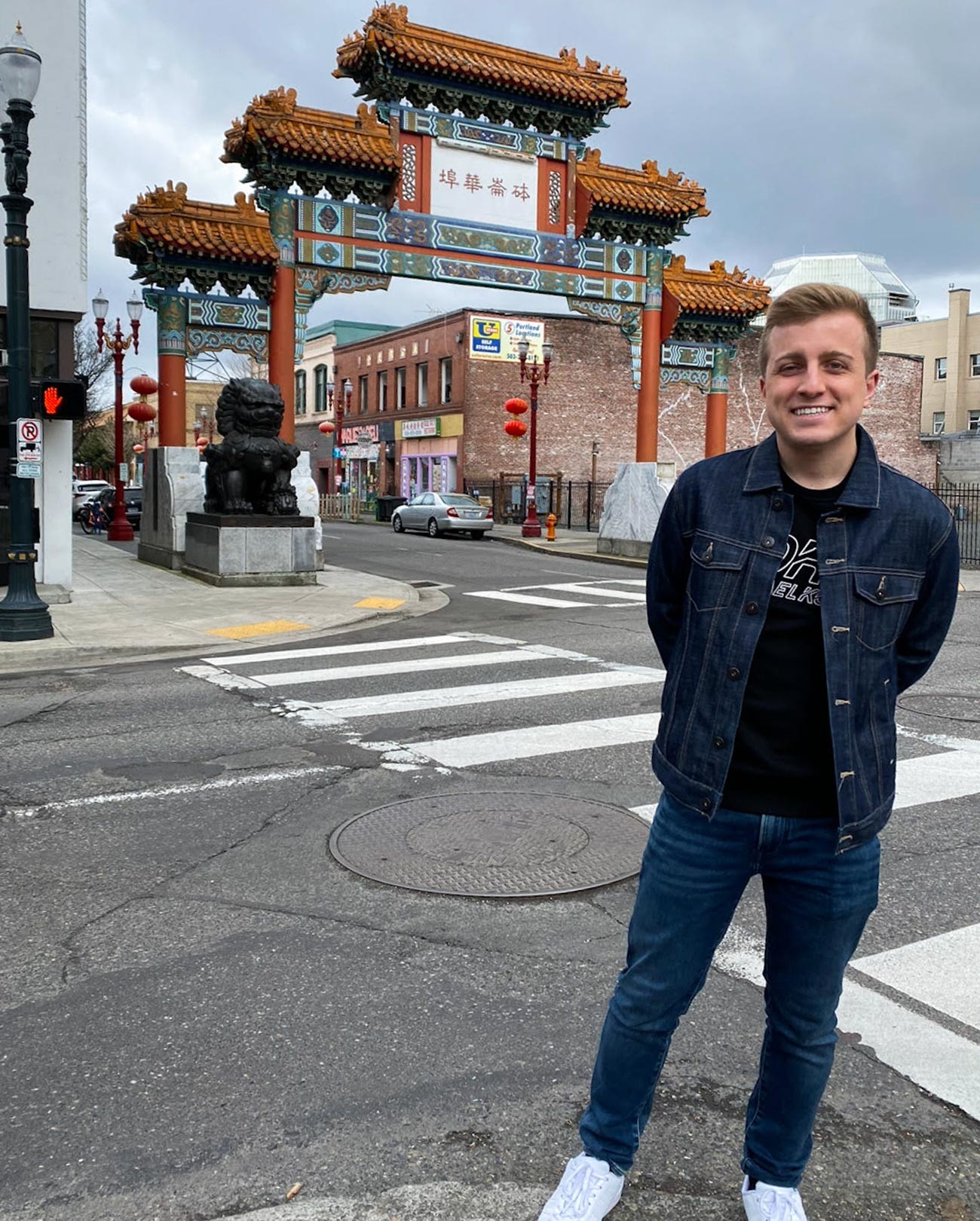 The Clean Games in the U.S. took place at 10 sites across the nation. A.J’s was held in Wisconsin, but there were also sites in Florida, New York, California, Colorado and others. Each site was required to have two organizers and at least 25 participants. Overall, the US Games saw a great turnout across the board, despite COVID-19 restrictions still being a major issue. A.J. believes it was an incredible event that got people outside and involved again with their community while also serving several other not so obvious purposes.

“We helped our communities flourish, cleaned up the earth and found a way to connect with one another at a time when social interaction had been so incredibly limited. These Games help the environment, because they first remove waste and harmful materials from the community and, secondly, raise awareness around keeping our planet safe and clean”, A.J. said. 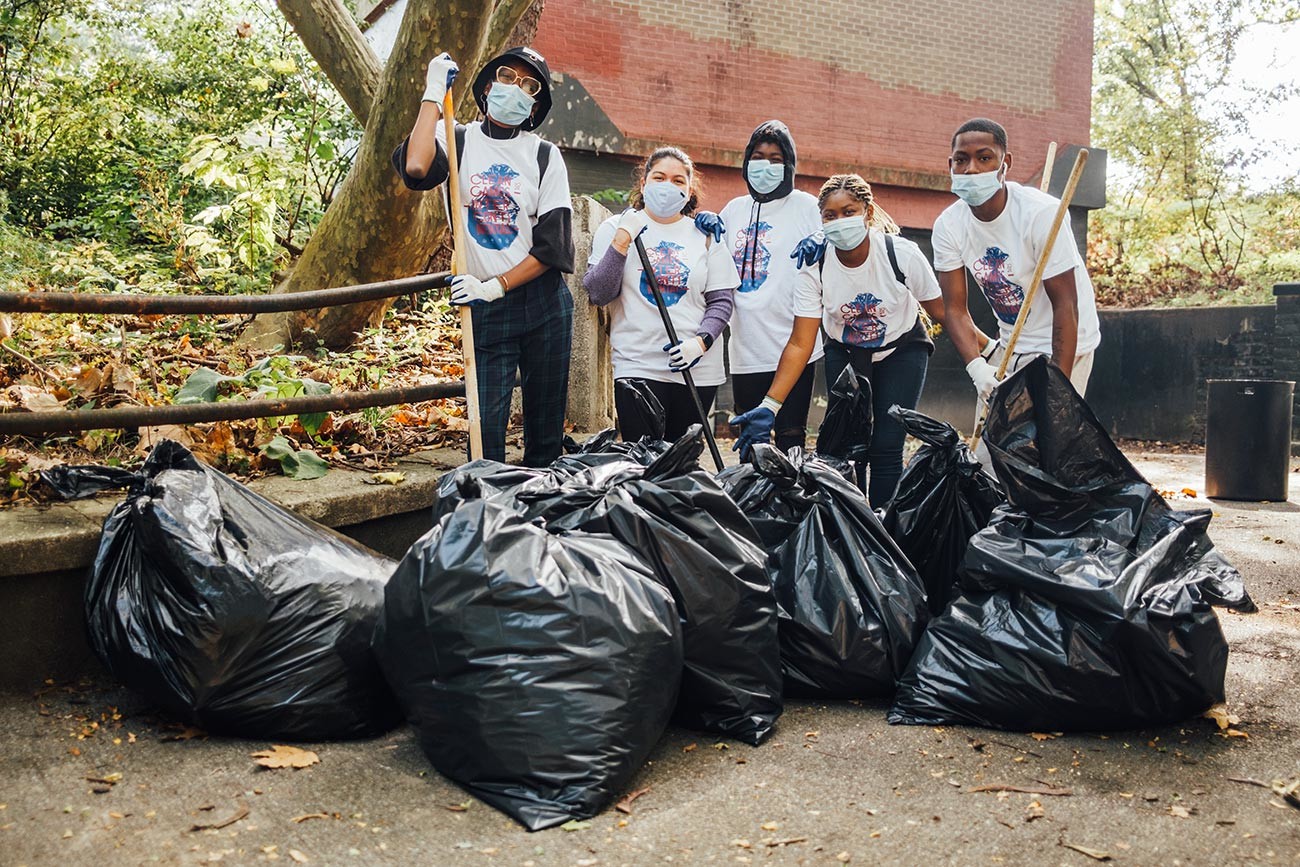 He added that his fellow students also found it incredibly exciting that they were also competing with teams in Russia. “While I may love the Russian language [A.J. spent a summer in Moldova learning the Russian language and culture], to many of my friends, this was a new and exciting way to learn more about Russia! There were no politics or messy government topics, just communities, learning and fun,” A.J. concludes.

Does that sound like something you want to see happen in your country? It’s really simple! Write to the Games’ coordinators, sign a non-commercial agreement (a document that explains the terms of the collaboration) and then the coordinators will support the new organizers and share all necessary information with them. 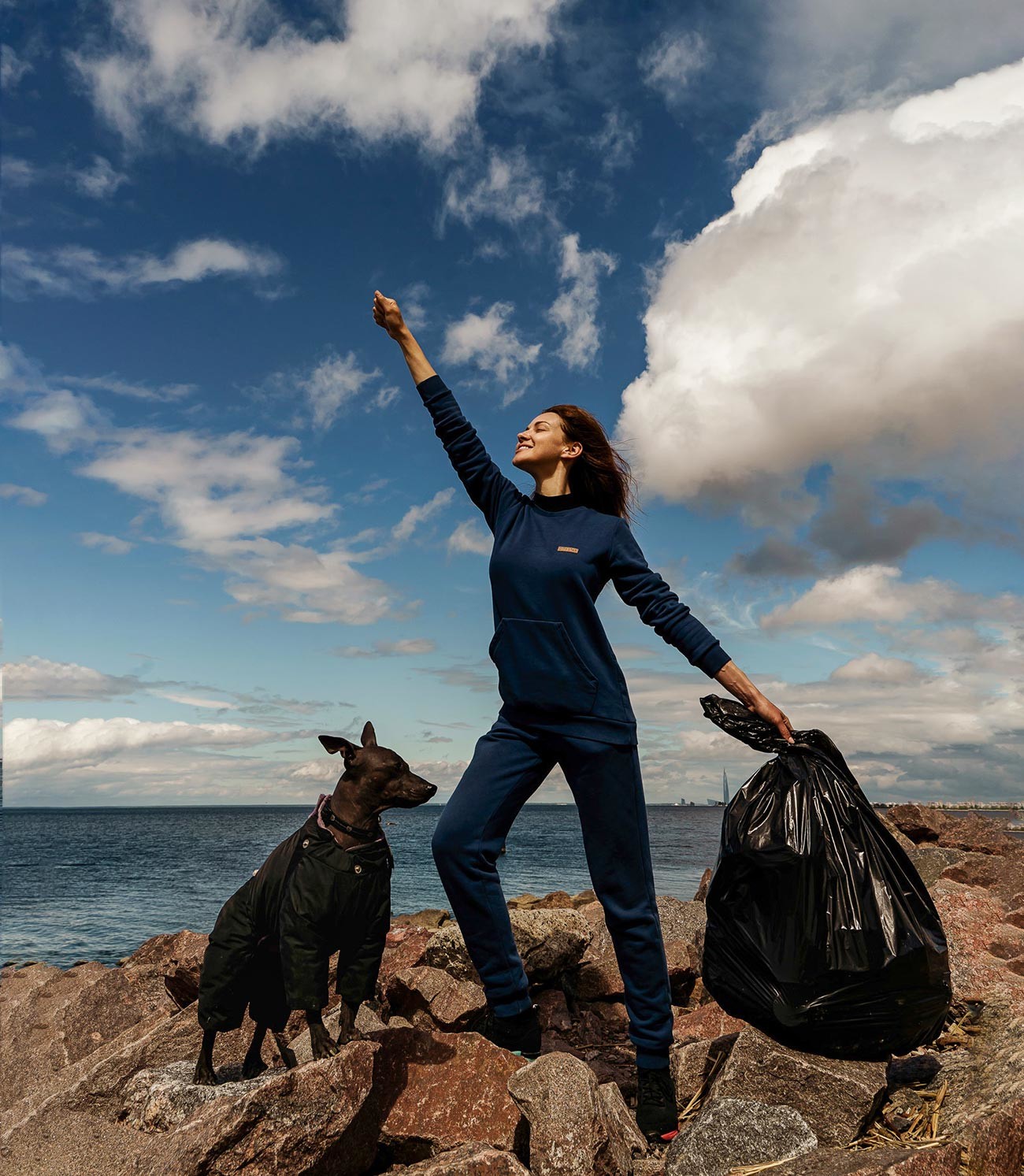 “The most common advice us seasoned organizers give to beginners is not to be afraid. Organizing an event from scratch might seem incredibly difficult and that you can make a million mistakes. But we take a different approach to the process of organizing: we share our experience and best practices and a team of coordinators from all over the world is always there to support beginners,” Dmitry says.

Dmitry and his team are not planning on stopping any time soon, at least not until they’ve held a World Cup of Cleanliness!