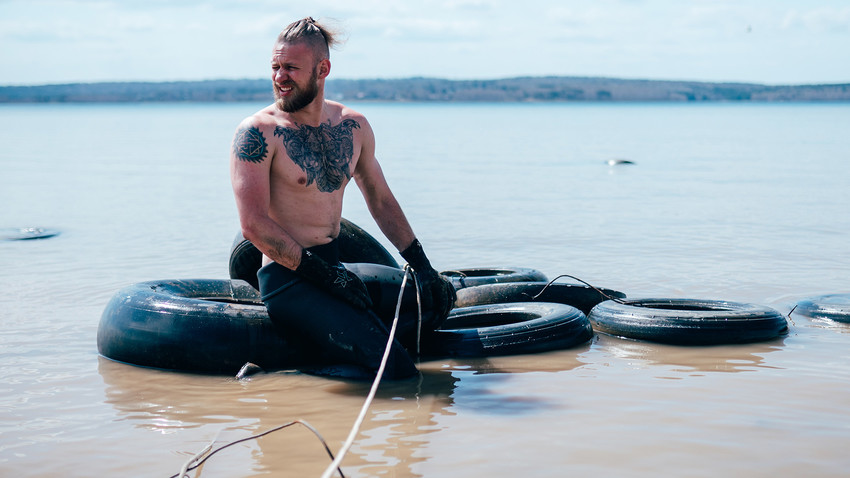 Egor Lesnoy
Not all heroes wear capes. Some of them don nothing but swimming trunks, tattoos and freediving masks to help clean up their beloved lake, despite the extreme and dangerous conditions.

Egor Lesnoy lives in Irkutsk. He originally comes from a small industrial town called Usolye-Sibirskoye (about 70 kilometers from Irkutsk) and works in video production. About four years ago, Egor and his friends, looking for a new thrill, started doing freediving in Lake Baikal. Two years ago, their hobby took on a new purpose: cleaning up their beloved lake from the tons of garbage that, unfortunately, make their way to Baikal’s bed.

“At one point, we came to the realization that we can impact the situation. People were talking a lot of talk at that time, saying that we need to do something about this, that we need to take care of Baikal. We decided to walk the walk. So we packed our stuff, went to the lake and cleaned up our first batch of trash,” recalls Egor. 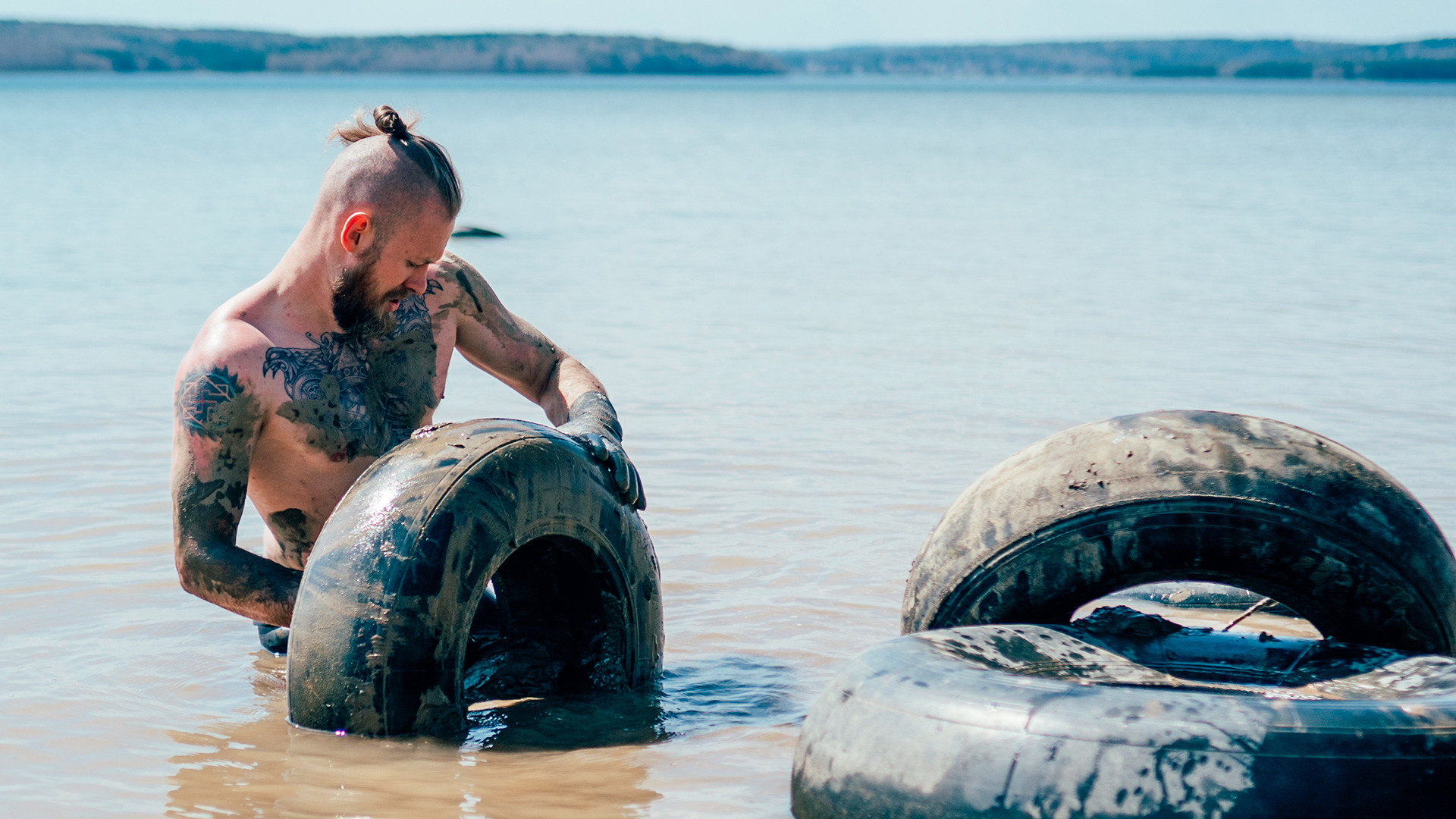 On their first trip they collected 250 kilograms of garbage, then 300 kilograms, then 500 kilograms. As a result, over 3.5 tons were collected last summer. For Egor and his friends, this is the way they show their gratitude to Lake Baikal for all the emotions it gives them during their winter swims and freediving sessions. 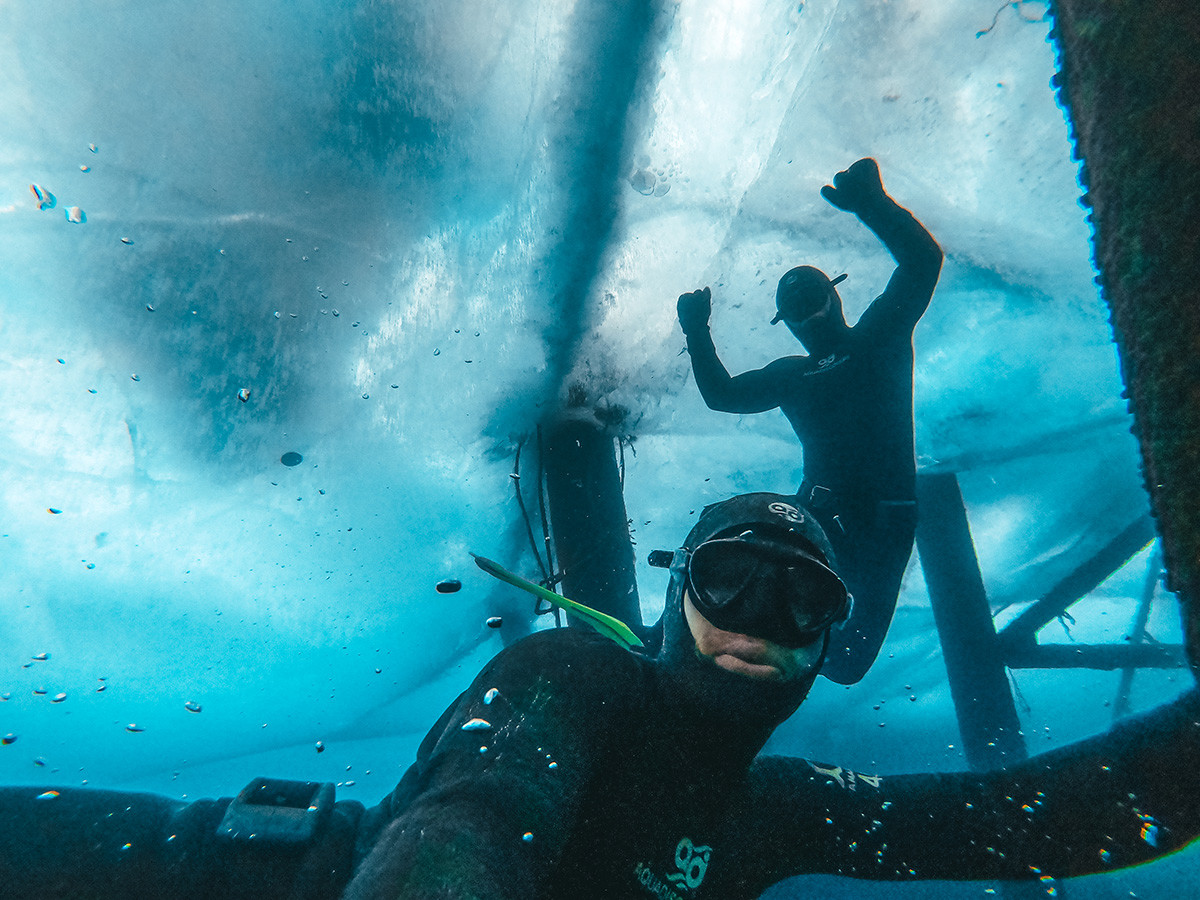 “Two seasons of the project have passed and we’ve seen a colossal result. In terms of our personal clean-ups, about 100 tons of tires were cleared of clay and taken out for processing from the shore of the Irkutsk Reservoir. The Marble Quarry in the village of Buguldeyka was cleaned up and more than 7 tons of garbage were collected. A lot of garbage was collected from the very bottom of Lake Baikal,” Egor adds.

This is extremely hard and dangerous work, because conditions on the lake can be harsh (the guys also do clean-ups in the winter when the lake is frozen!) and working under water requires enormous amounts of energy and strength. During an average clean-up day, Egor and his friends (or just Egor and one friend), get up at the break of dawn, borrow a little pick-up truck or a trailer to attach to his car and set off towards the towns of Listvyanka, Buguldeyka or Galoustnoye. 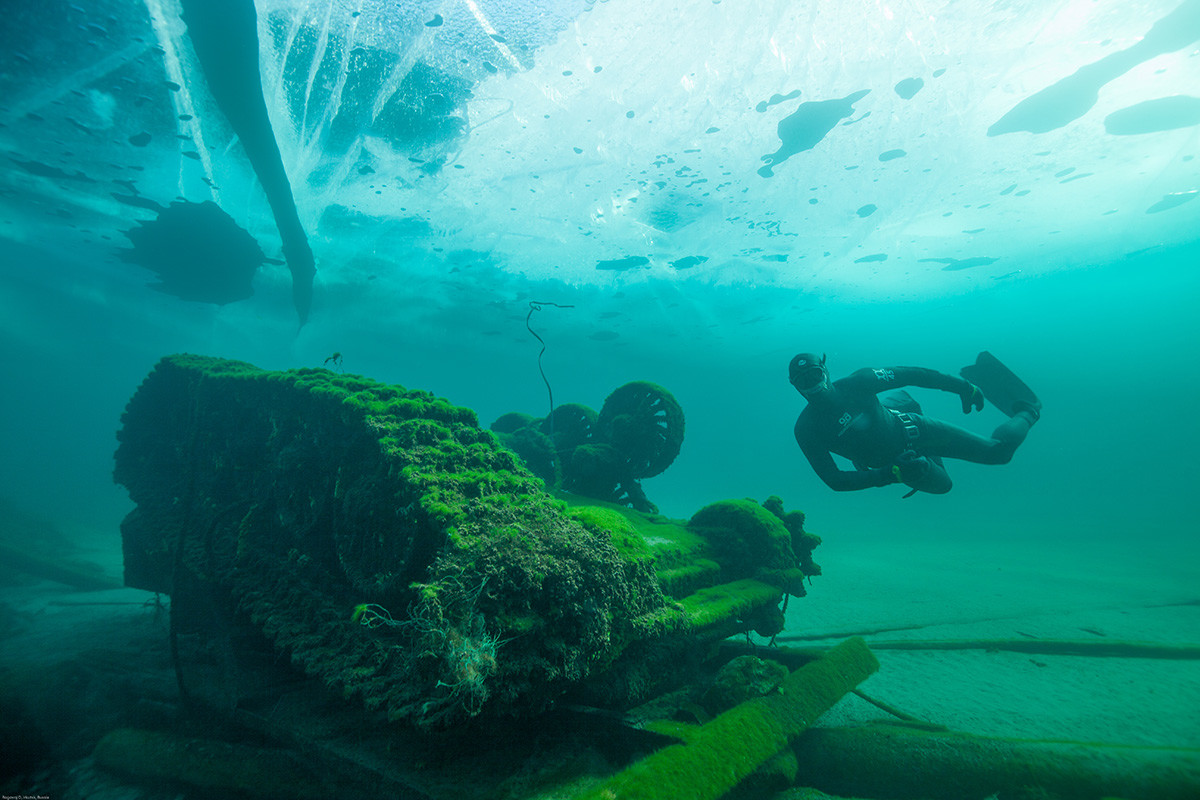 “When we get there, we change into our swimming trunks and get to it. Since we don’t have any special equipment, we dive for as long as our breaths can last. I dive together with someone else, because my partner needs to stay at the surface and keep an eye on me in case something goes wrong. Sometimes, the larger items (such as tires) are buried so deep in the lake bed that it takes a lot of time and effort to dig them out - we don’t use any specialized equipment to help us because, as I already mentioned, we simply don’t have it,” Egor says.

The guys do have an inflatable buoy to which they attach larger items (normally tires) and with the help of a rope they lift them up from the bottom of the lake and tow them towards shore. If there’s more than two of them, the other guys scout the shores and pick up garbage from the land. Then they load all that they’ve collected into the truck and some of it is taken to a recycling point, but some of it, unfortunately, is not fit for recycling so it ends up in the landfill. 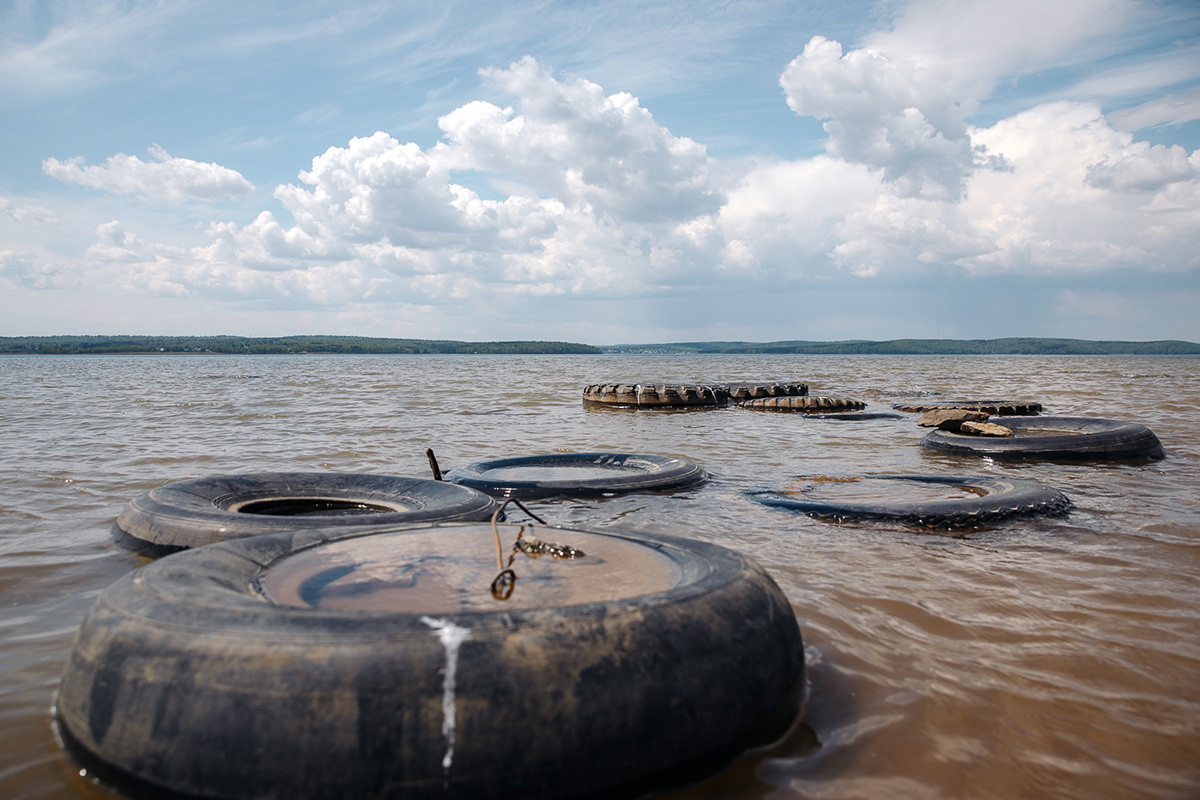 In August 2020, Egor and his friends received training and learned to dive using diving equipment, which has the potential to make them even more effective while diving and cleaning under water. But they do not have their own diving equipment and have to spend money out of their own pockets to rent it. Nor can they afford to buy their own, because the most basic set (even a secondhand one) costs about 200,000 rubles (approx. $2,700). Additionally, they need to train two people from their team to become fifth-category divers (Master Scuba Diver, the highest recreational Scuba diving certification level) so that they can safely and efficiently work underwater. The training, which will last about 3 months, is scheduled to take place at the Voronezh diving school in 2021. To pay for all this, they’ve launched a crowdfunding campaign. 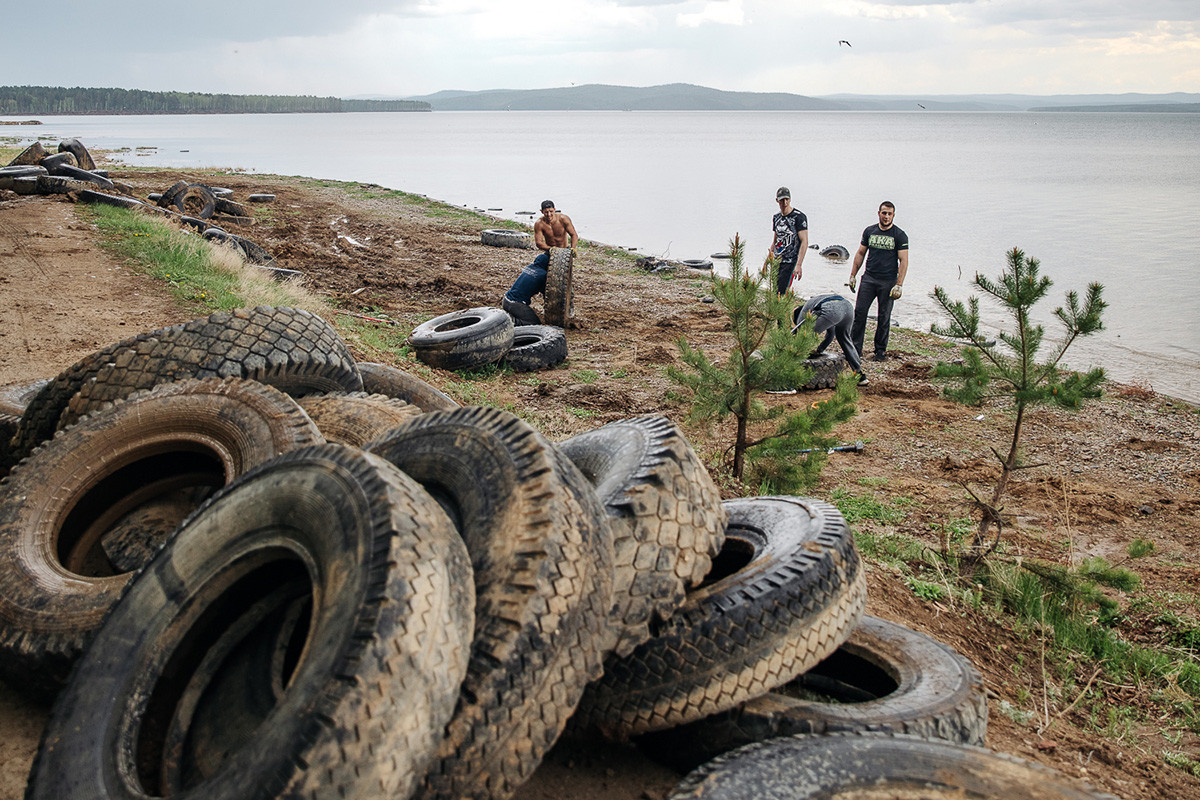 Aside from cleaning up the lake, the guys’ other main goal is to lead by example and inspire their friends and Instagram subscribers to do their part and instill a sense of individual responsibility. To do this, Egor launched the Instagram challenge #СпасайАНеБолтай (“save and don’t just talk”).

“It’s extremely gratifying that thanks to our example, thousands of people are starting to think about how we affect the environment and started doing something about it. This summer alone, about 90 clean-ups were carried out, in all parts of our Motherland - and beyond. According to our modest estimates, this adds up to no less than 10 tons of garbage!” Egor says. 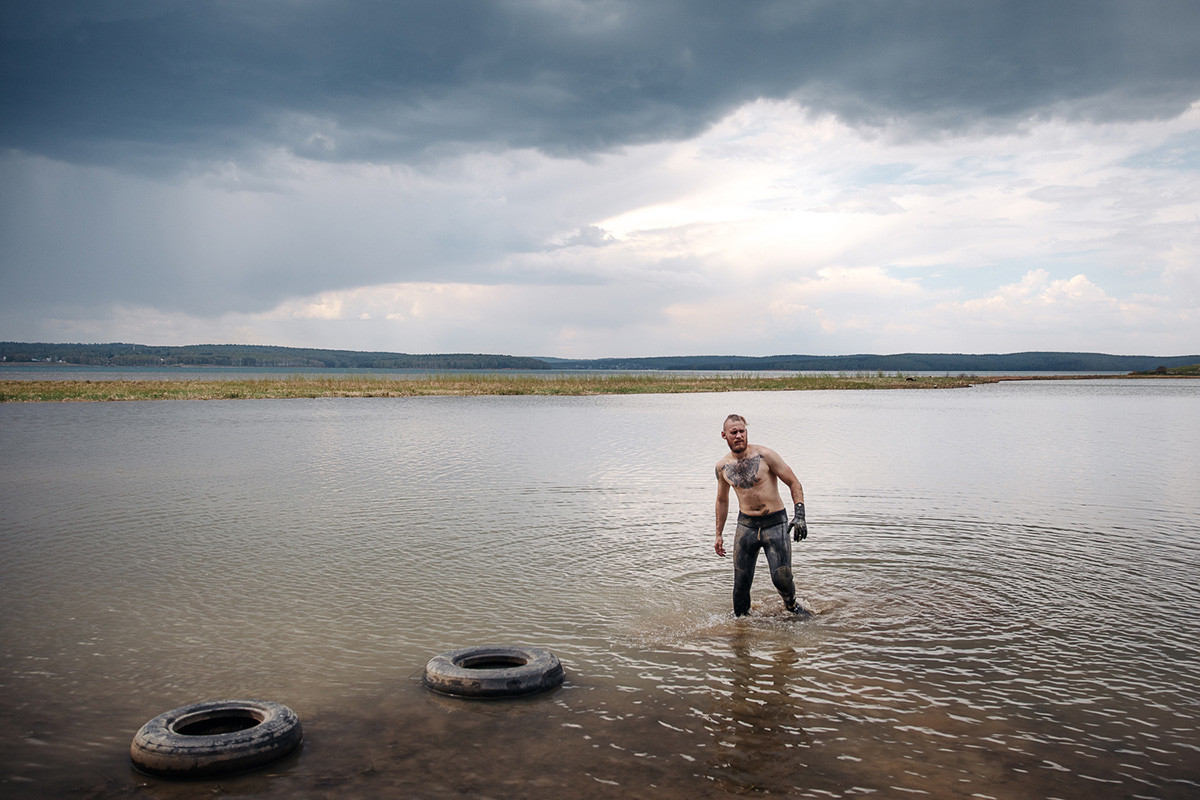 Egor believes that everyone can somehow change this world for the better, for example by not passing by a coffee cup thrown away by someone else, by picking up someone else's garbage or by starting to sort and recycle garbage at home. He is optimistic about the future of his beloved Lake Baikal and about Russians in general changing their relationship with nature.

“People used to have a consumerist attitude towards nature and did not realize that they alone and no one else is responsible for the waste they produce. And they tend to talk a lot more than actually doing something. But this is quickly changing. I can see that people are changing their habits and behaviors, they’re beginning to recycle and taking the initiative to clean up outside without waiting for anyone to organize a clean-up event. Just look at the amount of posts we have with the hashtag  #СпасайАНеБолтай - for me that’s the most important result of our work,” Egor concludes. 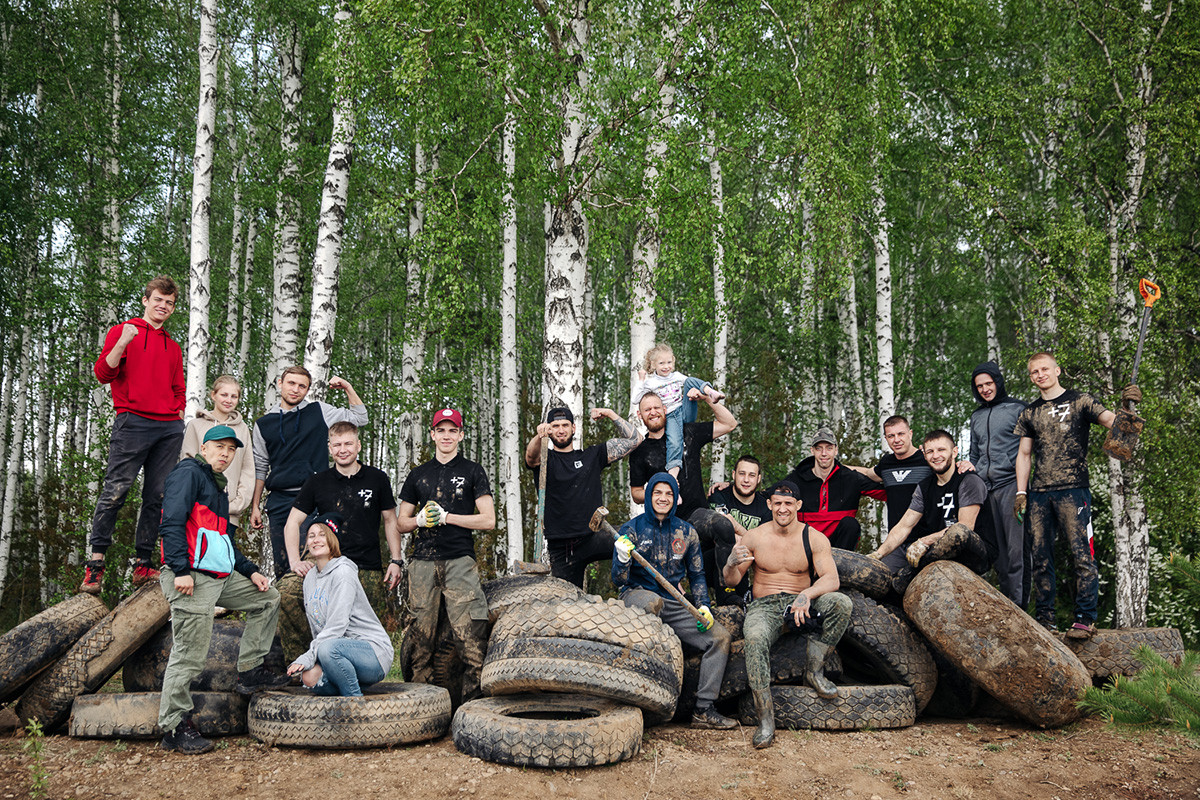 Unfortunately, at the moment, there is no systematic approach to cleaning the lake. Apart from Egor and his friends, professional divers also occasionally show initiative, but that’s about it.