Don't know where to throw away recyclable waste? Call EcoTaxi! 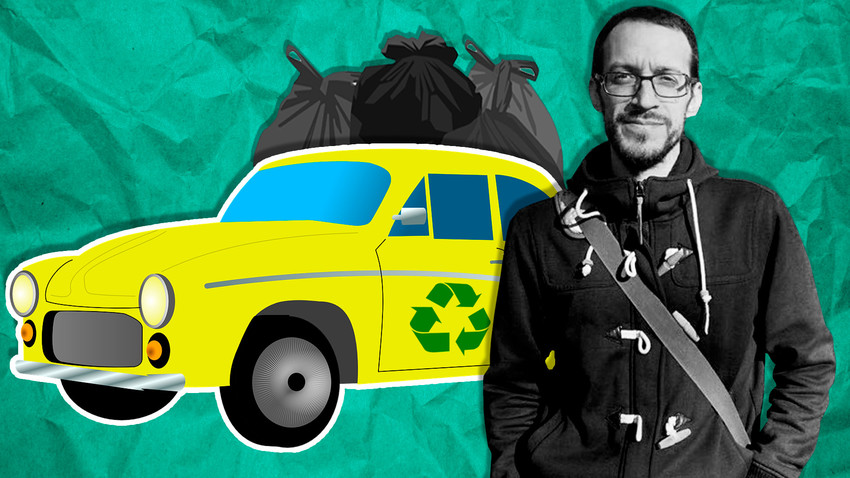 Pixabay, personal archive
Although more and more of St. Petersburg's residents are becoming environmentally aware, not everyone has the time – or information – to sort out their recycling properly. Fear not, EcoTaxi is on hand to help!

The man behind the wheel of the Volkswagen Transporter that takes St. Petersburg residents’ recyclables to the right place is Vsevolod Vasilkioti. Until recently, Vsevolod was just an average guy who worked in an office and didn’t really give much thought to issues like waste management and recycling. All that changed about two years ago following a promise to his mother not to throw everything away into one bin and instead put aside recyclables.

“Not much time passed until I subconsciously started to differentiate between the various types of plastic and learned the nuances between what can be brought in for recycling, where and in what quantities. Very quickly, this became a habit and I couldn’t bring myself to throw out something that could actually be recycled,” Vsevolod explains. 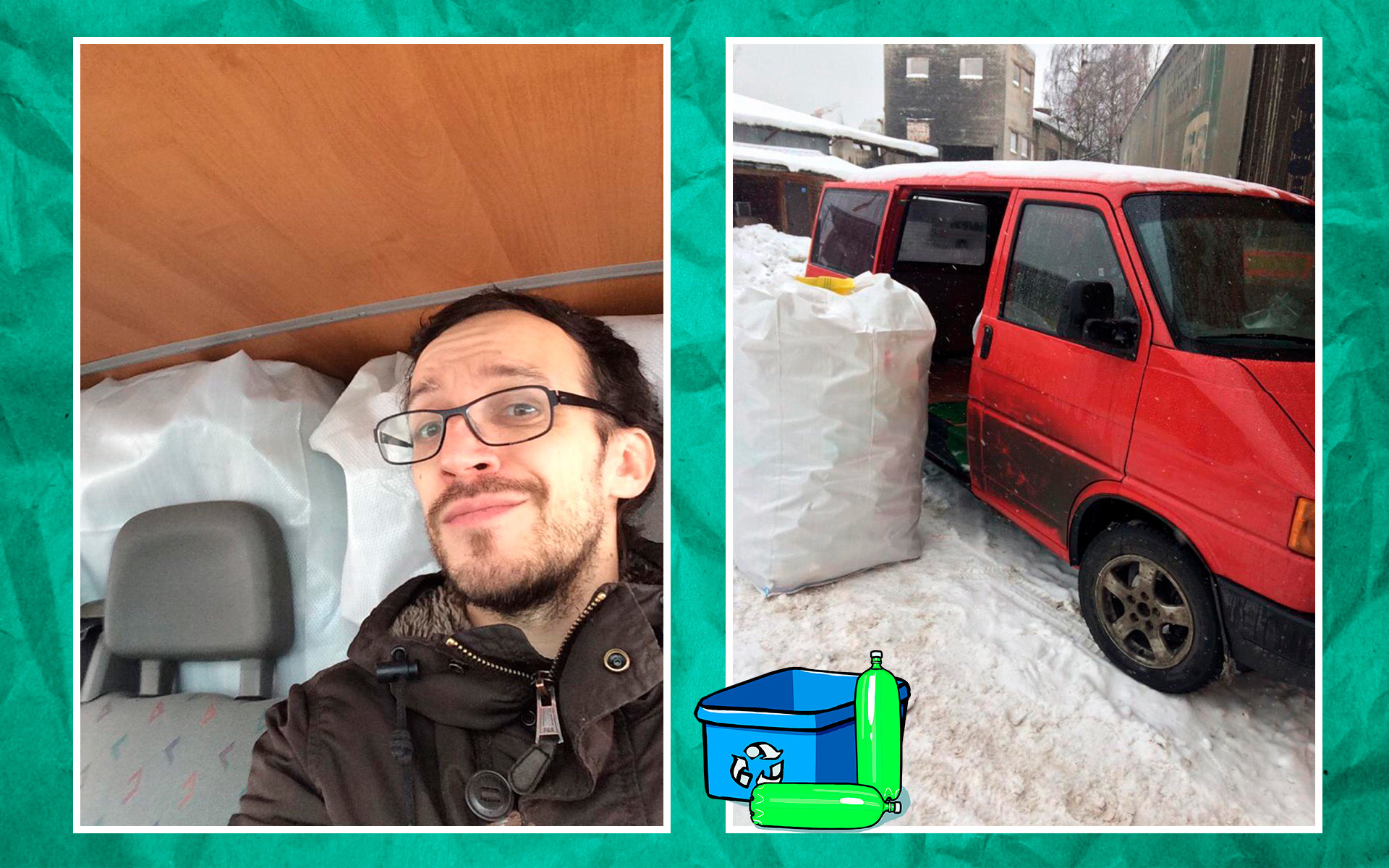 Vsevolod and his family moved to Ozerki (a neighborhood in the north of St. Petersburg) not long ago. Across from his apartment block was an unsanctioned dump, so together with his neighbors, Vsevolod began organizing “subbotniks” (derived from the word Saturday), an event where the neighborhood comes together to clean up the area around their homes.

“Sorting through all the trash and separating recyclables from non-recyclables, I understood that the key statistic about environmental pollution is right in front of us – on the streets. And that’s how my attitude towards recycling changed from ambivalence to me launching an ecological business!”

The idea for an “eco-taxi” first dawned upon Vsevolod after he saw one eco-conscious young lady from another part of St. Petersburg posting a screenshot of her route to the nearest recycling point and offering people to pick up their recycling on the way for a symbolic fee of 100 rubles ($1.65).

“And that’s when I thought, ‘hey, why not do something like that here in the northern suburbs?’. After a few trial runs and coming up with a payment scheme that seemed to work, I quit my job, even though I was scared of leaving into ‘nowhere’! In my office job I had a stable salary of 50,000 rubles ($900) per month. But this business was a big unknown and a risky move because I have a wife and kids. My wife Anastasia, however, fully supported my decision and in July 2018, we launched our Vkontakte social media group.”

Anastasia helped out with writing content for the page. Soon the amount of followers began to grow and support began pouring in in the form of reposts and subscriptions. Already in August 2018, a big news channel got wind of the project and came to film a report about St. Petersburg’s first EcoTaxi!

Recycling is not a magic wand 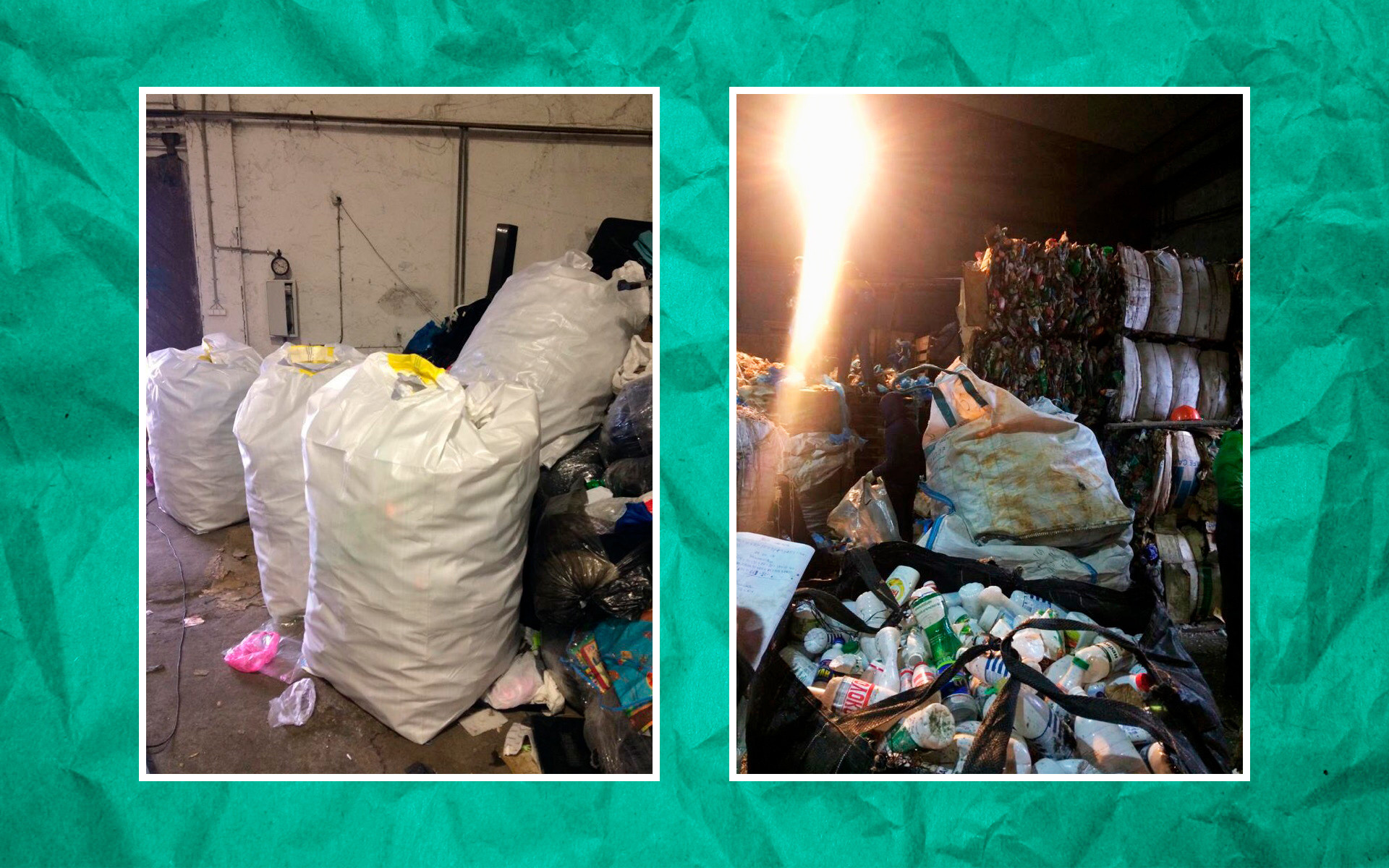 Vsevolod works three days per week. He manages to reach at least 12 different people in his trusty Volkswagen Transporter and this takes, on average, 10 to 12 hours. He then takes their recycling to one of three trusted recycling points in the northern parts of St. Petersburg. Vsevolod charges 400 rubles ($6.1) for three medium-sized shopping bags and every bag after that will set you back an extra 50 rubles ($0.9). The profits are not great but Vsevolod and Anastasia have prepared themselves for the long road ahead.

“Maybe in the future I’ll start working everyday if there is demand for it. But at the moment we’re more focused on developing and growing EcoTaxi by investing in advertising and educational activities, as well as finding recycling points for rare types of recyclables and partnering with other ecological initiatives. We started working with the charity store Spasibo, which deals with clothes collection.”

Although Vsevolod sees his work as an important part of combatting the problem of pollution in his hometown, he tries to explain to his fellow citizens that they cannot rely solely on EcoTaxi to solve all the issues.

“What everyone must understand is that recycling is not a magic wand to fix our environmental problems. We must learn to reuse the things we buy and to consume consciously. For example, don’t buy 10 sweaters and then keep eight of them lying in the closet without having been worn. Everyone has to do their part. And yes, it’s a slow and long process, but it’s still better than doing nothing and waiting for the government or someone else to do it for you. So if you want to really change the ecological situation, start by changing your perception: stop thinking of waste as trash. I, for one, have completely rid my vocabulary of the word ‘trash’.” 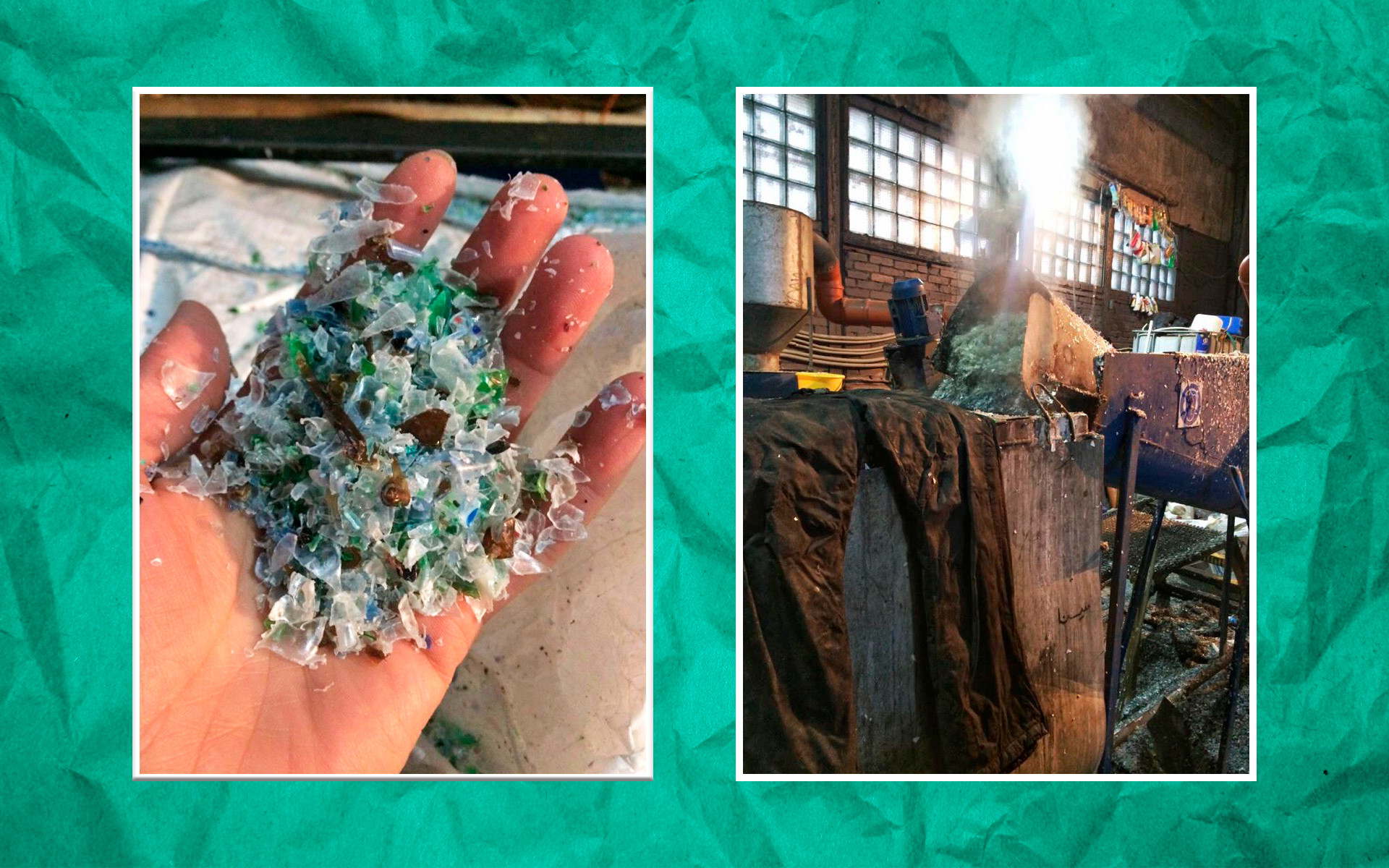 Vsevolod also warns against trying to dive right into the deep end of recycling and trying to know everything about the different types of plastic straight away.

“Start with small things: separate obvious things like glass, paper and plastic bottles. Then find your nearest recycling point on recyclemap.ru and, of course, buy reusable shopping bags for your trips to the grocery store. If you’re a coffee lover, get a reusable coffee cup or a thermos and go to one of the coffee shops on mycupplease.ru, where the baristas will be happy to pour the coffee into your own cup. And, of course, beware of brands’ ‘green-washing’ tactics; check the Eco Label Guide to ascertain that whatever you’re about to buy in the grocery store is actually an organic bio-product!”

Vsevolod is optimistic that his fellow St. Petersburgers are slowly but surely beginning to move in a more environmentally-friendly direction. Deeds that show that people are not indifferent are becoming more common and children are there to witness them. This act of witnessing for Vsevolod is key because he firmly believes that if good habits are instilled in children from a young age, when they grow up recycling will just be second nature. Changing adults’ attitudes, however, is the challenge that Vsevolod, Anastasia and other environmental warriors are really keen to ‘recycle’!