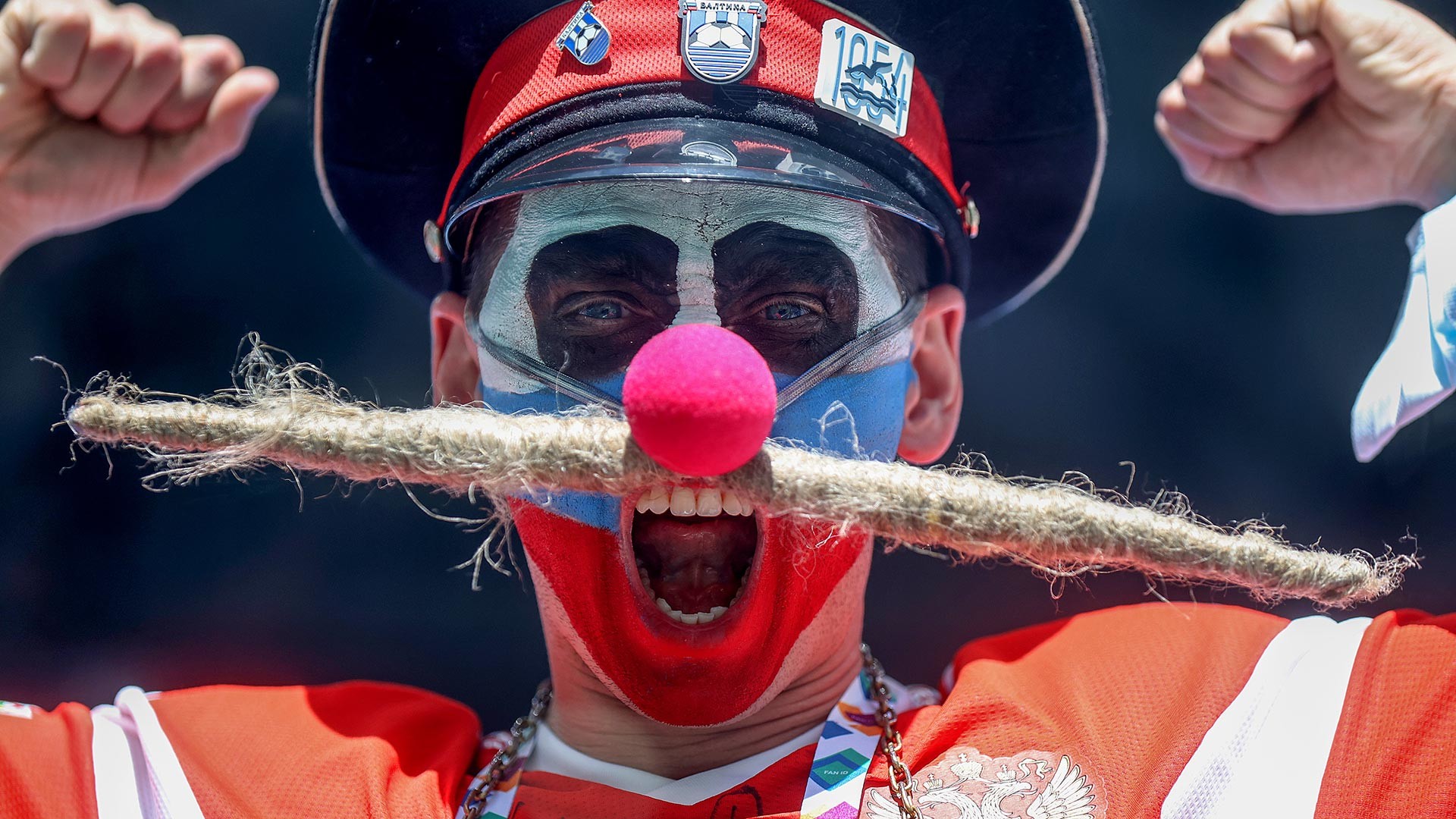 A Russia fan shows their support prior to the UEFA Euro 2020 Championship Group B match between Finland and Russia at Saint Petersburg Stadium on June 16, 2021 in Saint Petersburg, Russia.

Excited foreigners in hats with horns and T-shirts in the colors of the Belgian flag leaving Pulkovo airport – this was the start of the day of the first Euro-2020 match in St. Petersburg, between Russia and Belgium. 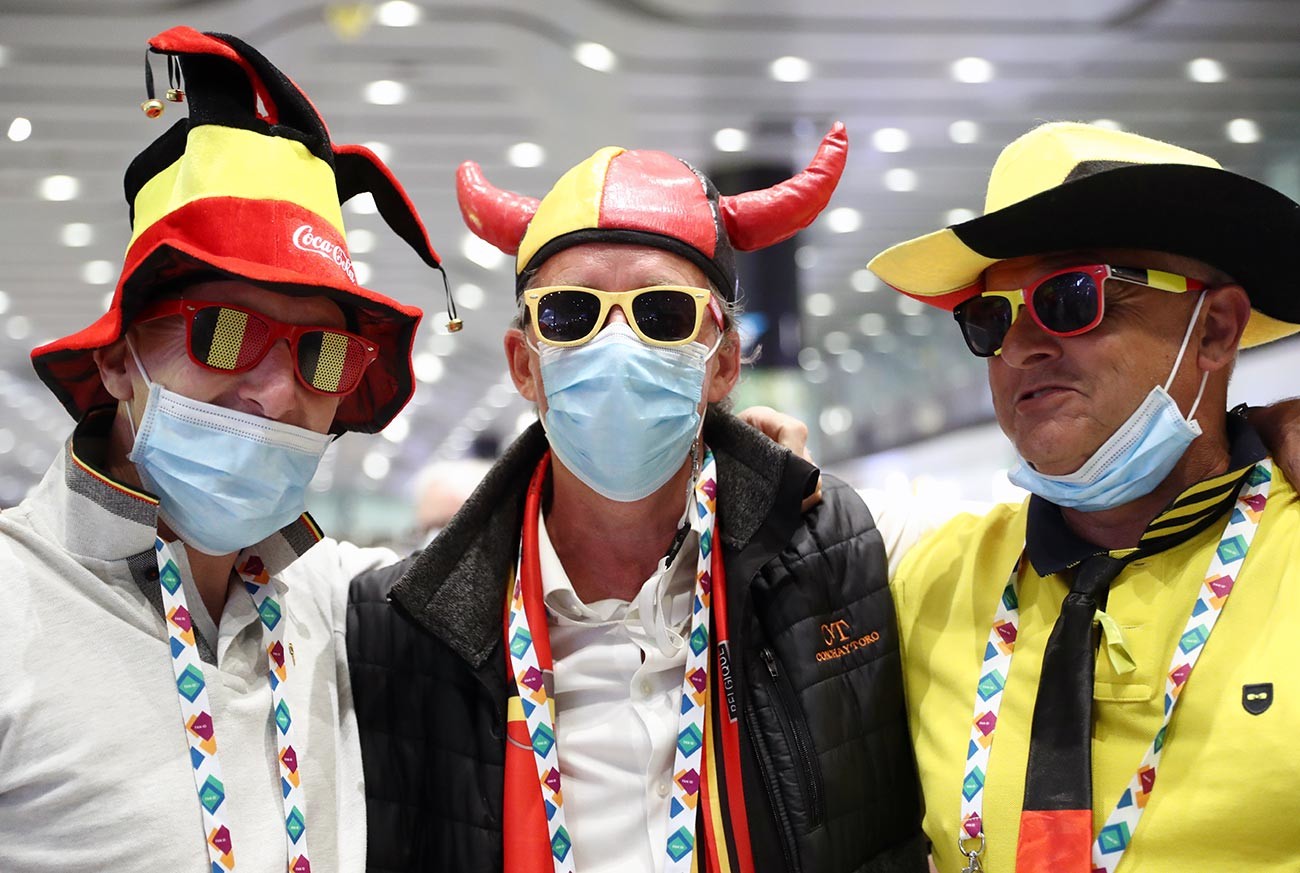 To allow foreign fans to attend their teams' games, Russia allowed visa-free entry for holders of FAN-IDs. Upon arrival, fans had to exchange their electronic FAN-IDs for physical ones at a special center in St. Petersburg. 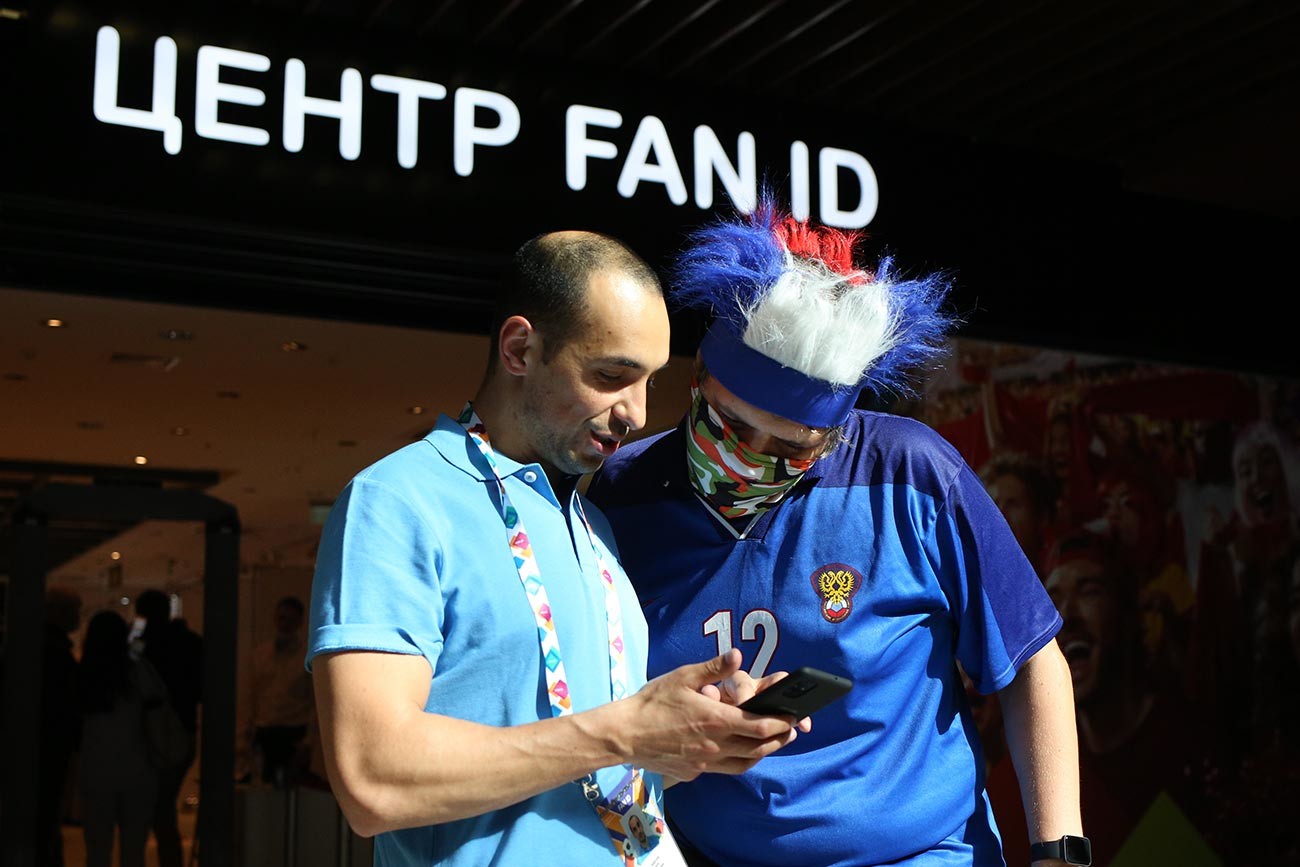 Fans at the center for issuing fans' passports for the matches of the European Football Championship Euro-2020 in the Piterland shopping center.

Buses as well as shop and cafe windows were decorated with Euro-2020 symbols. One street featured an installation with 24 cheerleader cats painted in the colors of the national teams taking part in the championship. The installation was created by artists from the legendary Mitki art collective. 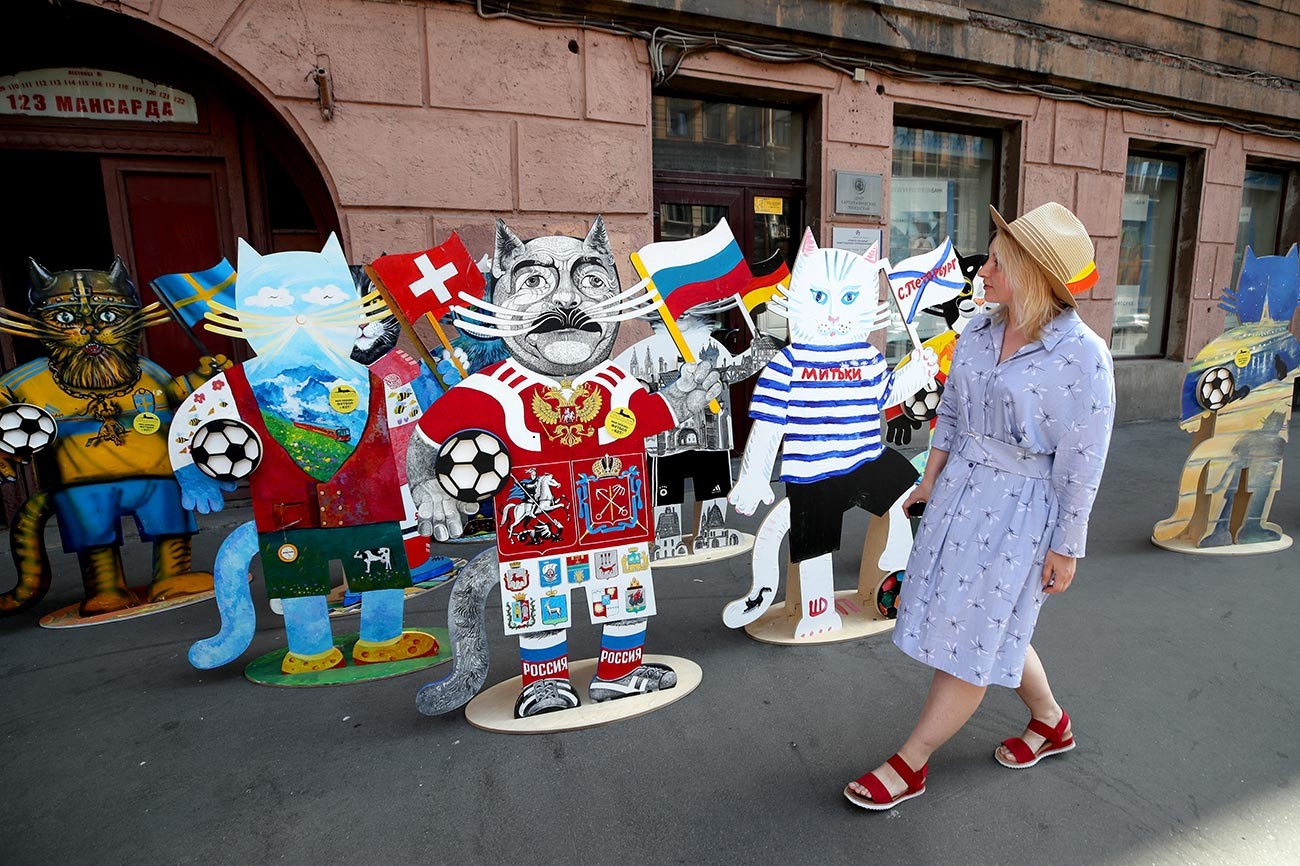 Cardboard "cheerleading" cats outside the Art Center on 36/38 Marata Street.

At dedicated fan zones in Moscow and St. Petersburg, guests could not only watch game broadcasts, but also take pictures in special photo booths, take part in flash mobs or play five-a-side football. 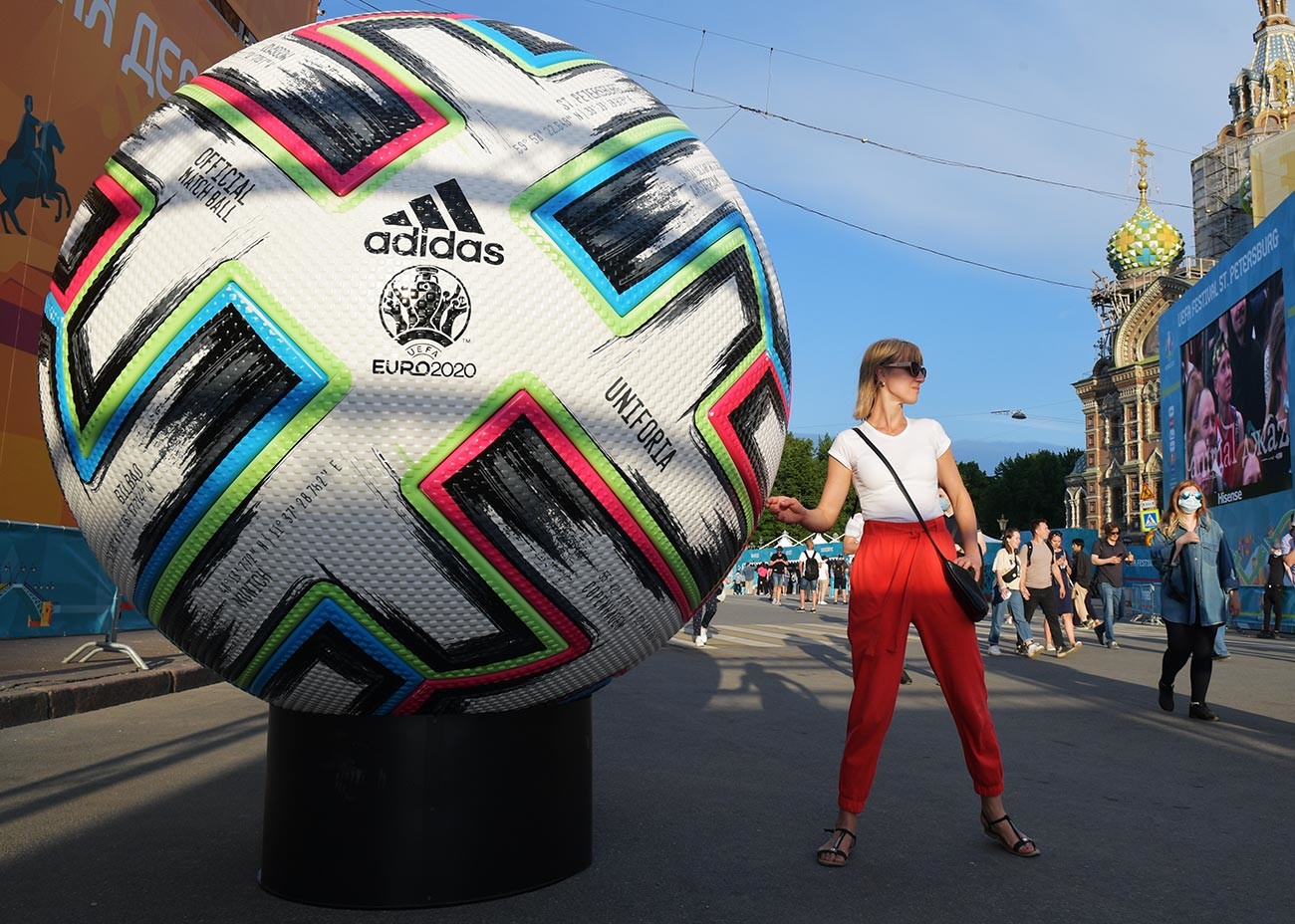 A girl is photographed next to a copy of the official ball of the 2020 European Football Championship in the fan zone on Konyushennaya Square in St. Petersburg.

One of the most photographed spots in the fan zone in St. Petersburg's Konyushennaya Square is an art installation by famous Russian calligrapher Pokras Lampas. It consists of 432 soccer balls encrypted with the words: friendship, equality, health, peace, victory and honor. Once the installation is taken down, its digitized version will be available as an NFT token that will be presented to the footballer who scores the best goal of the championship. The hologram of the award will be exhibited at UEFA headquarters. 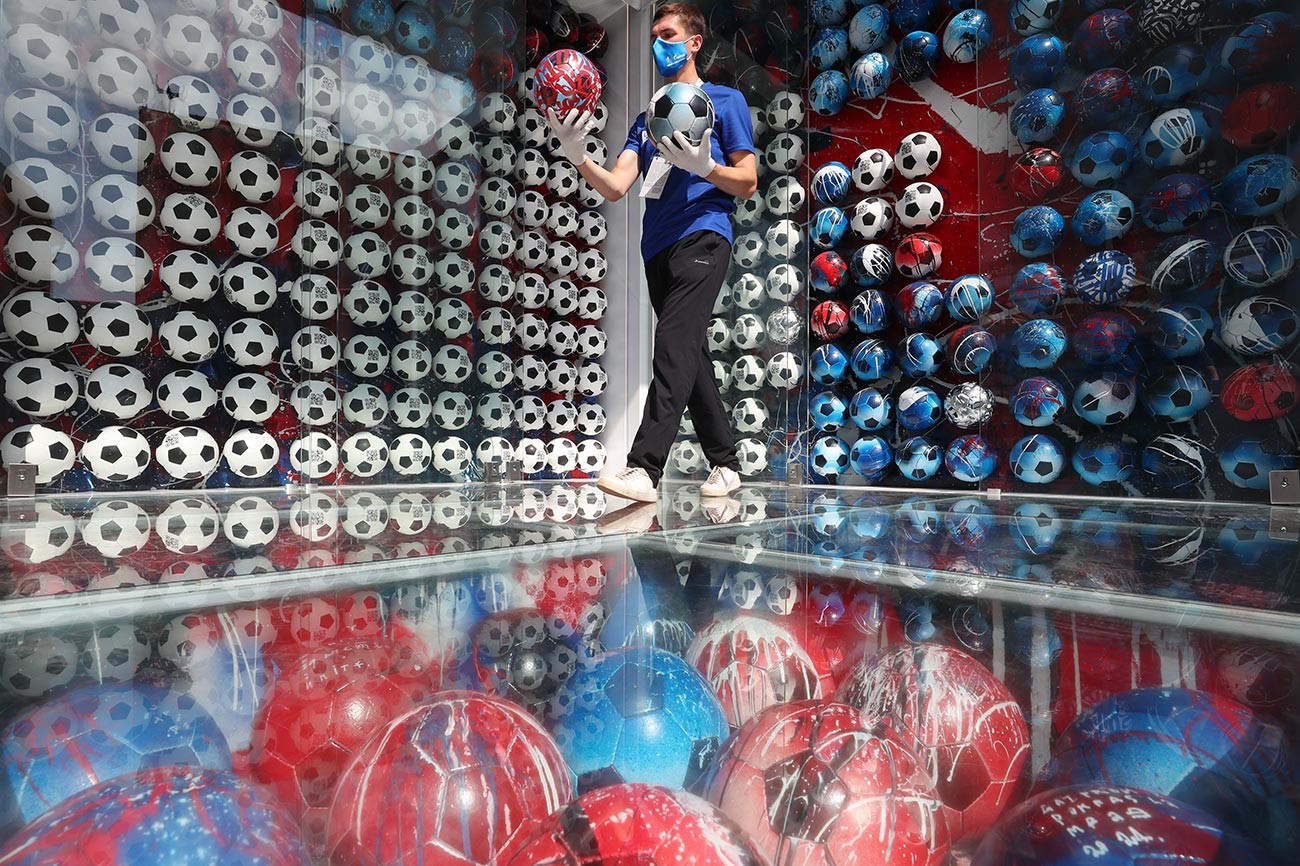 Art installation by Pokras Lampas to create the NFT trophy for the best goal of the Euro 2020 championship in St. Petersburg.

By the evening of June 12, fan zones and sports bars were packed with Russian and foreign fans. 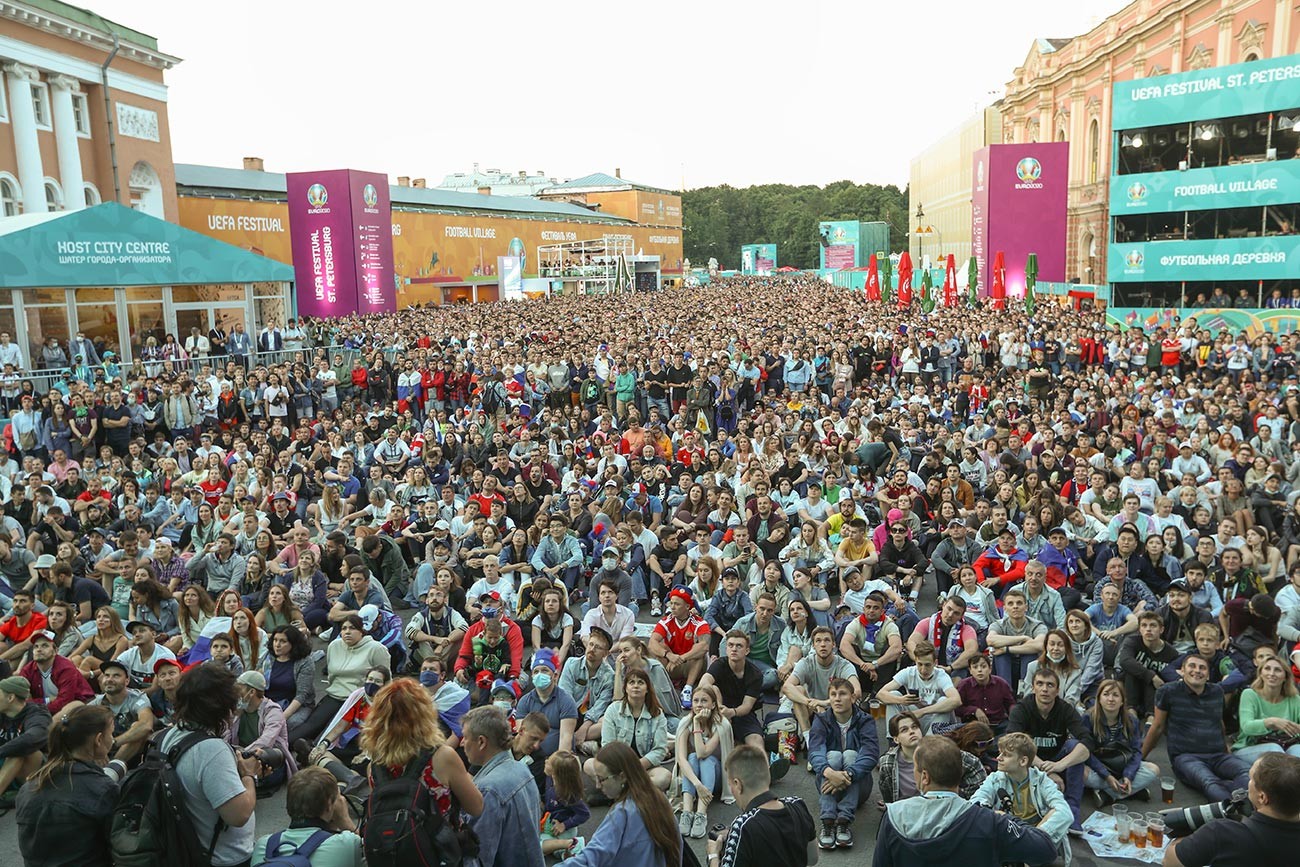 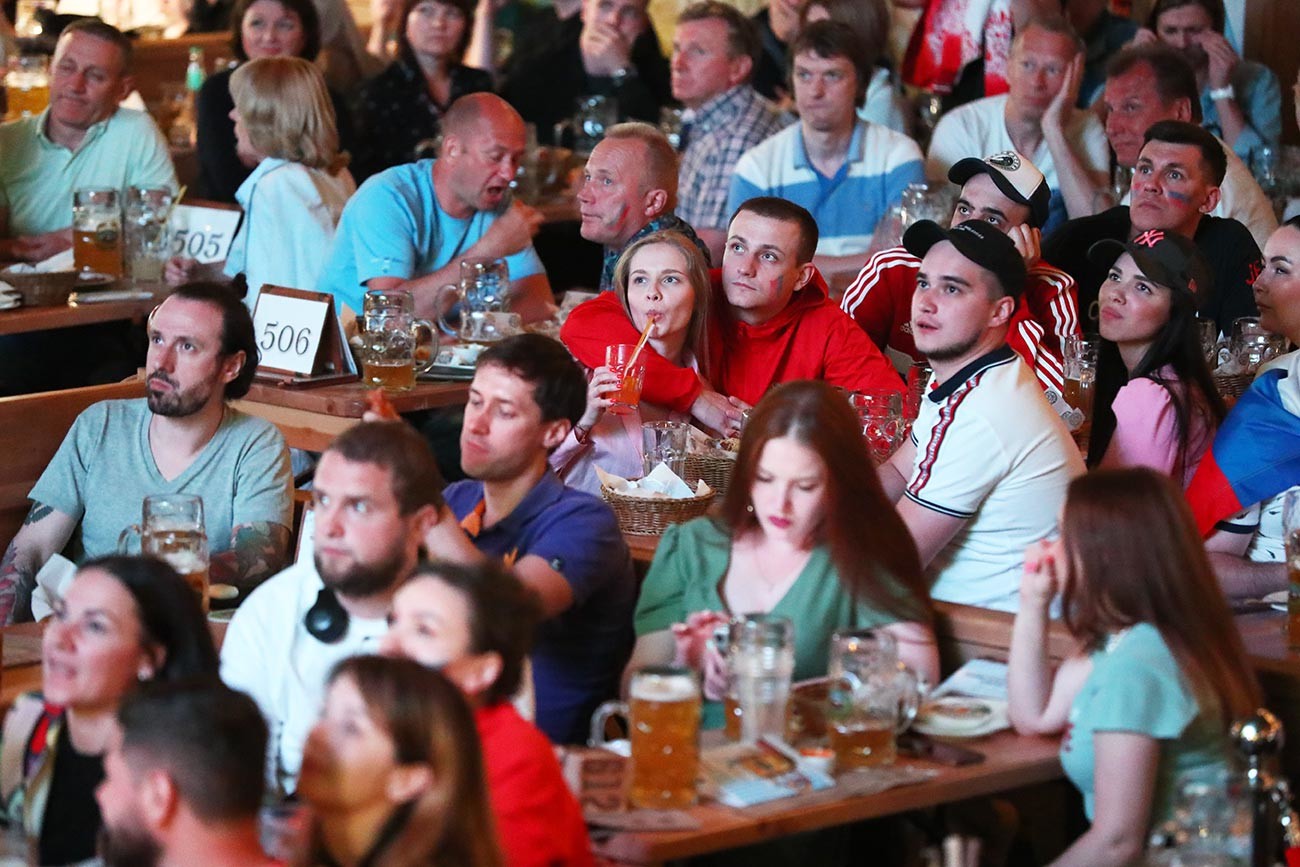 Fans watching the broadcast of the European Football Championship match between Belgium and Russia in one of the city's restaurants.

Russia was beaten by Belgium 3:0. 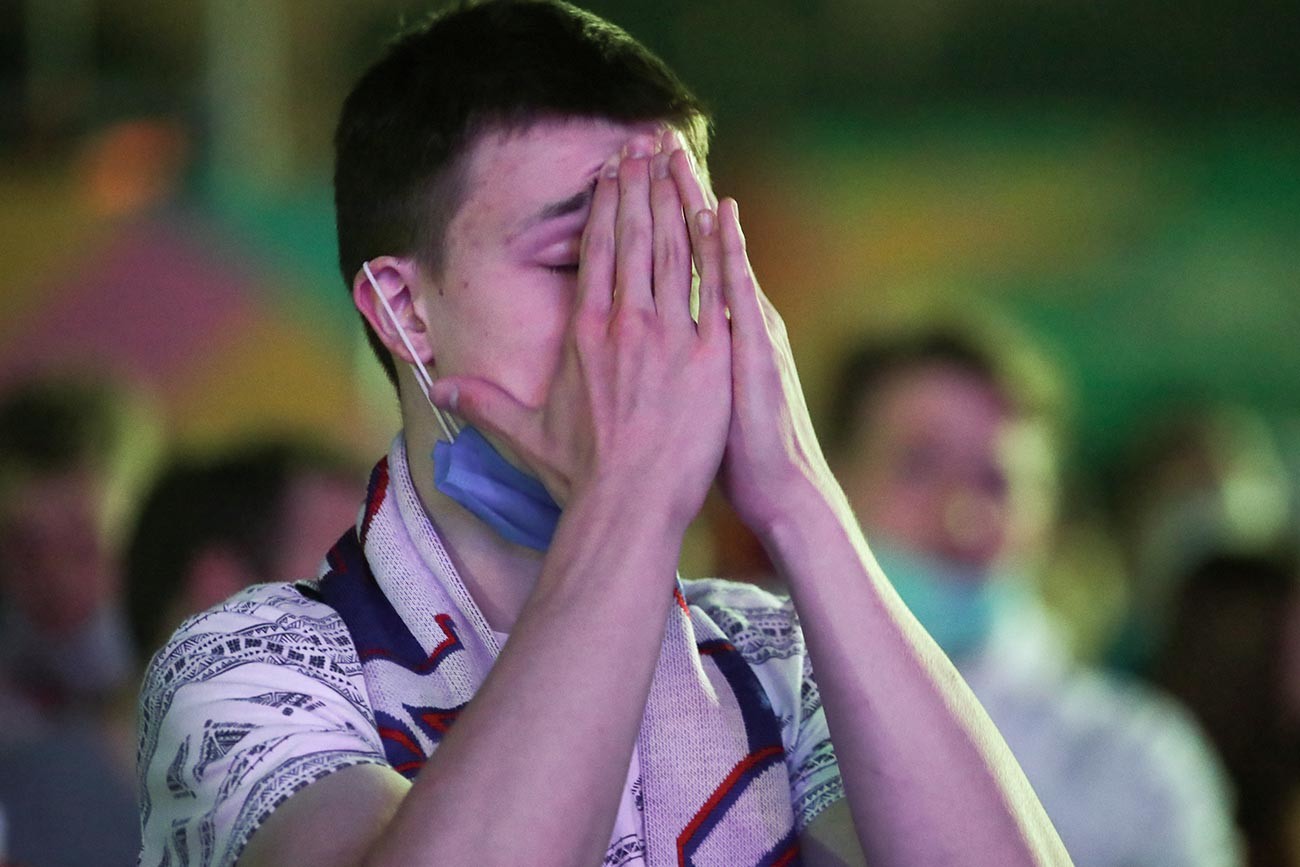 A fan during the broadcast of the Euro 2020 European Football Championship match between Belgium and Russia.

The Poland-Slovakia game (1:2) in St. Petersburg on June 14 attracted large crowds of fans: the Gazprom-Arena welcomed more than 12,000 viewers. 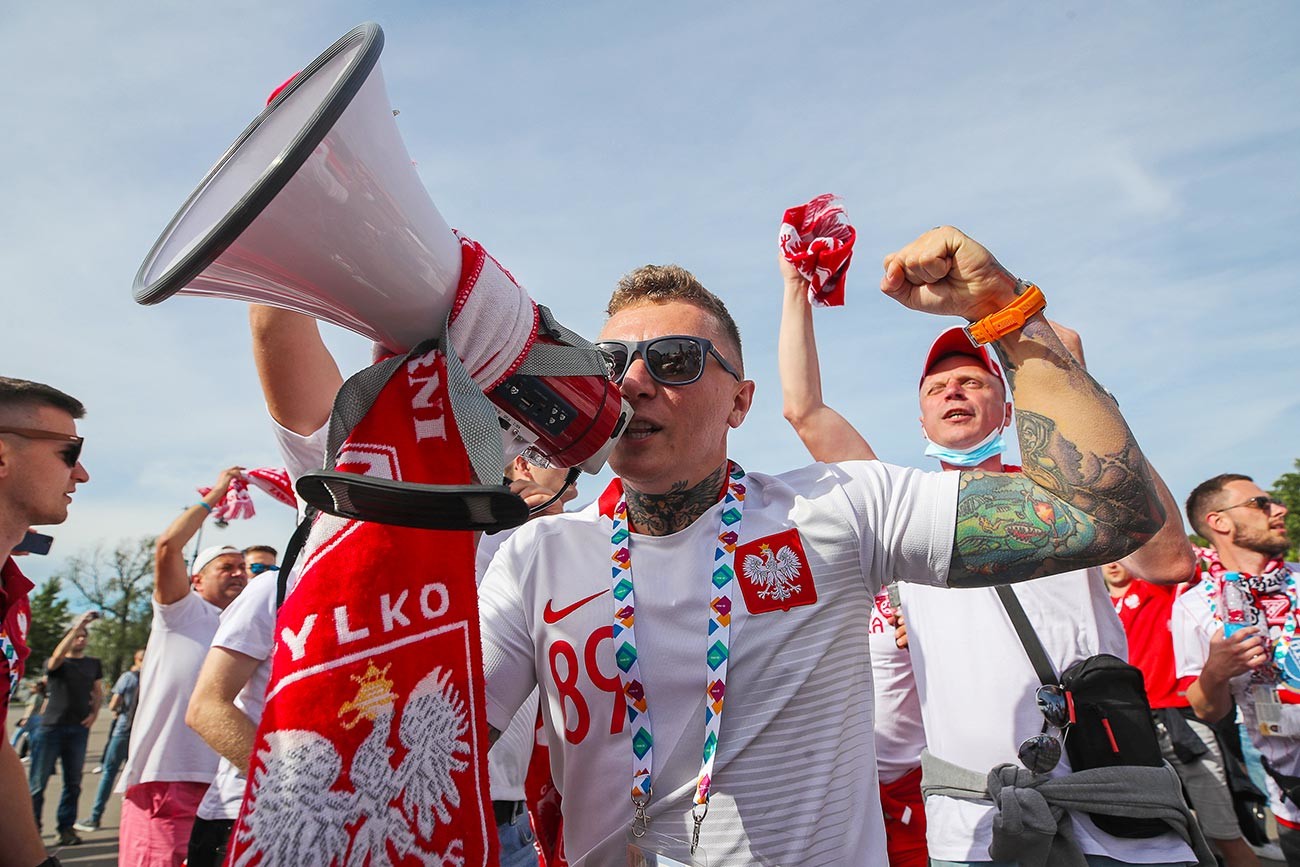 Fans at the Gazprom Arena stadium before the start of the European Football Championship match: Poland vs Slovakia.

On June 16, the day of the Russia – Finland game, the Euro 2020 fan zone in Konyushennaya Square was filled to the brim, with 5,000 people present at one point. 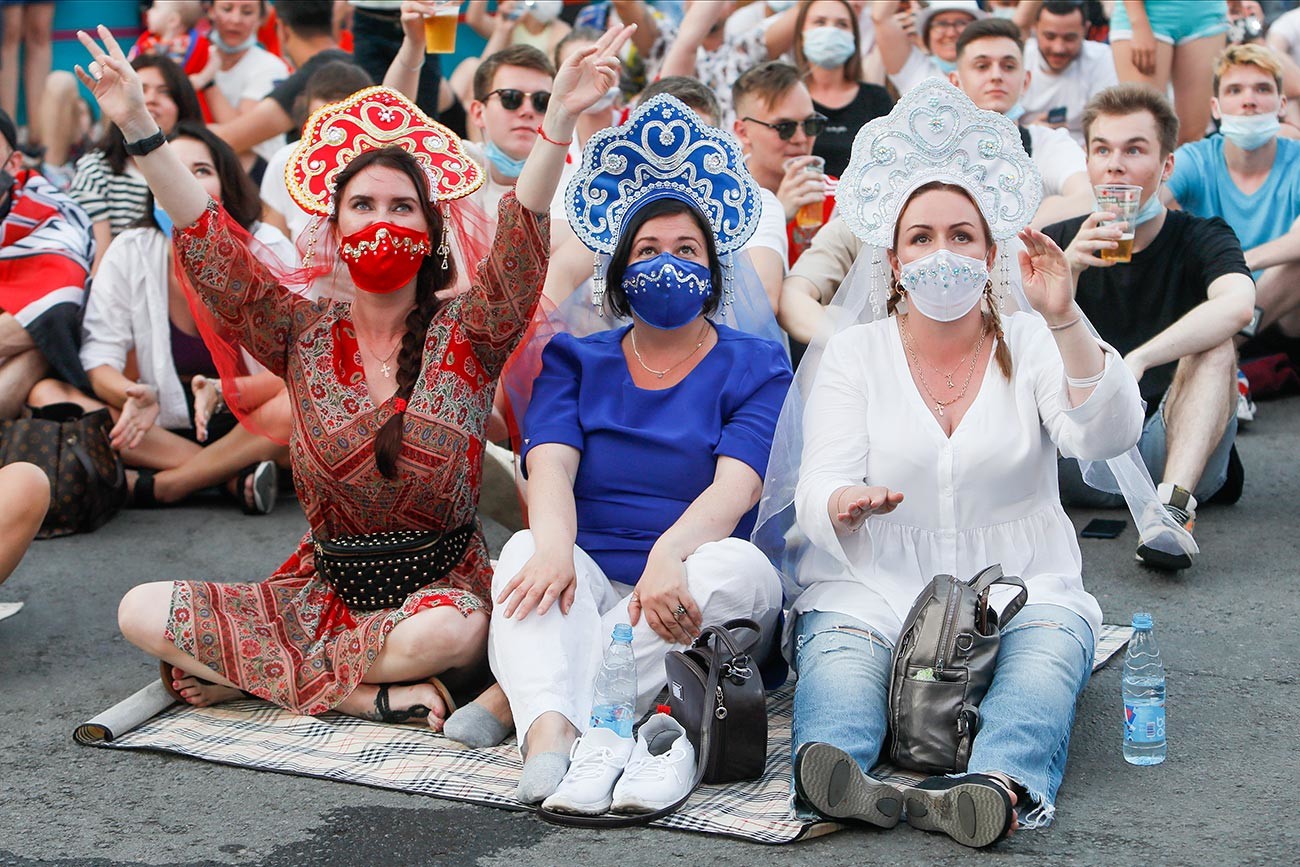 Russian supporters watch a live stream during the UEFA Euro 2020 Championship match between Denmark and Russia on June 21, 2021 at Fan Zone at Konyushennaya square in Saint Petersburg, Russia. 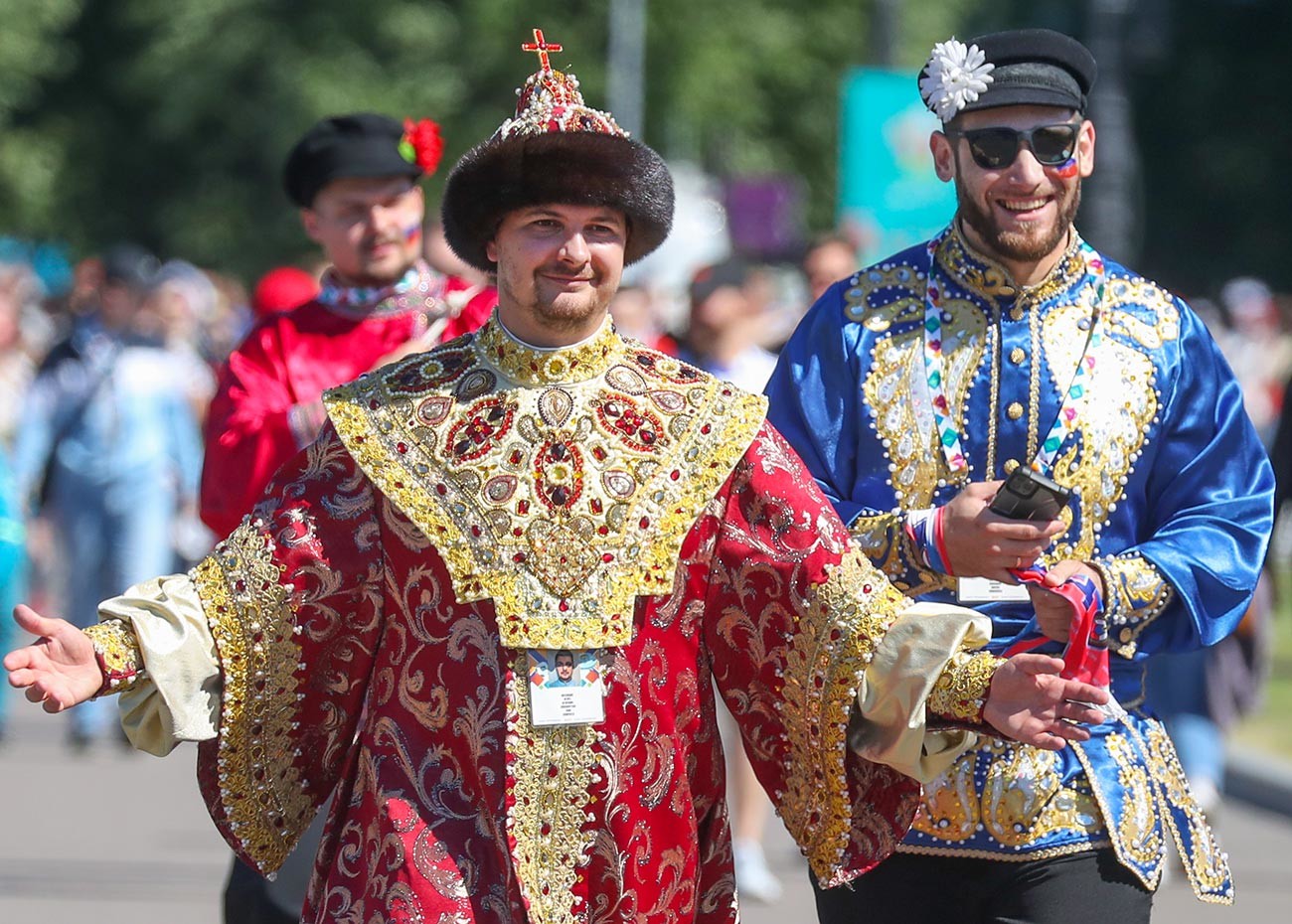 Fans at Gazprom Arena stadium before the start of the European Football Championship match: Finland vs Russia.

One of the most eye-catching moments of Euro-2020 was the incident with student Maria Shumilina who ran out onto the pitch during the Finland - Belgium match (0:2), in shorts and a swimsuit with the name of a cryptocurrency written on it. She almost reached the middle of the pitch when security guards caught up and led her away, after which the game resumed. 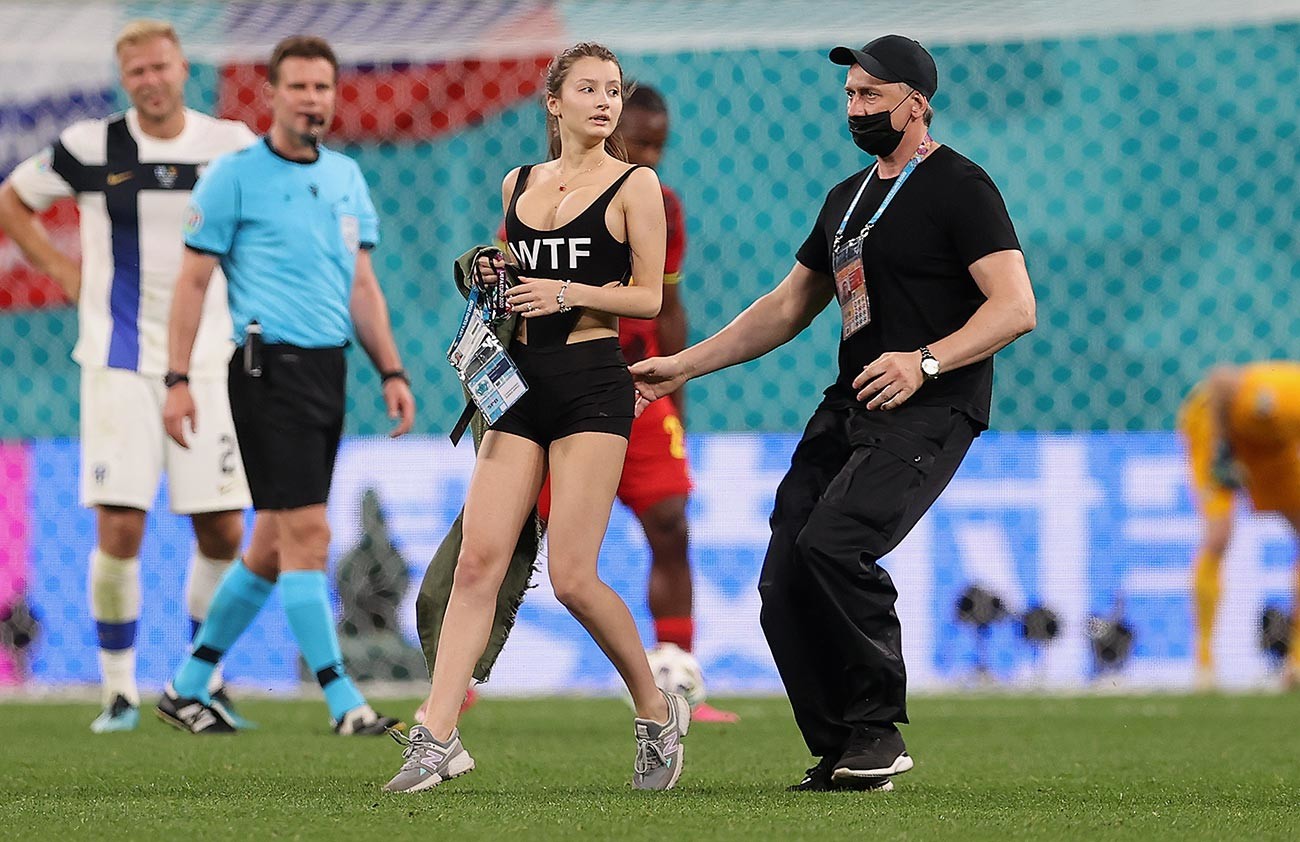 A pitch invader is removed from the pitch by ground staff during the UEFA Euro 2020 Championship Group B match between Finland and Belgium at Saint Petersburg Stadium on June 21, 2021 in Saint Petersburg, Russia.

As the number of daily coronavirus cases in St. Petersburg began to rise, the city introduced new restrictions, which also affected football fans. In particular, from June 17, fan zones were banned from selling food, and from June 20, the fan zone in Konyushennaya Square had a cap on the number of visitors introduced – not more than 3,000. 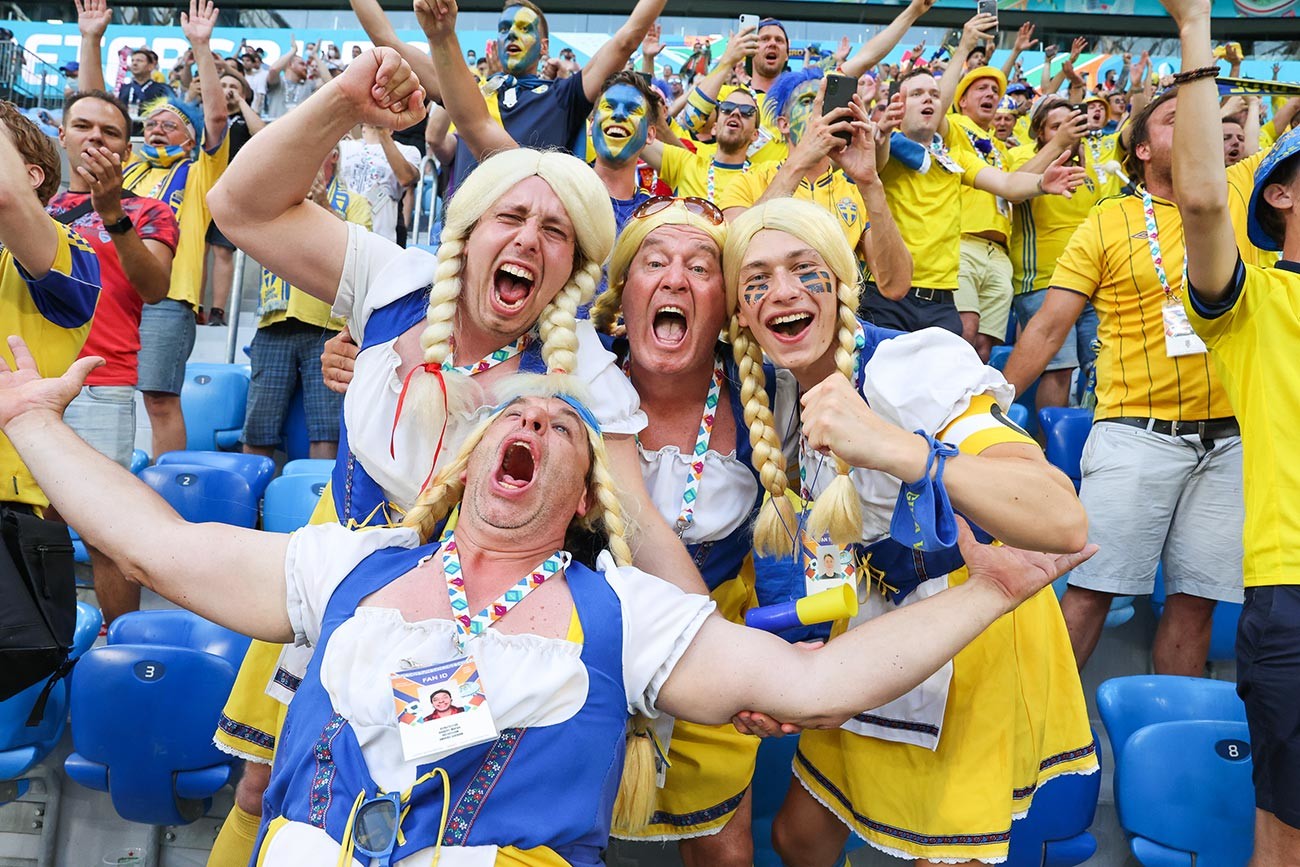 Fans of Team Sweden cheer during the UEFA Euro 2020 Championship Group E match between Sweden and Poland at Saint Petersburg Stadium on June 23, 2021

The fan zone in Moscow was temporarily closed due to a spike in Covid-19 cases. It resumed on June 26, however, it’s open only to those who have had a coronavirus jab, or can produce a medical certificate confirming they have had Covid-19 or a negative coronavirus test taken not more than three days previously. 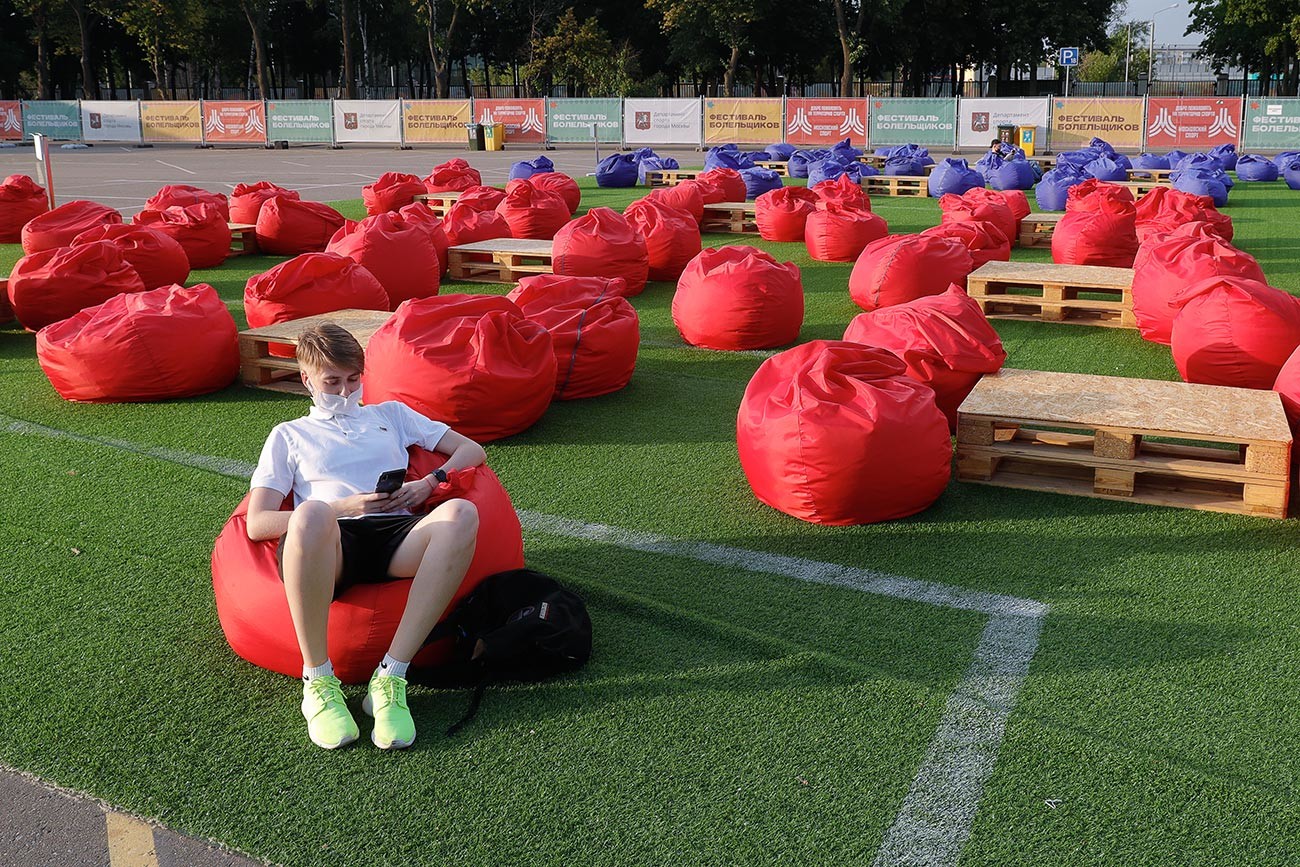 Despite the restrictions, on July 2, another fan zone was opened in St. Petersburg, in Palace Square. In order to show the day’s two matches - the quarter-final games between Spain and Switzerland held in St. Petersburg, and the other one between Italy and Belgium - the city center was closed to traffic.

Starting from June 12, St. Petersburg has received over 110,000 Russian and foreign fans.