Yakutia’s been burning all summer. Why is action being taken only now? (PHOTOS + VIDEOS) 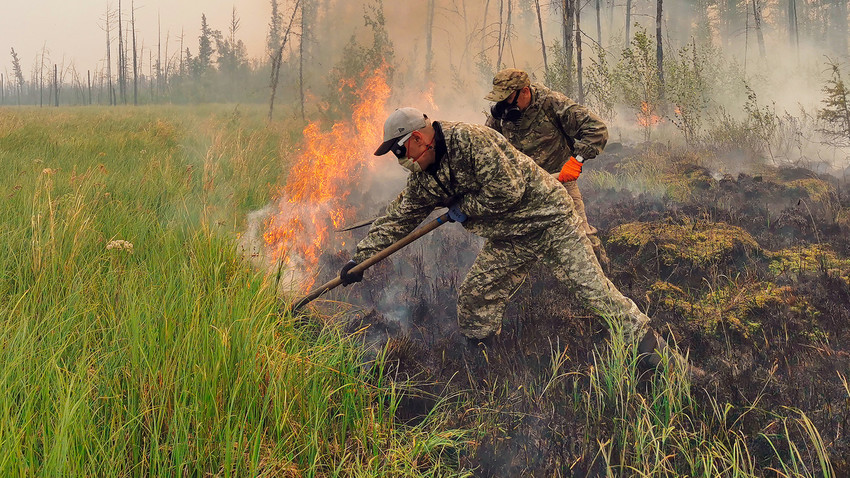 AP
More than a million hectares of forest have already burned, cities are enveloped in smoke, and the effects can be felt in the northern states of the US. Here's the latest about this environmental disaster and social media reaction.

Yakutia, a region in the Russian Far East that occupies one-fifth of the country's land mass, is again on fire this summer. The wildfire area already exceeds 1.3 million hectares, and the flames have been spreading since mid-May. The fires are on such a massive scale that they are visible from space. There are more than 200 hotbeds. By the end of July, the fires had approached residential areas, the sky had turned orange and Yakutsk, the regional capital, home to a third of the region's population, was engulfed in smoke. The concentration of suspended particles in the air is at times 15-30 times higher than the allowable exposure limit. 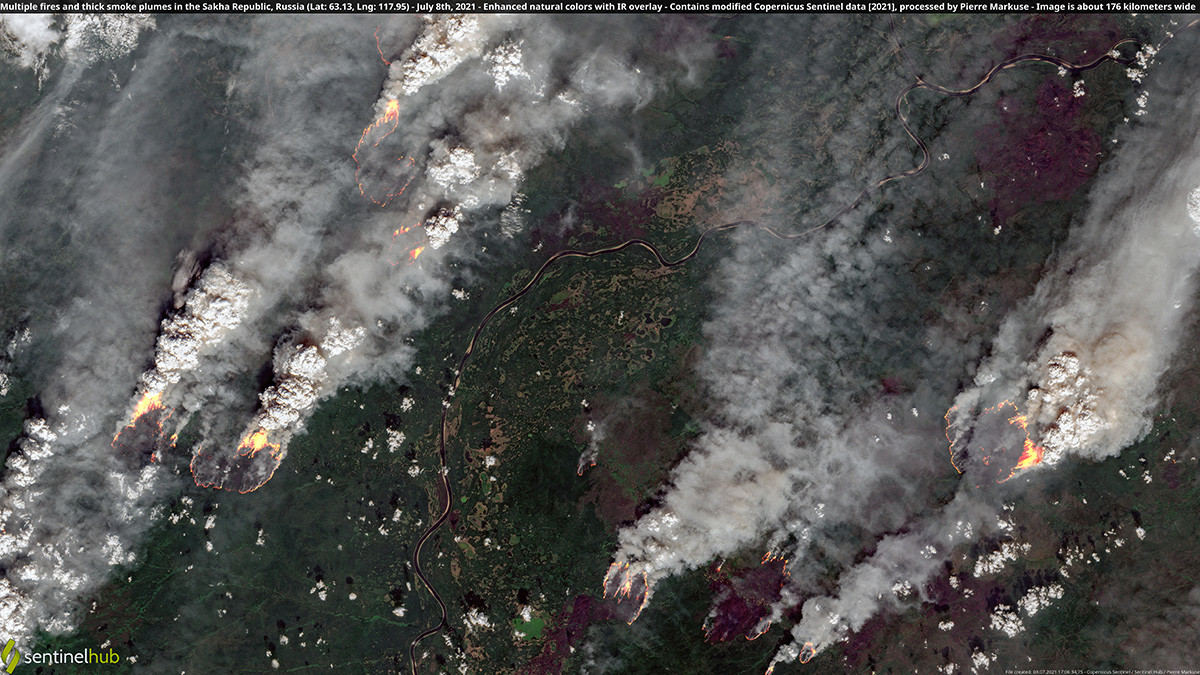 The fires are on such a massive scale that they are visible from space.

Large-scale fires are commonplace in the region, which is blanketed with taiga forest. But scientists say that in the past three years they have grown enormously, to the point where they now threaten the stability of the entire ecosystem: the release of large amounts of gases is accelerating global warming, and the fires are melting the permafrost. 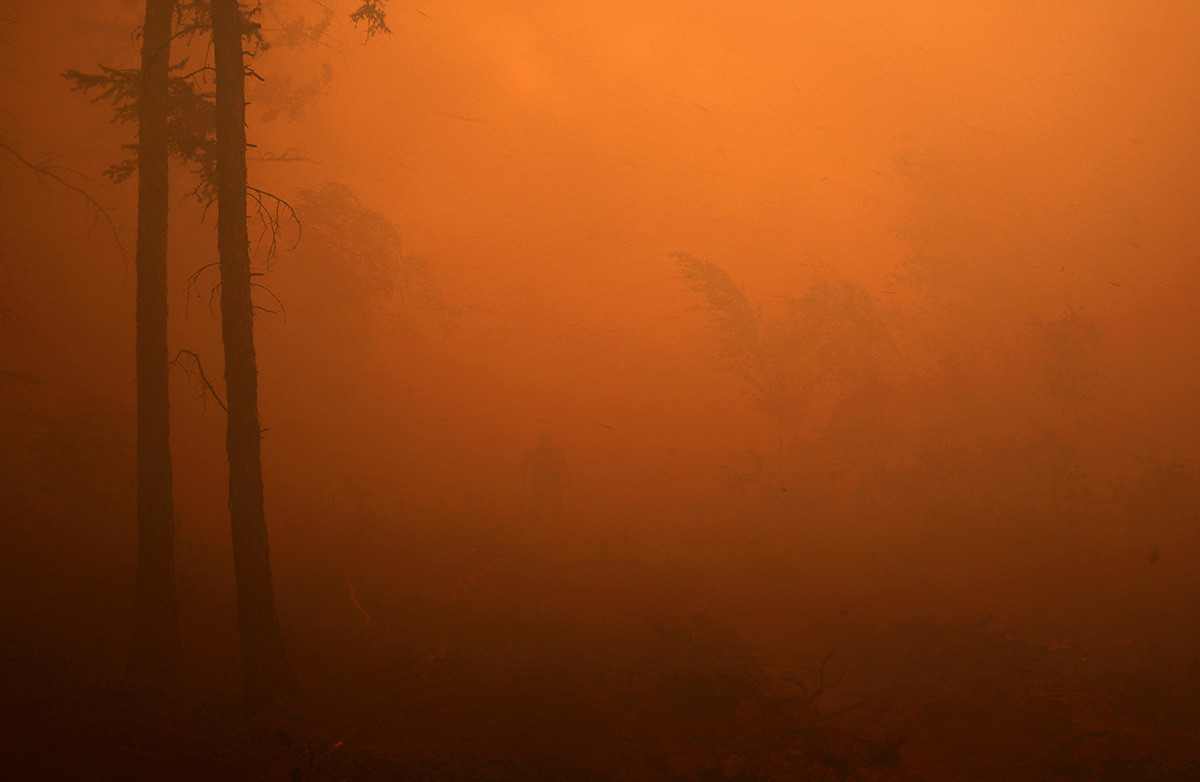 There are more than 200 hotbeds.

This summer Russia has seen record-breaking heat waves. In Yakutia’s central regions, June was the hottest and driest for 133 years. Like last year, the fires broke out due to abnormal heat and dry thunderstorms. But despite their natural origin, local residents blame officialdom. One of the main complaints is that only a small proportion of such fires are extinguished, with most being left to burn out and wreak havoc in the process. 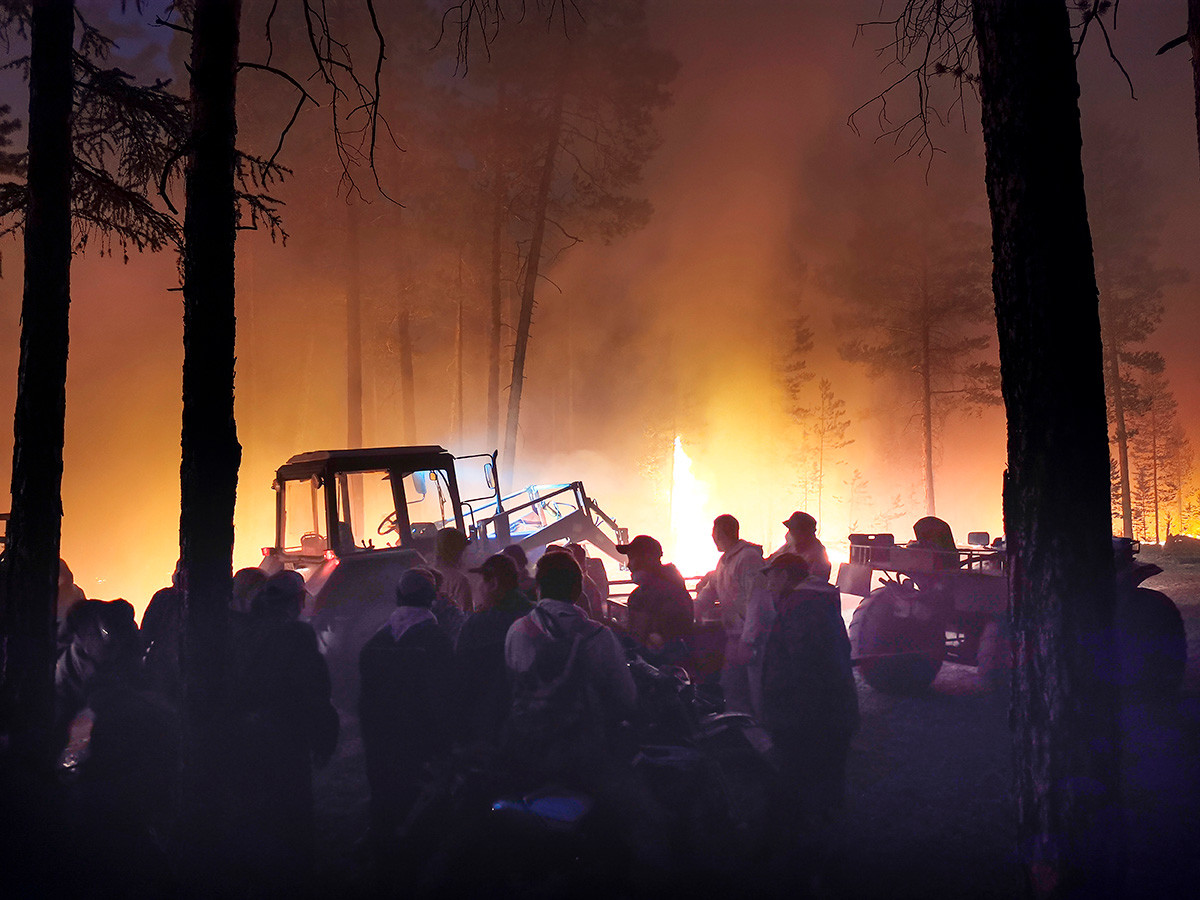 Yakutia covers a territory of over 3 million square kilometers, more than the whole of Argentina. The vast distances and low population density mean that swathes of its forest area is classified as so-called “control zones” - hard-to-reach, remote areas where fire-fighting is legally recognized as economically unviable.

However, after the fires in Siberia in 2019, the Russian authorities reviewed the laws on control zones. In some regions they were significantly scaled back, and in others, like the Tyumen and Sverdlovsk regions, they were scrapped entirely. Nevertheless, in Yakutia they remained practically the same. Meanwhile, in 2020, faced with a similar situation, the head of Yakutia, Aisen Nikolaev, promised to reduce the territories where forest fires were left unextinguished. But that never happened. 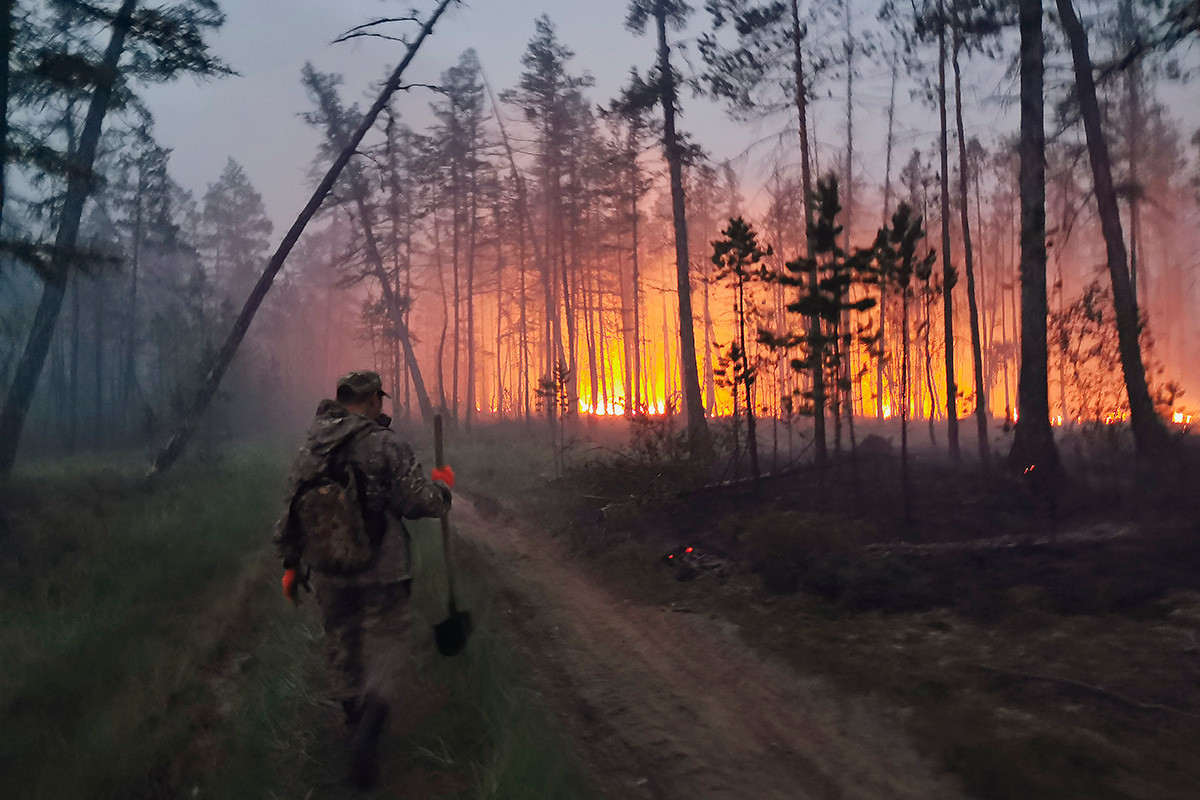 Instead, in June 2021, the regional authorities were publicly exposed as having underestimated the number and area of the fires: in some places, the figures provided by Yakut officials differed from satellite monitoring data by a factor of 40. Yakutia’s ministry for environment cited a lack of funds to extinguish them. Presently, the budget of Yakutia provides only 6.90 rubles ($0.09) to extinguish one hectare, while on average in Russia the federal government allocates 199 rubles ($2.60) per hectare. 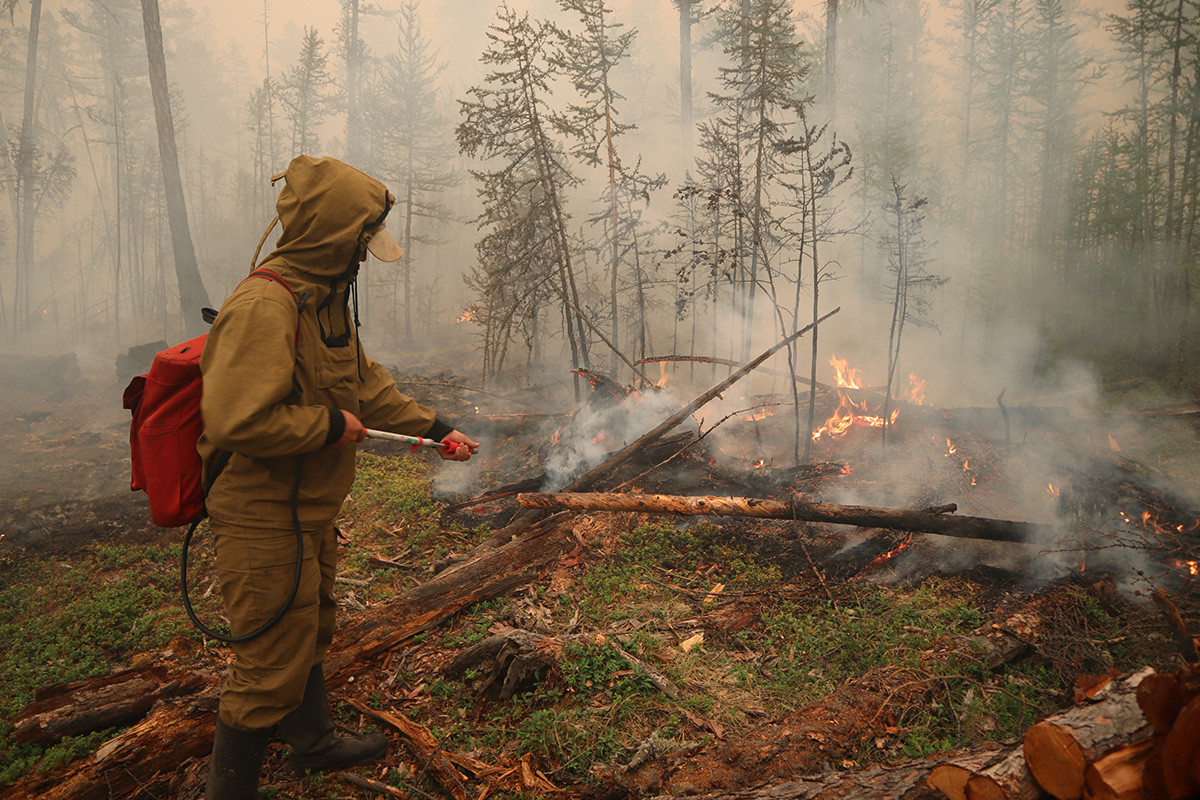 Close to despair, locals themselves began messaging the Instagram account of the federal minister of natural resources and ecology, Alexander Kozlov, asking him to do something about Yakutia, which “has been burning all summer, but no one cares.” Under his posts on unrelated topics there appeared several thousand comments about the Yakut fires. After that, the minister replied that he had read them all, but that nature was still stronger:

“We are bringing in fire-fighting forces from across the country <...> We are trying to stabilize the situation, but the fires still have the upper hand. What’s more, the fire-risk forecast for July is bad.”

Poor air quality due to #wildfires in #Yacutia, #Siberia has spread from #Russia across the international dateline to Alaska, as detected by #Copernicus#Sentinel5p satellite monitoring of carbon monoxide column on July 13 and 14
via @PlatformAdampic.twitter.com/mDHfBYWsJ8

Photos and videos by Yakutsk residents 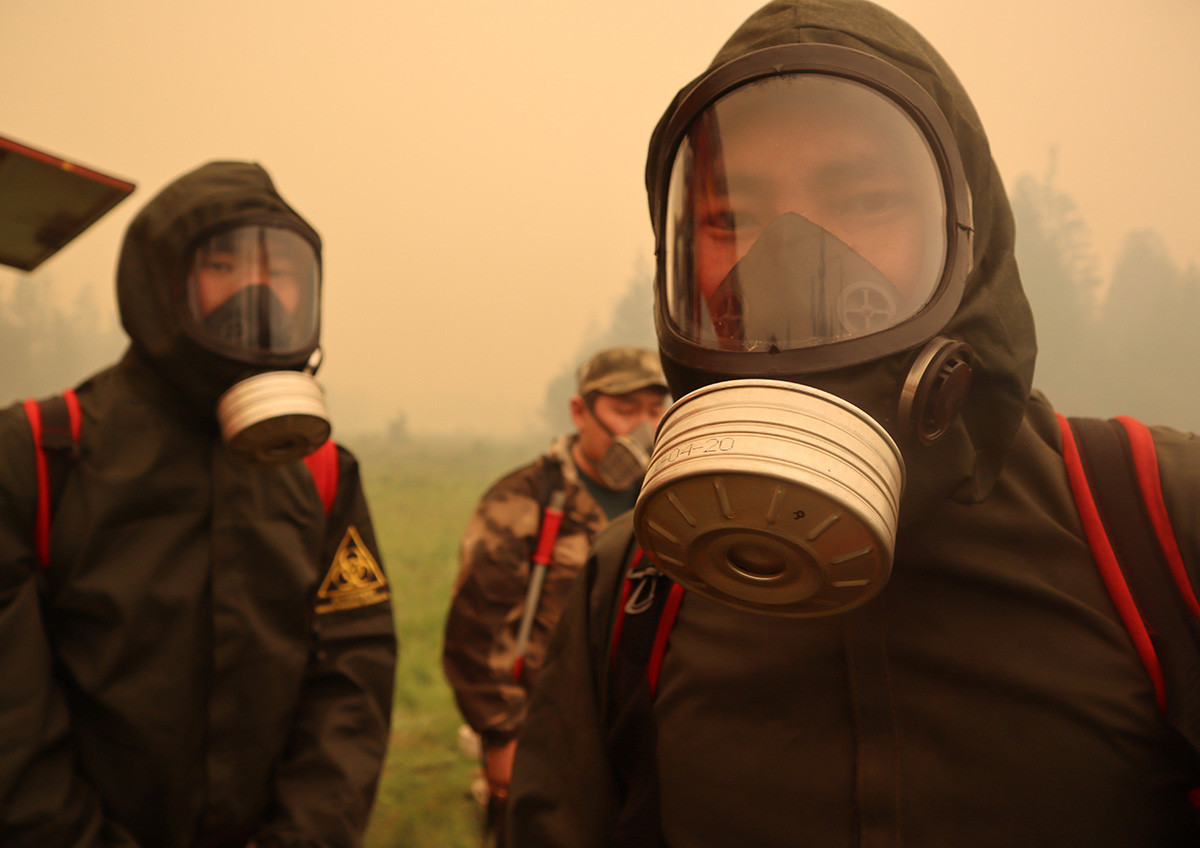 “There are too many fires, and every time one is put out, another breaks out elsewhere".

Amphibious aircraft, almost 3,000 employees of the Russian Ministry of Emergencies, military pilots and almost 400 fire-fighting machines have been flown out to the republic. They have been joined by groups of volunteers, men and women of all ages. Even teenagers are not averse to helping out, according to social media videos. The region has declared a state of emergency.

“There are too many fires, and every time one is put out, another breaks out elsewhere. Nevertheless, we did our best. We slept for a few minutes whenever we got the chance. On the ground and in the smoke without taking off our respirators. There was no other way. Everyone’s eyes were puffy from the smoke,” said a member of one of the self-organized groups.

Residents fight the fire with shovels and knapsacks packed with canisters of water. They dig trenches to isolate the flames. On social media they write: “Guys, this is seriously hardcore. People’s boots are melting! Locals themselves are putting out the fires, breathing in all kinds of muck, battling to stop the flames devouring their homes and possessions, there's a real war going on!”

Dmitry Kupriyanov, coordinator of the Union of Volunteers of Russia, who is now in Yakutia, confirms: "Yes, supplies are scarce, and people too." 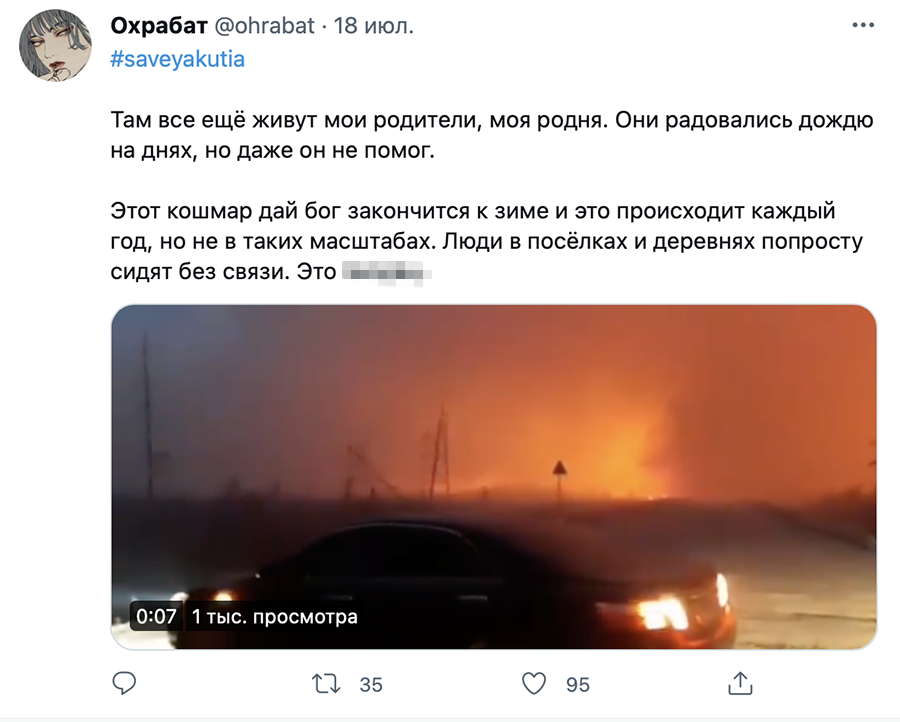 “My parents and relatives live there. They were happy when it rained the other day, but even that didn't help. This nightmare, God willing, will be over by winter; it happens every year, but not on such a scale. People in towns and villages just sit there without means of communication. It’s unbef***inglievable.”

Due to the thick "milk-like" smoke, Yakutsk airport has had to close, and shipping on the Lena River is restricted for this same reason. 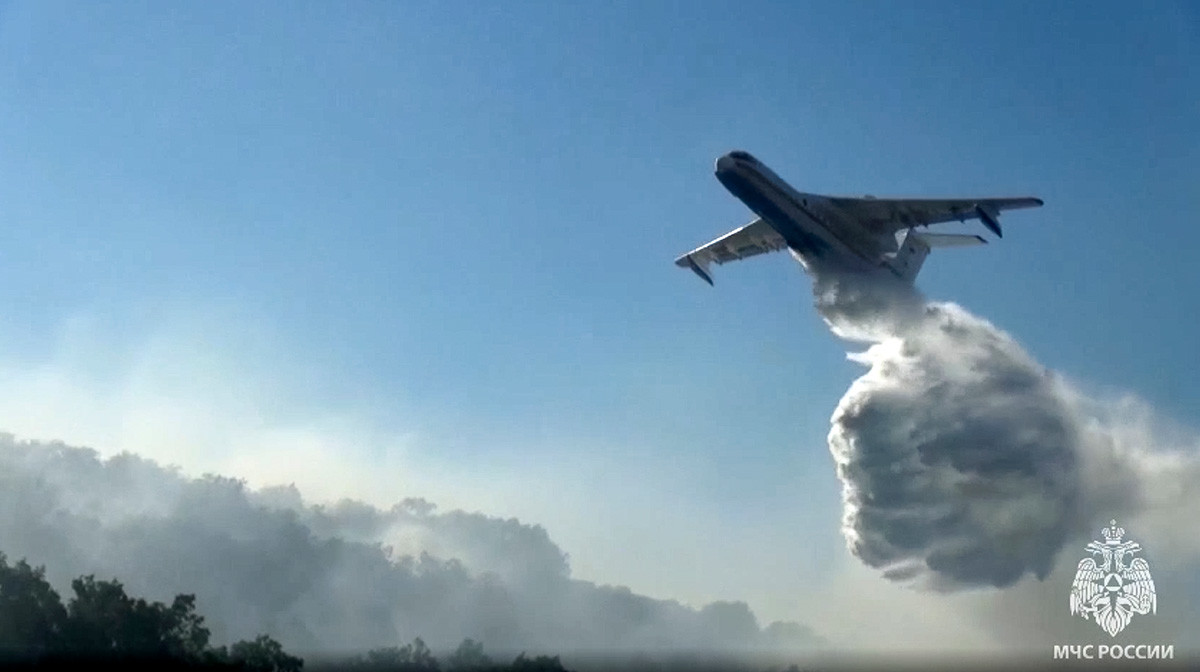 According to the IQAir website, air pollution in Yakutsk is 139 times higher than the WHO recommended levels. 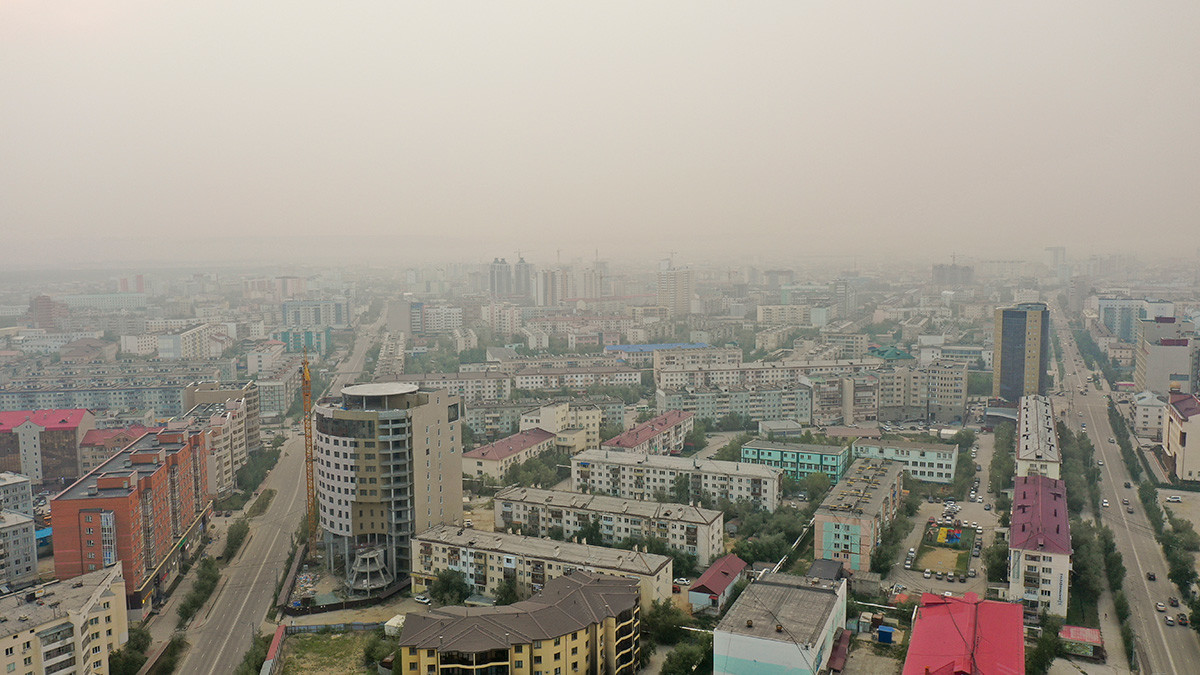 Local activist Rosa Dyachkovskaya messaged Leonardo DiCaprio, actor and co-founder of Earth Alliance, a climate change organization. He replied to her on Instagram, promising that he would discuss with the team how they could help with the fires in Yakutia. But the regional authorities have already refused any potential assistance: “We are glad, of course, that global stars pay attention to such matters. But our forces are engaged in fire-fighting operations, the situation is under control.”