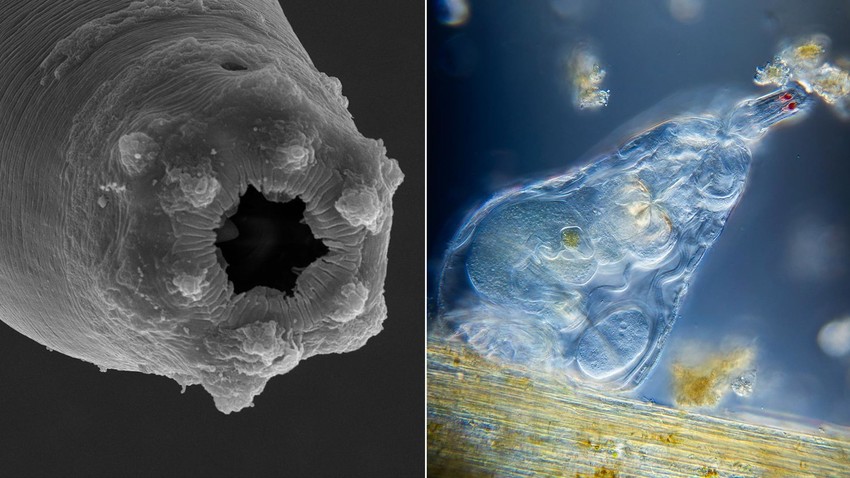 Alexander Klepnev; LiudmilaLim (CC BY 4.0)
Yakutia can be described as a scientist’s favorite “refrigerator”: animals that are tens of thousands years old are discovered there almost every year. A spoiler: some of them have even come back to life!

In June 2021, it was reported that Russian scientists had discovered a rotifer that was at least 24,000 years old. Furthermore, they managed to revive it and it even began to reproduce! The experiment to revive microscopic, but still multicellular, worms from a sample of Siberian permafrost was actually carried out back in 2015, but it was described in the prestigious journal Current Biology only now. During this time, scientists studied the rotifers’ genome and tried to establish whether the worms would survive a repeat freezing. 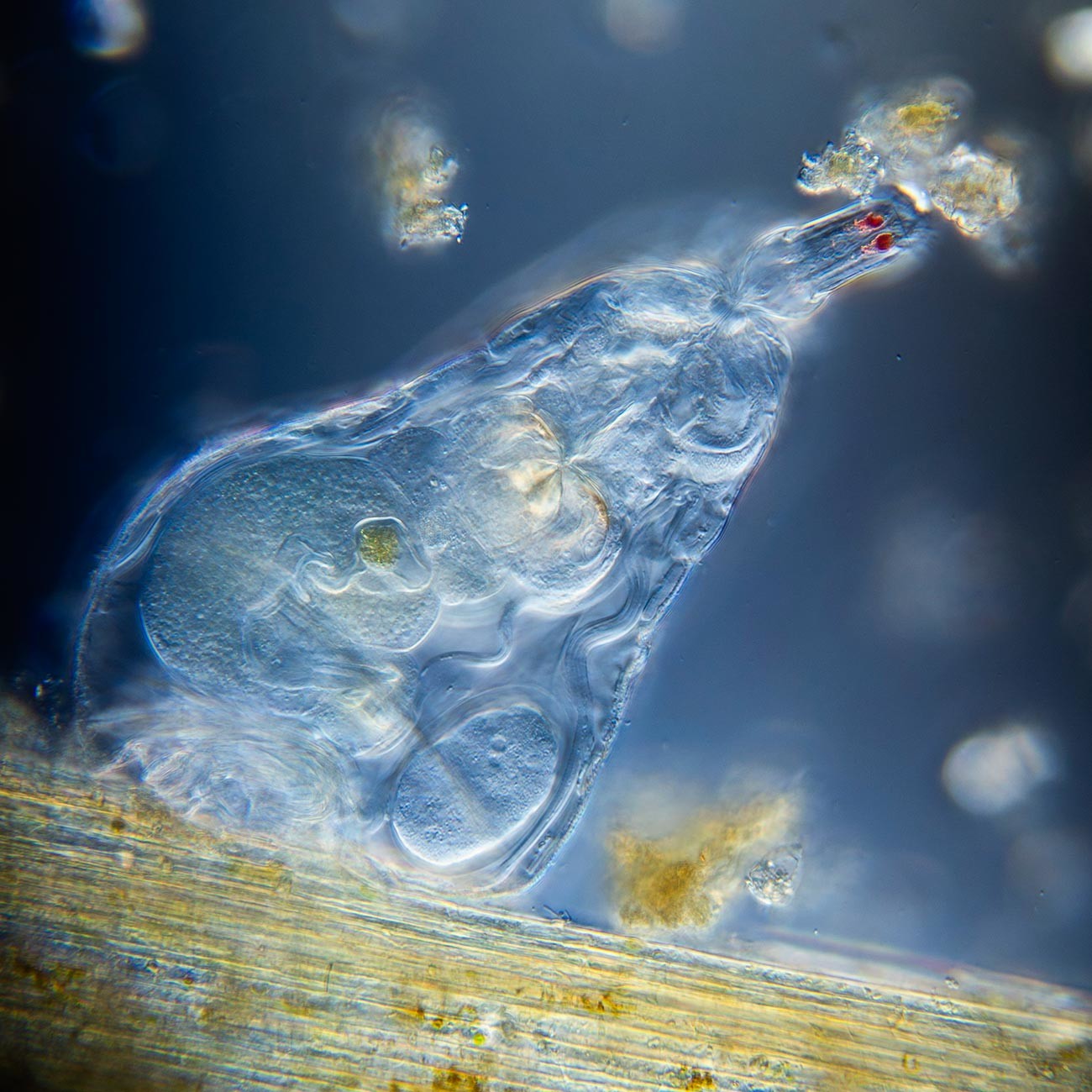 “So far, this is the most reliable evidence that multicellular living organisms can live for tens of thousands of years in a state when their metabolism stops almost completely,” said Stanislav Malyavin, one of the authors of the study, a researcher at the Institute of Physicochemical and Biological Problems of Soil Science of the Russian Academy of Sciences.

Rotifers are very tenacious, they are able to “desiccate” themselves in extreme conditions: when there is a lack of water in a drought (or when water turns into ice), they quickly remove all remaining water from their cells and start producing substances with which they fall into a form of suspended animation. However, no-one thought that they were capable of doing this for such a long time. 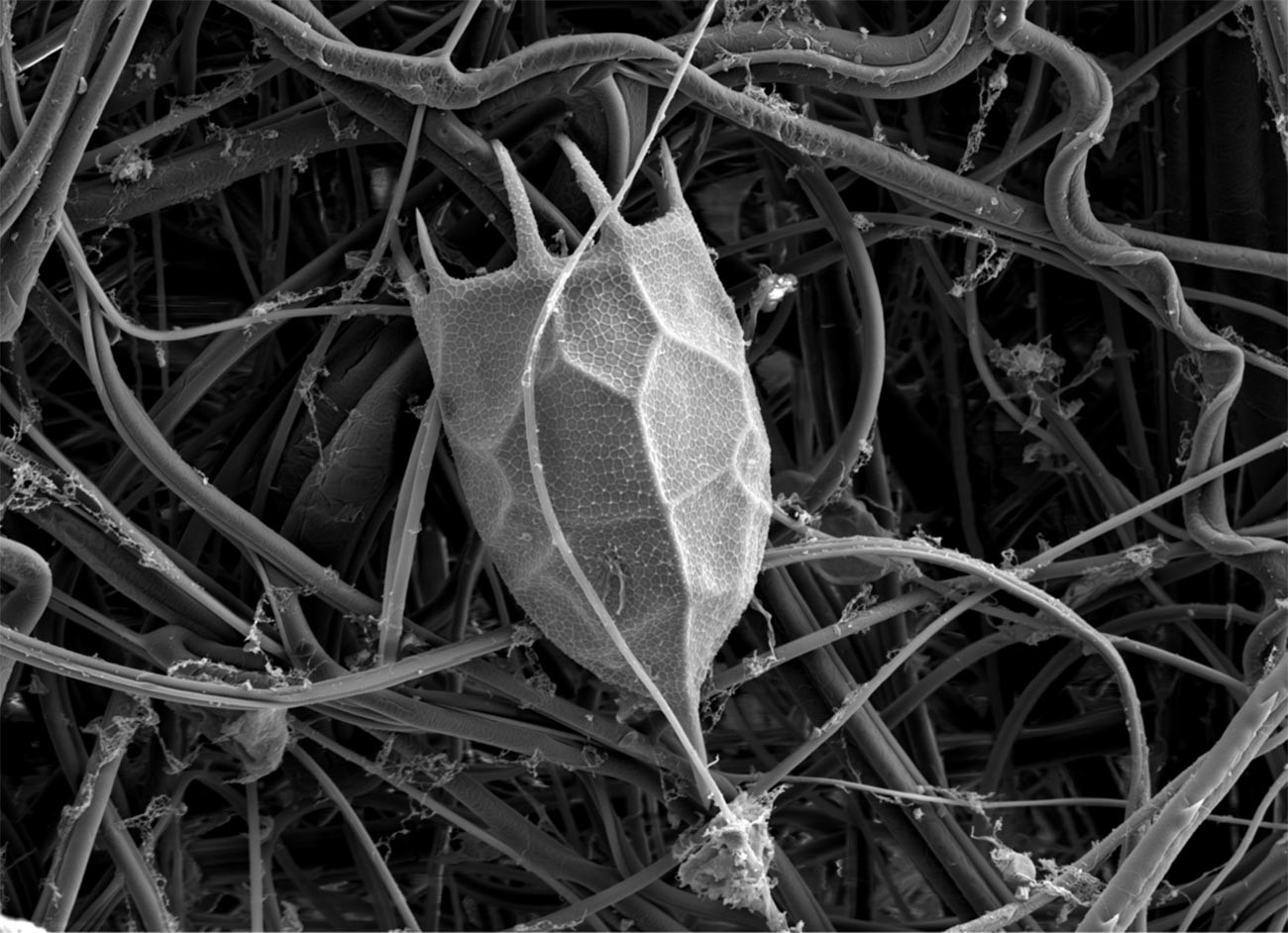 The study showed that the “resurrected” rotifers coped with a repeat freezing well, whereas many modern species cannot do this, as their cells are destroyed with the formation of ice crystals. Apparently, ancient rotifers had some kind of a protective biological mechanism, which the scientists are looking for in their genome.

However, this is not the only multicellular organism to “come to life” after thousands of years spent in permafrost. 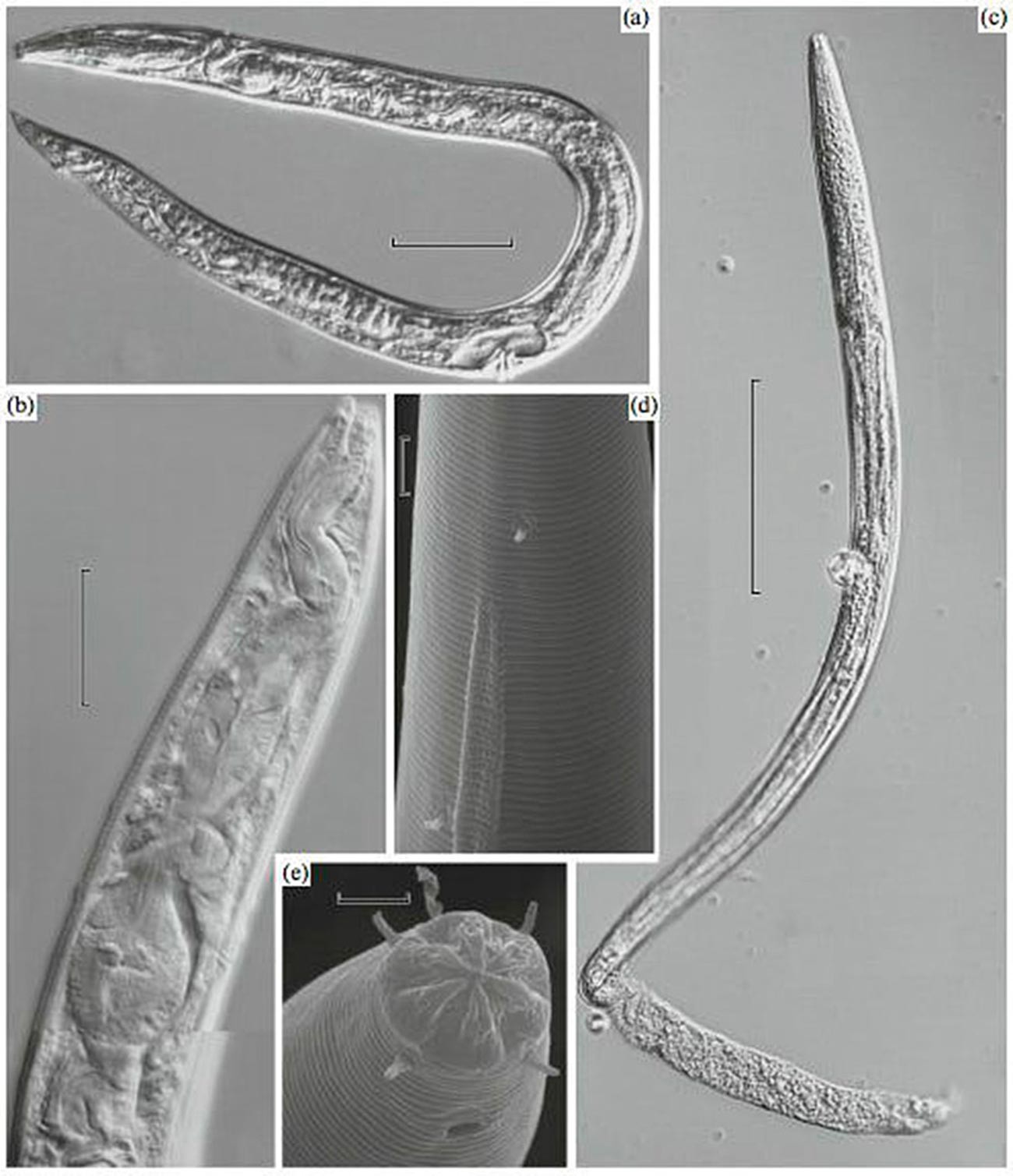 The rotifers’ longevity record was broken by nematode roundworms. The first reports about them came out in 2018. The same Institute of Soil Science reported the discovery of ancient nematodes that were 42,000 years old!

Furthermore, they were found by chance. Scientists had placed samples of frozen soils in Petri dishes with a nutrient medium, in order to study communities of frozen unicellular organisms. But, together with them, multicellular nematodes also came to life. “We saw the worms only when they started moving. It was about two weeks after they thawed,” said Anastasia Shatilovich, a senior researcher. 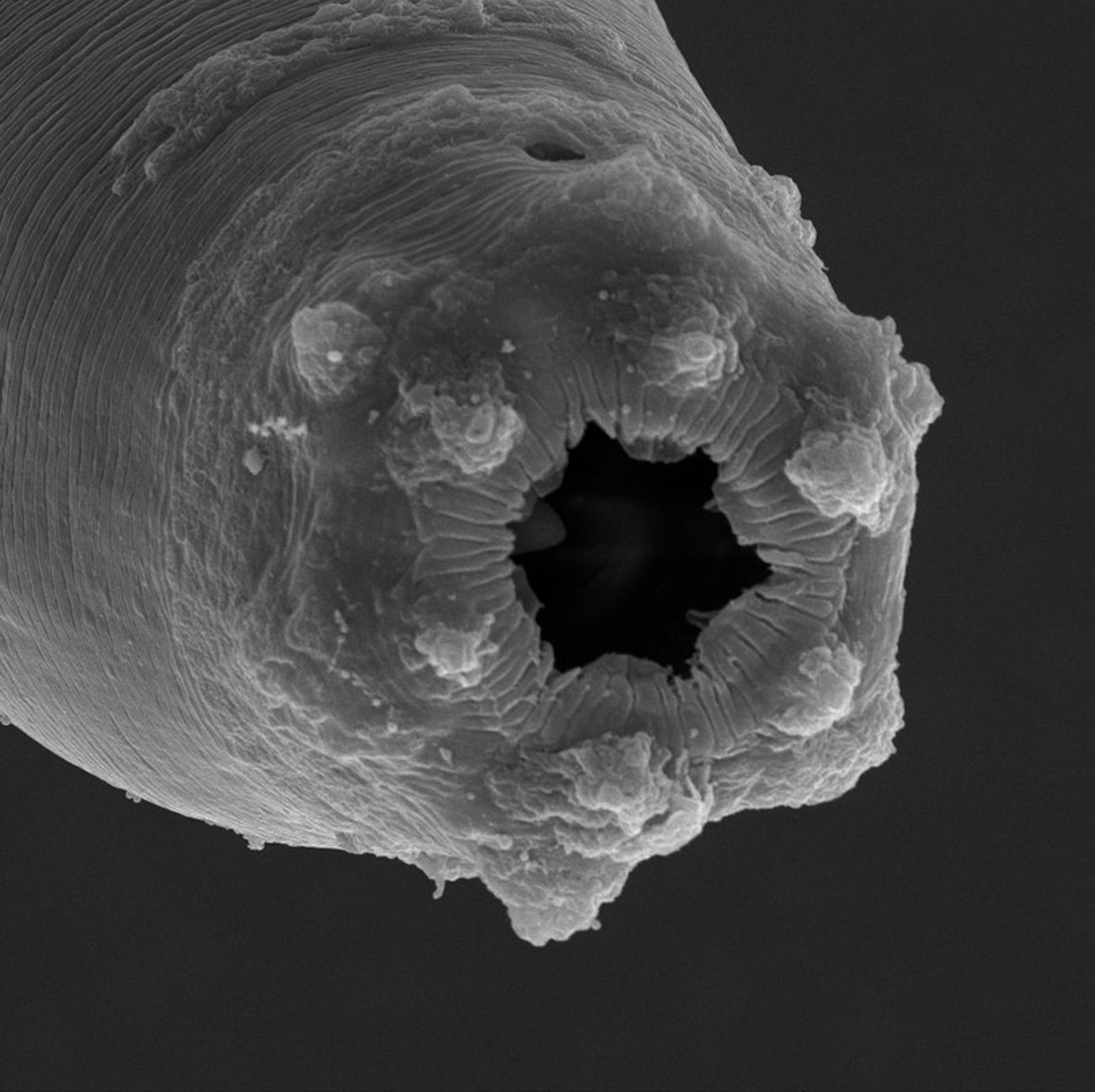 Now, some of the roundworms are frozen, some are desiccated and some are living and reproducing.

However, same as with the rotifers, it is still not clear what exactly allowed them to survive such a long cryopreservation. Judging by the well-known biochemical reactions in multicellular organisms, it should not have happened under any circumstances. 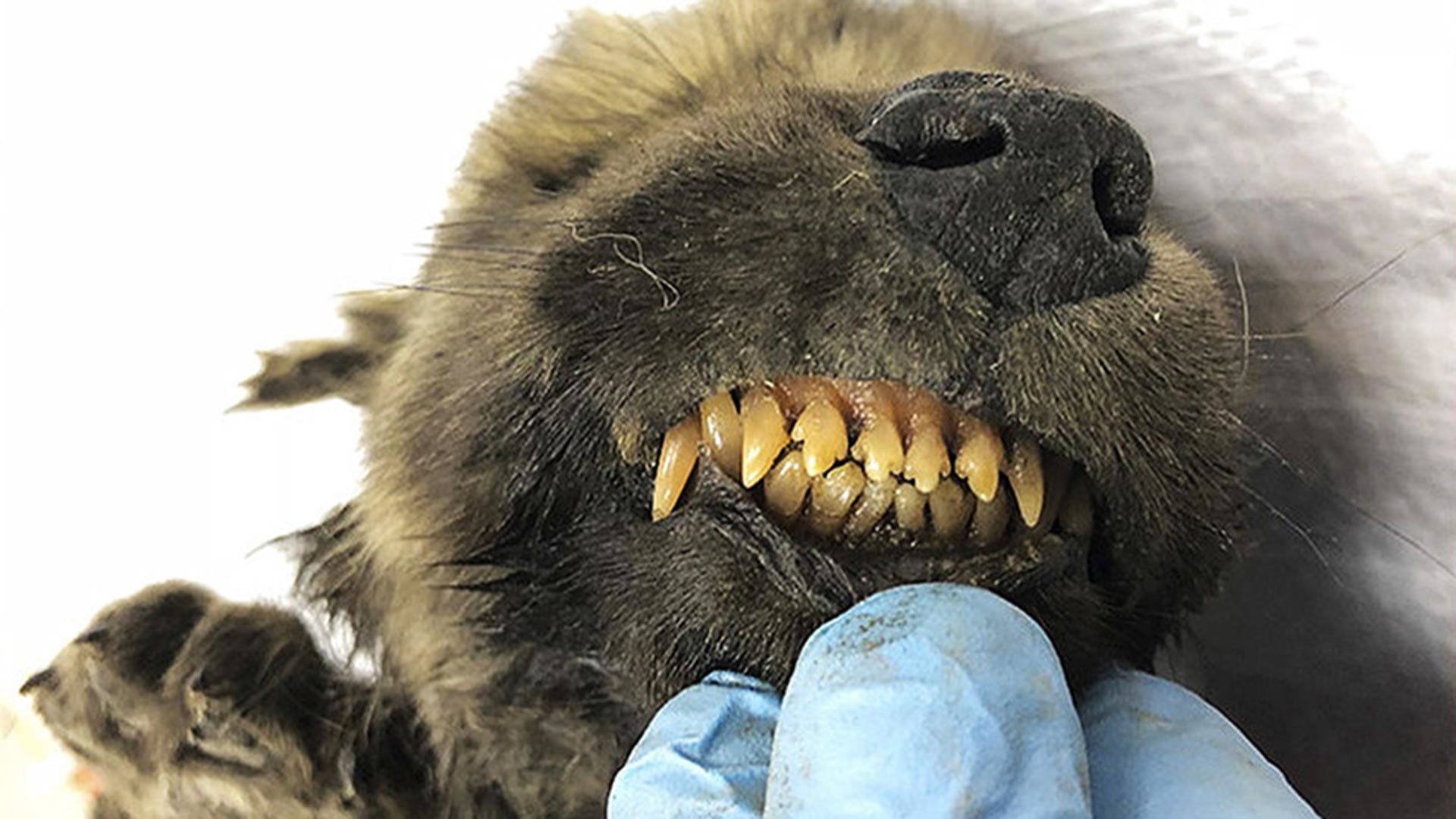 Also found in Yakutia’s permafrost were three mummies of prehistoric puppies. Two were discovered in 2011 and 2015 on the banks of the Salakh River. They were three-month-old puppies from the same litter, which had remained in the frozen ground for 12,500 years. The puppies, most likely, were killed in a landslide, but both were very well preserved. One even had its brain still practically intact. 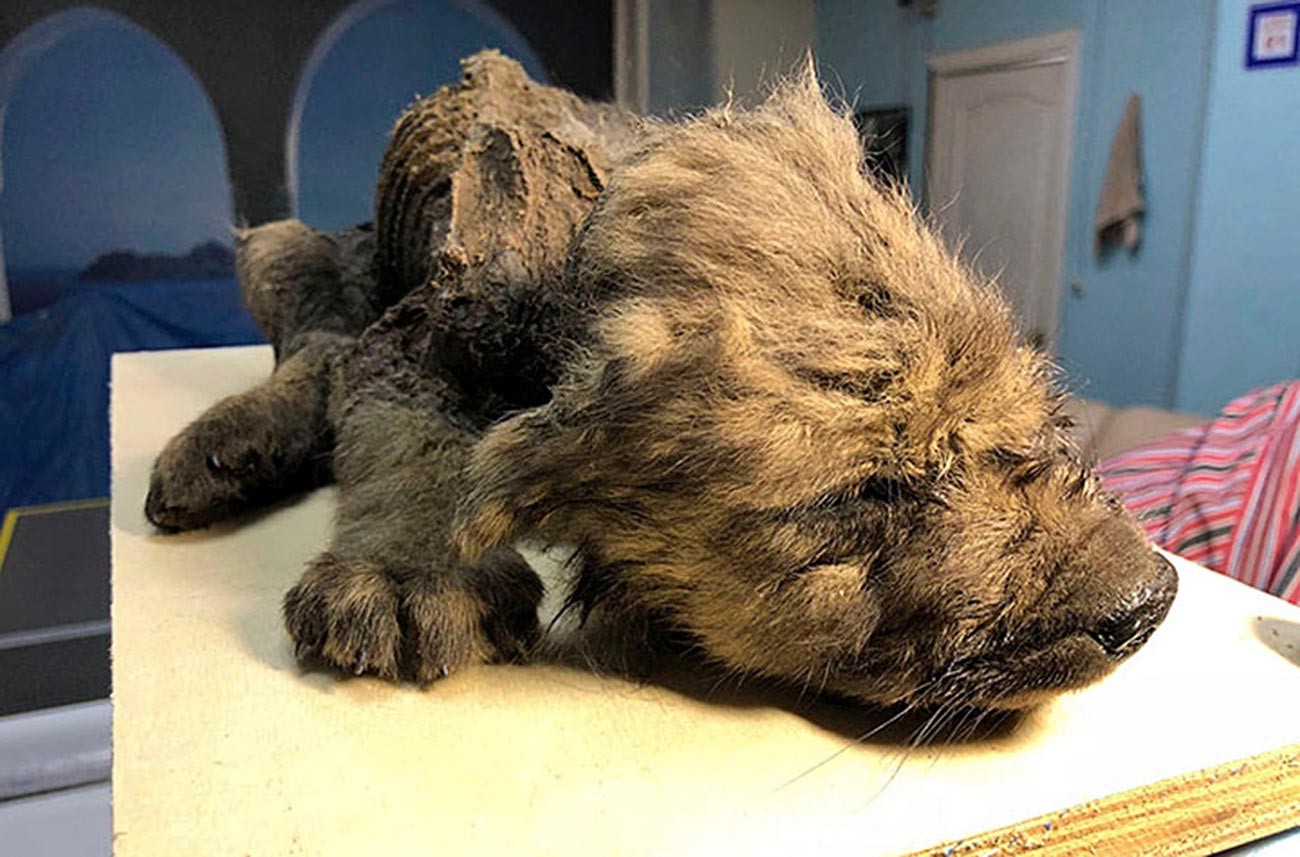 The third mummified puppy was found in 2018 in a lump of soil by local residents in Yakutia's Abisky District, 360 km to the north of the first find. A study showed that it was less than two months old, still had its baby teeth and had spent about 18,000 years in permafrost. It had not only its coat and whiskers intact, but also its eyelashes and its velvety nose. However, it still remains unclear what the prehistoric puppy was - a wolf, a dog, or a so-called wolf dog? Samples of the puppy’s genome were sent to the Swedish Center for Palaeogenetics (CPG), which has Europe’s largest canine DNA bank, but no genetic match for the Yakutian puppy has been found. Scientists believe that it could be one of the oldest domesticated animals. 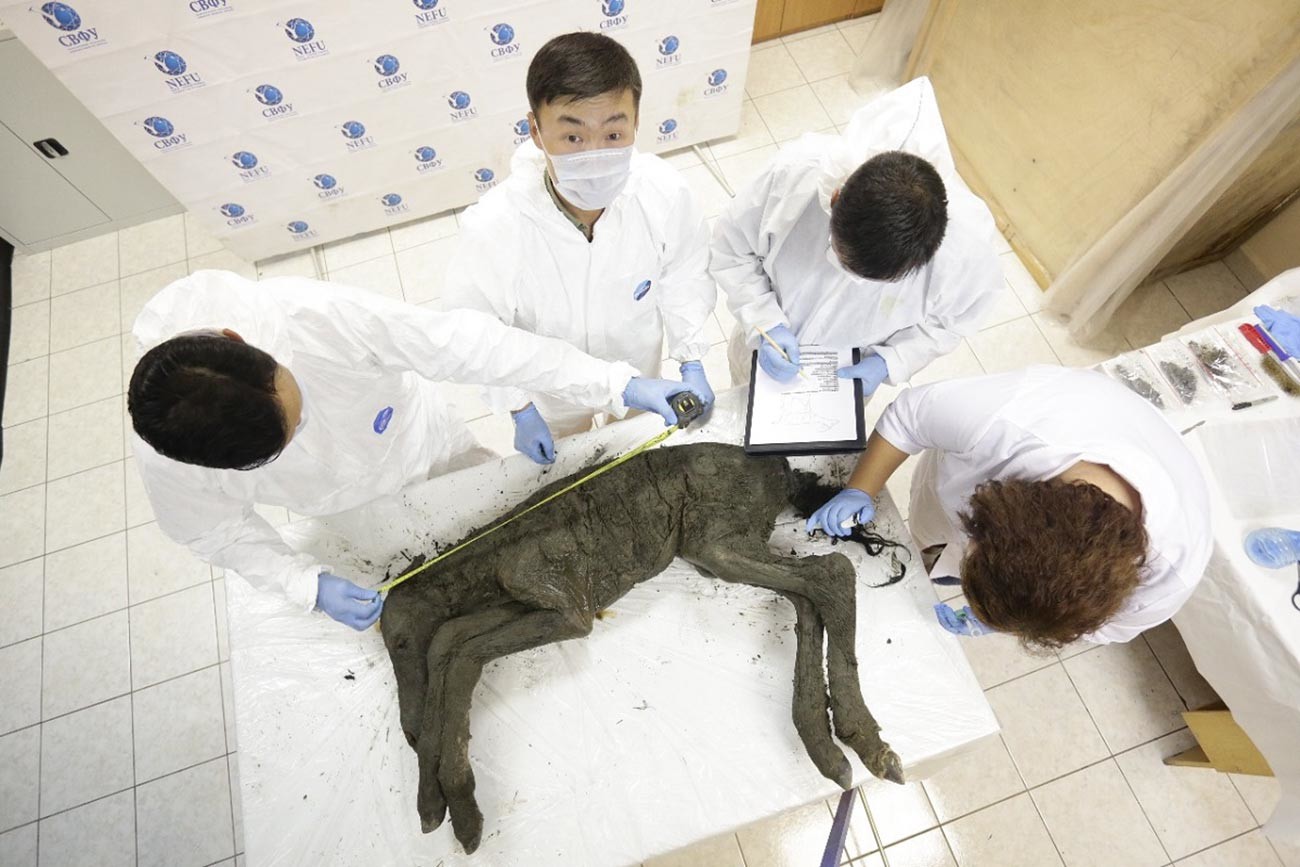 Another unique find is the world’s only carcass of an extinct Lena horse, which spent 42,000 years in permafrost. It was found in the Batagay fault, also known as the ‘Gates of Hell’.

According to Semyon Grigoryev, director of the Mammoth Museum, this horse is the best-preserved Ice Age find in the world. The carcass has no visible damage. 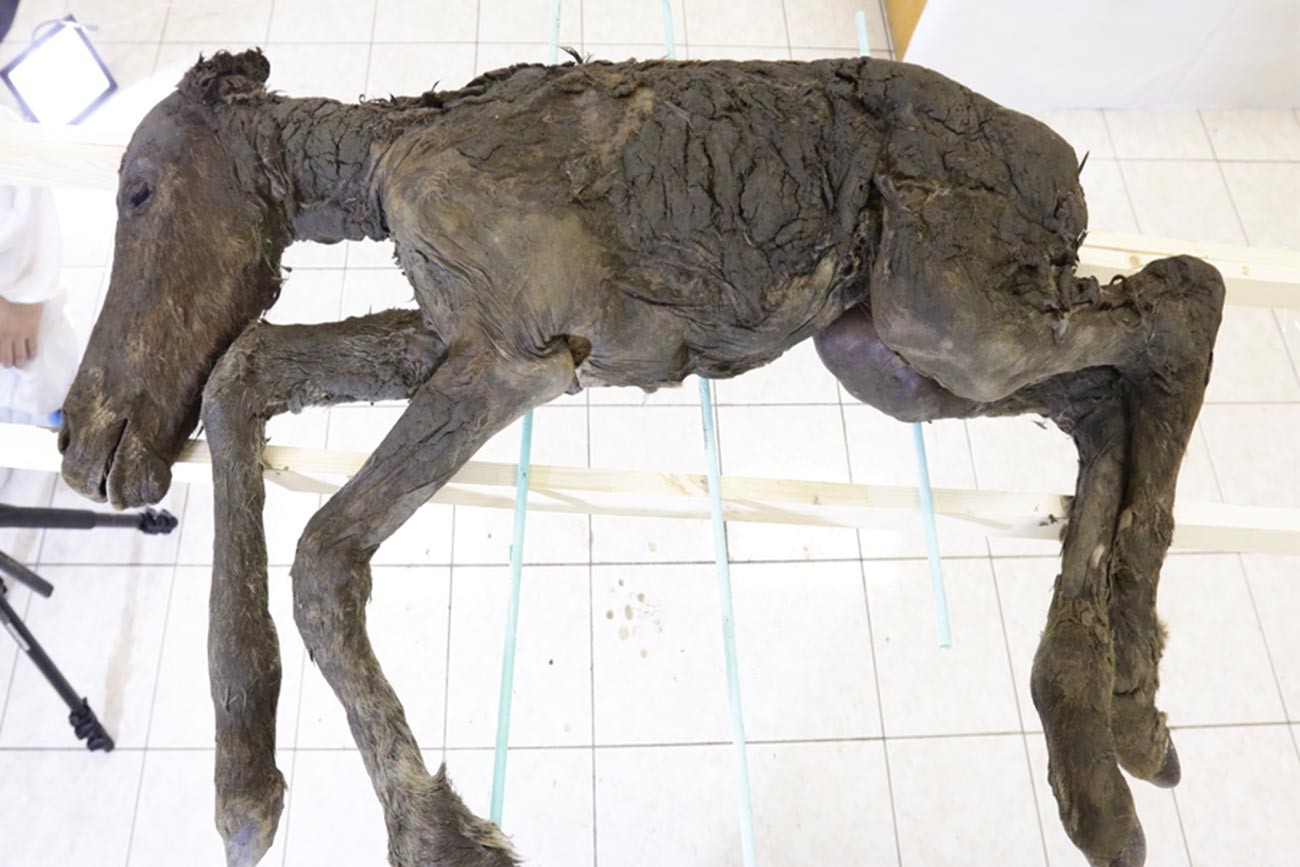 A forensic examination showed that at the time of its death, the horse was about two weeks old: it had fallen into the fault and drowned in mud, as evidenced by the remains of silt in its internal organs. The mud quickly froze, which prevented the rot from touching the horse's internal organs: even after 40,000 years, its soft tissues remained reddish in color and scientists were able to extract samples of liquid blood from the vessels of its heart, making it “the oldest blood in the world”. Together with scientists in Seoul, they have been trying to extract viable cells from the blood, which could be used to decode the genome and clone the extinct species, but so far their experiments have not been successful. 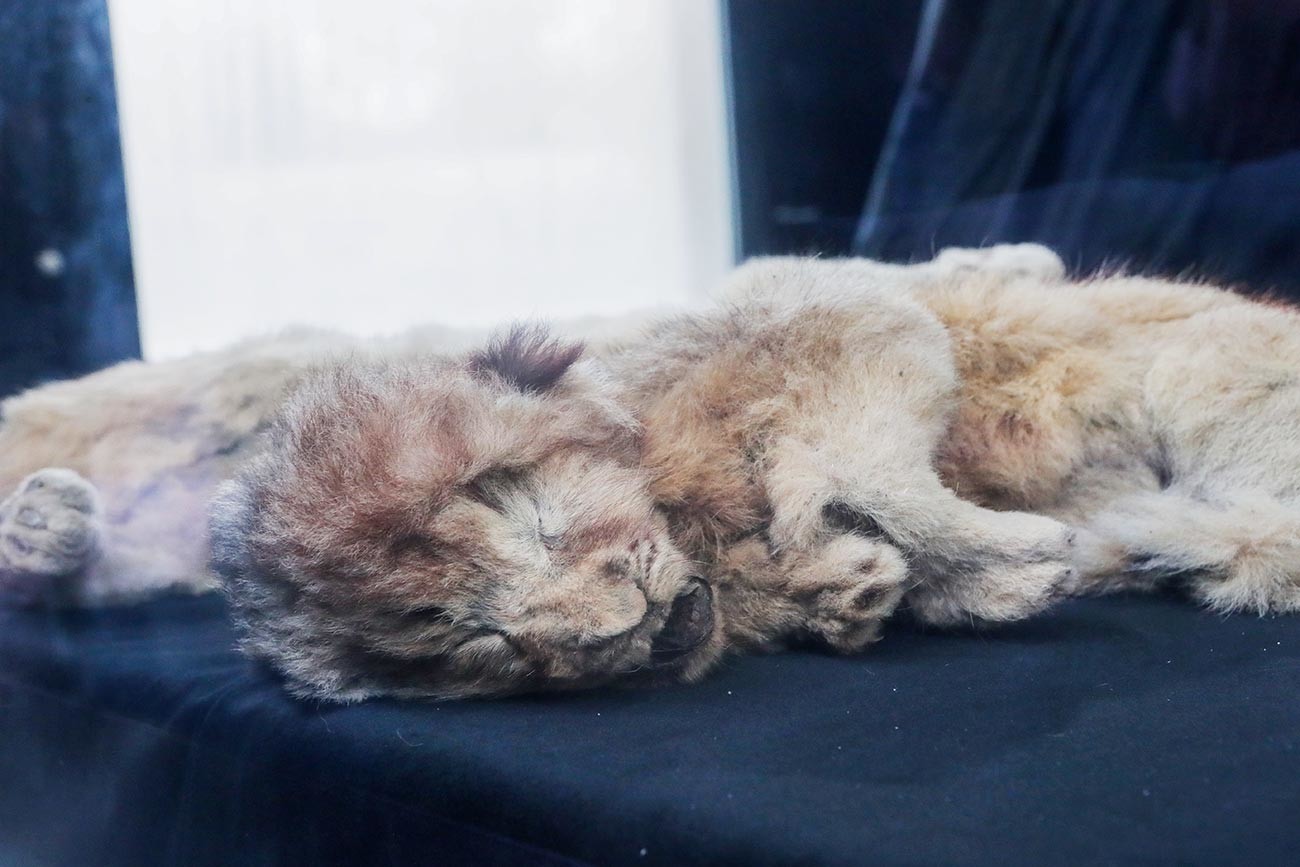 At one time, huge cave lions, aka Panthera leo spelaea, walked the territory of modern Siberia. They were two meters long and weighed about 260 kg. Clues as to what they may have looked like can be drawn from four lion cubs, whose bodies were found in 2015, 2017 and 2018. The oldest of them had spent 47,000 years in permafrost. 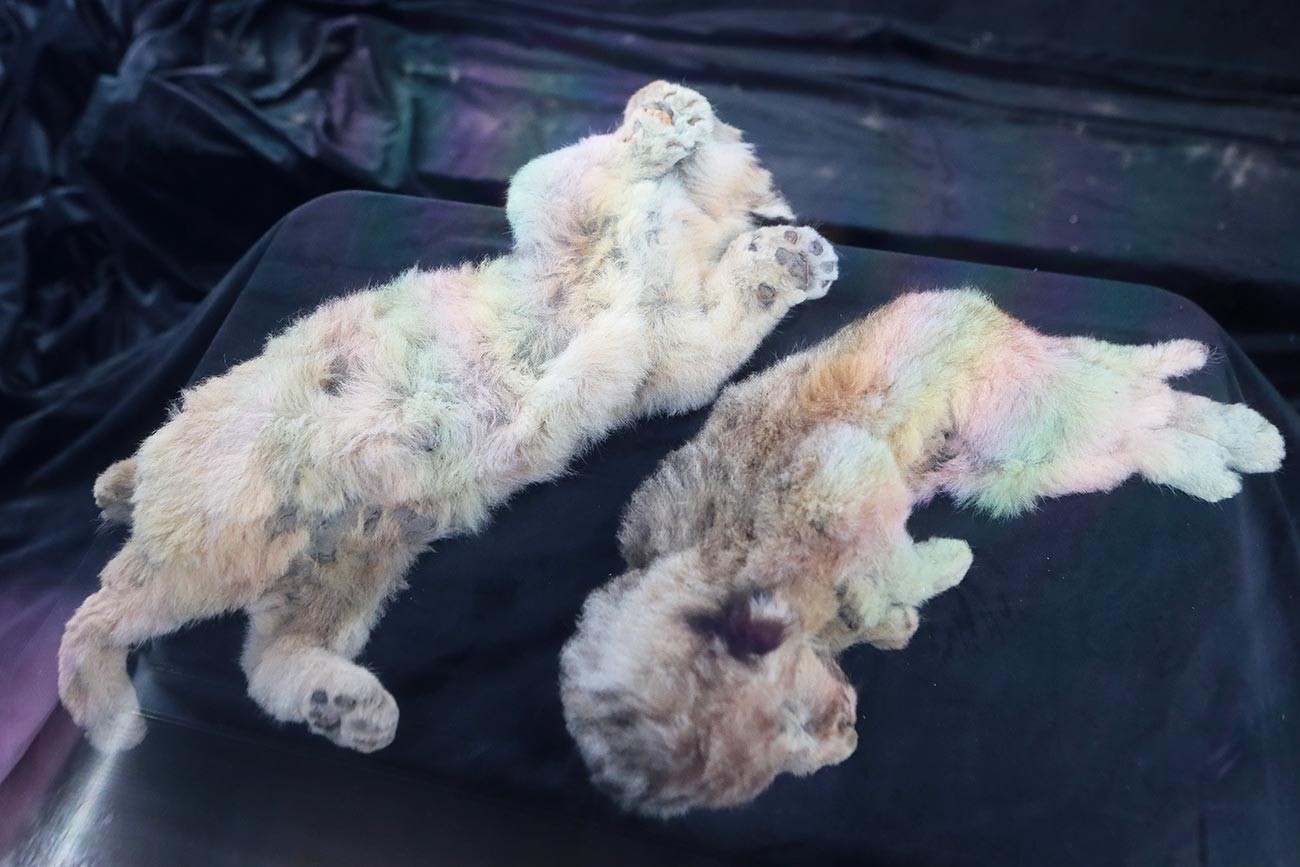 Incidentally, their discovery confirmed the theory that Panthera leo spelaea had a spotted fur coat. Until then, the prevailing theory was that the prehistoric artist who painted spotted lions on the walls of the Chauvet Cave in France had taken a certain artistic licence. Two of the lion cub mummies found in Yakutia indeed have thick and spotted fur. 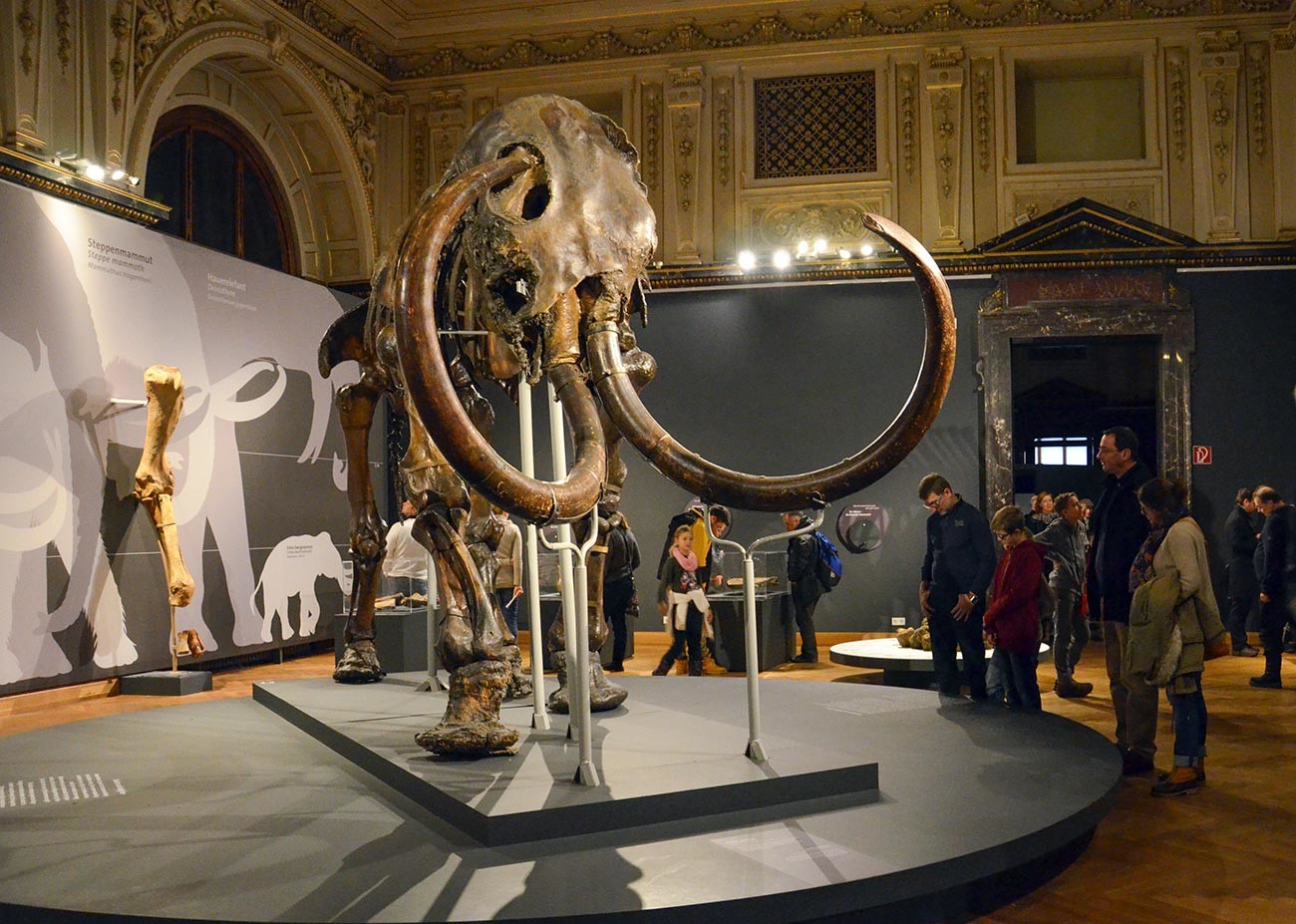 About 70 percent of mammoth bones and other remains of the mammoth fauna existing in the world are located on the territory of Yakutia. That is why they are the most frequent find there. The first mammoth was discovered in 1799. The Lena mammoth (also known as the Adams mammoth) was the first complete mammoth skeleton that scientists managed to get hold of, albeit after a bit of a wait. First, the local Evenki waited for four years for the permafrost in which the mammoth carcass was lodged to thaw, then they severed the tusks and sold them to a local merchant. Through him, the news of the find reached Mikhail Adams, a zoology associate at the Imperial Academy of Sciences, who brought to the Kunstkamera museum in St. Petersburg everything that remained of the mammoth: the skeleton with large chunks of skin, two legs and an eye. 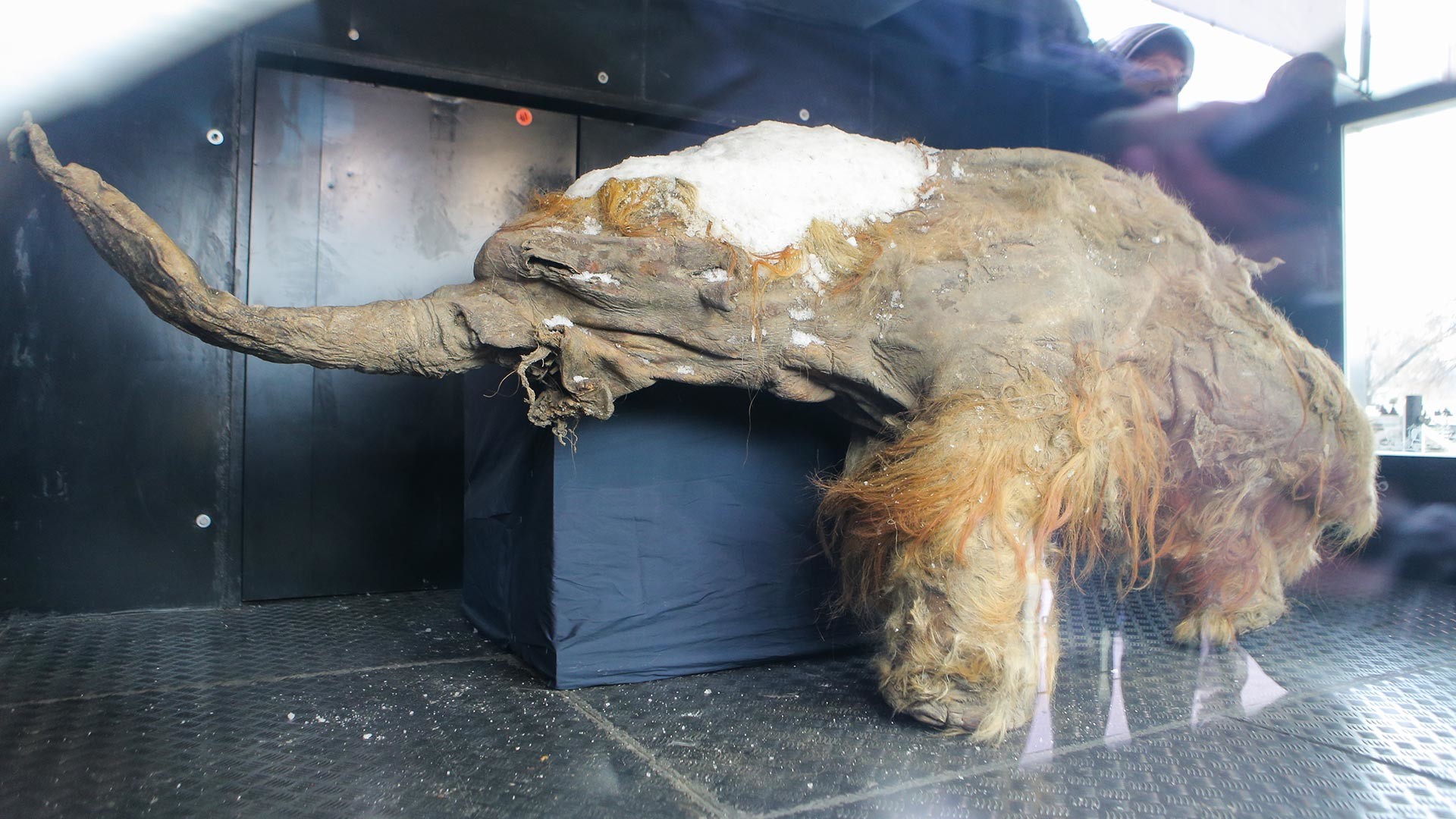 However, the best preserved mummified mammoth is a young female, who lived about 28,000 years ago. Yuka, as it became known, was discovered in 2011 on the southern coast of the Laptev Sea. It stood 165 cm tall and had a body over two meters long, from the base of the trunk to the tail. The nuclei of its muscle cells were so well preserved that researchers transferred them into living mouse oocytes, with five of them showing “signs of biological activity”: reactions that usually occur before cleavage. But the cleavage itself never happened.