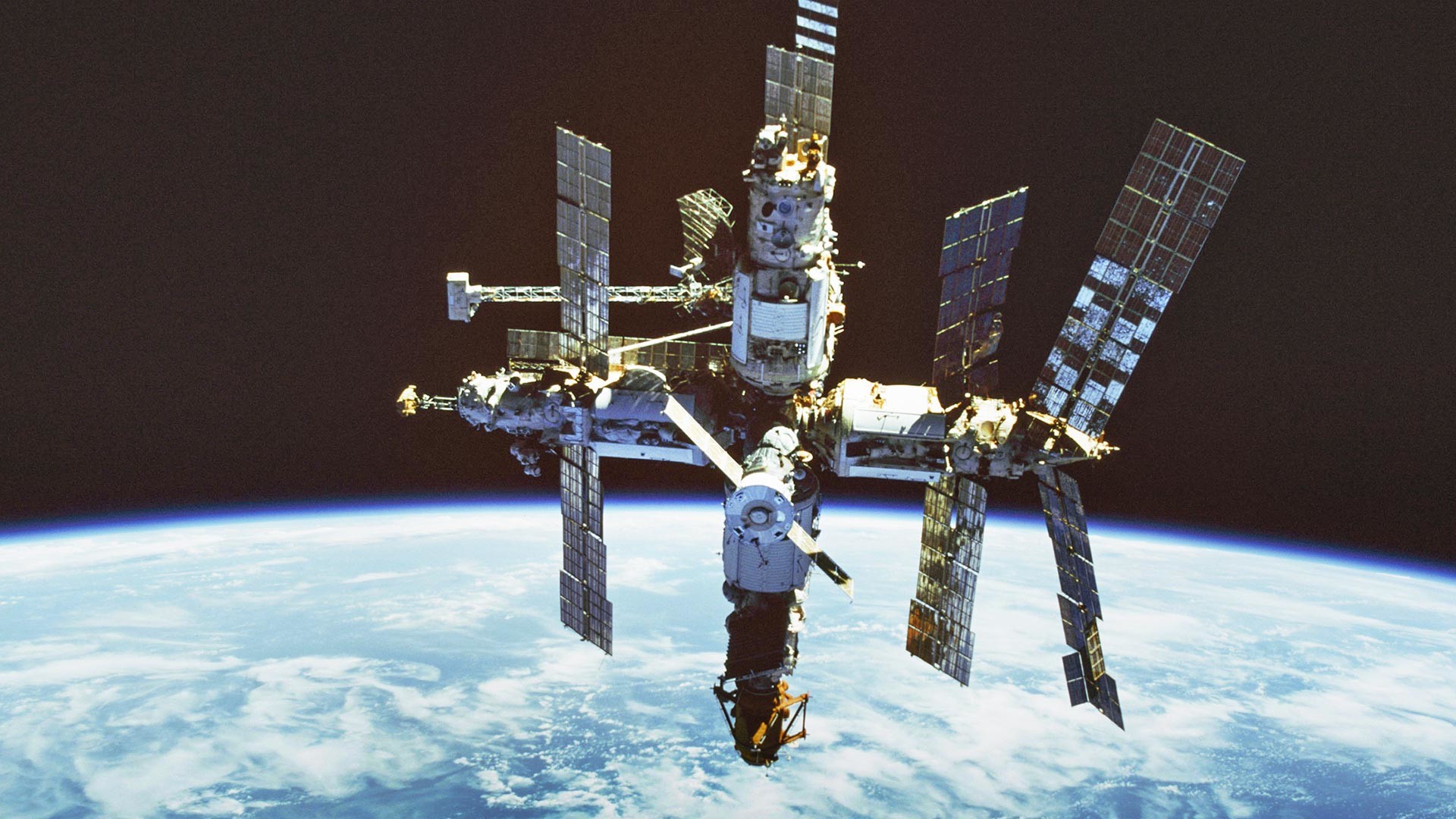 On March 23, 2001, the legendary space station was sunk in the Pacific Ocean after 15 glorious and troublesome years in space.

1. It made the ISS possible 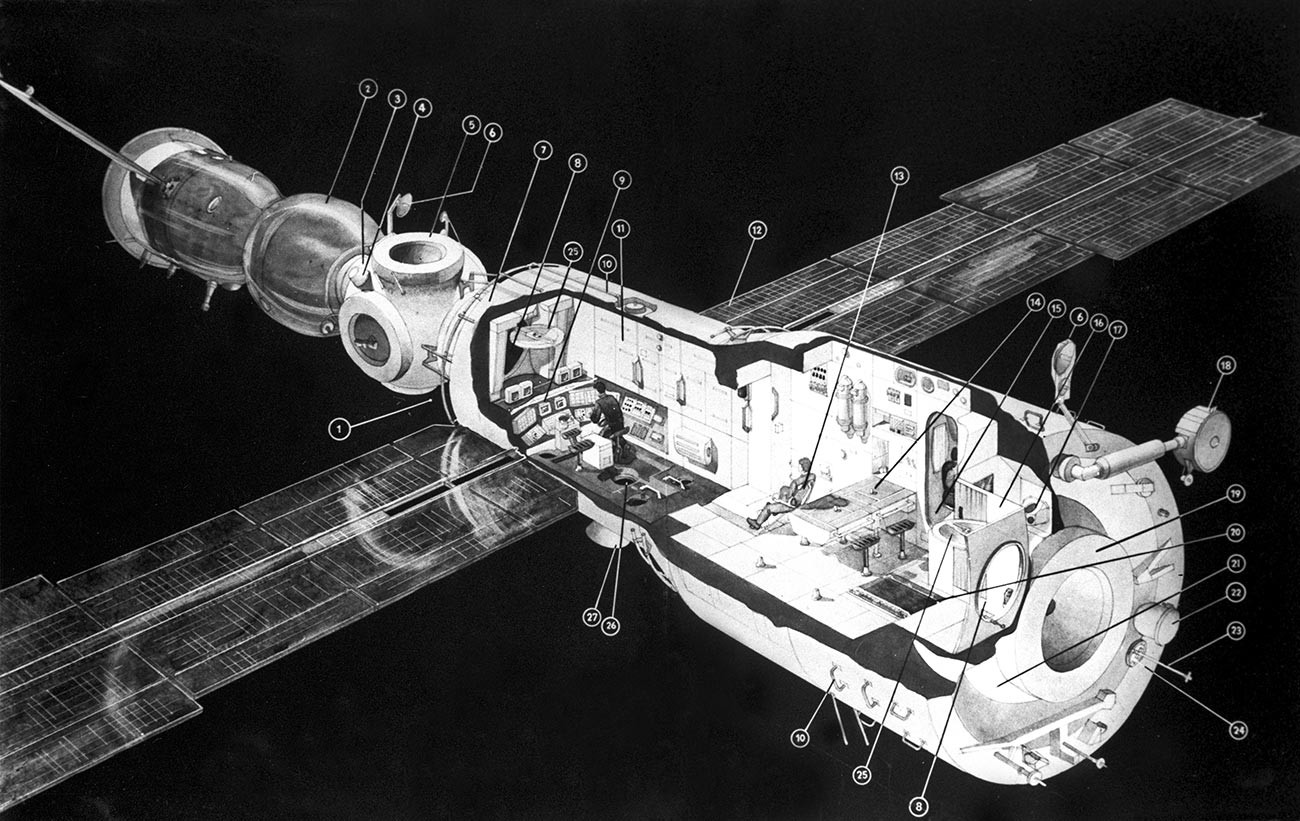 When the USSR launched the Mir space station into orbit in 1986, it became the first manned modular station. For a long time, Mir was the only platform to test and prepare for prolonged periods of work in space. Since then, it was frequented by many astronauts from various countries. Lessons learned throughout the years helped to enhance the International Space Station, among other things. 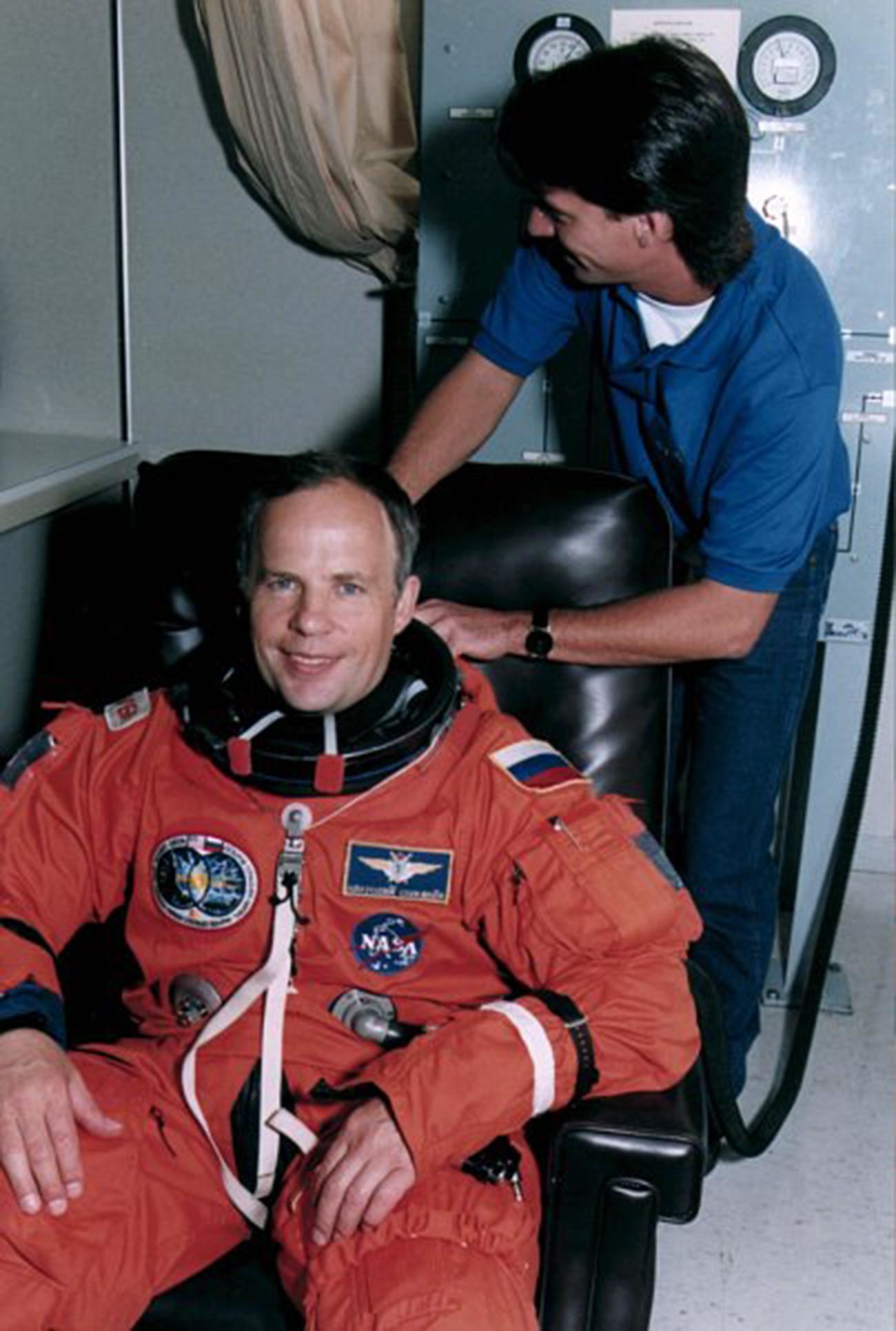 The station was specifically used for hosting prolonged space missions. Not surprisingly, two world records concerning the longest period in space, among men and women, were set on the Mir station by Russian cosmonaut Valeri Polyakov and American astronaut Shannon Lucid, respectively.

Russian cosmonaut Anatoly Solovyev holds the world record for the number of spacewalks, 16 in total, and on accumulated time of spacewalking - 82 hours - all performed while aboard the Mir space station.

3. It became the symbol of international friendship 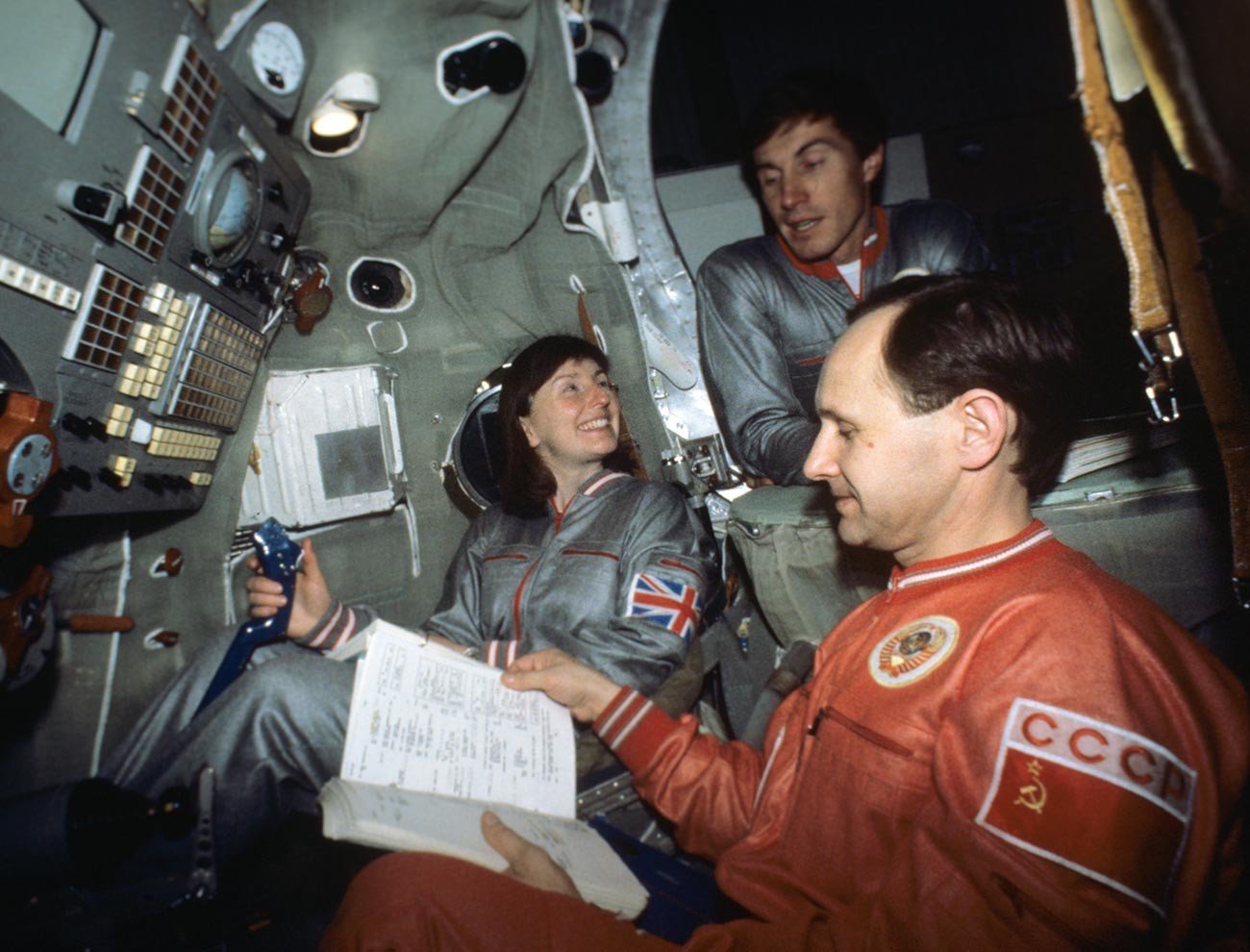 The first foreign crew stepped on board the Russian Mir station in 1995. Since then, astronauts from the U.S., Canada, the UK, Austria, Germany, France, Japan, Slovakia, Bulgaria, Syria and even Afghanistan visited the space station, turning it into a symbol of solidarity in the name of science.

The station also hosted the banner of peace, a symbol of the Roerich Pact, dedicated to the protection of artistic and scientific institutions and historical monuments, onboard from February to August 1990.

4. It ran a joint program with American Space Shuttles 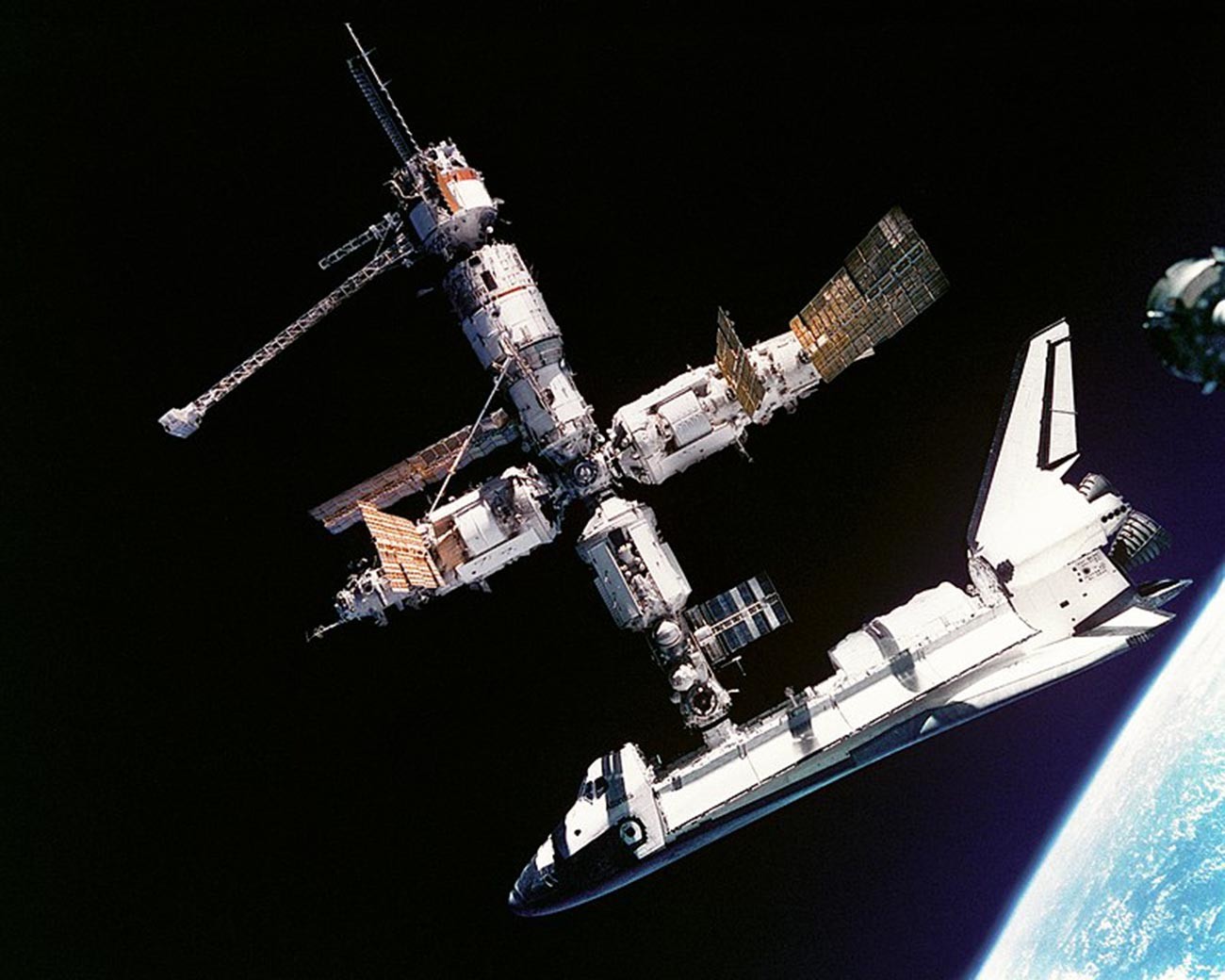 This view of the Space Shuttle Atlantis still connected to Russia's Mir Space Station was photographed by the Mir-19 crew on July 4, 1995.

The Mir-Shuttle program that started in 1993 was a collaborative program between space agencies of the U.S. and Russia. For four years, Russian cosmonauts used American-made Shuttles to reach the Mir station and American astronauts used the Soyuz spacecraft to engage in long-duration missions aboard the Mir space station. The program ended in 1998.

5. It survived a serious accident 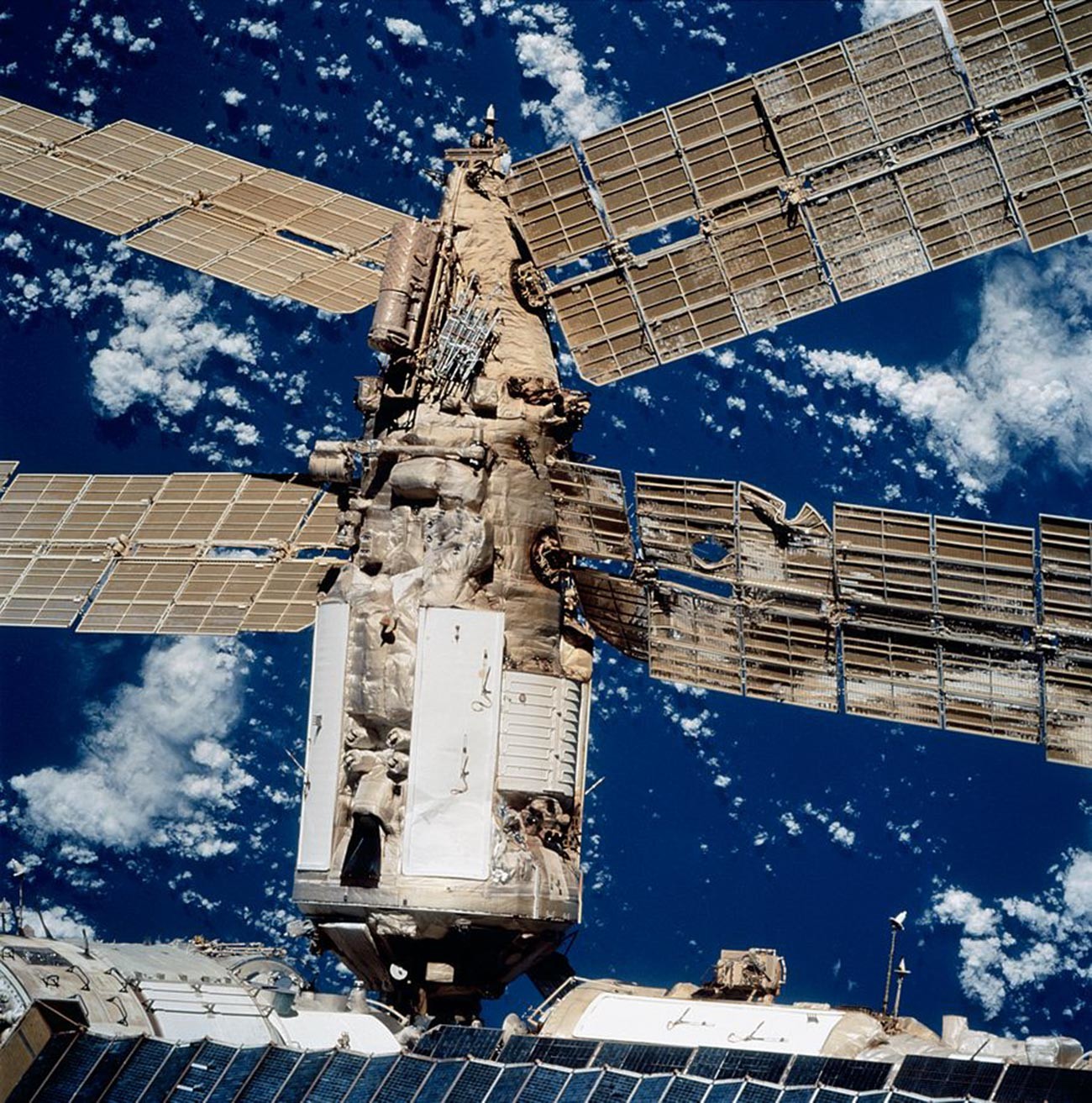 The most serious accident happened on June 25, 1997, when an error of the new control and approach system caused a collision between the Progress M-34 transport ship and the docked Spektr module of the Mir station.

The collision damaged solar panels and caused a major loss of power on the station. It proved impossible to fix the damaged module, so the cosmonauts just sealed it off. The module remained that way up until Mir was sunk into the Pacific Ocean in 2001. 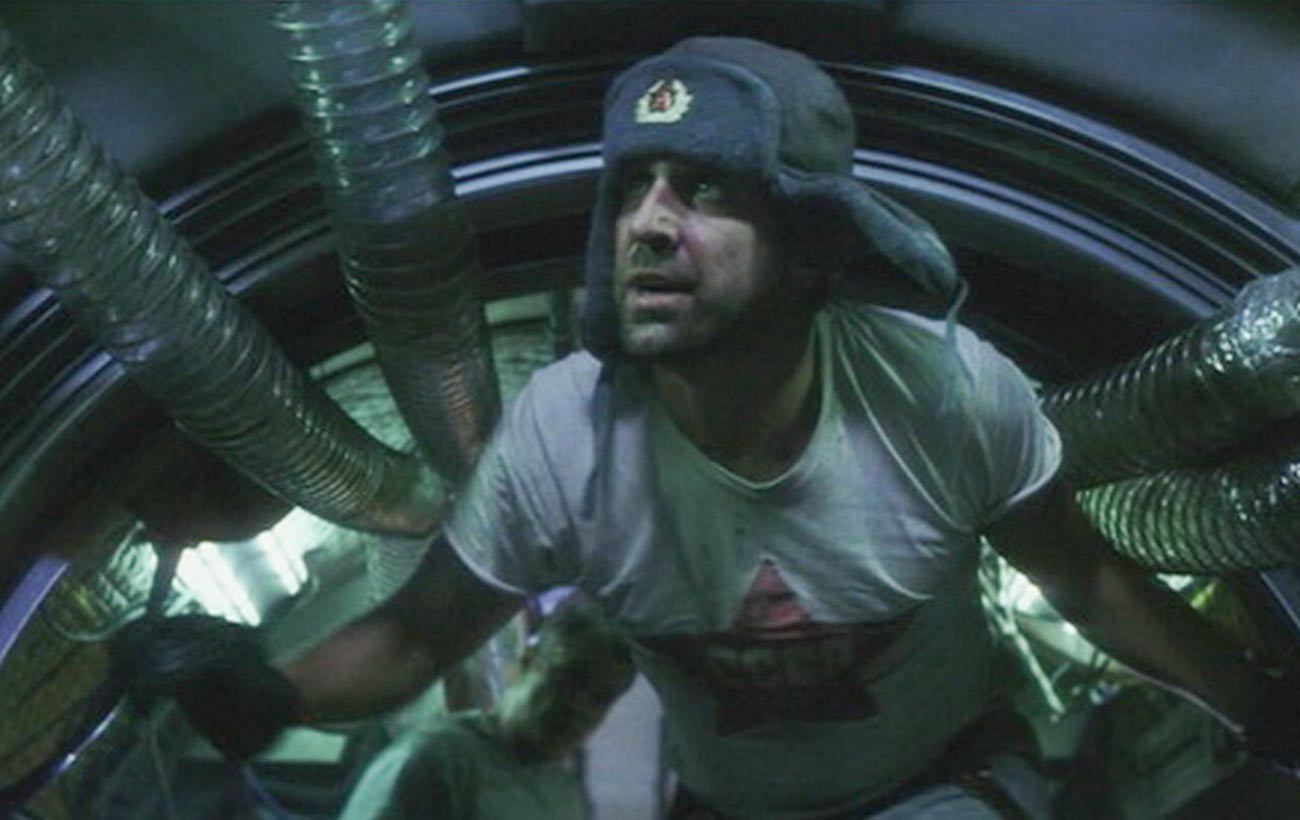 A scene from the Armageddon movie.

The Mir station appeared in popular culture a great many times. It featured in movies like ‘Armageddon’, ‘Virus’ and ‘Iron Sky’, as well as in ‘Red Alert 3’ and ‘Fallout Tactics: Brotherhood of Steel’ computer games. 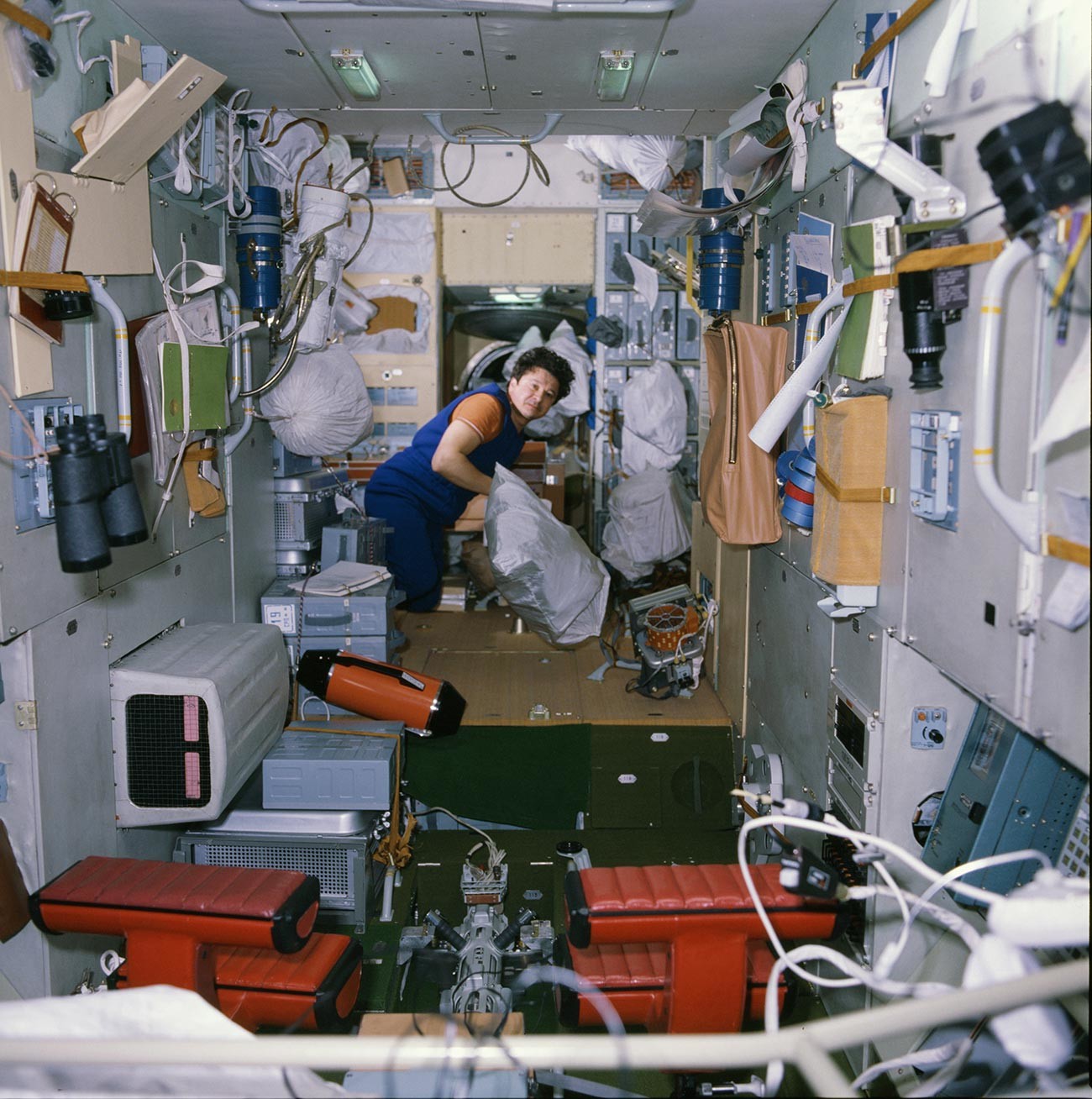 In total, the first manned modular station lasted for 5,511 days in Earth’s orbit. 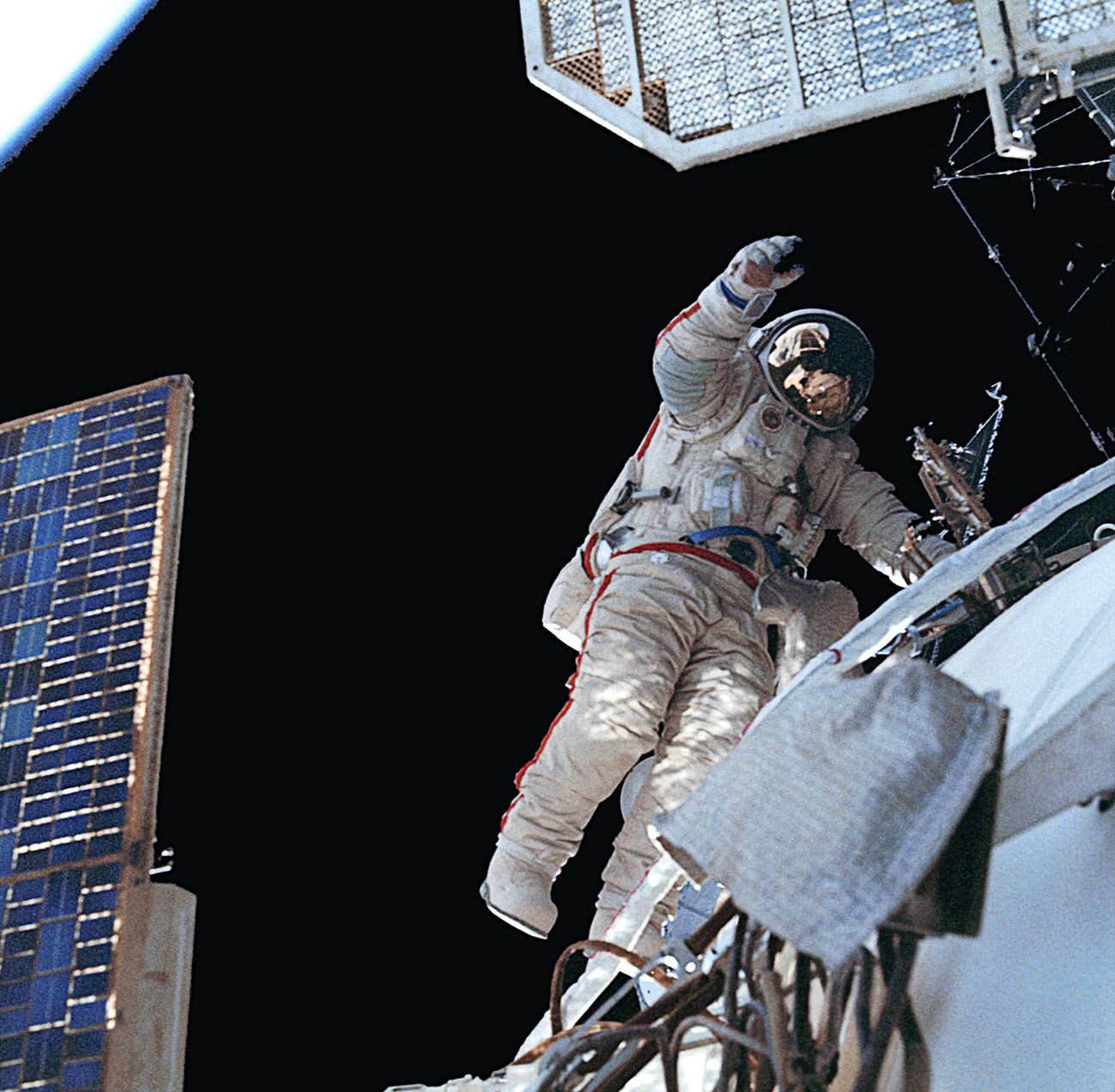 Cosmonaut Alexander Volkov during a spacewalk.

Among other things, scientific missions to the Mir space station helped scientists to learn to predict earthquakes more accurately.

9. Eventually Mir wore down and was decommissioned 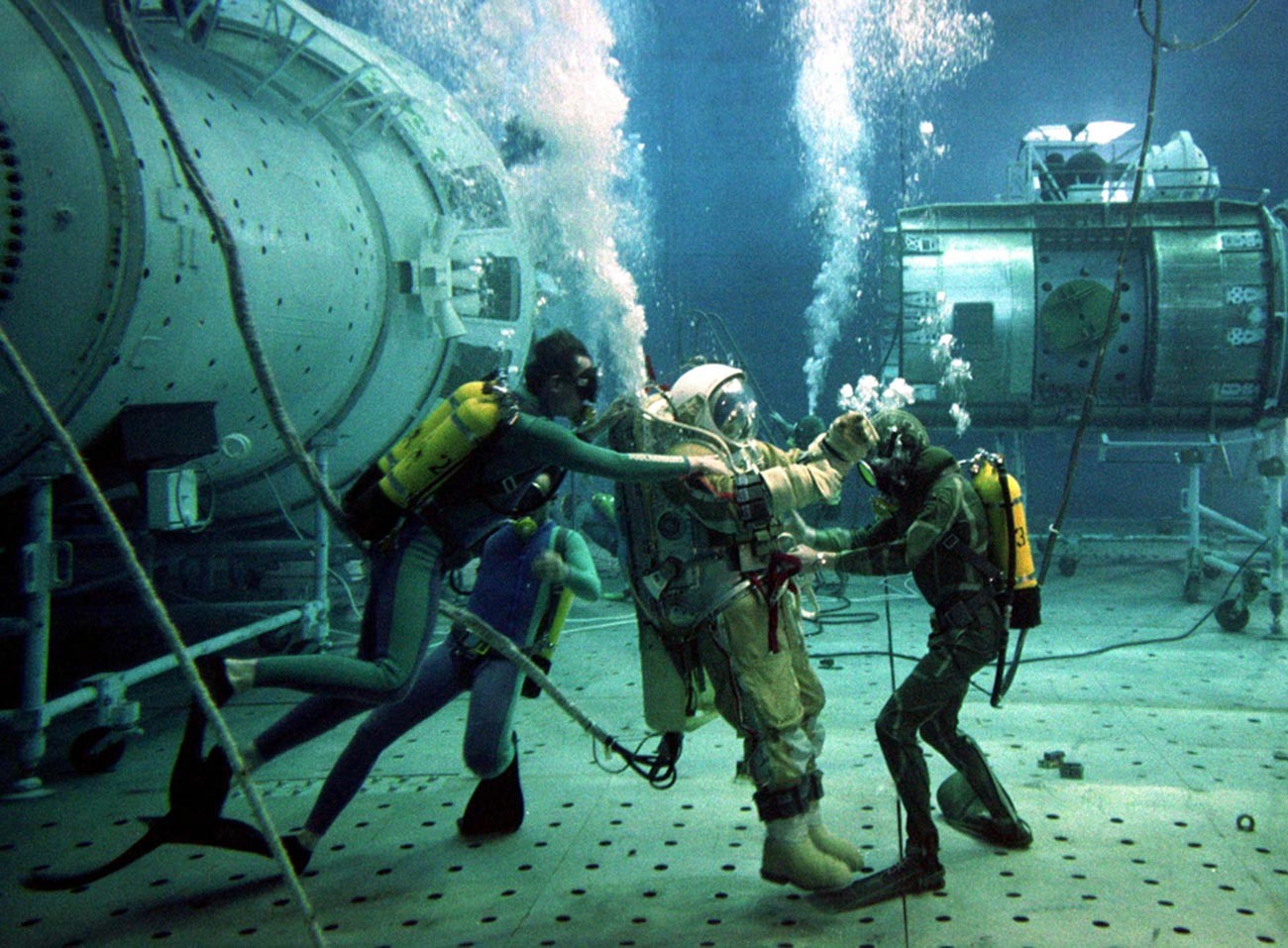 Russian test instructor Oleg Pushkar is assisted by divers during underwater tests on a replica of the damaged Mir space station July 4. 1997.

With time, constant failures on the Mir space station indicated it had become outdated, needing major investments to sustain its operation that, by 2001, had lasted 15 years. That was also no longer feasible, so on March 23, 2001, the station was deorbited into a remote zone in the Pacific Ocean known as the ‘Spacecraft Cemetery’.

After the legendary spacecraft was buried underwater, unconfirmed rumors spread that its decommission had been provoked by a deadly virus that had come from outer space. 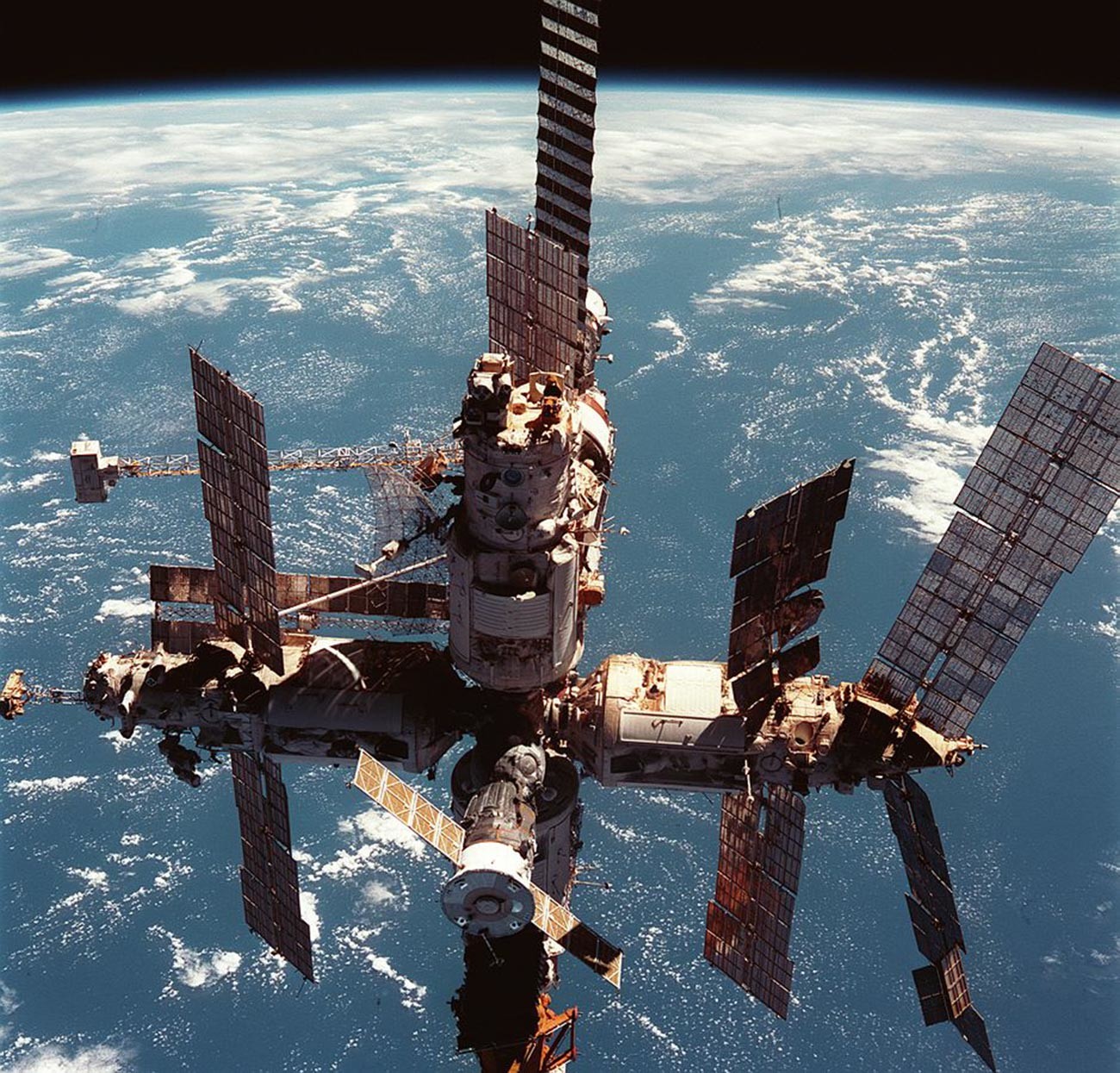 A few months after Mir’s decommission, Belgium astronomer Eric Walter Elst discovered an asteroid that was eventually given the name ‘11881 Mirstation’.

Click here to find out who the first casualty of the Soviet space program was.