The evolution of Russia’s spacesuit - from Gagarin to now (PHOTOS) 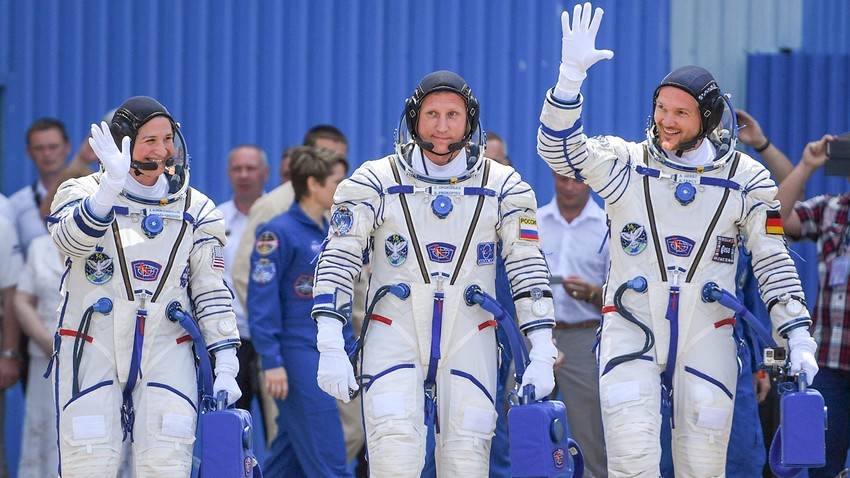 Alexey Filippov/Sputnik
From two layers of rubberized fabric to a suit with a hatch in the back like a fridge door - read our timeline story about what types of protective garments Russians have used throughout all these years for sending people into space.

Gagarin was the first person in the history of mankind to go into space. But what did he wear on such a dangerous journey? Almost 60 years ago, Soviet specialists seriously believed that Yuri Gagarin could be launched into space without any spacesuit at all, just in an ordinary thermally insulated suit!

Had Sergei Korolev, the chief designer of the Soviet space program, not intervened at the last moment, that is probably what would have happened. But the first spacesuit did materialize and space “fashion” has undergone through many transformations since. 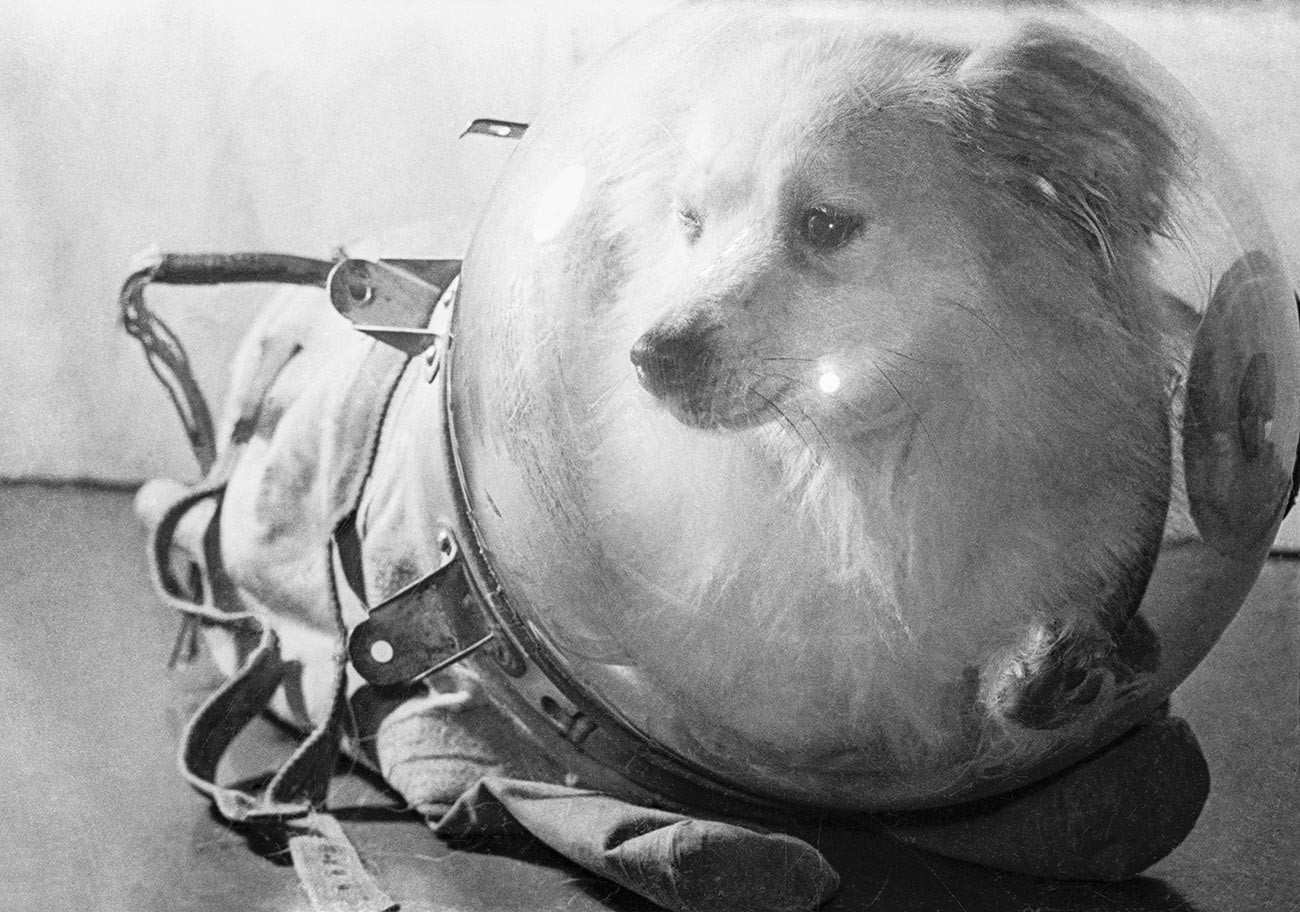 Making a spacesuit for a human was not the same at all as making a spacesuit for animals - specifically, the dogs which the Soviets had sent into space many times since the 1950s. The ‘Vorkuta’ suit used by Su-9 jet fighter pilots became the prototype for the world’s first suit for space flights. It was called the ‘SK-1’ (and was the one Gagarin eventually wore). Only the helmet had to be completely redone - it had pressure sensors installed so that, in the event of a sharp drop in pressure, its mechanism would instantly slam down an airtight, clear visor. 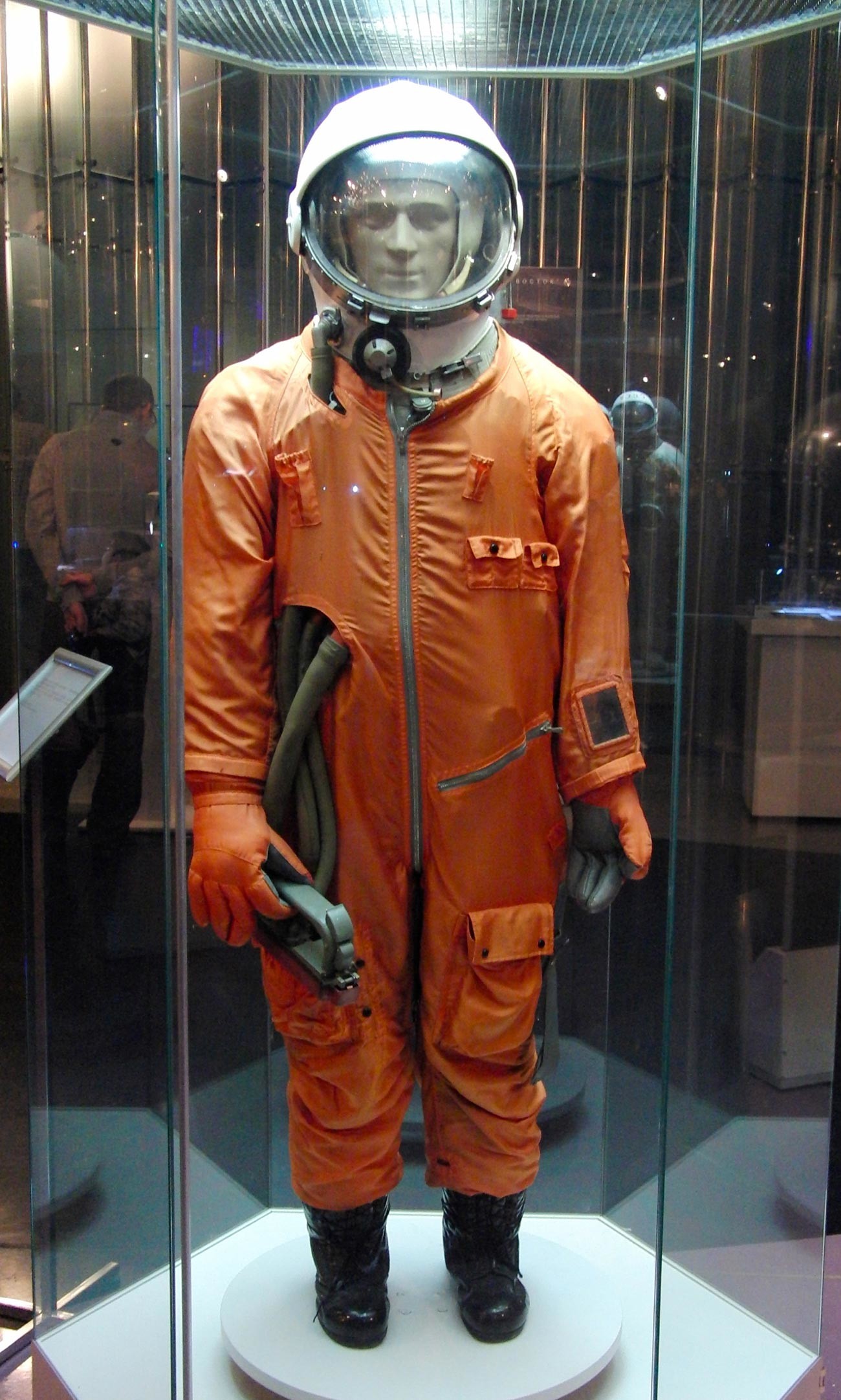 This spacesuit was a type of emergency and rescue suit, which cosmonauts put on for launch and re-entry. They served as a backup duplicating all life support systems - just in case a spaceship malfunctioned or the cosmonaut had to eject. The first spacesuits were made to measure for the selected cosmonauts, Gagarin and two on standby. In the event of cabin depressurization, for example, the spacesuits would have supported the cosmonauts for five hours. Interestingly, even the first spacesuits had a waste collection system, so they didn’t have to be taken off when a cosmonaut needed to answer the call of nature. 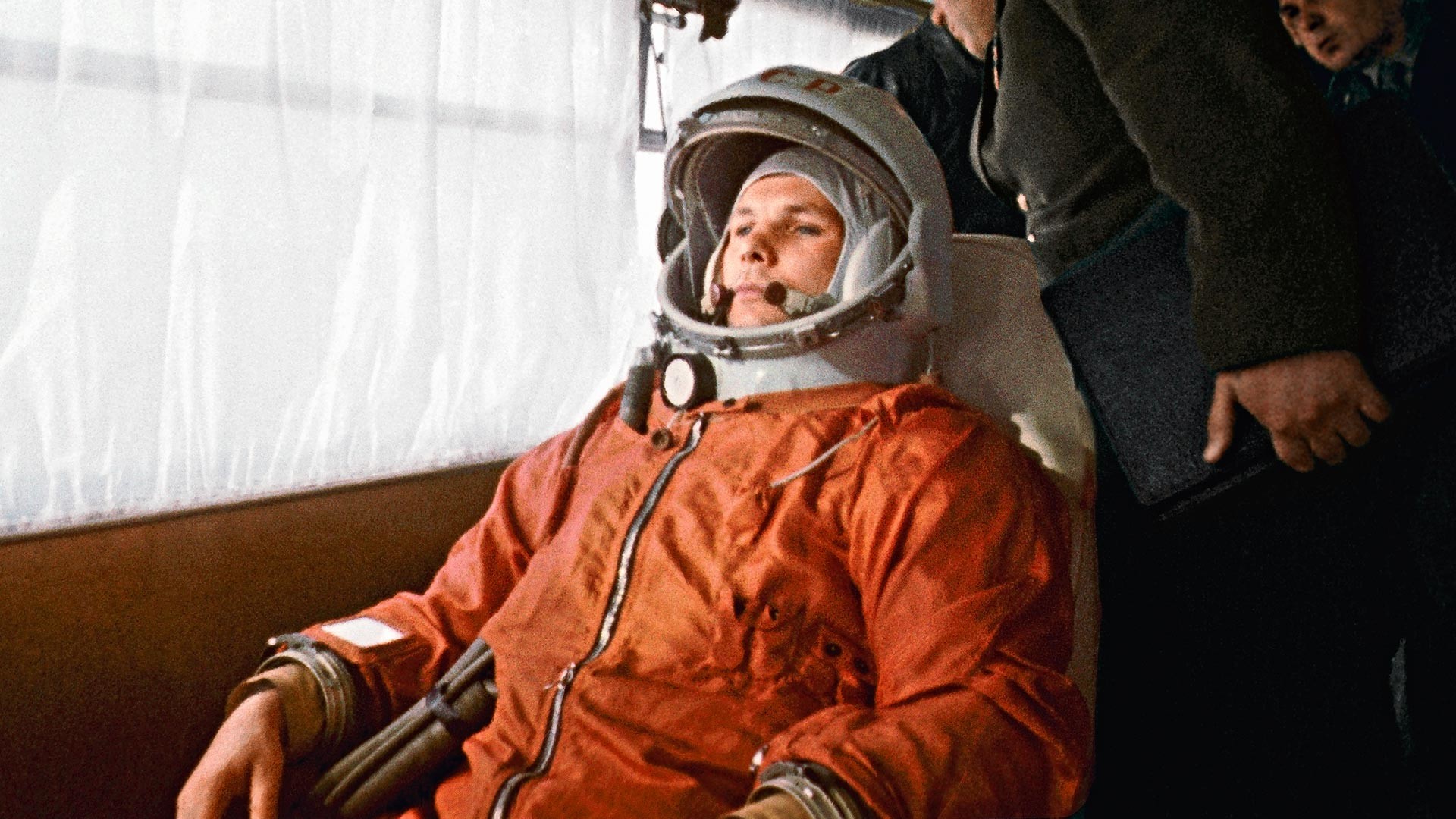 Meanwhile, the USSR realized that the expansion of operations in space would not be confined to the interior of a spacecraft and that a fundamentally new type of spacesuit was needed - autonomous, suitable for spacewalks and performing the functions of a mini-spacecraft. THe first spacesuit of this type was the Berkut.

What cosmonauts wear for spacewalks 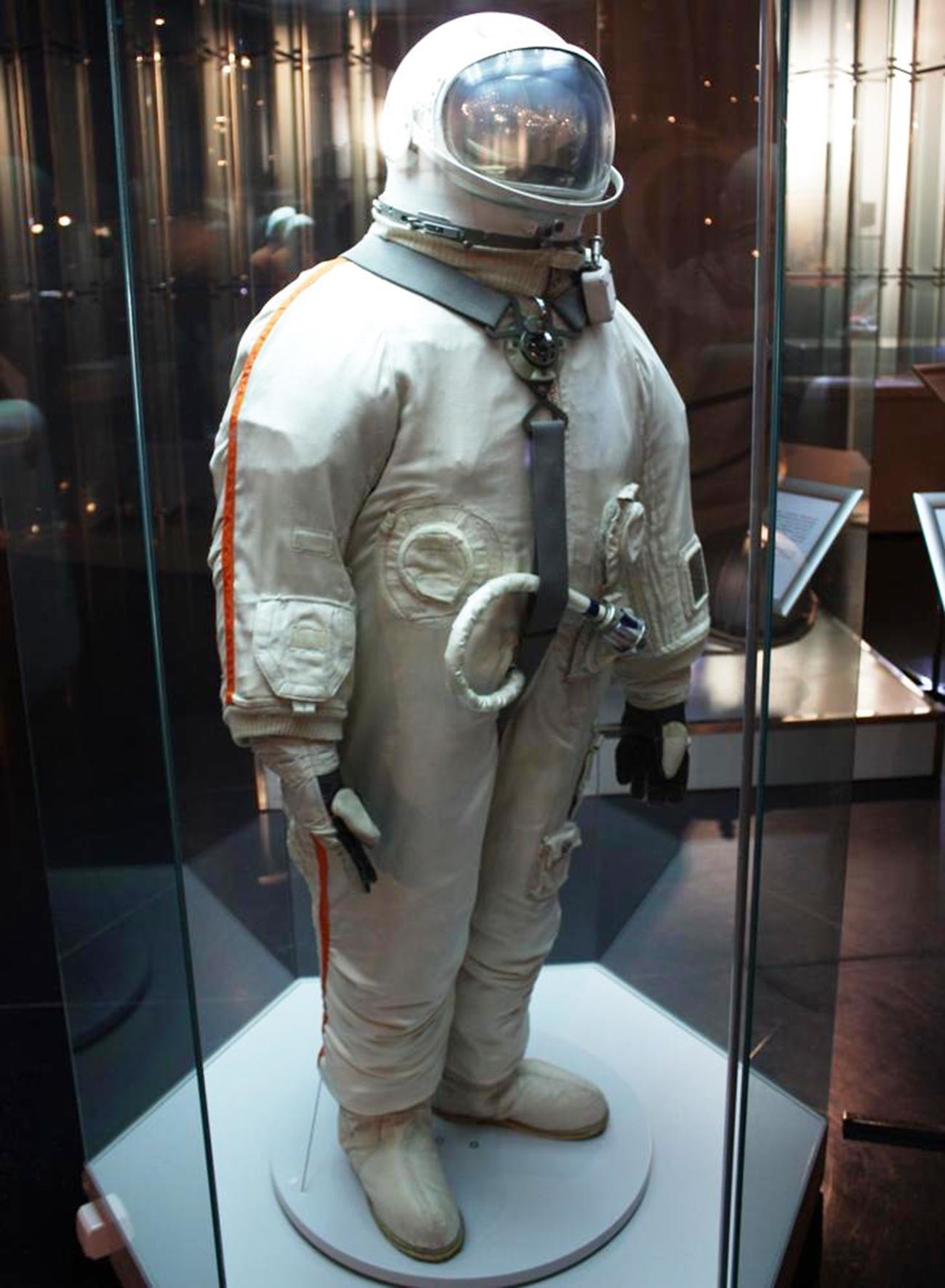 Unlike the SK-1, the Berkut spacesuit had a second hermetic casing and a shoulder pack with oxygen cylinders. But it, too, was made to measure, however, was not very mobile. When Alexei Leonov made his historic, first ever spacewalk, his spacesuit practically lost its pliancy, because of the pressure difference outside and inside, and, moreover, it became distended to such an extent that the sleeve increased in length and the gloves partly slipped off his hands. To return to the spacecraft, the cosmonaut was forced to lower the oxygen pressure inside the suit, at the risk of decompression. And even before his spacewalk, his suit had become completely wet inside because of sweat and condensation - it had no temperature regulation to speak of. 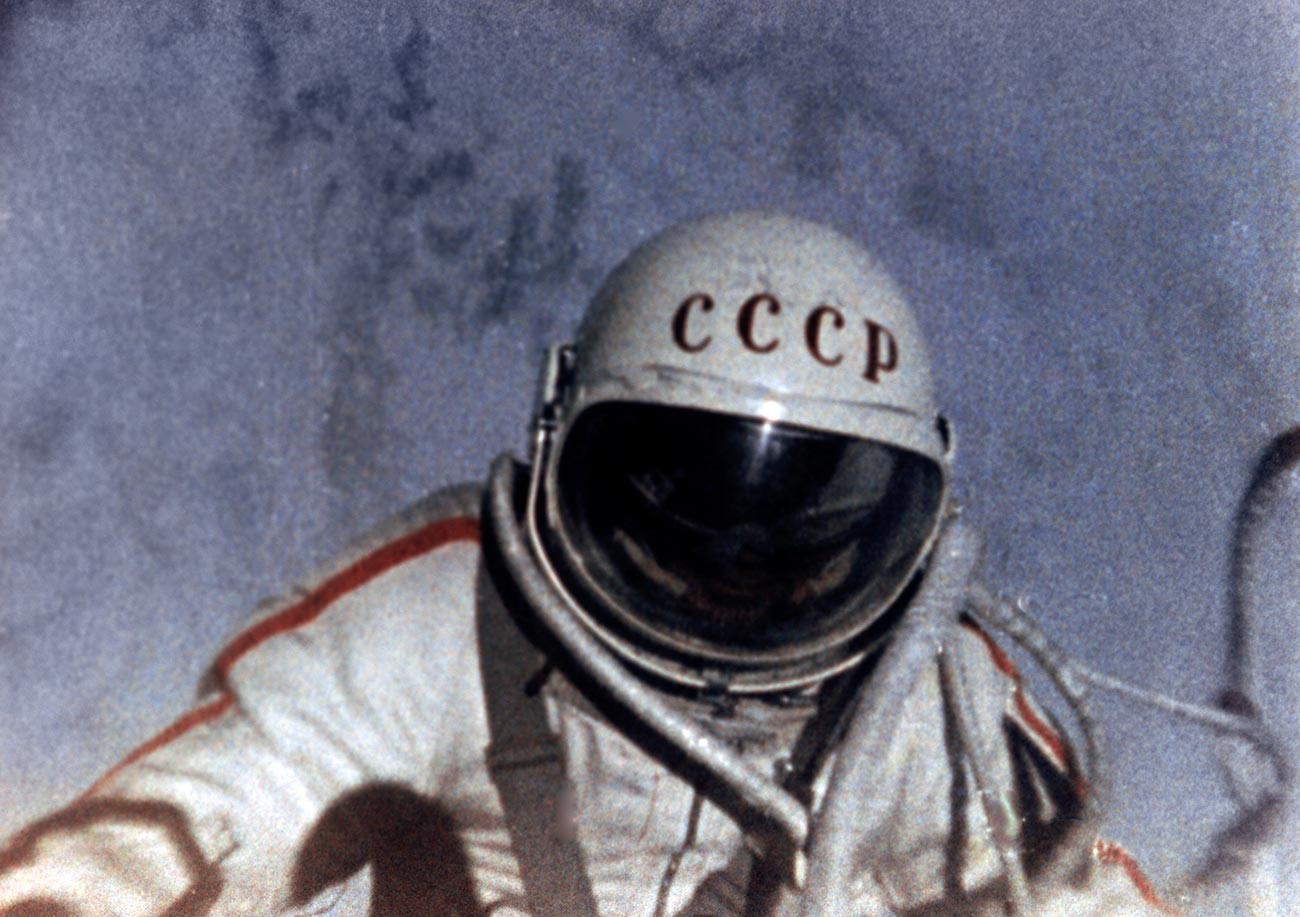 In the meantime, Soviet cosmonauts had also been planning to fly to the Moon and the ‘Krechet’ was designed for just such a mission. It was a semi-rigid spacesuit with a hatch at the back like a door: The cosmonaut was not supposed to put it on like the American Extravehicular Mobility Unit (EMU) spacesuit designed for the Apollo-16 mission, but had to literally climb into it. The spacesuit had a special cable system which allowed the cosmonaut to close the hatch behind him. And although the Krechet never went to the Moon, its design was used for future extravehicular spacesuit models. 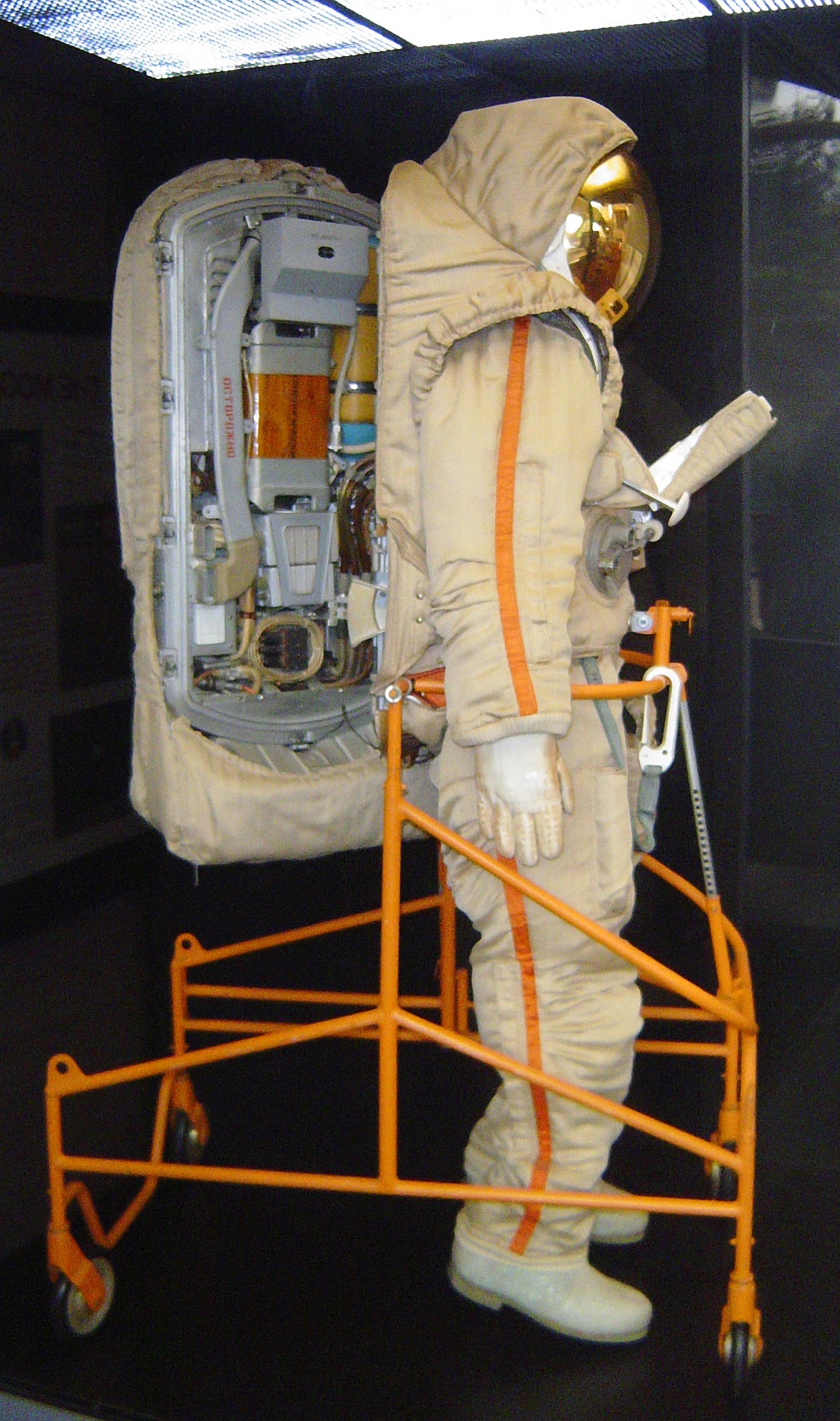 After the Berkut, the next generation of spacesuits arrived in the form of the ‘Yastreb’. It was also intended for spacewalks and was very similar to the Berkut, and was used on the new Soyuz spacecraft, which made its first flight in 1967. However, the Yastreb only had one opportunity to be employed in practice. 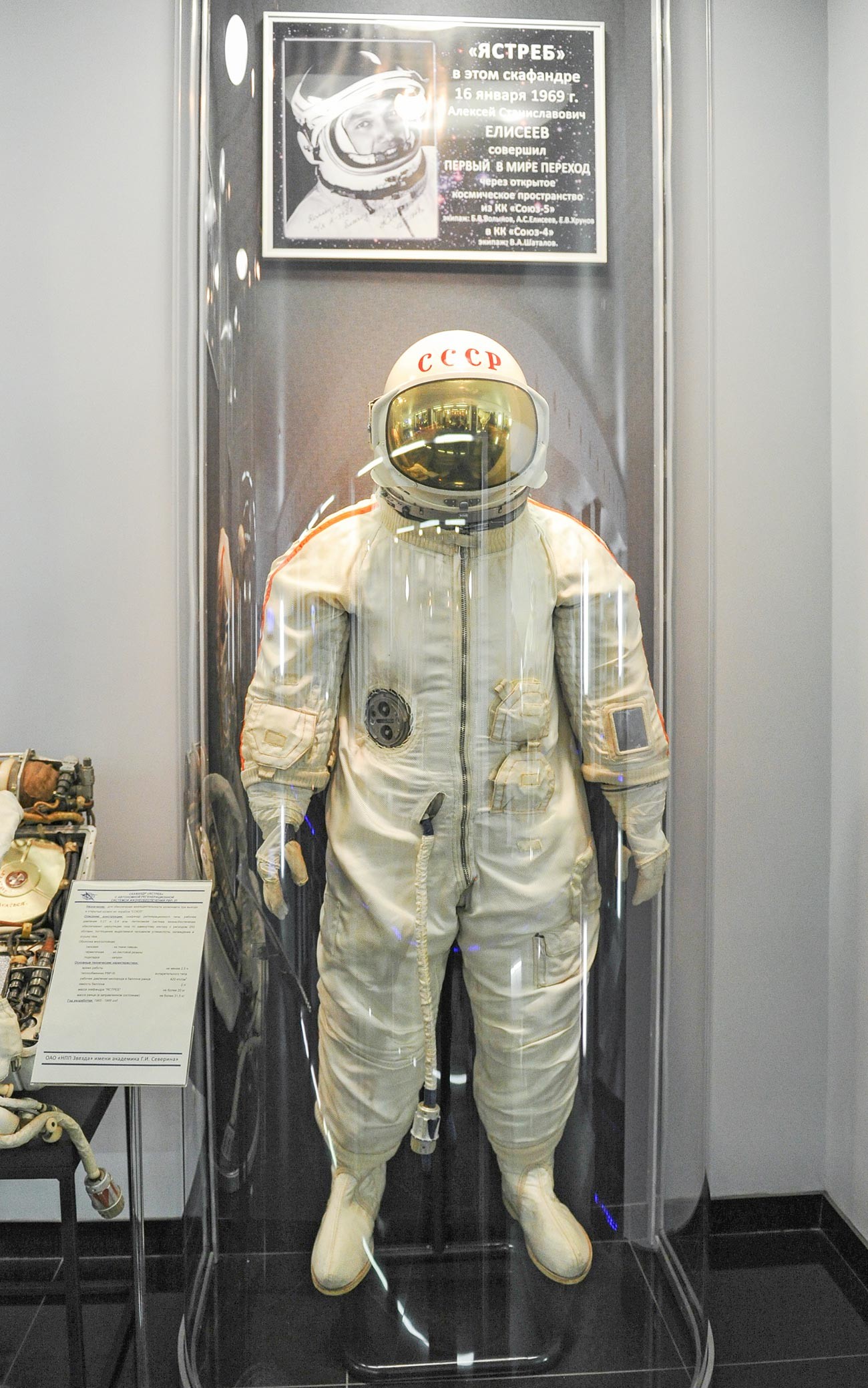 A fact was that, for a short time the Soviet Union still sent cosmonauts to the orbital station without emergency rescue suits. The SK-1 had stopped being used back in 1964, the Yastreb was not suitable for launch and re-entry, and the design of Soyuz spaceships at the time made no provision for crew in spacesuits. In 1971, this inevitably led to tragedy: On returning to Earth, the cabin of the Soyuz decompressed and all three cosmonauts, none of whom were wearing spacesuits, died. It became clear that emergency rescue suits were needed and so, the ‘Sokol’ spacesuit was urgently developed. Since 1973, and to this day, cosmonauts always wear Sokol spacesuits when going into space on Soyuz spacecraft.

A suit for trips into orbit 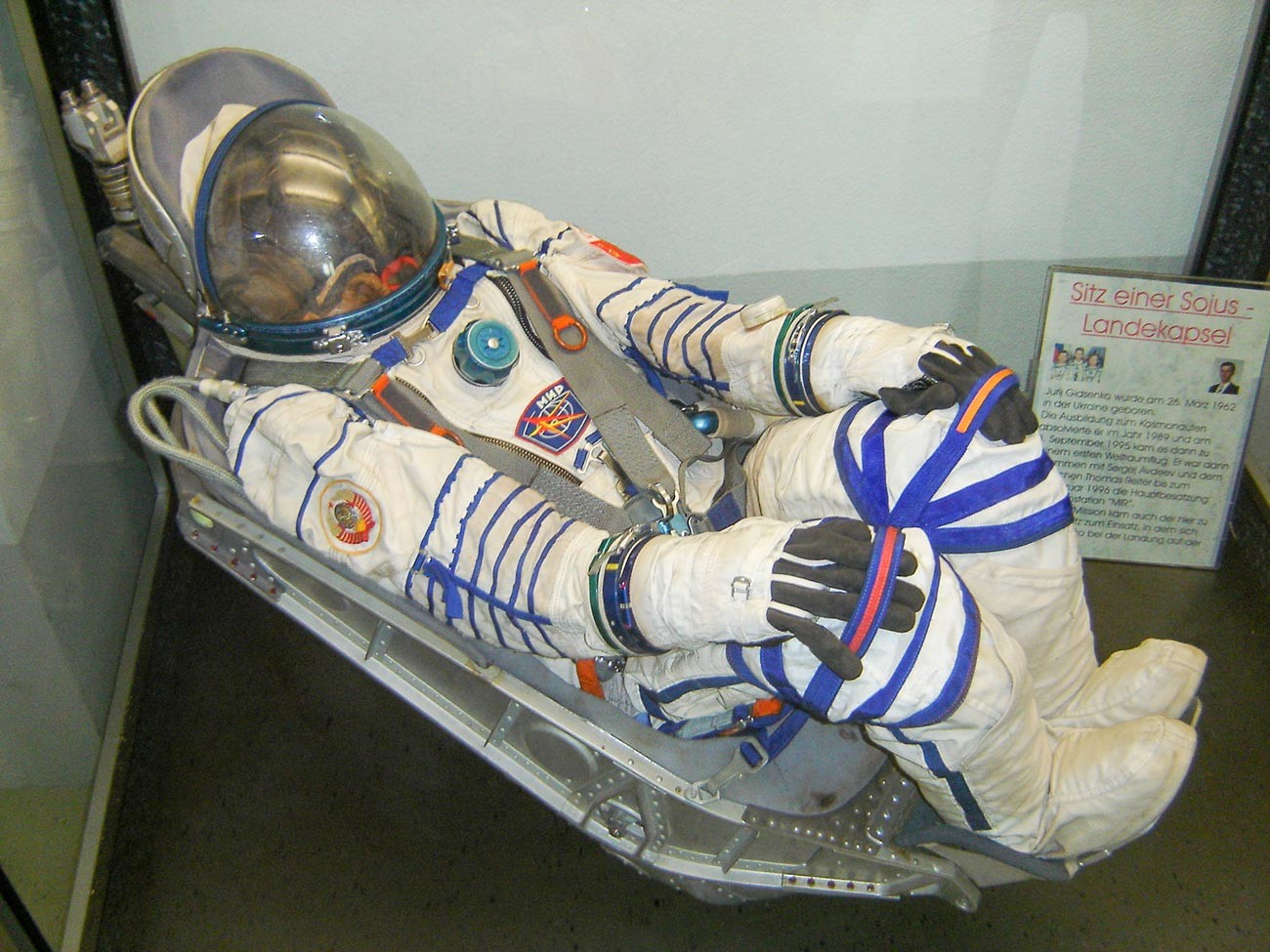 All versions of the Sokol spacesuit had strict requirements with regards mobility and strength: For example, the pressure regulator was moved to the chest, so that the cosmonaut could always easily lower the pressure and improve mobility. The Sokol’s helmet was made of metal (something the Russian designers are still very proud of, believing that the new plastic SpaceX helmet, manufactured on a 3D printer, cannot compare with a metal one in strength). While the spacesuit’s numerous straps and cables were designed to make sure that in the event of depressurization it didn’t balloon, the sleeve didn’t expand and the fingertips didn’t lose contact with the fingertips of the gloves (as happened in Leonov’s case with the Berkut spacesuit). 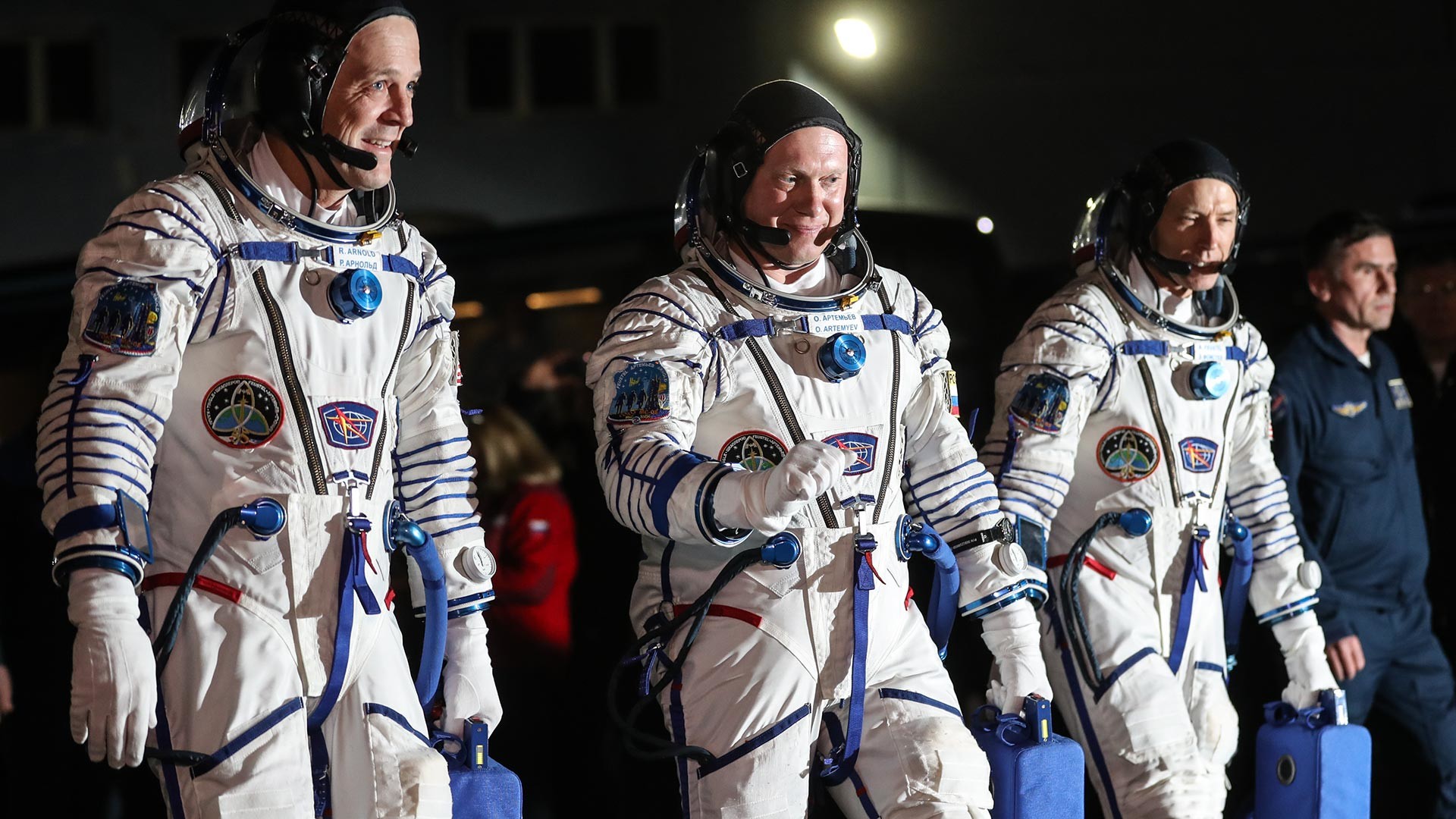 As for the Yastreb, which was used for Extravehicular activity (EVA) just once, it was also replaced by an improved model - the ‘Orlan’ spacesuit.

A spacesuit weighing in at 115 kg! 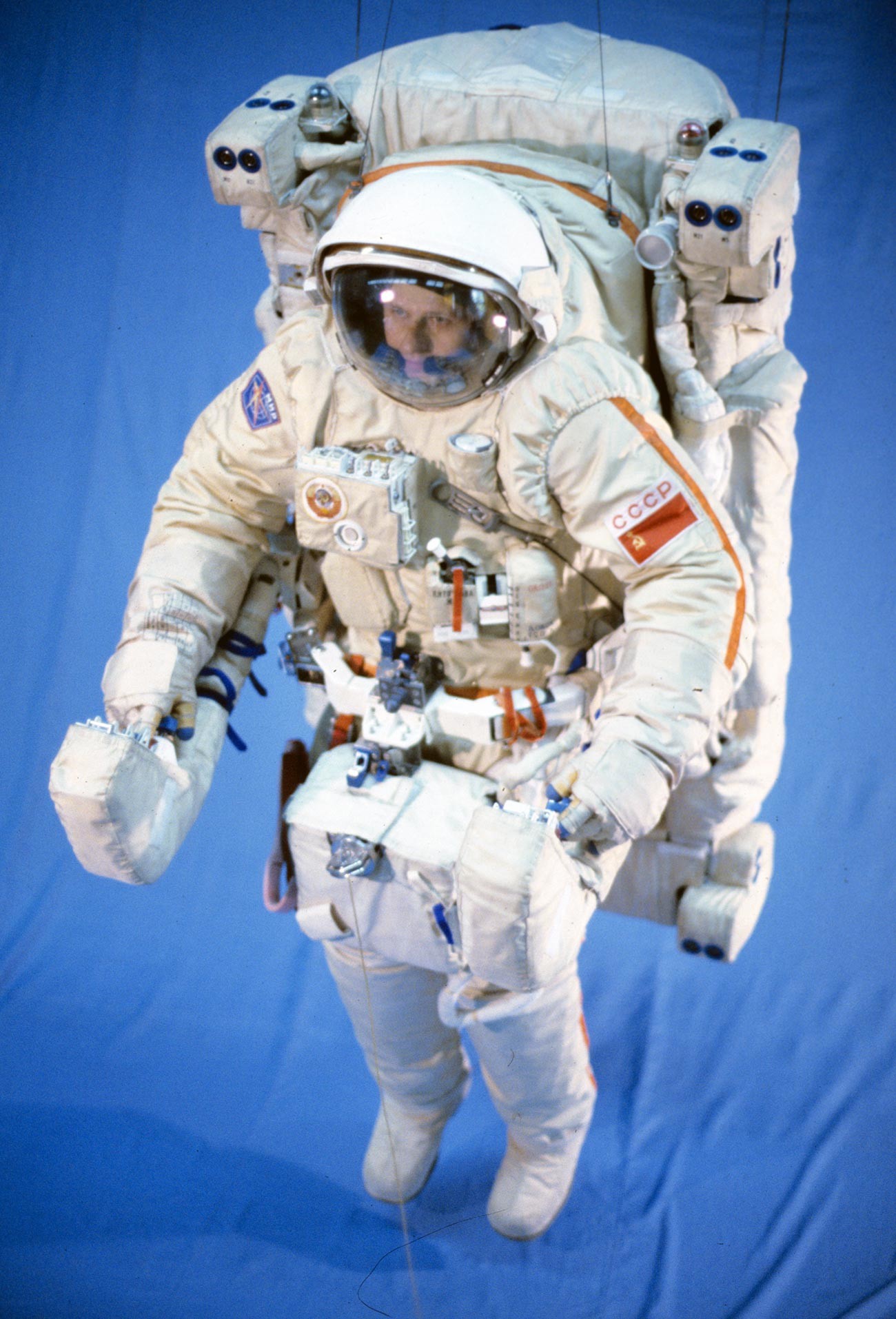 The Orlan is the most massive and impressive of all currently existing Russian spacesuits. Its main job is to protect cosmonauts from micrometeorites and radiation during EVAs. The Orlan is strong and multilayered, but very heavy - it weighs about 115 kg (254 lbs)! Of course, it’s not designed for walking, as outside the space station cosmonauts usually only work using their hands while floating in zero gravity. Still, even that isn’t easy. 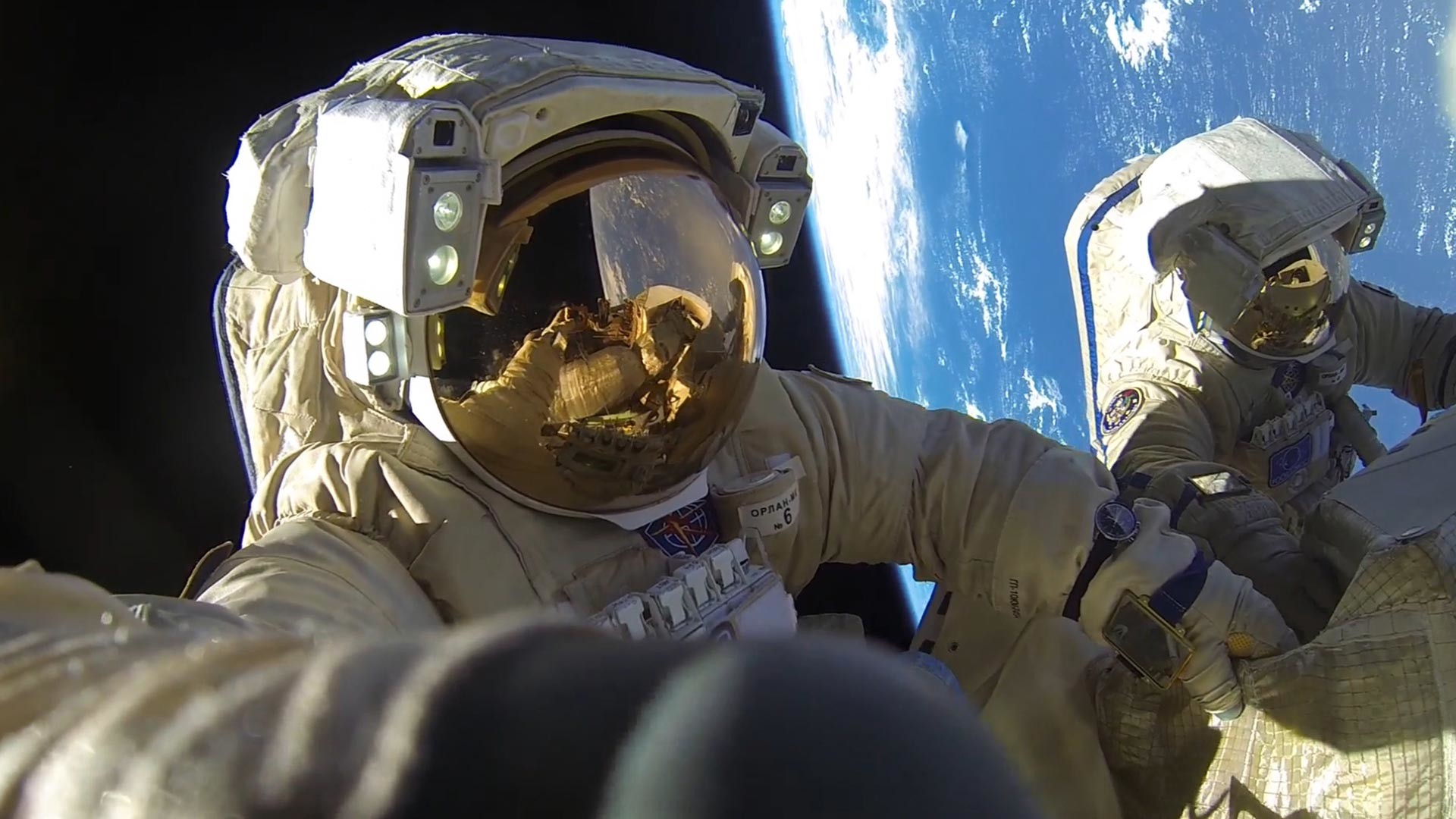 The design of the semi-rigid spacesuit is based on the Krechet lunar suit, and that is why its rear is like a backpack and opens like a fridge door. Unlike the Krechet, however, Orlan spacesuits are universal - the arm and leg and sleeves can be adjusted according to height. The temperature inside the spacesuit is also regulated, and when wearing it, a cosmonaut can be autonomous and does not have to rely on other equipment on the International Space Station (ISS) for up to seven hours.

The Orlan was used for an EVA for the first time in 1977 and its different versions are still in use on the ISS.