Atmospheric Yakutia through the eyes of a local photographer (PHOTOS) 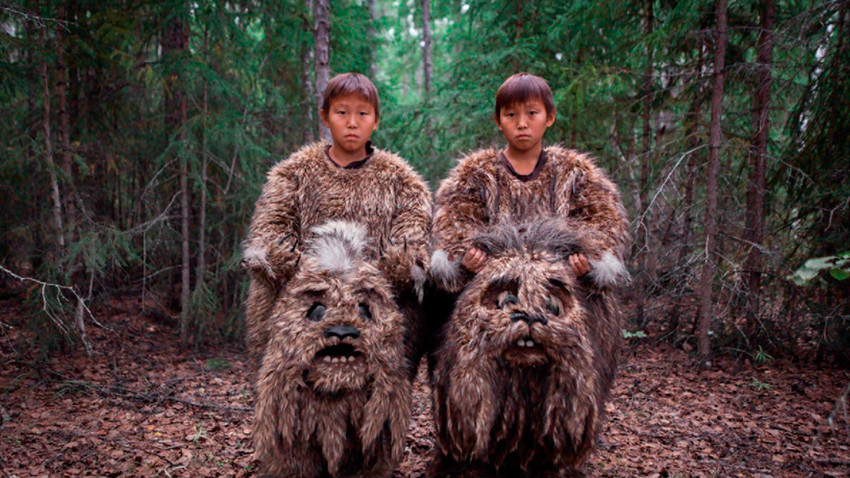 Yakutia is Russia's largest region—five times the area of, for example, France. The distances between towns and villages here can stretch to 1,500–2,000 km. It is also home to the coldest place in the world, where snow can fall in June and the mercury can drop below -50°C in winter. The Yakut frost and vicious mosquitoes are the stuff of legend and the subject of many online memes. Getting to Yakutia from Moscow means covering more than 8,000 km. 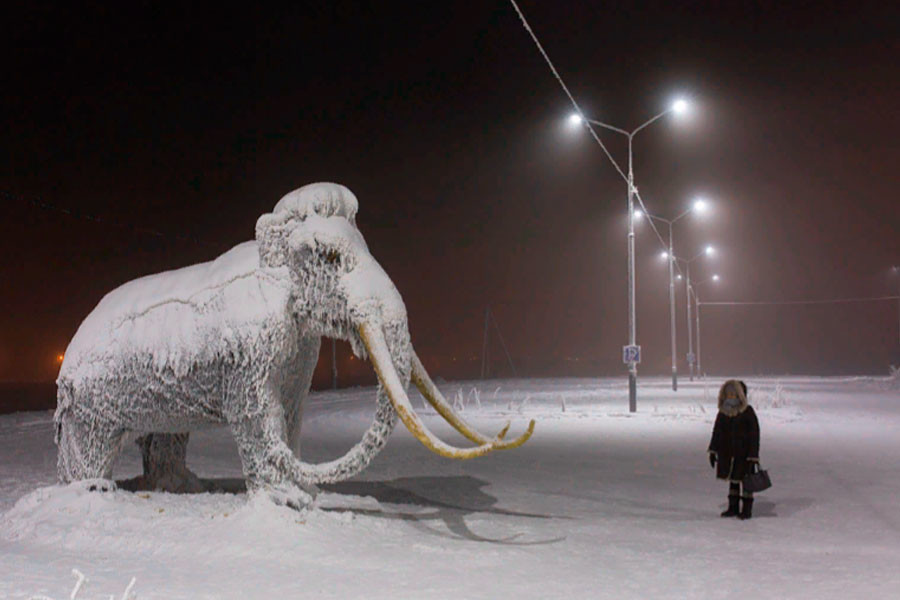 “Tourists accustomed to comfort are unlikely to visit. People come here for the exoticism,” says Aleksey Vasiliev, a self-taught photographer born and living in Yakutsk. A finalist in the international 2016 LensCulture Street Photography Awards, he has since had his work published by National Geographic and many Russian magazines. It’s said that his place in Yakut history is already assured. 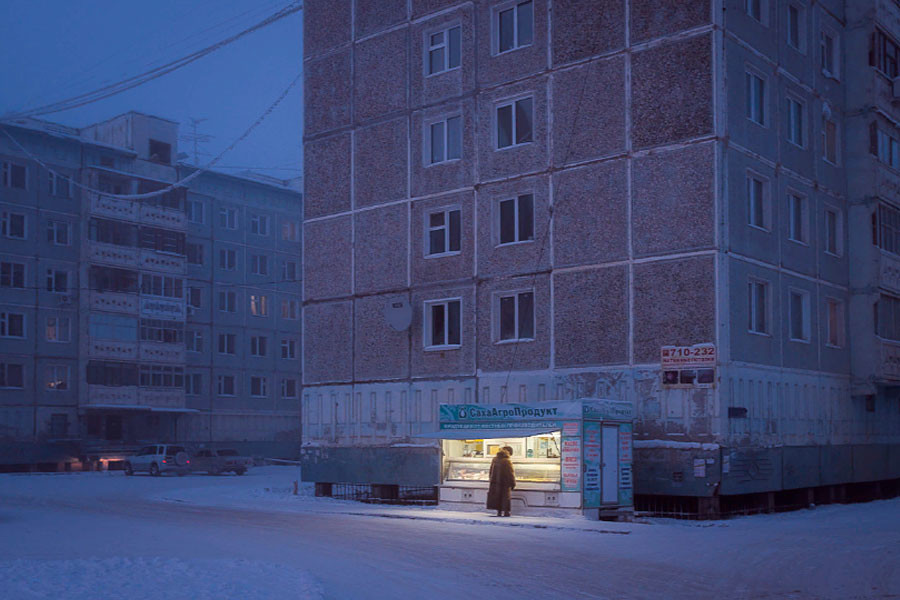 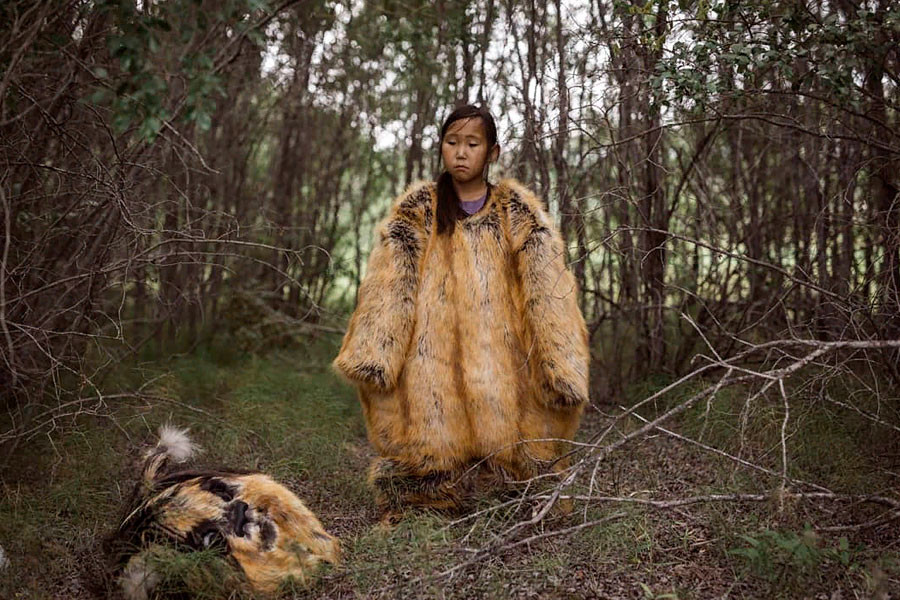 For several years now, Vasiliev has been shooting images of Yakutia at different times of the year, capturing icy outskirts, brightly lit stalls amid gloomy panel buildings, women in national dress, teenagers hanging out in rundown yards — in a word, reality.

Speaking about Yakutia, Vasiliev often repeats that it will take roughly 20 years for the place to become a tourist destination. In the meantime, it is the very inaccessibility and out-of-the-wayness that continue to attract that select group of hardcore travelers in search of adventure and local color. 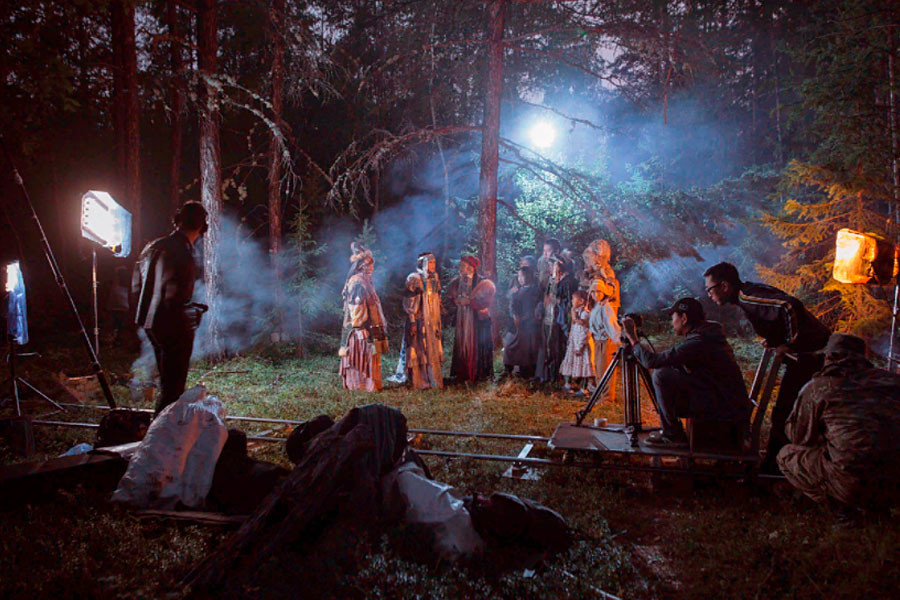 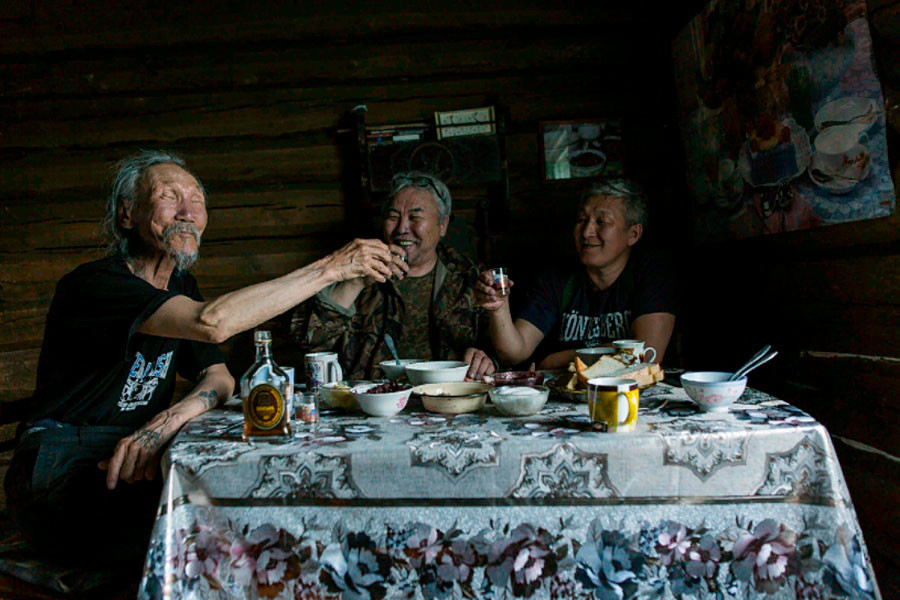 “People tend to come here not in the harshest cold, which is December-January time, but in March, when the temperature is around -30°C. For them it’s still chilly, but for us it’s almost spring. What I’m afraid of is that someday we’ll lose the ‘coldest place in the world’ title,” he admits. 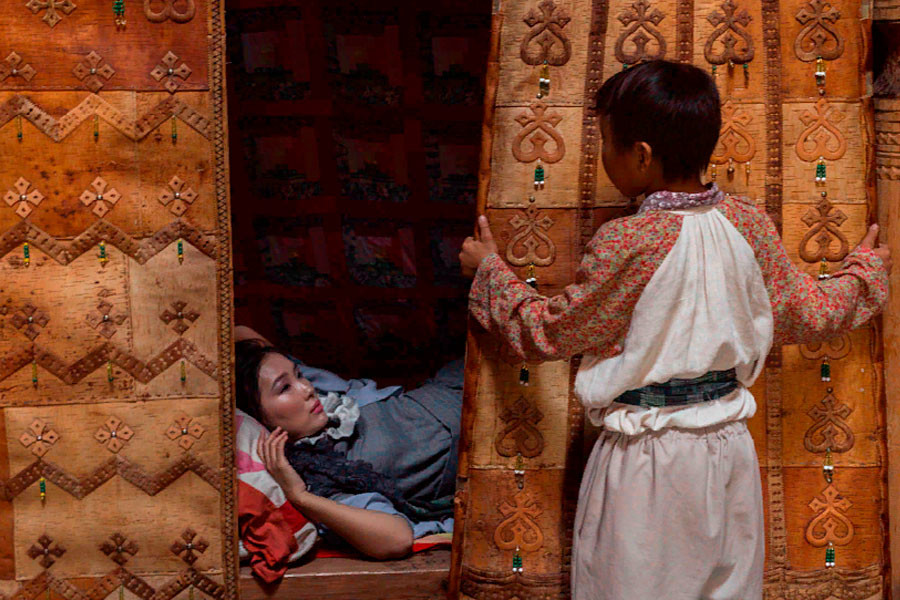 Last year, journalists, scientists and ecologists from all over Russia came to Yakutia. That was when it and Siberia were in the grip of abnormal heat, forest fires and an invasion of oversized silkworm caterpillars. Scientists say that the region is warming 2.5 times faster than the planet as a whole.

Vasiliev takes pictures of his homeland, warts and all. He says that photographing ordinary people is not that difficult. 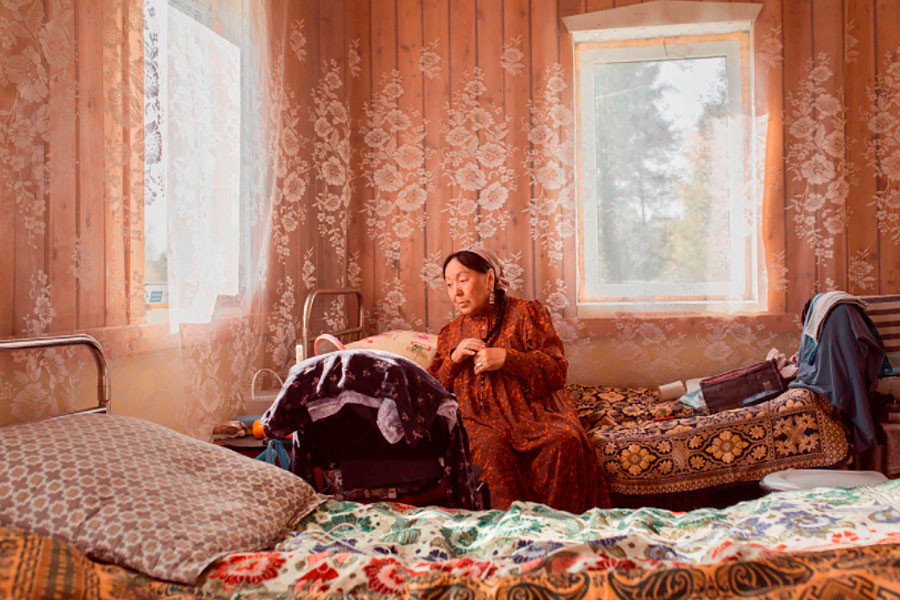 Yakuts are not the most emotional people, but there is no denying their desire to preserve their national identity. Of all the indigenous peoples of Russia, they are the leaders in this endeavor. “You don’t know the Yakut language? And you call yourself a Yakut?!” is the general vibe. Yakuts even have their own New Year, which they celebrate in summer and call Yhyаkh. Instead of champagne, they drink koumiss (fermented mare's milk), and instead of a fir tree, there is a sacred serge (ritual pole). After it was banned in Soviet times, now everyone can’t wait to get dressed up in national Yakut dress. 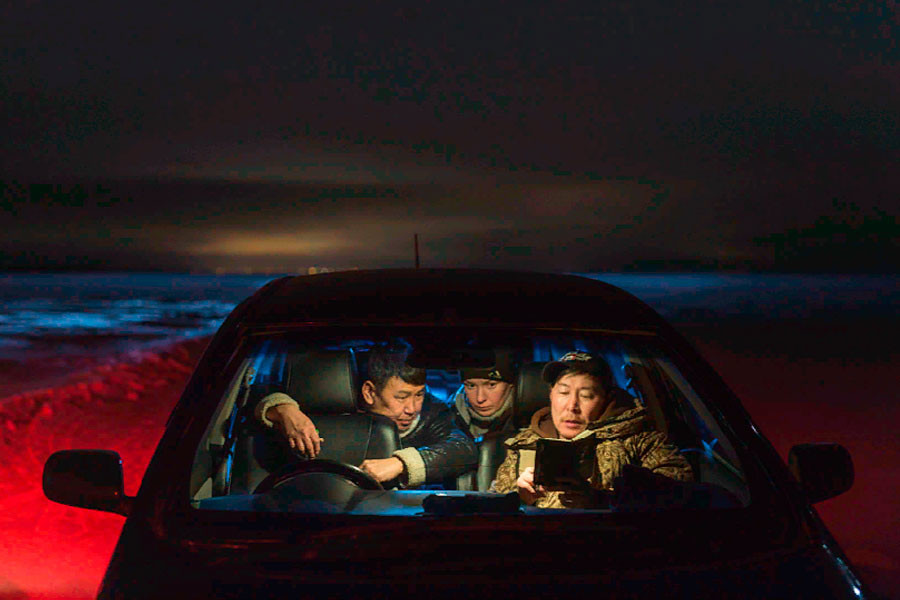 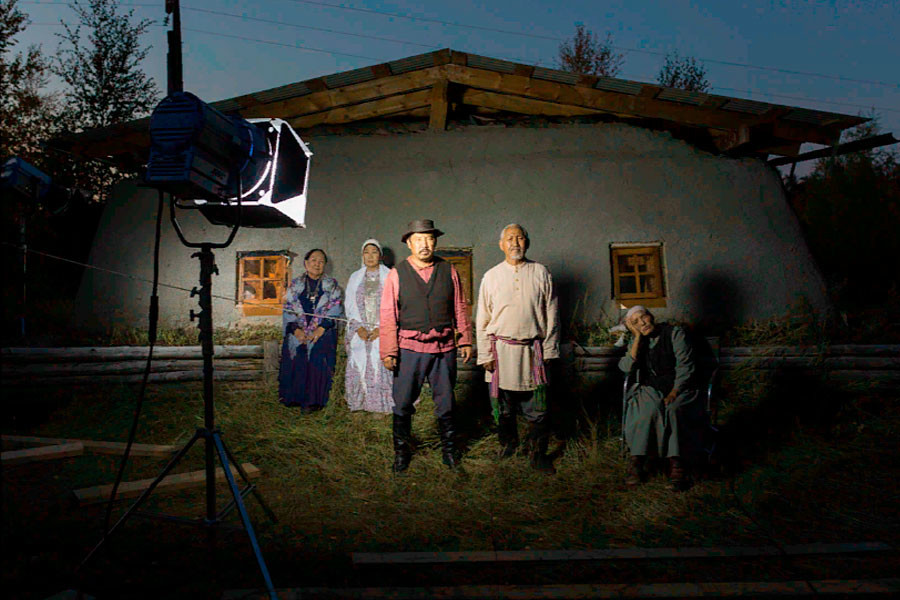 Or take, say, Yakut cinema — there are more local movies here than anywhere else, and they are shown with Russian subtitles. Vasiliev’s “Sakhavud” photo project is dedicated to this phenomenon. He spent nine months on film sets, and witnessed how before each new location the filmmakers “fed” earth or fire for good luck. Yakuts practise Tengrism. In other words, they are pagans. 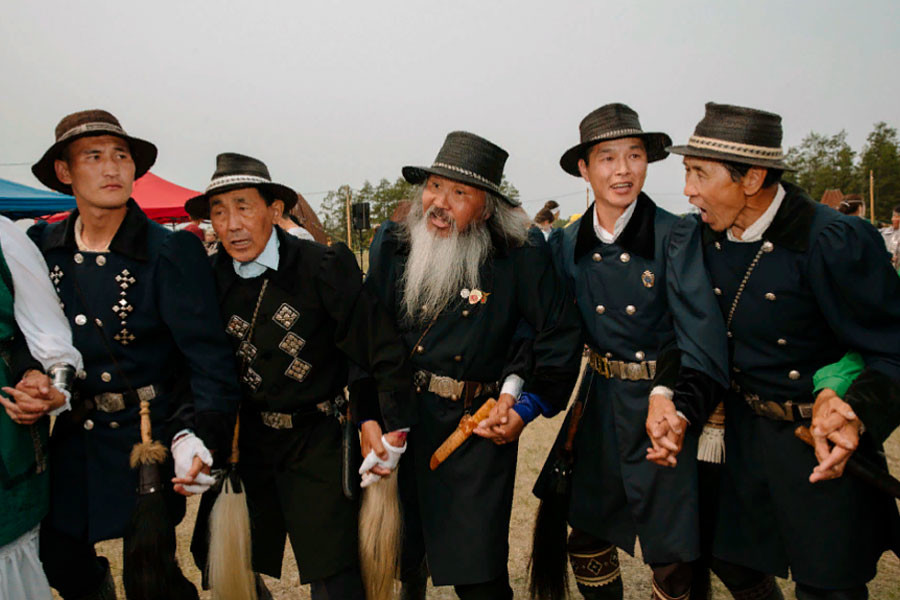 “We have our own atmosphere here, and we value it. Because we feel defenseless against the ‘big’ world and nature, we need to rely on something to feel strong. But on what? On our culture, traditions, and, yes, cinema — through movies we get to know ourselves, because they reflect Yakut images and ideas.” 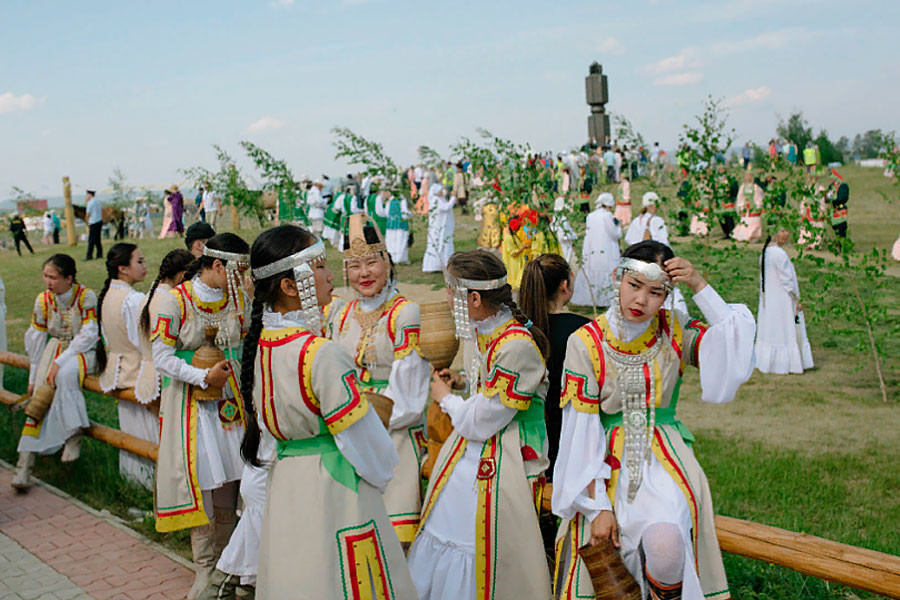 Even before the pandemic, Vasiliev got a job as a courier to earn some extra cash, limiting himself solely to photo projects, and not every day at that. He discovered the Yakut identity even in the entrances to apartment buildings, which residents have begun to make resemble their apartments by hanging carpets and flower pots, putting out old soft chairs, etc.

“Sometimes I come across such exhibits. It’s not an entrance, but a kindergarten — the walls are covered in children’s drawings, there are shelves with books, sofas of some sort. It all looks really cute and is quite recent. It wasn’t always like that, it used to be shitty. But now people are developing a kind of self-awareness and civic-mindedness. It’s already important for them that the outside looks nice, not just the inside.” 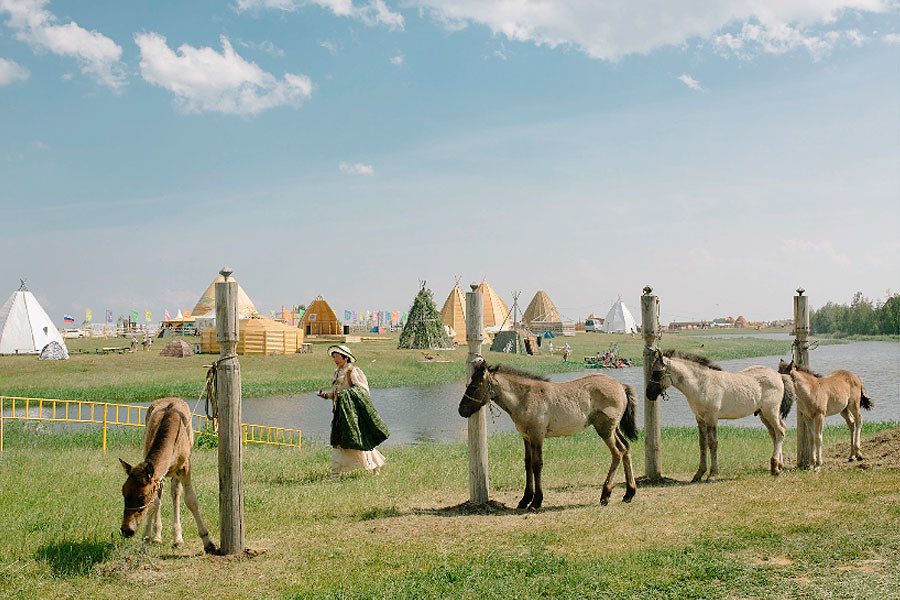 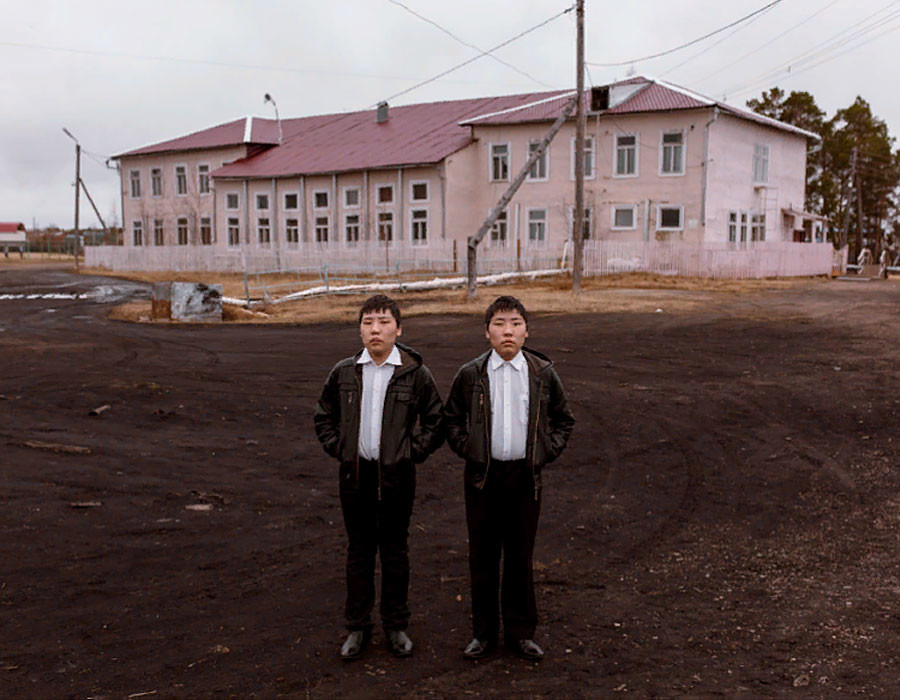 He says that he photographs Yakutia because it’s right there on the doorstep, and he can work on his projects for as long as he likes. But even Vasiliev hasn’t managed to see all of it — Yakutia is just too big. As for its north, that’s nothing short of a photographer’s paradise. The next time he goes somewhere, that’s where.