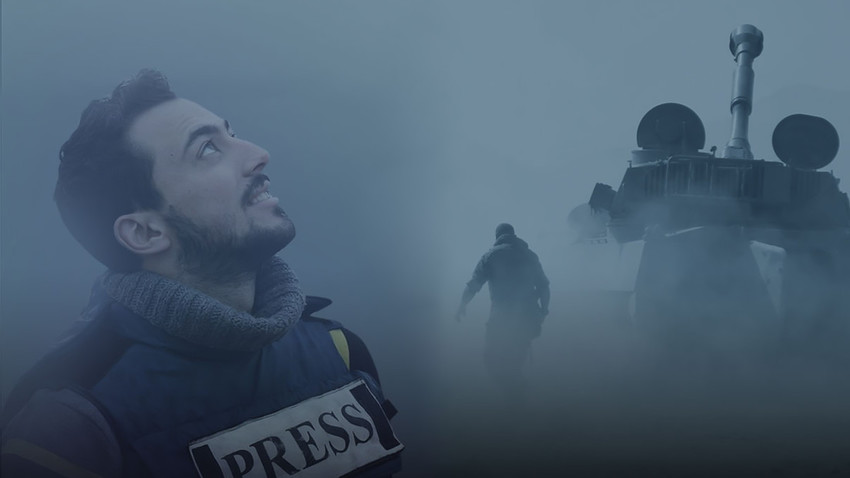 RT
The award was established by the Russian TV channel in 2017, in honor of a freelance journalist killed in Syria in the line of duty. Here’s everything you need to know, including how to participate.

Russian publicly-funded international TV network RT is opening calls for the new round of submissions for the Khaled Alkhateb International Memorial Awards for Best Journalism.

What is the Khaled Alkhateb award?

The award by the TV network first took place in 2018 to honor RT’s Arabic freelancer, Khaled Alkhateb, who died from hostile fire in 2017, while reporting from the Syrian frontline.

The award is given for best journalism from a conflict zone. The entry is open for war correspondents all over the world, regardless of nationality or professional affiliation.

“RT’s Khaled Alkhateb International Memorial Awards for Best Journalism from a Conflict Zone honor the brave work of those media professionals and organizations who strive to shed light on the complexities and ramifications of continuous war and armed conflict,” the awards’ official website says.

Traditionally, the award was given in two categories: ‘Best Video Journalism From a Conflict Zone’ and ‘Best Written Journalism From a Conflict Zone’. The two categories remain intact, however, this year saw the introduction of a new category: ‘Best Humanitarian Journalism: After the War’. Launched under the slogan of “stories that inspire and encourage,” the videos or written reports in this category are expected to tell stories of people affected by conflict, and cover the post-war recovery of communities, whether immediately following conflict, or dealing with long-standing issues of trauma, healing and reconciliation.

The Khaled Alkhateb Award is one of the most inclusive awards in the field, with applications accepted in any language and from any country. The award welcomes entries from freelance journalists, alternative media and independent journalistic platforms, as well as war correspondents who have an official affiliation with a publisher or even a global network.

Click here for a detailed description of the rules and regulations.

“We came to the Eastern countryside of Homs […] with the army. It was a place of direct confrontation with ISIS. As we arrived, the army was ordered to deal with the terrorists facing us,” Yqoub said.

A video, filmed by a separate crew that was also present at the site when an enemy shell hit the group of journalists and military, shows how the events preceding the tragedy unfolded. At first, a Syrian government forces tank approached the journalists and fired a shell towards the enemy. The tank then fired another shell, raising columns of dust, blanketing the journalists on the ground.

“The tank fired and then pulled back. There was a lot of smoke afterward. I stepped back and switched off the camera,” said Yaqoub, who had been near the point of impact at the moment the enemy fired back, hitting the group of journalists near the Syrian army tank.

“I wasn’t sure what had happened or if I was wounded. I noticed blood on the camera” he said.

A shell hit a hillock, composed of large rocks. The fragments of the shell mixed with the stone debris, as they flew in all directions. When the dust settled, there were a number of wounded people. For Khaled Alkhateb, however, the wounds proved to be fatal, as he died on the spot.

The RT’s Memorial Awards were launched the following year to commemorate Khaled Alkhateb’s sacrifice and the dangerous job that war correspondents do in various war zones across the world.

The award comes with a monetary prize equivalent of 200,000 rubles which today is approximately $2,700.

Previously, the award has gone to journalists from all over the world, including Russia, Ireland, India, Singapore and Iraq, and for covering such stories as the war in Syria, life in an Afghan refugee camp in Iran and counter-terrorist efforts in the Philippines.

Click here to find out more about the Khaled Alkhateb Award, and submit your entry.