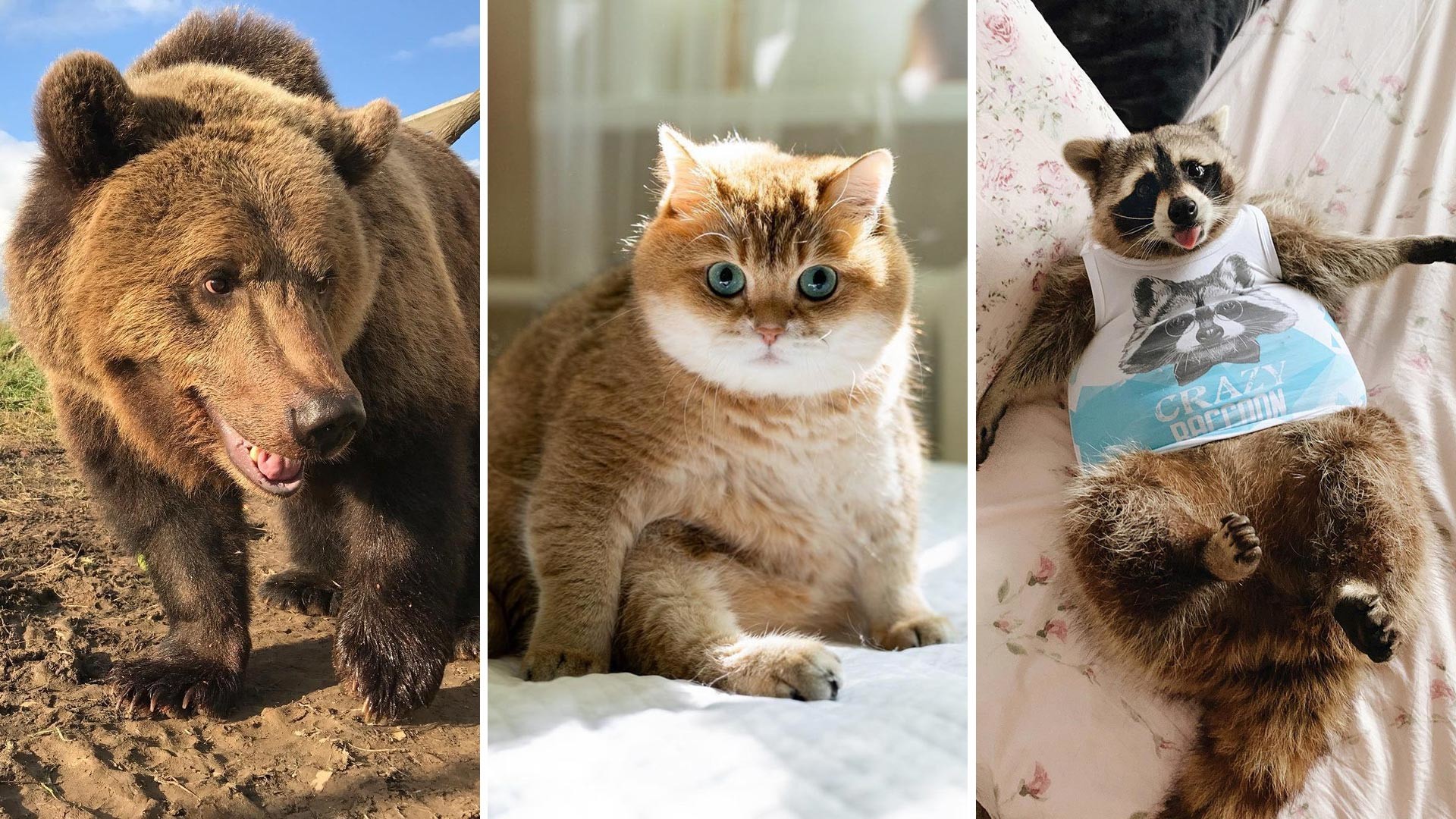 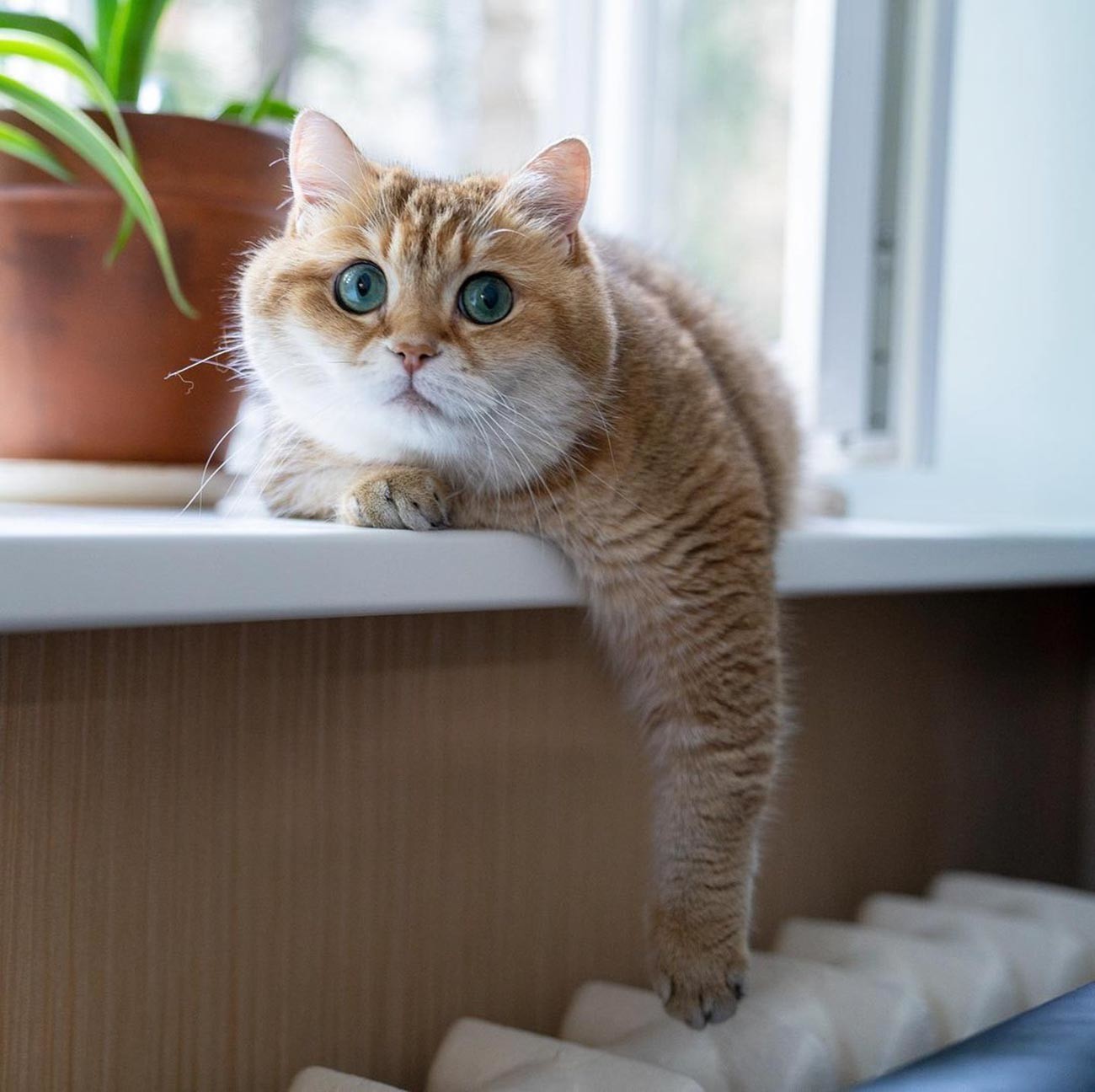 One of the most popular cats in the world is Russian, although he has a Japanese name. His owners, Roman and Ksenia, live in Moscow and make funny videos and photos about the laid-back life of this very charismatic red Scottish Straight cat. The name Hosico, which means "star child," was suggested by their daughter. She was also the one who came up with the idea of starting an Instagram account for the cat, which now has almost 2 mln subscribers. In addition, Hosico has many collaborations with pet food companies, pet stores and cat toys. A real star! 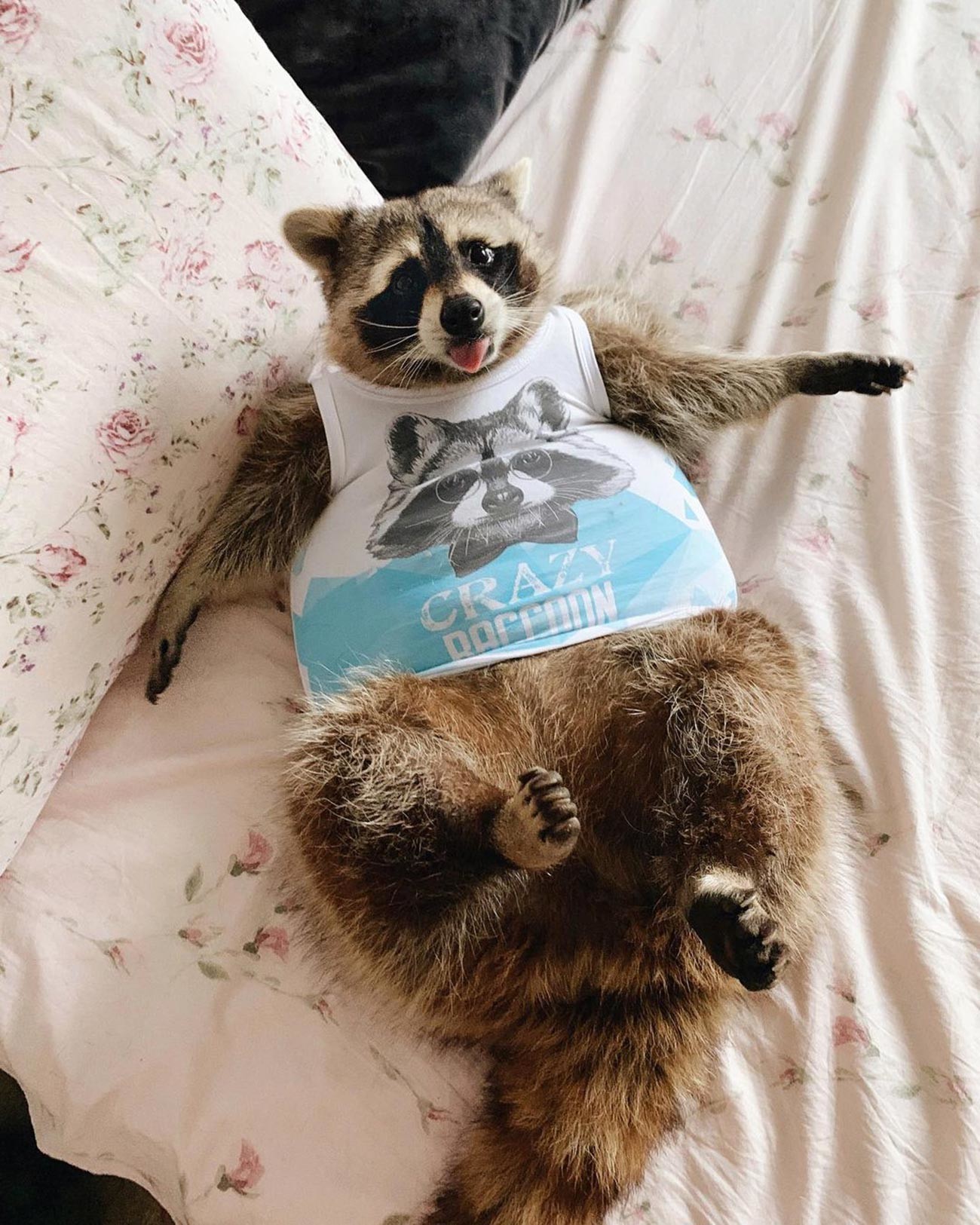 When Tyoma goes out for a walk with his owner Yelena in the Siberian city of Kemerovo, he immediately finds himself the center of attention for everyone on the street. This does not seem to bother him at all though. After all, he already has more than 320,000 followers on Instagram and is used to fame. He turned up at Yelena's place by chance when he was a little less than three months old, and she decided to keep him. This summer Tyoma made his first big road trip across Russia and visited the Black Sea! 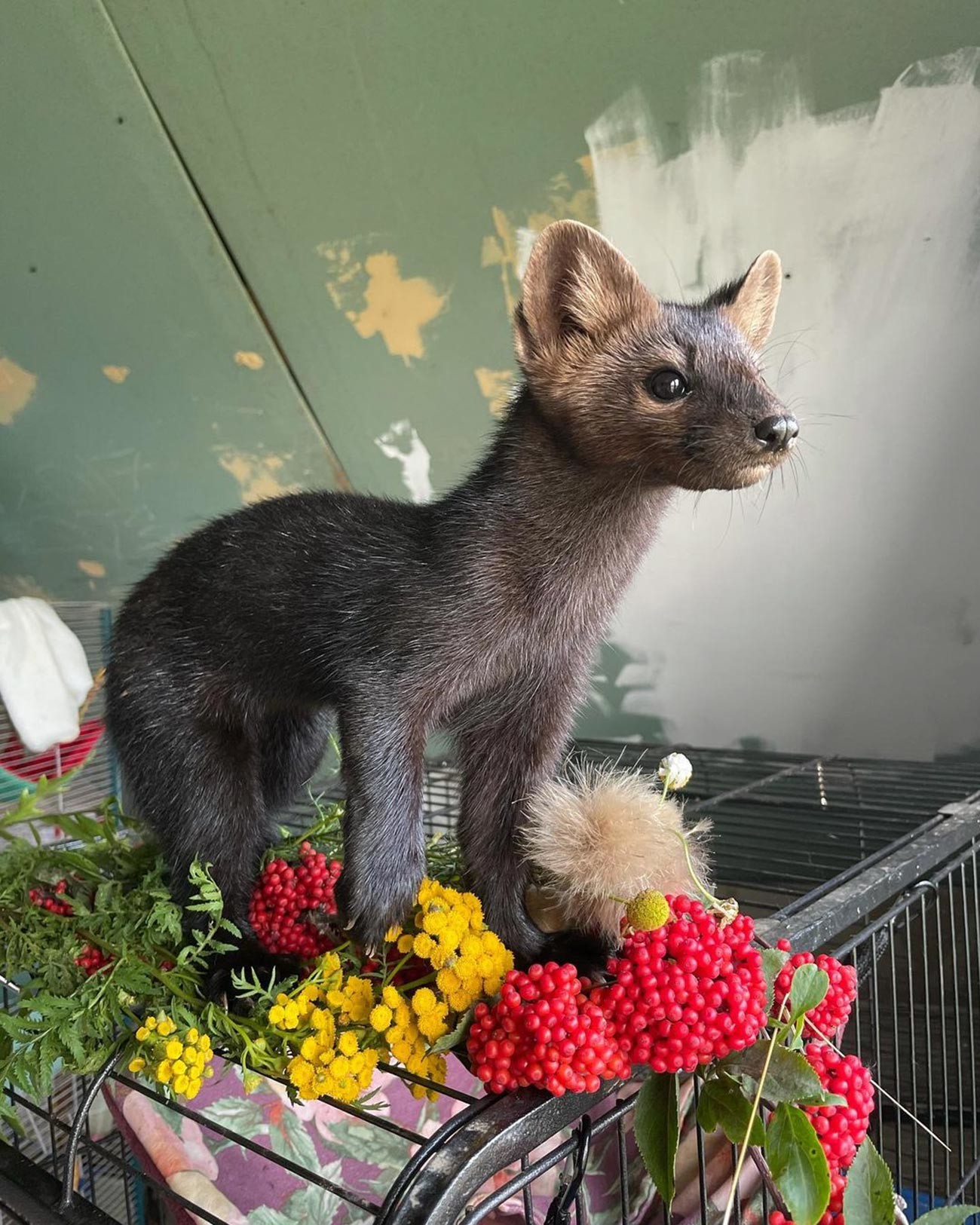 Umora was born on a fur farm and was just a baby in 2018 when she was bought by a Muscovite named Yevgenia. “The conditions in which Umora was kept were disgusting. Animals there spend up to eight months in small, dirty cages,” Yevgenia recalled. Why did she adopt Umora? She says she wanted to save at least one animal from a miserable life. Umora's blog now has 230,000 followers. In her social media posts, Yevgenia tells viewers about sables and their personalities—which are at times rather vile and at times incredibly cute—and about how to rescue other animals. 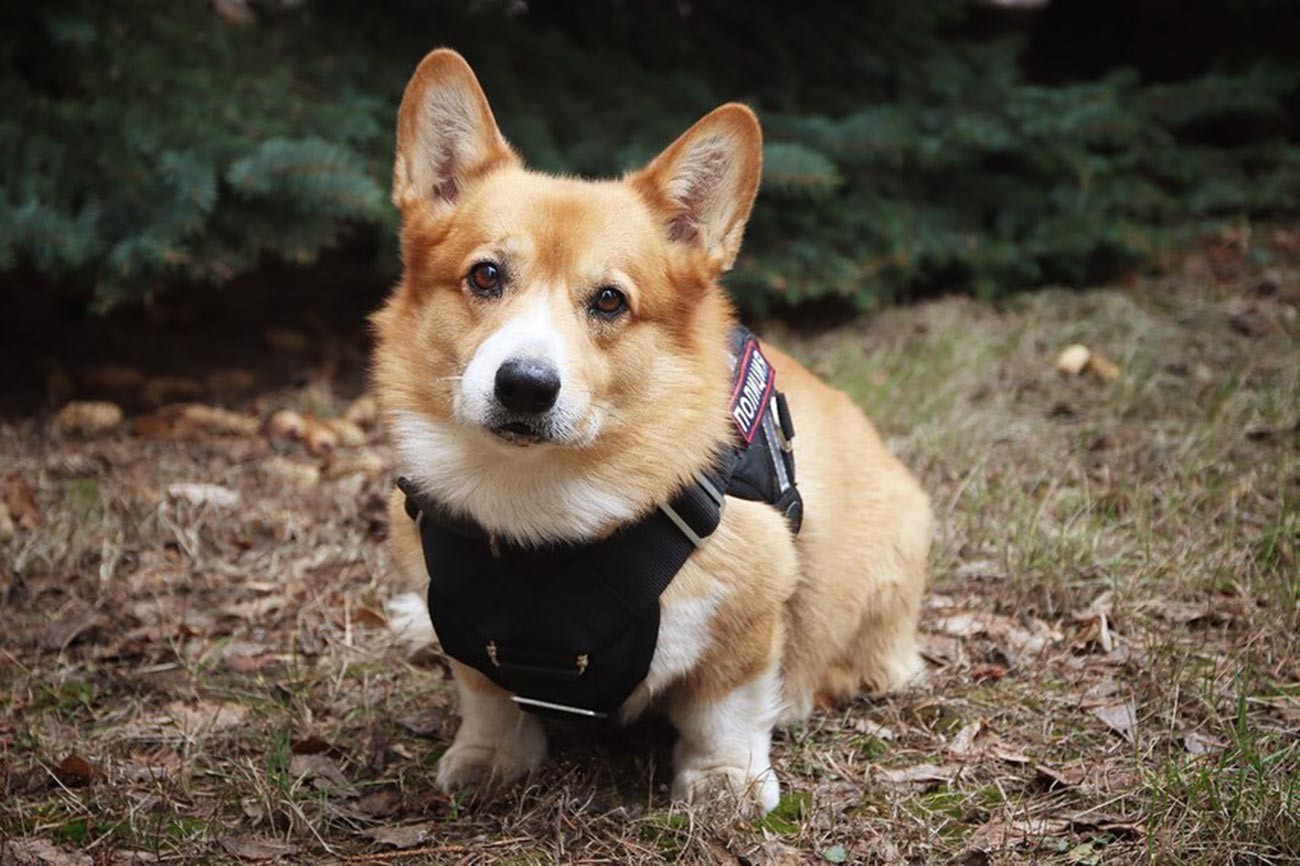 This adorable dog, who goes by the name Ryzhy (“redhead” in Russian), is a police dog from Nizhny Novgorod. After seven years of service, he is now retired and enjoying a well-deserved rest. Ryzhy helped transport police officers find drugs, and was very successful at this career as well. Now he is developing his Instagram page, which already has more than 20,000 followers. He is also working on a movie career and takes part in filming. 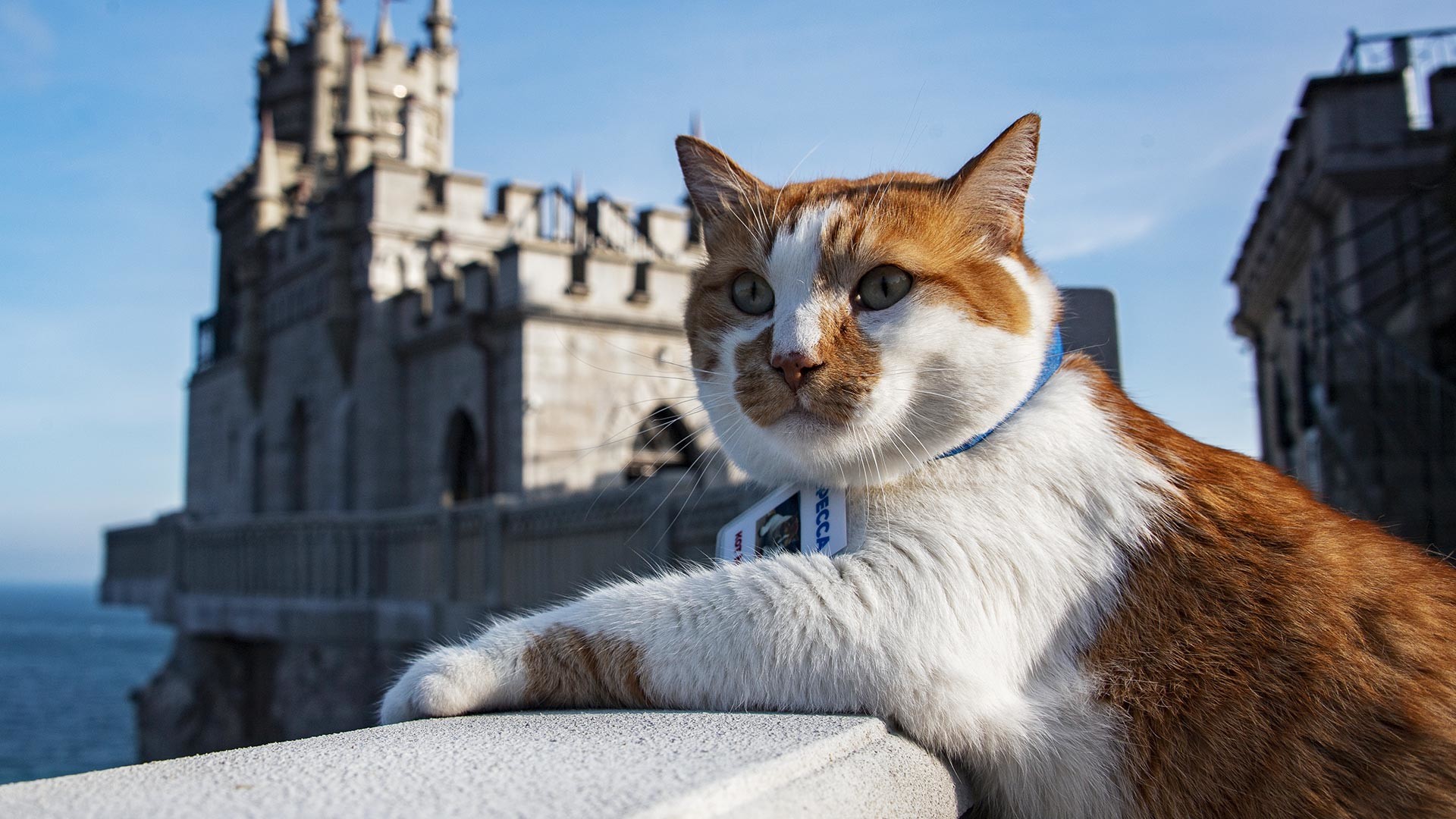 Have you ever seen a more serious cat? One day he just showed up at the construction site of the Crimean bridge and stayed, becoming a full-fledged member of the construction team. Mostik (“little bridge” in Russian) was issued a helmet and appointed to a managerial post overseeing a whole department consisting of a seagull called Valera, a dolphin called Maxim, a lizard called Oksana and several other animal personalities. After the construction of the bridge was completed, Mosttik became a correspondent for RIA Novosti Crimea news agency. He even has a press card. 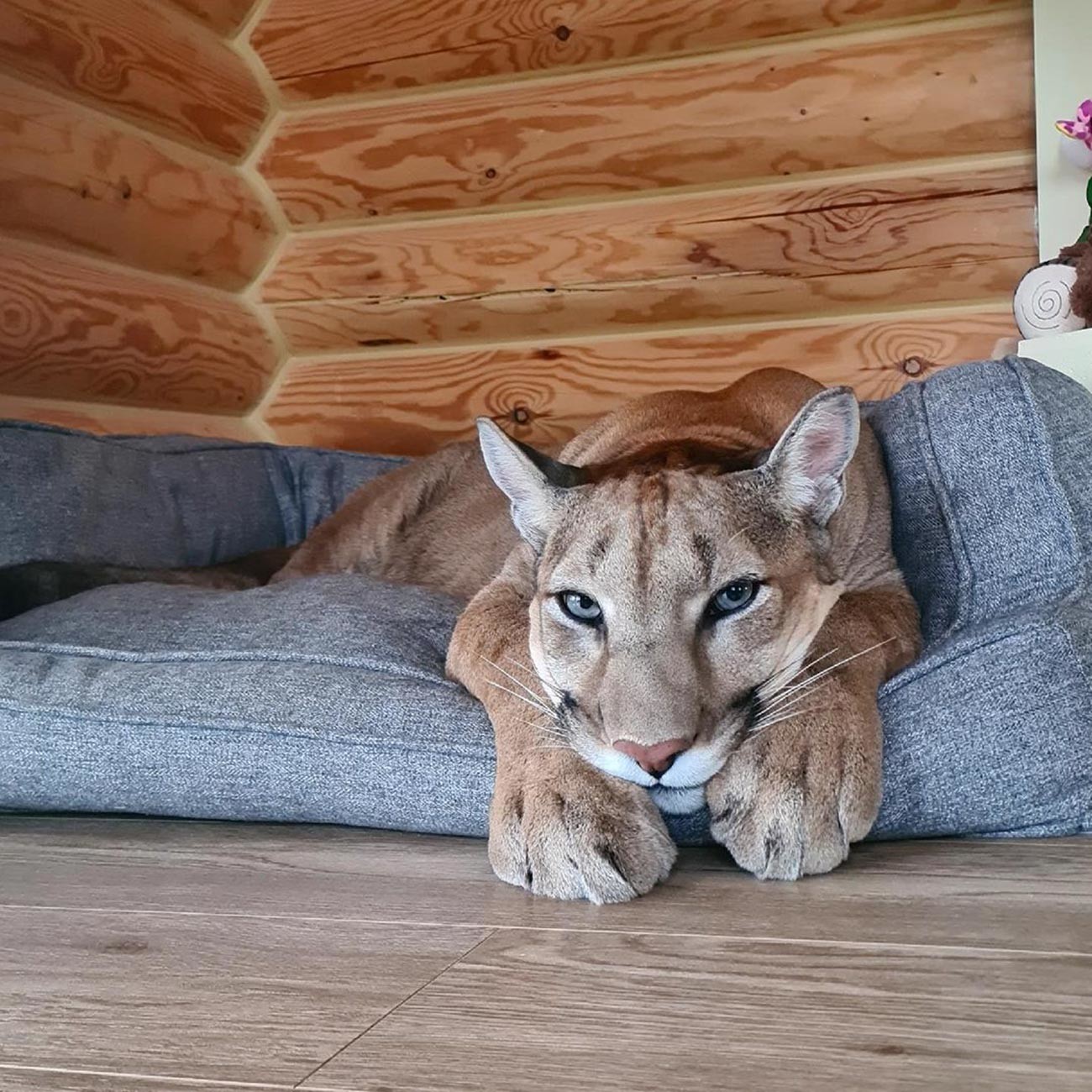 This magnificent cougar, named after the famous footballer, lives in Penza with his owners Maria and Alexander. They found Messi at a petting zoo when he was only three months old. He was sick and thin, but the couple fell in love with him at first sight and decided to buy him from the zoo owner. Just look at what a beauty he is now! Despite his enormous size, he behaves like a big cat. He yawns, sleeps on his owners' things and is slightly afraid of the vacuum cleaner. That said, Maria and Alexander made sure to consult animal trainers and veterinarians about how to care for Messi. At first, they lived in a one-room apartment, but a couple of years ago moved to a house with a large garden that gives Messi enough space to roam as much as he likes. He now has some 1.5 million followers keeping track of his life.

Victoria from Siberia (who prefers not to disclose the exact city she lives in) is a zoologist. One time, a traveling zoo was visiting her city with a black panther that gave birth to a cub but refused to feed it. The cub was growing weaker with every passing day, so the zoo’s staff turned to Victoria for help. She took the cub home and began to bottle feed it. In the meantime, the zoo left town, and the little panther named Luna stayed with Victoria. The zoologist shares the task of raising Luna with a Rottweiler named Venza, who has become Luna's older friend. The panther is now about a year old and has already grown larger than Venza, but she still considers herself a kitten. She has over 500,000 fans all over the world.

This extremely photogenic mini pig, named Giuseppa, lives in Yekaterinburg. Her owner, Anastasia, says she always wanted to have a miniature pig at home, so she was very happy when she got one. Giuseppa weighs just 7 kg, sleeps a lot, loves to sunbathe and constantly asks for food. But she already has an army of fans! 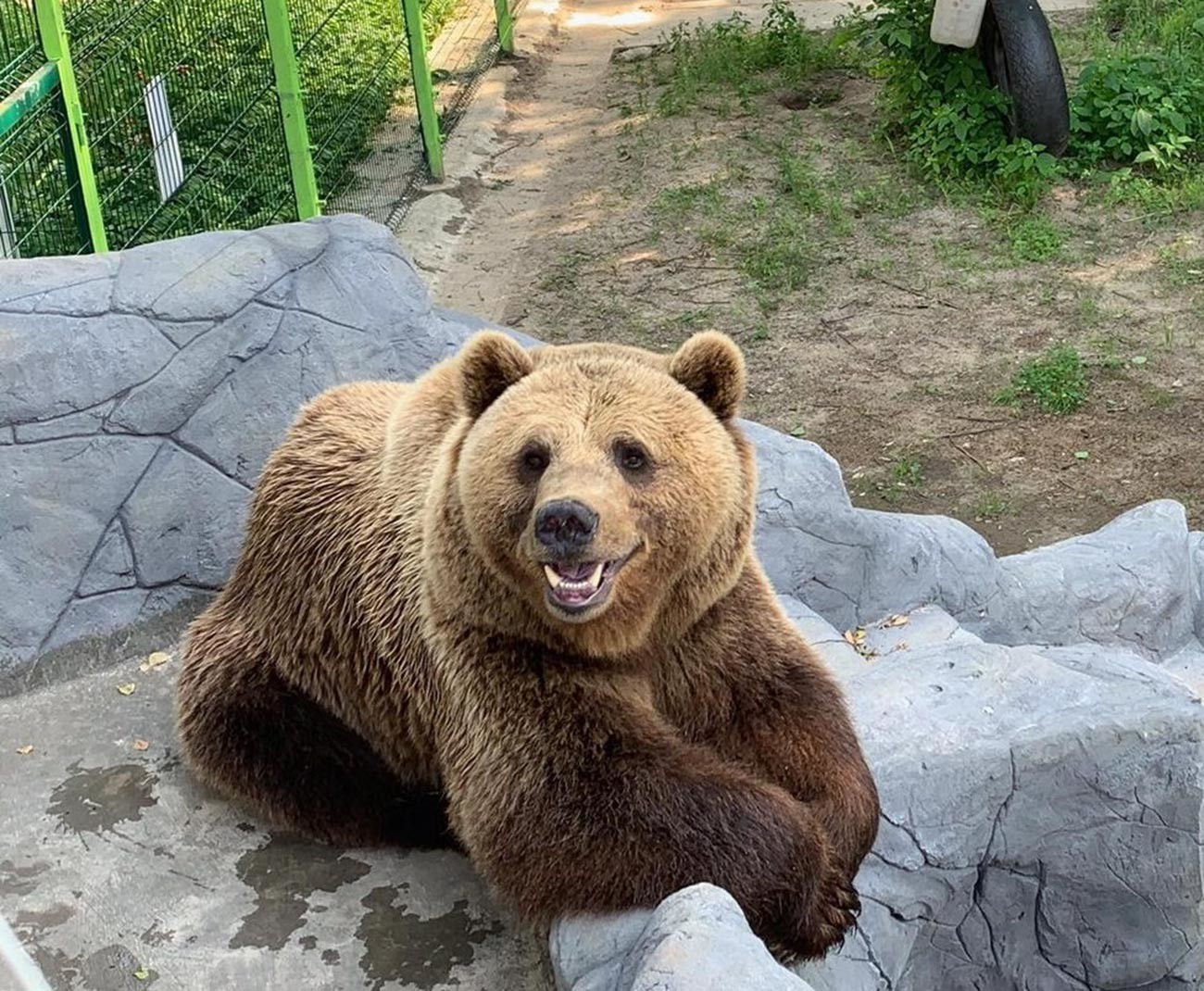 Mansur the bear turned up at a small airport when he was just a cub. He was so hungry and scared that he came out of the forest to interact with humans. The pilots fed him, gave him shelter and allowed him to stay. After a while, the bear became so attached to people that he did not want to go back into the wild. Now he lives in the Kaluga region in a large open-air cage with a swimming pool in the forest and, just like in his childhood, loves to play with his “adoptive dad,” a pilot named Andrei. 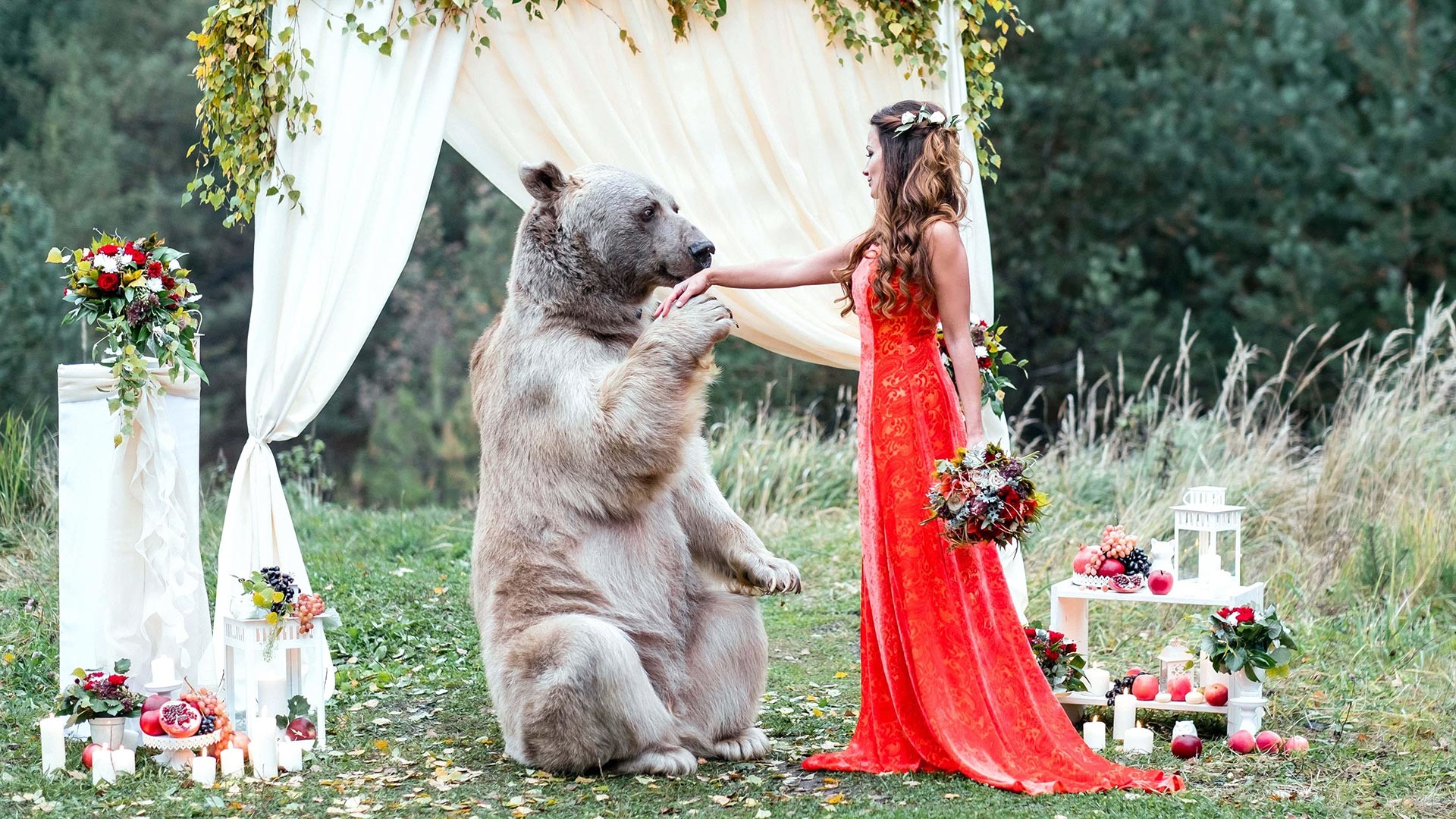 Looking at these photos, you might start to think that every Russian family has a bear at home. Stepan joined a Moscow couple named Svetlana and Yuri when he was just three months old. Time flew by, and now he is already 28 years old! They watch TV together, drink tea, play ball and walk in the woods. Stepan also acts in films.