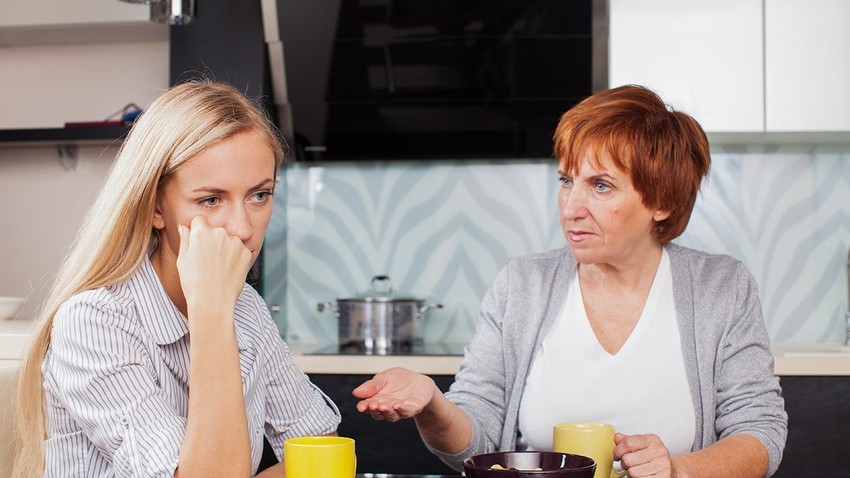 Legion Media
"When are you going to have babies?", "You've put on a bit of weight!", "Don't be so touchy!". In Russia, many people encounter dozens of intrusions into their personal space and privacy almost daily. What is it - a lack of manners or a cultural characteristic?

It often happens in an ordinary queue at the checkout in a store: Despite the pandemic, someone is bound to be breathing straight down your neck or pushing you with their bag. Many people even today are put under pressure within their own families, with their parents or relatives inundating them with questions such as "When's the wedding?" or "When are the babies coming?". Or they even try to exert influence on the everyday lives of their adult children - from their choice of profession or partner to the tidiness of their flats or their lifestyle.

Born in the USSR

There is a well-known joke in Russia: "Why can't you have sex on Red Square? Because you will be inundated with advice". A legacy of the "Land of the Soviets" is unsolicited advice [in Russian, the noun "soviet" denotes a local, regional or national council, but it can also mean a "piece of advice"], while a legacy of socialism is that everyone pokes their nose into everyone else's affairs. 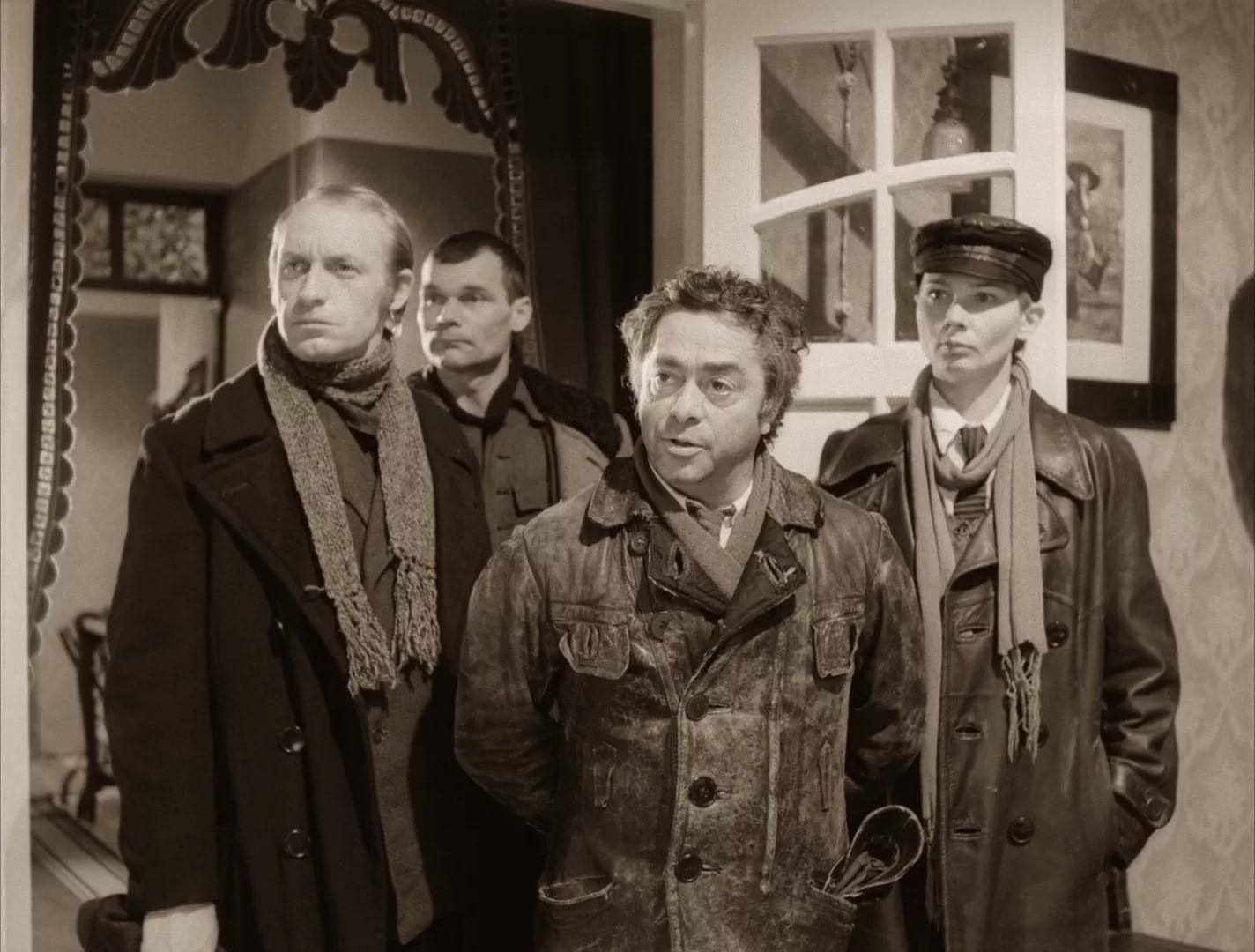 "During Soviet times, the culture of the bulk of the population - i.e. workers and peasants - became dominant. And the characteristic behaviour of these classes became the norm," explains Natalya Tikhonova, a chief research fellow at the Center for Stratification Studies at the National Research University Higher School of Economics. "For them, a person's earnings or intra-family relations were not a taboo subject."

The phenomenon of Soviet communal apartments completely deprived people of the opportunity to get away from other people and to keep their personal lives private. After the Revolution luxurious aristocratic apartments and mansions were "compacted" - each room had a different tenant or even a whole family living in it. It was part of the struggle against social injustice, except that the shower, toilet and kitchen had to be shared with the other tenants. 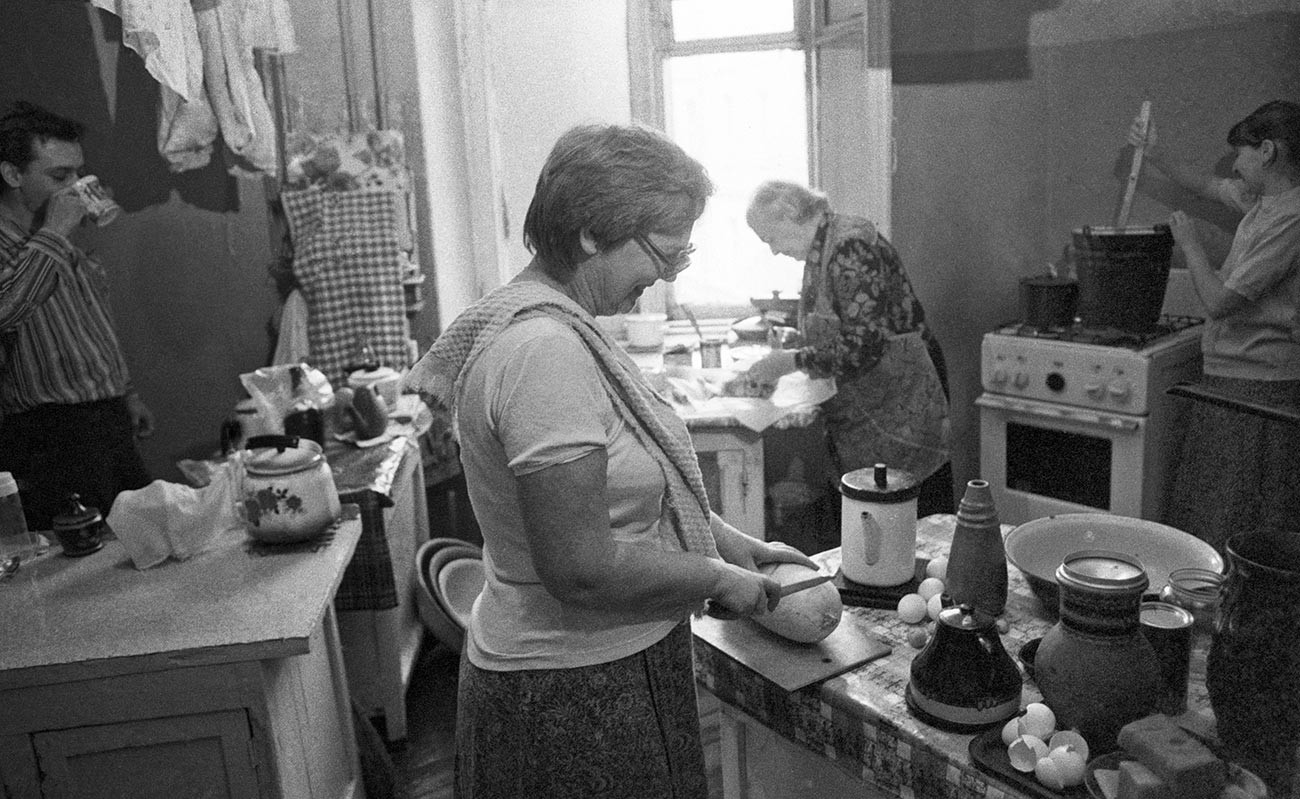 A common kitchen in a Soviet communal apartment

Therefore, when in the 1950s families started to be allocated individual accommodation en masse, everyone was delighted to have a separate flat, albeit small and modest.

Also, there was a citizens' oversight system in the USSR. An unfaithful or heavy-drinking individual, male or female, could easily end up being summoned to a "comrades' court" at work or be expelled from the Communist Party. Those who didn't perform well at school or university could be compulsorily put under the supervision of the best students.

As a result of many years of intrusion into people's private lives, which became effectively non-existent, there was essentially no notion of privacy in Russia. And this state of affairs still persists today.

"I won’t miss people breathing down your neck in the pharmacy line, asking why you picked out such expensive medicine. (There is no word in Russian for "privacy")," American journalist Julia Ioffe wrote when she returned to the U.S. after several years working in Russia. 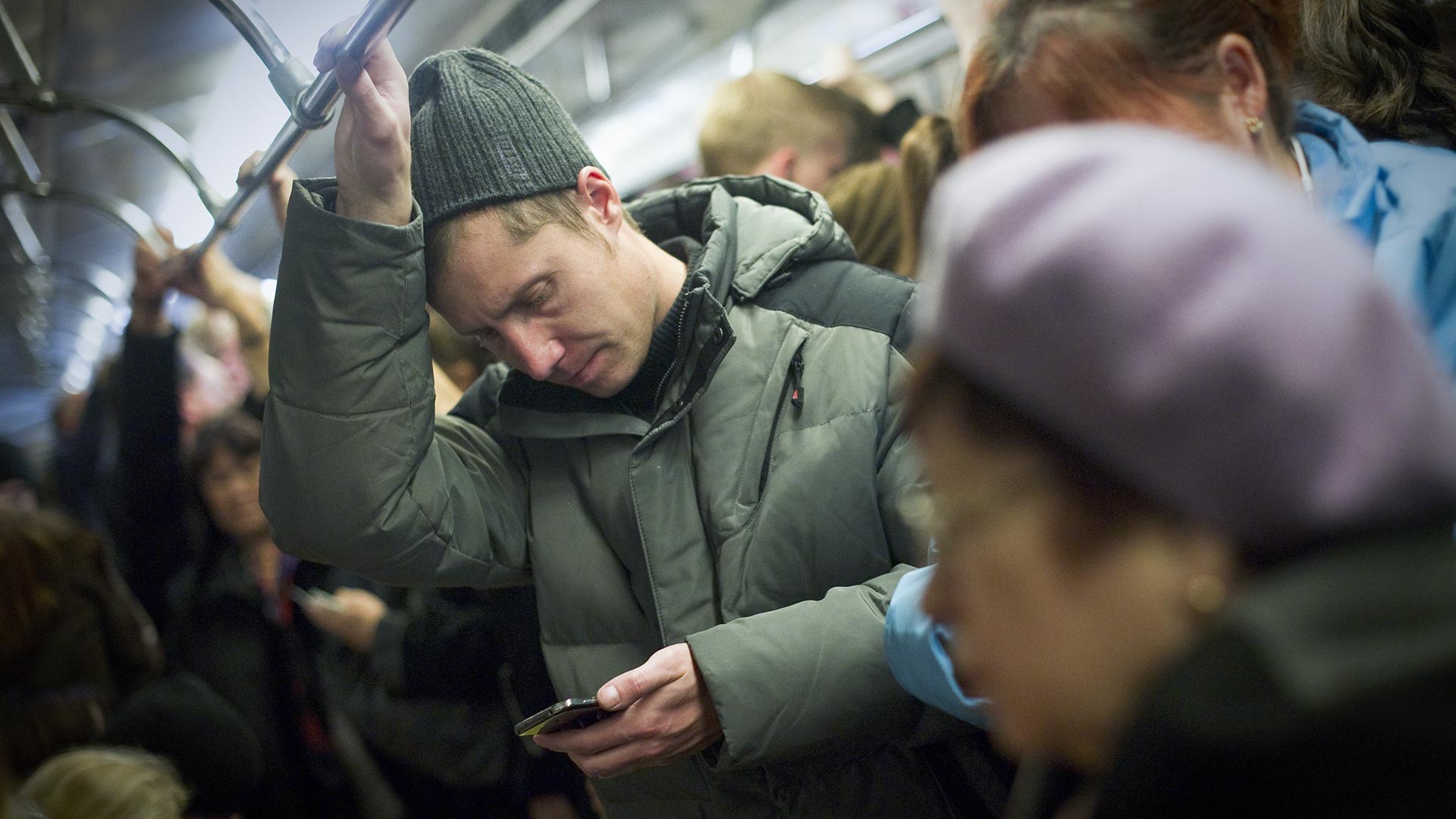 The dictionaries give the meaning of the English word "privacy" as "being alone and undisturbed: the right to this freedom from intrusion or public attention", in other words the right to avoid intrusive attention from others. According to linguists, the word really doesn't have an exact equivalent in the Russian language. Depending on the context, it can be translated with the help of terms such as "private", "personal" or "confidential", but these words do not fully reflect all its shades of meaning.

Linguist Tatiana Larina proposes the notion of "avtonomiya lichnosti" [individual autonomy] as an equivalent. In the English language, this right to be alone is an important cultural phenomenon since there is even a saying "my home is my castle". But in Russian culture this notion is not widespread because frequently it is only lawyers who know about the inviolability of private life in Russia.

In spite of the pandemic, many people in Russia fail to observe social distancing. This happens very frequently in queues where people of the older generation squeeze up against those standing in front of them until they are almost touching. 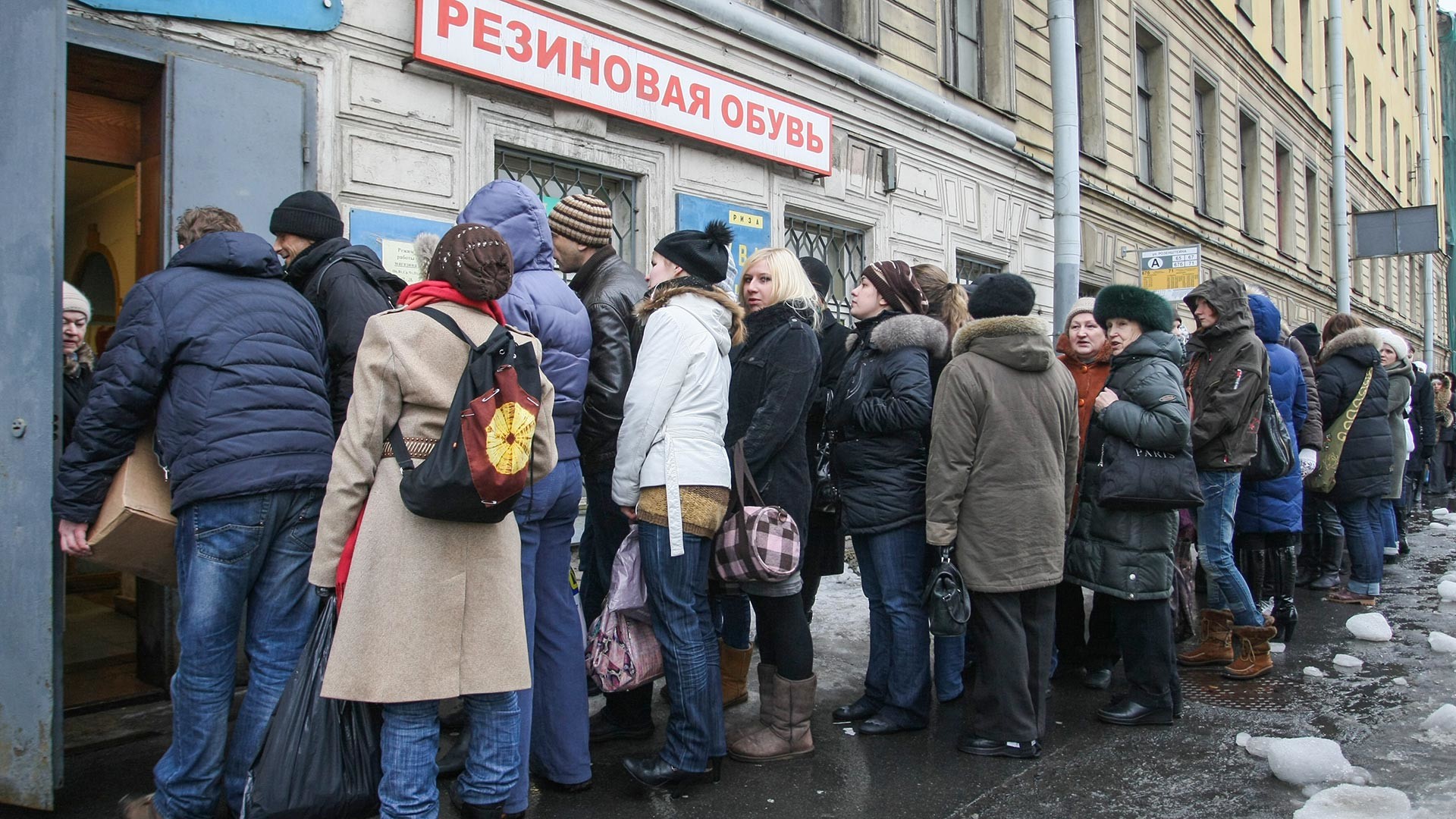 A line for rubber boots

"Recently I even asked a woman to keep her distance, but you should have seen what she snorted angrily at me in response," says Elena, an accountant from Moscow. "Many people think - it seems to be a legacy of Soviet times - that if you stand more than a meter behind the person in front of you, someone is bound to push in and steal your place in the queue. It's the same on the roads with drivers."

Another ordeal for people sensitive to privacy is posed by public transport. In any mass transit system in the world in the rush hour there is going to be a crowd of people all squeezed up against one another and all feeling exactly the same way (hemmed in). 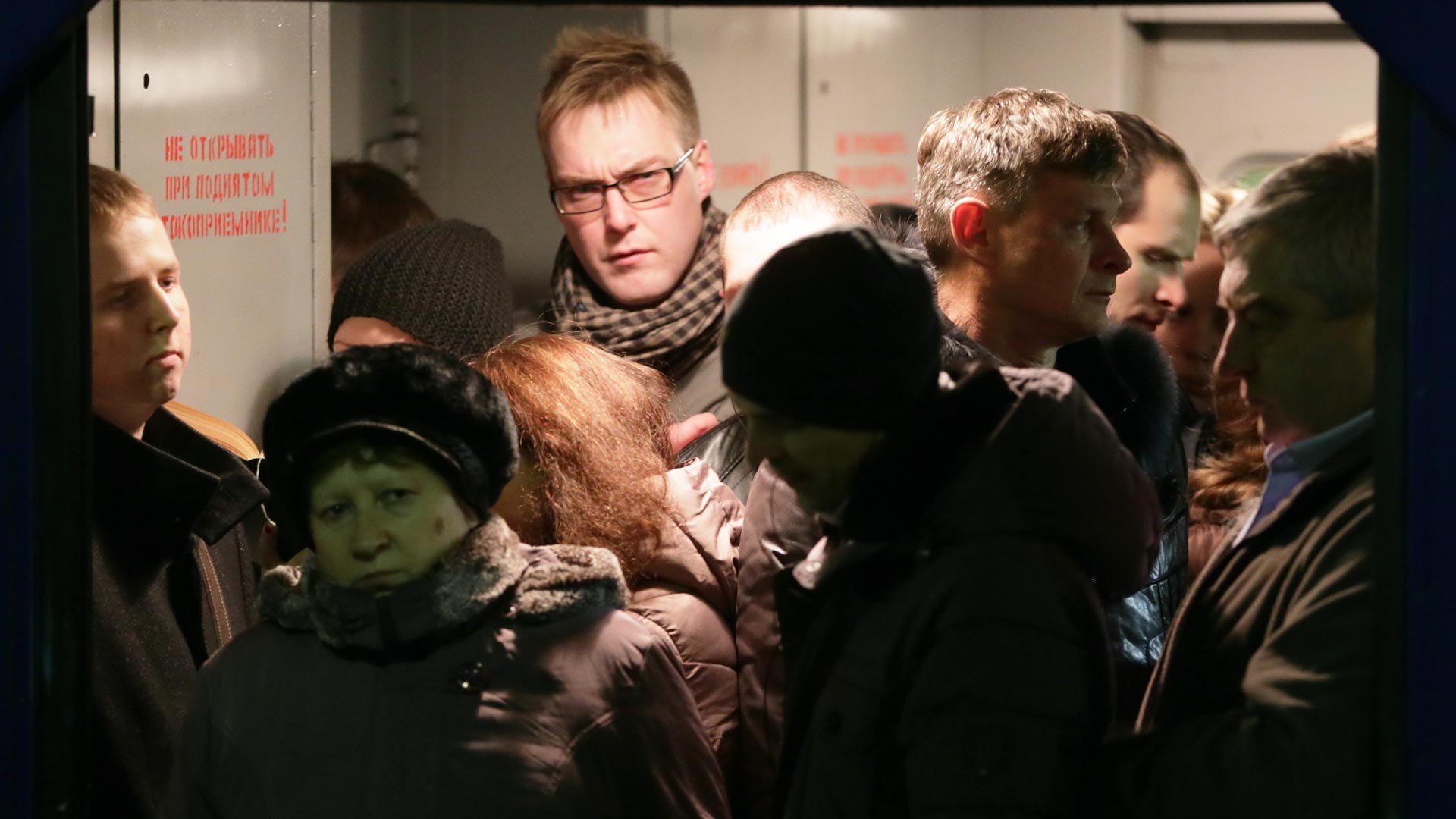 In a suburb train

At the same time, even in these situations it should be possible to observe certain rules of decorum. "I was once sitting in the Metro and a woman standing in front of me kept brushing against me with her large and not particularly clean carrier bag. I asked her to take care with her bag, to which she responded by launching into an angry tirade to the effect that she had nowhere to put her bag, and if I didn't like it here I should travel in my own car and that I wasn't the only person here…" says Alexandra, a pensioner from Moscow.

A shock to foreigners

Whereas Russians have by and large got used to having their personal boundaries violated, foreigners in Russia are sometimes genuinely shocked by behavior they find tactless. Lucia from Italy lived in Russia for a number of years and encountered such things on more than one occasion. The woman in charge of monitoring the floor of residence at the Russian State University for the Humanities where she was a student would come into her room without warning or knocking and discover her draped in a towel or wearing her nightwear - and would not be the least bit abashed. "My friends explained that in Soviet times there was no concept of privacy as we understand it nowadays, and her behavior was just part of that mentality," Lucia says. 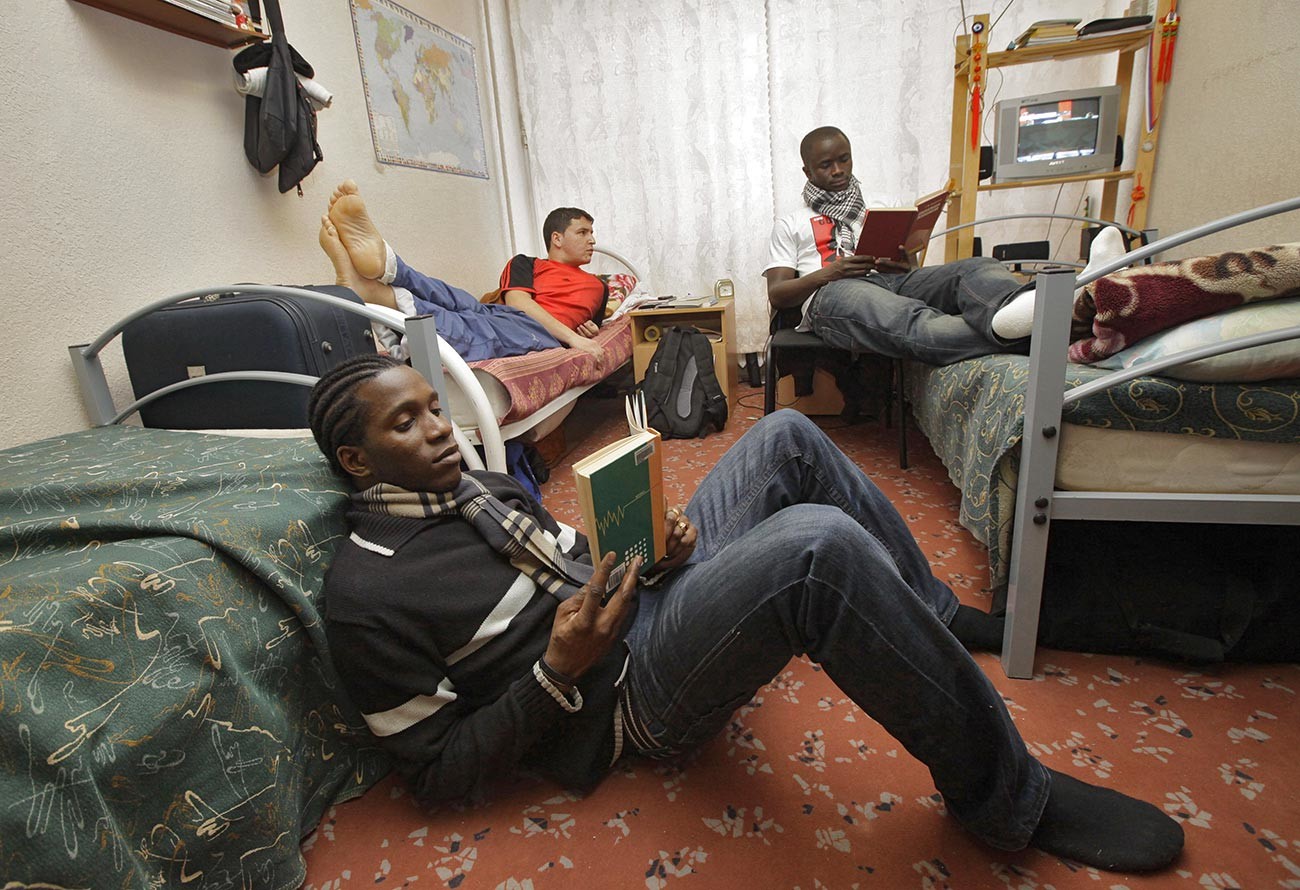 Frenchman Erwann has lived in various Russian cities and experienced for himself this same "cultural peculiarity" of Russians so frequently that he has even stopped being surprised. The most striking example happened to him in Nizhny Novgorod. Erwann was a student there for a whole year and rented a flat near the university, and his landlord treated him as a son from the outset… and in a fatherly fashion started coming over without warning early in the morning every Sunday, and could remain chatting for the whole day. According to Erwann, in France people at the very least give prior warning that they are going to drop in, and more often than not arrange meetings in good time.

An inevitable ordeal for foreigners is also posed by personal questions from people they don't know well. "I don't know how many times I've been asked "Are you married?" within a minute of meeting someone," Erwann says, laughing. Lucia says she was initially irritated by excessively personal questions from people she did not know well: How much did she earn? Did she plan to marry and have children? But then she also got used to it and stopped being surprised or embarrassed.

"Russians don’t really have a concept or understanding of “boundaries”. It is absolutely common for strangers to start asking you personal questions and offering advice (that they were never asked to provide...). Even when I go to the doctor in Russia, the female doctors will ask if I have children and when I say I don’t, they’ll ask why not," says Mariya, who is Russian but grew up in America and has lived in a number of different countries. She does not advise people to interpret it as a negative trait or as a lack of manners, however. "I don’t think it should be taken the wrong way. Russians are genuinely curious, open and helpful people so many of them are not consciously trying to invade your privacy or be too nosy or make you uncomfortable. It’s just a national trait, if you will, so I’ve learned to live with it and not let it bother me."

Still, in a small section of the population, privacy has always existed. Before the 1917 Revolution it was the privilege of the nobility and in Soviet times it existed in the milieu of the educated intelligentsia. For them, there were questions that were inappropriate to ask and there was an idea of personal space.

"[Of late] psychotherapists are frequently approached by people experiencing problems to do with separation from, and the creation of boundaries with, their loved ones," says psychologist Galina Laysheva from the YouTalk service. "Many people feel that their parents are overly controlling or that they continue to preoccupy them psychologically even when they have moved out of the parental home."

Also, according to the psychologist, the idea of working through your feelings and developing your emotional intelligence in general is now becoming popular and even fashionable.