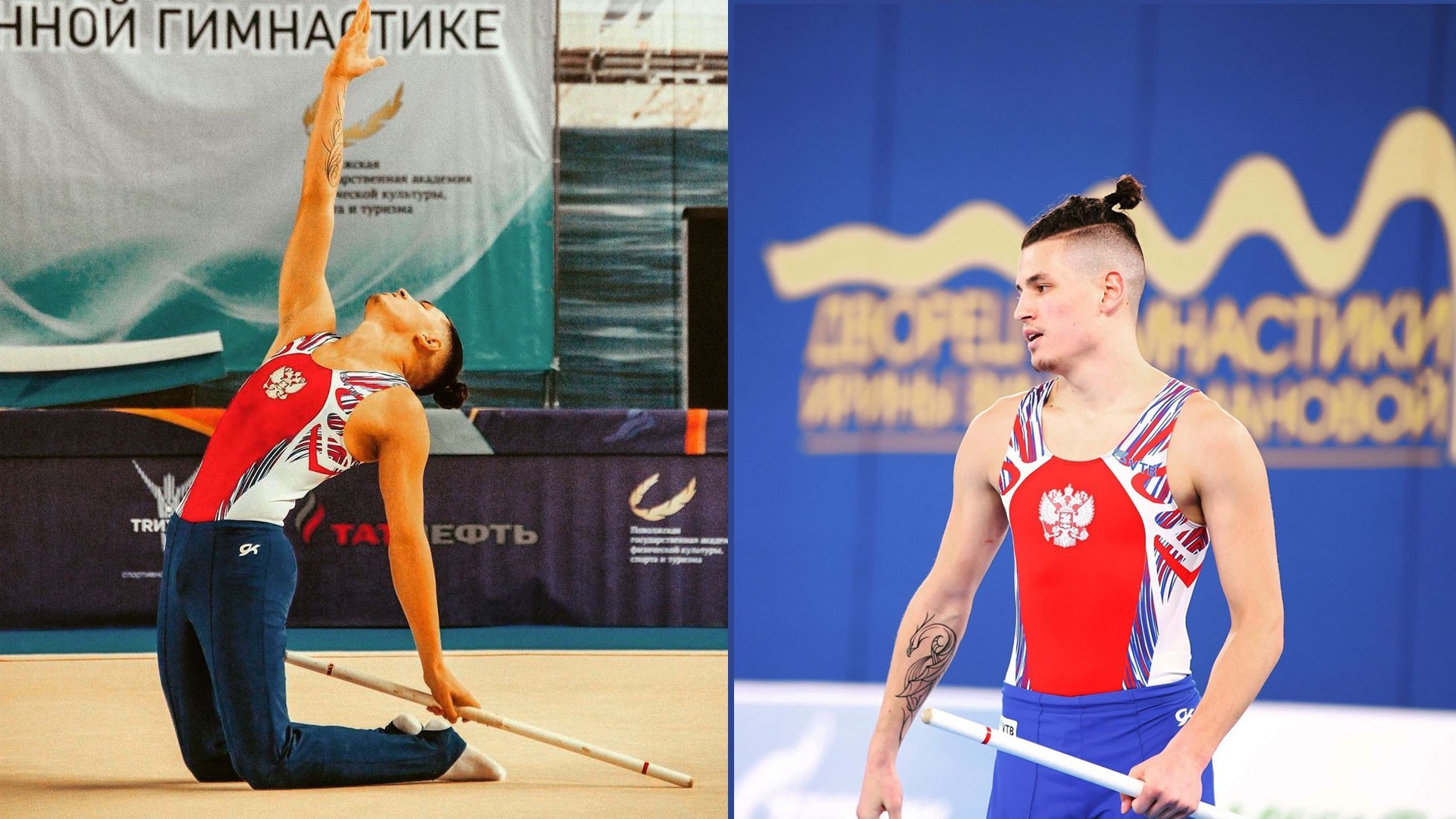 Bulat Sungatulin/Personal Archive
The main rules followed by Russian male rhythmic gymnastics are to train more, to have as few sequins as possible and “not to imitate the girls”. But even these rules don't protect them from hate on social media.

A young dark-haired man with a duffel bag over his shoulder confidently strides down a set of long, brightly-lit corridors. On the walls is a display of female beauty - almost all are covered with photos of Russian female gymnasts.

“And how soon will your photo appear here?” I ask the guy.

“It is not going to happen any time soon,” he replies self-deprecatingly. 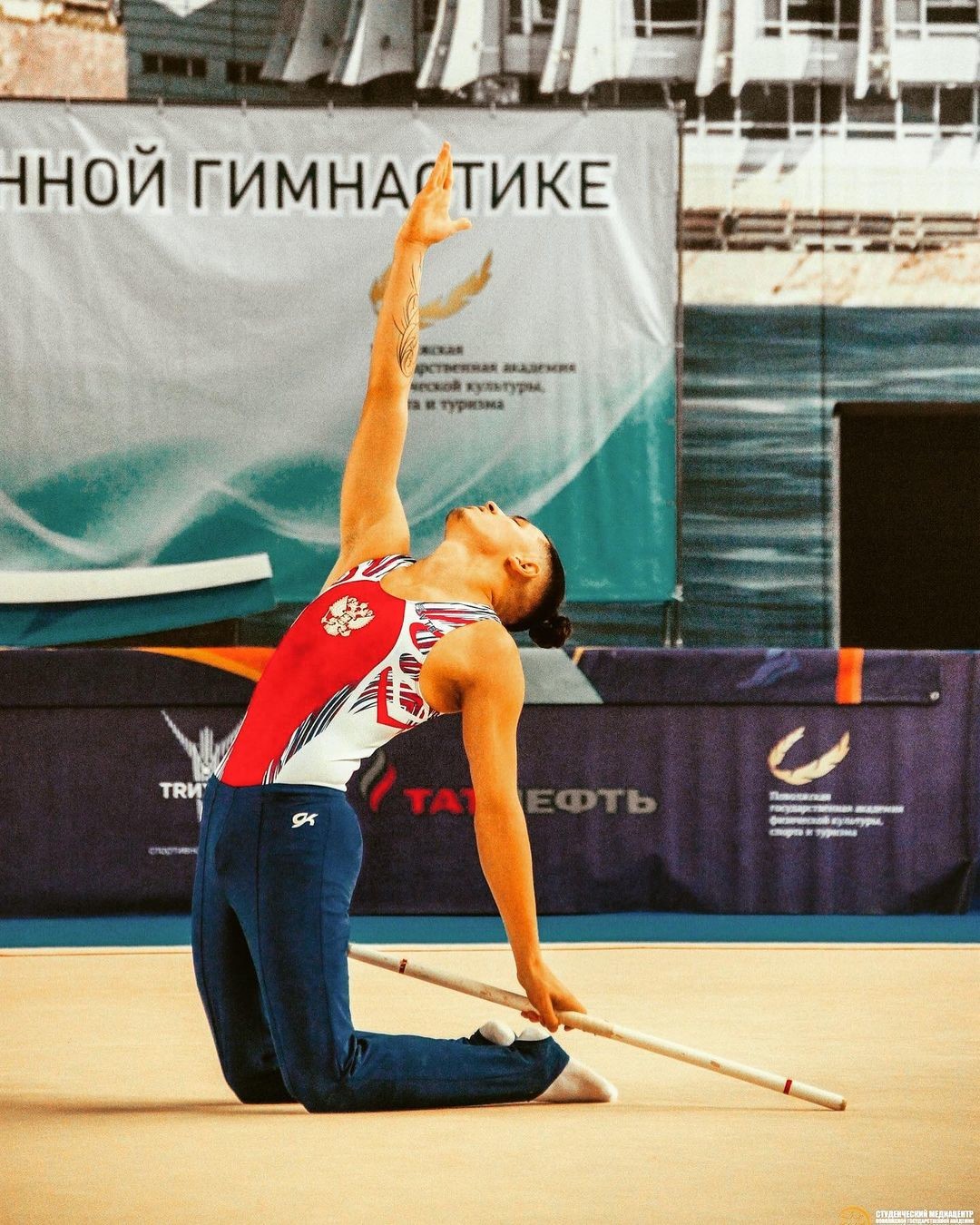 For five years, six days a week, 21-year-old Bulat Sungatulin, a men’s rhythmic gymnastics coach and 2021 champion of Russia, has walked these corridors with the aspiration of becoming an Olympic champion at some point and making the men’s version of the sport popular.

However, the popularization of the sport is not going smoothly - stereotypes are getting in the way. In late July 2021, Tatiana Navka, ice dance gold medal winner at the 2006 Winter Olympics in Turin and wife of the press secretary of the Russian president, criticized the performance of Spanish gymnast Cristofer Benítez.

“I’ve always regarded rhythmic gymnastics as a wonderful, beautiful and feminine sport, but what do we see here…? True, I am happy that there is no such thing in our country and I hope there never will be. And that musculine attributes will continue to be musculine and feminine ones will continue to be feminine! And that my children will never see such things and regard them as the norm,” Navka wrote on her Instagram.

In fact, there are several schools in Russia that teach men’s rhythmic gymnastics. Among them is the Kazan Gymnastics Center run by Olympic champion Yulia Barsukova where Bulat Sungatulin trains and teaches.

Performances by their students are fundamentally different from the more ostentatious Spanish gymnasts, but the Russian male gymnasts also have to combat stereotypes on a daily basis, trying to prove that their branch of the sport has nothing to do with effeminacy. 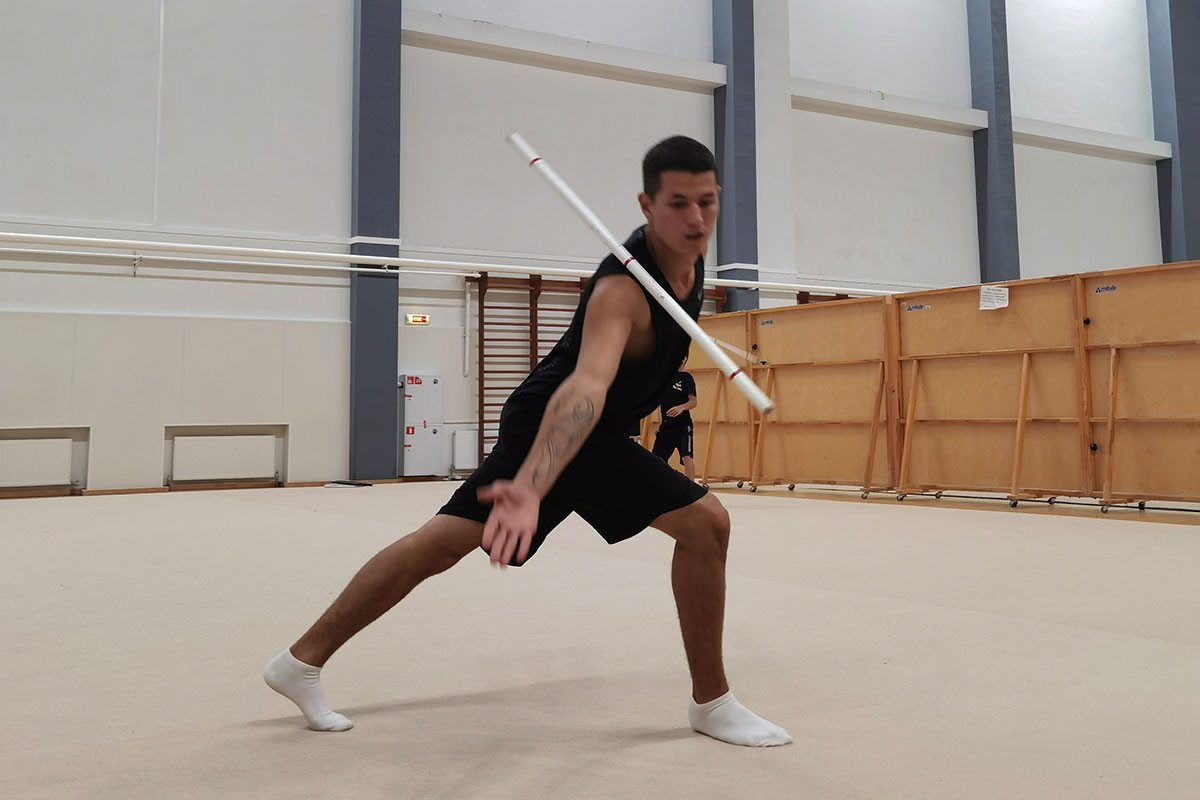 The department, however, did not prosper and its athletes were mainly invited to participate in commercial tournaments (the athletes had to pay to take part) and many left the sport. In 2014, Bulat, too, gave up gymnastics and took up football. But, in 2017, he returned, joining Yulia Barsukova’s gymnastics center, which had just revived the men’s division. It was difficult to recruit new students - once again, parental stereotyping interfered, according to female artistic gymnast and acrobatics coach Raushaniya Gabitova.

“Today, we can take boys in the department ‘from scratch’, from the age of 4-5, since the sport is now something people know about; still, in terms of popularity, it comes last in our school. There is still a long way to go,” explains Gabitova.

There are two schools of men’s rhythmic gymnastics - Spanish and Japanese, according to Raushaniya Gabitova. In the Spanish version, boys perform the same routines as girls - with balls, hoops and ribbons. The Japanese school, on the other hand, is based on elements of the martial arts, with the main emphasis on strength, agility and endurance.

“We don’t touch the Spanish school and we pay no attention to it. I have nothing against it, but we are developing gymnastics in the Japanese style. This implies masculinity and acrobatics. The boys say that it is not at all easy - you need to have a good breathing technique and endurance to do the routines. It would be wrong to compare these two sports, because they are very different,” according to Raushaniya. 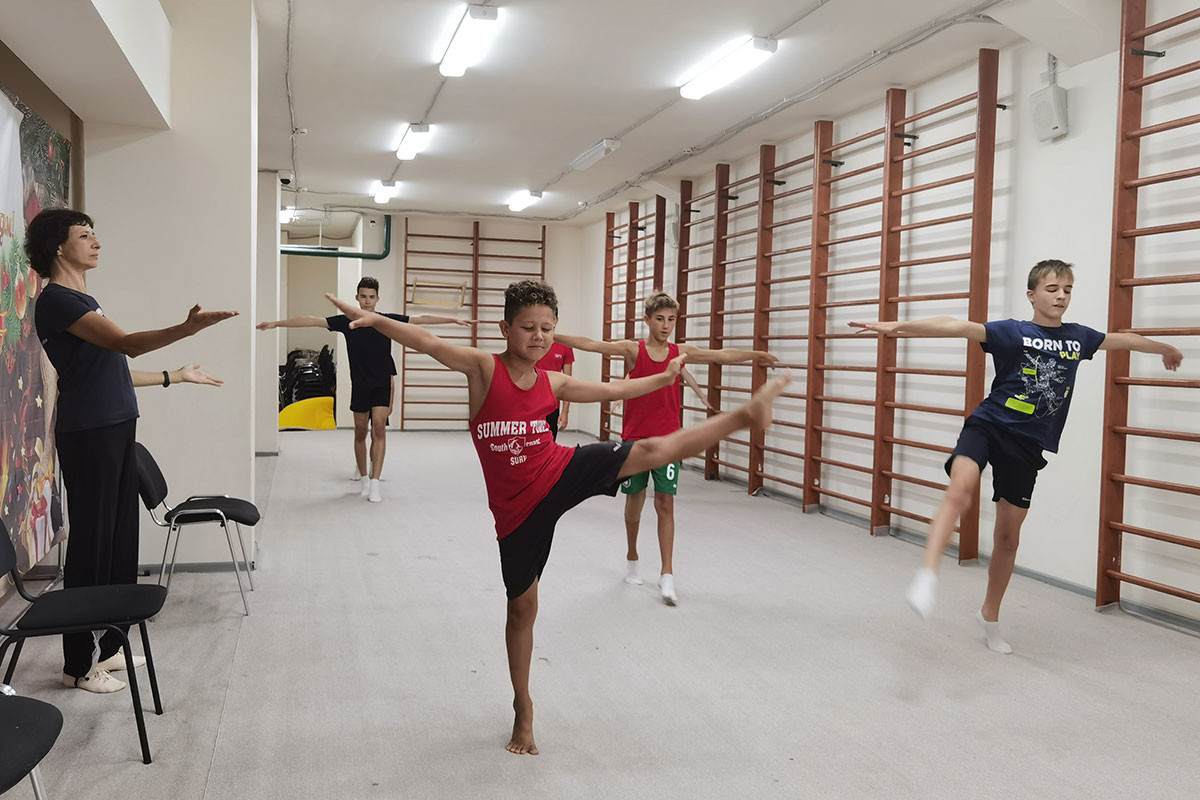 Bulat, in turn, describes himself as the “main adversary” of the Spanish school.

“I find it disgusting and bizarre and I will never be able to accept it. From childhood, I have been practising in the gym surrounded by girls. And what girls do in rhythmic gymnastics should feel unnatural for guys. We don’t make a show of suppleness, we don’t have exceptional elasticity and we can’t do a full backbend. We show our strength and endurance and definitely not any feminine qualities,” says the athlete. 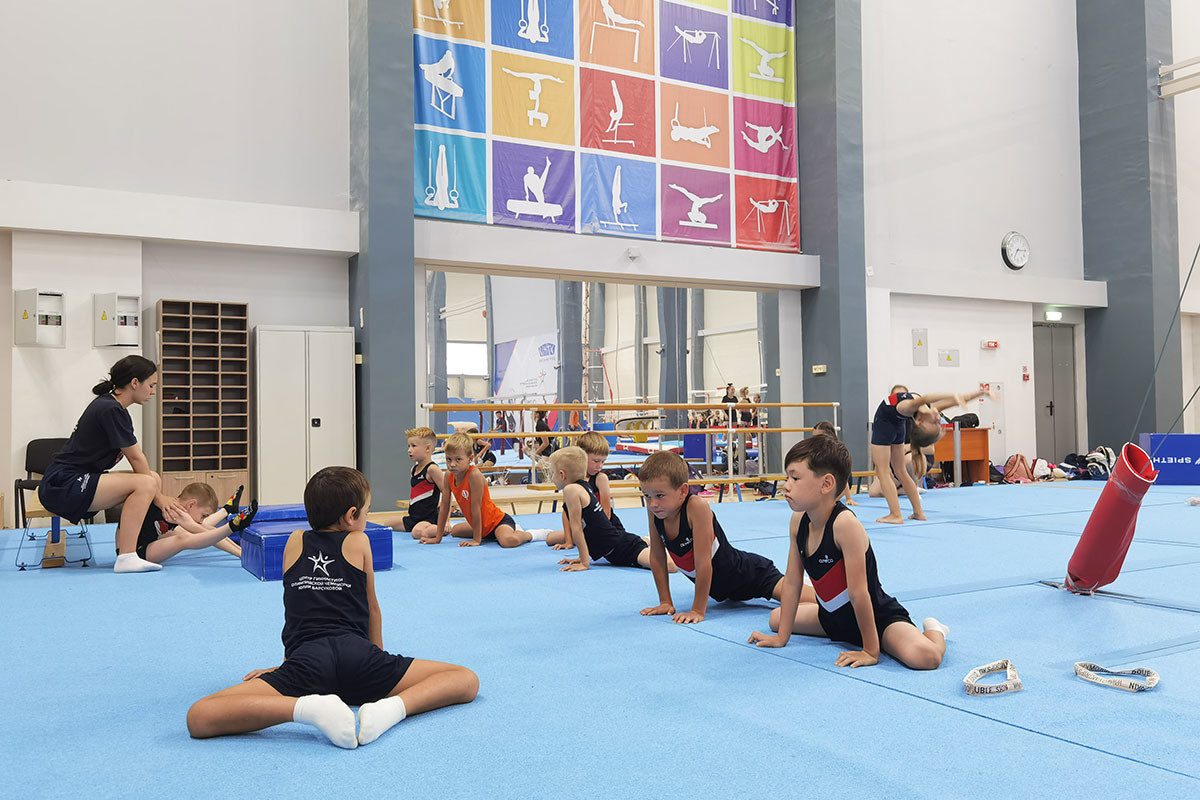 Students at the Kazan school train in several disciplines almost every day - acrobatics and choreography, as well as learning routines involving rings, the rope, the stick and weighted clubs. Training sessions can last up to 3-4 hours a day and each of them includes stretches, muscle exercises and general fitness training. A fee is charged for the lessons - they cost 4,000 rubles (approx. $54) a month, but the best-performing boys are awarded state-funded places or qualify for discounted tuition fees.

In competitions, boys perform in both individual and group events and in mixed pairs with girls - they are judged equally strictly and have points deducted for falling, losing their apparatus or stepping outside the carpet. No-one stops the male costumes from having sequins, but, according to Gabitova, the boys themselves choose simple, manly clothing. 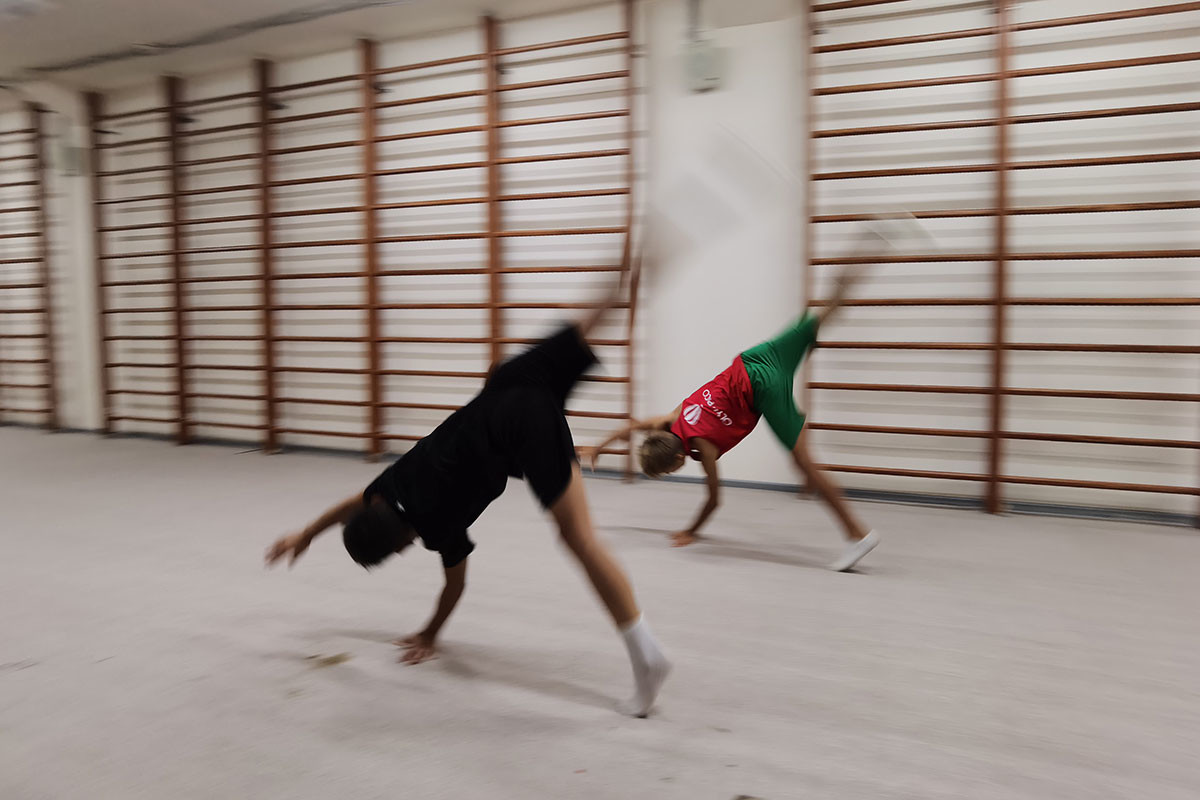 Gymnasts from Kazan have taken part in several inter-regional and all-Russian competitions and, in January 2021, they won the first Russian men’s rhythmic gymnastics championship.

“It’s cool and spectacular, but, for the time being, there are still too few athletes to measure up to. A lot of time is going to be needed, probably a decade or so - that’s for sure. An international tournament is scheduled to take place in Japan in 2022, but there is still the selection process to get through, so we’re going to have our work cut out in the next half year,” Gabitova says in conclusion.

Champion of Russia with concealed injuries

“I hear the signal, the music sounds and I lose my club straight away, so I run up to it, but fumble nervously and accidentally push it away even further. Some 15 seconds pass and I forget the routine. I didn’t even keep the video of that performance. I was 16,” Bulat Sungatulin says, recalling his appearance at the 2017 Federal District Championships, in which he took part two weeks after returning to the sport.

During his first training sessions he felt like an “ugly duckling” in the company of younger athletes. He also admits that in this period he was too impulsive, and that during training he would throw his sticks and rings in anger. 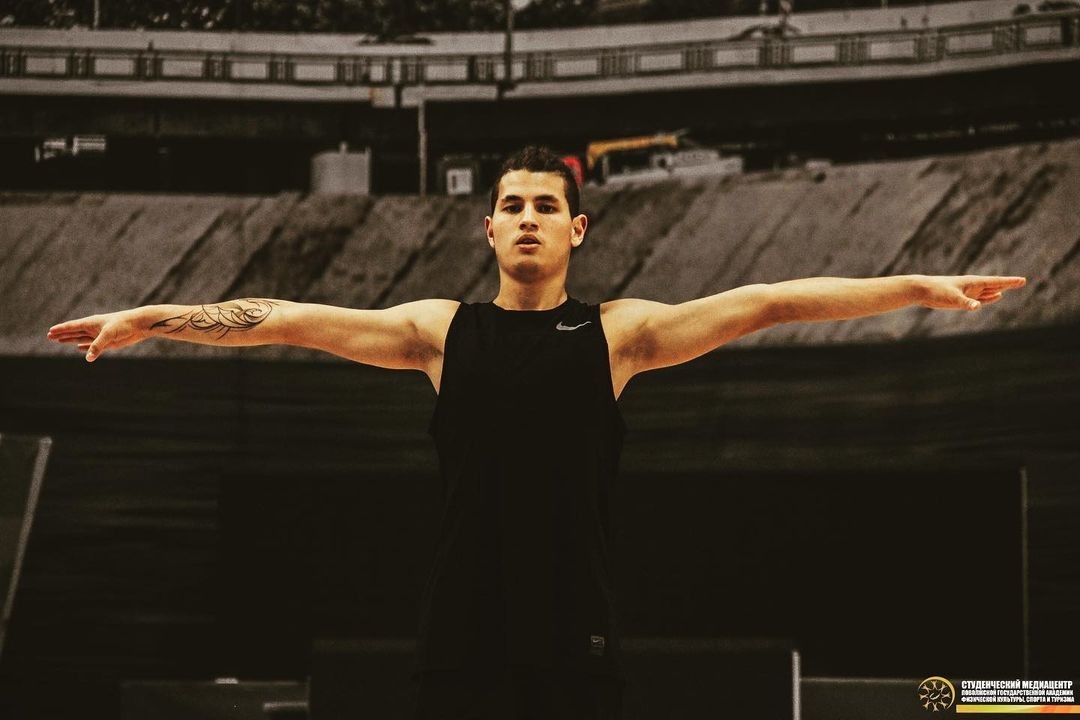 “My muscles had tightened playing football, whereas for gymnastics you need a lot of flexibility. As a result, I spent two years with aches and pains in my legs and it was even painful to walk. I used to wind tape around my legs and take painkillers. I neglected my studies, although I passed my Unified State Exam [preliminary exam for higher education] without tutoring and got my certificate - fair enough. On the other hand, [in sport] I raised my game and nothing else existed for me except my training sessions,” Sungatulin recalls.

“We got together a group of 16 boys. To give the parents an idea of what was involved in the sport, we put on a performance for them and everyone demonstrated their own particular routines. I performed, too, and then went up to the parents and they said: ‘It’s all cool, we agree, it’s not what we thought’,” Bulat fondly remembers.

In early 2020, a month before a gymnastics display in Hungary, Bulat was injured playing football - he had continued to play in his spare time to get over the negative feelings that had built up in his gymnastics training. 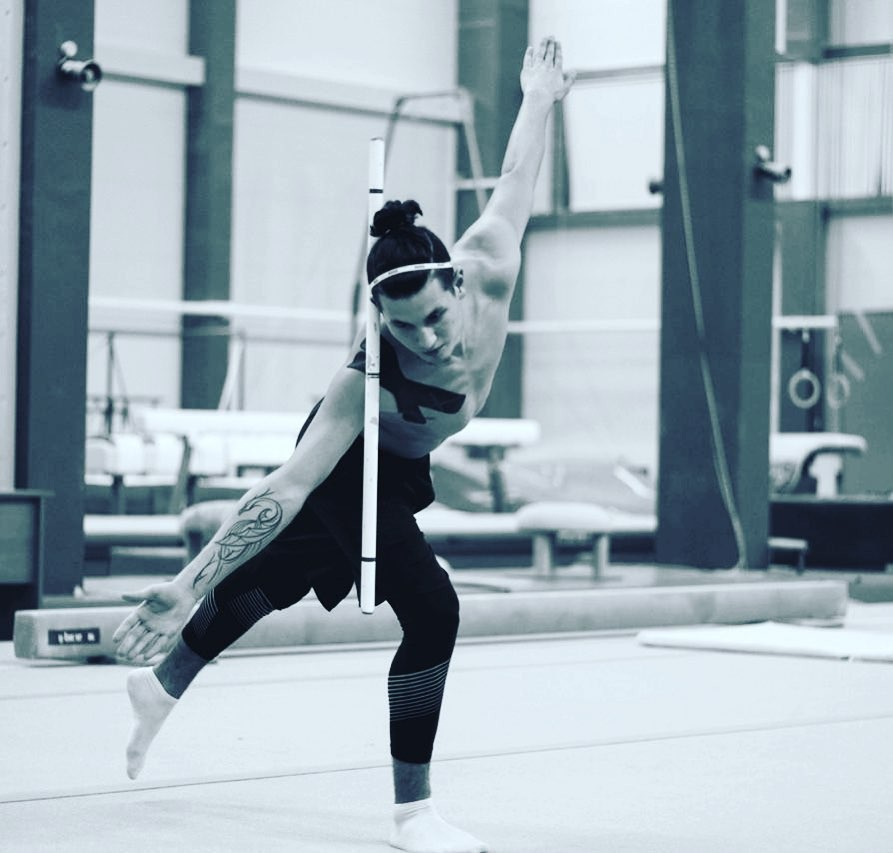 “They told me it was going to take about three months to recover, at least that, but I couldn’t tell my coach that I had a football injury. In the end, I asked them to put down on the medical certificate that I had slipped and fallen,” Bulat says, recalling his injury.

Bulat spent two weeks undergoing physiotherapy. He performed in Hungary despite his injury, but he didn’t take part in subsequent competitions and secretly spent the winter and then spring 2020 during quarantine recovering. 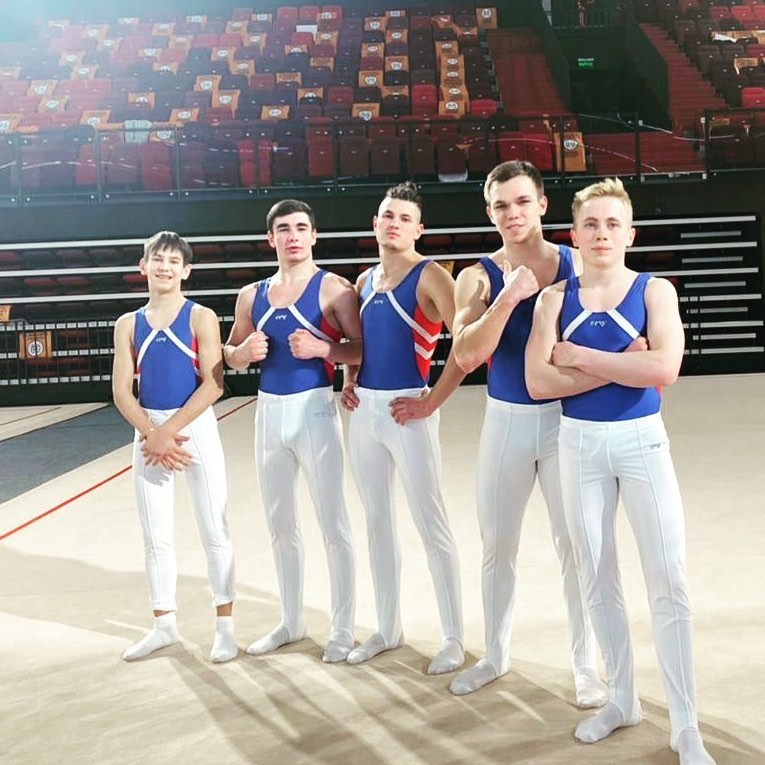 Bulat spent two months preparing for the 2021 All-Russia Championships. He would go to the gym at 9:00 am and leave at 8:30 pm, with two hours rest in the course of the day. He triumphed in all his personal routines and was awarded the title of Candidate Master of Sport. Until then, male rhythmic gymnasts had not qualified for the title in Russia, while girls have been able to qualify for it from the age of 12-13.

“Since the Russian championships, I like my routines with rings. I spent a long time editing the music so that it all seemed composed specially for me,” he said.

Bulat and other athletes sometimes encounter negative comments on social media - all because of people’s ignorance of the different branches of the sport. According to Bulat, he used to meet with negative comments three years ago and it’s taken several years to bring about a change of attitude in society towards rhythmic gymnastics.

Nevertheless, below clips of performances by certain athletes you can still find comments such as: “It’s somehow not manly”, “Too effeminate” or “They still need to go to school afterwards!”

“It drives you mad, but then you shut your eyes and get down to work,” Sungatulin says, describing how he tries not to react to the haters.

The athlete hopes that by the 2024 Olympics men’s rhythmic gymnastics will have joined the list of Olympic disciplines and he will be able to compete.

“Everything hinges on the next three years, as far as I am concerned, because when I’m 28, I can hardly expect to be selected. I take a sober view of my abilities, and that’s fine. I just have to try even harder,” Bulat says in conclusion.