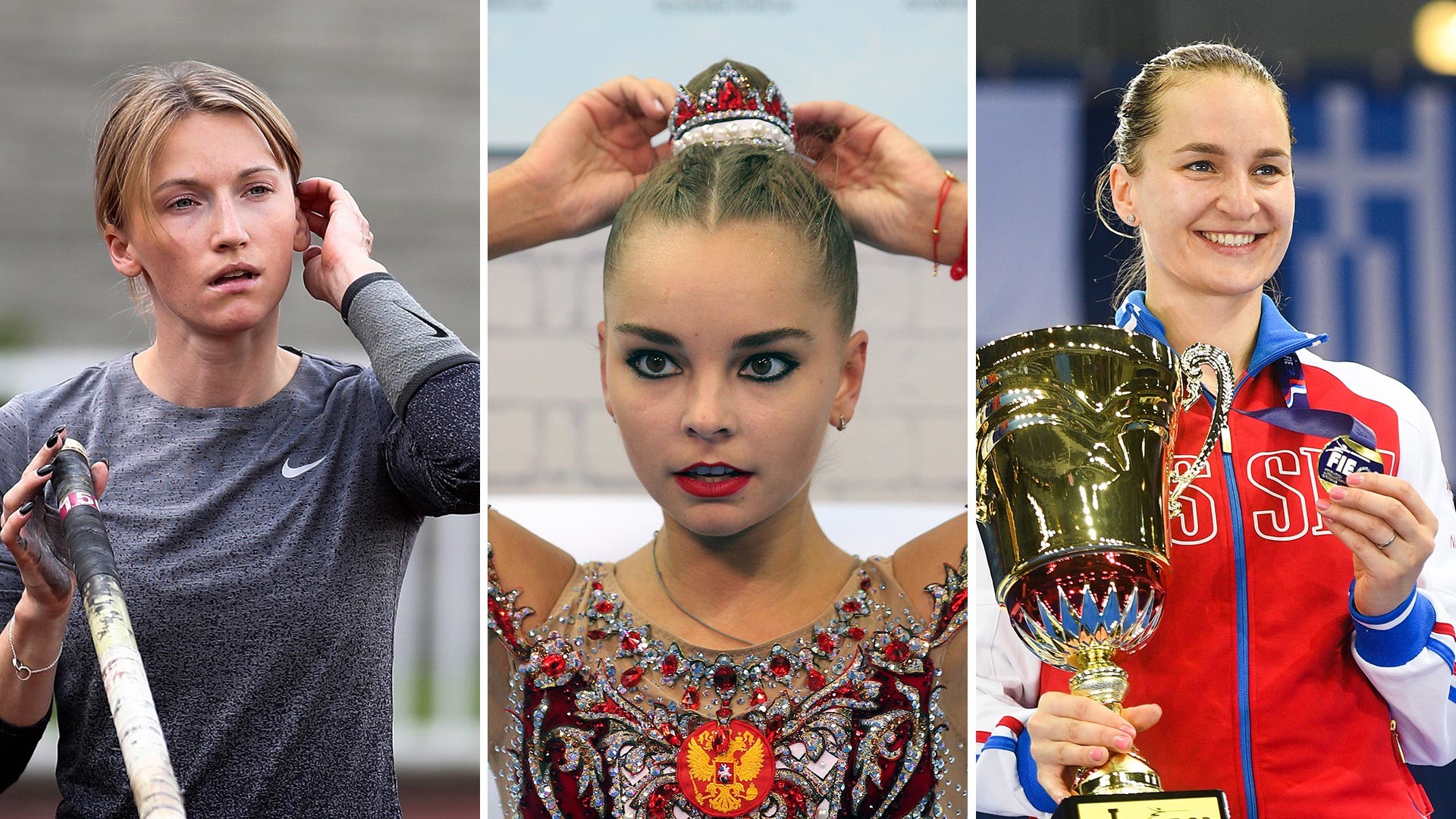 This year, the Russian boxing team in Tokyo is represented by 11 fighters, among them four world champions, but only one, Andrei Zamkova, a native of Amur Region, with prior Olympic experience. He appeared at the 2012 Games in London, winning a bronze medal and, in 2016 in Rio de Janeiro, reached the round of 16, losing out to Rayton Okviri from Kenya.

Three years later, in 2019, Andrei took first place in the under-69-kg weight category at the World Boxing Championships in Yekaterinburg. That is the category in which Zamkova will represent Russia (under ROC) at the Olympics as the captain of the boxing team. He is already chomping at the bit.

“We don’t have any ‘special’ opponents. We prepare for each fight as if it’s the last. Every one of us understands what we’re going there for,” Zamkova told RIA Novosti.

Mikhailov was chosen as one of the two flag-carriers for Russia under the Russian Olympic Committee (ROC). The Tokyo Games will be his fourth, having competed in Beijing in 2008, London in 2012 and in Rio de Janeiro in 2016. At his Olympic debut in Beijing, Mikhailov won bronze and was the team’s top scorer; then, in London, his team picked up gold. And that’s on top of numerous victories in the European Championships, the League of Nations and other competitions.

Mikhailov is described as a perfectionist and a workaholic; a survey of volleyball players in the Russian Super League named him as the most valuable player. We hope he demonstrates all these qualities at the Games in Tokyo. 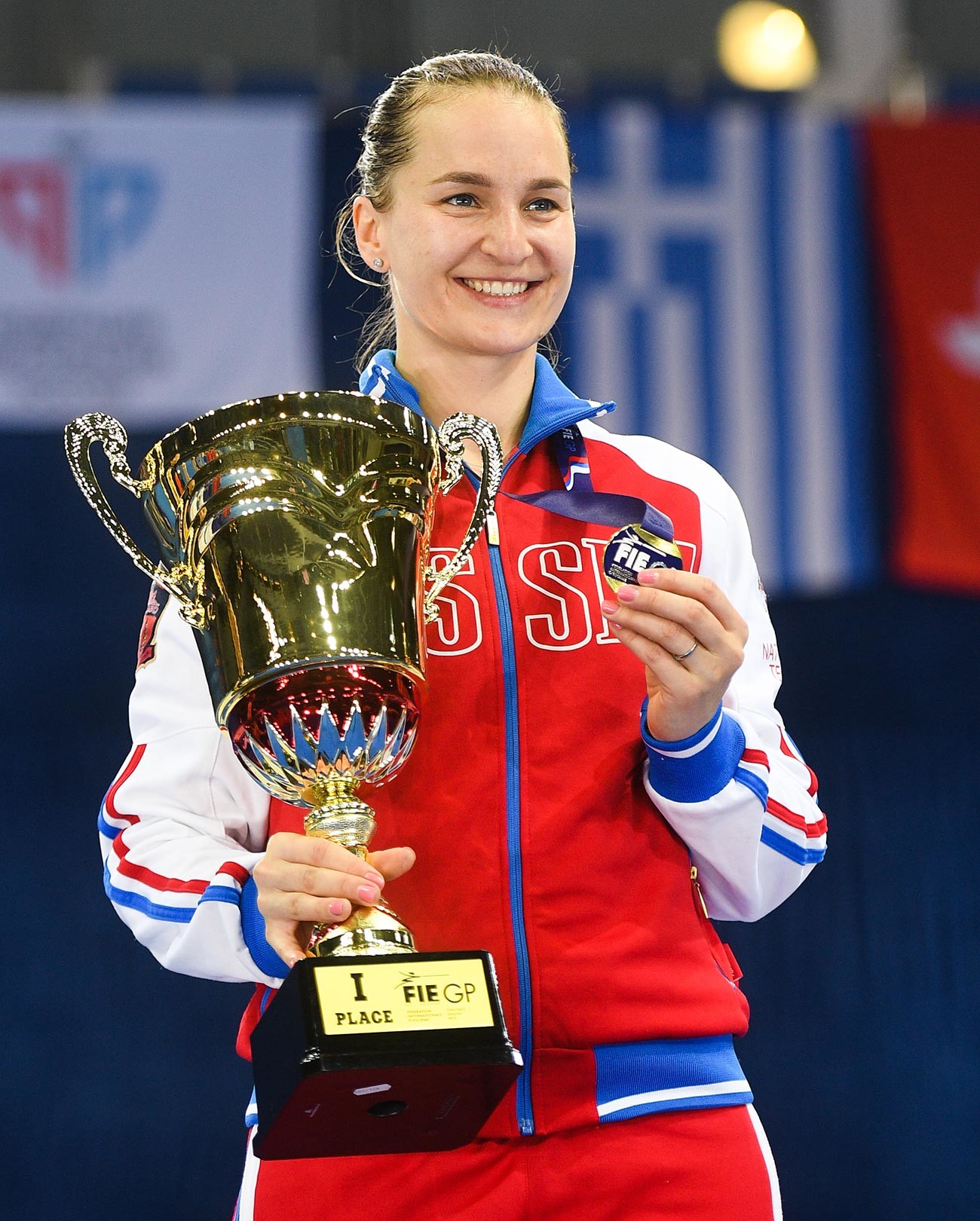 Team Russia’s second flag-carrier is Sofya Velikaya, a native of Alma-Ata, Kazakhstan. She won her first gold at the World Championships in 2006. During her career, Sofya has been world champion eight times and European champion 14 times, in both the team and individual competitions.

Three times Velikaya (whose surname in Russian means “great”) has appeared at the Olympics. Her finest hour came in 2016 in Rio de Janeiro, where she won a team gold, despite having given birth to a son three years earlier. 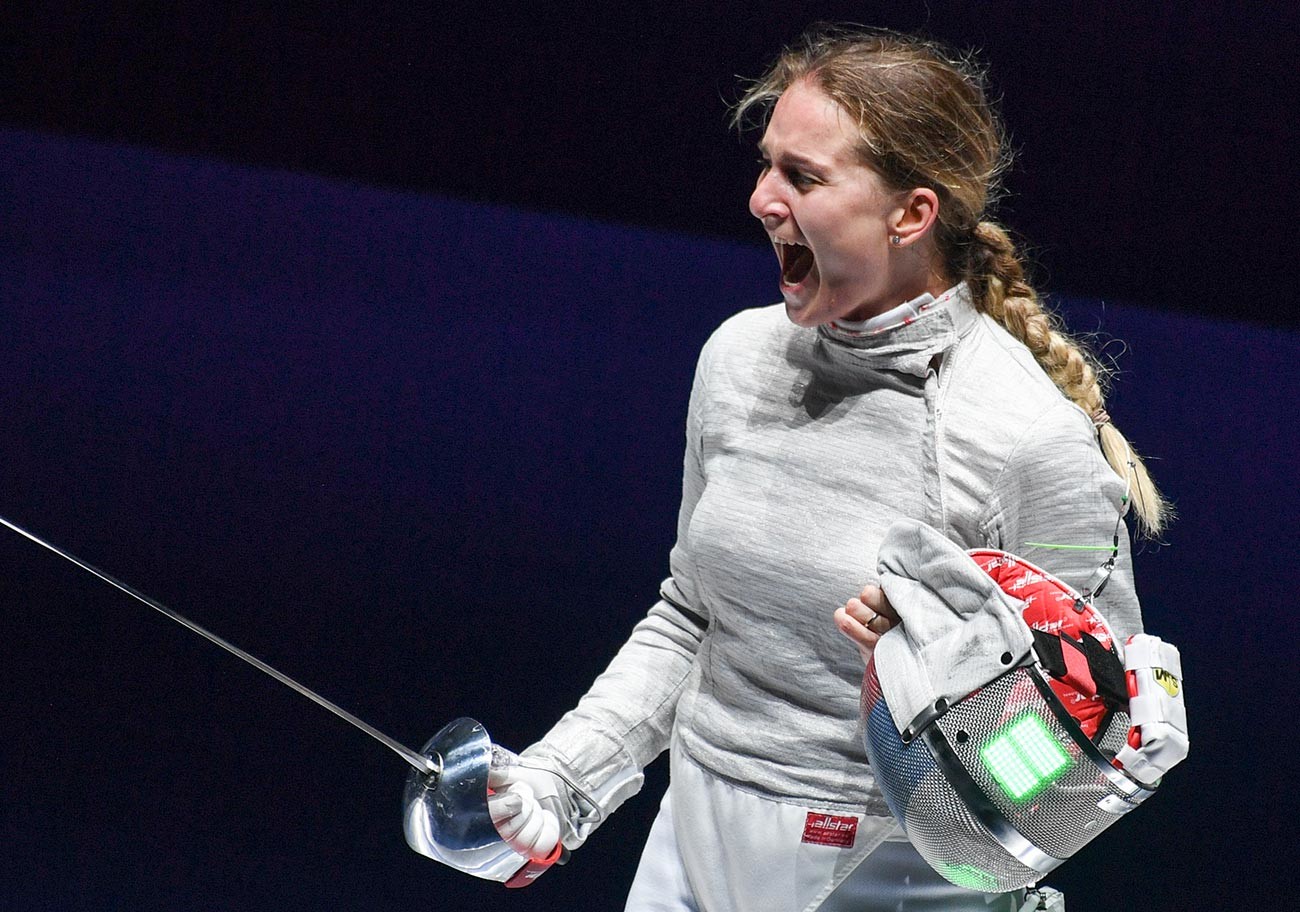 After the Olympics, Sofya gave birth to her second child, a daughter, went on maternity leave and returned two years later, winning four more medals at the European Championships in 2018-19. Now that’s a super mom!

One of the most medalled Russian gymnasts. He became world champion in 2019, having won a silver medal three years earlier at the 2016 Olympic Games in Rio.

Nikita talks about all his sporting achievements on YouTube, Instagram and TikTok, the last of which features exercise videos that have scored millions of views. In addition, Nagorny founded the ‘Academy of Champions’ club in 2018, where children and youngsters do gymnastics and stretching. We hope Nikita finds the time to shoot a video in Tokyo about how he won another gold!

This happily married mother of a three-year-old daughter, five-time Olympic and 21-time world champion in synchronized swimming is one of the most decorated athletes in the world.

She is the “terminator” of synchronized swimming, having suffered only three losses in all competitions in her career. Almost all of her victories, in Romashkina’s own words, were achieved without major drama, except that at the Olympics in Rio she had to perform in green (due to excess chemicals) water.

In Tokyo, Svetlana intends to become a seven-time Olympic champion and bring her career to a glorious conclusion, before starting a new, more relaxing life without constant training. And judging by her track record, she has every chance of doing that.

This graceful athlete, after victory at the Olympics in Rio, was nicknamed the “Handball Messiah” by reporters for her nimble, left-handed throws, passes and twists. It is these that have led her teams to victory, including at the World Championships in 2019.

In November 2020, Vyakhireva injured her lower back and was unable to play in the European Championships. But she has recovered in time for the Olympics and is looking forward to the start of the Games.

Not for nothing does this athlete from Dagestan, winner of the 2016 Olympics, go by the nickname ‘The Russian Tank’. He has only one defeat to his name and that was back at the 2017 World Championships. It spurred Abdulrashid to train for nine hours a day for a whole year and, at the next championships, he defeated his opponent with time and energy to spare.

Khabib Nurmagomedov repeatedly congratulated him on his victory, calling him the best for his undying spirit. The wrestler intends to harness his never-say-never attitude to secure another Olympic medal in Tokyo in the under 97-kg weight category.

Russia’s first women’s wrestling Olympic champion won gold in London in 2012 in the under 72-kg weight category and has already etched her name into the annals of Russian sport. In Rio in 2016, silver beckoned.

Just three months after giving birth to a baby boy, Natalia returned to training and continued to win medals for herself and her country: gold at the 2020 World Championships and silver at the 2021 European Championships.

In Tokyo, she is aiming for another gold, after which she plans to have another child and retire from sport.

If experience wins medals, Sidorova has more chance of picking up gold than any other Russian athlete: In 2019, she took the top prize at the World Championships with a jump of 4.95 meters.

During the 2020 season, Sidorova achieved a result of 4.92 meters at the Russian Championships and, in 2021, took second place at the Diamond League meet in Monaco with a vault of 4.80 meters.

In Tokyo, however, Sidorova will be up against Katie Nageotte of the United States, who has also broken the 4.95-m mark — it is she who will pose the main threat to Angelika.

The twin sisters will compete for gold in Tokyo, both in the individual program. It is difficult to judge which of them is better (and who is who!). Dina is a 13-time world champion, while Arina has “only” won four gold medals at the Worlds. But at the most recent European Championships in 2021, it was Arina who took top spot.

However, the sisters have repeatedly stated that they complement each other perfectly. Besides, this is their first Olympics, so we wish them every success in winning every discipline and hope there is no medal envy!