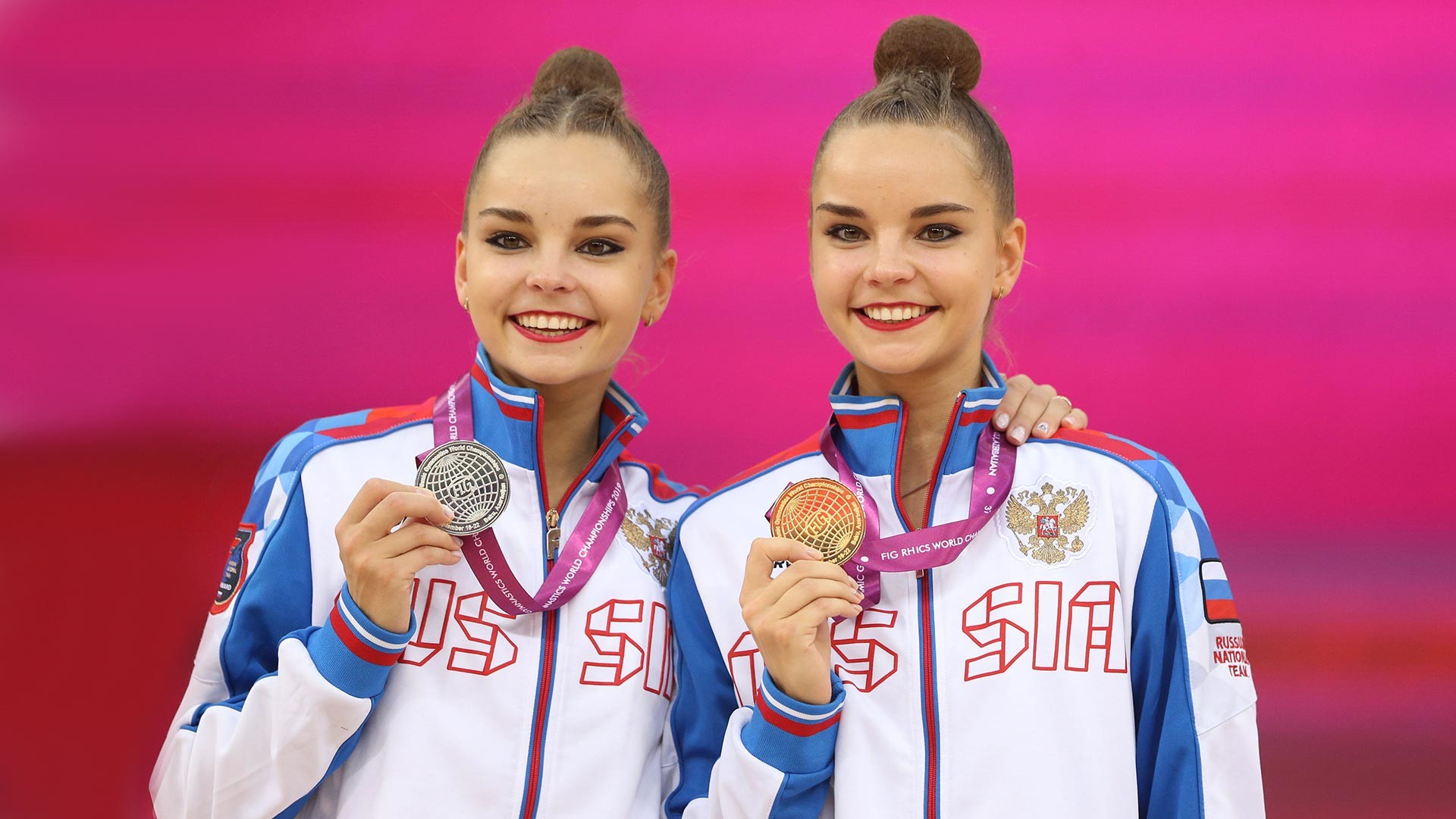 Global Look Press
Between them, the twin sisters have more than 15 world rhythmic gymnastics titles, and had, and still have, many chances to take the gold at the COVID-hit Tokyo Olympics.

“What do you do in quarantine? Do jigsaw puzzles, make collages, draw colorful pictures until the markers run out <...> oh yes, and we're growing a tree,” 22-year-old gymnasts Dina and Arina Averina describe what they do when not doing gymnastics. 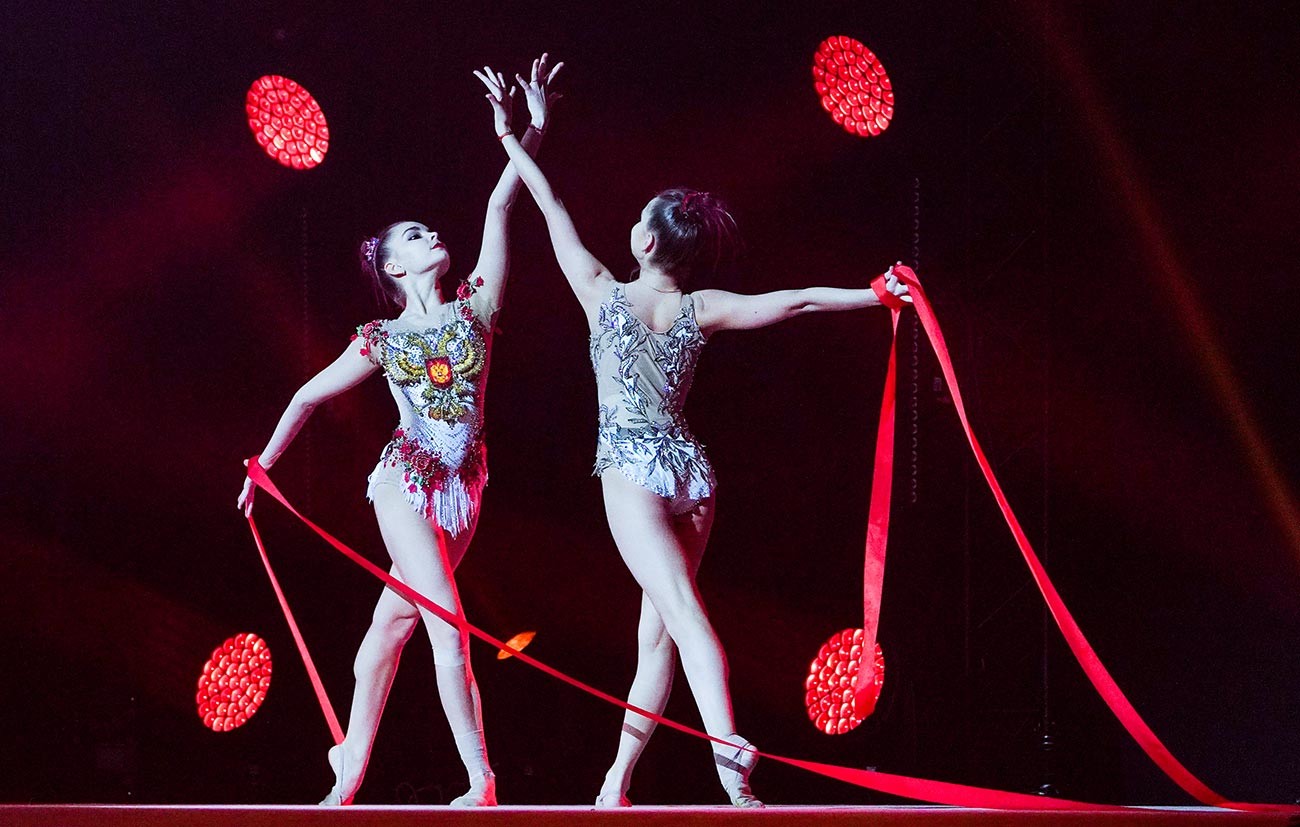 That said, despite the lockdown in spring the girls had very few days off — they trained almost daily according to a strict routine.

“You get up, wash your face, undergo a medical check, and go to the sports hall — choreography and training day in, day out. In other words, we didn't change our schedule one bit,” says Dina in a documentary by Match TV.

The girls are no strangers to grueling workouts, otherwise they’d hardly have won so many golds at the Rhythmic Gymnastics World Championships (Dina 13, Arina 4).

Born in Zavolzhye, a small town in the Nizhny Novgorod Region (369 km from Moscow), they began practicing gymnastics at an early age before entering school.

At first, the future champions combined school and sport, but upon turning 14, they moved to Moscow to train under Olympic coach Vera Shatalina, who also worked with Alina Kabaeva. 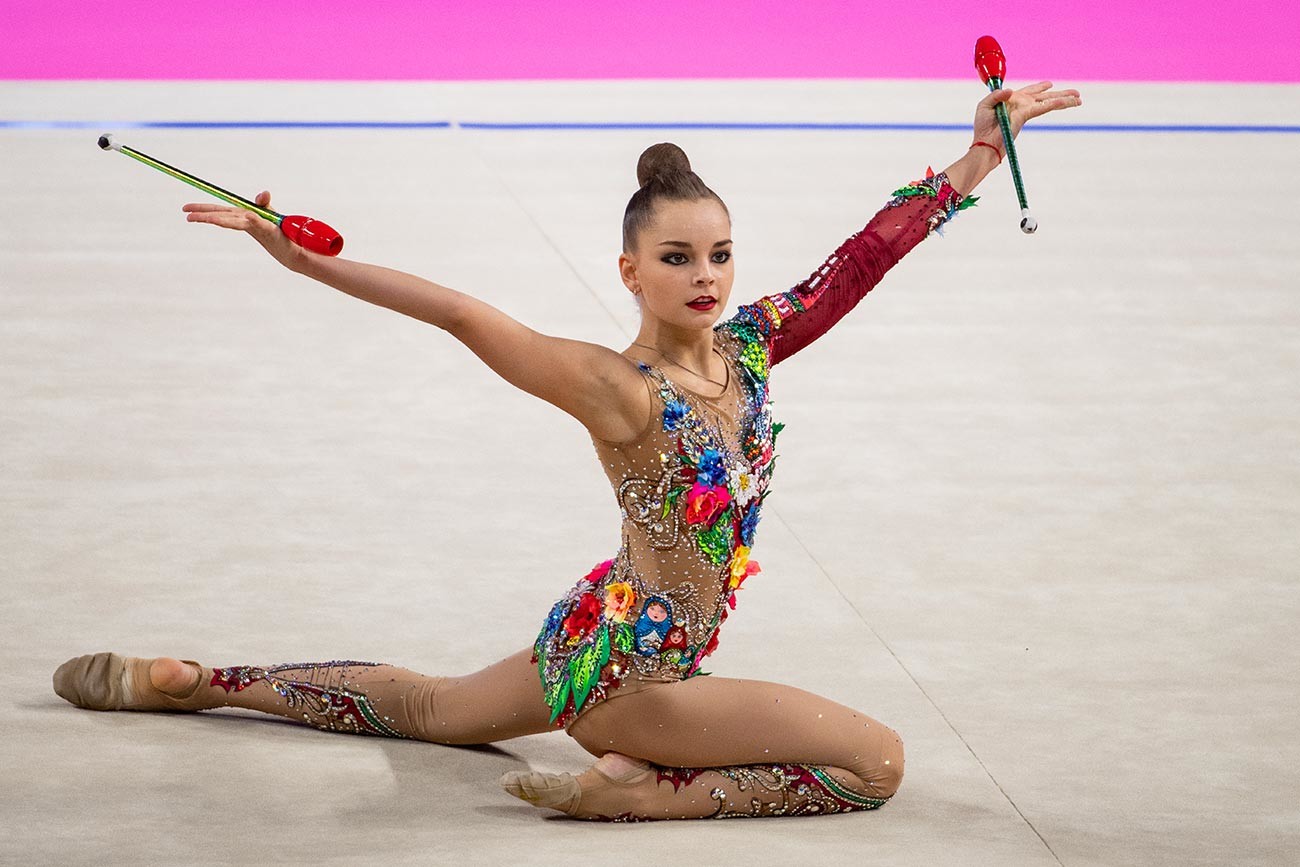 “For the first training camp we went straight to Croatia, where we trained with gymnastic stars <....> We were in a daze, because for us this was a one-in-a-million opportunity,” Arina shares her memories of the first training sessions.

A few years later, they picked up their first titles — first Dina won the Moscow Championships in 2014, then, that same year, the sisters went to the Holon Grand Prix, where it was Arina who won gold. In 2017, both sisters took gold at the World Championships in different disciplines.

In their own words, the girls tried hard to best each other in the early days.

“It was tough for Dina when I came first and she finished second; she got very upset and even cried,” Arina admits.

But as they grew up the sisters ended their rivalry, and today they show nothing but concern and support for each other at every competition.

Each is successful in their own discipline: Dina performs better with the hoop and club, Arina with the ball and ribbon, they explained on the talk show, Evening Urgant, which airs on Russia’s Channel One. They also differ in terms of personality, but that in no way prevents them from being friends and spending all their free time together. 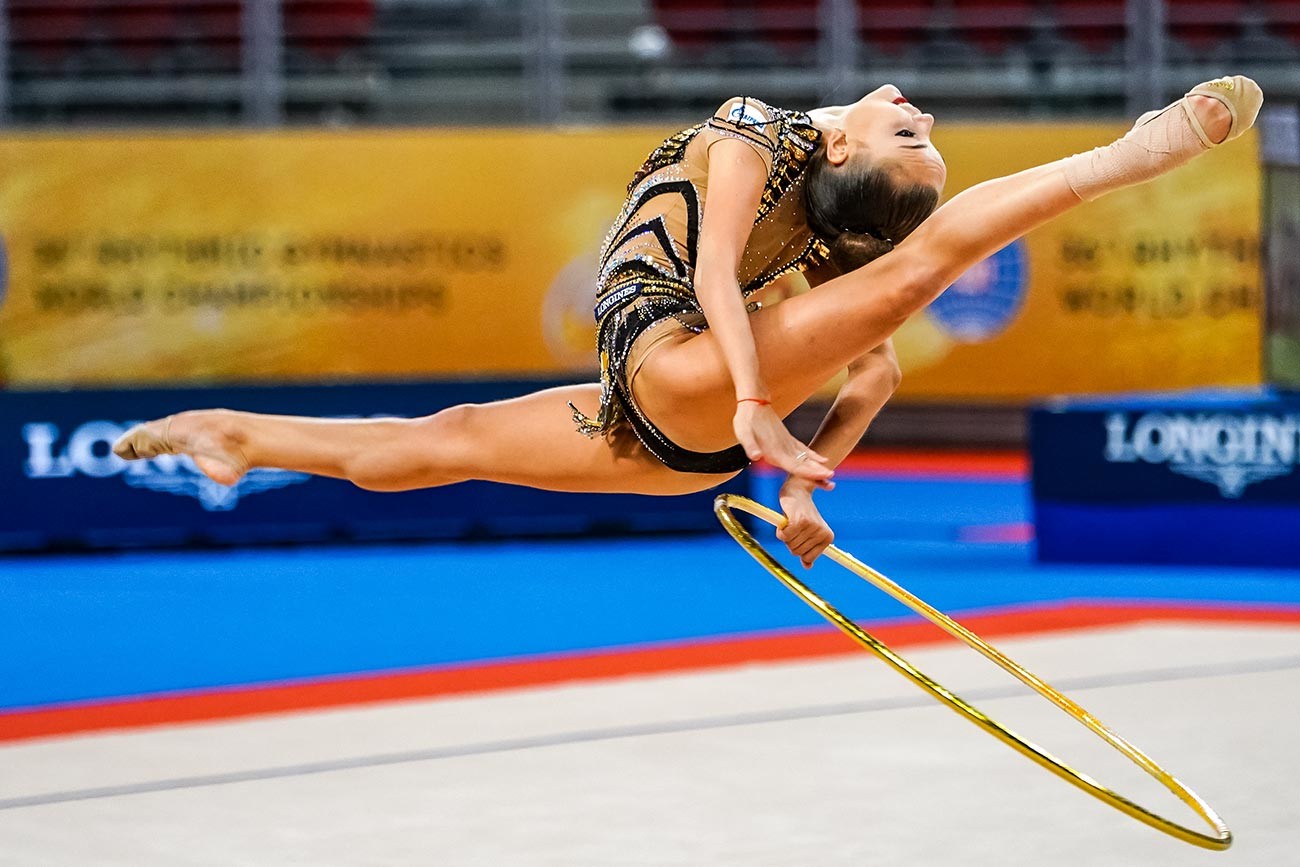 “I have a strong and serious character, Arisha [Arina] is kinder, softer. <...> But we share the same tastes and interests, so we always agree. We’re never bored and are always together, we can chat forever and tell each other all our secrets and problems, and no one will know about them,” says Dina.

In February 2020, Dina injured her back, yet still competed at the Russian Championships.

“The pain was ferocious. It can’t be compared with anything, like nothing I’d experienced before,” Dina describes the injury. A few months later, sufficiently recovered, she took part in another international competition, which was held online due to the coronavirus outbreak. 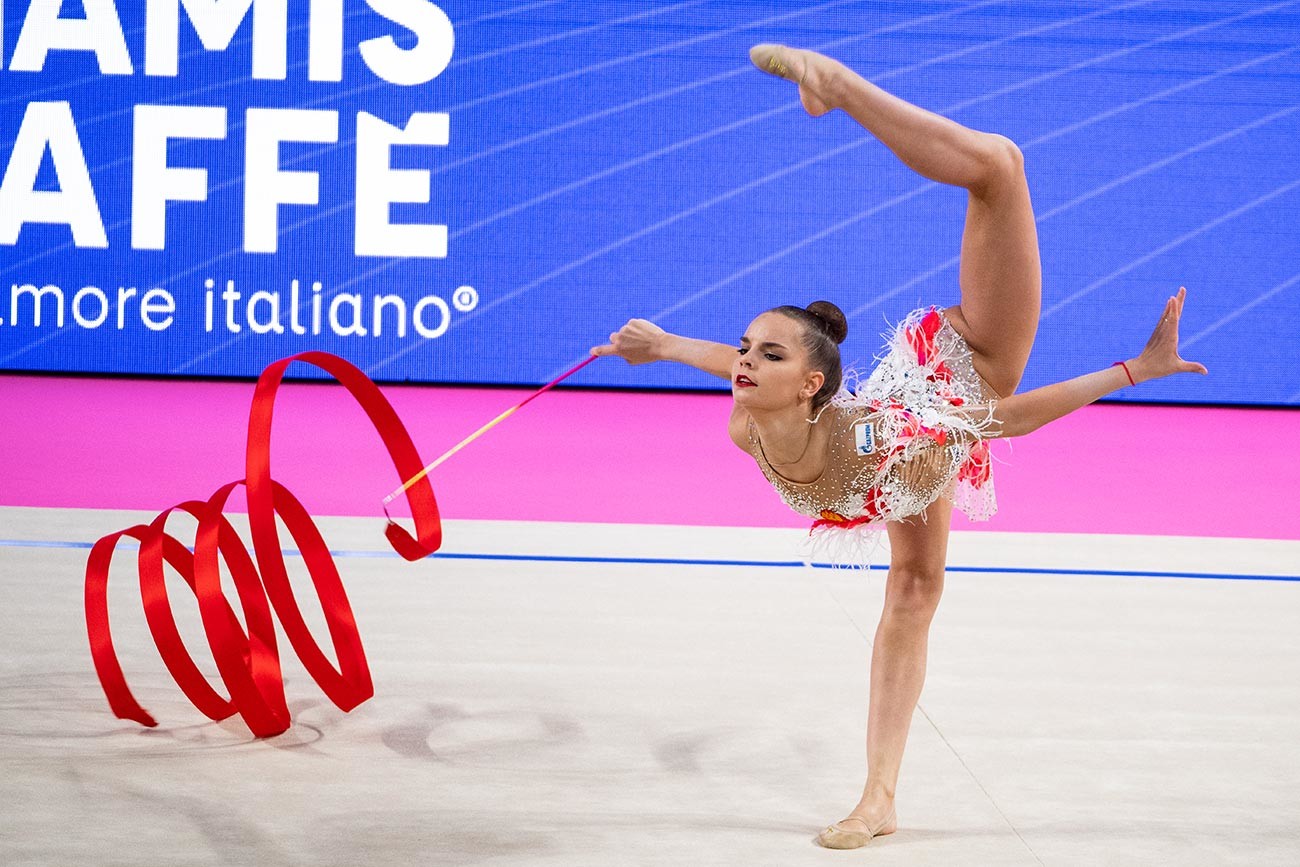 “At first I was scared. I thought, what's going on? My state of mind wasn't helped by the fact that my injury had happened in that same hall. <...> I was shaking a little. But when I came out, I saw the mat and the judges, and calmed down,” Dina says.

At the same time, the sisters were about to book their place at the 2020 Olympic Games in Tokyo, before the event was put back to 2021 due to the coronavirus.

“We were in training when we learned that the Olympics had been canceled. We exchanged glances and sat down. Why bother training now? <...> But it’s actually become easier. Now I’m training not for the Olympics, but simply for pleasure,” explains Dina.

Nevertheless, the sisters still hope to get to the rescheduled Olympic Games in 2021.

“It remains to be seen who’ll get selected for Team Russia, because we have a deep talent pool and everyone deserves a shot at the Olympics,” insists Arina.

“You can’t relax, you can’t lose your place, you have to come every day and give it your all,” Dina is sure of this.