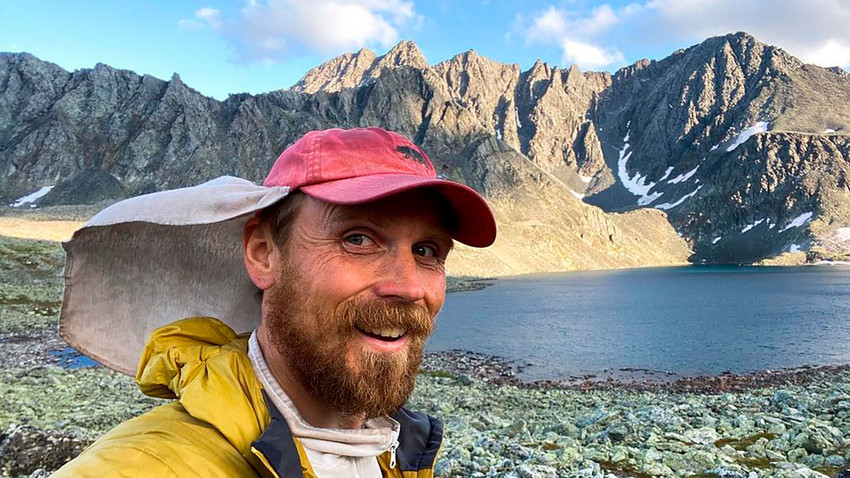 @oleg_chegodaev
The Ural mountain range divides the European part of Russia from the Eastern. It stretches from the country’s southern border to the Northern seas in the Arctic. Explorer Oleg Chegodaev hiked the route on foot to popularise the ridge he loves so dearly.

Explorer Oleg Chegodaev has been calling himself the ‘Ambassador’ of the Ural Mountains. Reaffirming this self-assumed title, Chegodaev just completed a grandiose expedition. The man walked 3,183 km (1,978 miles) along the entire length of the Ural mountain ridge, becoming the first human in history to do so on foot. 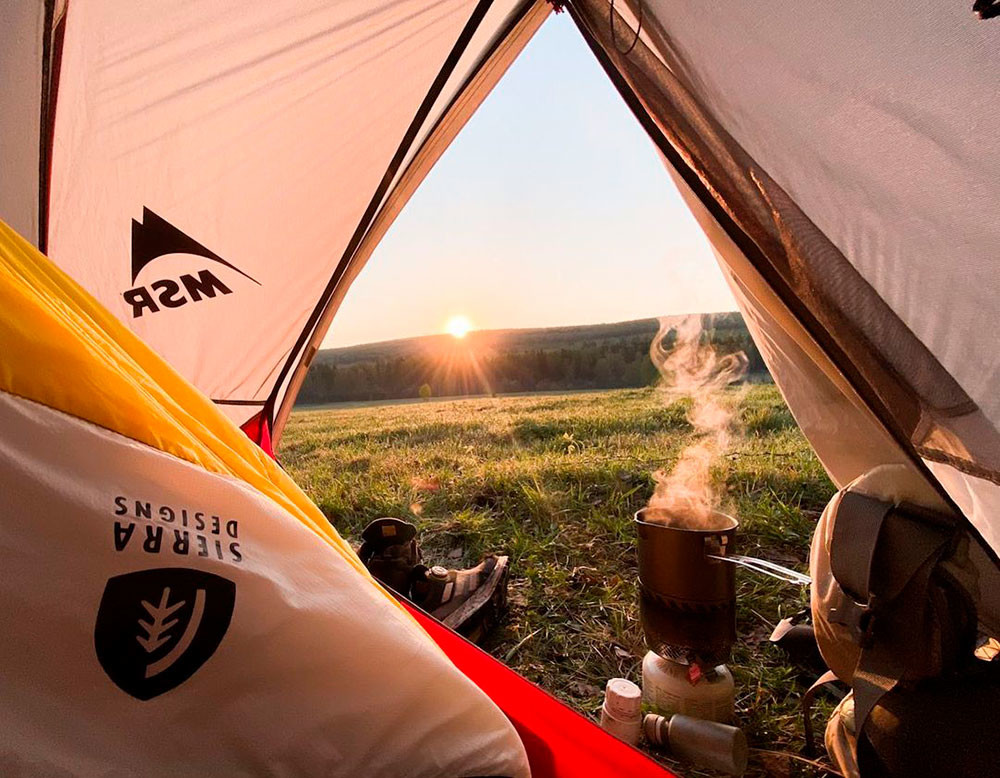 The historic expedition began on May 1, 2021, from a place near Orenburg (1,500 km from Moscow). The imaginary finish line was set at the Konstantinov Kamen Mountain, which lies only 45 km away from the Baydaratskaya Bay of the Kara Sea in the Russian North.

The explorer said that he had reached the moment in life where embarking on this kind of expedition was either now or never. 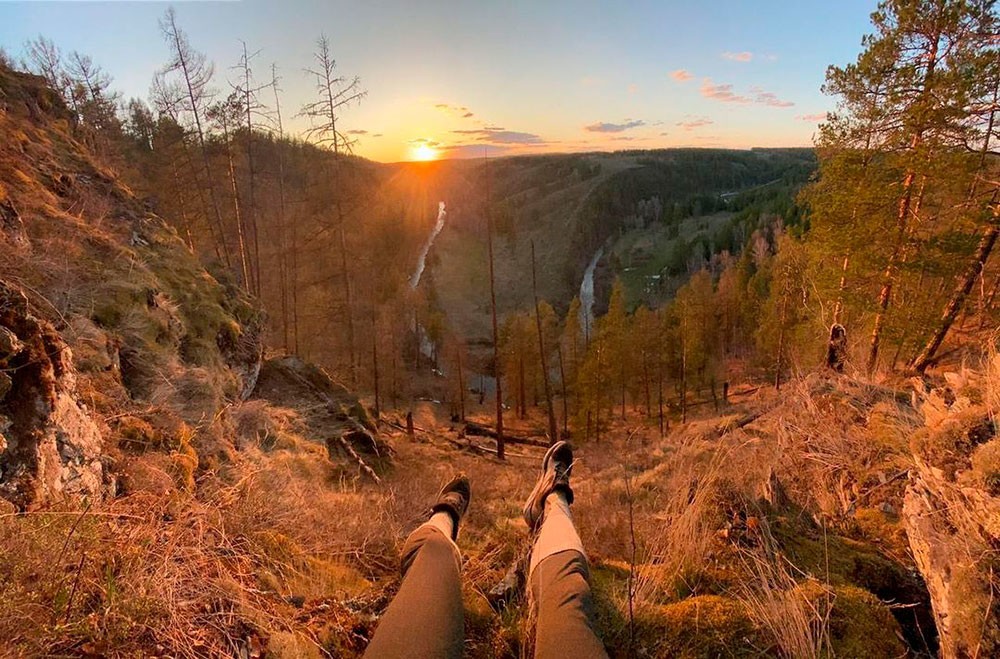 “Mental attitude is very important for expeditions like this. A certain experience and mental stamina are required. I would not be able to complete this expedition when I was 20 or 25 years old. On the other hand, an expedition like this demands a person to be in strong physical condition, endurance and health. Thus, an expedition like this has to be precisely timed so that you are mentally prepared, but also your ankles, neck and back are in good physical shape,” said Chegodaev.

Although the traveler admits that his standards may not apply to other people, he considers those to be some of the factors that allowed him to eventually reach the finish line, not abandon the expedition midway and keep dangers at bay. 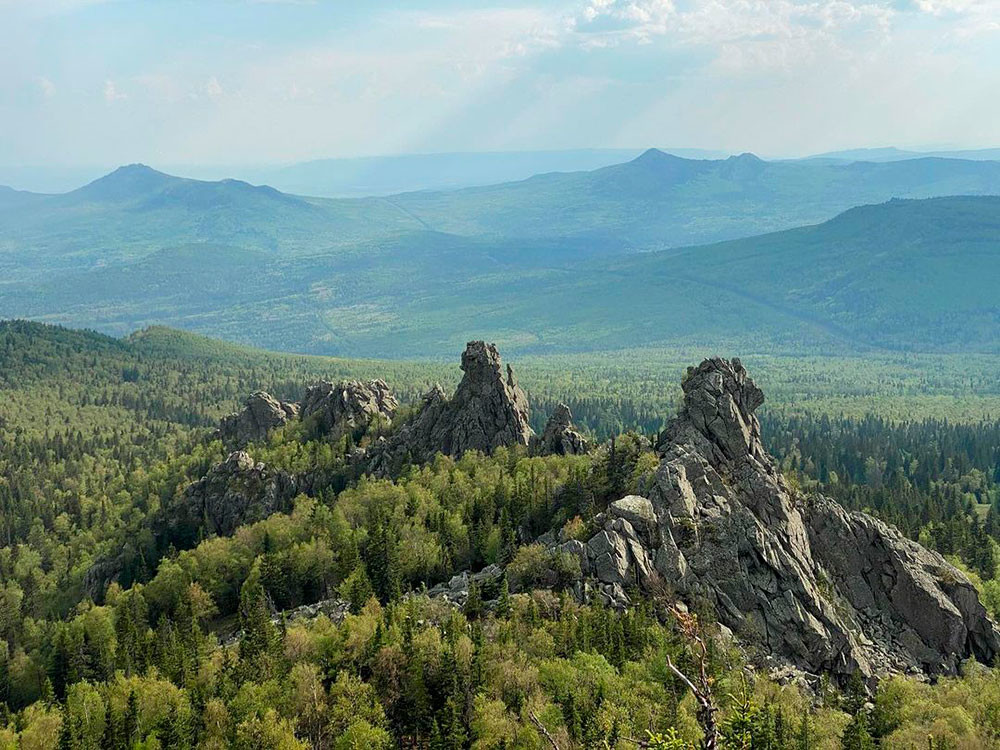 Among the things to look out for while on a lonely hiking expedition like this, Chegodaev notes three main potential threats to an explorer: ticks, wild animals — bears in particular — and humans. 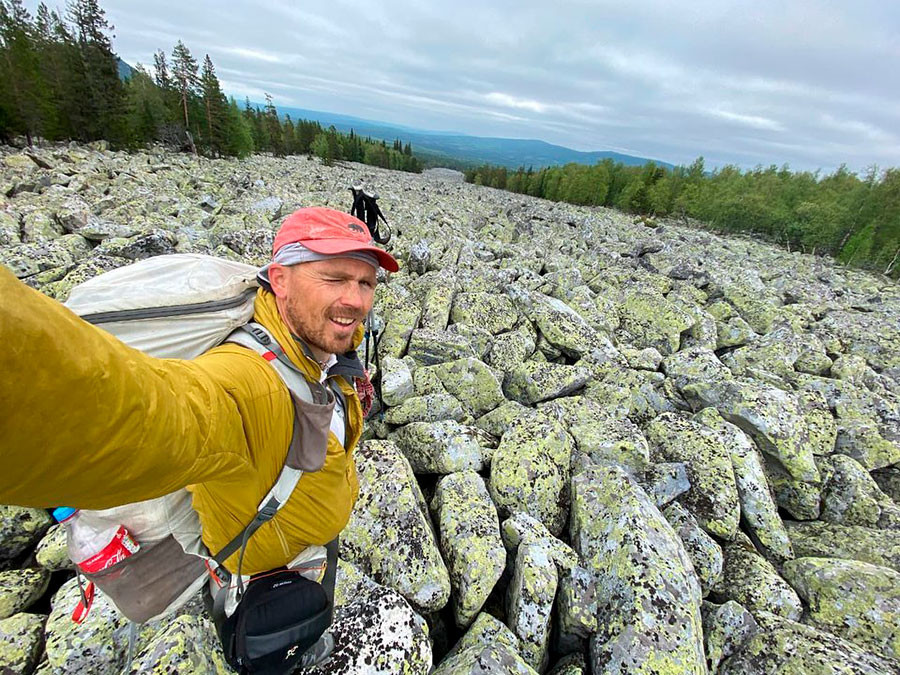 When it comes to ticks, it’s fairly easy to protect yourself by observing certain precautionary measures. “Ticks are a risk factor, especially when you walk alone. It’s very unpleasant to find a tick on your back or on your buttocks where it is impossible to reach without someone’s assistance. During my expedition, there were tens or maybe even hundreds of ticks a day on my way, but a few rules allowed me to feel confident in the area. The clothes must be right, pants must be tucked into socks, a T-shirt — into pants. White clothes make it easier to notice ticks. Use proper repellents: ticks fall dead if the right repellent is applied. Finally, listen to your body. If a certain part of the body itches, check it. Vaccines against tick-borne encephalitis are also recommended,” said Chegodaev. 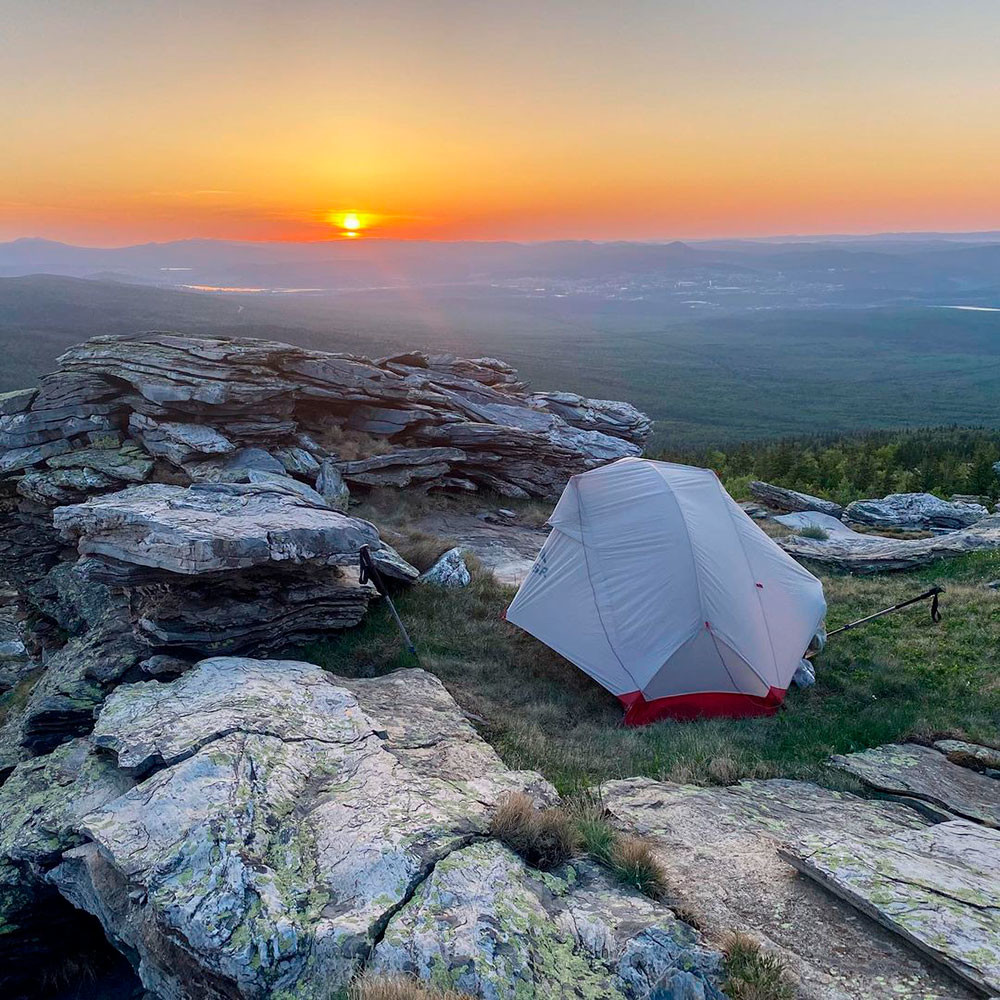 Bears pose a bigger threat to an unprepared traveler. “I’ve seen seven bears on my way. One of these encounters was fairly close and came unexpectedly. While I spotted the other bears from far away and could either walk around them or scare them away — it was fairly easy, as bears in the Ural Mountains are not too eager to come in contact with humans — this one I suddenly saw when he was only three meters away from me. I was walking against the wind and it carried my smell and sound of my steps away [from the animal]. The golden rule in areas populated by bears is to warn the animals about your approach: to raise your voice occasionally, to make sounds with objects as you walk. But it was the evening and I was too tired for that, despite the abundance of footprints on the ground. Suddenly, I saw a bear’s back three or four meters away from me. It was digging something from the ground. I came to a halt and moved backward to increase the distance between us. While walking backward, I stepped on a branch that cracked under my foot. The bear turned around and saw me. Instantly, I raised my hands to appear bigger and started yelling. The bear got frightened, turned away and disappeared in the woods,” recalled Chegodaev his most dangerous encounter during the expedition. 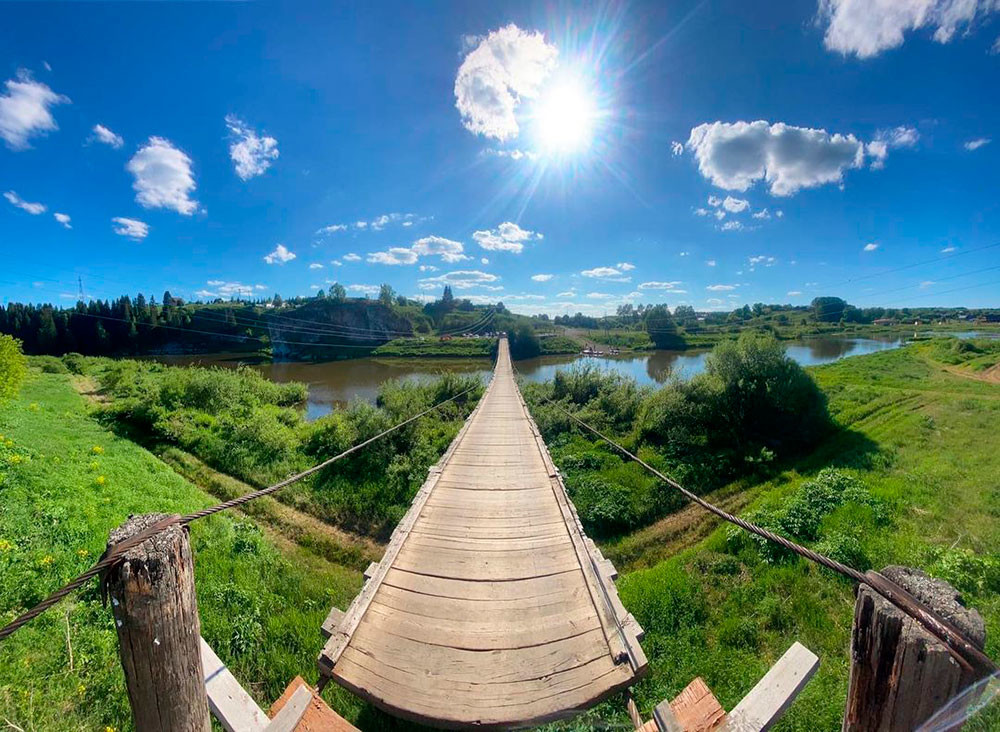 The traveler recommends to warn the animal of your approach in advance and never put yourself in between the bear and his food and brood. 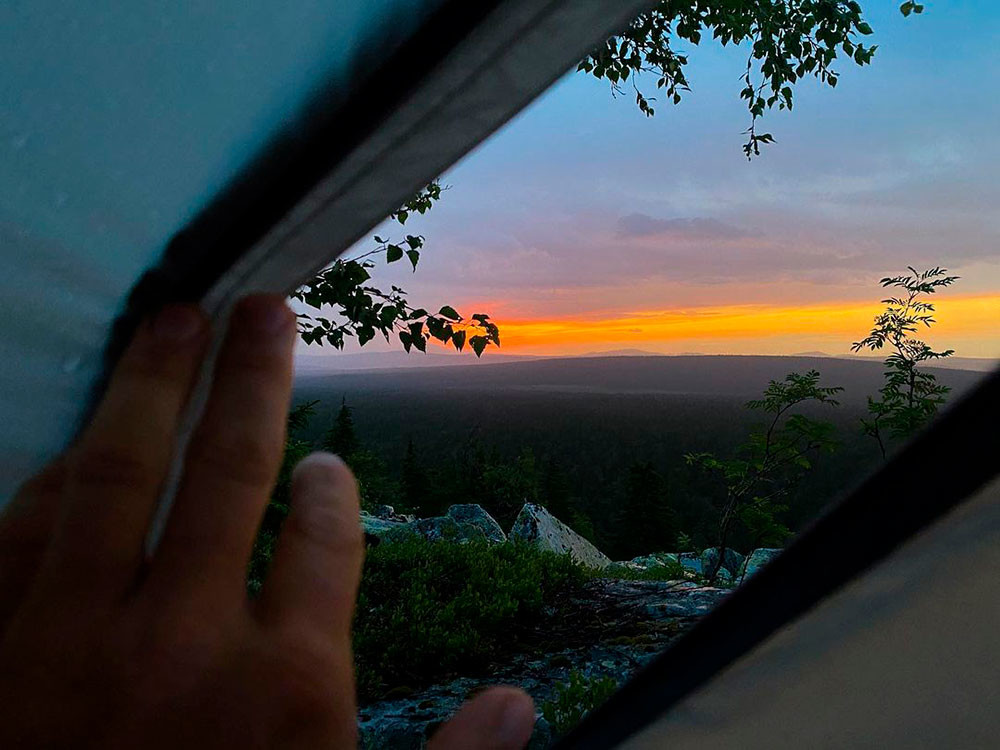 Somewhat surprisingly, Chegodaev puts humans in the same category as ticks and bears; like something which an unprepared traveler should be cautious about meeting on the way. 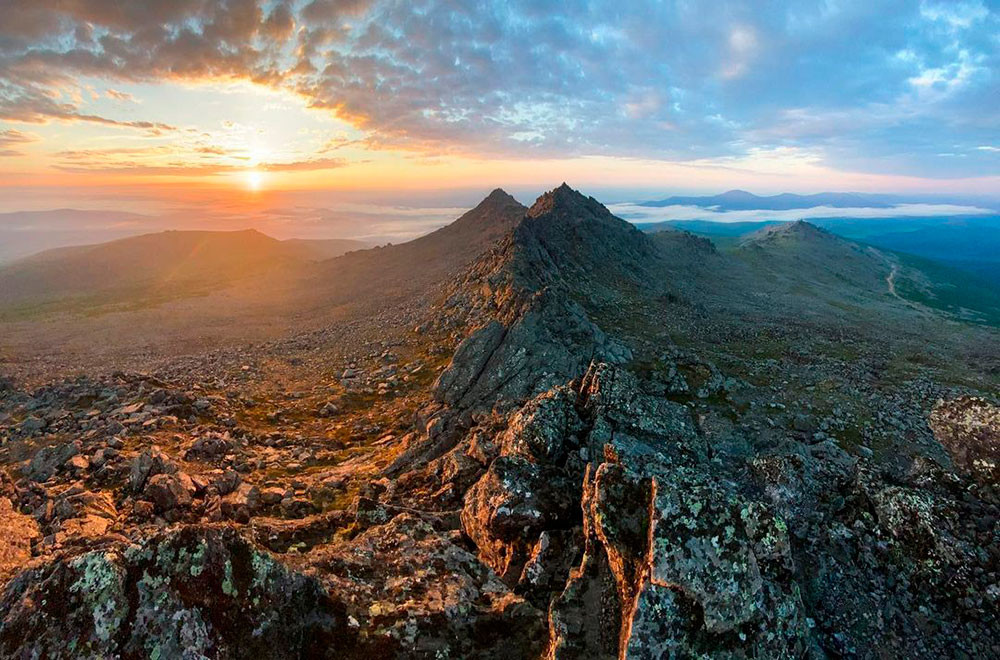 “This year, a female tourist was killed in the Middle Ural. She was rafting down a river when she was killed by a serial offender who wanted her credit card. It turned out, he was living in a tent in the wild and saw the tourist accidentally. Personally, I try to avoid cities and other settlements, especially on Friday evenings and weekends, so as not to provoke anybody. Alcohol is a problem in the area and there were all sorts of cases and sometimes I witnessed absolutely unmotivated aggression. So, a human may be one of the most important factors on the trail.” 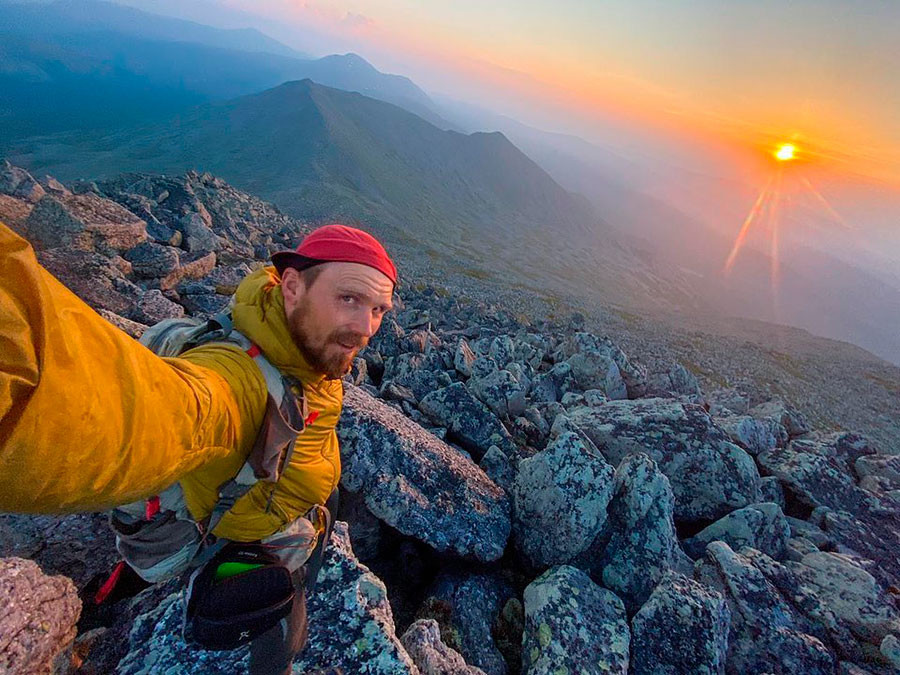 Other widely feared animals — like wolverines and wolves — are relatively harmless to humans, despite their image, said Chegodaev. “In the vast majority of cases, these animals do not pose danger to adult men. We are bigger than their average prey and they tend to avoid humans. Throughout all of my hiking trips, I saw some 30 bears and only saw wolves twice, in the passing. Ticks kill more people than wolves,” said Chegodaev. 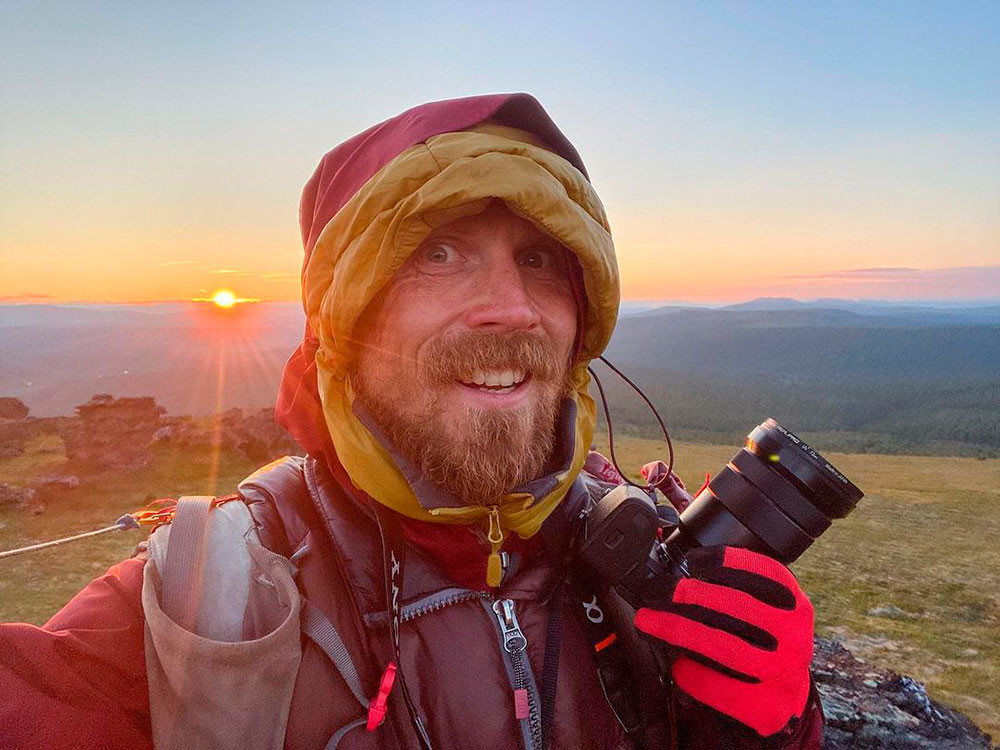 Besides the wild animals, a traveler’s safety often depends on nature’s mercy. Chegodaev recalled that, during one part of the journey, thunderstorms became a problem.

“Some 600-700 km of the Northern Ural were overwhelmed with nighttime thunderstorms while I was hiking there. Every evening, clouds formed and a thunderstorm started. As a rule, I tend to spend nights on various peaks. At this moment of the expedition, this became a risk factor, as lightning tends to hit peaks. Often, I tried to climb down during thunderstorms, but it was not always possible. Occasionally, lightning hit very close to my tent, a hundred meters away or so. Once, it hit so hard that I almost fell off my mat. It’s unpleasant, but there is not much you can do about it,” said Chegodaev. 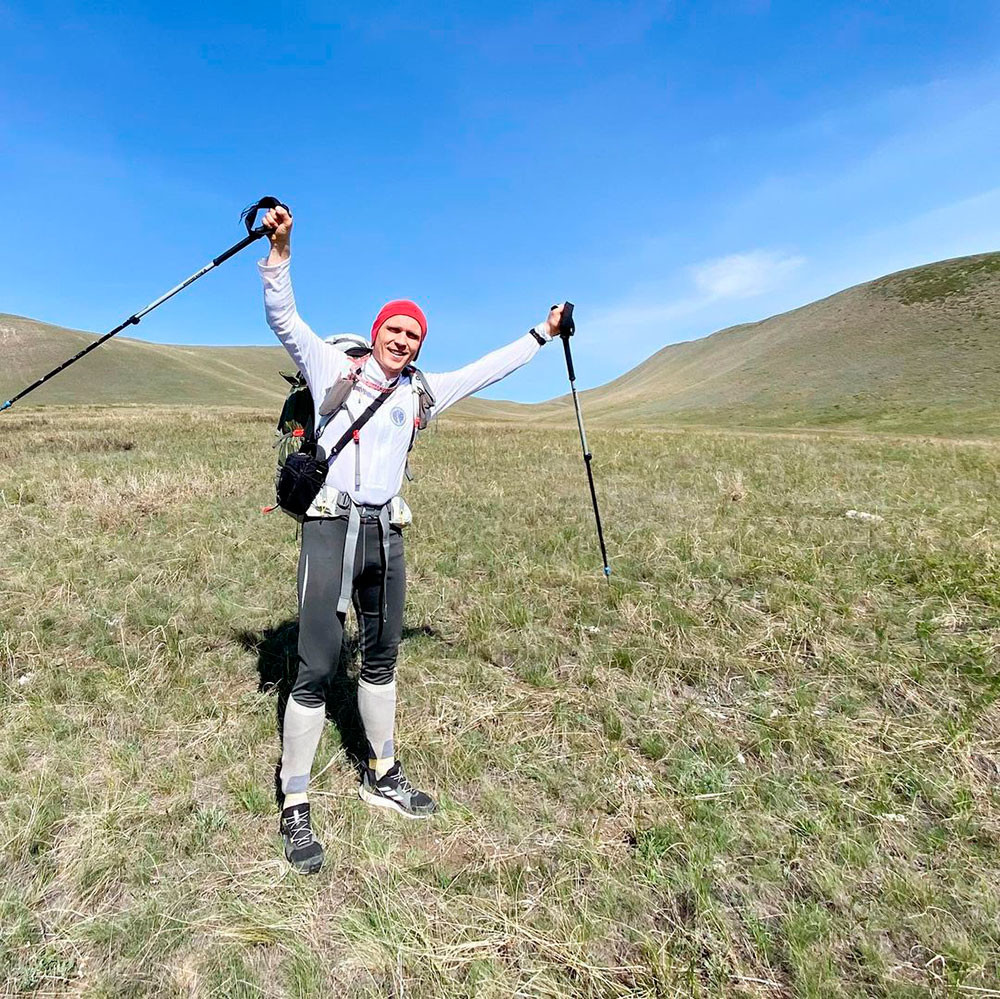 For anyone who might undertake a similar endeavor, Chegodaev recommends planning out the delivery of provisions along the way in advance, as it is impossible for a single person to carry a sufficient amount of food for three or more months and logistics can be a problem in some distant areas.

“My route was 3,000 km long. I’ve worn down six pairs of shoes. You’ll need some 80 or maybe even 100 kilos of food for a three-month-long journey. It’s an impossible weight to carry for a person traveling on foot. I don’t know how it is possible to walk the route [without help from the outside world]. So my route was divided into 18 stages and [people on the outside] arranged deliveries during each of the checkpoints. It allowed me to walk quite fast to cover up to 30-40 km a day,” said Chegodaev.

Despite the dangers, Chegodaev reached the finish line unharmed. He has lost some weight, but in relative terms it wasn’t much, only eight kilograms. Currently, he is giving lectures about his journey, working on the photo and video materials from the trip and building plans for new great outdoor adventures.

Click here for the incredible story of a man who crossed the Pacific by BOAT to reunite with his family.