This man crossed the Pacific by BOAT to reunite with family 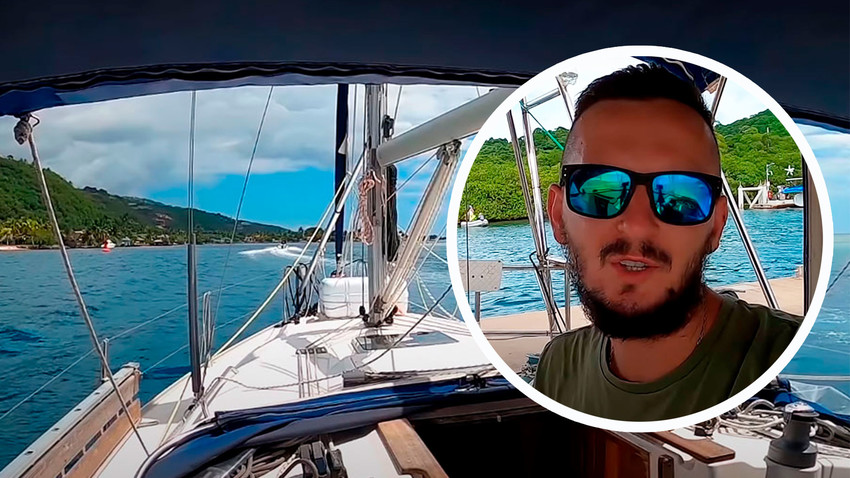 Ever Sailing/YouTube
The Russian citizen embarked on a very risky voyage to reunite with his family living in New Zealand.

The outbreak of COVID-19 caught Dmitri Pelevin, just like anyone else, by surprise. Being an experienced yachtsman employed in the IT sector, he suddenly realized he was stuck in France, where he had planned to spend only a few days on his way from Russia to his family based in New Zealand.

“When borders began to close, I decided to stay and wait for the end of the pandemic [in France],” writes Dmitri in his Telegram channel.

As it quickly became apparent, the end of the pandemic was nowhere near. Air travel had mostly ceased and many countries were sealing their borders. 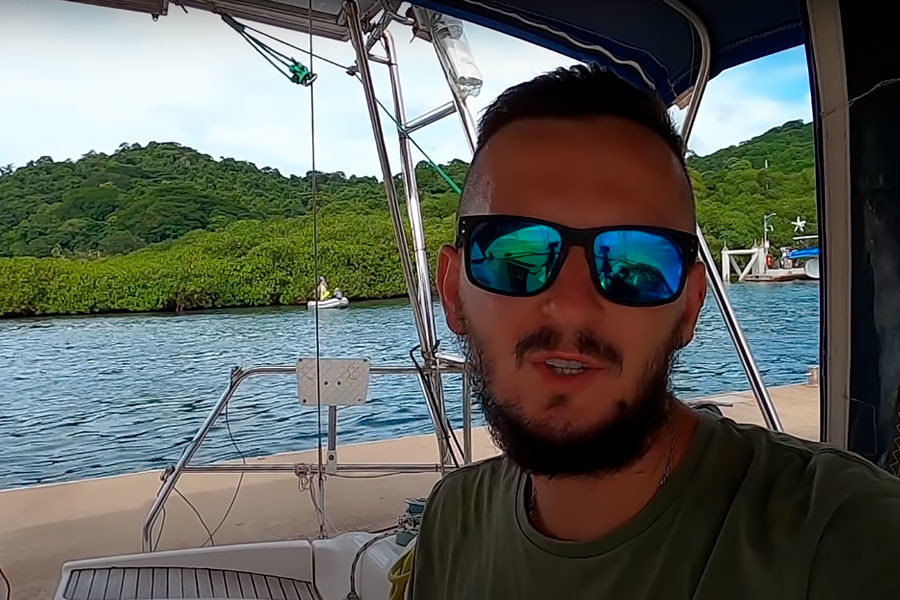 “Quarantine started and my flights were canceled. From that moment on, I started looking for a way to return home to my family,” Dmitri says.

Dmitri, who wanted desperately to reunite with his son and ex-wife living in New Zealand, decided to embark on a lonely and dangerous journey across the Pacific Ocean. Although he imagined he would one day like to cross an ocean, he had no plans to do so in 2020. “There were no specific plans, everything turned out spontaneously,” he says.

Dmitri sold his existing boat, designed to navigate coastal waters only, and began looking for a new yacht that would withstand a journey across the ocean. 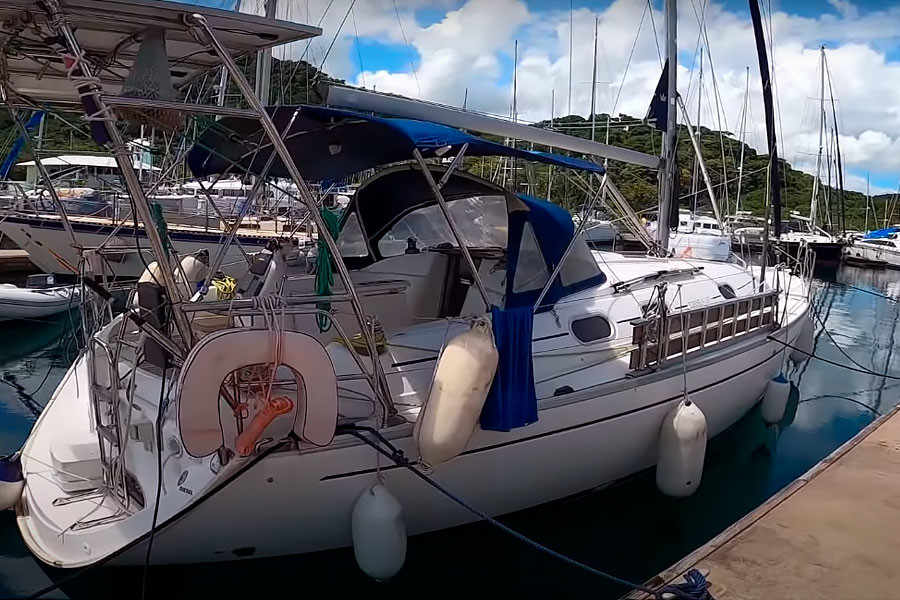 Finally, he found the right boat. The ‘Dufour Gib'Sea 37’ was stationed in Martinique in the Caribbean. The 37-foot boat, named ‘Cupiditas’, belonged to a family of Russian travelers and bloggers who had decided to sell it and settle in Moscow. Dmitri purchased it and began preparing for the journey.

On July 11, 2020, Dmitri departed from Martinique and set sails towards the Panama Canal, which he had to pass through to enter the Pacific Ocean.

Besides equipping himself for the long voyage, Dmitri also had to receive all necessary documents allowing him to travel legally. 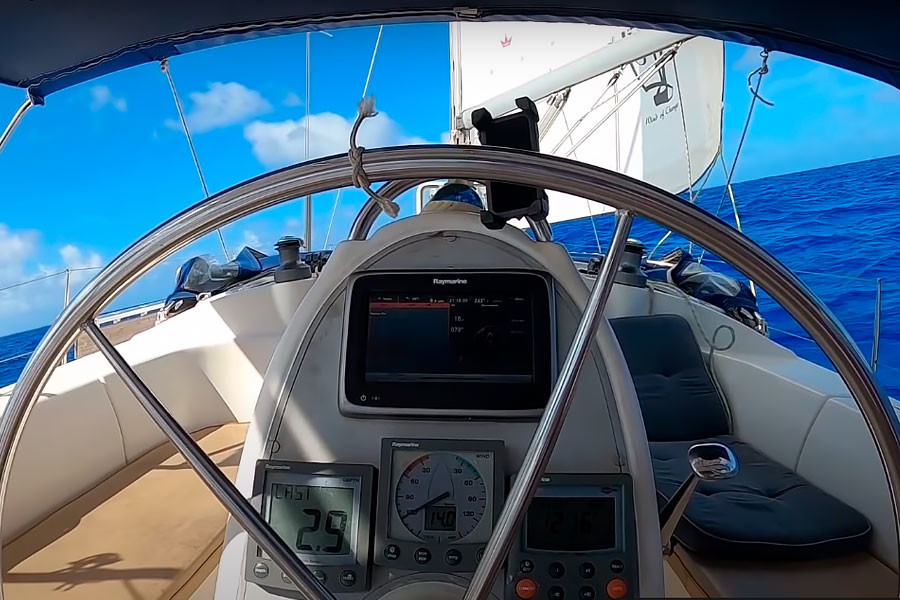 “[I need] a cruising permit to navigate the territorial waters of Panama. French Polynesia is currently closed and to enter it, you have to receive permission from the local maritime department. I hired an agent [to file the paperwork on my behalf]. All this bureaucracy must be resolved [before I continue my journey],” said Dmitri in one of his video posts on his YouTube channel dedicated to the journey.

Meanwhile, Dmitri, who had to hurry to meet his family, had to use his remaining time efficiently and prepare the boat for the ultimate test. “It usually takes months to prepare a boat [for crossing an ocean]. All systems and components — hull, rigging, spar, engine, control systems, navigation, etc. — must be checked and changed [if needed]. There must be a lot of things on board: provision, spare parts, rescue equipment. In my case, I had little time to prepare: 2 weeks in Martinique and about 3 in Panama. I did what I could,” says Dmitri. 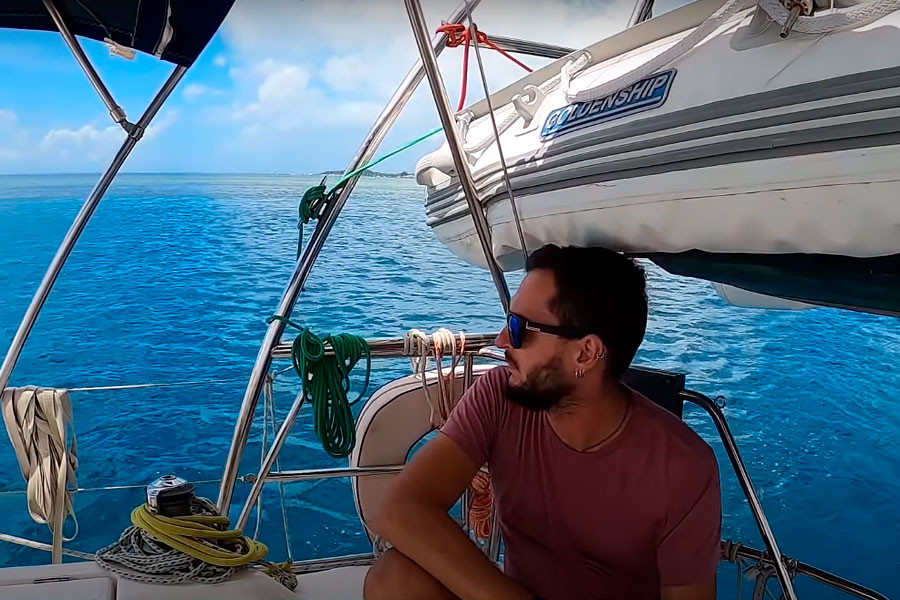 Before departing from Panama, Dmitri was optimistic about the estimated timeline of his journey. “I remind you that I’m going to cross the Pacific Ocean to reach New Zealand. I will have to cross 4,000 nautical miles. Most likely, it will take some 35-40 days,” said Dmitri before raising the sails.

He soon realized it would not be so easy. Due to the COVID-19 outbreak, many bureaucratic procedures were altered and local authorities and travelers had to adjust to the new reality.

“Today, it is not easy to travel on a yacht, either. Many countries have closed their maritime borders and made it more difficult for ships to enter. There were other difficulties. For example, in Panama, I was not allowed to go to the marina before leaving for refueling. [The local authorities] justified [new restrictions] by the rules of the marina during the pandemic. I had to carry diesel canisters from the nearest gas station,” said Dmitri. 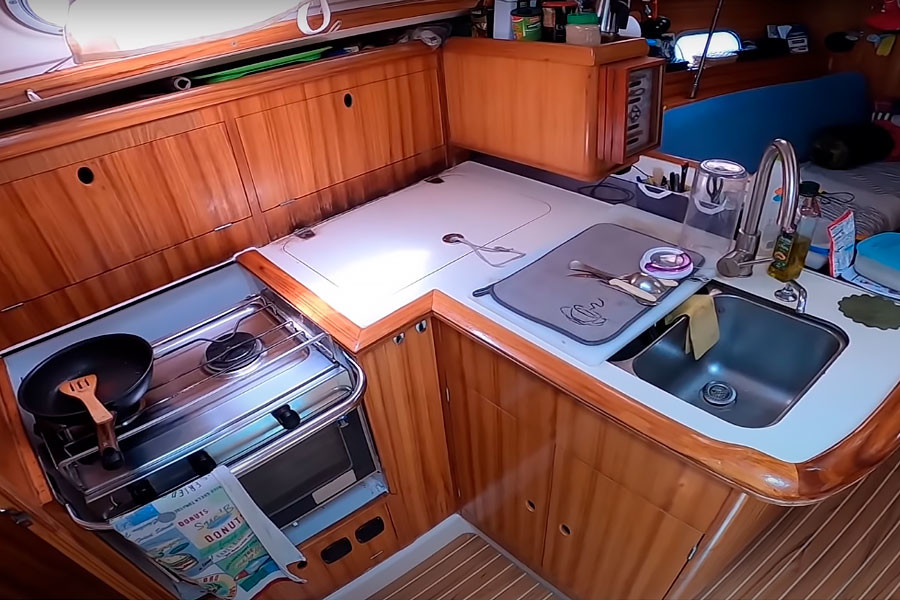 Crossing the Pacific Ocean alone is not your usual summer vacation either. A lot of dangers awaited the sailor on his way home. “There were risks of falling overboard, getting very sick or injured, then no one would help. It is also somewhat harder [navigating the boat alone]. You have to be on the alert all the time, sleep in fits and starts. [I could] wear myself out and make mistakes,” said Dmitri.

Yet, Dmitri believed it would have been easier for him to survive alone had there been an emergency and had he needed to survive on a liferaft. “You never know how the other person will behave in a critical situation, panic can begin. Being alone is easier in this regard, since you are responsible only for yourself. [Surviving in a critical situation] is even more difficult if there are women and children on board,” he said.

Luckily for Dmitri, he was able to avoid major emergencies. Physically and mentally he was prepared to cross the ocean. “You need to be in good physical shape. The body should not be weakened and especially the immune system. After all, getting sick in the ocean without any medical help around is very dangerous. It is also preferable not to have any chronic diseases as in stressful situations they may worsen due to stressful conditions,” he says. 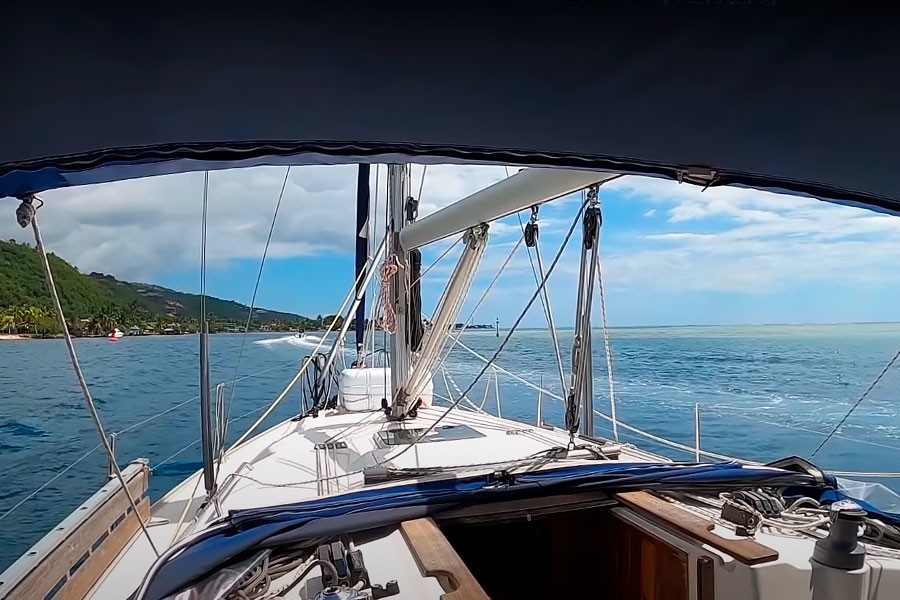 The COVID pandemic prolonged Dmitri’s journey, but other than that, it went relatively smoothly. On December 21, 2020, — five months after he departed from Martinique — Dmitri entered a port in New Zealand where his son and ex-wife were waiting for him.

“My son was very happy [to see me]. He certainly missed me a lot and now he practically does not get out of the boat. Currently, we live on the boat [together],” says Dmitri.

The journey across the Pacific Ocean was Dmitri’s first experience of this scale, but he says it won’t be the last: “I really liked it and most likely I will do it more than once [in the future]. I want to cross the Atlantic.”

Click here to read about a family who chose to raise their children on a boat in the open sea.