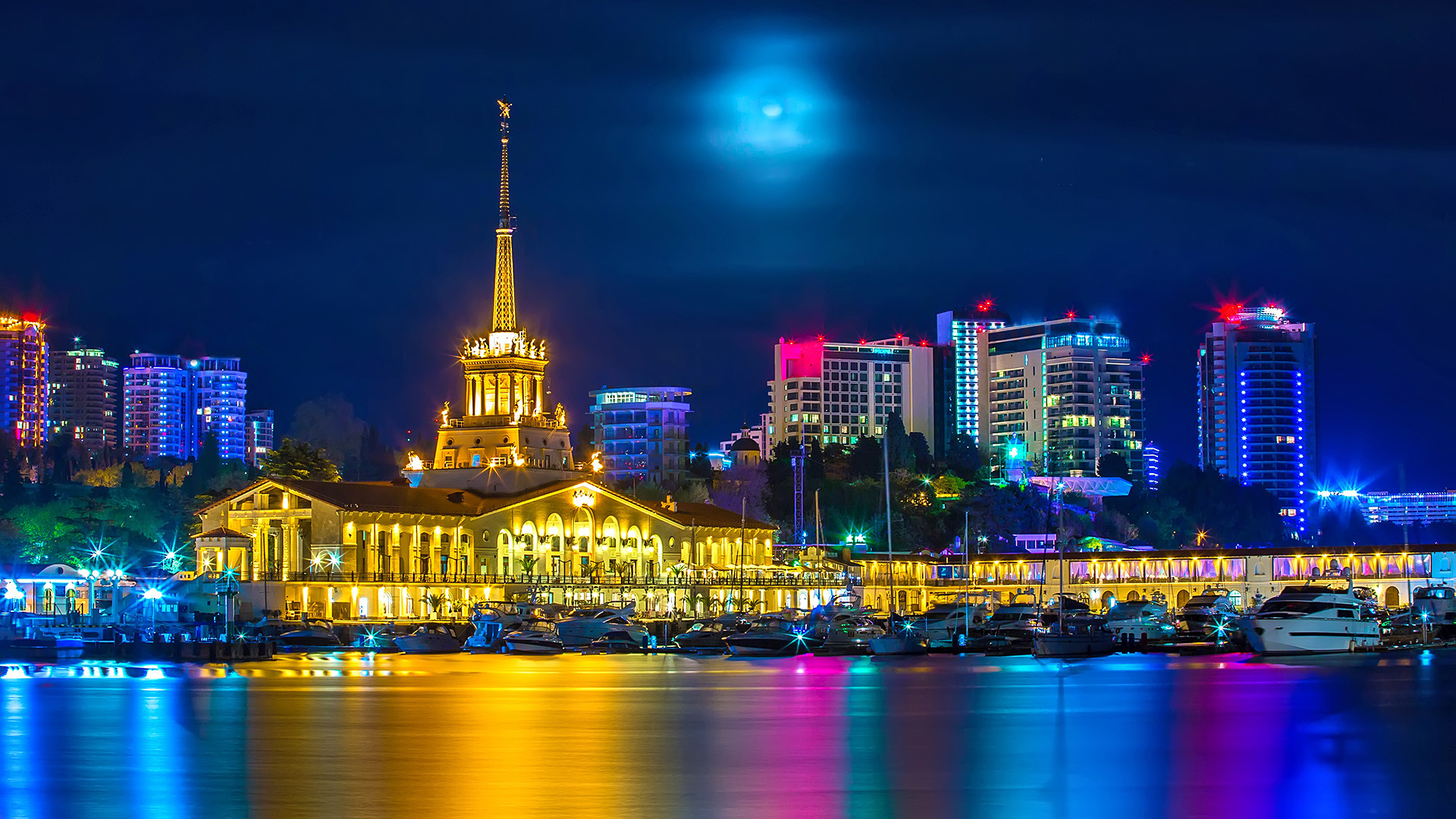 "The event changed the city beyond recognition, but the gene of untroubled harmony, often reaching absurd proportions, remained in the local DNA."

Legion Media
Adventure is the journey. In Russia, no road is as exciting as the seaside highway connecting Adler with the center of Sochi.

What used to be a sleepy Black Sea coastal town suddenly captivated the world community in 2014 when the Adler district of Greater Sochi became the main site of the new Olympic Park.

The event changed the city beyond recognition, but the gene of untroubled harmony, often reaching absurd proportions, remained in the local DNA, allowing outsiders to blend in, make friends with black marketers, and fall in love.

“Get in, driving to Sochi, 50 rubles ($0.9) per person,” calls out a taxi driver from the other side of the road while I patiently wait for a bus to save money. The tiny 50-ruble fare from Adler, a district that used to be a separate city before merging with Sochi, takes you right to the Sochi city center. While it sounds like a joke, I go along with a group of Greek students who I met only a few minutes ago. 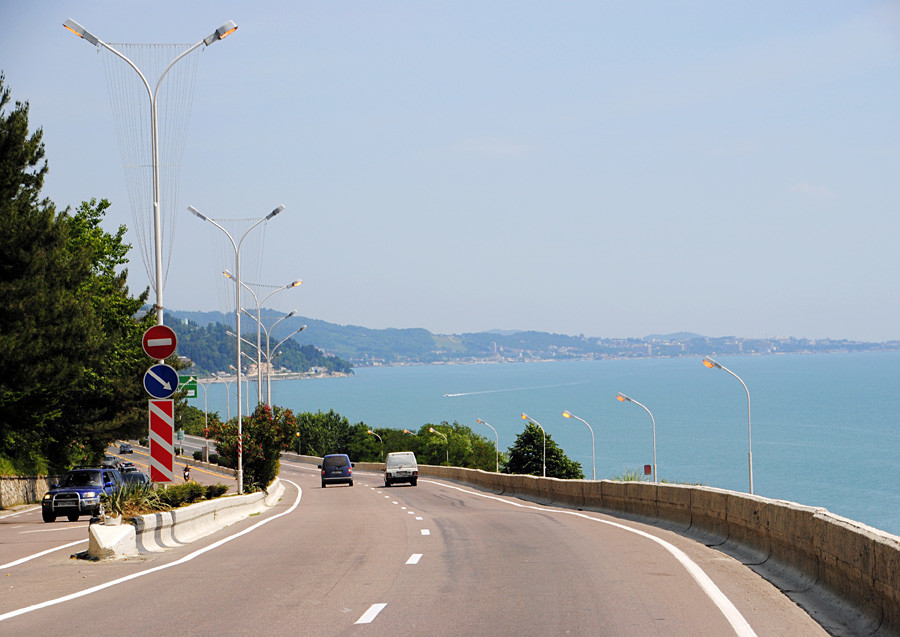 "Whatever it is you are looking for in Sochi, taxi drivers are the go-to guys."

Seat belts are optional and some of my fellow travelers have to sit on the laps of friends as the driver compensates the tiny fee with a large quantity of passengers.

After some small talk, the cab driver peers in the rear view mirror and says: “I have an ancient Greek coin with an engraving and a laurel wreath pattern. How much do you think we can sell it for?”

The odd proposal, which sounds so much like a scheme to deceive unsuspecting tourists, shouldn’t strike you as unusual.

Whatever it is you are looking for in Sochi, taxi drivers are the go-to guys. They arrange tours to the partially recognized state of Abkhazia located across the border (regardless of the visa regime applicable to citizens of some countries), introduce you to “reliable” bootleggers smuggling homemade wines and spirits across the border, or offer partnerships in dubious enterprises.

As a rule of thumb, avoid offers that might cause serious problems, but do not shy away from small adventures – buying a bottle of chacha (locally made brandy that has 55-60% alcohol content) under the counter is a harmless and entertaining experience, granting an opportunity to recount the story in pubs for years to come.

The sea and nightlife

After my companions and I reached our destination, the cabby instantly offered us a tour on his friend's boat for 500 rubles ($9) per person. The advice is: close the deal. Nothing soothes the mind better than a leisurely sea voyage along the hilly coast of Sochi and Adler, especially if you made friends with the captain through a taxicab middleman. 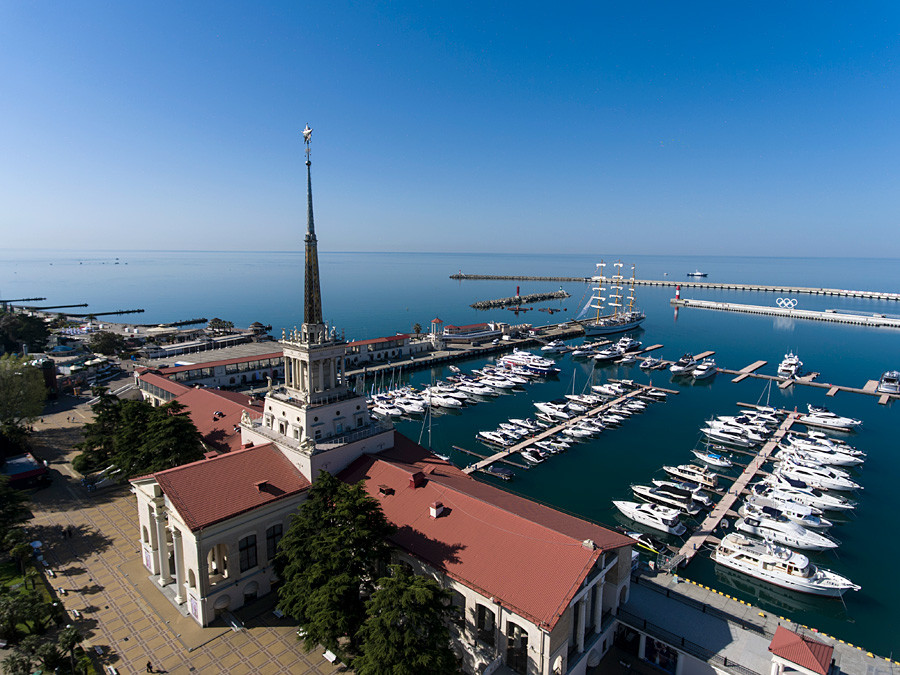 "Even in October the water is warm enough to comfortably plunge into the sea off the boat’s starboard."

Even in October the water is warm enough to comfortably plunge into the sea off the boat’s starboard. If the October chill scares you, then lean back, close your eyes, and listen to the mesmerizing sound of breaking waves and wind as if nothing else exists.

Entering the port from the sea, take a look at the biggest boat. Rumor has it that President Putin’s personal yacht docks at the Sochi port, and this vessel stands out from other boats docked nearby. 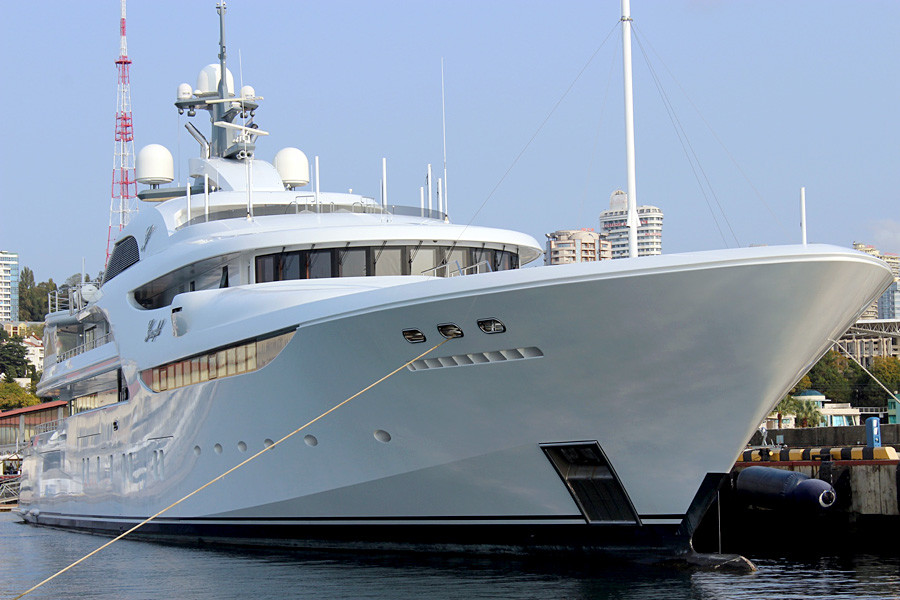 "Rumor has it that President Putin’s personal yacht docks at the Sochi port."

At this time of year dusk begins before 6 p.m., and a few hours later multiple bars and cafes scattered across the Sochi and Adler coastline begin to fill up. Curiously, Sochi nightlife resembles a carefully selected sample of the city’s population: tables are reserved by Russians, Armenians, Georgians, and Abkhazians in equal measure. 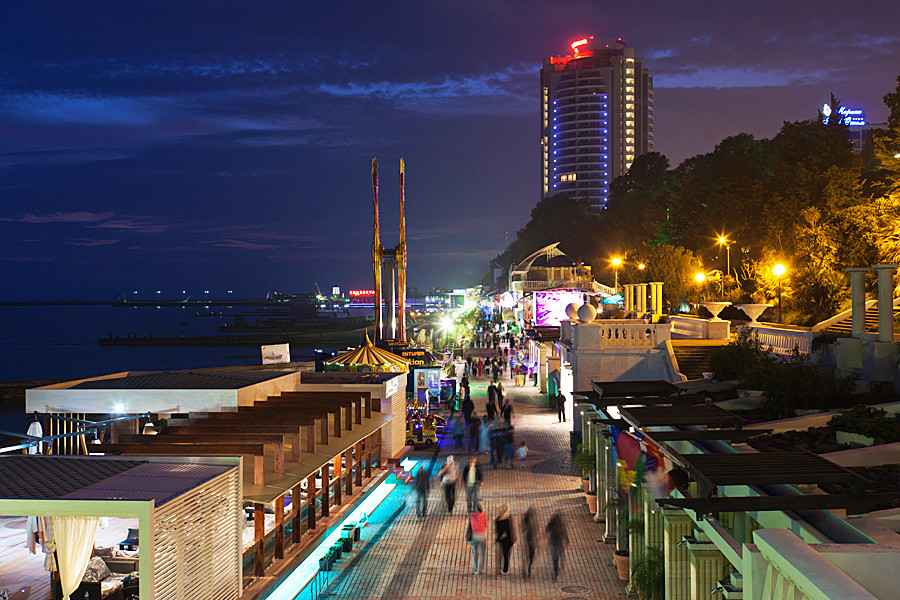 "Sochi nightlife resembles a carefully selected sample of the city’s population: tables are reserved by Russians, Armenians, Georgians, and Abkhazians in equal measure."

The nightlife is at times outlandish because the same place can host posh youths, respectable seniors, and well-boozed troublemakers in tracksuits. A lavish stream of highly popular highballs (many places literally serve nothing but diluted highballs) smooths this contrast that would have looked bizarre in any other place on Earth. But here in Sochi it all comes naturally, and people of different social strata can easily mix and share a mic in a karaoke bar. 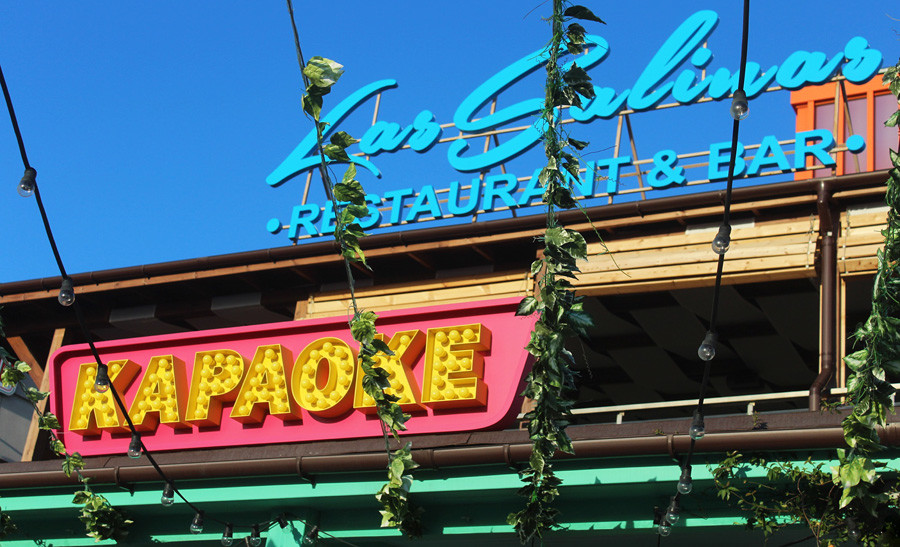 "People of different social strata can easily mix and share a mic in a karaoke bar."

At this moment you fall in love. It can be a green-eyed girl who came forward to sing an old reggae single, an egalitarian spirit of the night, or the calm sound of the Black Sea. But Sochi leaves no one indifferent.

In a country where a smile from a stranger is a rare thing, this small seaside town stands apart. Personal bonds often trump conventional rules and this unlikely advantage keeps the social balance intact.

Can a person visit Sochi and fail to give much thought to the significance of social bonds in his own life? Leaving to the airport and feeling a tingling of sweet sadness, I realize it’s highly unlikely.