Is there something special about the ‘Russian soul’? 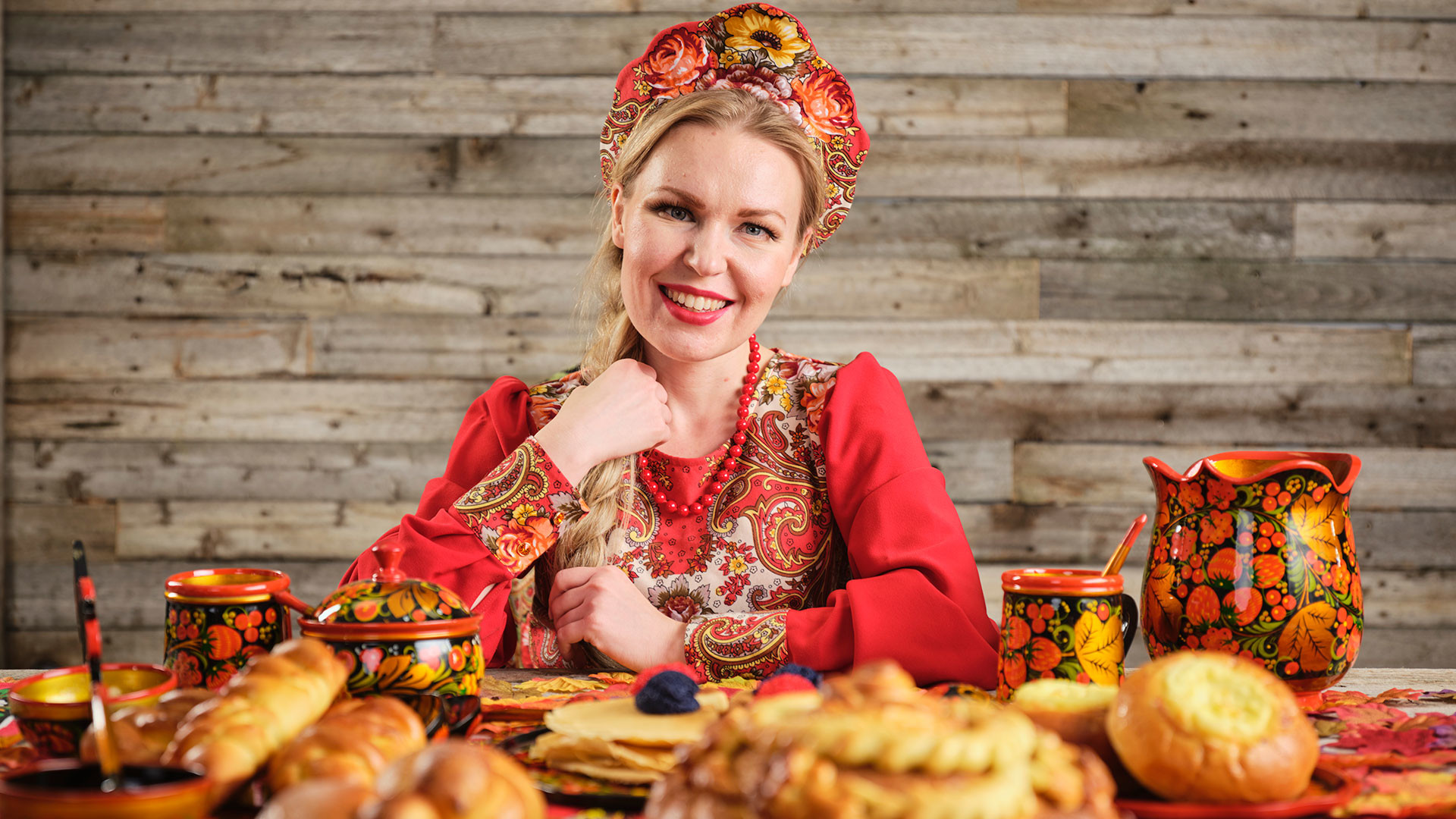 Getty Images
Mysterious, broad, strong… Oh, really? Who came up with the notion of the ‘Russian soul’ and how is it different from others?

Remarks about “the mysterious Russian soul” are perhaps one of the most frequently occurring in any articles and guides about Russia. To discover this soul, authors usually offer a walk through some ancient Russian city with kremlins and onion-domed churches, where the hosts wearing national dresses feed you pancakes with caviar.

But what if we remove these idyllic pictures? Is there a “Russian soul” or is it just another stereotype about Russia?

Who created the ‘Russian soul’? 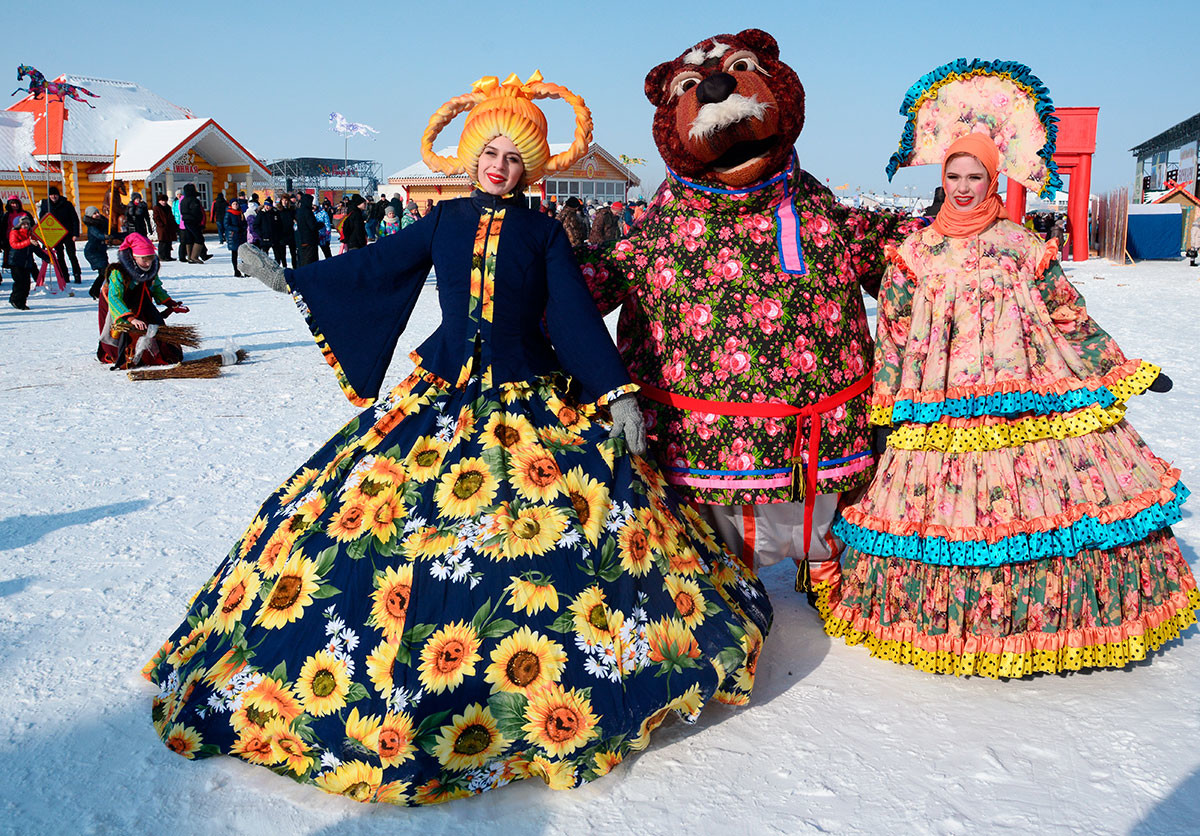 The term itself became known abroad thanks to classical Russian literature. Perhaps, Russia’s main poet Alexander Pushkin was the first to introduce it (the main character of his poem ‘Eugene Onegin’ was Tatiana with a “Russian soul”), while writer Fyodor Dostoevsky also mentioned it (‘Russian soul is a dark place’, ‘The Idiot’) and philosopher Nikolai Berdyaev developed it (“There’s so vastness, boundless, aspiration to infinity in the soul of the Russian folk, as in the Russian plain”, ‘The Russian Idea’). You can also read reflections on the Russian soul by Russia’s best writers, such as Ivan Turgenev, Leo Tolstoy, Nikolai Gogol and Anton Chekhov - in fact, by almost any writer of the “golden age” of Russian literature.

But the real wave of interest in the “Russian soul” began in the Soviet years, when a new country appeared on the world map and other people tried to understand what kind of people now lived there. The post-war Iron Curtain and the country’s isolation from the “capitalistic West” gave rise to a huge number of absolutely stunning myths in their pretentiousness: Allegedly, everyone in Russia drank vodka, played balalaika, while wild bears walked along the streets. (Although bears sometimes actually do it). It seems that the Soviet tour operators themselves were happy to “Russify” the travel of foreigners around the vast country as much as possible. Tourists were shown the ancient architecture of the Golden Ring, the luxurious palaces of St. Petersburg and the onion-dome Orthodox churches of Moscow. They were fed borsch and pancakes in restaurants and entertained by Russian folk artists. This is partly why those who were in the USSR remembered only what they were allowed to see and what they were told - including about the “Russian soul”. This phrase has become something like a brand of Russia. Which is not bad, actually.

What do our readers think? 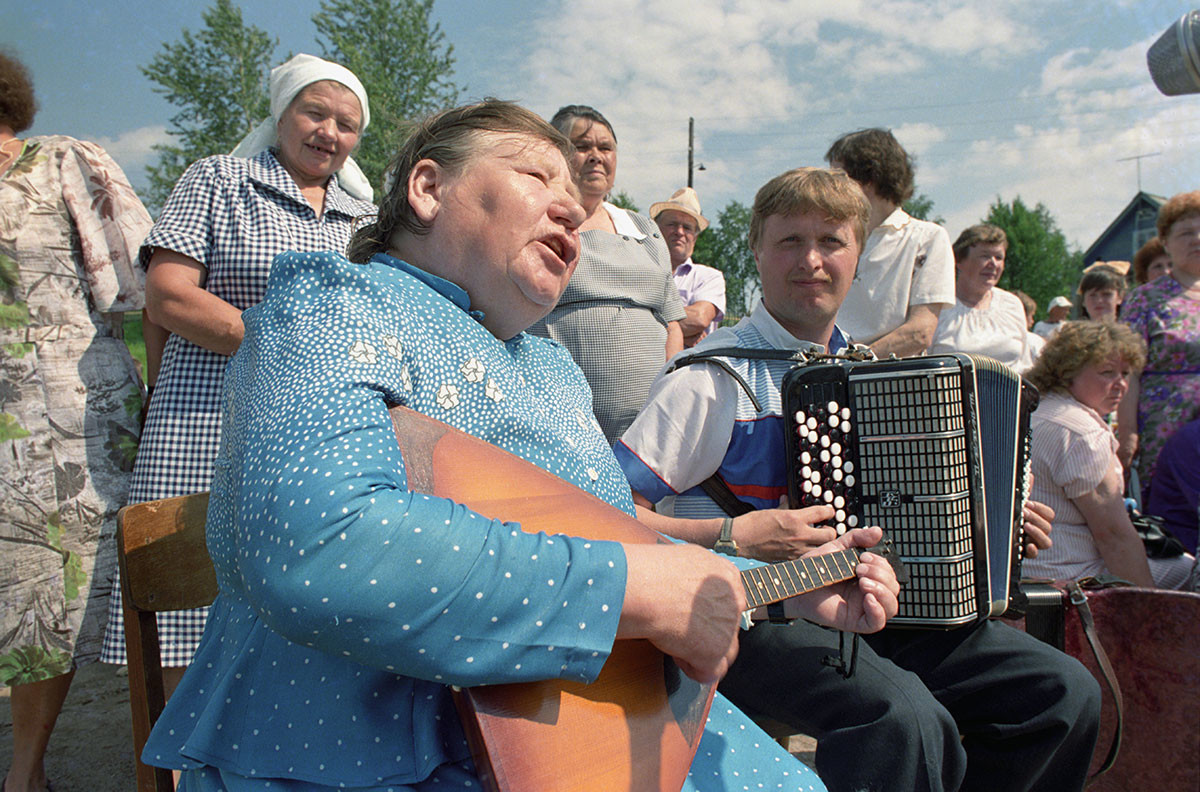 We asked our readers if they believed in the peculiarities of the Russian soul.

As it turned out, most of them still believe - and they cite Russian classics as arguments for its existence... Also, it’s really great to see that our readers can quote our favorite writers!

“Anyone familiar with Dostoyevsky knows about the mysterious Russian Soul. I think The Brothers Karamazov serves as the best introduction to the Russian Soul for outsiders”, writes Kunal Ganguly. “For me, it represents the connection one Russian feels with another, the shared history, stories, mythology and literature that connects every Russian soul. It’s something akin to the gentleness of Sonya and Levin, but with the innocence of Prince Myshkin and also a bit mysterious like Father Zossima.”

“The Russian soul enwrapped in mystery has the following characteristics: loving, caring, humane, respectful, gentle, quaint, slightly superstitious, well educated, chivalrous, enigmatic, a bit gloomy, generous and with a knack for thrills and a penchant for experimentation,” says Mohamed Rafi. 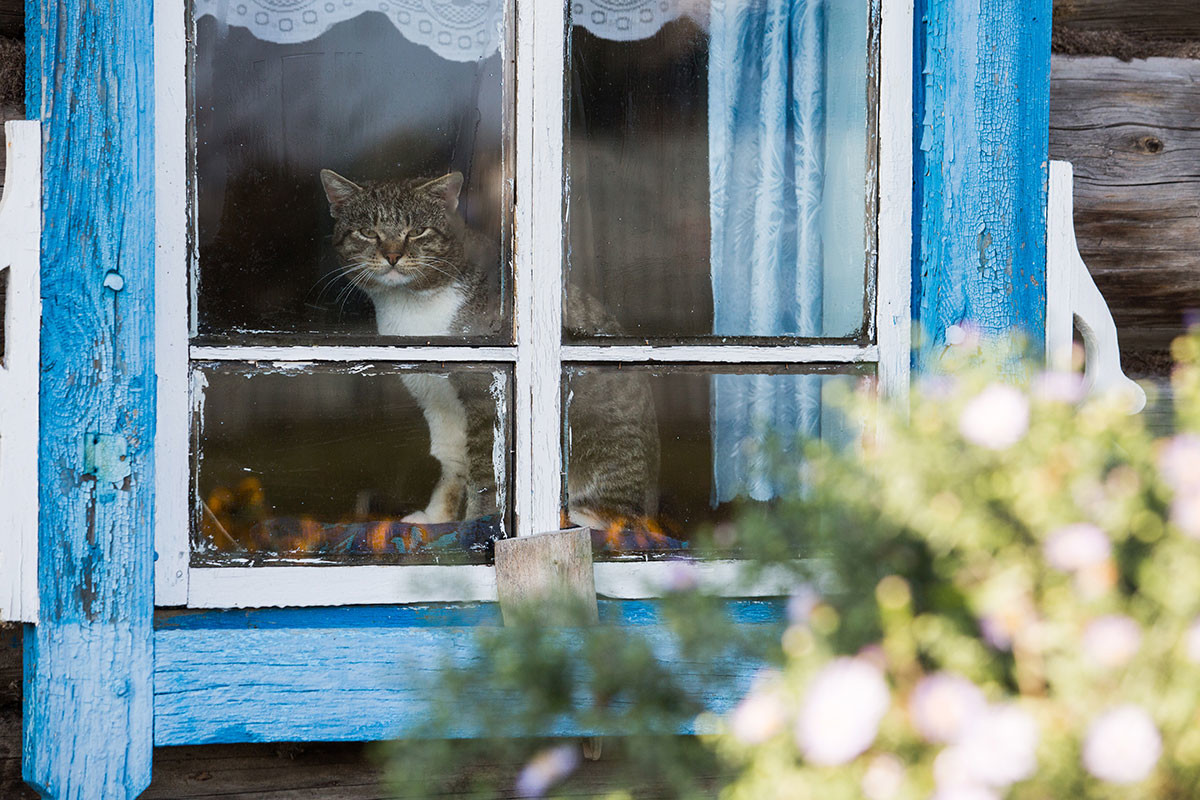 Peti Stefanov calls Russians maximalists. “You do things extremely well, best, perfect or extremely bad, but they balance each other and I love that,” he writes. “This is the russian spirit for me.”

Sandra Vasić describes Russian soul as “warmth and goodness to fellow human beings, without asking for anything back in return - plus an inexplicable mystery”.

Of course, among the answers were different opinions, including those that said the “Russian soul doesn’t exist” and “Mysterious soul is everywhere”.

Is the Russian soul only… Russian? 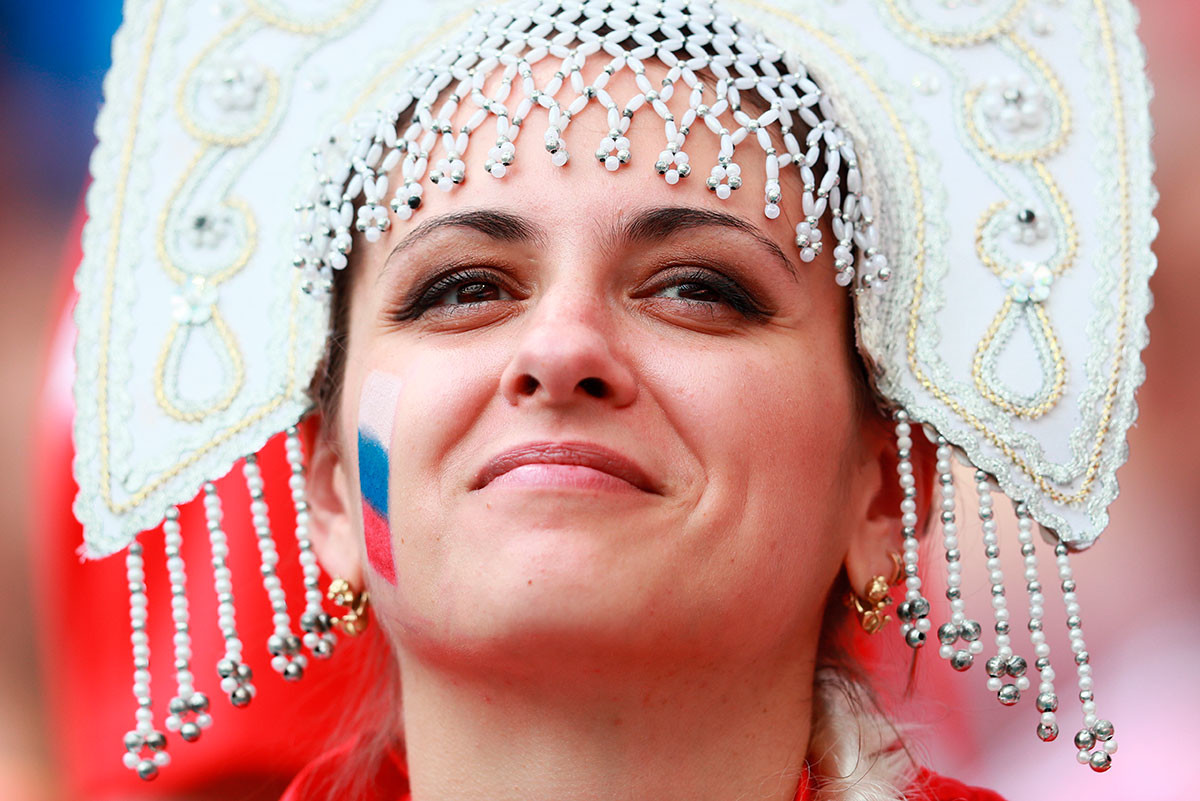 Interestingly, today there are more foreigners who debunk the stereotype of “the mysterious Russian soul”. And their arguments are serious: firstly, all people are different. And secondly, there are more than 200 ethnicities living in Russia, not just Russians.

One of them is the German writer Jens Siegert, who has been living in Moscow for almost 30 years and sincerely loves Russia. “Everyone talks about the ‘mysterious Russian soul’, but there’s no such thing! You could just as easily talk about the German, French soul, etc. People in any country have their own national traits and different mentalities. The term ‘Russian soul’ averages out and blunts the complexity and diversity of the Russian people. It’s like giving the average temperature over the year without mentioning the extremes.” he says.

British journalist Oliphant Roland also agrees with him and notes that Russia is an “incomprehensibly huge country” where a variety of people live in a variety of geographical, cultural and social conditions.

“The main problem with the Russian soul concept is that it is impossible to say to whom exactly it applies,” he writes. In general, he believes that, in a couple of decades, this term will become obsolete and go into oblivion.

What do you think?