These territories are NOT in Russia, but still belong to it 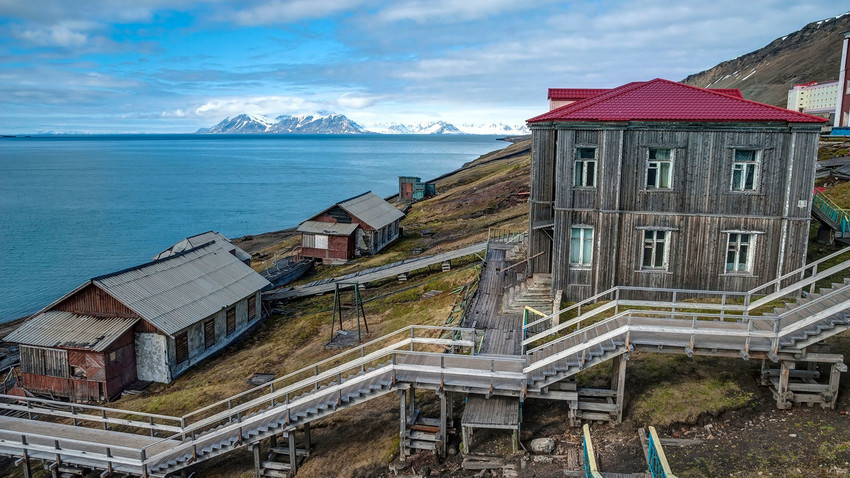 Legion Media
A rock in Switzerland, a freezing Arctic village in Norway… a Biblical fig tree? These and many other things are officially under Russian ownership. But none of them are even in Russia!

A city and cosmodrome in Kazakhstan

Baikonur is a city in the south of Kazakhstan, containing a cosmodrome of the same name, which Russia used for all its space missions until 2016. The government rented both the cosmodrome and the surrounding territories, effectively making the place its own until 2050, when the lease runs out. The territory has official Russian status as a federally important city. Russian currency, as well as Russian laws, are used tere. All of the street signs are, likewise, in Russian, while the central square has a bust of Vladimir Lenin to this day. 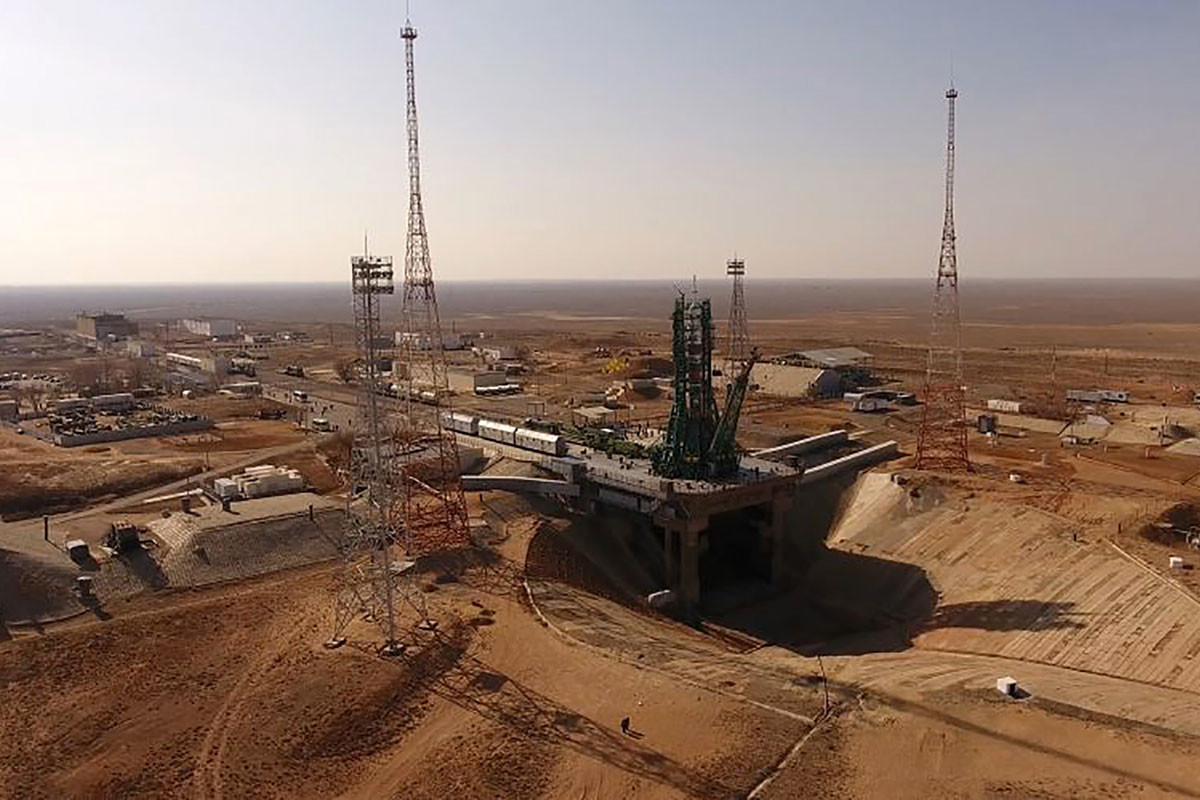 Specialists from all over the USSR would descend on Baikonur, before the city and cosmodrome became the property of sovereign Kazakhstan after the Soviet Union collapsed. In 1994, a lease agreement was signed with Russia, which pays an annual fee of $200 million for the property.

One can only access the city with a permit, although it's not difficult to obtain, even for a foreigner: either get your resident friends to invite you, or simply apply through a tour operator. Baikonur tours include watching a rocket launch, so they cost a fortune: 95,000 rubles (approx. $1,300) for Russians and about $5,800 for foreigners.

A Swiss rock with a stone cross 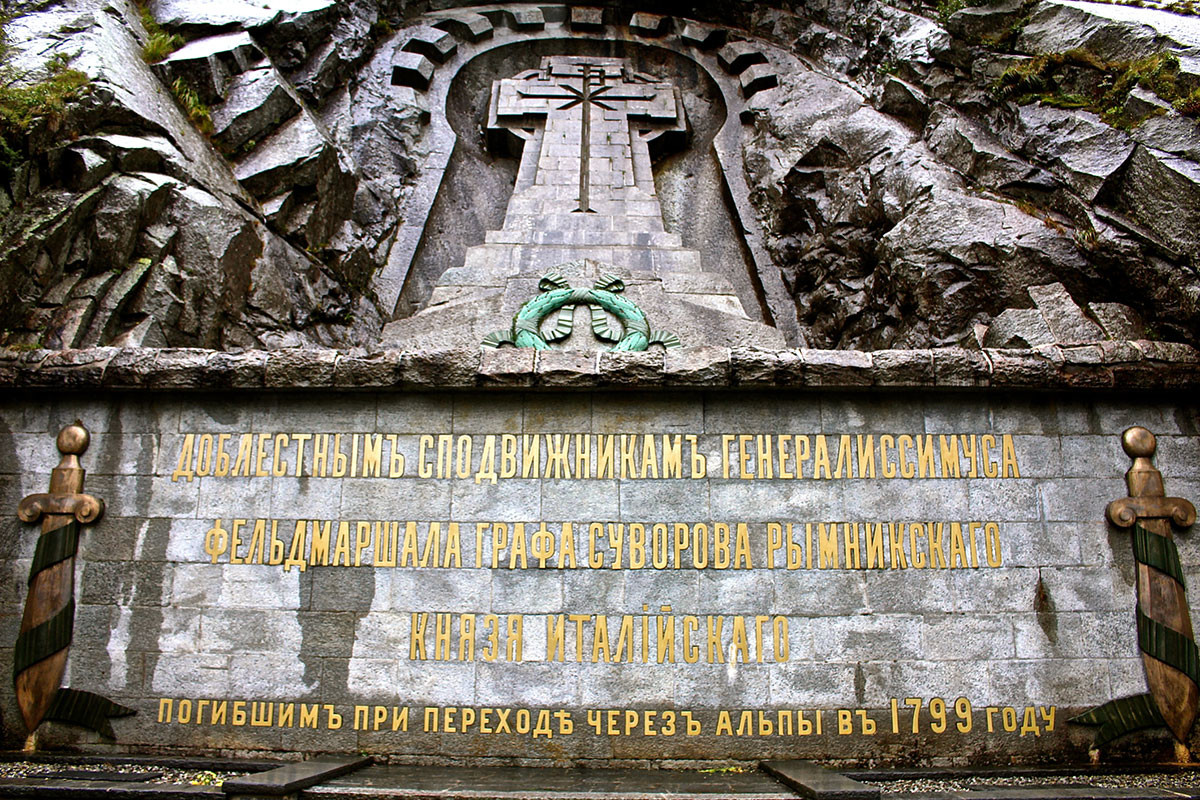 The Russian property, acquired in the late 19th century, is only 495 sq. meters and is situated in the Swiss Alps. In 1799, General Suvorov set out for Switzerland, together with Austrian coalition forces. The Russians lost 2,000 men at Saint Gothard pass. The objective of kicking the French out of Switzerland was never achieved and the army had to withdraw, due to the heavy losses. Historians, however, are of the opinion that the failed military campaign brought the Russians more fame and honor than even their most successful ones.

With that in mind, several centuries later, the Swiss community of Urzern surrendered the rights to a plot of land in the Alps, in order to allow for the construction of a Russian monument (it was erected in 1898 by Russian Prince Sergey Golitsyn). Interestingly, the Swiss government itself had no idea of the trade and news of the “island” only spread in the 1970s.

A settlement in Norway 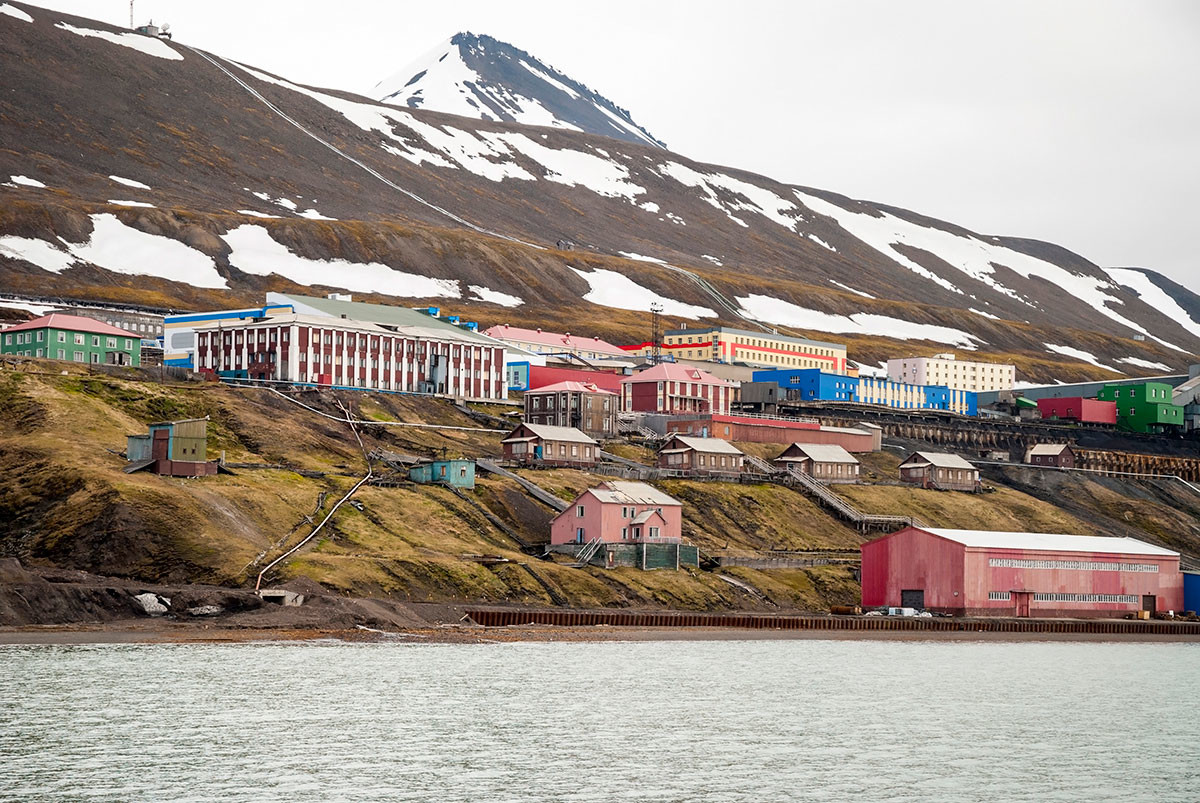 The Russian mining community of Barentsburg exists as part of the Spitsbergen treaty of 1920, according to which, any participating country (they number more than 50) has rights to conduct various activities on the archipelago. However, the privileges are only made use of by Russia today.

The USSR used to own three settlements there, two of which were abandoned after coal production ceased. The only remaining one runs on government subsidies.

There are some 400 individuals living there, all Russians without the need for a visa. The people mainly arrive for shift work. Meanwhile, some tourism is starting to develop in recent years: to add some flair, the Russians even installed a remnant of Soviet presence there - an obelisk they dug up from a local storage: “Our aim is communism”, its inscription reads. The settlement has its own school, museum, kindergarten, hotels and hostels, a sled dog kennel and a skill development center.

A Russian center in Paris 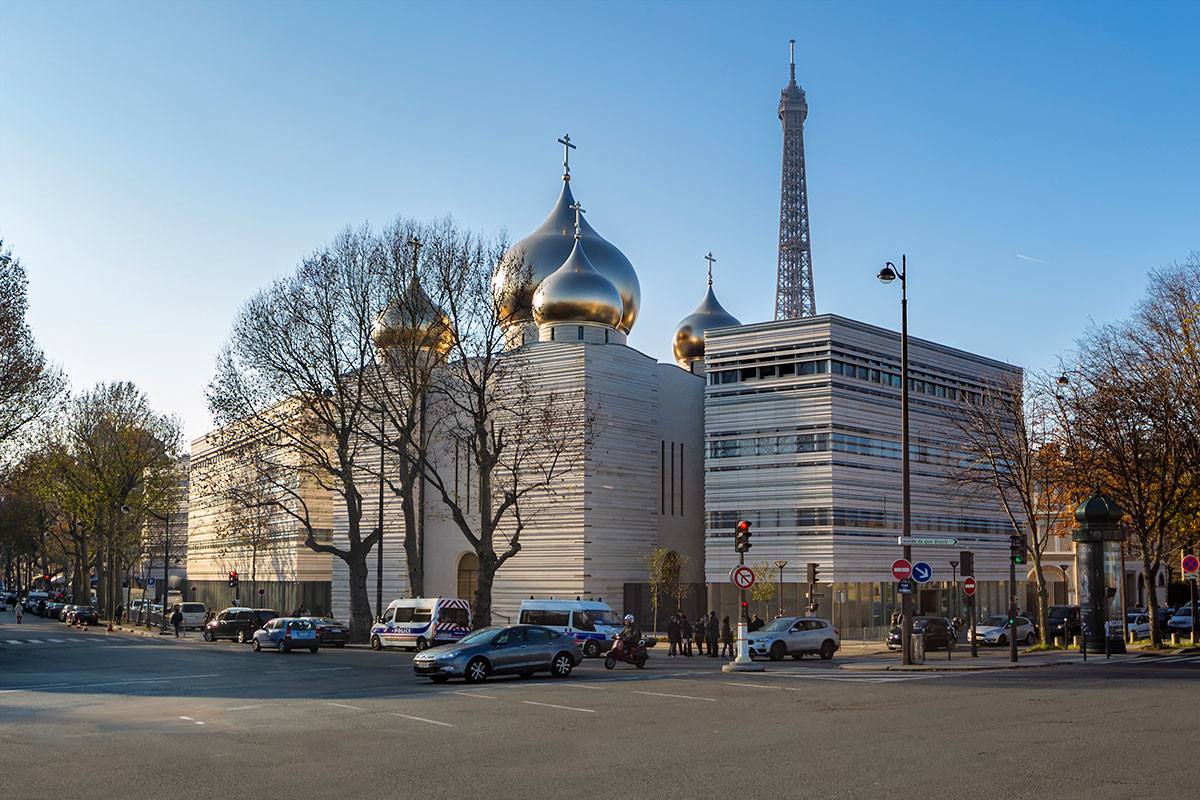 In 2010, Russia beat Canada and Saudi Arabia to the purchasing rights of a plot of land on the banks of the Seine, right by the Eiffel Tower, paying 75 million euro (approx. $100 million at the time).

The Branly Embankment area measures 4,245 sq. meters and is the project of architect Jean-Michel Wilmotte. The complex houses an orthodox Holy Trinity Cathedral, exhibition center, school, diocese administrative building, concert hall and accommodation for the priests. Legally, the plot belongs to the Russian Embassy, so the territory enjoys diplomatic immunity.

The banks of Jordan and a Biblical fig tree in Palestine 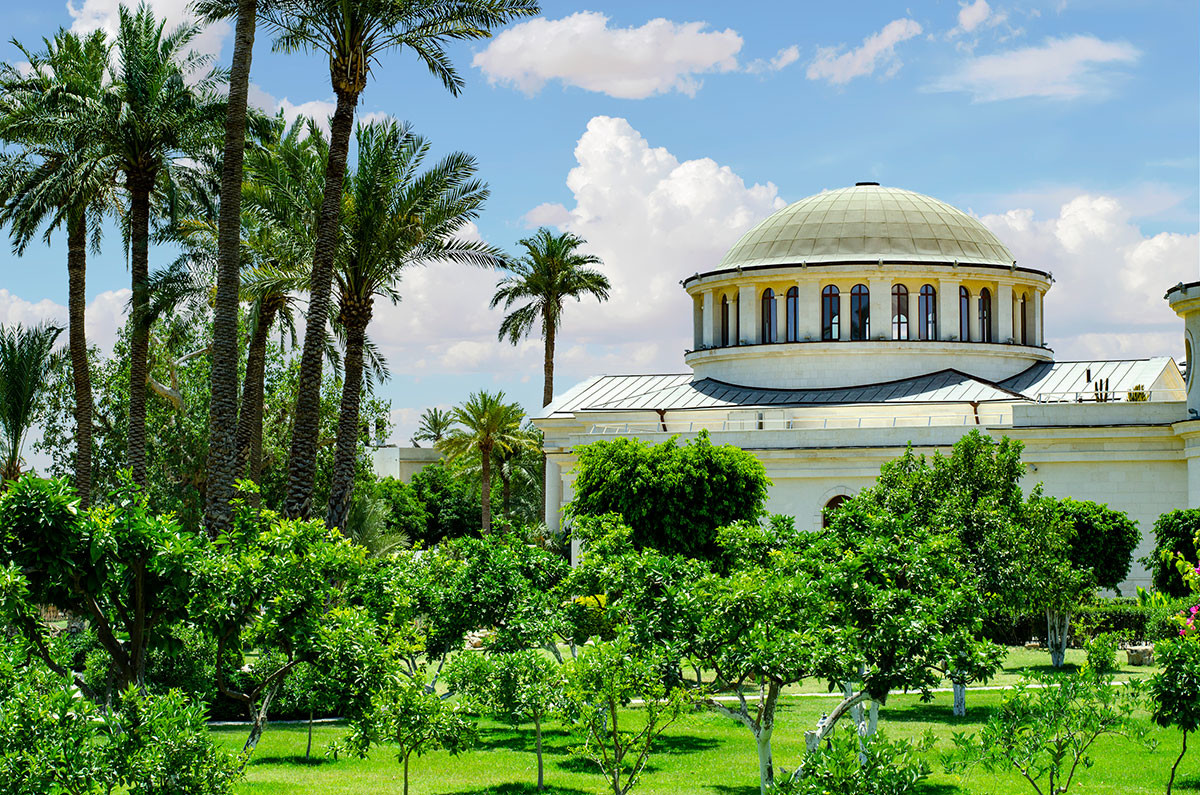 In 2008, Russia regained ownership of three plots in Jericho, on the west banks of the river Jordan. They were purchased back in the 19th century by Russian priests, using donations. However, the land changed hands several times, passing from one chairman of the Imperial Orthodox Palestinian Society (a scientific-humanitarian NGO created in Russia) to another. In the end, after the last chairman’s passing, it became legally problematic to re-register the lands with Russia and the issue was only resolved a century later.

The 12,000 sq. meter square houses, among other things, a Christian holy place - the Zacchaeus fig tree. The Gospel of Luke states that the tree was the site of Jesus’s meeting with the publican Zacchaeus.