Who is Yuliya Peresild - the FIRST actress to shoot a movie IN SPACE? (PHOTOS) 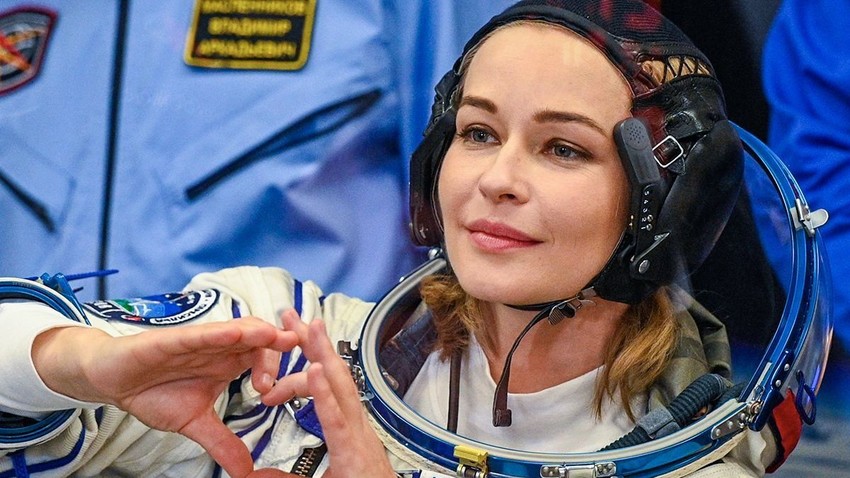 Ramil Sitdikov/Sputnik
There used to be a time when she’d have to spend nights at train stations. Today, she gets to go to space.

“Up, down, left, right,” said the voice of the officer at mission control guiding the ‘Soyuz MS-19’ spacecraft to its target - the Russian segment of the International Space Station. “Do what you were trained for. It will all be OK,” his steady voice continued.

This didn’t stop the docking from being a nerve racking moment. The usual system backfired and the craft couldn’t dock automatically, with cosmonaut Anton Shkaplerov having to perform the procedure manually. He was assisted by actress Yuliya Peresild, 37, who had nothing to do with space just three months ago. 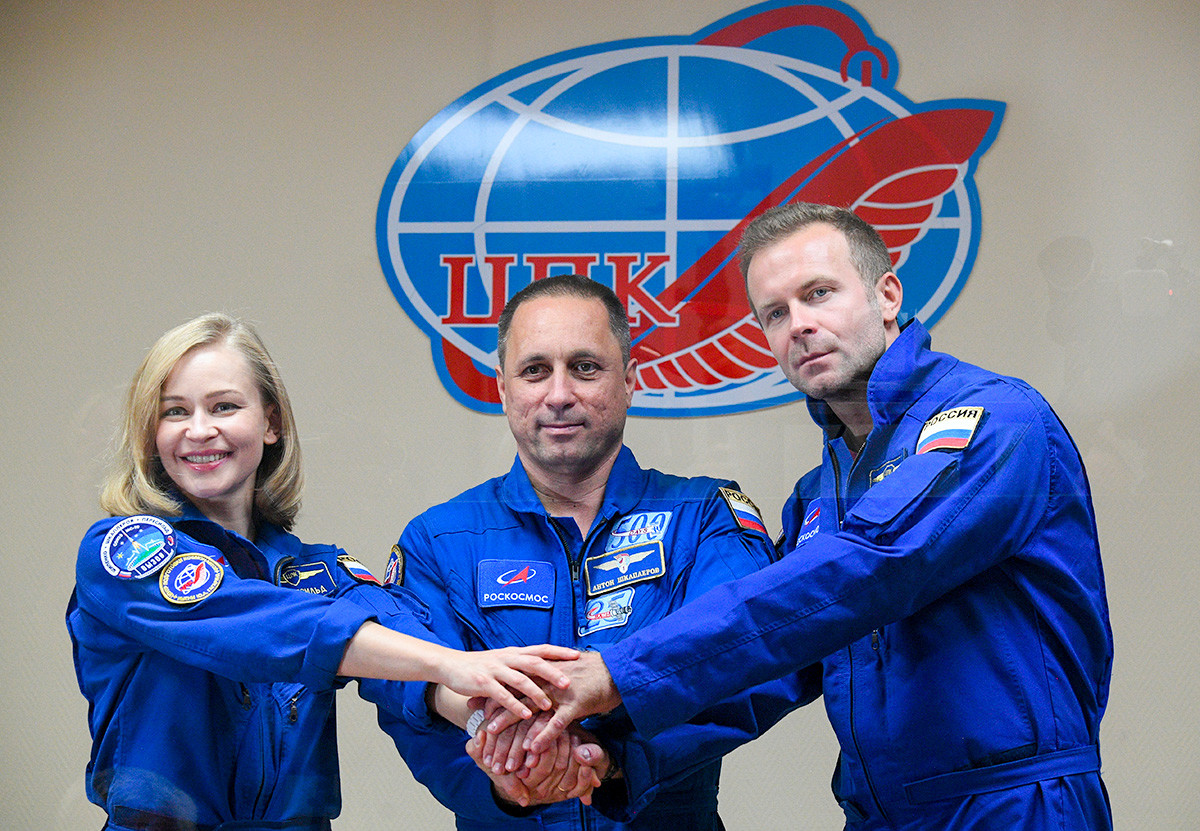 Peresild is a member of the first ever movie space crew. She was selected together with director Klim Shipenko to shoot scenes of the first full-scale movie to be filmed in space. On October 5, she beat Tom Cruise to the punch: the Hollywood star has similar plans.

“I keep thinking that I’m dreaming,” Peresild said when she set foot aboard the ISS. “It’s almost impossible to believe that it’s all a reality.” 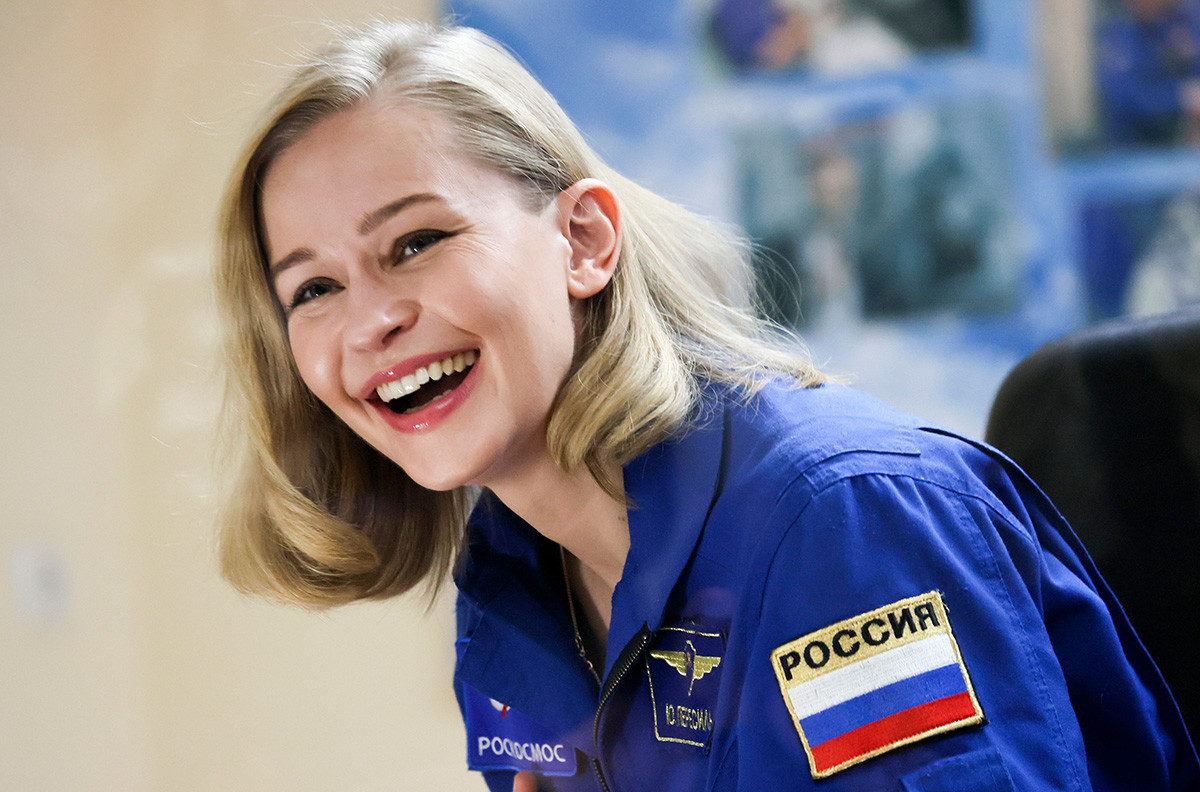 ‘Vyzov’ (“The Challenge”) will have her in the lead as heart surgeon Zhenya, who only has one month to prepare for a flight to the ISS and perform surgery on a cosmonaut. The actress practically accomplished the same thing as her protagonist. Yuliya Peresild is currently considered one of the most sought-after actresses in Russian cinema. She says none of her family and loved ones ever took that desire seriously (let alone that she would one day get to make it out to space because of it). 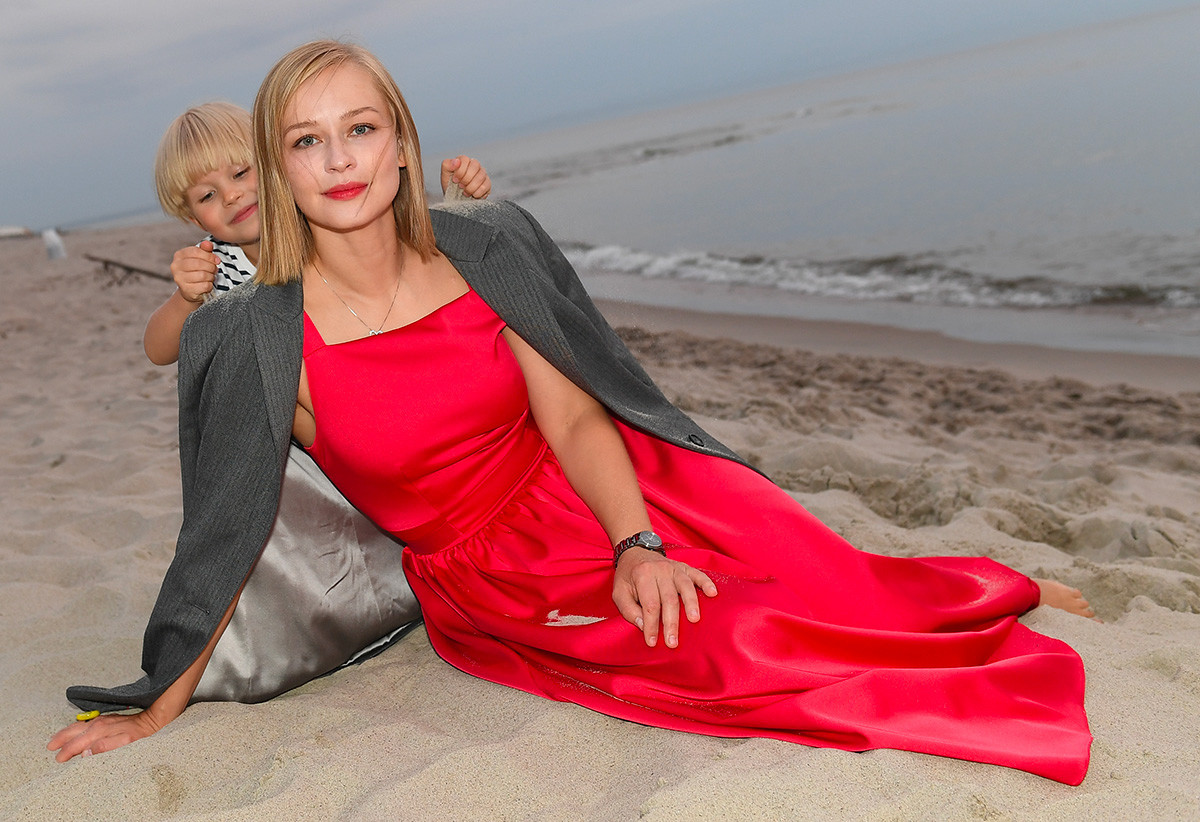 “Mom always loved me dearly and did think that I was somewhat a talented person, but always told me things like ‘Why not become a school principal instead… ‘actress’ - what are you talking about?’” Peresild confessed. 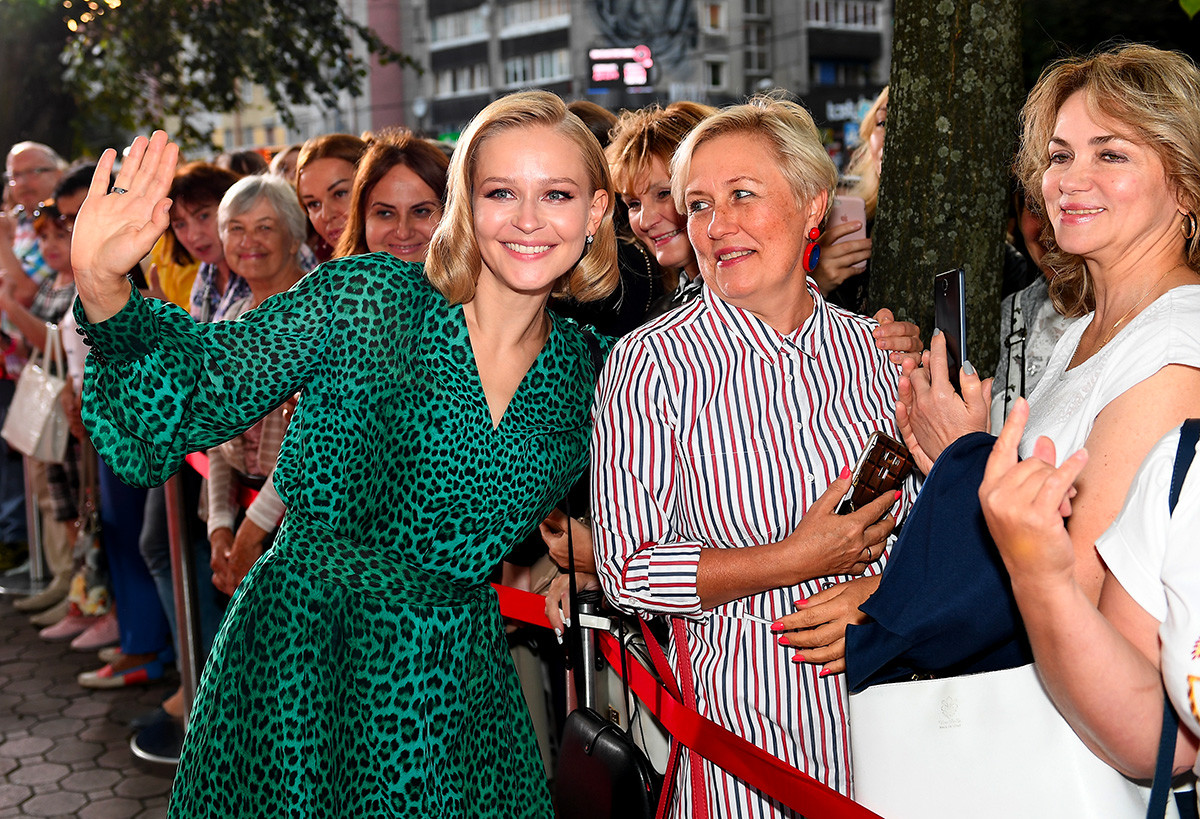 Peresild was born in Pskov - a small city in the north-west, on the border with Estonia and Latvia, but she always dreamed of leaving. “Shootings, fights, drunkards and junkies. I saw it all. Someone could easily take out a pneumatic gun and open fire inside a club. You could get them in kiosks, right next to the Bounty bars. We were a border city, after all,” she said of the 1980s-90s in Pskov. 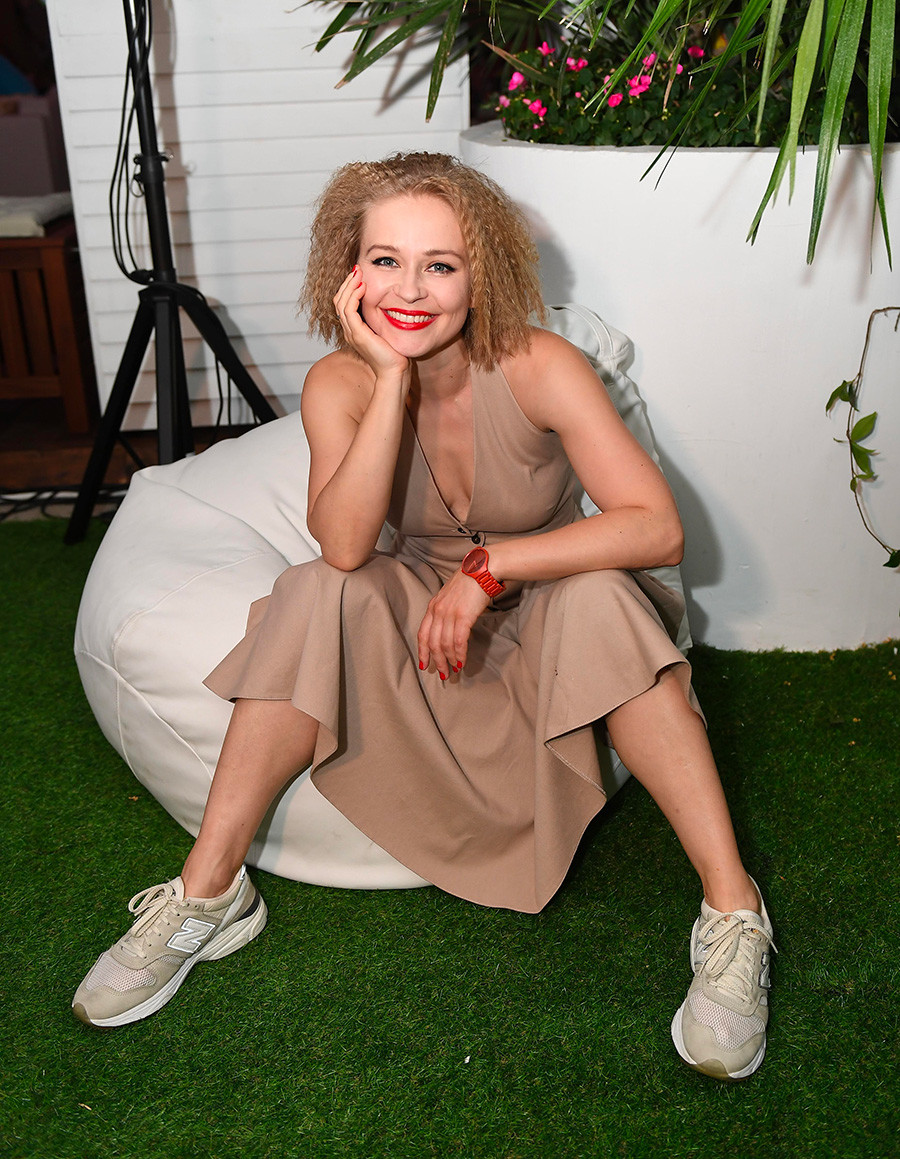 Peresild eventually “escaped” to Moscow. She simply packed her things and said she’s going to “check out” the capital, whereupon she sat entry exams at a theater college, despite never having visited a theater in her life. She even had to sleep at a train station, in the baby changing room. 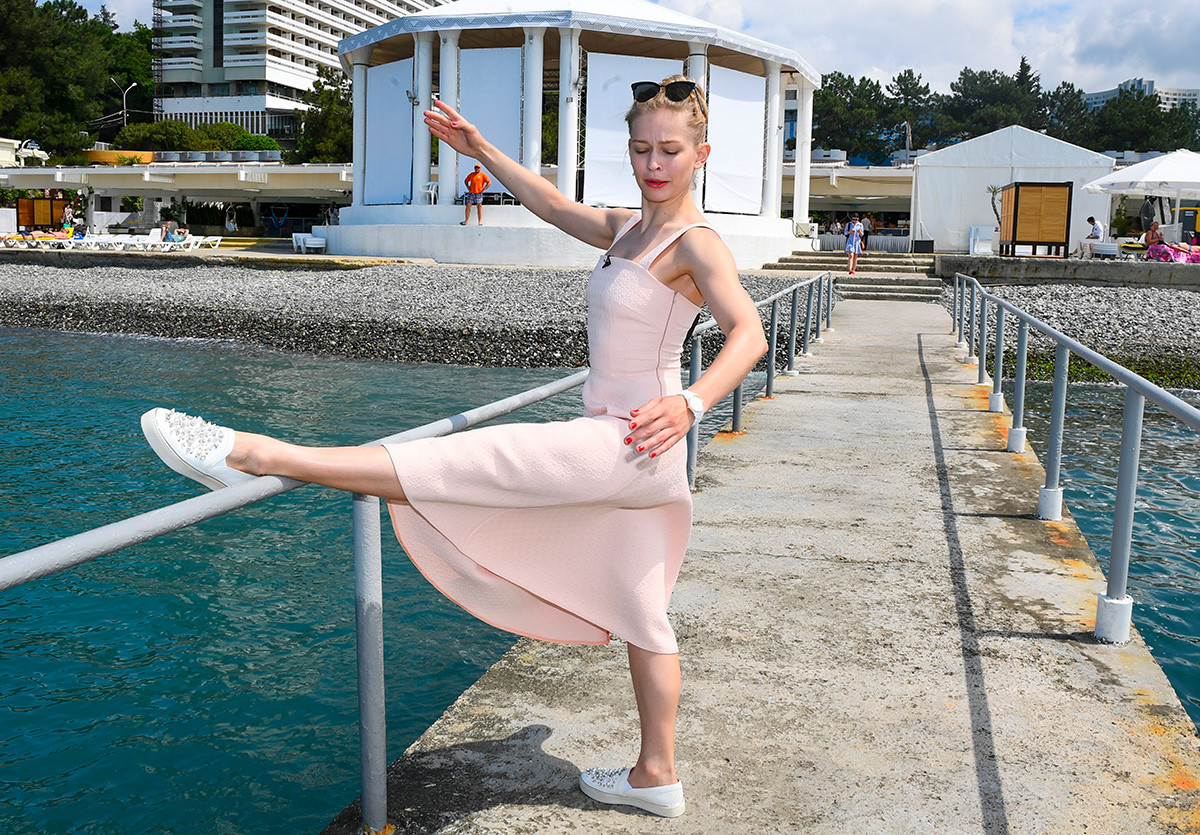 The young woman was accepted and she soon began appearing in TV series, predominantly as supporting cast. She also quickly discovered her preferred movie director - Aleksey Uchitel (who filmed the controversial ‘Matilda’, dealing with Nicholas II’s mistress). The two have two children together. Her quick ascent to fame began with ‘Prisoner’ (2008), followed by the drama ‘The Edge’ (2010), which won her several awards. 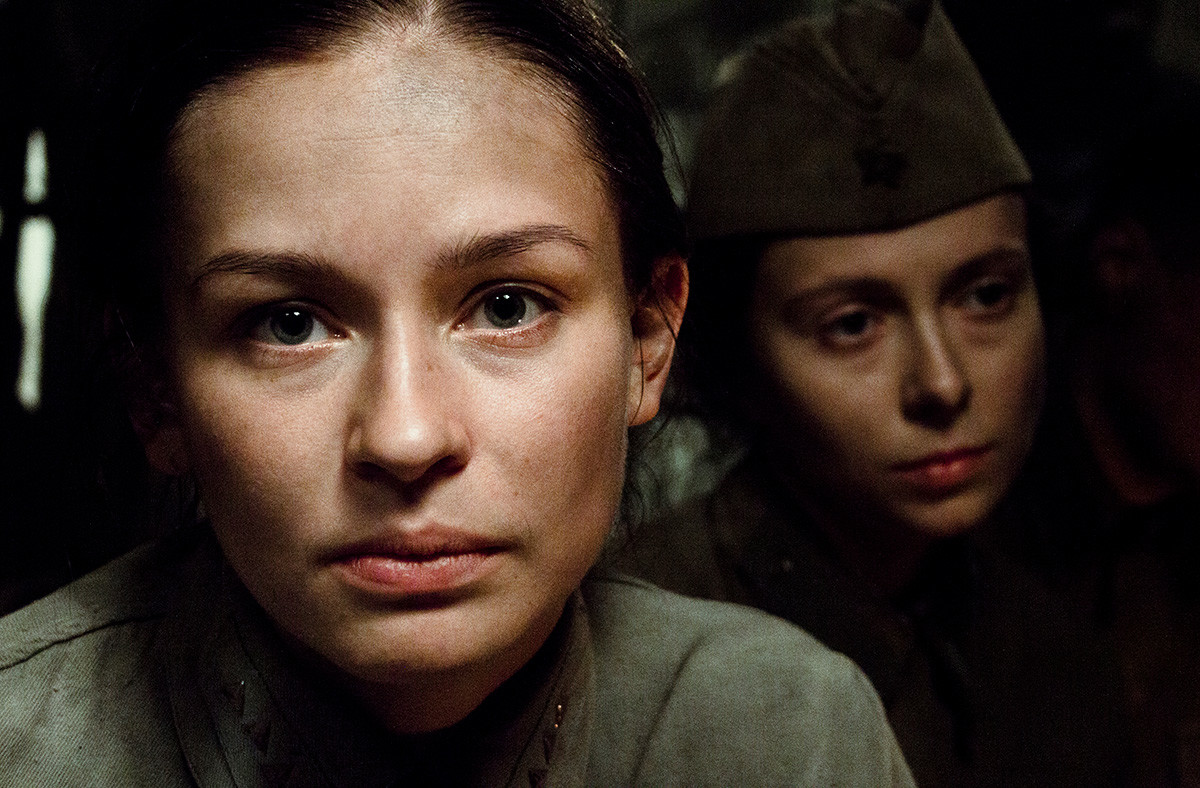 Yulia Peresild in the film "Battle for Sevastopol"

She considers her best role to be that of Lyudmila Pavlichenko in the war drama ‘The Battle for Sevastopol’ (2015), about the most lethal woman sniper of the Red Army during World War II. The actress had to go through genuine training for that one, as well: “There was shooting practice, I had a bruise on my shoulder, a nasty one. The most difficult thing is not to blink when firing, as snipers don’t blink. That part of them simply dies off - or you could get hit right in that instant. They take years to develop the skill.” 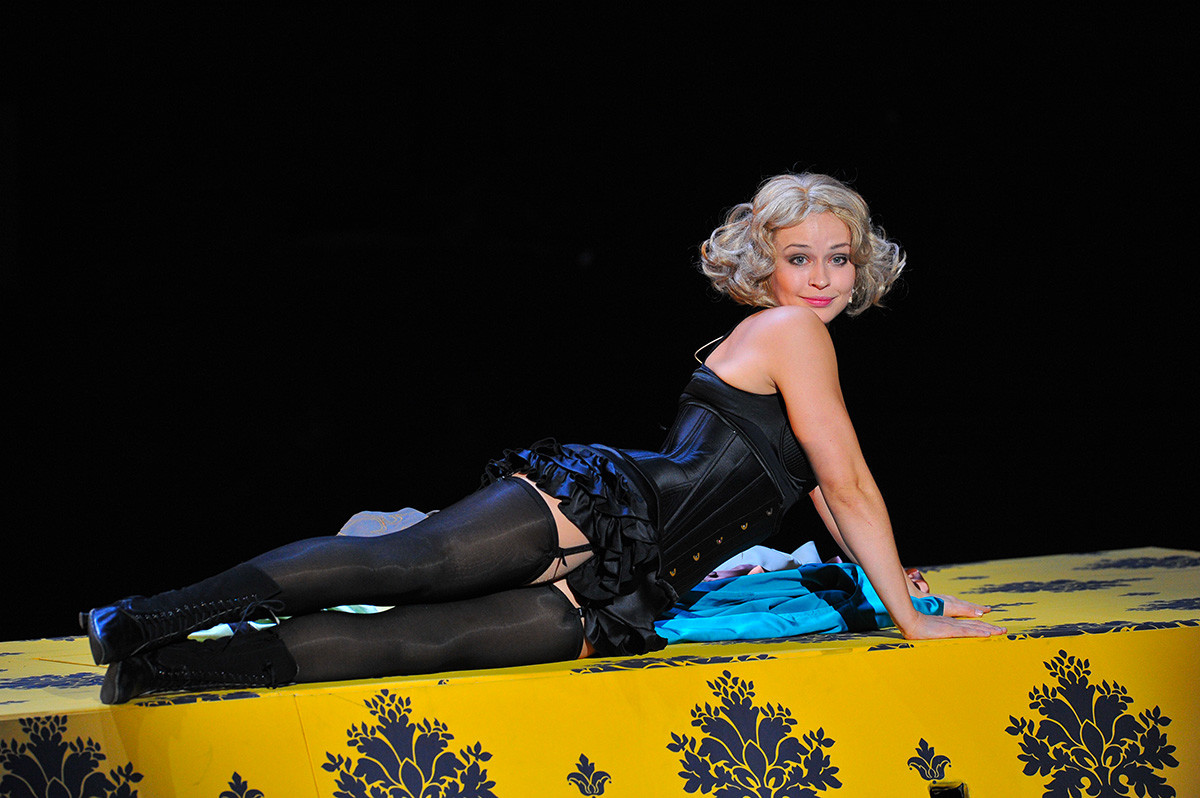 Peresild often appears in theater productions, has a number of awards and has for several years been a trustee and co-founder of ‘Galchonok’ - a fund for children with cerebral palsy. In recent years, her popularity has only grown, taking on more than 70 roles and an inclusion by the media into the list of top 10 actresses below the age of 35. 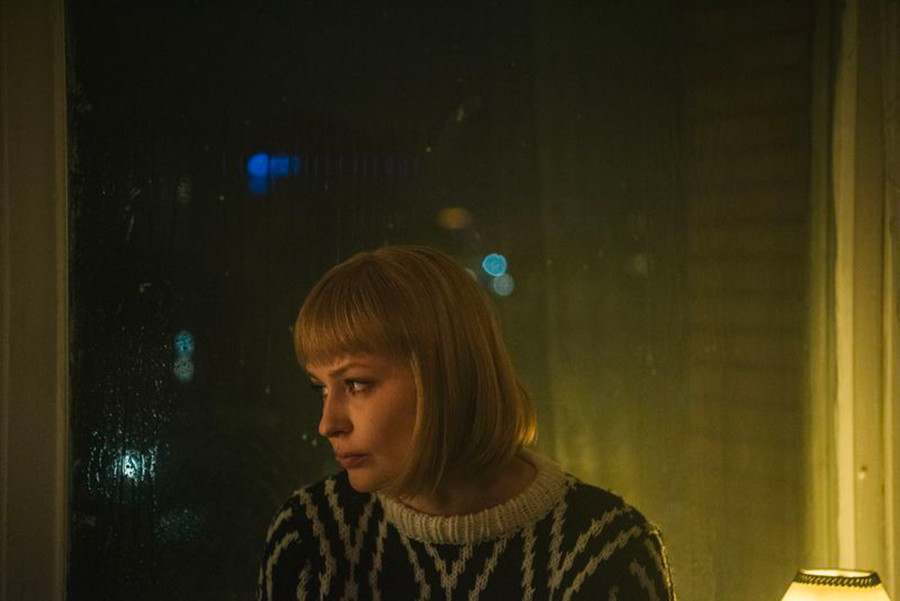 She is considered to belong to the actor pool of the state-owned ‘Channel One’, which regularly lands her main roles in the most popular series and major patriotic blockbusters. However, that hasn’t stopped her doing independent movies: The latest example is Kirill Serebryanikov’s ‘The Petrovs’ Flu’, which premiered at the Cannes Film Festival in 2021. 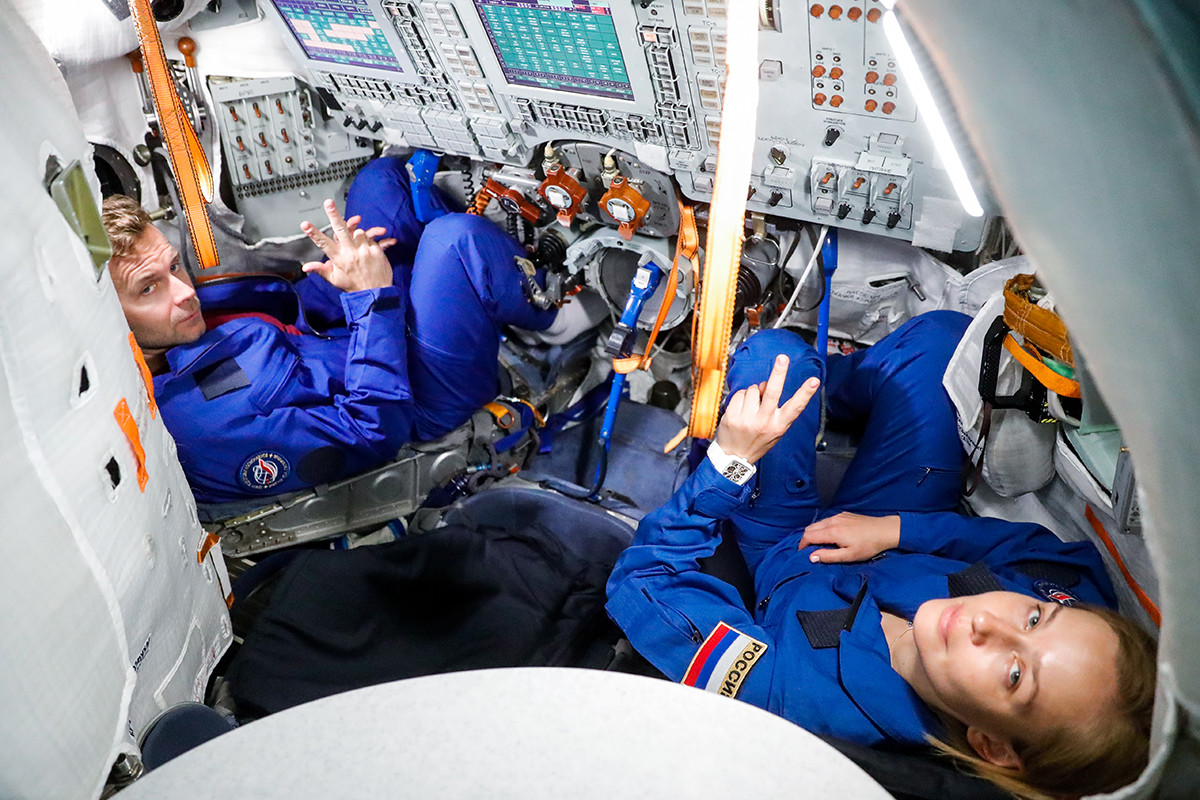 Fame alone isn’t enough to get you a trip to space, however. Peresild beat over 3,000 other candidates in an open contest - the list included pilots, psychologists and scientists. She passed creative and medical exams, before committing to three-month cosmonaut training, which included the centrifuge, survival in the wilderness (in case the capsule lands off target), flying in zero gravity and other fun stuff. 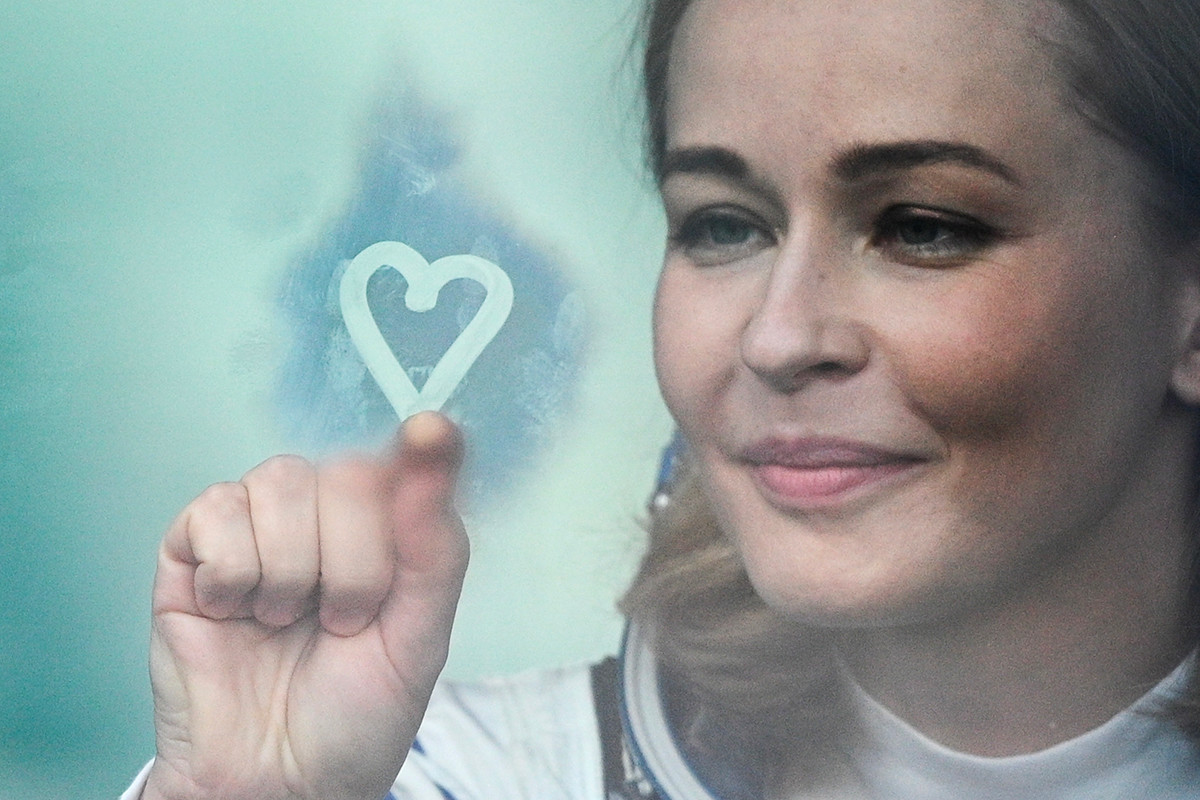 “Training… bringing to orbit… descent… in space suits… ammonia masks… tomorrow we’re doing gas masks, four to six hours, without a break… there will also be flight analyses carried out by the most seasoned cosmonauts… thousands of unknown words… and one night to digest it all… re-reading the manuals… analysing mistakes in order not to repeat them,” Peresild described the ordeal in an Instagram post. 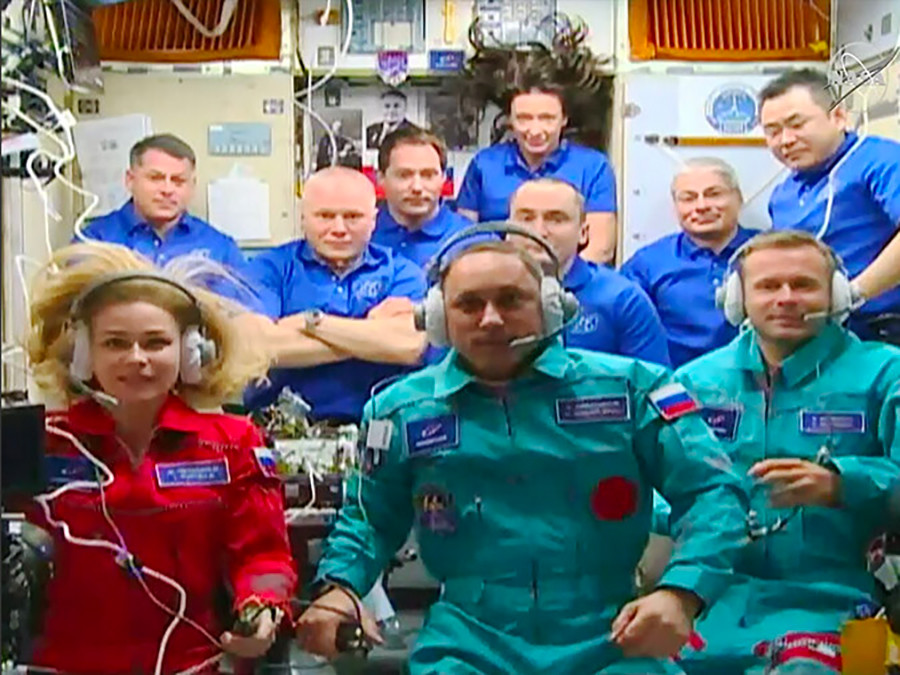 Peresild also became the fifth Russian woman to visit space and the first to visit the ISS since 2015. She describes her life as one of constant struggle, which she says is her main motivator: “I really love to fight the odds. As soon as someone says, ‘You can’t do it!’ I’ll most likely succeed.”