Co-founders of a Russian cryo farm battle over frozen bodies... wait, WHAT!? 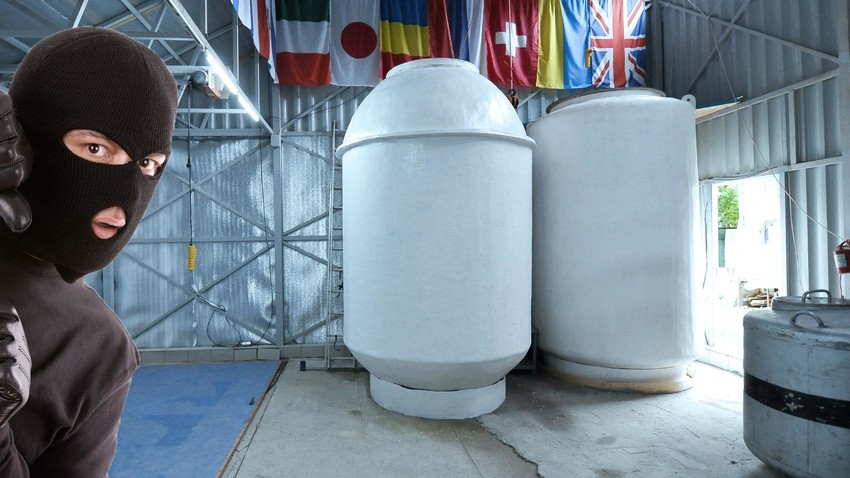 Alexander Avilov / Moskva agency/Legion Media
No, this isn’t the plot of a horror movie - but a genuine battle being waged at a Russian company that cryogenically freezes dead bodies (yes, they exist and they’re legal). In order to save the business, one of the co-owners went for a truly desperate move!

When, in 2006, seven fans of the transhumanist movement founded ‘KrioRus’ - the only Russian company in the business of freezing the recently deceased (and any pets they may have had) with the hope of unfreezing them in the future, no one thought that things would end the way they did.

In early September 2021, one of the co-founders, Valeriya Udalova, secretly snuck onto the cryostorage territory and, in broad daylight, using an autogen, made a hole in its wall. The video that’s been making the rounds online shows a crane attempting to extract the dewars (containers) holding the “cryo patients”.

Udalova is seen walking around in an apparent state of stress during the process. The containers are then seen expelling a thick white fog - nitrogen, used to store the bodies. The majority of it had to be dumped, leaving only enough inside the dewars to allow for horizontal transportation.

Having loaded the dewars onto trucks, Udalova tried to ship them to another storage facility hundreds of kilometers away and still under construction. She never managed to leave the micro-district, having been apprehended by police. The footage showing the tracks with the dewars standing on the side of the road, with nitrogen visibly leaking from them, even managed to disturb foreign cryonicists.

“Please share whatever you hear from KrioRus. I am very interested - and worried - about what is happening over there,” they wrote in a professional Telegram channel.

Briefly speaking, the scene demonstrates how the co-founders of the cryo farm are fighting for their business after it went down the drain, due to internal politics. The battle is currently in a critical phase and the owners have literally begun divvying up the “patients”. Udalova’s actions were aimed against her ex-husband and partner, Danila Medvedev. But, the latter has put up resistance. 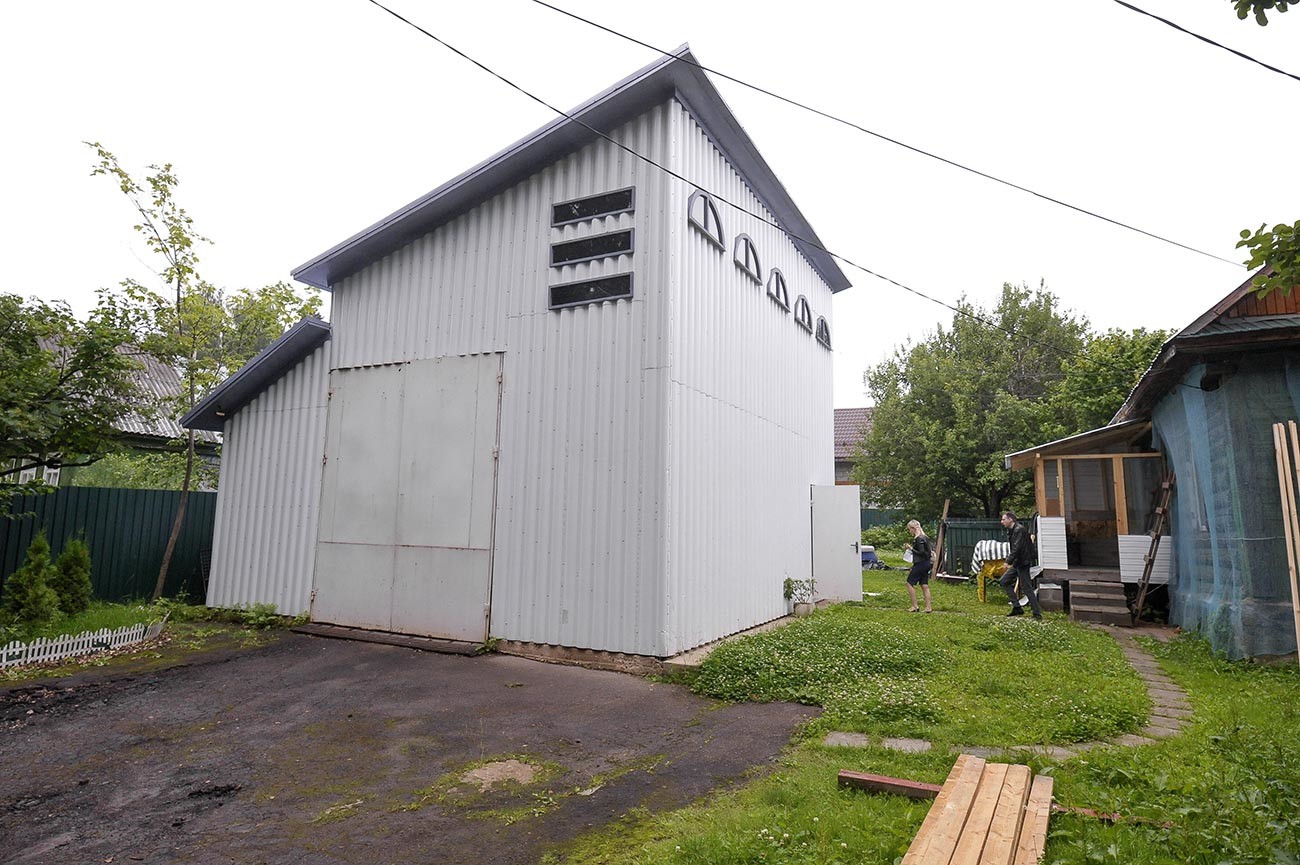 “The plan was in development for three months,” Udalova confessed. The entire incredibly technical process (drilling a hole, loading the bodies and making away with the dewars) took 15 hours. And it’s not the only desperate “kidnapping” she has had no qualms about attempting.

There are two large companies that operate their own cryogenic facilities in the world, both of them in the United States. This business is legal, despite there being no science to back it up - let alone successful cases of bringing patients back to life. However, those who pay for the service really do believe that they’ll rise back up once technology catches up. 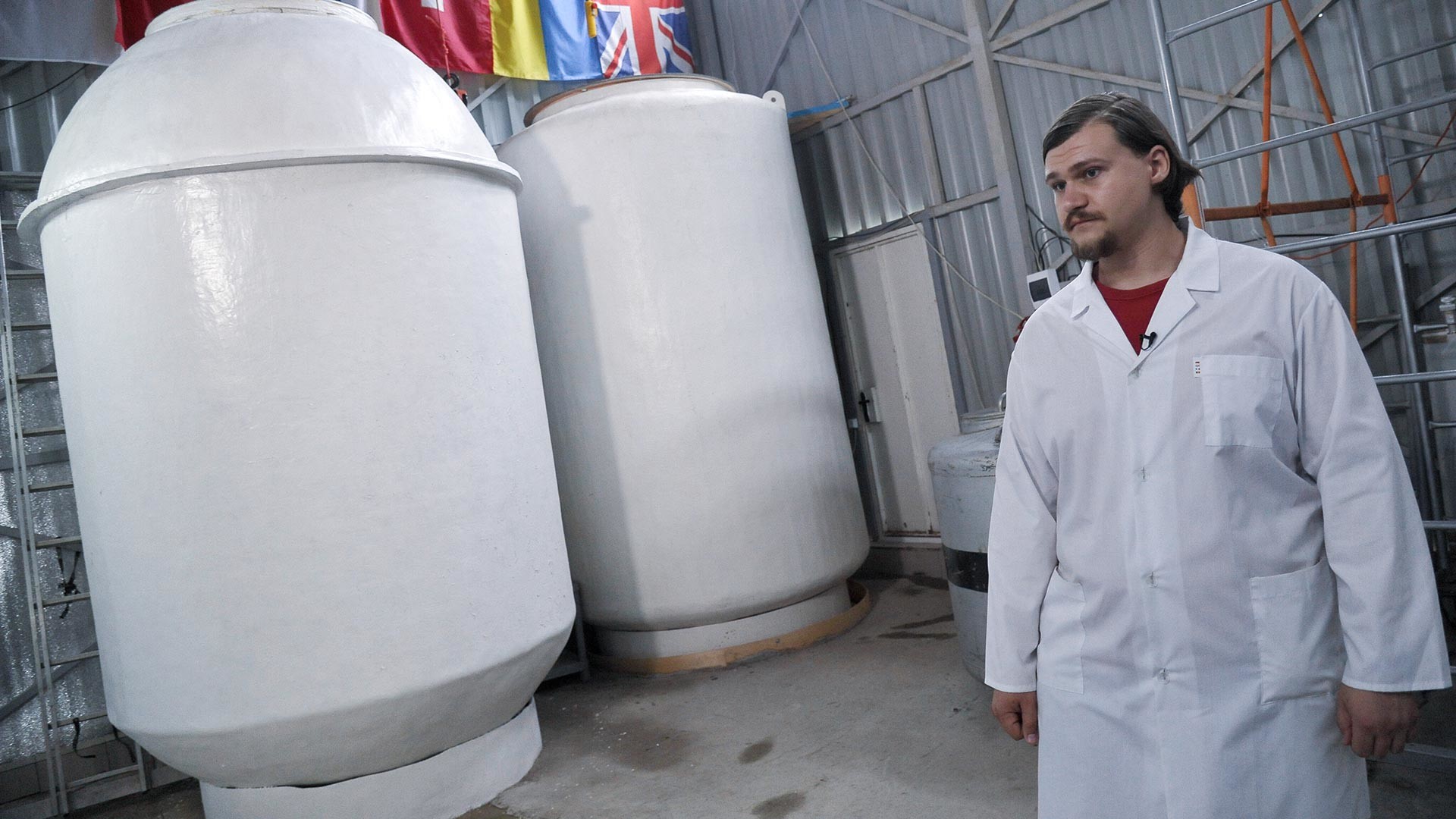 KrioRus became the only cryogenic company in Europe and its unique business model didn’t go unnoticed: In 2019, there were almost no places left (despite there being no guarantees, understandably). According to information on the company website, the contract has been signed by some 500 people, of which 81 people and 47 house pets have already become “cryo patients”. The deal is signed for 100 years, with automatic prolonging every 25 years at no extra cost. Some froze themselves completely for $35,000; others opted to freeze only the brain (which is only half that price). 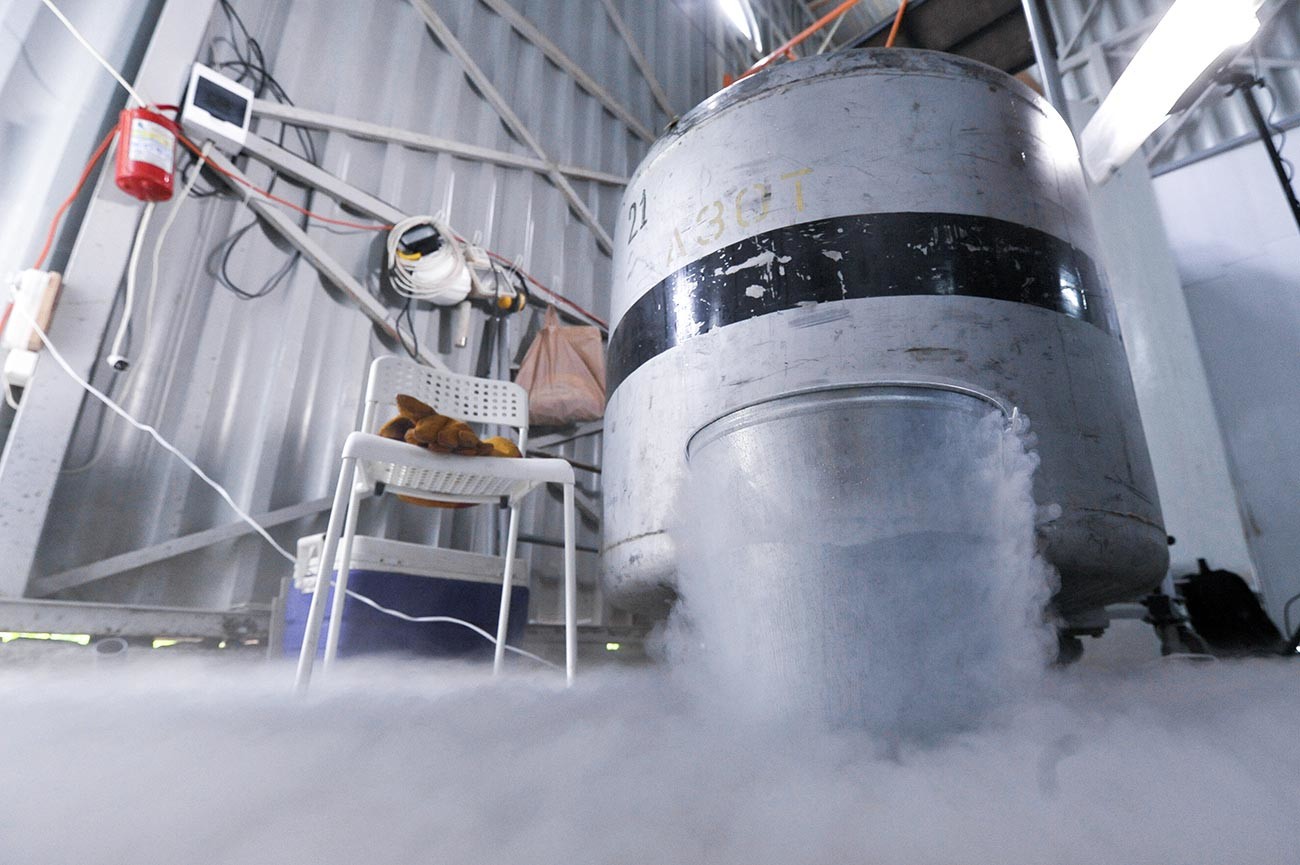 Throughout the years, cryogenic freezing has only been gathering steam. The company has offices in St. Petersburg, New York, Milan and South Korea and has been receiving 150 calls a month on average from prospective customers. They even had people owing them money. “One of our patients died in Britain and was transported into storage. His son paid the first instalment - 15 percent - and is now selling his mansion in India for $300,000 to settle the remainder.” Udalova said in April, 2019. 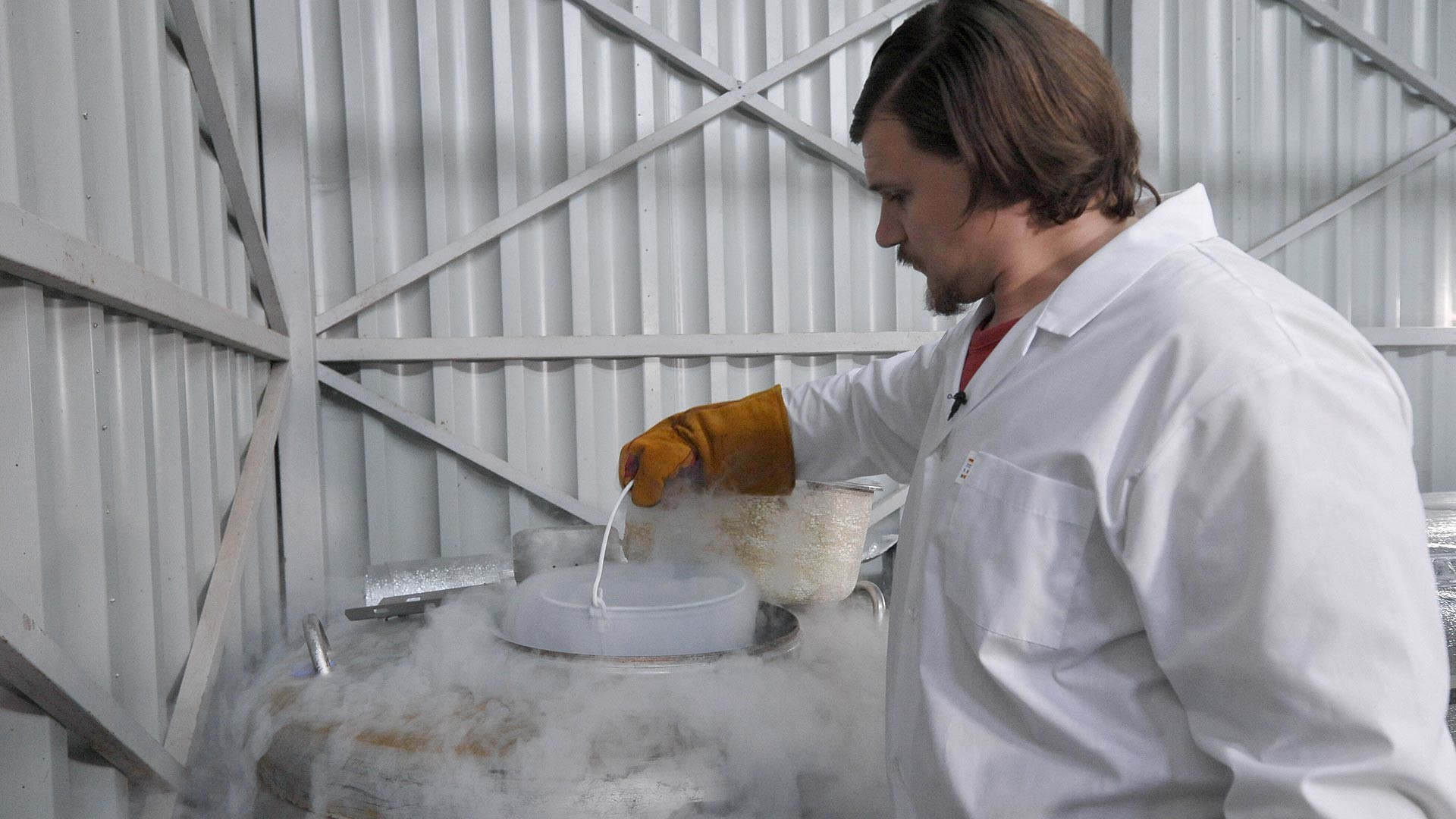 The first general director of the company was Medvedev, Udalova’s ex-husband. In 2009, he stepped down from the role of CEO and Udalova took his place. However, in 2019, there was an attempt to let her go, because the partners weren’t satisfied with the growth of the company.

“The point of cryonics is to develop technologies for a more quality preservation and even rejuvenation in future. So the cryo firm must spend approximately half of its revenue on scientific research, while Valeriya was spending it on regular expenses. We were raising obvious concerns, how, in 10-15 years of operation, the quality of the preservation did not improve,” Mevedev explained.

Valeriya, however, refused to leave, despite the vote not being in her favor. Nor did she agree to give up control of the company’s accounts. The meeting discussing this revealed some additional surprises. “It was a classical takeover scheme - only in an innovative sphere, such as cryonics,” said one of the founders, Aleksey Samykin.

“She decided to go all in and steal the patients”

As it turned out, by the time the meeting took place, Udaloca had already transferred part of the contracts to her own, new enterprise and pawnd a two-bedroom Moscow apartment in order to use the money for a new storage space - according to Medvedev, it was somewhere “in the middle of nowhere in Tver Region”.

A day before the meeting, Udalova also transported half the bodies (read “just the brains”) from storage outside Moscow to a liquid nitrogen factory in Tver, until the new storage space was finished. 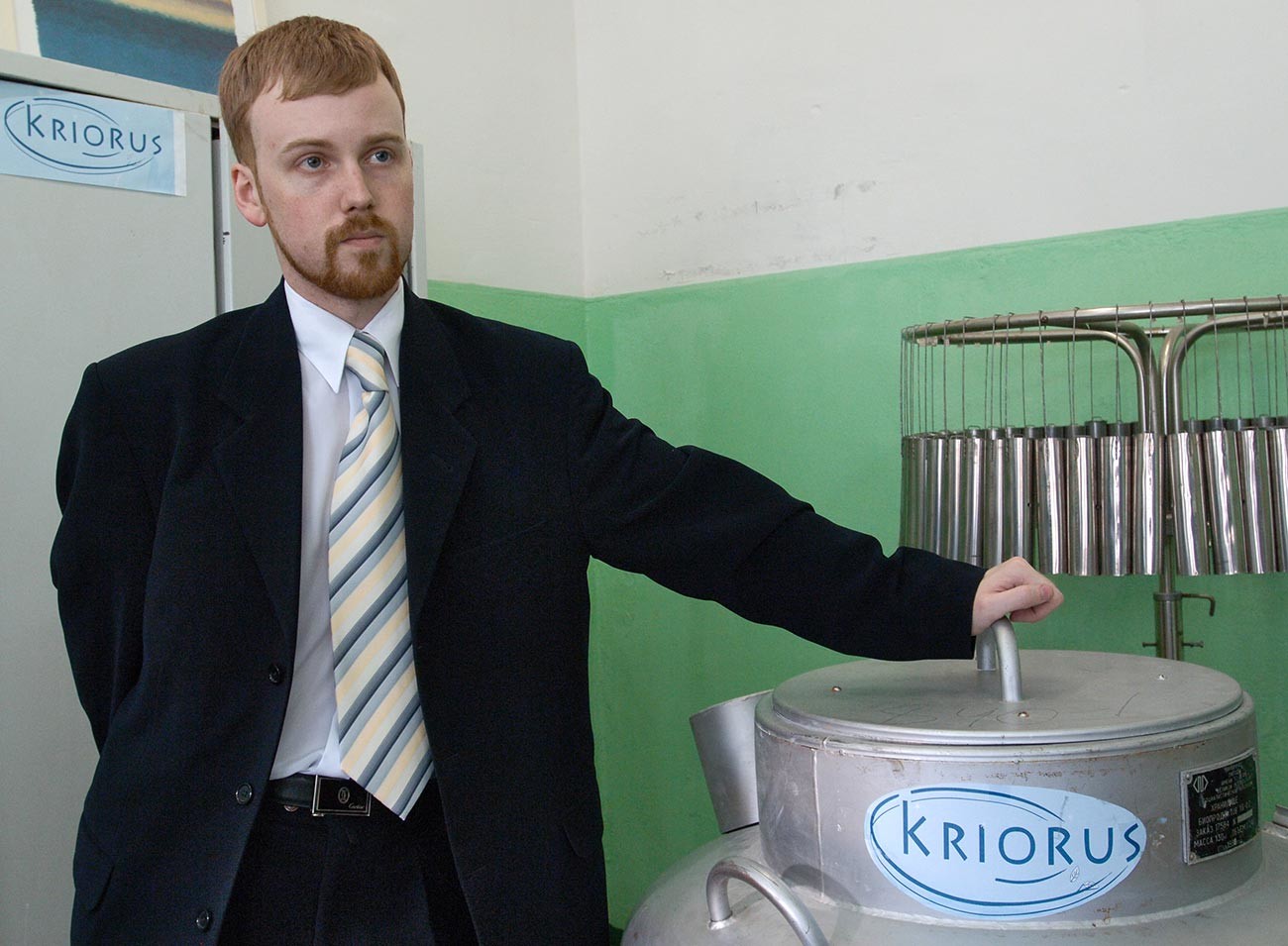 Having found out, the co-founders took Udalova to court, hoping to quickly resolve the corporate conflict. However, in 2020, the coronavirus pandemic struck and the process was stalled. In March 2021, Udalova, using the KrioRus name, sued her ex-husband, trying to lay claim to the website domain and receive compensation to the tune of five million rubles (approx. $69,000). The court threw out her claims and an appeal was likewise denied.

“So, Valeriya decided that if she doesn’t do something, control would be taken away from her, so she decided to go all in and simply steal all the dewars,” Medvedev said.

“We’re now trying to ascertain whose brain this is”

Medvedev believes that his ex-wife stole the patients and the equipment (which was under his name) from storage, which no longer belongs to her: “Valeriya no longer pays rent for it and, also, she does not provide any money or liquid nitrogen for the maintenance of the cryonics facility. We are now maintaining the cryonics facility with the help of the relatives of some of the patients and with our own funds,” he wrote in a Telegram chat.

Udalova denies all charges: “We didn’t steal anything - it was the company that decided to move the equipment onto another territory of theirs.” She claims that the rental agreement for the space was under her name, while her husband fabricated the one pertaining to the ownership of the dewars, changing it to his name. It’s up to the court now to decide whether any of this is true.

The police that apprehended Udalova in September, together with dozens of frozen bodies, decided that the dewars must be returned to the place they were taken from. Medvedev then, together with another cryonics activist, registered new firm called ‘Otkrytaya Krionika’ (“Open Cryonics”) which does pretty much the same thing as KrioRus. In doing so, he regained control of half of the cryo patients’ bodies.

However, the damage to the patients and the storage containers remains to be assessed. The lost nitrogen alone is estimated to be worth 250,000 rubles (approx. $3,500). And that’s beside the damage to the reputation of Russian cryonics. Aside from the “smoking” trucks, a barely noticeable ‘Gazel’ minivan was stopped. It did not contain bodies, but did contain the brain of one of the customers - and no one knows which one. “We’re currently attempting to ascertain whose brain this is, as there were no papers for it in the storage facility,” Medvedev said.