Who is Nona Gaprindashvili? And why is she suing Netflix over The Queen's Gambit? 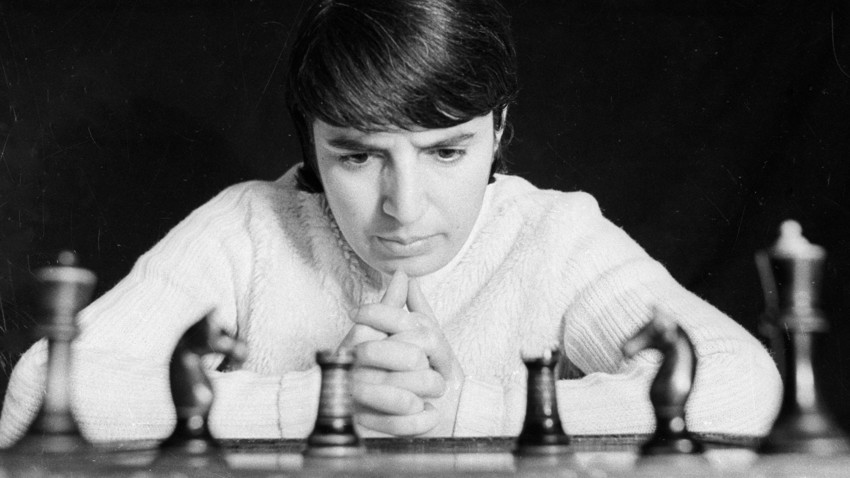 Saakov/Sputnik
She’s a living chess legend, the first woman to receive the title of grandmaster among men. How did she do it?

In the final episode of The Queen's Gambit, the most-watched Netflix series of 2020, chess player Beth Harmon takes part in a tournament in Moscow, the only woman competing. The off-screen announcer delivers a character assassination: “The only unusual thing about her, really, is her sex, and even that’s not unique in Russia.” The announcer then recalls another woman chess player: “There’s Nona Gaprindashvili, but she’s the female world champion and has never faced men.”

Beth Harmon, like her struggles in the exclusively male chess world of the late 1960s, is a fictional creation. Unlike the Soviet-Georgian Nona Gaprindashvili. Now 80 years old, she lives in Tbilisi. Gaprindashvili was the first female chess player to take the title of grandmaster among men. By 1968, when the above episode was set, far from having “never faced men,” she had played more than 50 top male players. 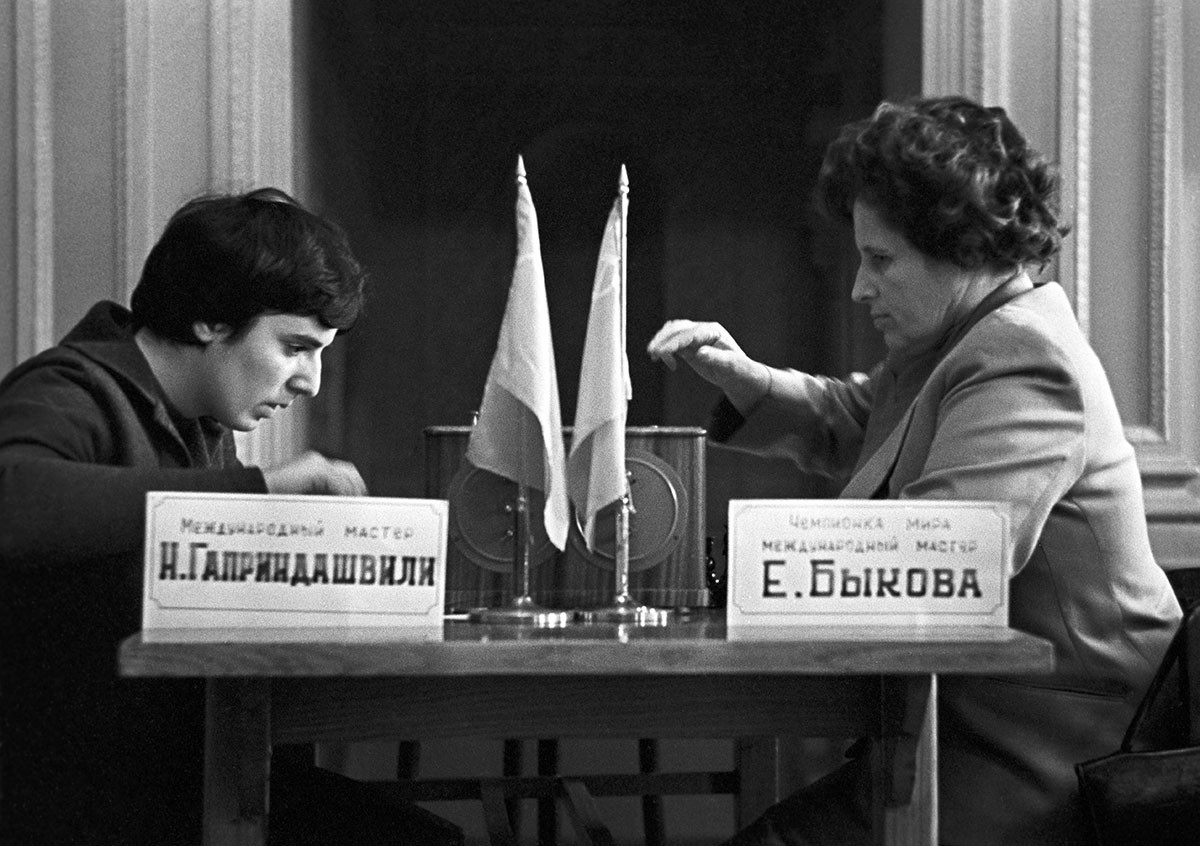 When Nona Gaprindashvili found out that the series creators had skipped over her many successes, she decided to sue them for $5 million. The lawsuit claimed that Netflix “blatantly and wilfully lied” about her achievements “with the cheap and cynical purpose of amplifying the drama.” One thing is indisputable: Nona Gaprindashvili has so many achievements that they could form the basis of an entire spin-off.

The girl who caused a stampede

The real Gaprindashvili began playing in tournaments at the age of 12, and even then she competed with the opposite sex. True, she entered her first tournament by accident. Her brothers, who taught her to play chess, dominated the chess scene in the city of Zugdidi, Georgia. When one of them fell ill and couldn’t compete in a local tournament, Nona sat down at the board instead of him.

She quickly checkmated her opponent, who was a couple of years older, thereby attracting the attention of coach Vakhtang Karseladze, founder of the Georgian women’s chess school, the strongest in the USSR (Gaprindashvili would go on to represent the Soviet women’s team, which consisted solely of Georgian players, at the Chess Olympiad ten times).

Karseladze persuaded Gaprindashvili’s parents to let her study in Tbilisi, and at 14 she moved. He first taste of real glory came just a year later. At an adult tournament, the young girl defeated her rivals one by one and became the champion of Georgia. 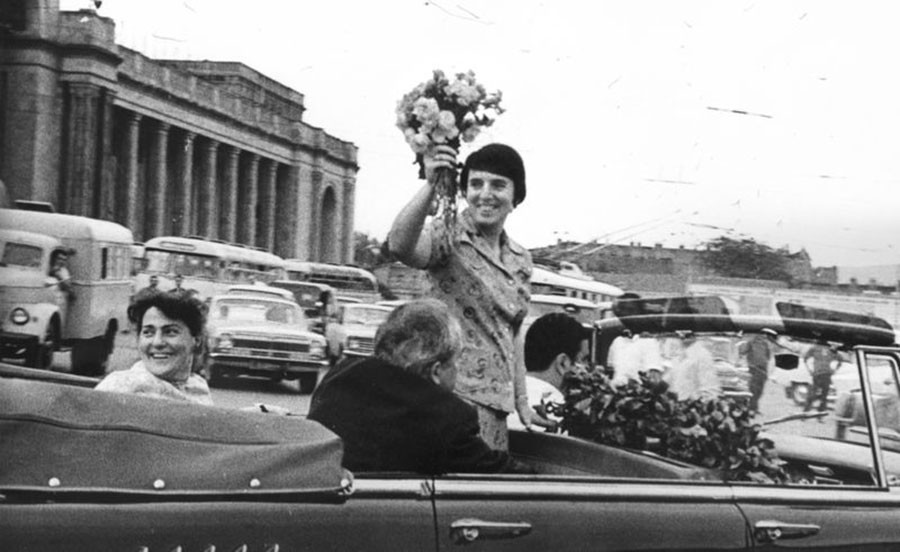 Nona Gaprindashvili in Tbilisi after winning the 1962 World Cup

In 1962, she took part in an international tournament in Moscow, where she became the fifth female world chess champion. “I was returning home by train. As soon as we entered Georgia, the train began stopping for at least two minutes at every station, even where it wasn’t scheduled to. There were people everywhere, and I greeted them on the platform. When I arrived in Tbilisi, it was pandemonium. My father even lost his shoes in the crush when he came to meet me,” Gaprindashvili recalled.

Having won the title of international women's grandmaster, she set herself the goal of winning a men’s competition.

Gaprindashvili spent hours studying strategies and tactics, which won her a reputation as a highly versatile player, equally strong in tactics and positional play.

“It’s always good to test yourself against strong opponents, which is why I started playing against men,” she said. “To begin with, they all wanted to play right to the end, they wouldn’t agree to a draw. According to the rules at that time, the games were postponed and we had to finish them the next morning.” 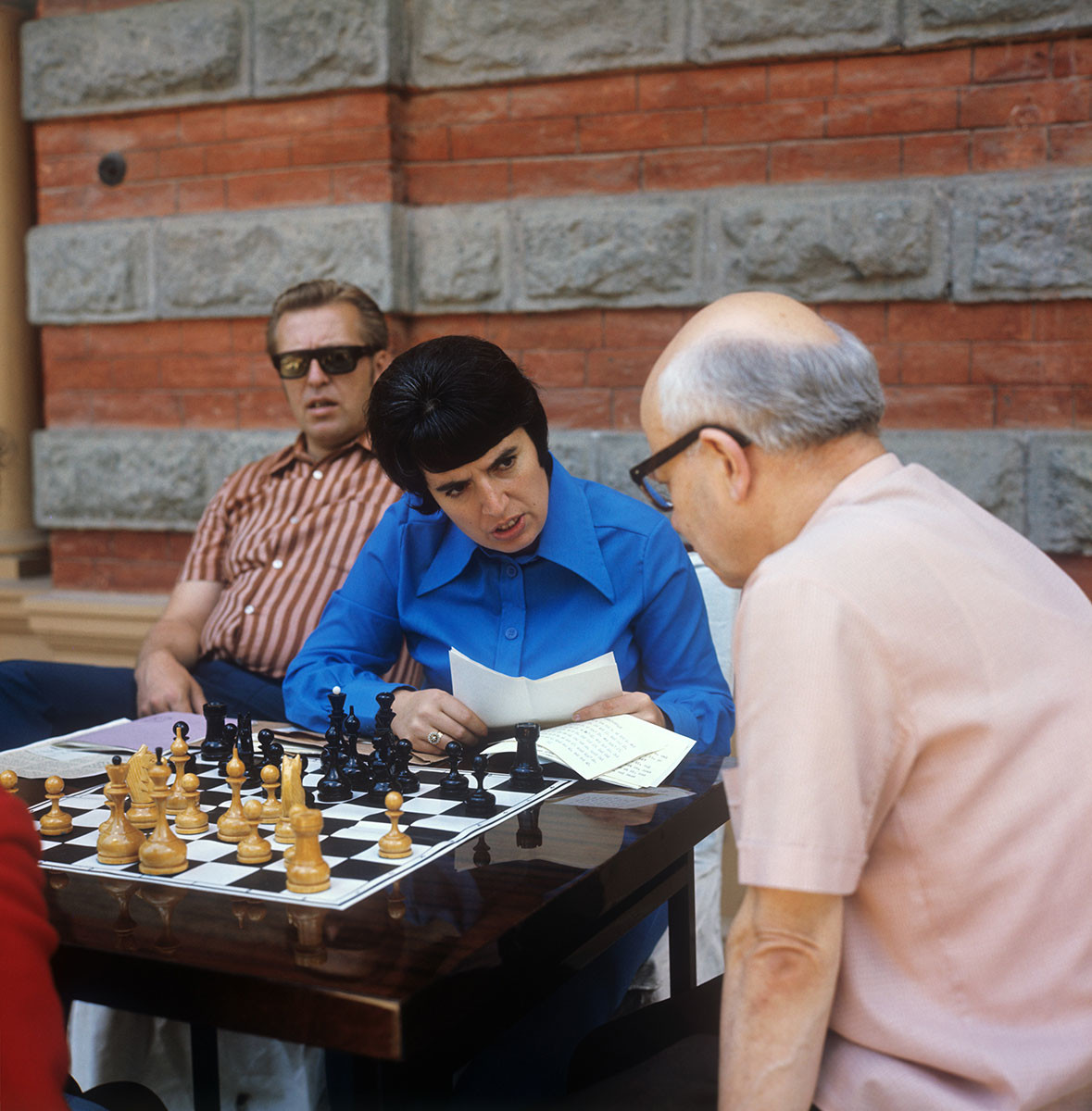 Nona Gaprindashvili with her coaches, 1974.

They didn’t do it solely out of love for the game. “Even a draw against a woman wounded their pride, so they battled bitterly till the end,” she believes. This is confirmed by chess master and FIDE arbiter Maria Fomkina: “There was the so-called ‘Gaprindashvili club’ for men who had lost to her. They fought tooth and nail not to join it. They didn’t mind losing nine games in a row, just as long as they beat her.”

Gaprindashvili herself was quite content to play out all her matches, even when she had already won the tournament. As a matter of principle. When she won her first world championship, she was immediately invited to an international chess tournament in Hastings, England, after which invitations to tournaments flowed in thick and fast. She achieved her goal in 1977 at the Lone Pine International in the US, and became the first woman to be awarded the title of international grandmaster among men shortly thereafter.

Superstar on the breadline

There is a famous photograph of Nona Gaprindashvili playing against28 opponents, all men, at a simultaneous exhibition in Dorset, England. The year is 1965. 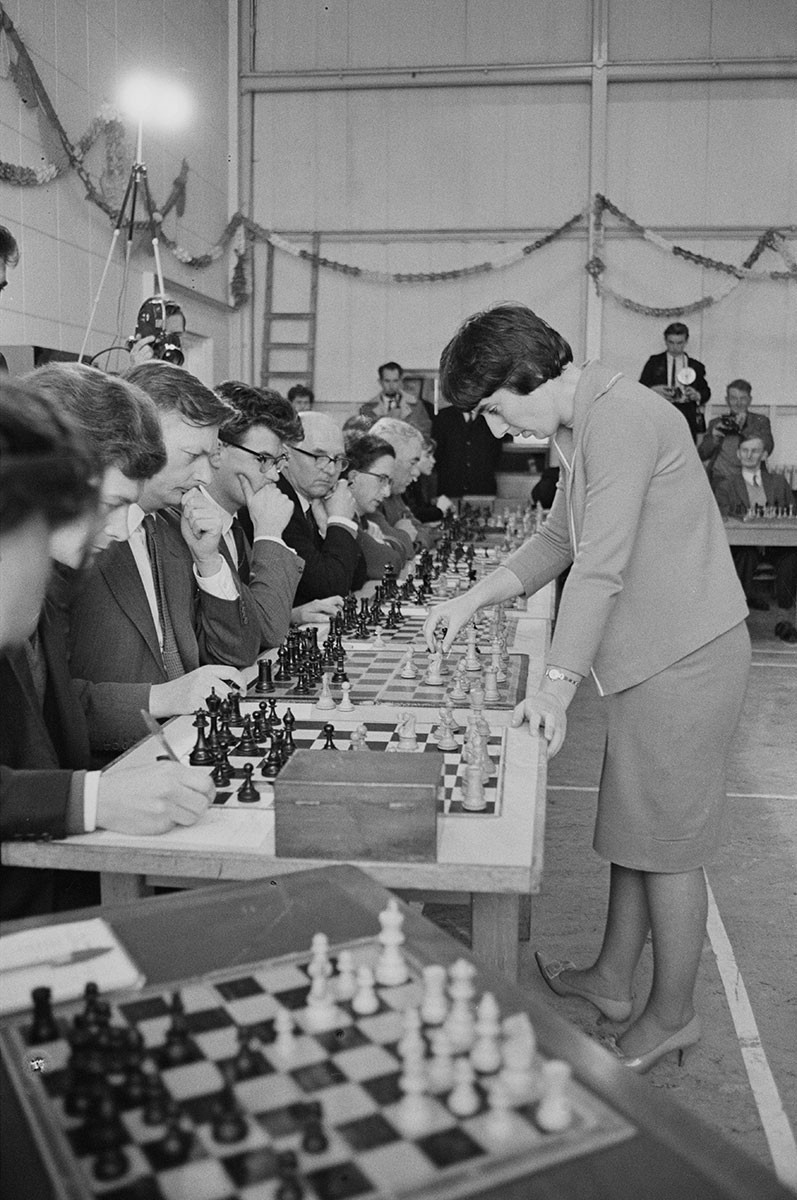 Nona Gaprindashvili playing against 28 men at once in Dorset, UK, 11th January 1965

Even more impressively, at one exhibition game in Georgia, she took on no fewer than 38 people (up to 20 was considered the norm). “I see 38 young guys all sat at chessboards, and think to myself: ‘Hell, I’m going to have to walk miles!’ But I couldn’t refuse any of them. In the end, it wasn’t difficult. I quickly starting beating them and reducing the number of boards.”

Such displays turned Gaprindashvili into a chess superstar. Back in her native Georgia in the 1960s, it provoked a veritable boom in women’s chess. Young girls began going to chess clubs with phenomenal results. For over three decades, Georgians dominated the chess world. Nona Gaprindashvili herself wore the chess crown for 16 years, and was also the first winner of the women’s Chess Oscar, an international award given annually to the best player. She won the World Chess Olympiad ten times as part of the Soviet national team during the period 1963-1986. 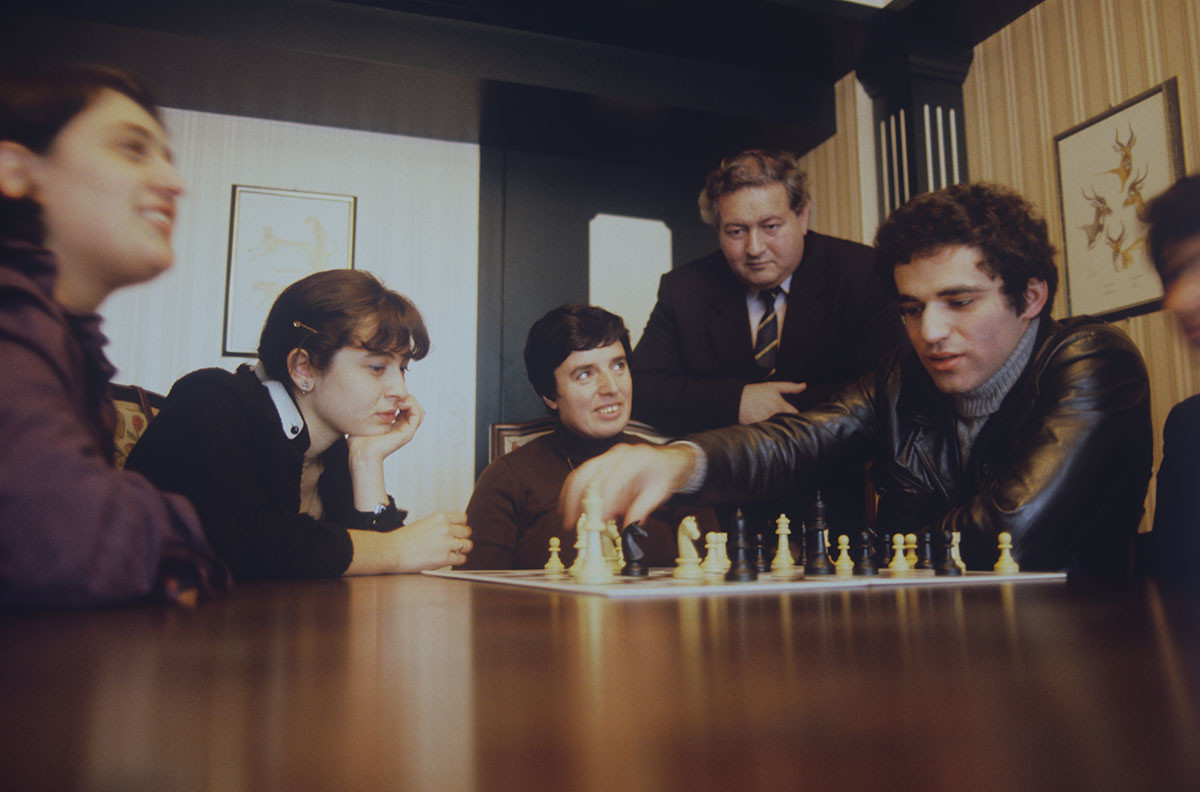 But even such victories did not let her live the high life. For her last world championship title, Gaprindashvili received 900 rubles ($657 at the then exchange rate): “We received salaries that barely covered a month. And half of all we got for victories abroad had to be handed over [to the state]. I couldn’t even afford an apartment until the state allocated one to me.” Her travels abroad were also strictly regulated. Despite being the world champion, she was not allowed abroad more than twice a year, although she was flooded with invitations.

After the collapse of the USSR, she began to play for Georgia, and still does to this day. The Tbilisi Chess Palace was built in the Georgian capital in her honor. “My chess life isn’t over yet. I gladly accept invitations to various tournaments, but generally for veterans. There’s no point competing with the young at my age, you can’t cheat nature,” she says.