Can Russian Orthodox priests get married? 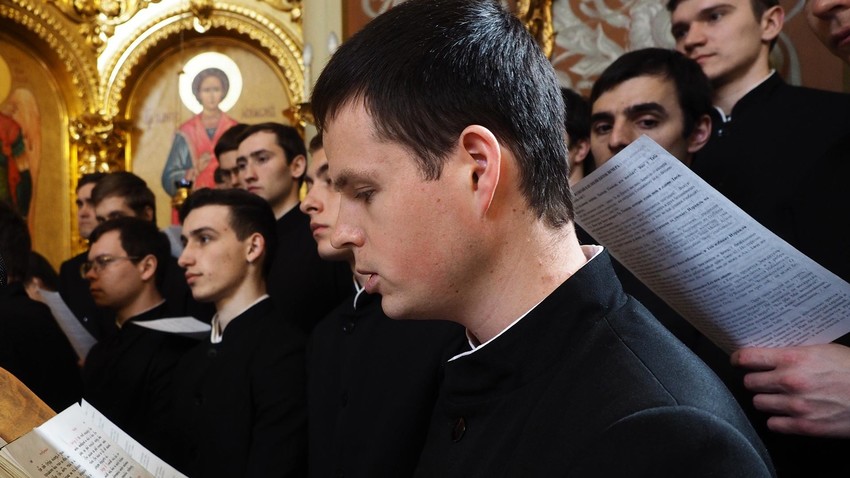 Vitaly Timkiv/Sputnik
The Russian Orthodox Church has a complex hierarchy. Let's find out which members of the clergy are allowed to have a family.

In the Russian Orthodox tradition - unlike in the Roman Catholic Church - priests can be married. But not all of them. How do graduates of Russian theological academies choose their path in life? After graduation, they can choose between continuing to serve God as a member of the so-called ‘white’ or ‘black’ clergy. The former must marry and serve as parish priests, while the latter become monks. 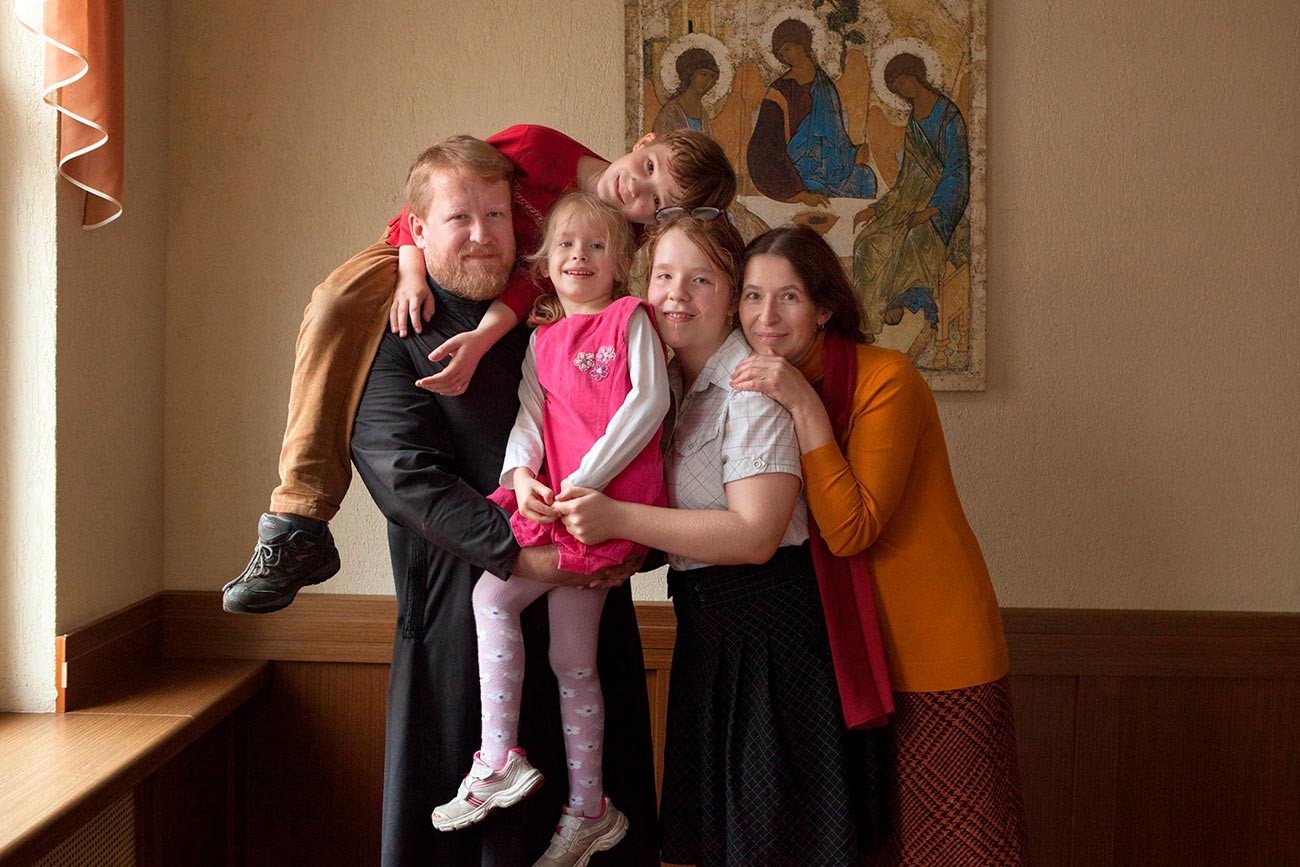 Priest of Moscow's St. Cosma and Damian Church with family

“When does this decision need to be taken? There is no pressure here,” says the rector of the Moscow Theological Academy, Bishop Feodorit of Zvenigorod. “Some join the seminary already as mature men with a certain life program: first to study and then to serve God in a parish or in a specific monastery; for example, where they already served as a novice. Some are still thinking. Some, unfortunately, even in their final year of the seminary do not yet know what to do next."

What is the difference between ‘white’ and ‘black’ clergy?

Members of the ‘black’ clergy, i.e. monks, take three vows: chastity, obedience and poverty. They are not allowed to marry but they have the prospect of moving up the career ladder within the Russian Orthodox Church. They can subsequently become bishops, metropolitans and patriarchs - that is, ascend to the top of the Church hierarchy.

Traditionally, it was believed that only a monk's life could lead one to real righteousness and the heights of spiritual life, perhaps, even sainthood. In the history of the Russian Orthodox Church, there was only one case when a member of the ‘white’ clergy was canonized -- the prominent 19th century saint, John of Kronstadt, who had a tremendous impact on life in Russia at the turn of the century. However, even though formally married, St. John of Kronstadt in effect chose the monastic path and followed all its rules: he treated his wife as a sister and did not have sexual relations with her.

Members of the ‘white’ clergy are expected to get married, in line with Russian Orthodox Church tradition. They become parish priests and must have as many children as God gives them.

Only in the most extreme cases are priests allowed to divorce; officially, adultery is the only reason for divorce recognized by the Church, but each case is treated individually. However, divorced priests are defrocked. A widowed priest cannot remarry.

The traditional image of a Russian priest, Batyushka (father), is that of a bearded man in a cassock, with numerous children. His wife is called Matushka (mother), who wears a long skirt and a headscarf. A future priest can have his wife chosen for him, and she must certainly gain the approval of senior priests. 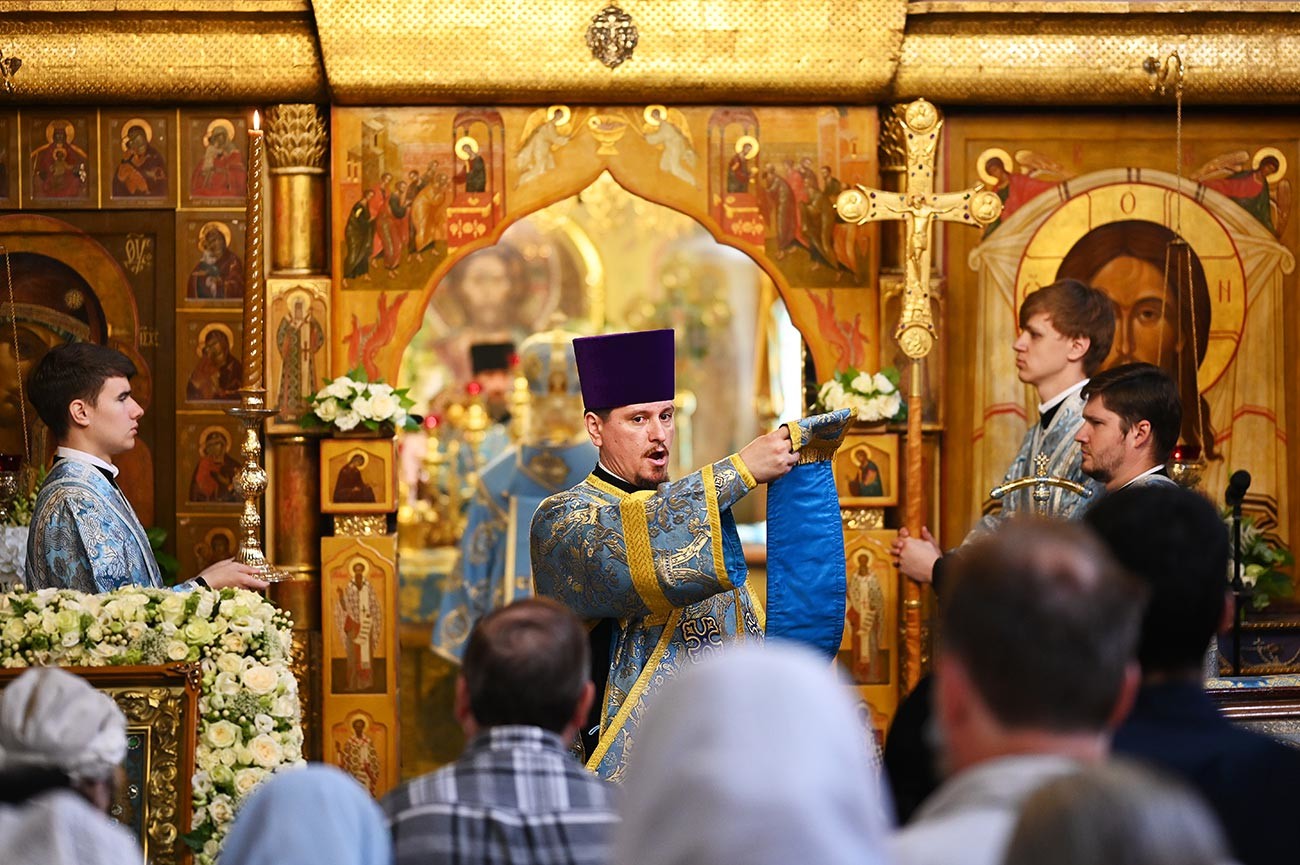 Even now, seminary students who are planning to get married have to pass a short interview with the rector - a kind of test. Sometimes a young couple must wait before they are granted approval, which is seen as a test of their feelings for each other and the strength of their intentions.

“It is a very ancient tradition, and there have been cases when the rector asked a couple to wait for six months, and after six months they broke up,” says a graduate of the St. Petersburg Theological Academy.

For a priest, marriage is not so much about personal happiness, since in his family life he also must first of all serve God. That is why he does not wear a wedding ring; first of all, the priest is “betrothed to the Church,” and not to his wife. Even if a man was already married before being ordained, when he becomes a priest his wedding ring is removed from his finger. This symbolizes that now he does not fully belong to himself or to his family, because the main mission of an Orthodox priest is to serve God and his flock.

Matushka, the wife of a priest, traditionally assumes an important role, helping her husband with his parish work - doing charity work, or heading the church choir. However, not all matushkas are obliged to devote themselves to the Church. In the modern world, they often have university degrees and are, generally speaking, quite progressive women. They are no longer silent creatures standing behind their husbands' backs.

For example, Matushka Alina Babkina, the wife of a Moscow priest, runs a fairly popular TikTok channel with some 35,000 followers. She uses it to debunk stereotypes about priests and religious life, and to answer questions, even quite sensitive ones, for example, about her and her husband's attitude to contraception and family planning.

Alina's followers are often surprised to see that she doesn’t wear a headscarf, an item which is traditionally seen as a must for a priest's wife. Alina shows that it is far more important not to conform to a set image, but to have love in her family and even a division of duties.

"When two people know each other, they know their strengths and weaknesses,” Alina said in an interview with Radio Vera. “And I can be sure that if I am ill or am not feeling well then my husband will get up early, make porridge for our child, slice an apple into it, and everyone will be fed."

Or take, for example, Matushka Anna Kuznetsova, a mother of seven who took up politics. For several years, she served as the Children's Rights Commissioner in the Russian President’s office, andis now a member of the State Duma, the lower house of the Russian parliament. 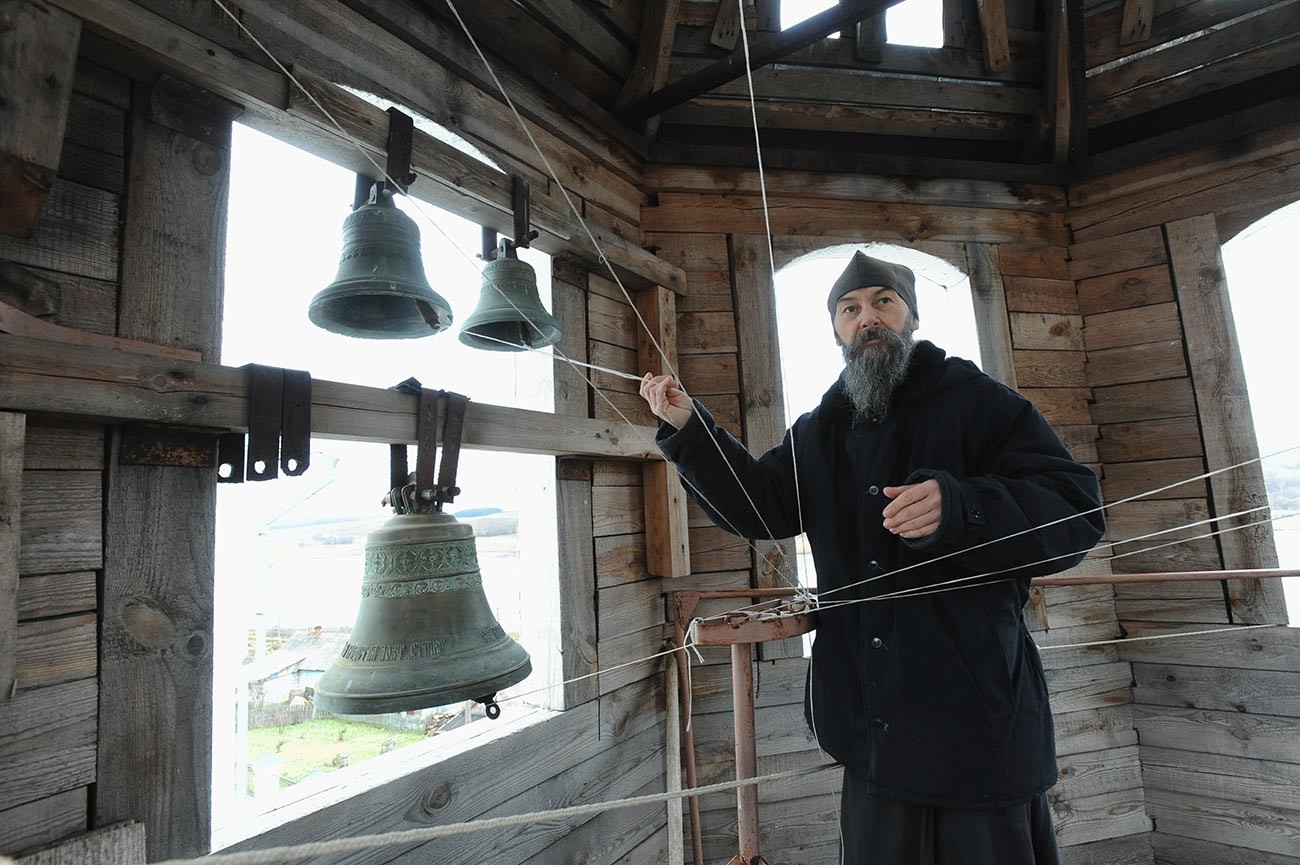 The classic model of a church career looks like this: studying in a seminary, choosing one's path, and serving in a church or a monastery. However, 70 years of atheism in the USSR and the Church's revival in the early 1990s introduced some changes to the traditional career path.

At the time, priesthood or monastic life was often chosen not by young men following a calling, but by already mature men - engineers, teachers, chemists, etc. Each had his own past, including a family. That said, a man who has a family and small children or dependents cannot become a monk since this path is open only to men unencumbered by such obligations.

Many spiritual leaders of Russian Orthodox Christians have very interesting life stories. For example, the famous preacher Father Alexander Men became a priest after having been expelled from the Fur-and-Down Institute. At that time, he was married and independently completed his studies at a theological academy. 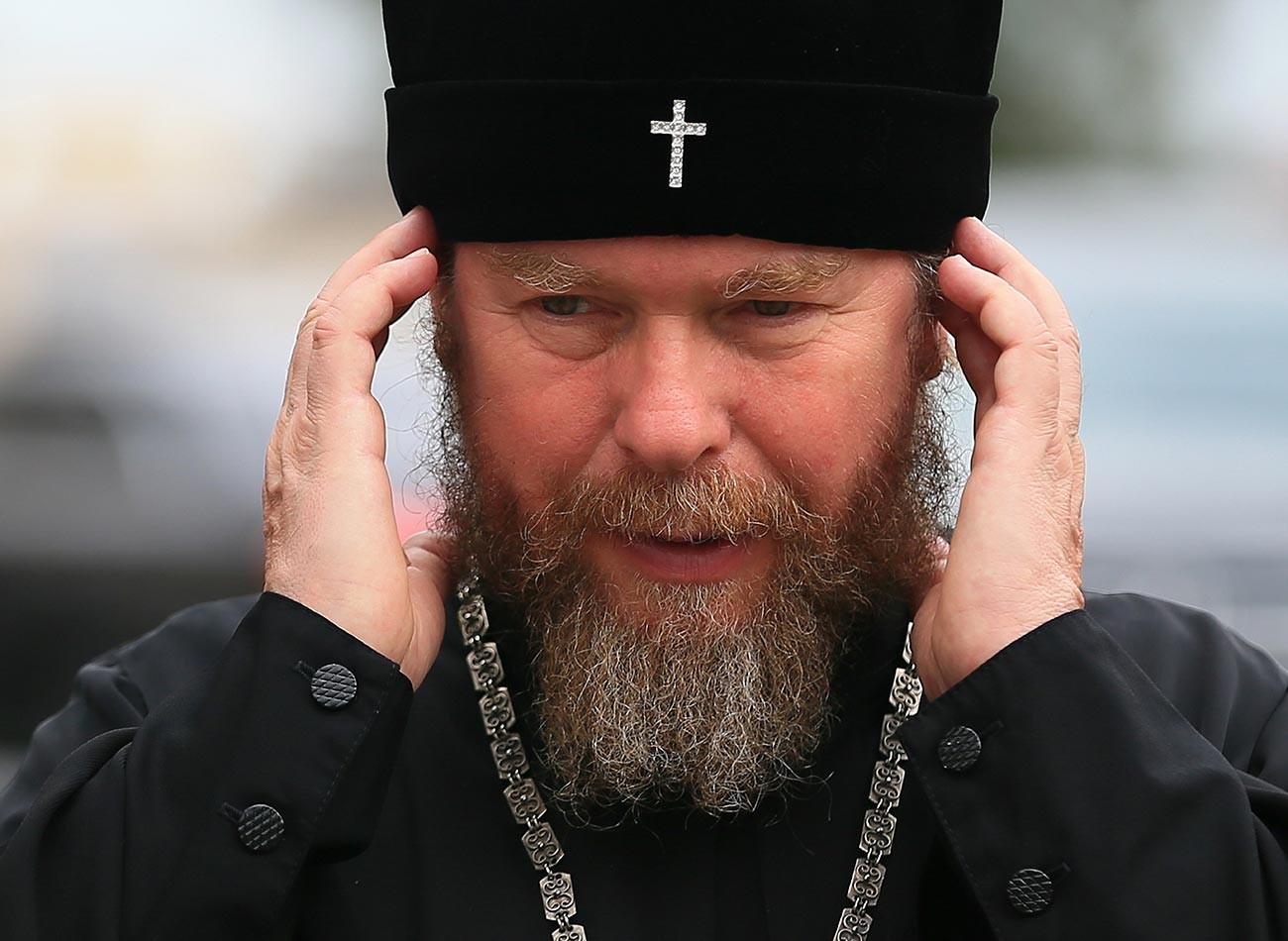 Another notable example is Metropolitan Tikhon Shevkunov, who is often referred to as “Vladimir Putin's spiritual guide”. As a young man, he graduated from the Institute of Cinematography, and only after that was he baptized into the Orthodox Church in the 1980s. He served as a novice in a monastery and became a monk in the 1990s, later rising to the rank of the hegumen of the revived Sretensky Monastery in Moscow.

Strangely enough, only after that did Shevkunov graduate from the seminary. Moreover, he was appointed rector of this seminary! Today, he’s a well-known figure in the Church, chairman of the Patriarchal Council for Culture and a popular author; for example, his collection of stories, Everyday Saints, has been translated into several languages.