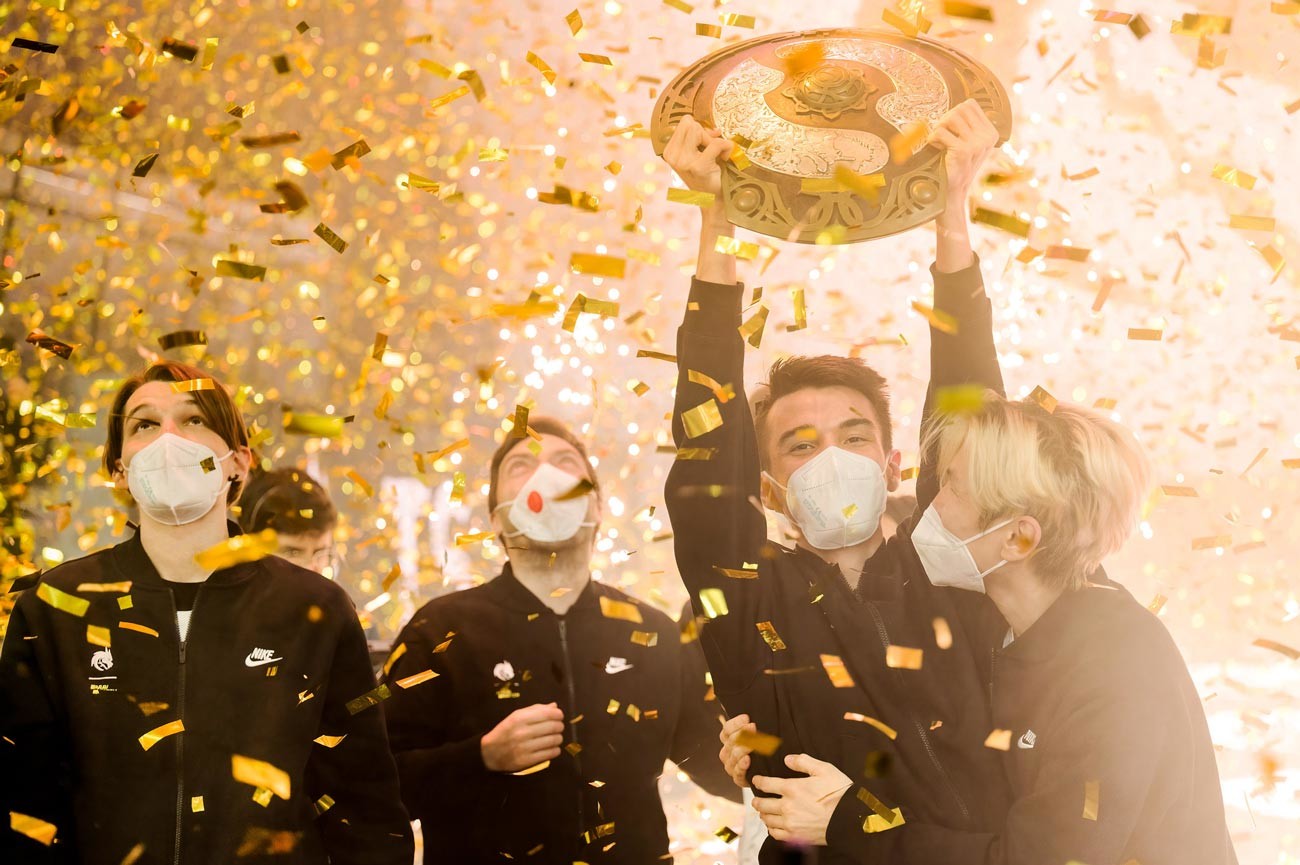 Dota 2 The International
A waiter, a model and a future doctor quit their day jobs and studies for their love of gaming. And for good reason, it seems! For the first time, a Russian cyber sports team has won the international Dota 2 tournament, receiving more than $18 million in prize money.

“What a story, what a run, what a dream!” the host shouts into the mic, amid exploding confetti, as five young people take the bronze and silver Aegis of Champions shield with their names inscribed on it off of the pedestal. One of the men raises the shield over his head, as another is sitting down, his face in his hands, still in disbelief at what just happened. 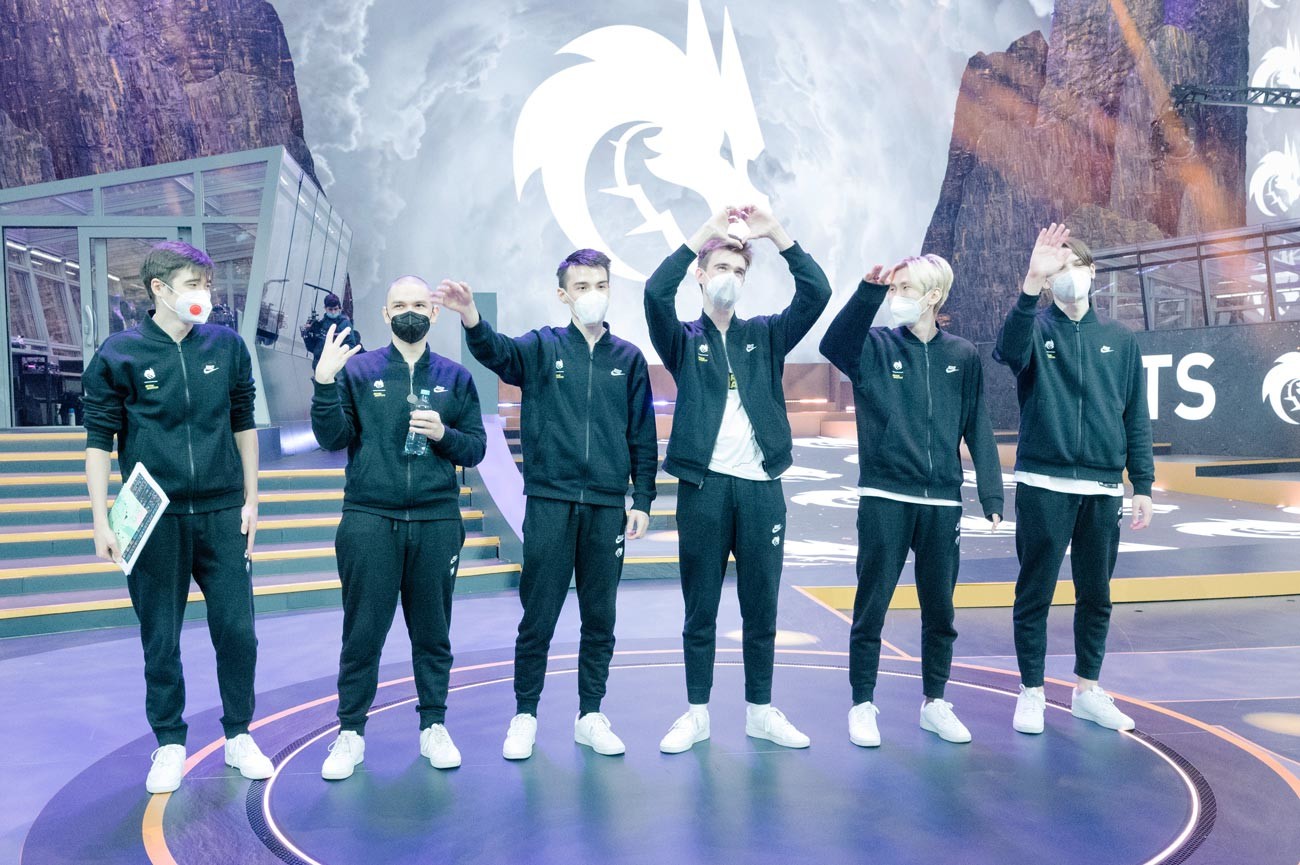 This is what the award ceremony looked like for Team Spirit, the cyber sports team who took first prize at ‘The International’ -  the main global event dedicated to Dota 2. The Russians had to battle the Chinese PSG.LGS team, winning with a score of 3:2. This is the first time in history that a Russian team has won the tournament.

The final makeup of the team was only decided in early 2021, which resulted in very few people believing in it. However, thorough preparation worked in their favor, according to Pavel Golubev, the director of the Association for the Development of Cyber Sports.

“It’s like winning a soccer championship or any other prestigious kind. Participating in the tournament is the dream of every cyber sports player and athlete alike. It’s not simply meaningful - but a supermeanignful happening,” Golubed explained.

The majority of the participants will spend their prize money on real estate. Russian social media users immediately reacted with memes.

“Five guys just got 18.2 million dollars playing Dota 2. How are things at the office, fellas?” a user commented.

Welcome banners and congratulations awaited the players on arrival at Moscow’s Vnukovo Airport.

Finally, even the big man himself, President Vladimir Putin, congratulated the team.

“On the way to the finals, you demonstrated strong leadership qualities and cohesiveness, while in the final battle - which became a real test of mastery and strength of character, you managed to focus and reverse the lead against strong opponents in the decisive moment,” the Russian president said.

Visualizing victory and getting burgers

Yaroslav ‘Miposhka’ Naydenov, the captain and the oldest member of the team, already competed at the 2017 championship as part of a different team. He then made it into the top 10 best players and was considered a promising captain, but that fame would be short-lived: in 2019, he was struck with depression. 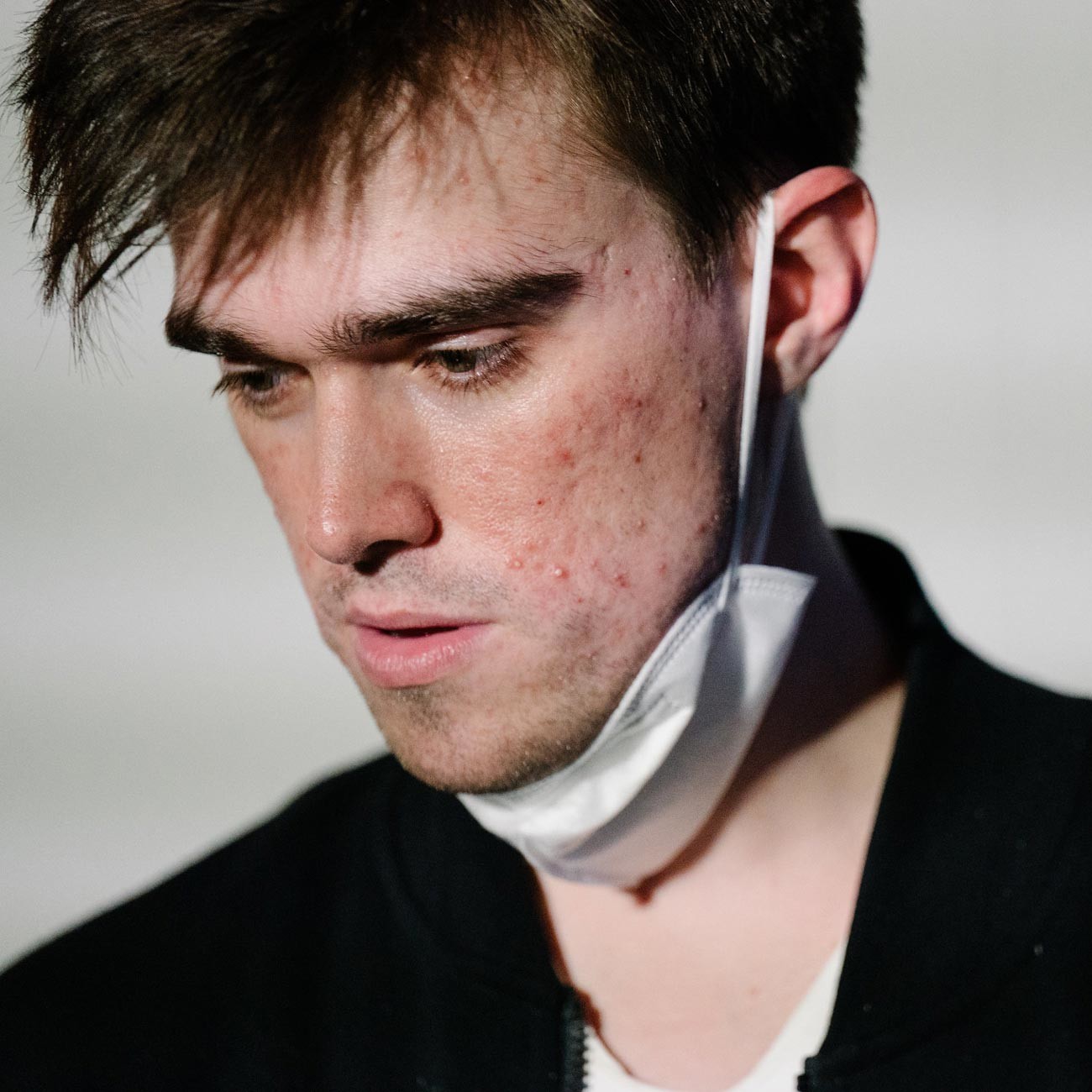 “At one point, I was sitting in an empty rental apartment in St. Petersburg. There was this gnawing atmosphere all around: a mattress, a desk with a computer and a sink in the kitchen, which was in need of renovation. I would wake up and just sit, doing nothing for four hours. And I played with varying results, always experiencing a feeling of guilt. It was the toughest period of my life,” Naydenov remembered.

A year later, he made it into Team Spirit and shared a video on Twitter, where he excitedly devoured a burger and talked about his secret to success. 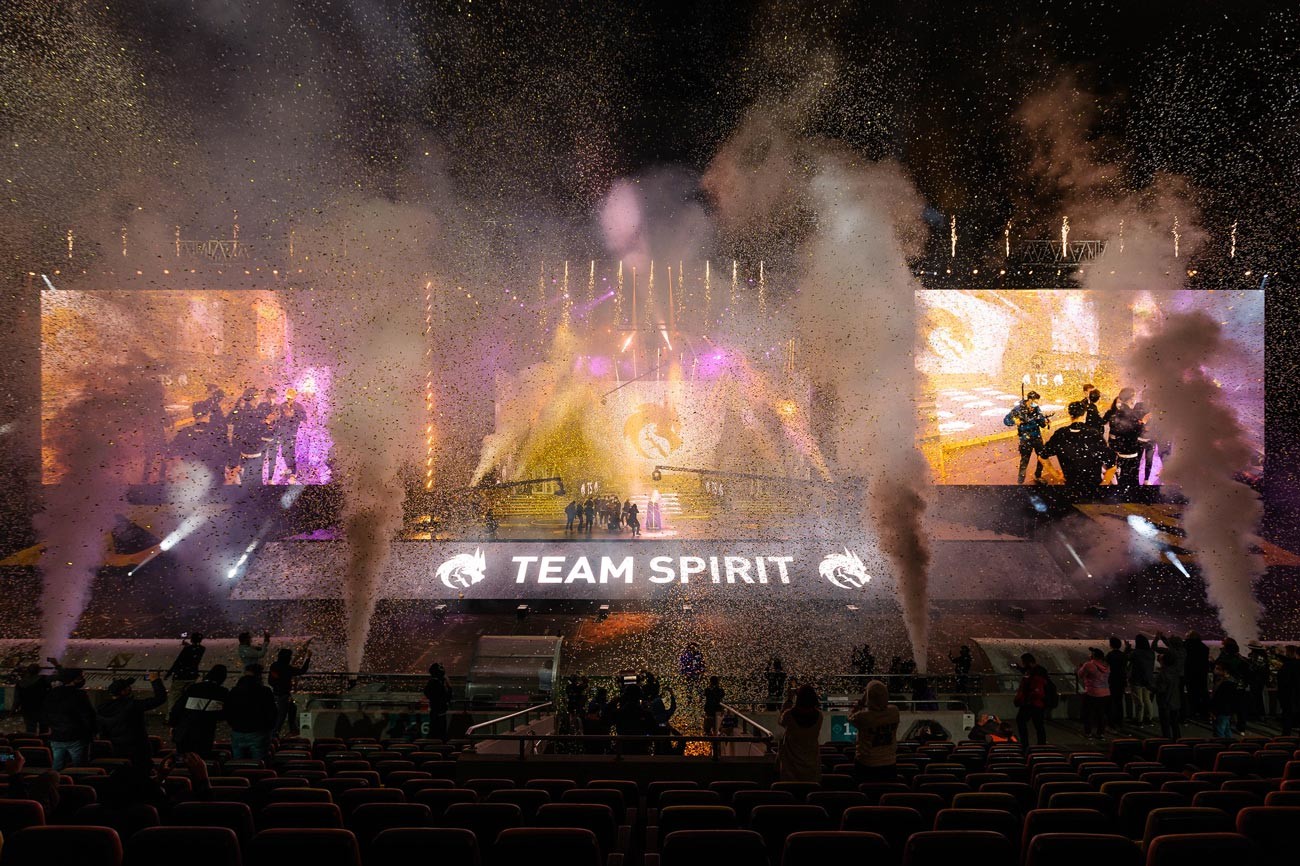 “It’s not just about the burger… Each time before going to sleep, I envisioned myself winning and tried to picture my emotions… like, really visualized it constantly. Perhaps, that’s what made the difference,” Yaroslav said.

Working at 13 and sacrificing to the Dota god

The youngest member of the team, Ilya ‘Yatoro’ Mulyarchik, is only 18 years old. He started playing Dota in 2013, and soon began skipping class in favor of the game. 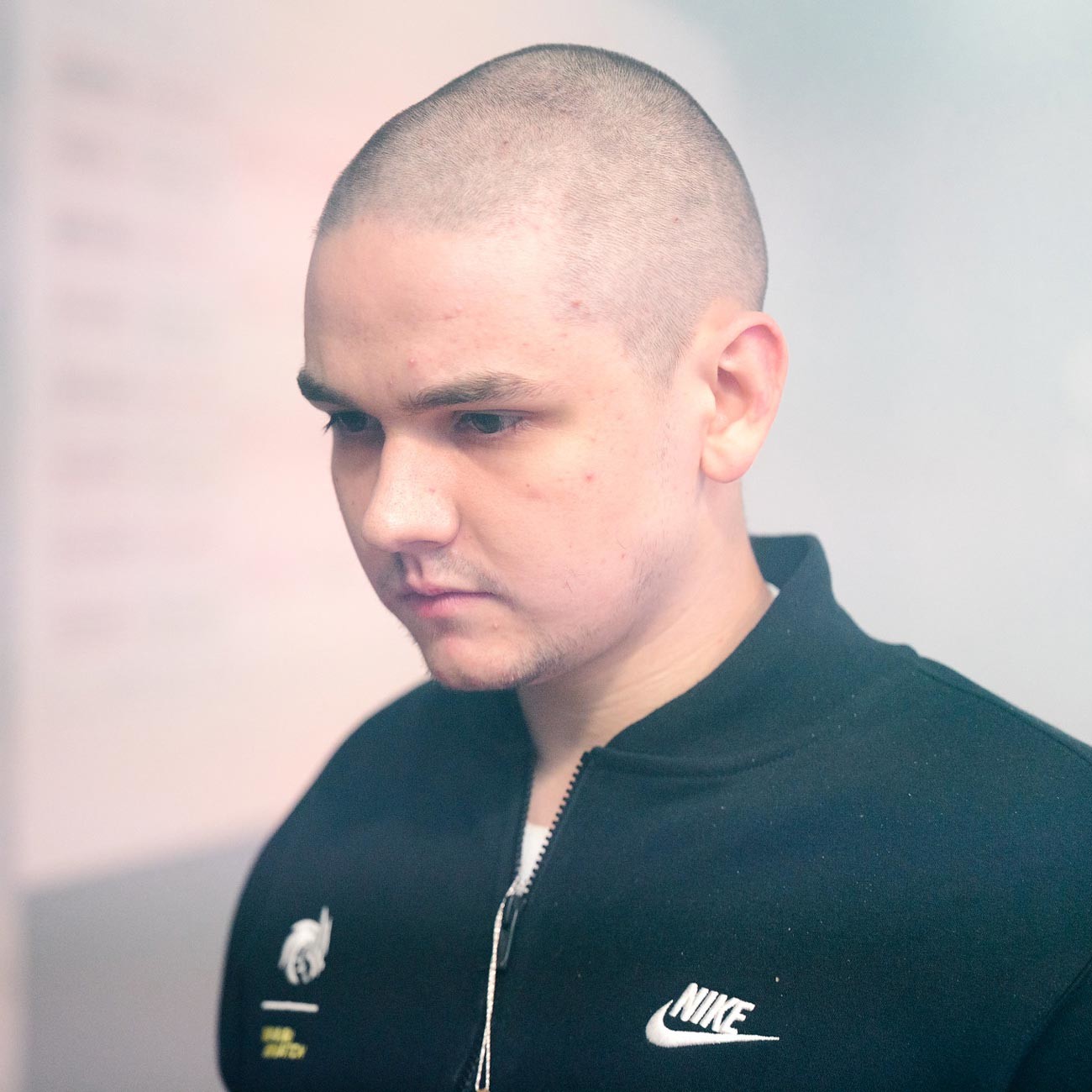 He simply couldn’t manage getting up at 7 am as he’d be up playing until 4 in the morning. He handled his parents’ complaints quite directly: “At least I’m sitting at home playing on my computer, instead of roaming the streets and smoking.” According to Ilya, his parents found the excuse satisfactory. 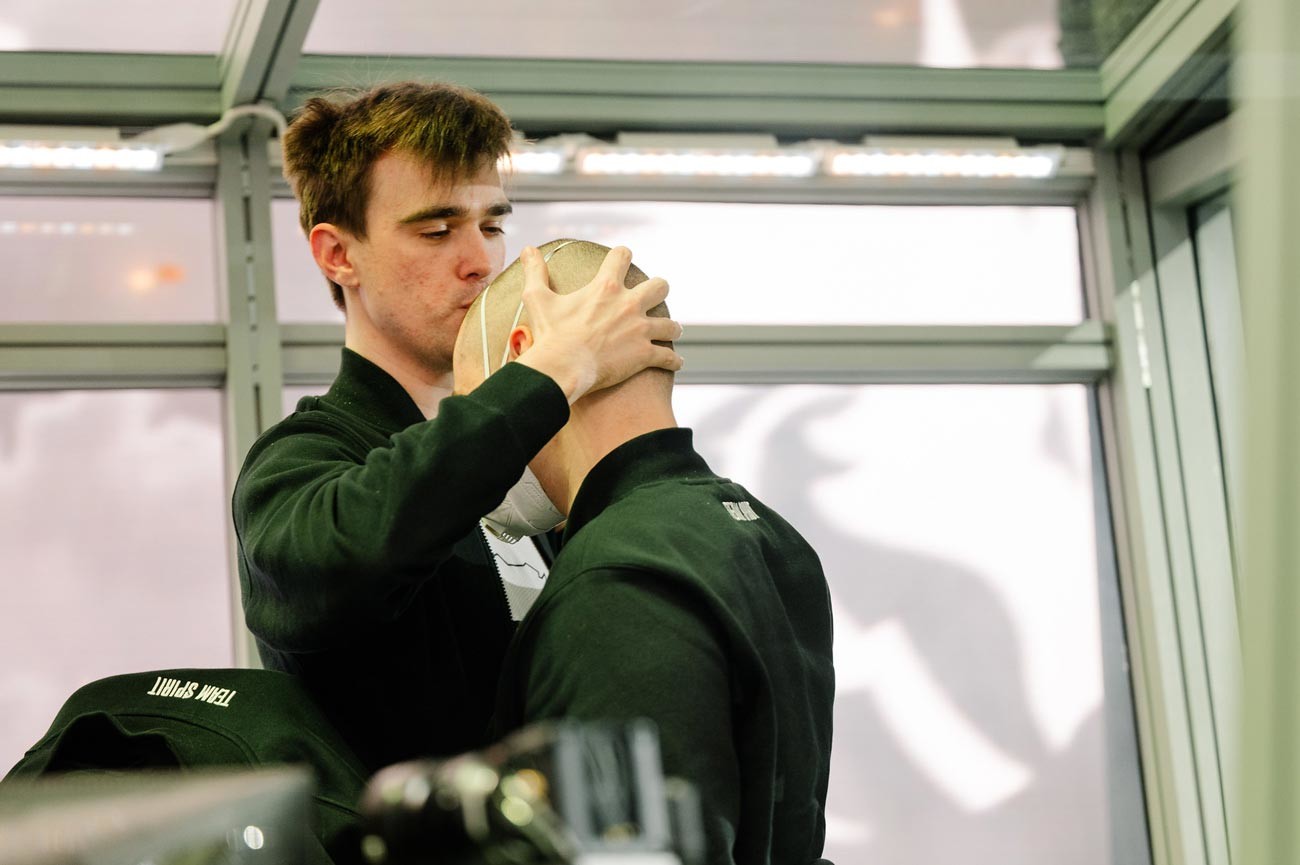 In order to save up for a powerful computer, Ilya got a job as a merchandiser at just 13 - which he did for six months. He dreamed of becoming a journalist or criminologist, before “enrolling in some college to study geology”. In the end, he didn’t even go once. 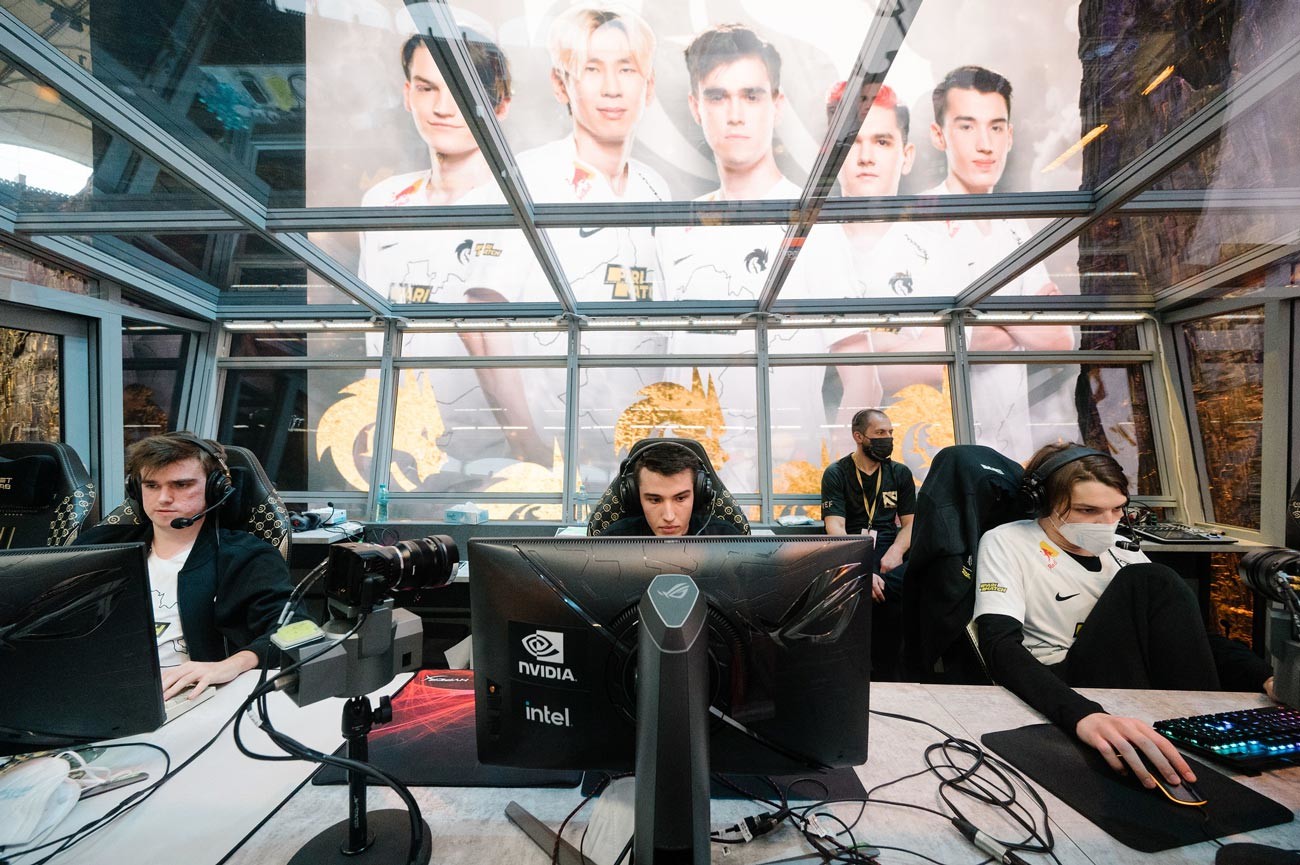 During the championships, Ilya shaved his head, announcing that it was all in the name of the god of Dota, to help him secure victory.

Choosing Dota 2 over careers in medicine and modeling

The other team members all made conscious decisions to quit their studies and jobs in order to train. 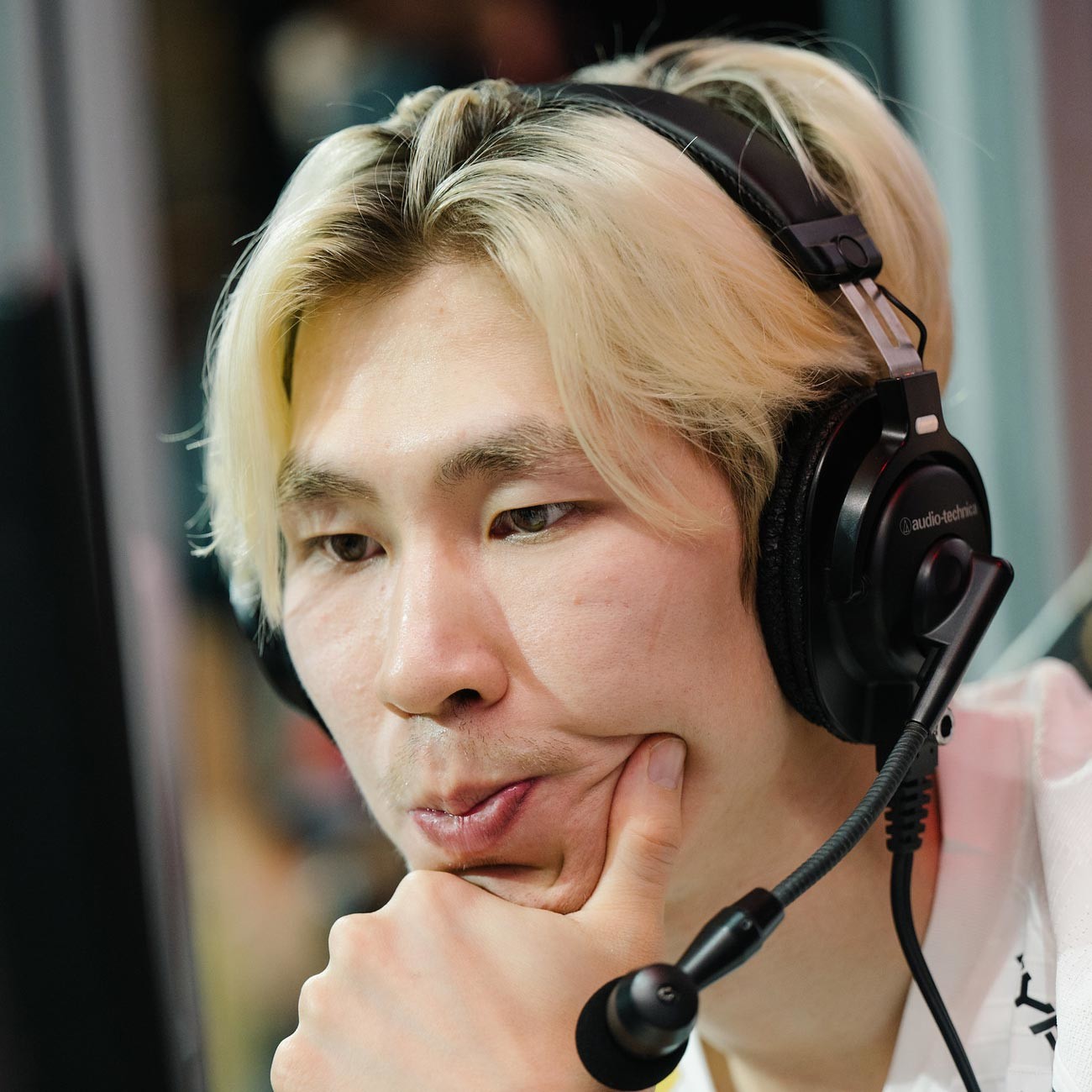 Aleksandr ‘Torontotokyo’ Khertek from Tuva, 20, claims he was a real handful as a kid and that only Japanese anime helped him become somewhat “kinder”. After finishing school, he enrolled in the faculty of computational mathematics and technology at MSU, dropping out during the second semester, in order to dedicate more time to the game, while working as a systems administrator and waiter on the side. He believes that these professions helped him realize his ambitions.

“Working as service staff helped me understand people and develop an identity… I understood that waiters, chefs and cleaners - they are all people with their own issues, their own lives. Ever since then, I always try to leave a tip,” the cyber athlete recalled.

19-year-old Magomed ‘Collapse’ Khalilov, from Makhachkala, Dagestan, has been playing since 2017 and wanted to become a doctor. 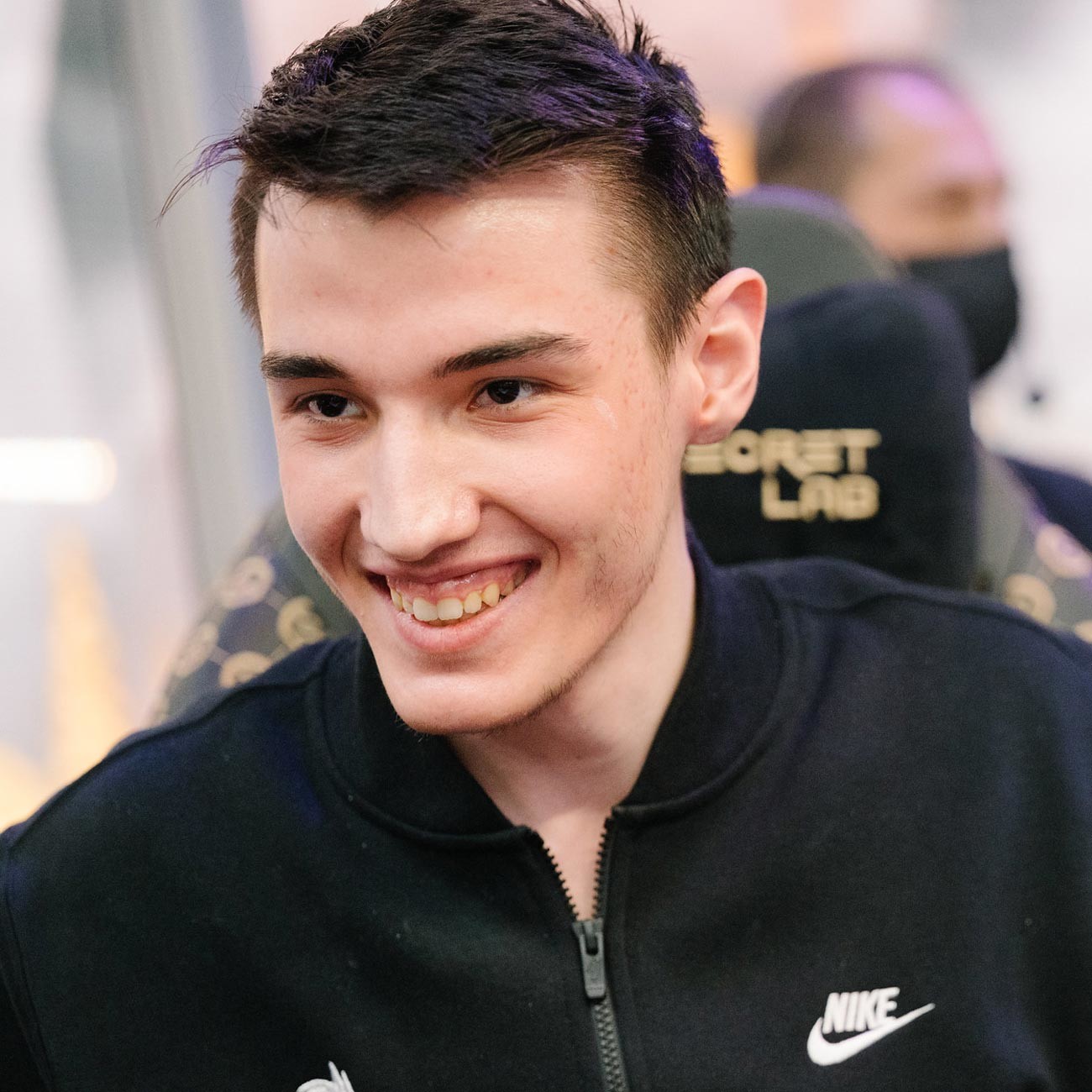 He ended up enrolling at a college, but took a sabbatical to be able to dedicate more time to cybersports.

Miroslav Kolpakov, 21, used to do sporadic work as a model. 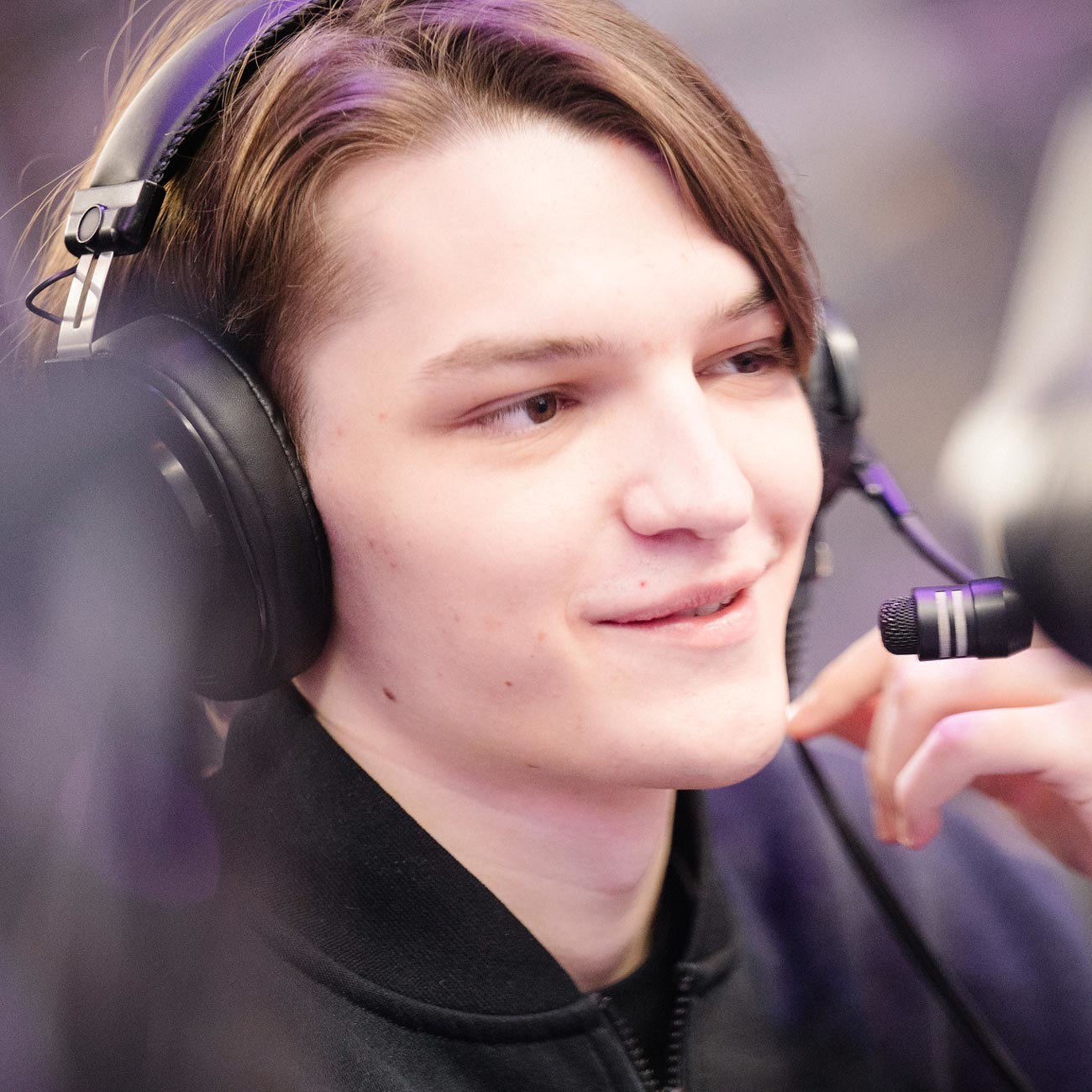 “It was the most pleasant feeling in my life, but not because I made it into the Top 3, but because I gained victory together with my teammates. We are five friends who love to play Dota together. I used to be a bad player, but the guys gave me a chance and I understood how it’s done after two months,” he said.