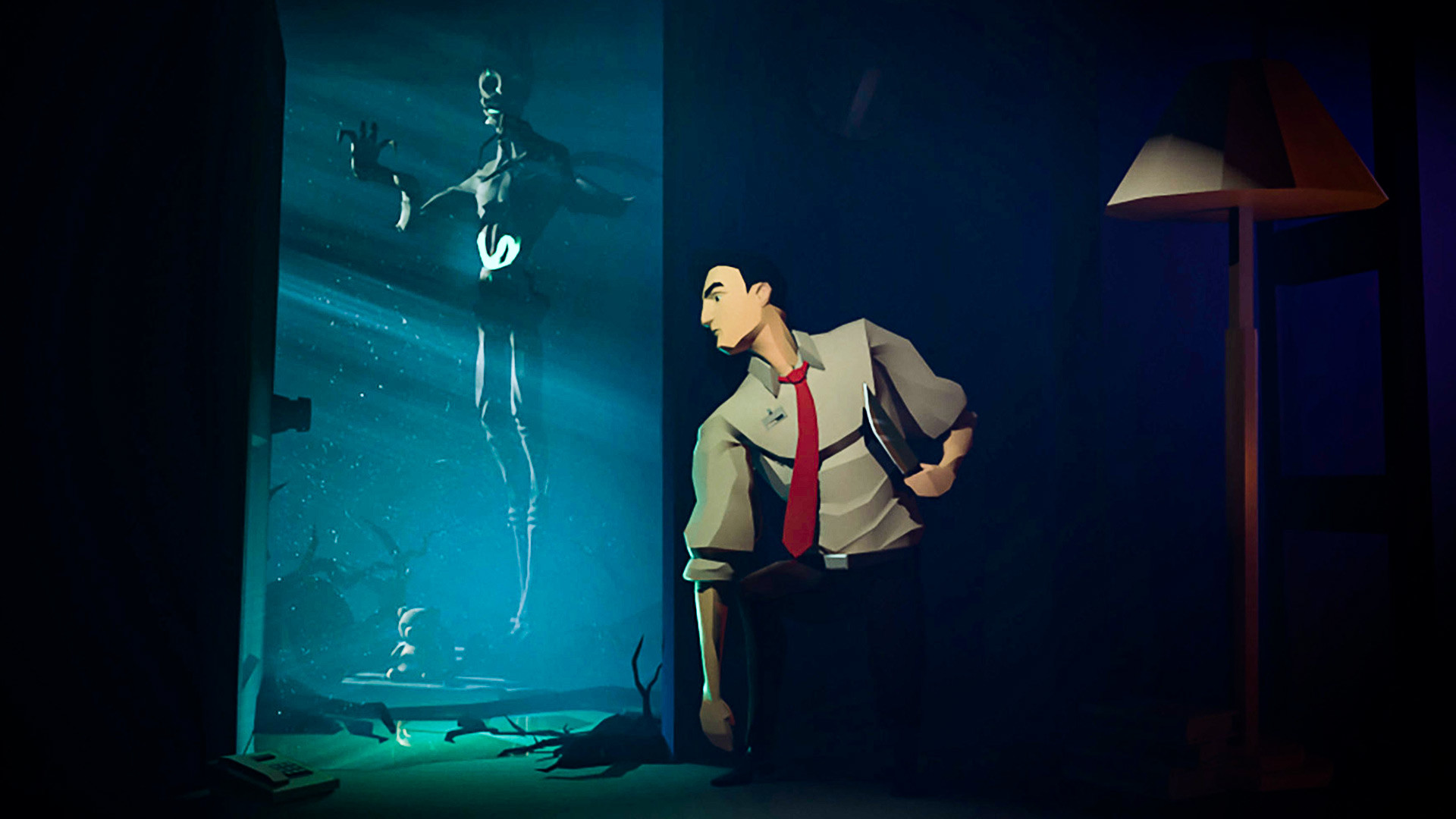 Mandragora
From a post-apocalyptic, epidemic-hit Russia to a mystical forest, biotech monsters and a school taken over by a maniac teacher, we review the most spine-chillingly addictive games created by Russian indie developers. 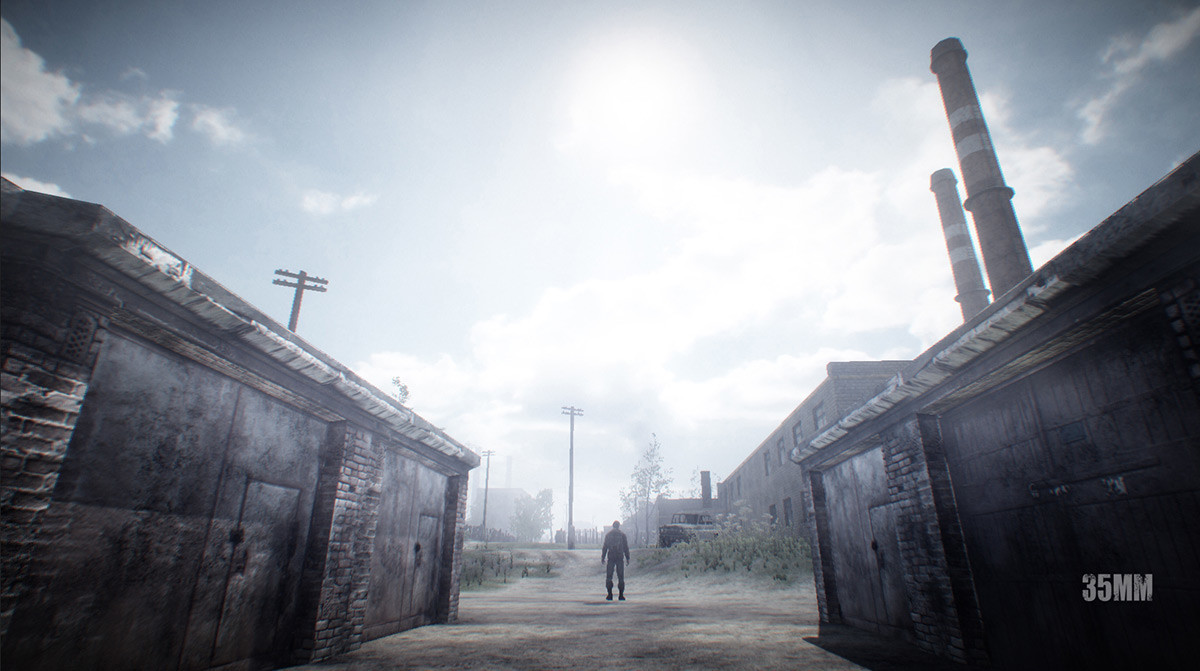 The setting is Russia after an epidemic that has wreaked havoc on most of the population (sound familiar?). The player, together with a trusty sidekick, must embark on a long journey through the post-apocalyptic landscape and adapt to the new living conditions.

All the while, the player has no idea where they came from, where they are going, or for what purpose. They simply plunge into the atmosphere and try to survive against the hostile elements and foes, be it marauders or very hungry, angry bears. Only at the end is the truth revealed — and rest assured that it ain't pleasant! Yikes!

The game is available on Steam in Russian and English. 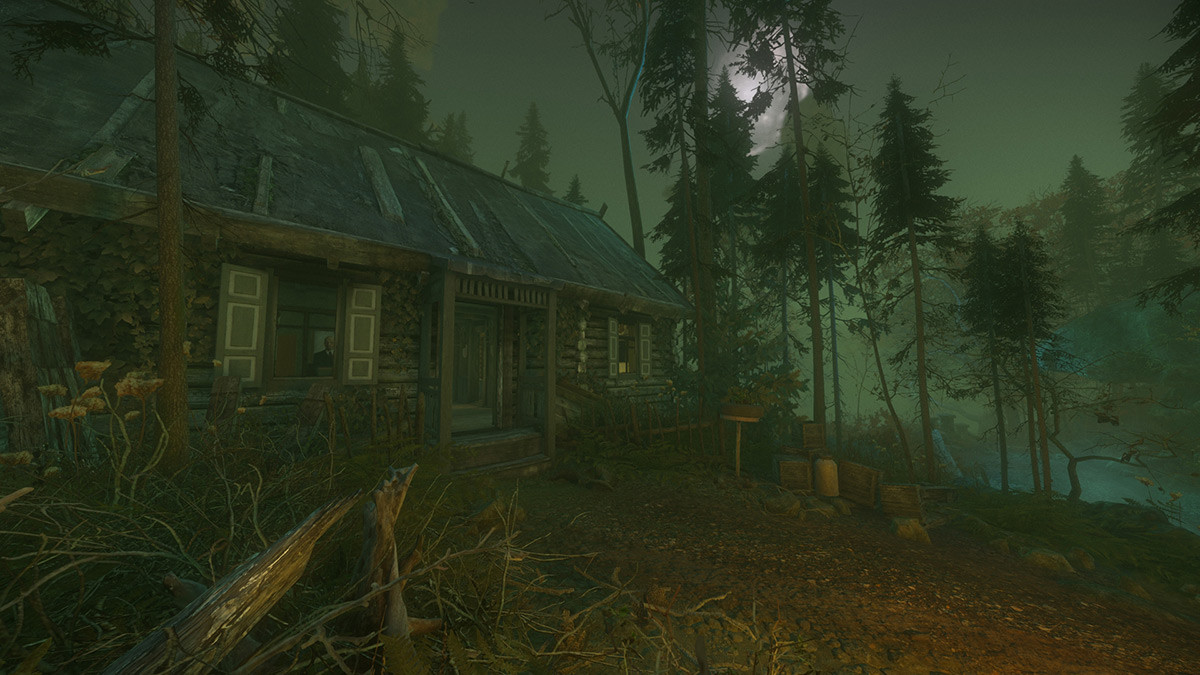 The player’s character learns that his mother has been hospitalized and needs help. He quickly fires up the car and rushes to the hospital along an old dirt road that winds through a forest. “It’s the shortest route,” he says, but on the way collides with a frightening creature and the car flies into a ditch. He finds himself in the midst of a mysterious dark forest, which conceals mesmerizing caves, sinister altars and... a gruesome monster.

In this first-person horror adventure, released in 2019, the player has to make their way through the forest, collecting artifacts and perform a secret ritual to uncharm the monster and release the innocent soul imprisoned inside.

The game is available on Steam with an interface in English, French, Italian, Hungarian, Polish and Turkish. 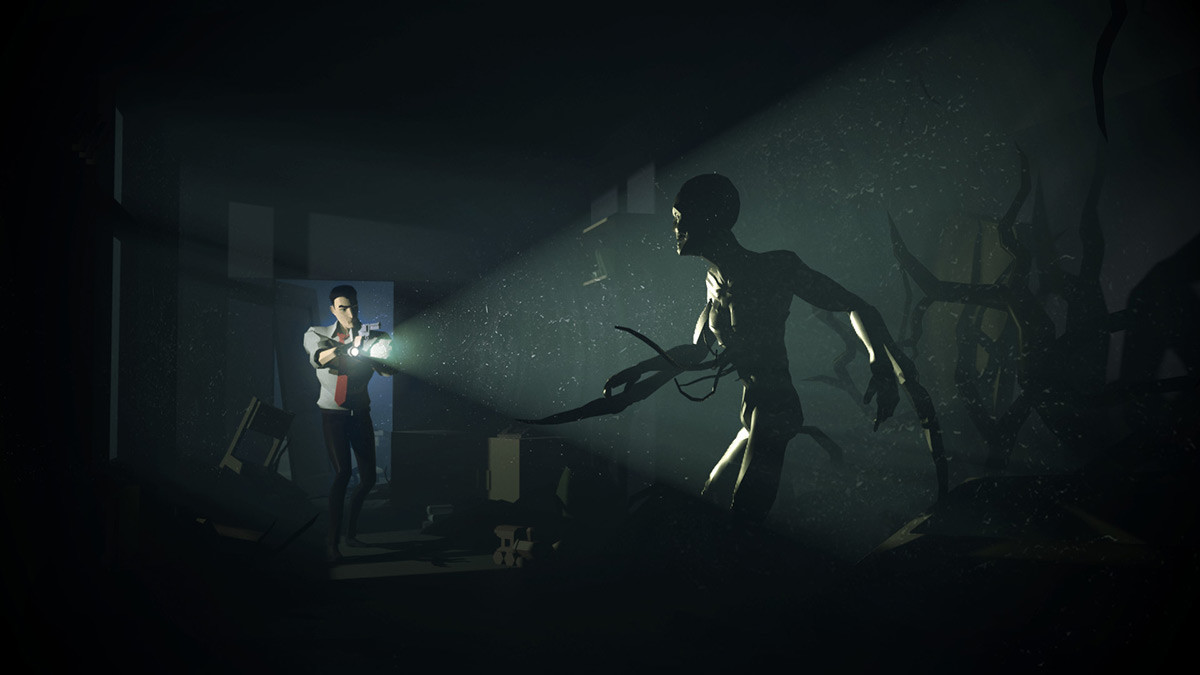 You are an employee of the powerful biotech corporation Skyhill Inc. For your services to the company, you are presented with an apartment in a huge residential complex, where you move in with your daughter. But one foul morning something awful happens: your daughter is kidnapped and the complex gradually fills up with black mist, which turns people into horrible freaks.

In this 2020 third-person horror from Russian studio Mandragora, the player must navigate through the residential complex, past ruined schools and around blood-soaked dance floors and parking lots, fighting off monsters and ultimately find their daughter, while at the same time unearthing the secrets of the most dangerous corporation in the world.

The game is available on Steam in Russian, English, French, German, Polish and Chinese. 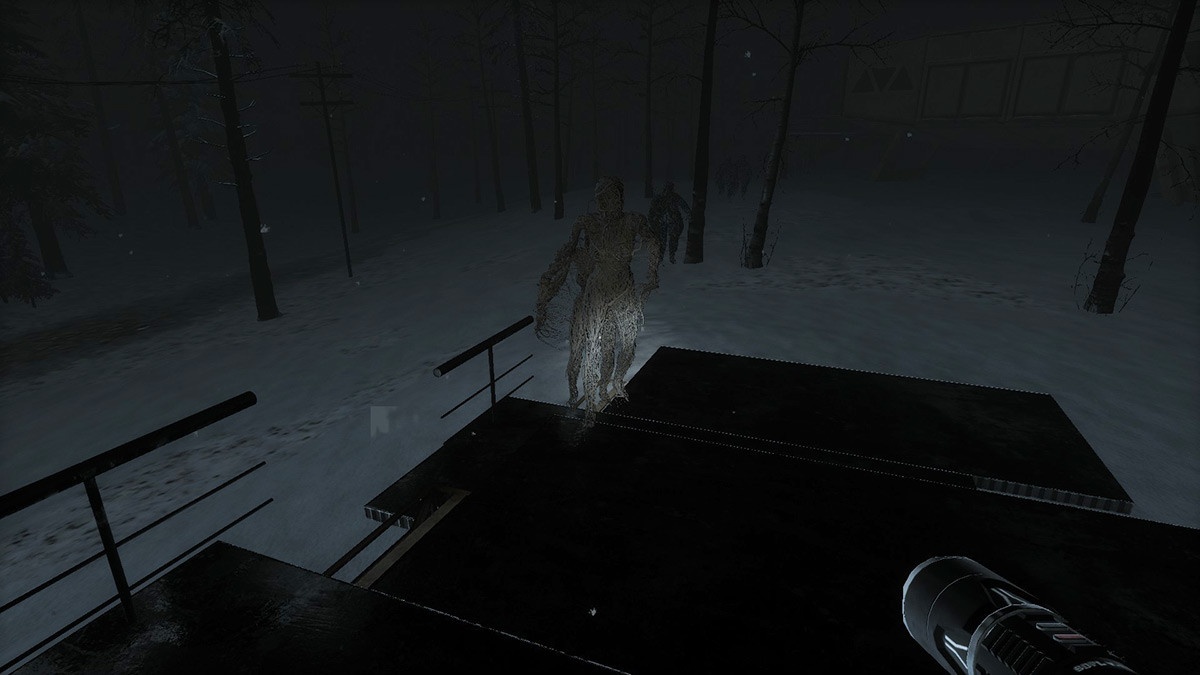 The central character, Agent Red, finds himself in a snow-covered playground in an abandoned provincial Russian town. He views the spinning carousel, pondering where to go next, when suddenly, he is surrounded by strange zombie-like creatures. The game is barely a minute old and Agent Red is already dead.

Wild Russia is a 2020 first-person horror game that tasks the player with finding a way out of a sprawling world full of monsters, anomalies, traps and dilapidated buildings.

“Any action or inaction can have serious consequences,” writes the creator, indie developer Sergey Andreev, on the game’s Steam page.

The game is available on Steam in Russian, English and Chinese. 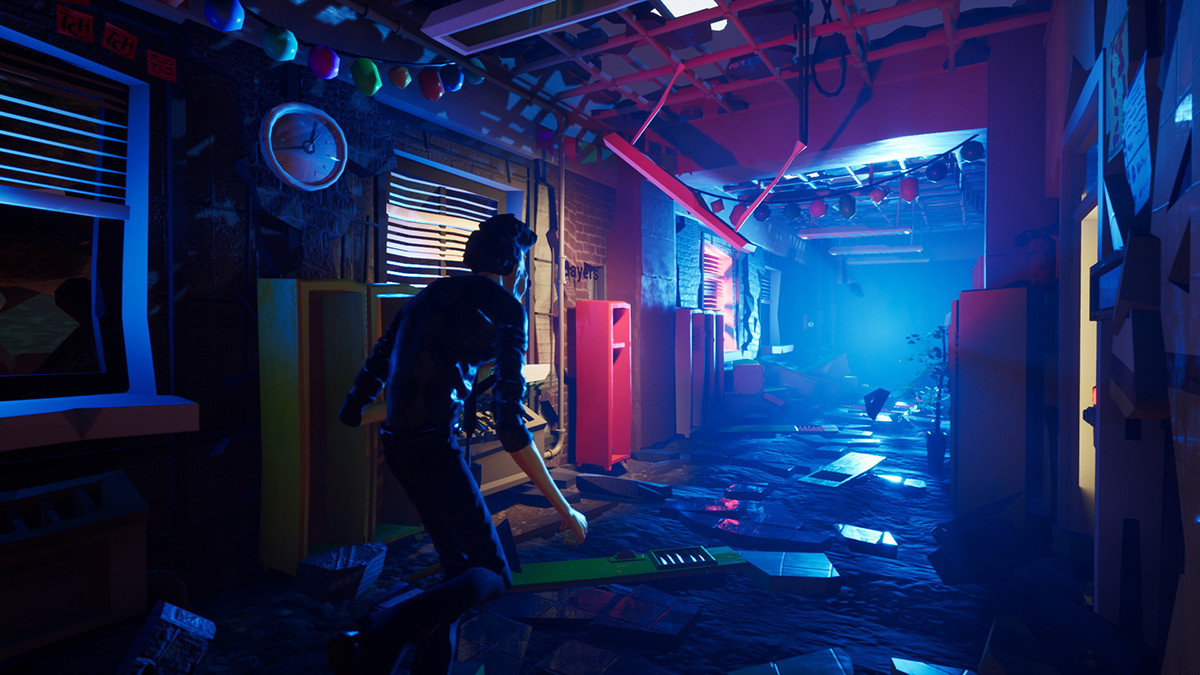 Strange things are happening at Gravewood High — several students have disappeared without trace, but the adults don’t seem to notice. The building itself turns into a creepy maze with no exit and the corridors are trod by a maniac teacher, the overlord of this dark new world.

In this first-person horror game from Moscow game studio EvilCoGames and Kaliningrad publisher HeroCraft, the protagonist, together with his friend Erin, must defeat the evil teacher, find out what lies behind the madness enveloping the school and escape from the maze.

This is harder than it sounds, since the school layout changes every time the teacher finds you and he himself becomes that bit smarter and more dangerous and traps you previously set for him no longer work.

At the same time, the game’s plot “plunges you into the atmosphere of several iconic periods of U.S. history: from the wild 80s to the Civil War”.

A demo version of the game is available on Steam in English. The game’s full release is scheduled for Q4 2020.