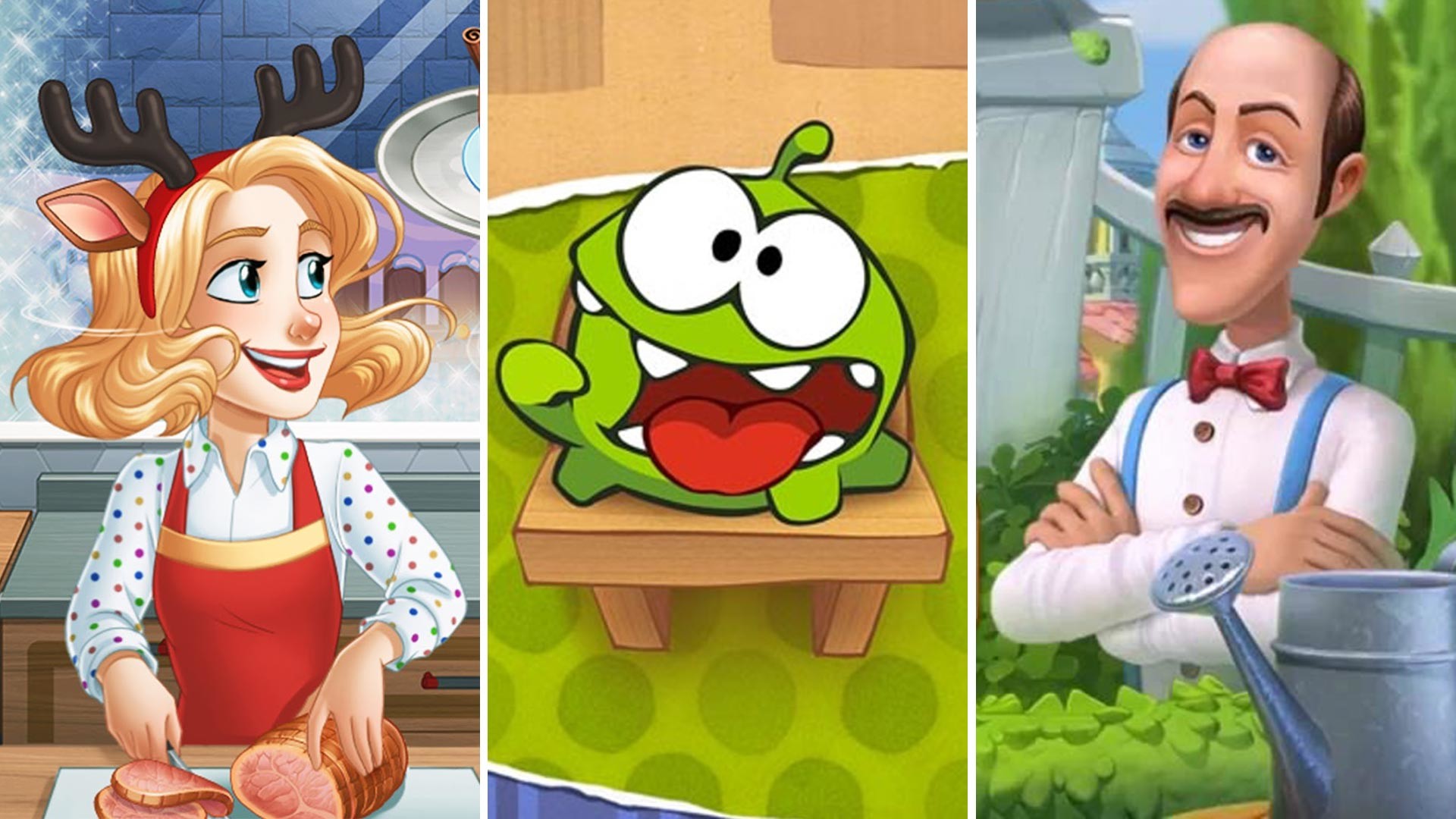 MyTona,2018; Zeptolab,2010; Playrix,2016
From amusing children’s puzzles to restaurant simulators and survival horror games - we present the best mobile games by Russian developers, which will have you glued to your smartphone for several hours (or even days). 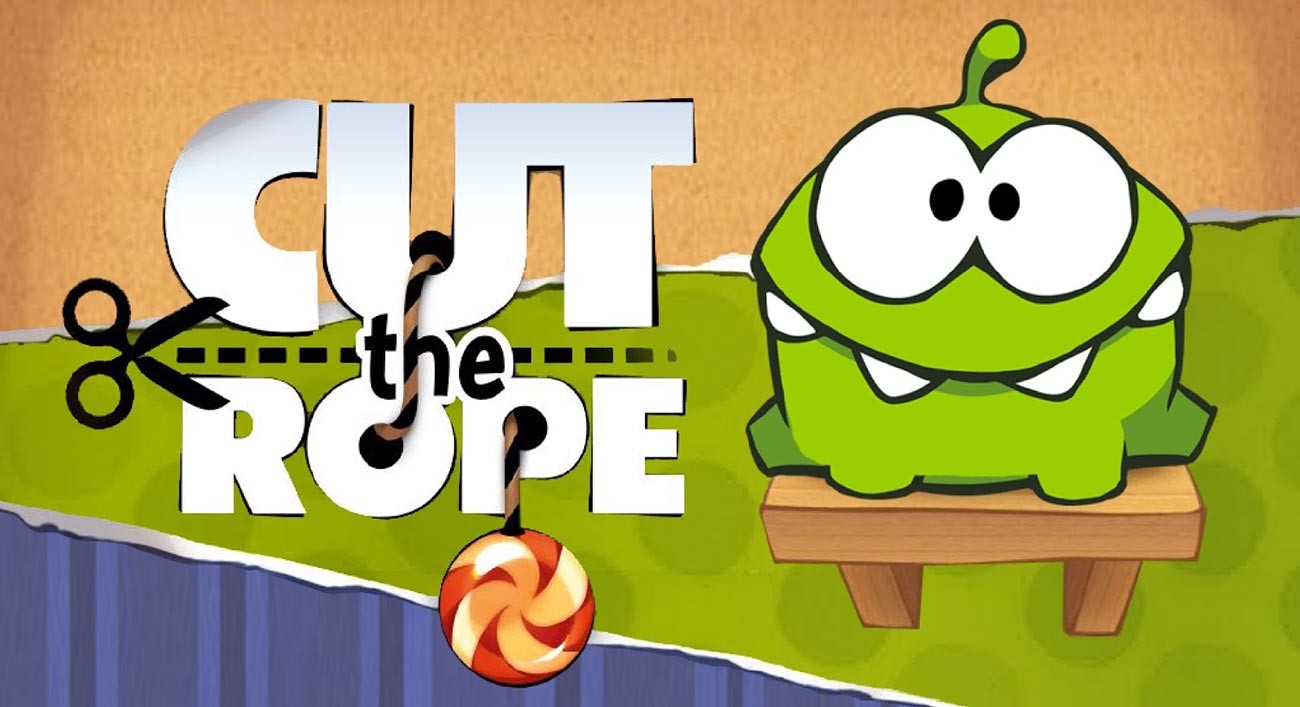 Cute green Om Nom, who looks like a toothy young frog, has been well known to mobile phone game fans since 2010, when the game first appeared in the Apple App Store. What he loves most in the world is candy and the objective of the player is to feed him with treats, cutting them from ropes using magic hats, air cushions, balloons and so on. If a candy ends up in the little creature’s mouth, the player moves to the next level. If not, the candy is taken by a little spider and Om Nom is sad.

In the more than 10 years of the series’s existence, the games have been downloaded over 1.2 billion times. They were created by Russian developers - the twin brothers Efim and Semyon Voinov, founders of the ZeptoLab video game studio. In 2012 alone, the little creature earned the company more than $40 million. ZeptoLab has also won more than 25 awards, including accolades from Google Play, Apple Design Awards and Nickelodeon Kids’ Choice Awards. 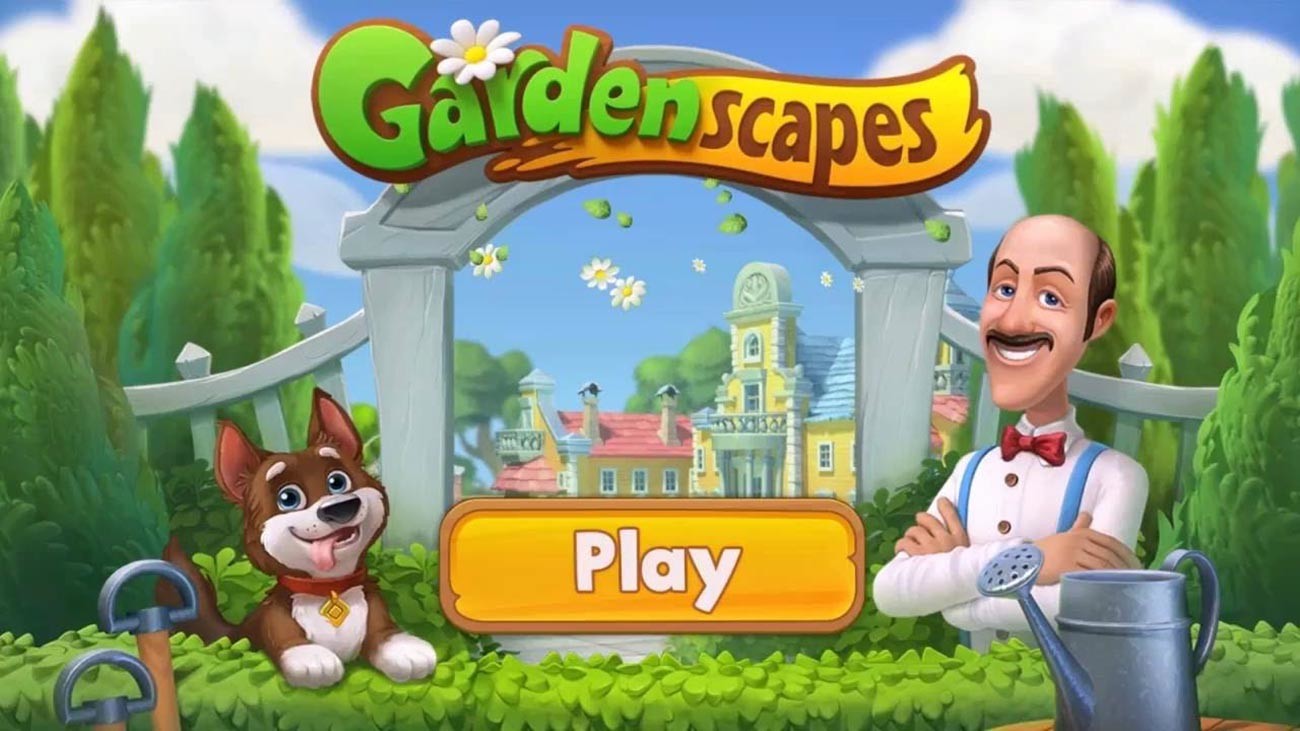 The popular puzzle games in the match-3 genre involving the rescue of a little fish in an aquarium and the gardener Austin were created by the brothers Igor and Dmitry Bukhman from Vologda (408 km from Moscow), founders of Playrix Studio.

Fishdom was released back in 2008. In it, the player has to solve puzzles and earn points, which can then be used to set up and decorate a virtual aquarium. After, it can be used as a smartphone screensaver.

Gardenscapes came out in 2016 and tells of the adventures of the distinguished-looking, moustached Austin the Butler, who has decided to refurbish the family mansion. For this, the player also needs to solve puzzles, learning about the history of their family and sorting out their personal life along the way.

Homescapes, launched in 2017, is a direct continuation of Gardenscapes. Austin arrives at his parents’ home to discover the mansion in a neglected state and requiring renovation. Along the way, he learns more about his family history and gets to meet a woman, with whom a romantic attachment develops.

In 2020, Playrix joined the top three highest grossing developers in the world and its games have been downloaded more than 320 million times in a single year. 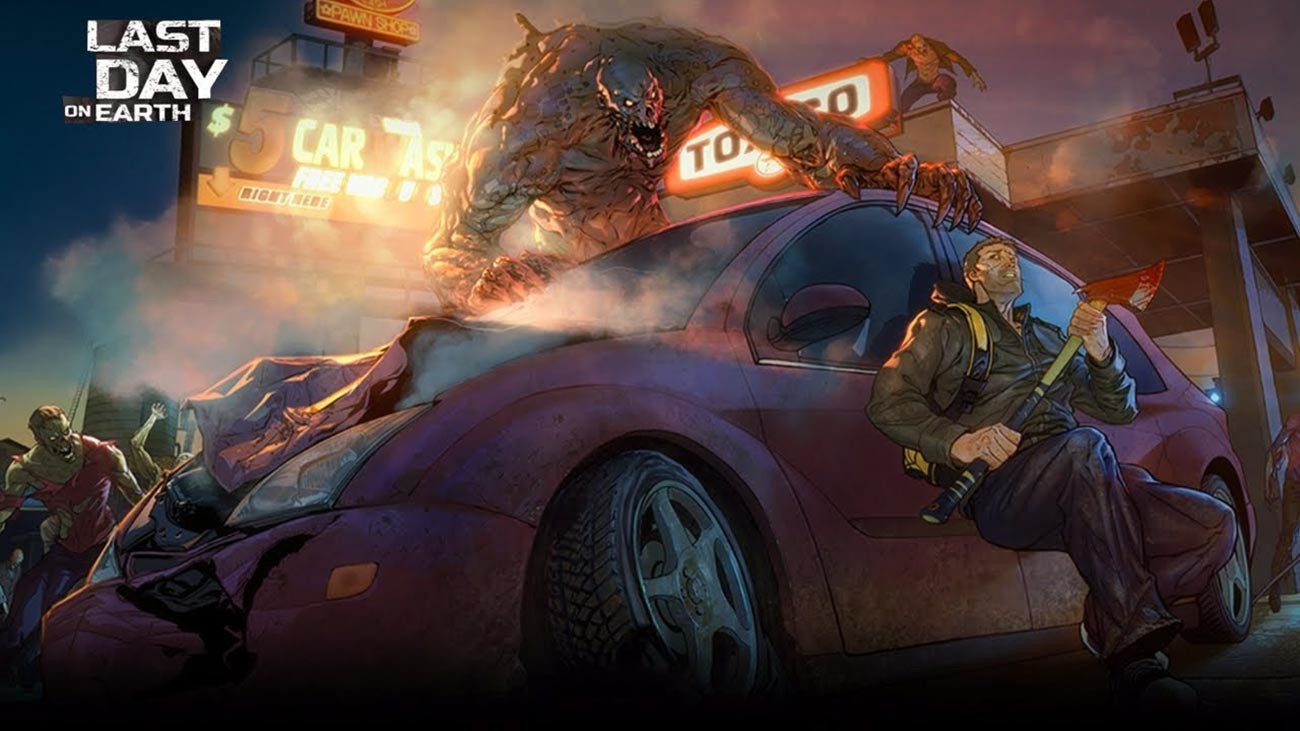 The year is 2027 and the sudden outbreak of a virus has wiped out almost every living thing on Earth and turned some people into zombies. You are in the middle of a forest, encircled by the walking dead and wild animals. Here you have to build a refuge and, along the way, kill as many enemies as possible, while finding food and supplies and helping out fellow survivors.

This somber zombie survival game from Russian game studio Kefir was launched in 2017. In the space of 16 months, the game was downloaded 80 million times, earning the developers $125 million, TASS reports.

“We have given them (the players - Ed.) a chance to experience the reality of everything that takes place: the character feels thirst, hunger, cold and the impact of the environment. This world does not require any cultural explanation, wherever you may live [what this means is that the world portrayed in the game is a universal one and everyone will find it interesting to play],” Maria Pestrikova, the studio’s managing partner, said in a 2018 interview with TASS. 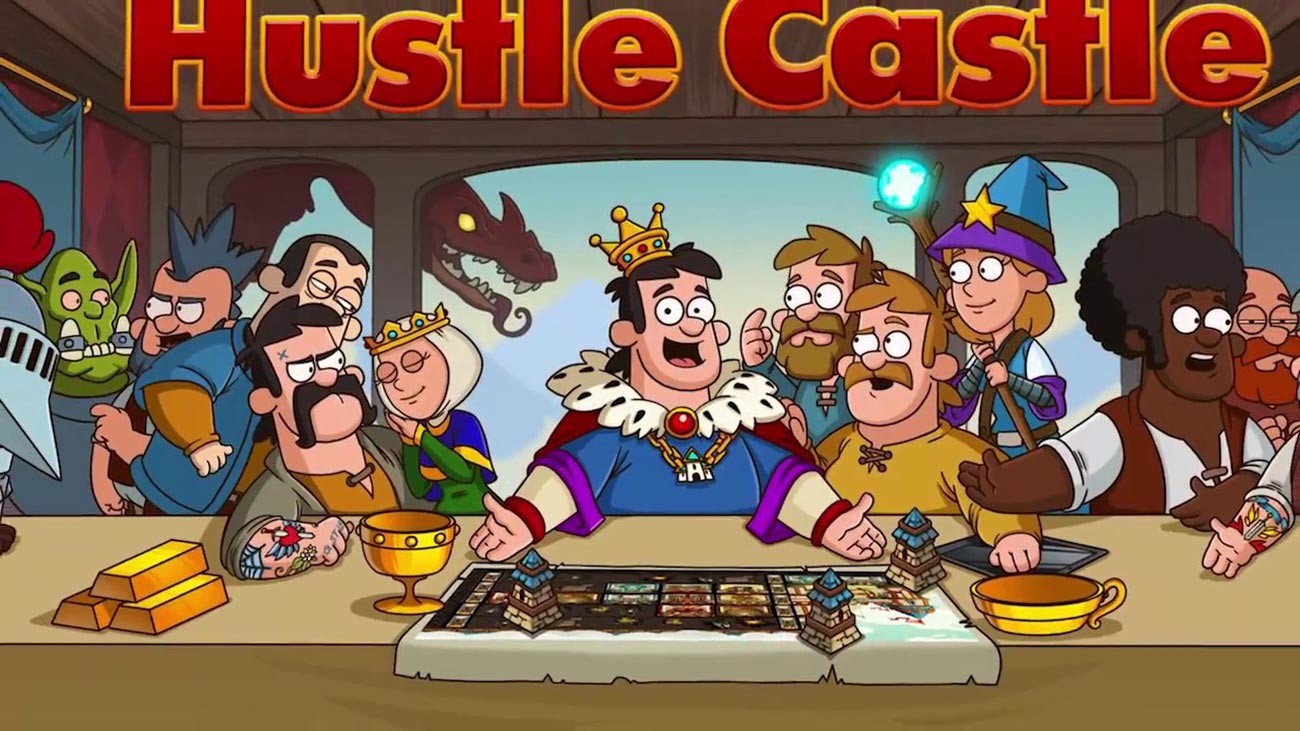 You are the novice owner of a medieval castle. You have only just begun to hire the servants and make your living quarters comfortable, and - oh, the horror! - your princess is abducted. The player has to wrest the young lady out of the hands of dark forces, while expanding his kingdom, training his knights and fighting his enemies - from dragons to orcs - along the way.

The RPG castle simulator complete with cool graphics, an enthralling plotline and characters drawn in a similar style to Family Guy was created by MY.GAMES, a sister company of the Russian internet holding company Mail.ru Group.

In 2020, company revenue was up 30 percent over 2019 and amounted to $562 million, the company’s website states. Hustle Castle is one of the company’s most successful projects - in 2018 alone, the game earned $25 million. 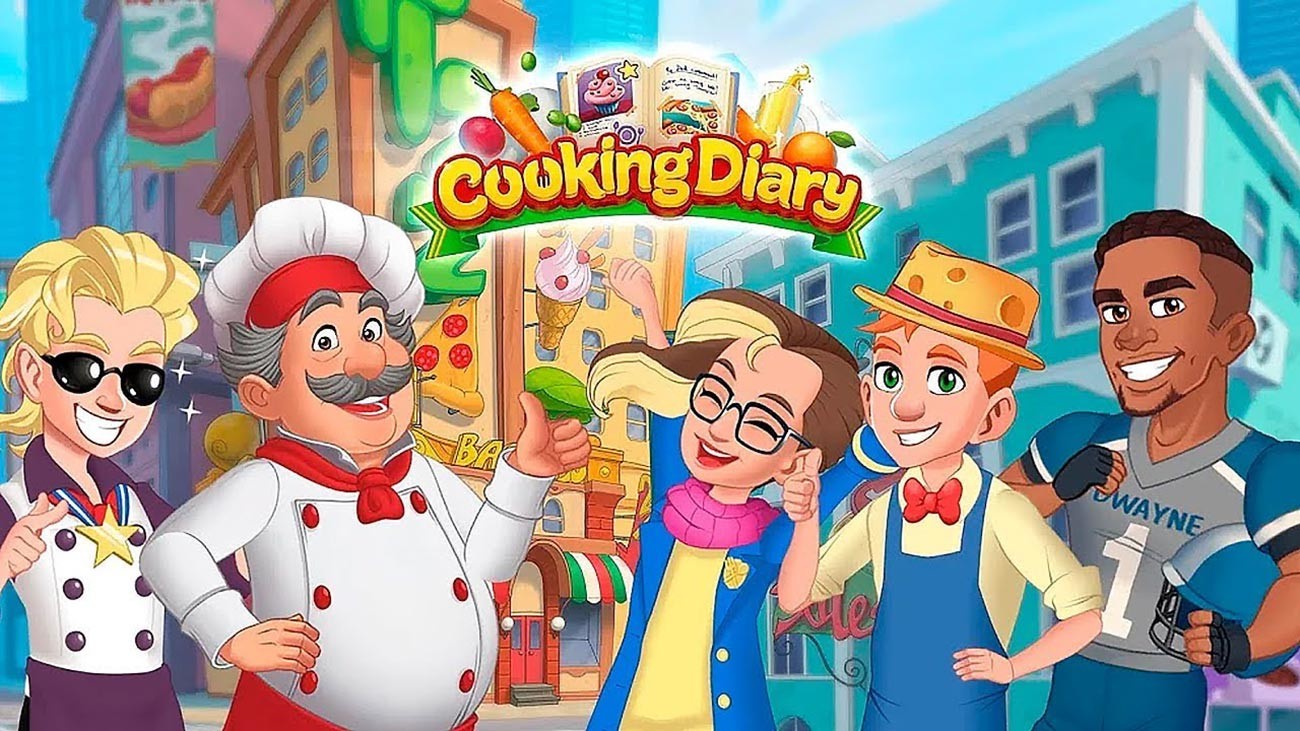 In 2012, another set of twin brothers - Afanasy and Alexei Ushnitsky from Yakutsk set up the MYTONA mobile game studio. In 2015, the brothers released their main hit - a mystery story puzzle game centered on the hunt for objects, Seekers Notes. According to the plot, the main protagonist sets off for the cursed city of Darkwood, where among tens of thousands of objects he has to find the Magical Map that will enable the city to be delivered from the curse.

The game was downloaded 30 million times as of November 2020 and it was third on the list of the highest-grossing games for the iPad in the U.S., according to the game’s website.

In 2018, the company launched its culinary time management game, Cooking Diary. According to the plot, the main protagonist arrives in the city of Tasty Hills, which is full of restaurants serving the cuisines from around the world. The player cooks and serves dishes, earns coins and points, while simultaneously helping their grandfather to save his own restaurant chain.

Within a month of its release, the game had entered the Top 100 list of the highest-grossing games on the iPad in the U.S. and also received the People’s Choice Award at the 15th International Mobile Gaming Awards Global, while also winning the Webby People’s Voice Award 2020 for best strategy/simulation.

All games are available for download on Android and iOS.