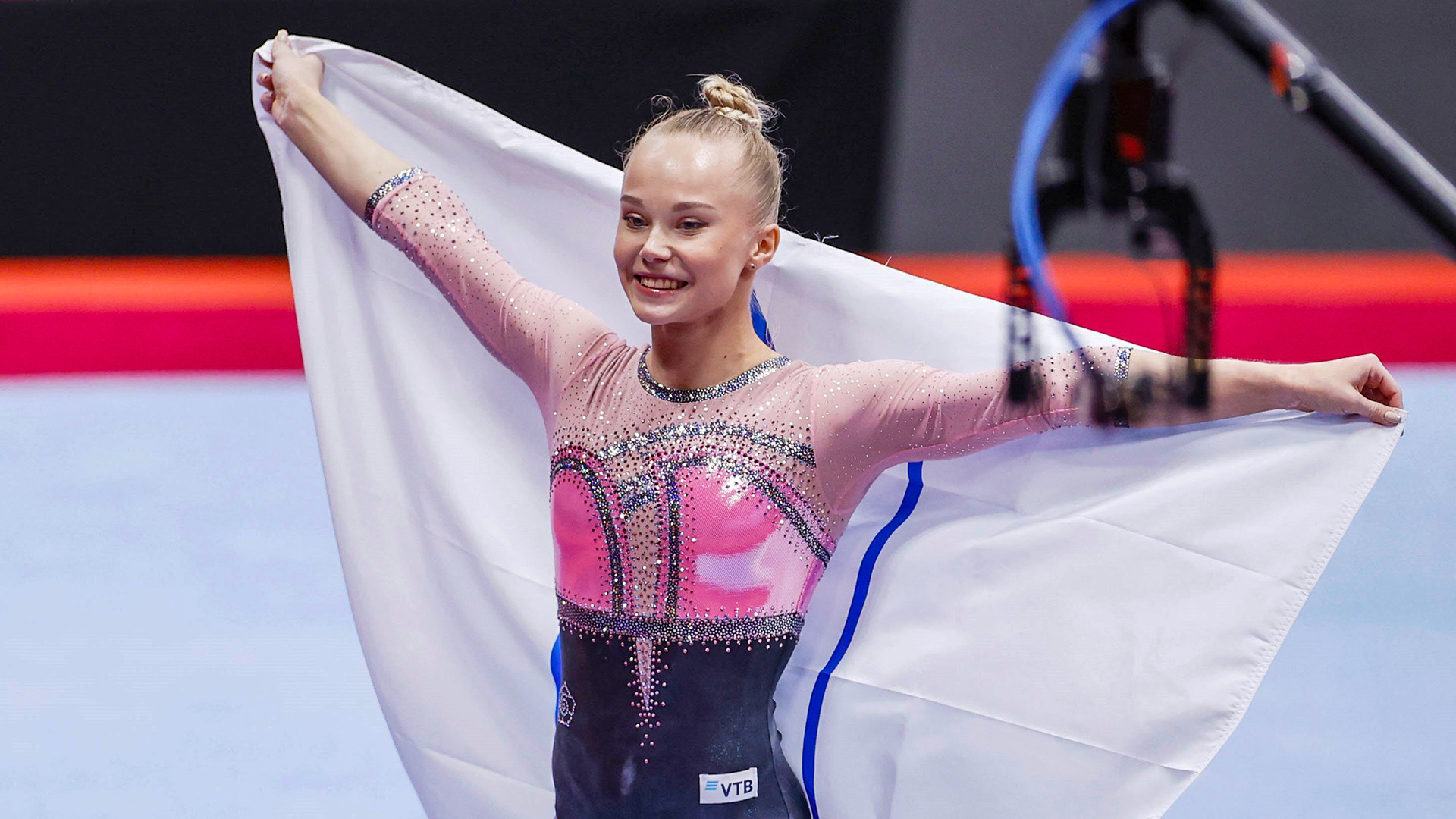 Legion Media
Melnikova is the ultimate world champion in artistic gymnastics. But with her angelic smile, she has become a superstar not only among gymnastics fans.

The last time a Russian achieved this feat before Melnikova was Aliya Mustafina, who won the same title in 2010, after which only American female athletes, led by five-time world champion Simone Biles, won the championship. 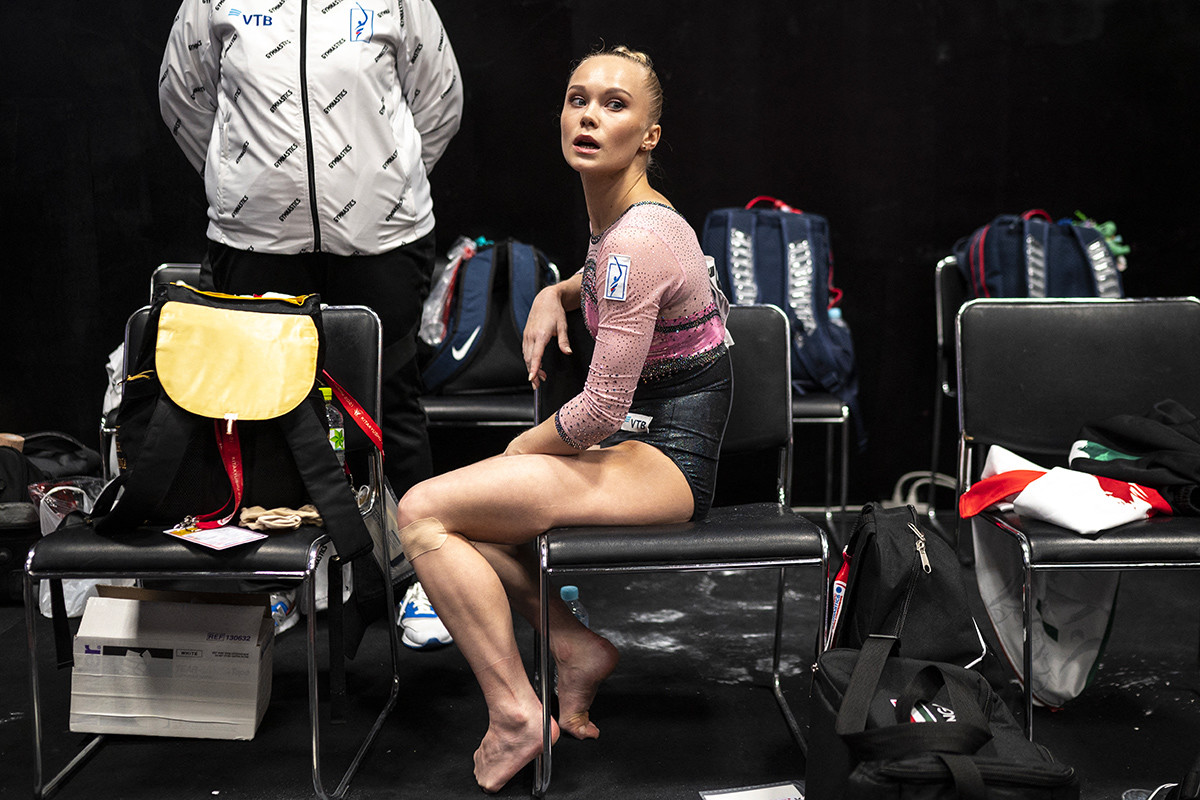 Russia's Angelina Melnikova is pictured after competing in the balance beam event in the women's all-around final during the Artistic Gymnastics World Championships at the Kitakyushu City Gymnasium in Kitakyushu, Fukuoka prefecture on October 21, 2021

“Deep down, I guess I was coming here for this medal, because I knew there would be no top gymnasts at the World Championships. It’s really my chance, although in today’s fight against the Americans it was really scary,” Angelina said.

Angelina was born in Voronezh on July 18, 2000. She was an active child. Her parents first put their daughter into dance classes and only at six years of age did she take up gymnastics.

“The first time I went into the gymnastics room, I looked at the girls who were doing different elements and I thought I wanted to be able to do the same. From that moment, my love for gymnastics was born,” Melnikova recalled on her Instagram.

In 2014, at her first L’International Gymnix tournament in Montreal, she won a gold medal in the team event and silver in the all-around and uneven bars, as well as bronze in the floor exercise. That same year, she also competed at the European Junior Championships, winning gold in the bars, individual and team events.

Before the 2016 Olympics in Rio de Janeiro, Angelina suffered a hip injury. According to coach Vera Kolesnikova, she couldn’t even stretch and extend her legs. But Angelina still went to the competition and won silver in the team event.

“It’s okay, don’t get upset, even when I fell off the beam, you have to fight for every tenth [of the final score]. I don’t look at others, I focus on myself.” Melnikova told Vesti Voronezh TV channel about her performance. 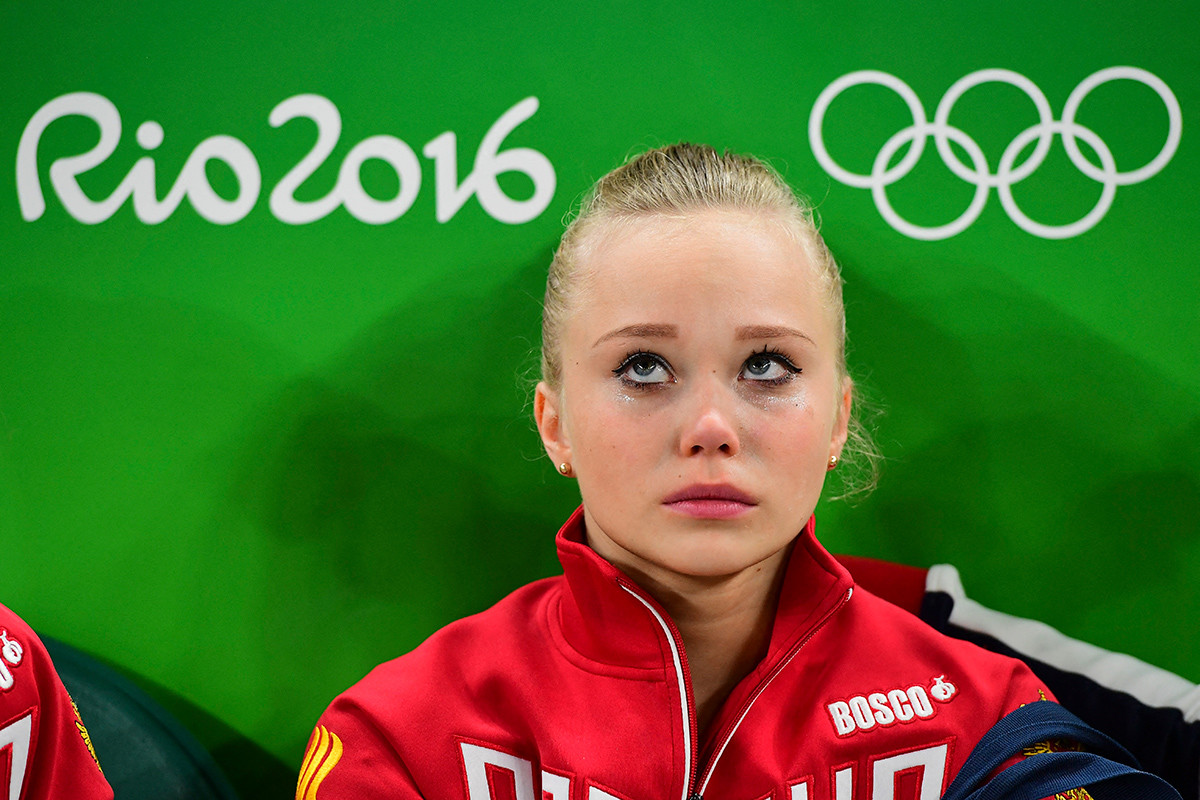 Russia's Angelina Melnikova reacts during the qualifying for the women's Artistic Gymnastics at the Olympic Arena during the Rio 2016 Olympic Games in Rio de Janeiro on August 7, 2016

After that, the gymnast continued to participate in Russian, European and world championships and won more than 10 medals in various disciplines.

In 2019, she starred in the Olympic Channel documentary series ‘All-Around’, along with American gymnast Morgan Hurd and China’s Chen Yile and talked about her athletic journey there.

At the 2020 Tokyo Olympics, Melnikova captained the Russian women’s gymnastics team, winning gold in the team all-around and bronze medals in the individual all-around and floor exercise. 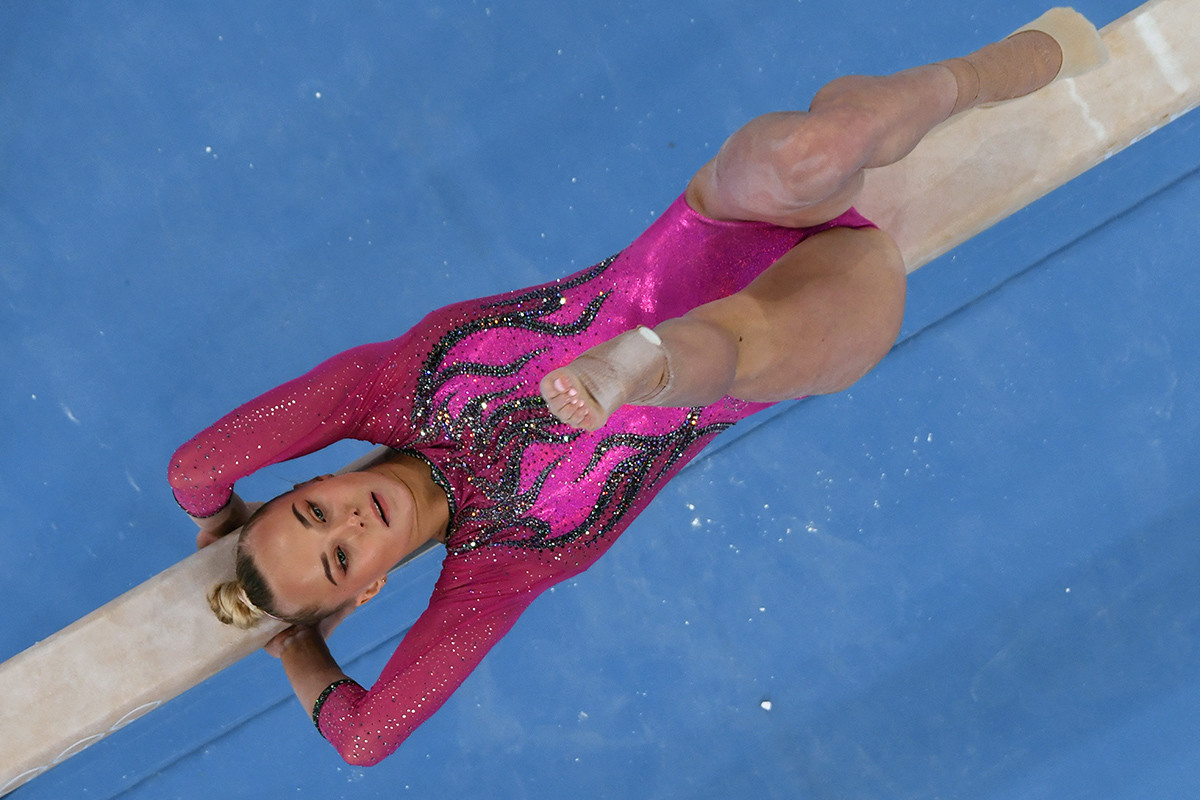 Russia's Angelina Melnikova competes in the balance beam event of the artistic gymnastics women's all-around final during the Tokyo 2020 Olympic Games at the Ariake Gymnastics Centre in Tokyo on July 29, 2021

“When you become an Olympic champion, <...> there is a feeling that you’ve done everything you could. <...> I really wanted to go home as soon as possible. When you are not at home and you are so tense and emotionally exhausted after the competitions, you want to visit your relatives, friends and just lie in your bed,” Melnikova told the RIA Novosti agency after the Olympics.

In her free time, Angelina likes to draw and design clothes. In 2018, she launched her own brand of leotards for gymnastics. She’s also learning English and enjoys snowboarding.

She admits to being very vulnerable – she can cry, for example, after watching a sad movie.

At one point, Melnikova said that at her age of 21, she already sometimes feels exhausted from her many competitions and workouts.

“I feel strong inside, but to be honest, I already feel like I’m sighing a little bit because I’m really exhausted after the competitions. I feel like my body needs to rest. The body is really worn out from all these years,” Melnikova says.
That said, she says she still plans on performing at the 2024 Olympics in Paris. “I’ll be relying on my mood, which is very important to me. Plus health, which is even more important.”