These TERRIFYING dolls are real works of art! (PHOTOS) 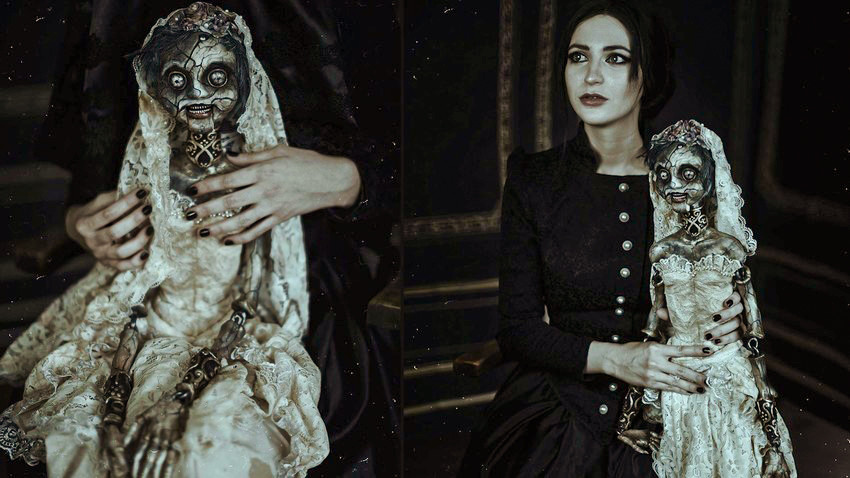 Nina Ippolitova
During childhood, Russian artist and cosplayer Anastasia Vin sculpted figures from plasticine and dolled them up with her mother's makeup. Today, her creations are sought after by leading musicians, photographers and collectors from all across the globe.

A frail little body with pale skin, a torn wedding dress, a scarred face and sinister bulging eyes. A photo of this doll, Angie, from the video game Resident Evil Village, was posted on Instagram by none other than Guns N’ Roses guitarist, Slash, in late October 2021. The doll is the work of Anastasia Vin, a 28-year-old artist and cosplayer from Samara.

“[Slash] has long followed me on Instagram, and even messaged me that he liked my work,” Anastasia said. 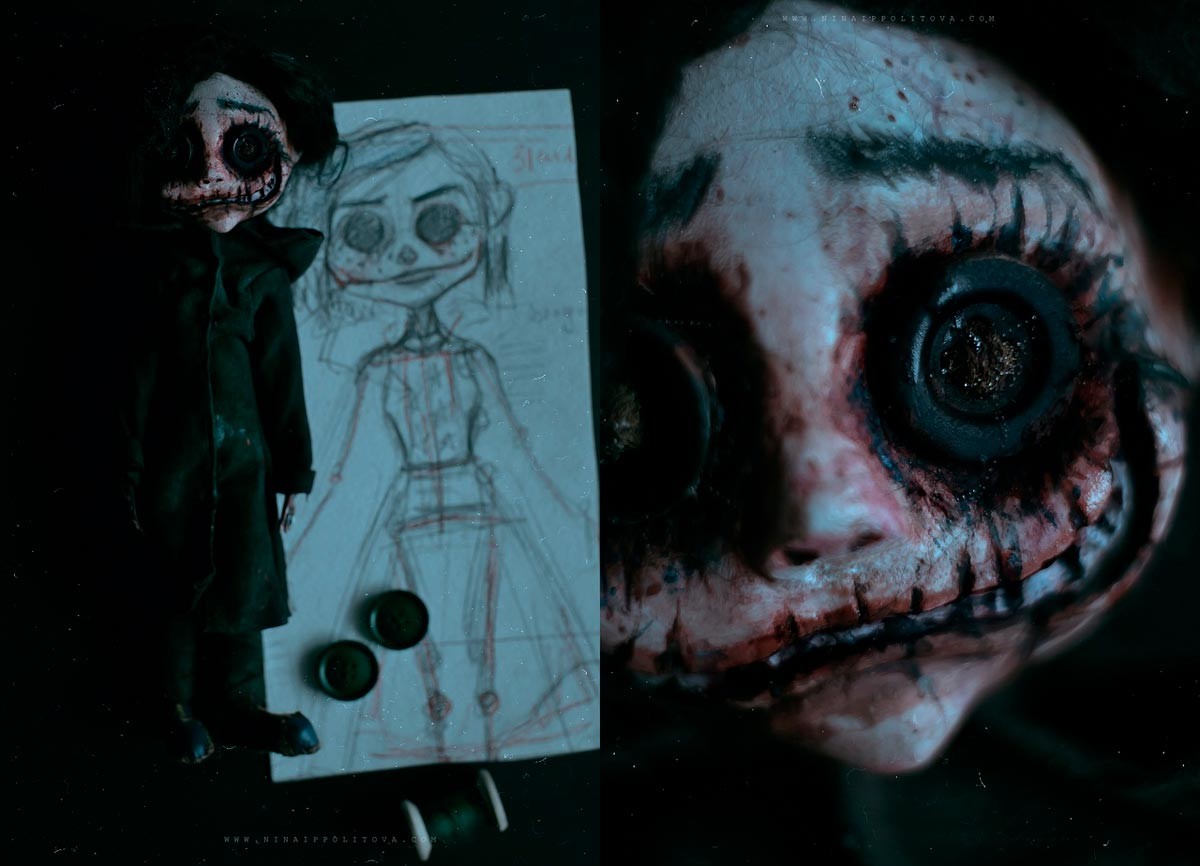 As a child, she was fond of drawing, went to art school and in her free time made dolls out of whatever came to hand.

“I remember how, after watching Pirates of the Caribbean, I modeled the main characters from plasticine. And to add color, I ‘borrowed’ my mother’s makeup. She wasn’t too happy about it,” Anastasia recalls. 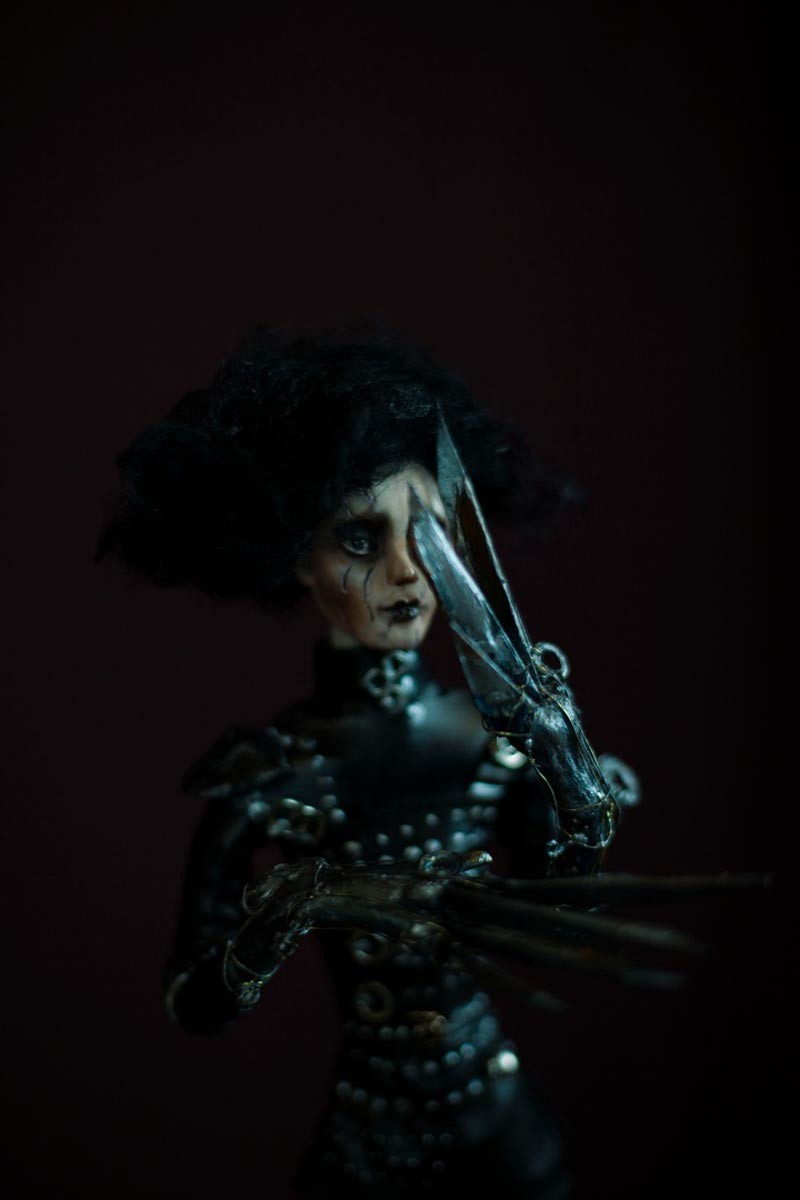 Her parents insisted that she quit painting and find a “more prestigious profession.” On their advice, she studied engineering at college and worked for several years in the field after moving to Moscow. But old habits die hard, and during her studies she continued to do cosplaying, painting and puppetry.

“At university, I was a fan of My Chemical Romance. The group once came to Moscow and I got to meet them at an autograph session, where I presented them with dolls that I had made in their image. Sure, it was self-indulgent, and I knew next to nothing about making dolls. They were cobbled together from scrap materials,” says the artist. 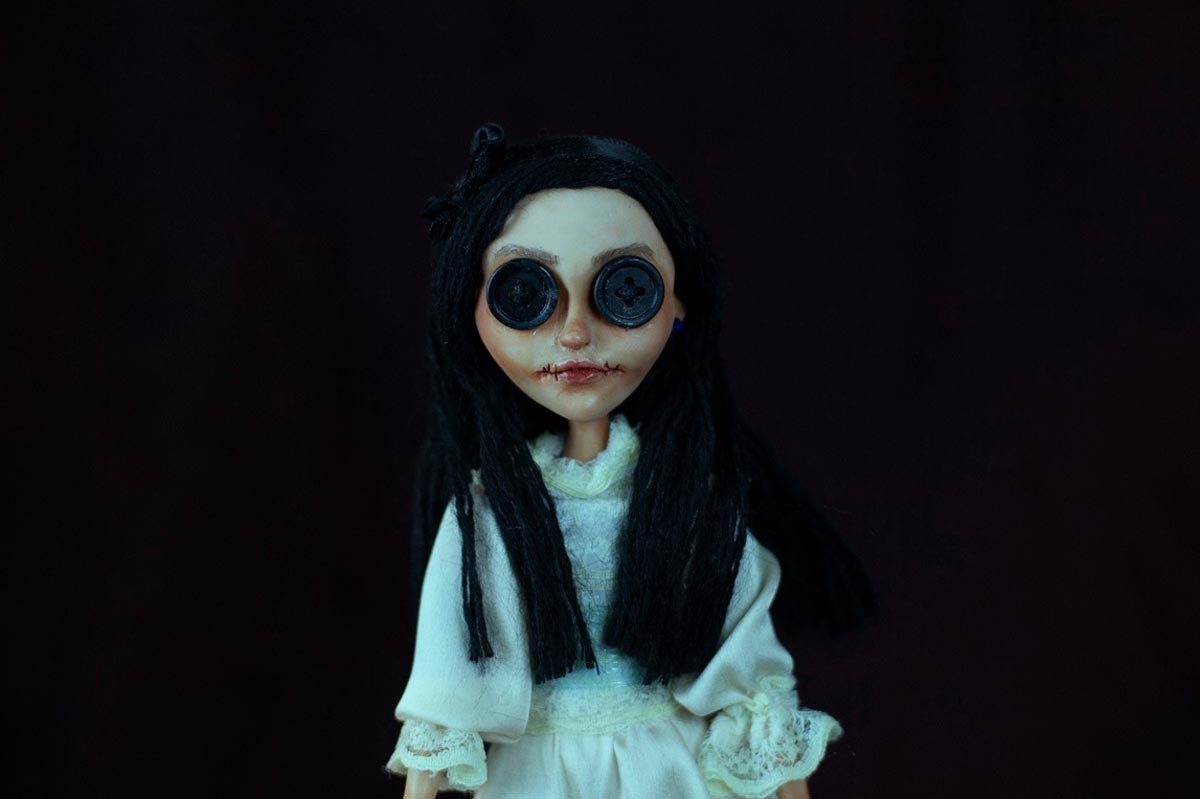 In 2019, in need of a doll for cosplay purposes, she decided to make one herself. She posted the finished work on social networks and got tons of positive feedback. So much so that she decided to quit her job and switch to making dolls for a living.

“I remember putting the doll on Etsy and selling it right away. I was amazed. At the time, I was very disillusioned about my day job. It was very stressful and I started having panic attacks. So leaving was inevitable. If not for the dolls, I’d have chosen a different area,” she admits. 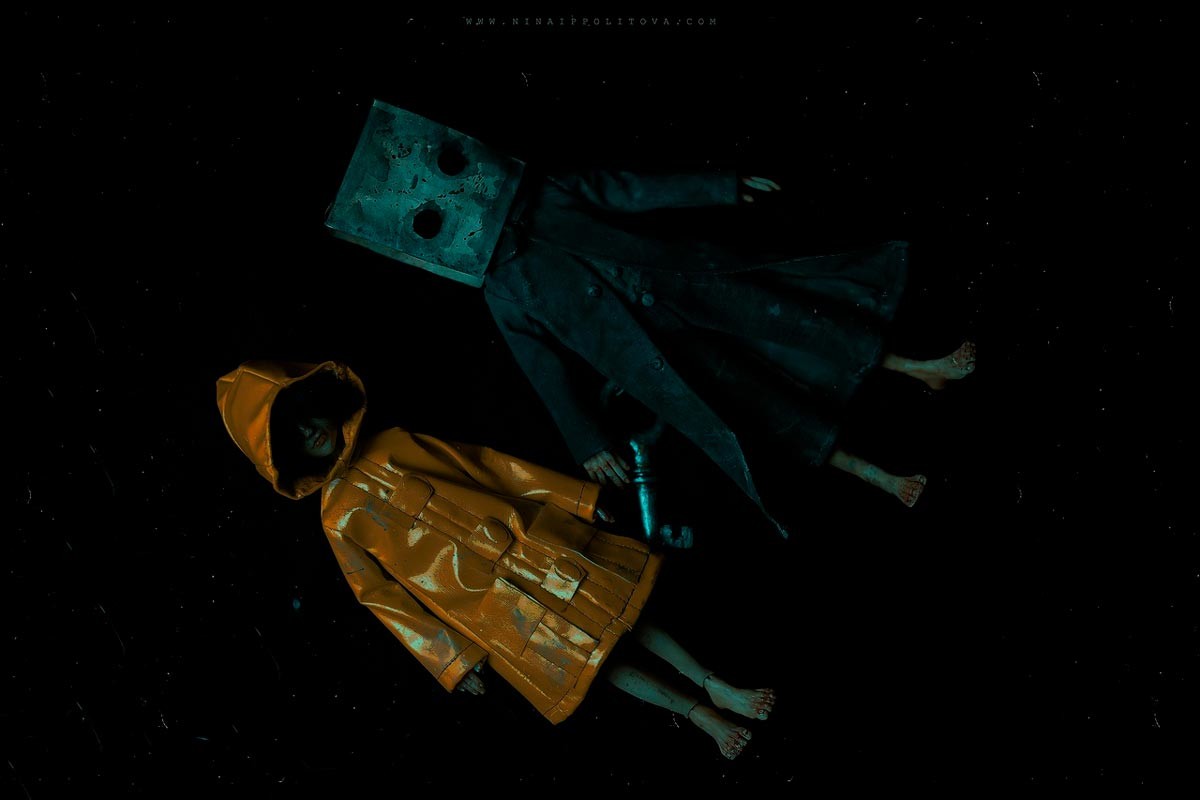 The doll-creating process takes Anastasia from a week to two months, depending on the size and complexity. 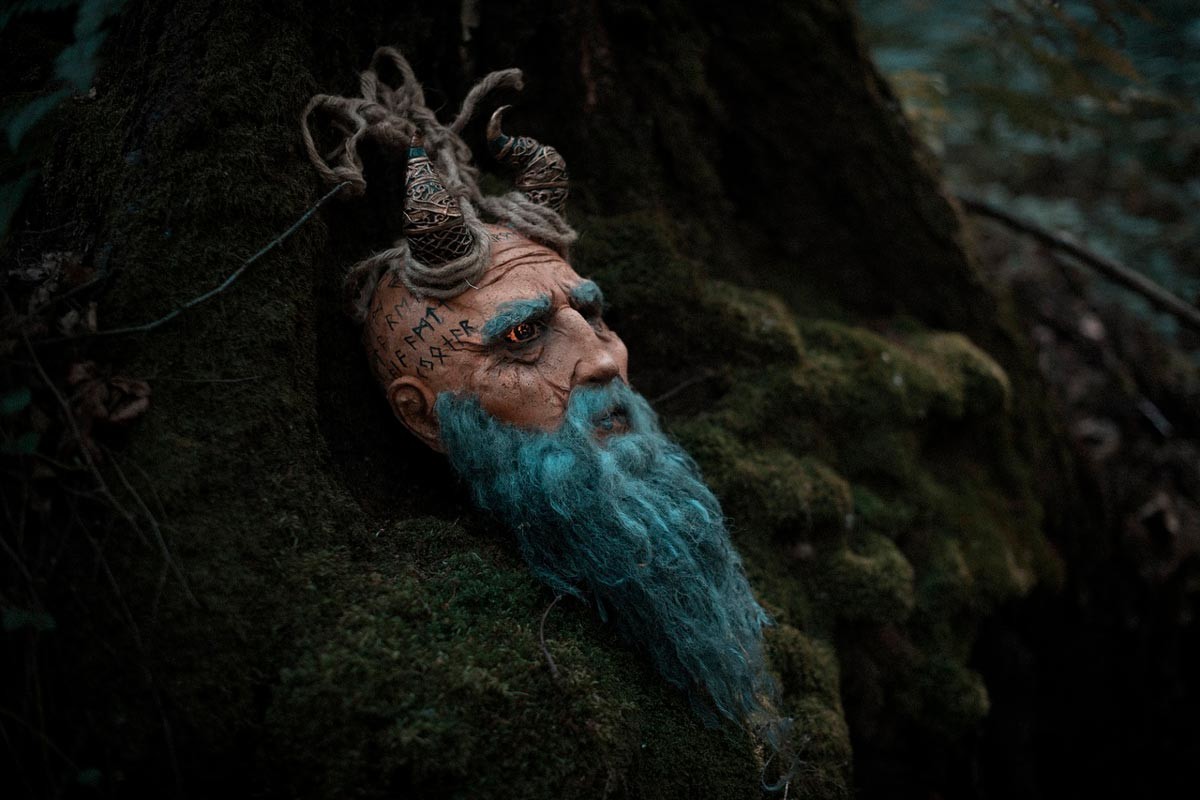 First, she draws a sketch, designs the moving body parts and sculpts them from polymer clay for baking. After that comes the finishing and sanding. She sews the doll’s clothes by hand, ages them with paint, then dresses the doll and does its makeup. 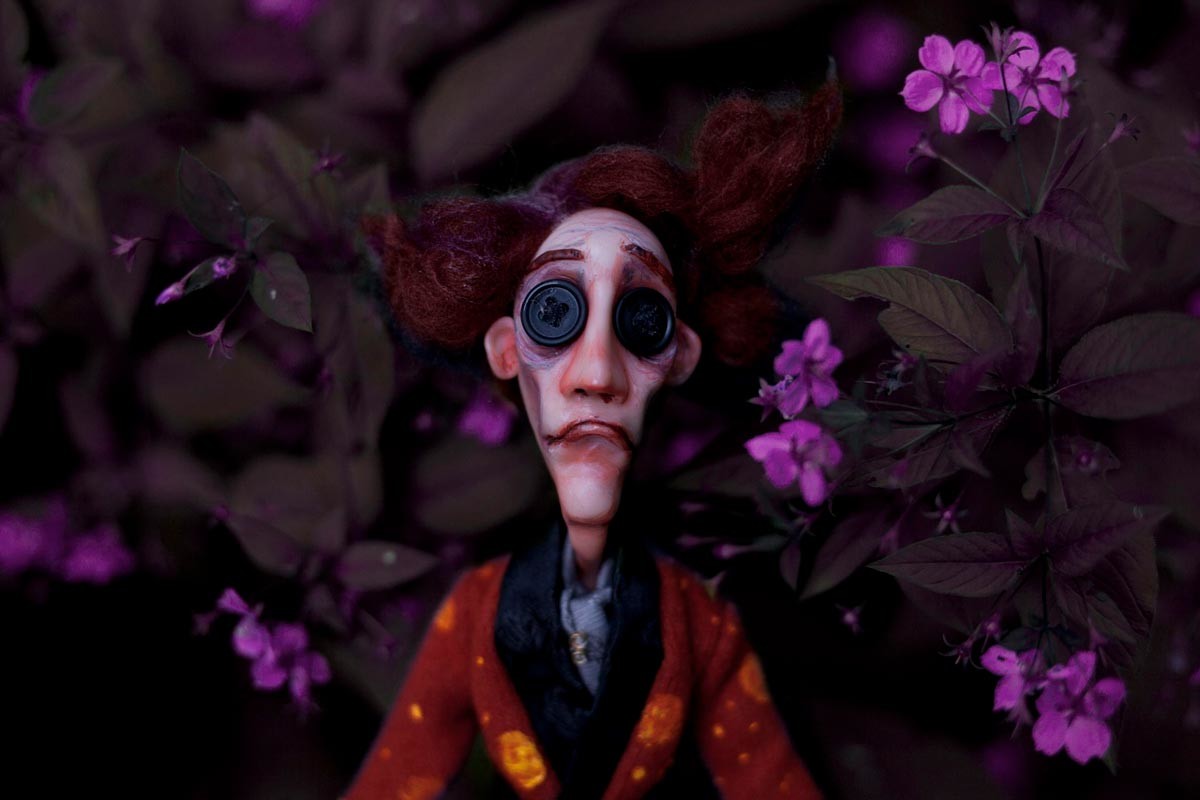 “Modeling is the hardest and most time-consuming part. Before painting, at the sanding stage, all the details have to match the clothing and coloring. Assembling the doll can also take a long time. Painting, on the other hand, is a pleasure, the best part of the process,” says Anastasia. 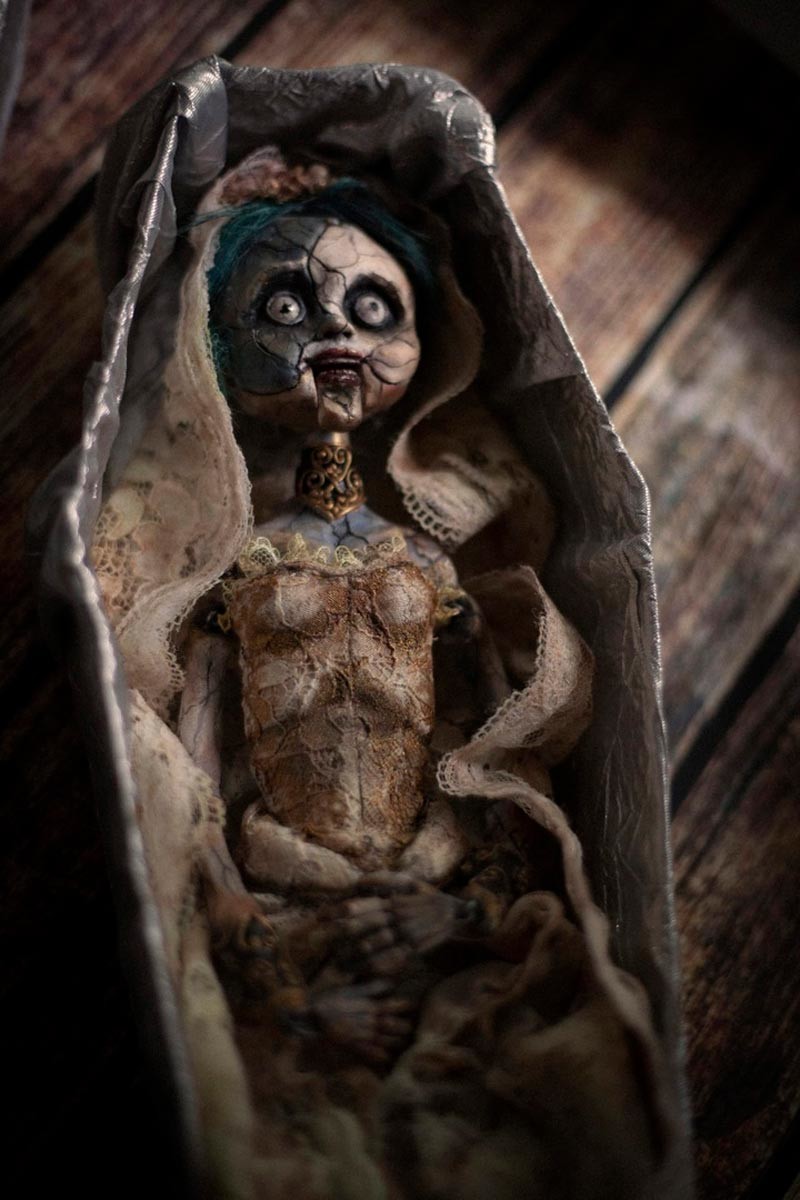 Each doll is packed in a coffin-shaped box with a decorated lid. Depending on its level of complexity, a doll can fetch anywhere from $130 to $1,000.

About 70 percent of her customers live in the U.S. The dolls enjoy a strong following in France, Italy, Great Britain and elsewhere in Europe, as well as in Indonesia, Australia and Canada. 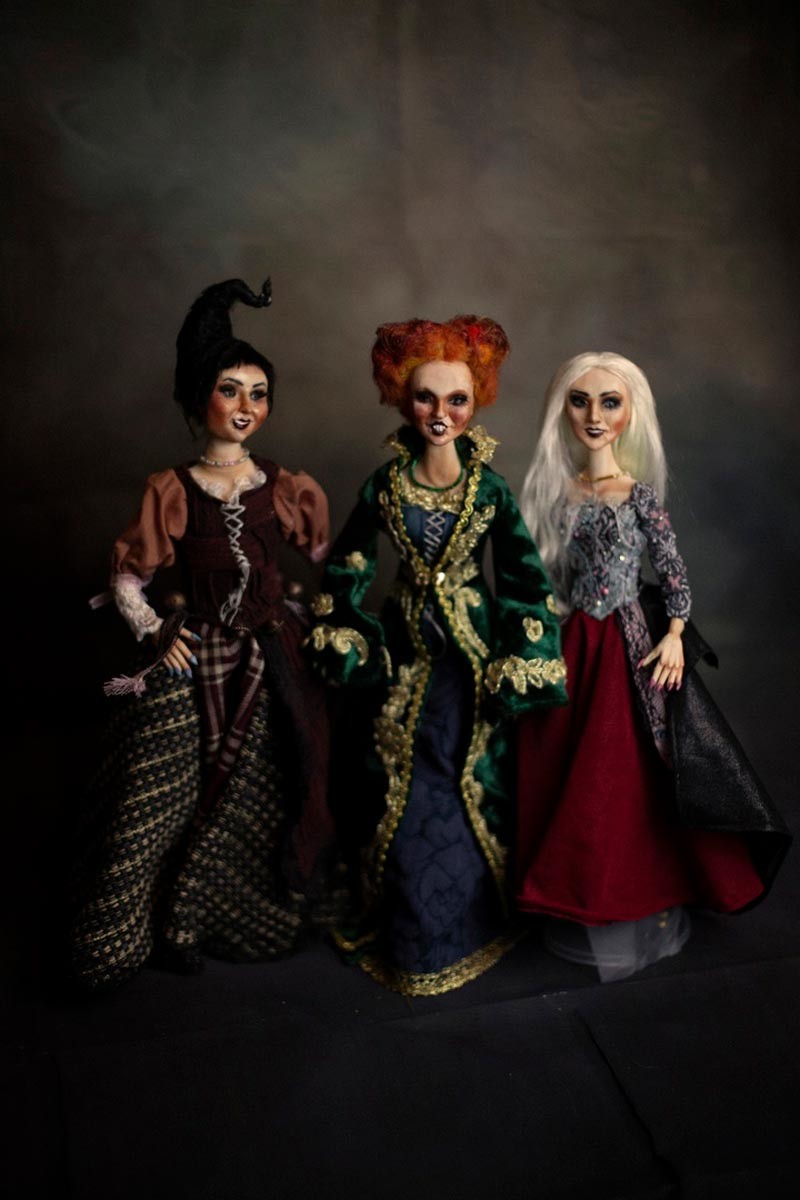 “Most of my customers are adults or teenagers who collect dolls for a hobby and already have lots of others. Buyers include photographers, musicians, ordinary people, as well as students who haven’t yet settled on a profession; some order dolls as a gift,” explains Anastasia.

Almost all her dolls are macabresque, often characters from horror movies or video games. Anastasia especially draws inspiration from the works of Guillermo del Toro, Tim Burton and Stephen King. 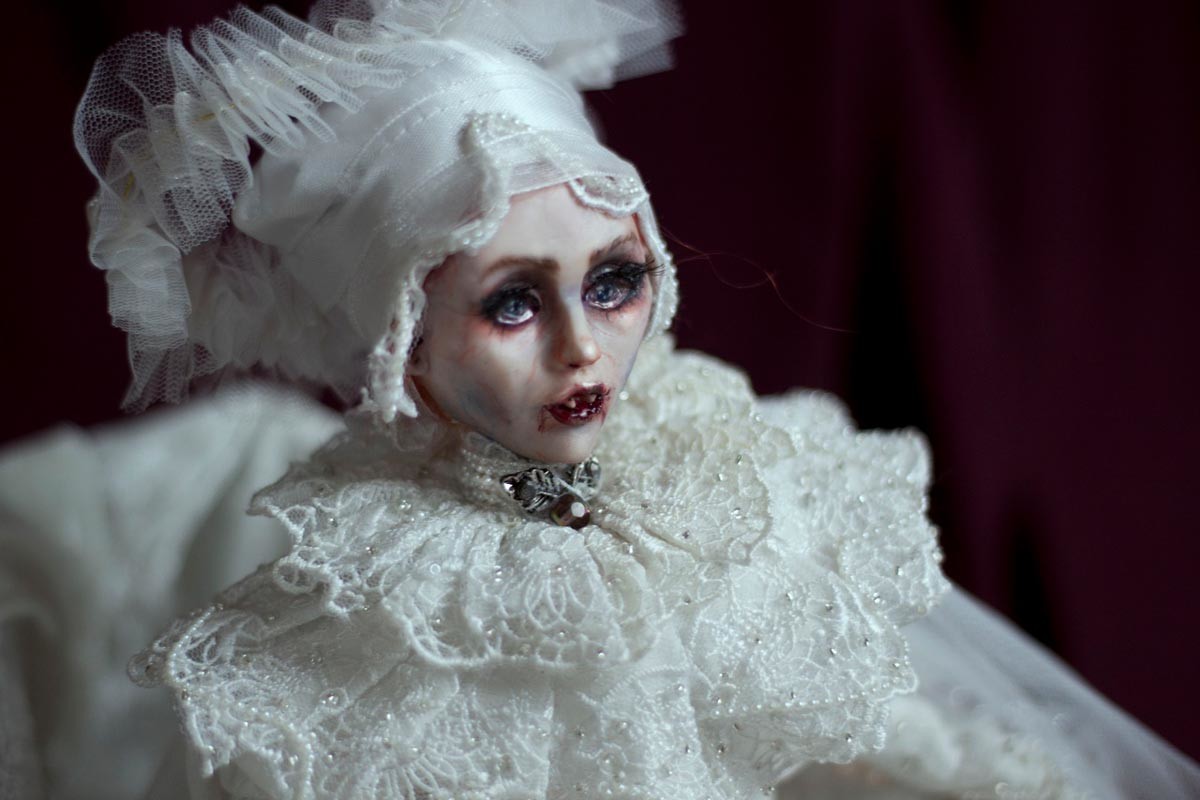 “I’ve always much preferred a dark aesthetic. Most of my clothes are black. And yes, the dolls are a bit like me. Just like some people trace my features in my drawings, there’s something similar in the dolls. I really want to do more of my own original characters, but to build a fan base it’s easier to start with popular images. I think in the future I’ll only do original works,” the artist said, sharing her plans.