Welcome to Pereulye, a digital (and depressing) version of Russia (PICS) 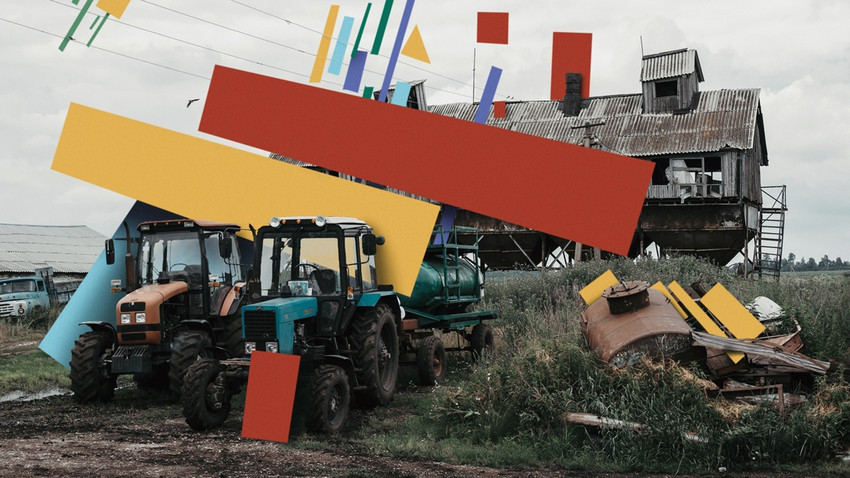 A janitor paints a wall with the logo of the popular Russian messenger service Telegram, police beat an angry-face emoji with truncheons, while an Instagram Stories-style poster with the words “It’s dirty in the city” wallows in a puddle.

These digital collages, dedicated to Russia’s new Sovereign Runet Law (repeatedly criticized by experts and ordinary users of social networks; read more about it here), were published as illustrations to texts by many popular Russian media outlets. So far their creator’s page has picked up 15,000 likes.

The author of these digital works is an anonymous 23-year-old artist from Kazan, known under the pseudonym “Lev Pereulkov”. He is the founder of the Pereulye community on the social network Vkontakte, where he posts photos, texts and digital works devoted to life in Russia.

Even the artist’s friends and mom don’t know about his online passion. This anonymity, he says, gives a feeling of inner freedom.

Lev has been keen on the visual arts since childhood. He went to art school but quickly got bored and quit. Later, he mastered the technique of creating digital collages and began posting his creations on Pereulye, which he launched in 2014. The name combines the Russian words pereulok (“lane”) and uley (“beehive”), which for him are symbols of the city and its busy inhabitants. 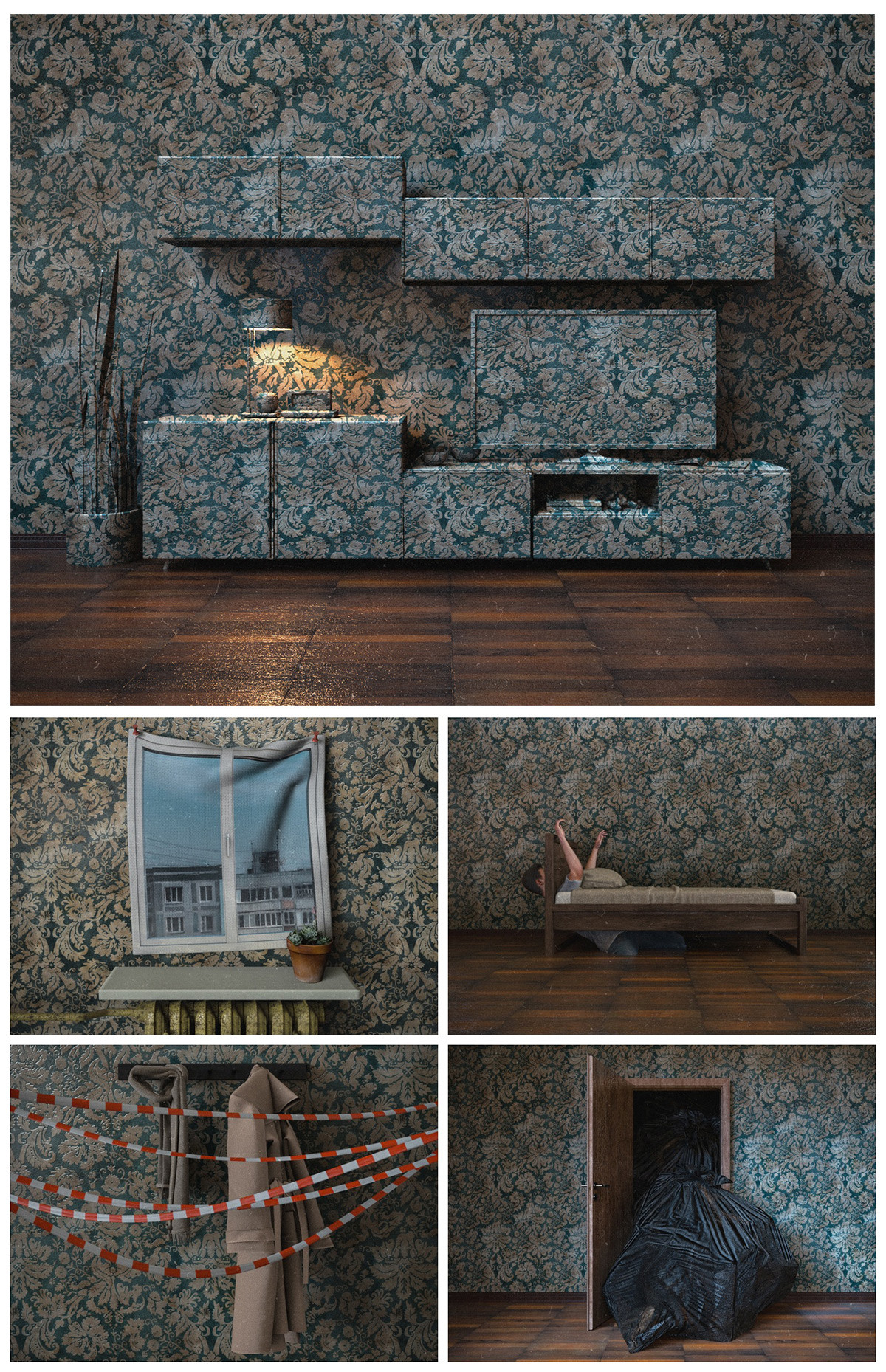 “People love things to do with nostalgia and childhood; even trains, poverty and dilapidation have a romantic tinge. This theme is popular now as well, but hasn’t been properly conceptualized, so I wanted to talk more about it,” the artist explains the idea behind the community.

Three years later, Lev’s work started to get reposted by other million-strong communities, plus he began freelancing projects for design studios. At the same time, he and some friends launched MXD, a community dedicated to conceptual works about life in Russia. One of his first pieces was a representation of Russian streets with elements from paintings by Malevich and other Suprematist artists. 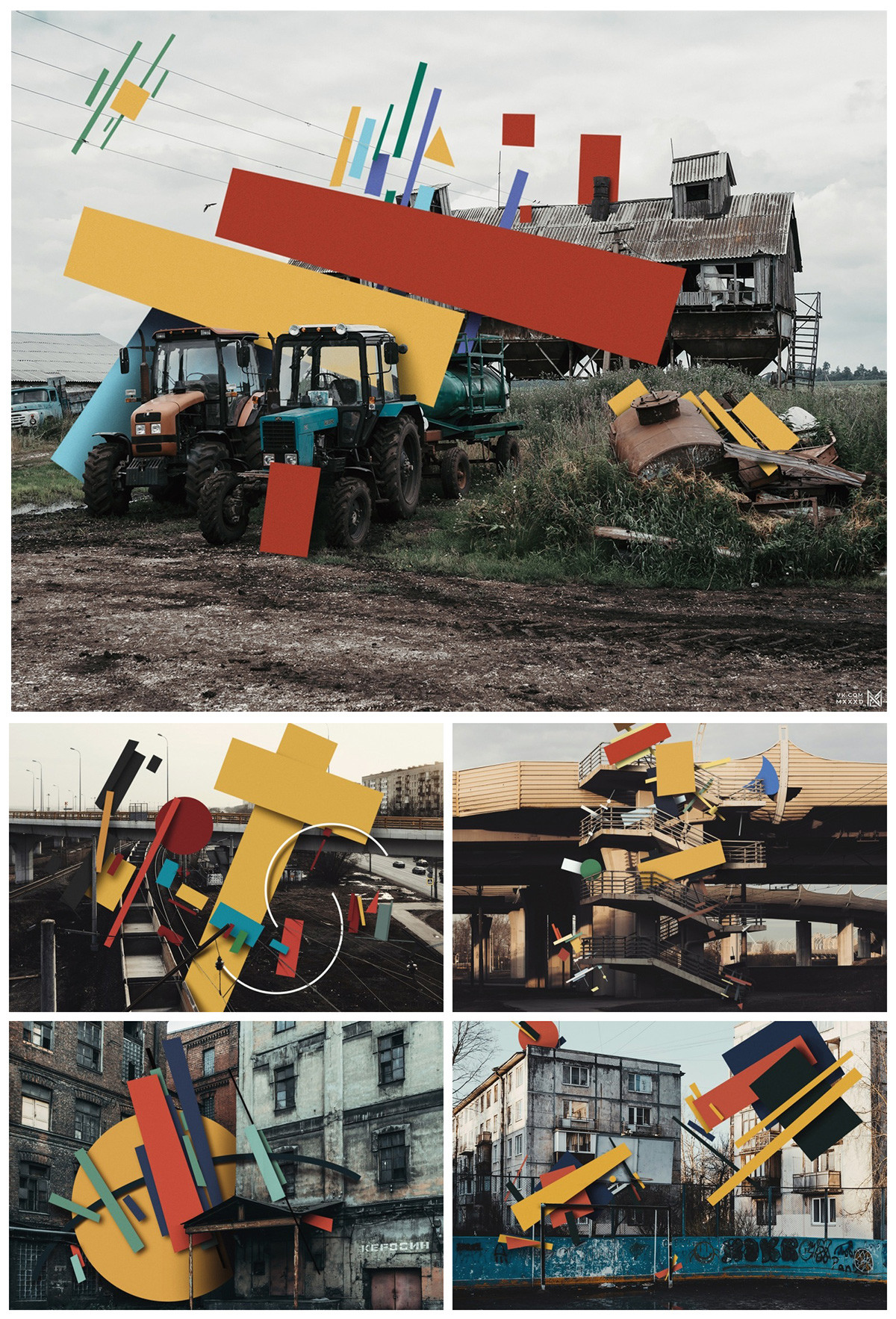 In another series, Lev depicts butterflies with wings that have the color of a Soviet carpet, a plastered wall, an old curtain, notices on apartment building walls, and Soviet emblems. He imagines these butterflies as having lived within the city for generations and adapted to the urban habitat. 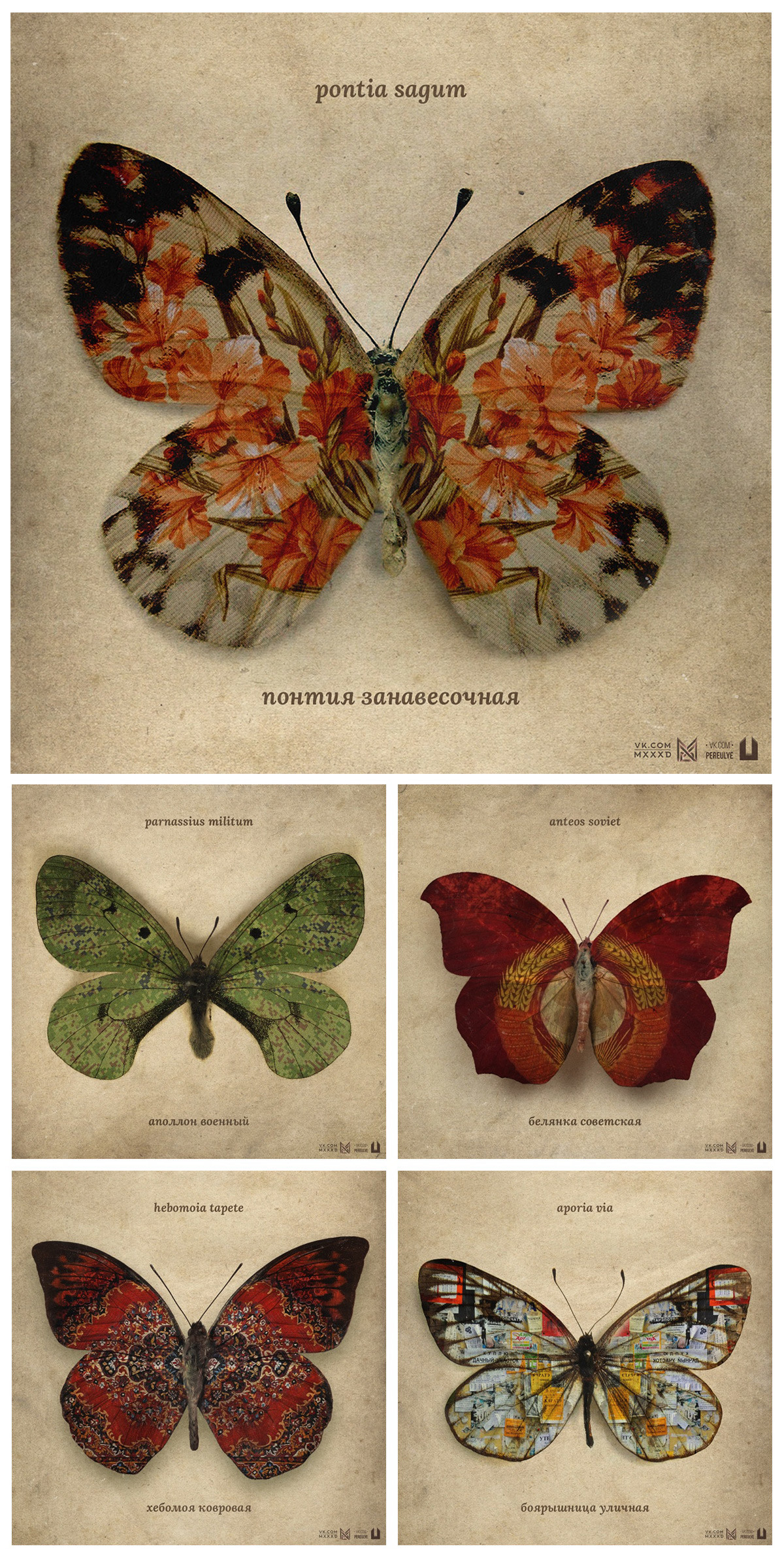 From everyday life to politics

Over time, the everyday romance of high-rise buildings gave way to socio-political themes and the work of journalists in Russia. Pereulkov went to study at the Faculty of Journalism of Kazan State University. Three years later, disillusioned, he quit and continued to work in design.

He posts pieces for Pereulya every month or two. A series takes a couple of weeks to create, and afterwards he feels so drained that he spends the rest of the time resting and seeking inspiration for the next project.

As for the basis for his works, Lev often uses self-made photos of Kazan, affixing the words “Inhuman”, “Vibrant poverty”, “Loneliness” and “Equality” to high-rise buildings in his native city. 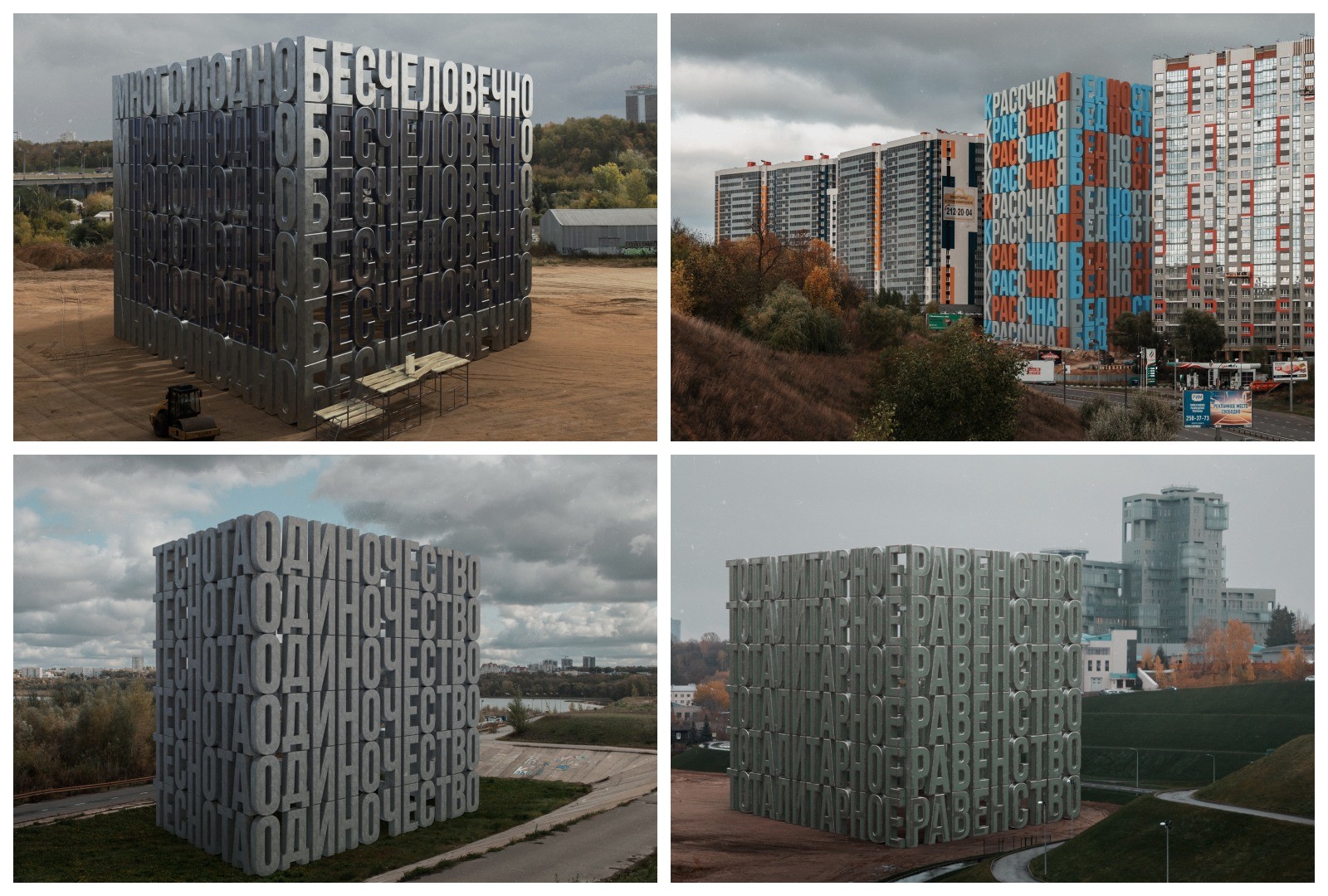 In another collage dedicated to censorship, the buildings are covered with canvases that read: “Everything’s fine here”, “You ain’t seen nothing” and “Pay no attention.” 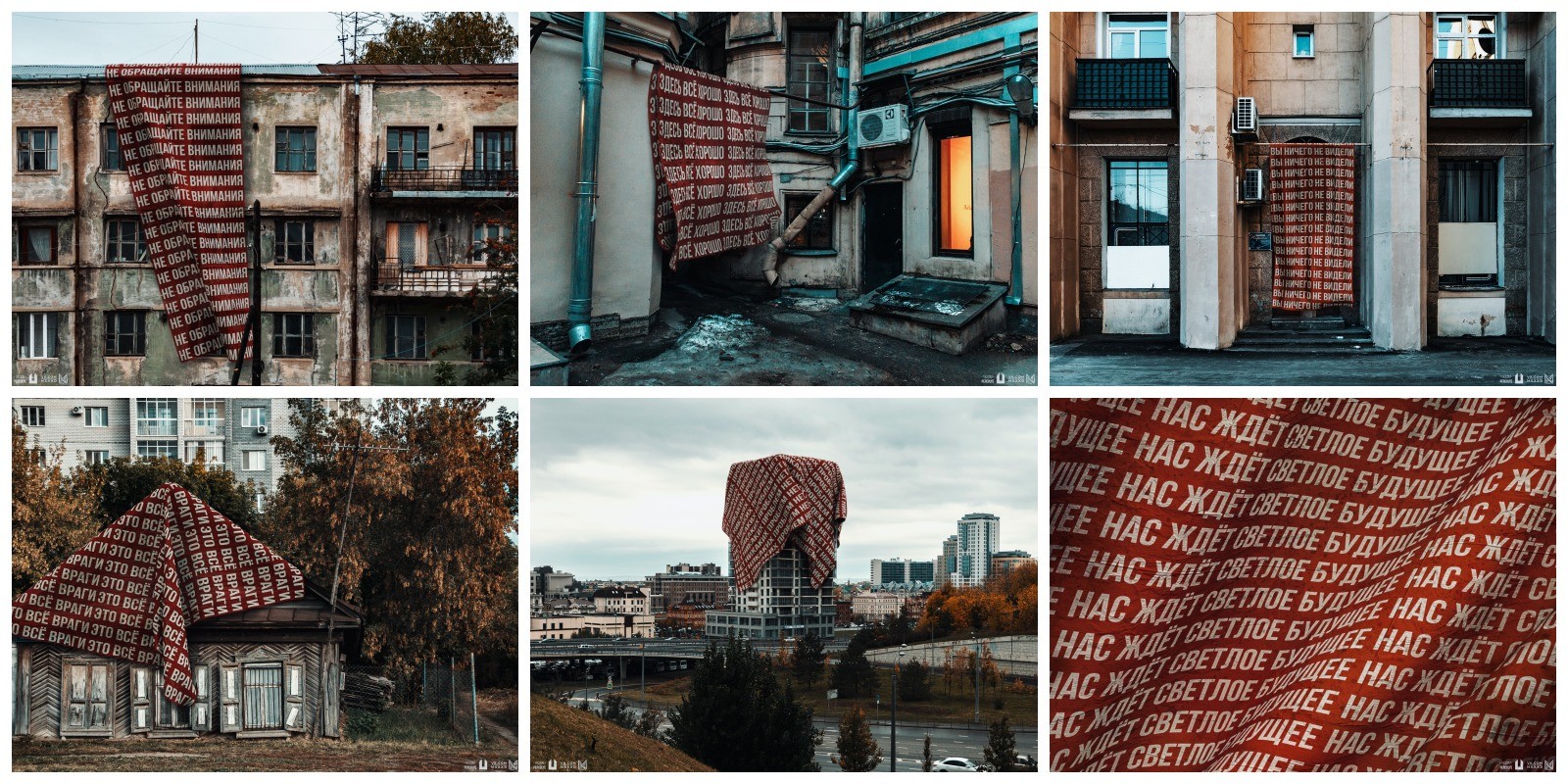 This, in his opinion, is what Russian landscapes look like. 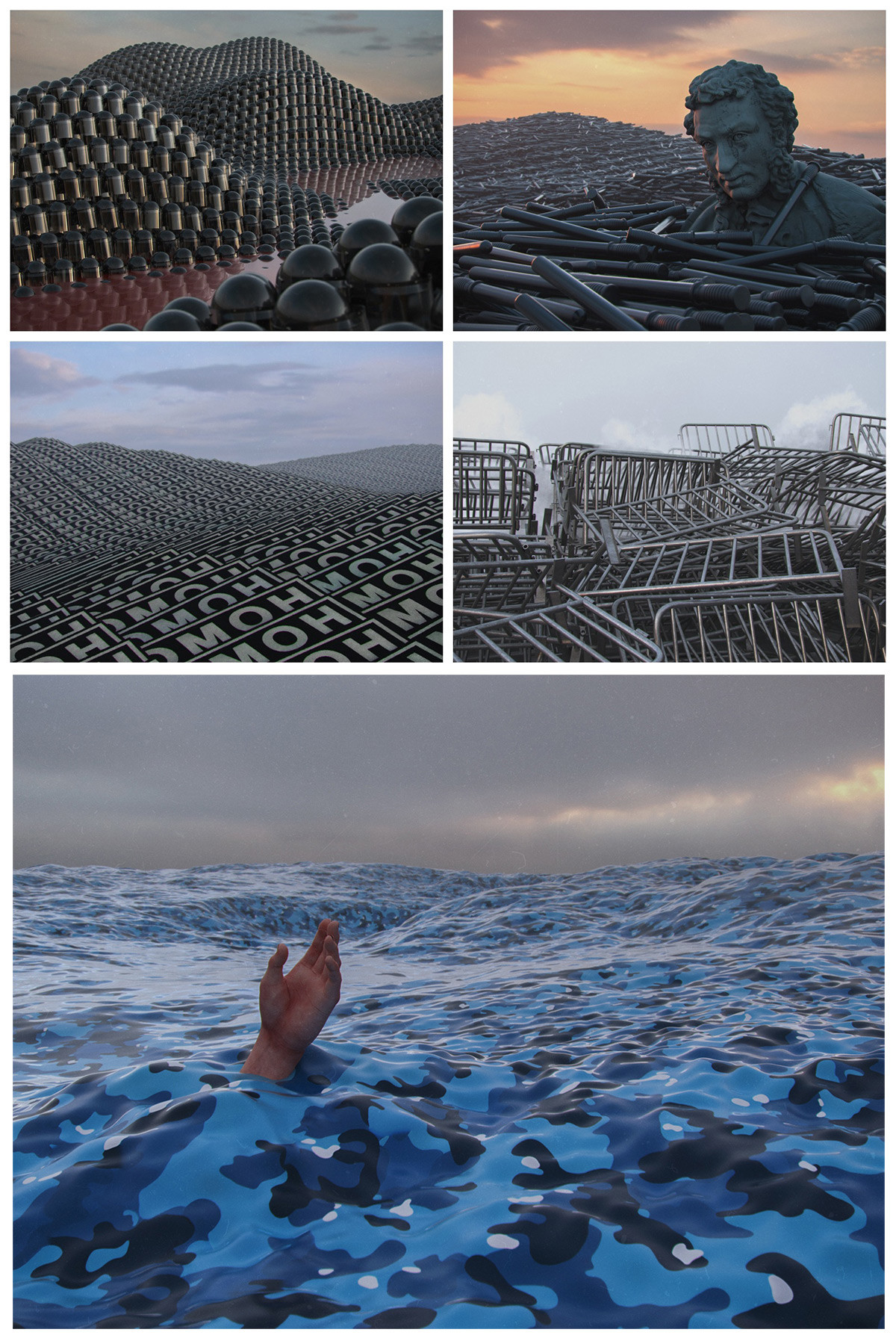 “Russia is a huge field of inspiration. You go out into the street, walk just a couple of meters and right away you’ll see so many terrible and at the same time lovely things that you want to tell about right away,” the artist explains.

Lev sees his future as a “real artist”; he plans to understand art in more depth and dreams of seeing his work exhibited in galleries and exhibitions.

“Now, because I work online, I think more about what the viewer likes. But an artist should think about how to express himself,” Pereulkov shares his insight.