What efforts are being made to talk sense into Russian anti-vaxxers? 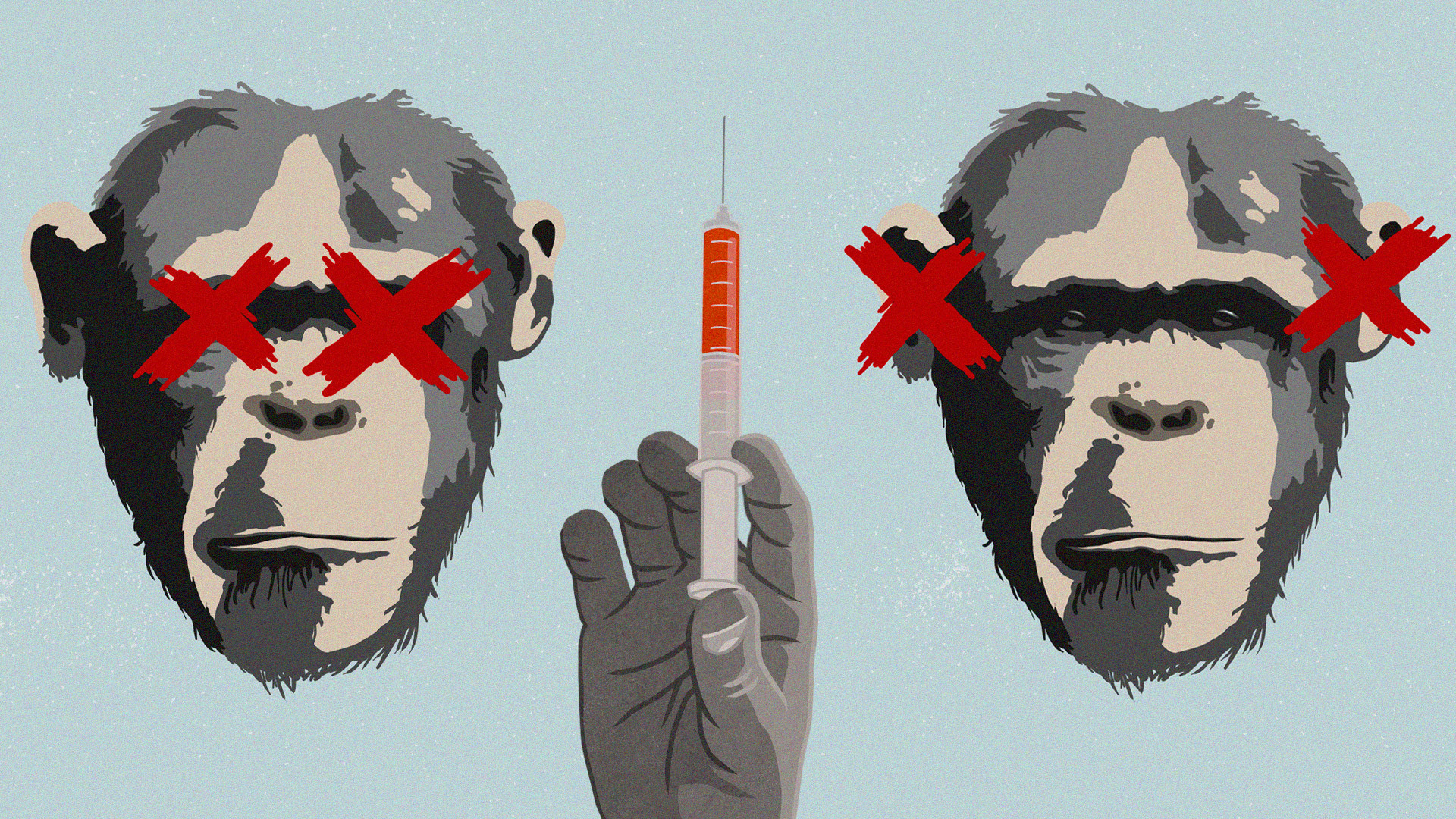 Russia Beyond (Photo: Malte Mueller/Getty Images)
A tour of the “red zone” at a major hospital’s Covid ward, threats of criminal proceedings and whole boxes of personal belongings of Covid victims - these are some of the arguments used to persuade anti-vaxxers to change their minds. Regrettably, some of these methods can lead to unpleasant scenes.

In a hospital corridor, dozens of journalists have surrounded a man in a check shirt and black balaclava, while police escort him towards the exit into the street.

“It had previously been made clear that we were entering (the red zone - Ed.) without personal protective equipment, but they are making us put it on!” complains blogger Sergei Mityushin, who was filming the entire proceedings.

This was the start of the first tour in Russia of a hospital department for Coronavirus patients organized for anti-vaxxers. 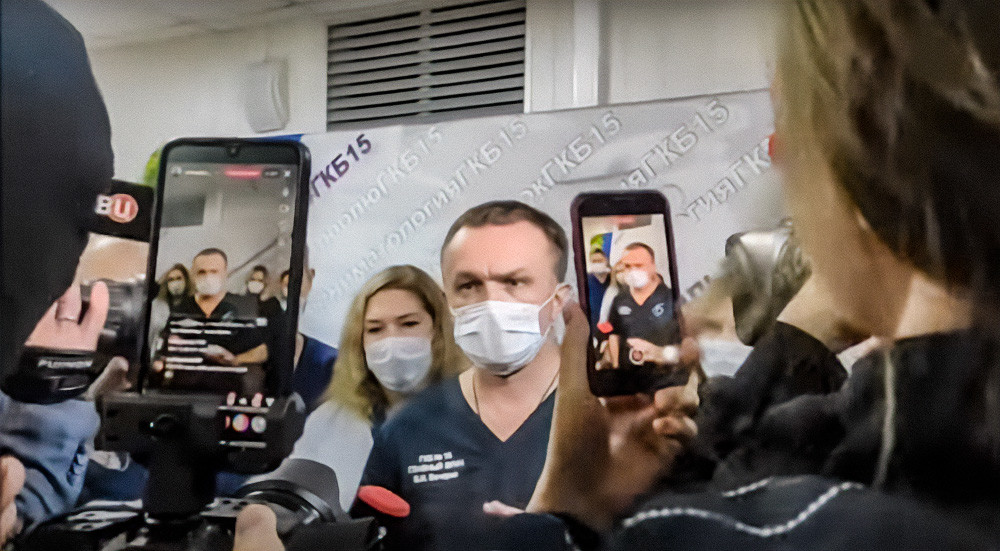 Over ten Russian-language groups and channels for anti-vaxxers are to be found on the Telegram messaging service and other social media. There are tens of thousands of people accessing each of them. Certain Russian politicians and celebrities with a social media audience numbering hundreds of thousands are also openly calling for people not to get vaccinated. Rallies to oppose compulsory vaccination and QR codes for the vaccinated or those who have recovered from Covid have taken place in Moscow, Yekaterinburg and other Russian cities during 2021.

According to the Russian Public Opinion Research Center (VTsIOM), 27 percent of Russians polled do not believe that calls for people not to be vaccinated represent a risk to people’s life or health, while the overall number of anti-vaxxers in Russia is about 15 per cent. That is why doctors are laying on tours in the hope of getting anti-vaxxers to change their minds and stop spreading false stories about the Coronavirus.

Truth and masks versus beliefs and penicillin

On November 24, 2021, doctors from 11 Russian hospitals published an open letter inviting anti-vaxxers, including individual politicians, public figures and celebrities, to visit the red zones of medical institutions and see Covid-19 patients for themselves. The majority of the invited media personalities turned down the offer of a tour, declaring that they had “seen it all before” and that they opposed untested Covid-19 vaccines, compulsory vaccinations and the imposition of QR codes.

In the end, no more than a dozen Instagram bloggers put their names down for a tour of the Moscow ‘O.M. Filatov’ Clinical Hospital No. 15. They included Maria Stepanova, whose mother died of Covid-19 at the Kommunarka Hospital; Sergei Mityushin, who believes that people are being forced into vaccination, in order to boost the profits of the pharmaceutical industry; and Anton Tarasov, who is convinced that Covid-19 does not exist and that the patients in hospitals have had their lungs damaged by toxins allegedly dispersed in the atmosphere. 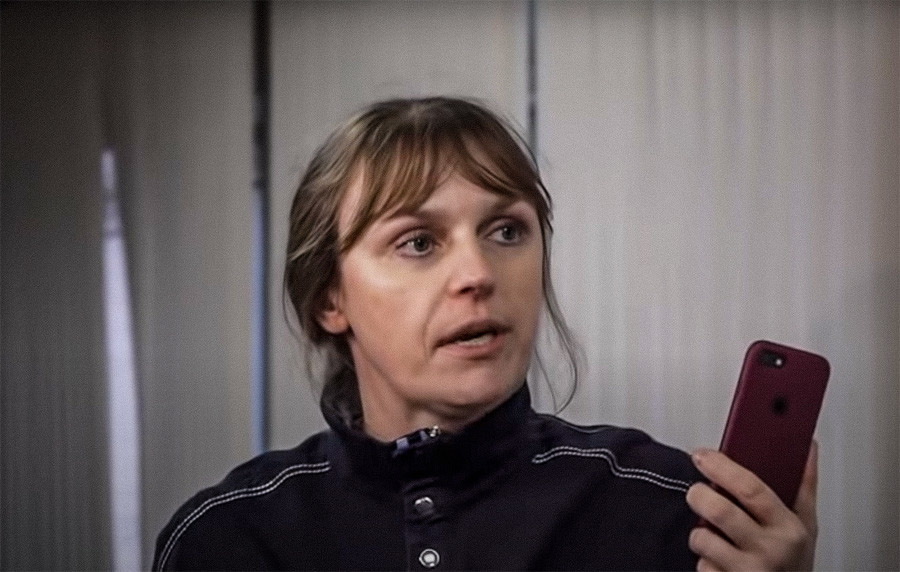 Before entering the red zone, they all refused to put on protective clothing, masks and gloves, arguing that when they had put their names down the doctors had promised to let them in without protective gear, or to sign a compulsory consent form for visiting the department with seriously ill Covid-19 patients. Only Tarasov had equipped himself with chlorhexidine and some other antiseptic just to be on the safe side - he decided that would be enough. In the end, only two of them - Stepanova and Mityushin - complied with all the regulations and went in to see the patients. Neither of the two changed their minds about vaccination as a result of their visit.

“After the tour of the red zone, I expressed my own view to the doctors <...> that it will all come to an end when you (the doctors) have your taxpayer-funded Covid money stopped, the vaccines will be scrapped and this Covid will immediately disappear,” Mityushin wrote on his Instagram. 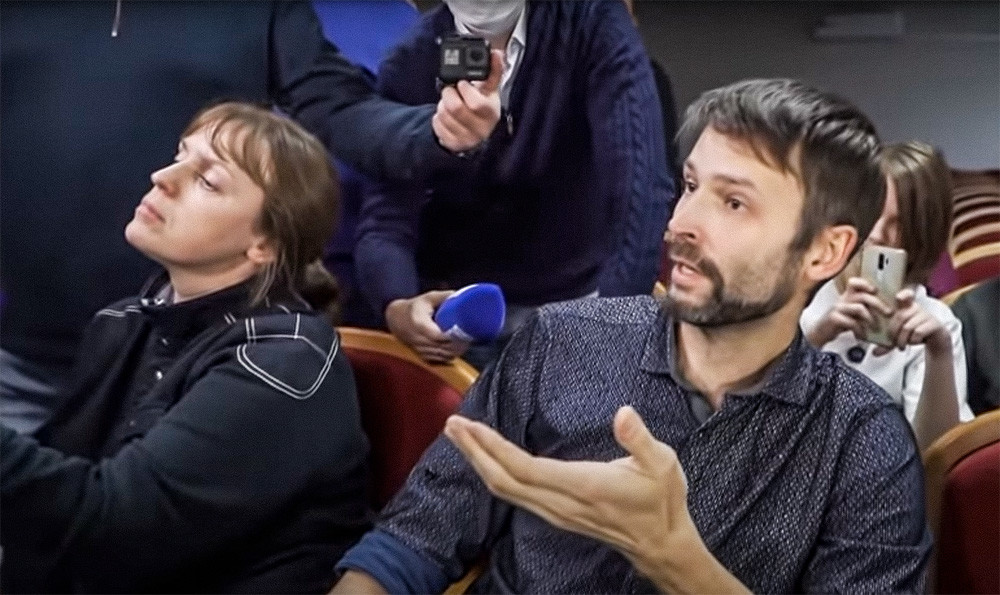 Stepanova declared that all the patients they were introduced to were neatly shaven and tidily combed and resembled hired actors. She also considered that there were too few patients in the red zone, so, in her view, there is no pandemic.

For his part, the hospital’s chief medical officer Valery Vechorko said that no dialogue had been possible - the anti-vaxxers had laughed and been rude to the patients and they had also suggested that the patients be treated with penicillin. 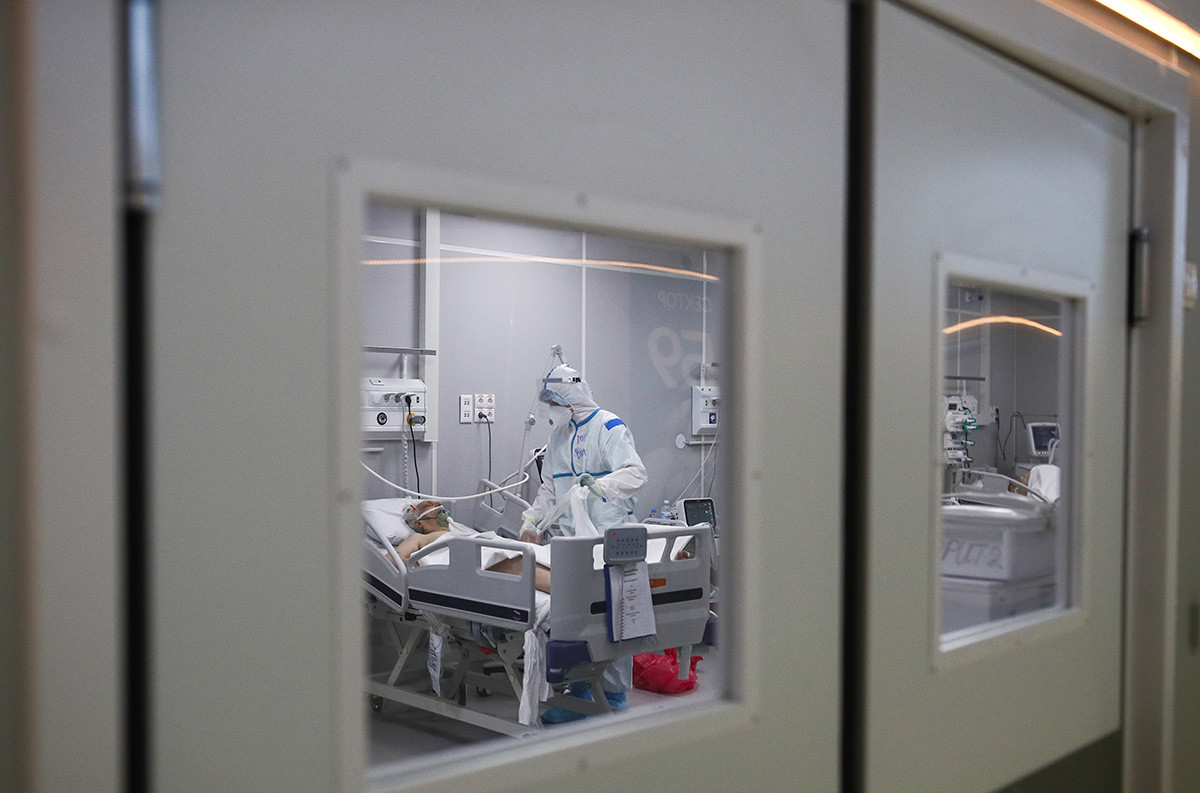 A medical worker treats a patient at a unit of a temporary COVID-19 hospital at the Sokolniki Exhibition and Convention Center. The treatment facility has a reserve hospital and an observation center; its capacity is 550 beds, including 18 for intensive therapy patients

“We went into the intensive care unit and saw patients who were on ventilators and life support machines. At the time, there were two big operations under way and we showed them the work of our surgeons… They (the anti-vaxxers - Ed.) simply don’t want to know the truth,” Vechorko said.

The state is also enlisting statistics in a bid to make anti-vaxxers change their minds. When Rostov Region legislature was debating draft legislation on the introduction of QR codes for the region’s public venues and public transport on November 26, 2021, Russian Federation Communist Party Deputy Irina Polyakova produced a box containing 5,118 signatures opposing the adoption of the law by the State Duma. The signatures had been collected in Rostov in the course of three days, writes the Rostov online portal 161.RU.

“We have to listen to what citizens have to say. <...> I am not opposed to vaccination. I am in favor of a sensible and effective vaccination campaign,” Polyakova said.

In response, the speaker of the parliament and United Russia party member Alexander Ishchenko asked for as many as three boxes of particulars about all the deaths among the region’s residents in the one-and-a-half years since the start of the pandemic to be brought out.

“These people (who died - Ed.) can’t sign any petitions now. I doubt if there is a single one among them who would sign your petition. <...> These [restrictive] measures have obviously been drawn up by experts. There can’t be many people who will like them as they do limit people's rights to a certain extent,” Ishchenko declared.

The deputies eventually backed the bill.

Another method is to block false reports about the Covid-19 on the internet and to track down participants in anti-vaxxer campaigns.

Thus, at the instigation of Roskomnadzor, the agency that oversees compliance with the laws in the media and on the internet, 3,500 internet pages with fake news about Covid-19 have been removed from the Russian internet since the start of 2021.

In addition, on November 1, 2021, federal health watchdog Roszdravnadzor instructed the regions to trace participants in anti-vaxxer campaigns and to report them to the prosecutor’s office and investigatory authorities. It asked that special attention be paid to medical workers “actively disseminating deliberately false information about the harm of vaccination against Novel Coronavirus infection”. 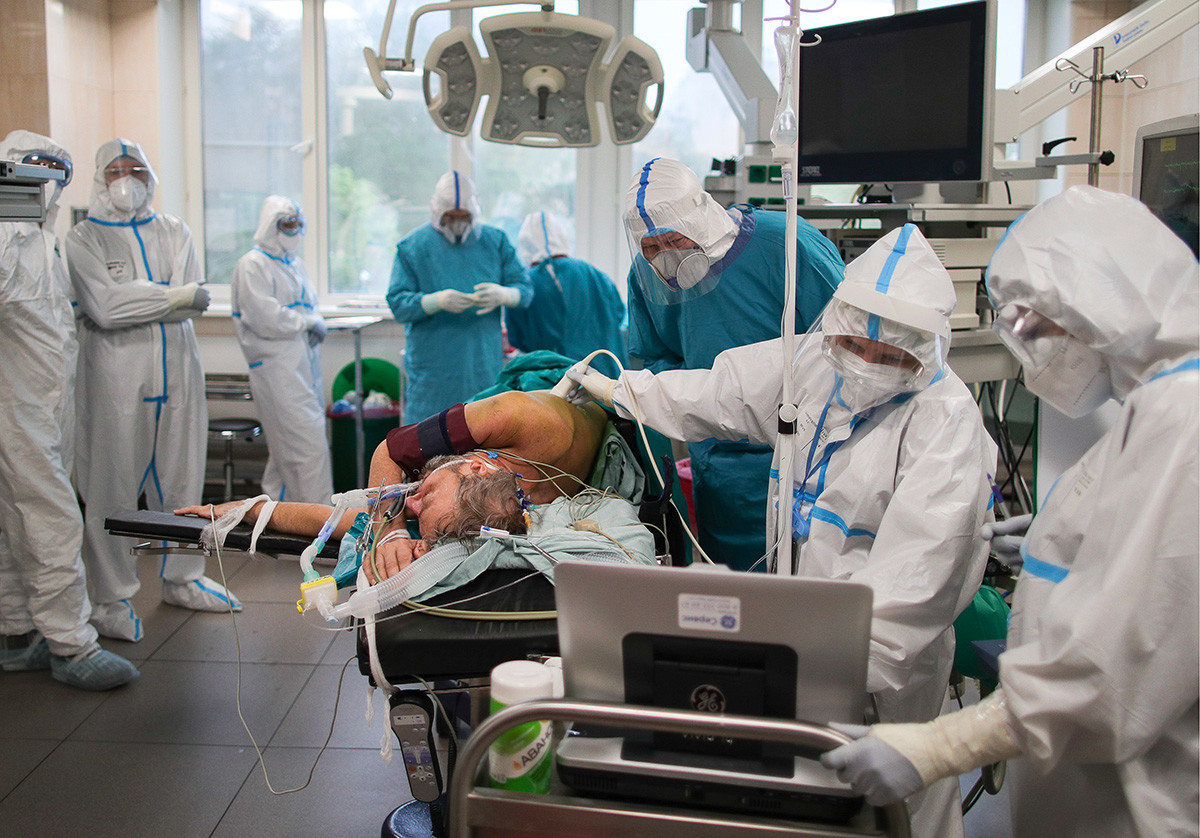 Information about 37 individuals conducting anti-vaxxer campaigning on social media was reported to the prosecutor’s office in the course of a month.

“We reported individuals who were actively foisting anti-vaxxer views on others. But it will be up to the prosecutor’s office to make the appropriate legal assessment,” explained the Roszdravnadzor chief for Volgograd Region, Irina Bachkova.

It is planned to punish anti-vaxers under articles 207.1 and 207.2 of the Russian Federation Criminal Code. The first article prescribes penalties for the public dissemination of deliberately false information in circumstances that could threaten the safety of citizens. The punishment is a fine of 300,000-700,000 rubles (approx. $4,000-$9,500) or a custodial sentence of up to three years. If the falsehood leads to someone’s death or has other serious consequences, the perpetrator can be fined from 1.5 to 2 million rubles (approx. $20,000-$27,000) or receive a custodial sentence of up to five years.