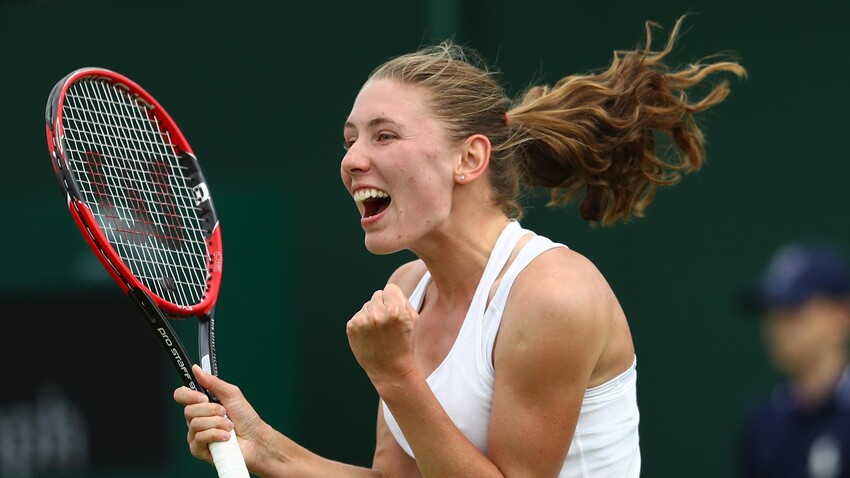 Getty Images
Ambitious and intense, these beauties are bidding for success and glory! 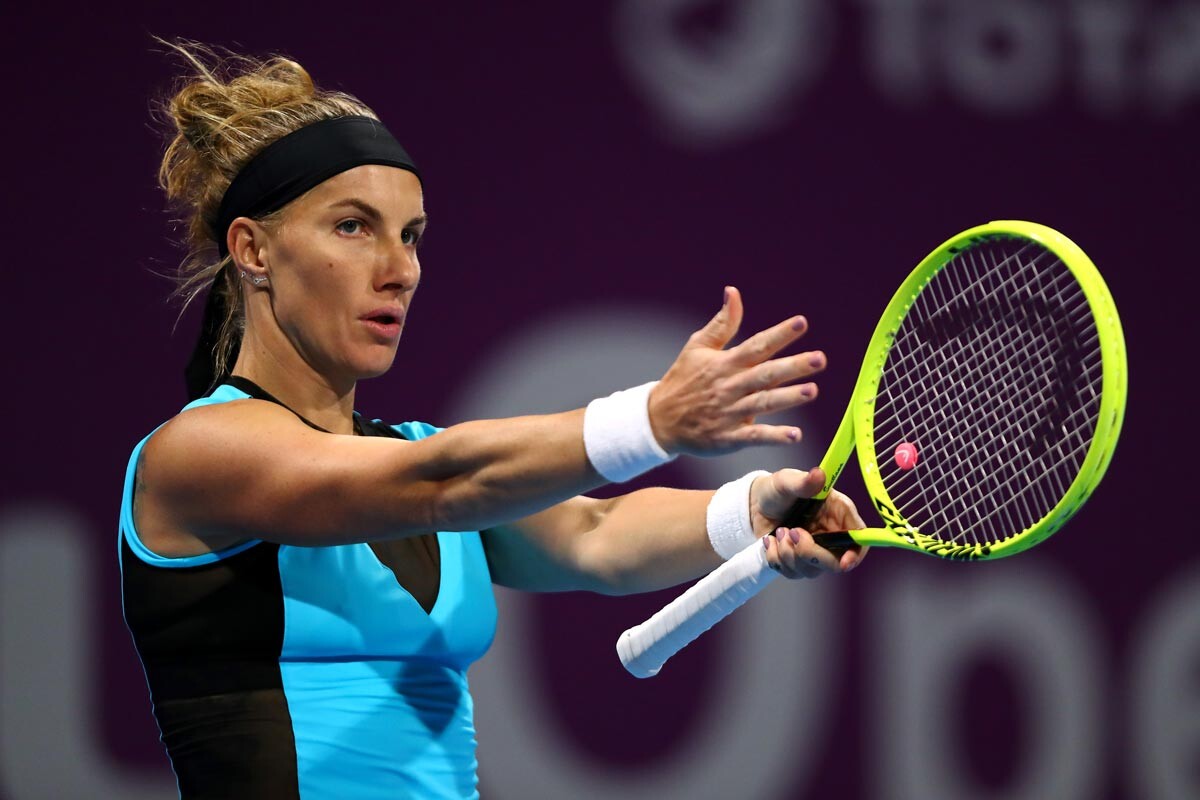 Svetlana, who comes from a sporty family, began playing tennis at the age of seven. Her father, Aleksandr Kuznetsov, is a cycling coach of six Olympic and world champions, while Svetlana’s mother, Galina Tsareva, is a six-time world champ and holder of twenty world records. Born in St. Petersburg, Svetlana moved to Spain when she turned seven to attend the Sanchez-Casal Academy, known as the alma mater of tennis stars. Kuznetsova first showed she had a killer instinct in 2007, her best season to date (she finished at No. 2 back then.) Kuznetsova has appeared in four Grand Slam singles finals, winning two. One thing is certain: Svetlana, who has won a total of 18 WTA singles and 16 WTA doubles titles, never gives up and it’s that fighting spirit that still makes the 36-year-old player dangerous. 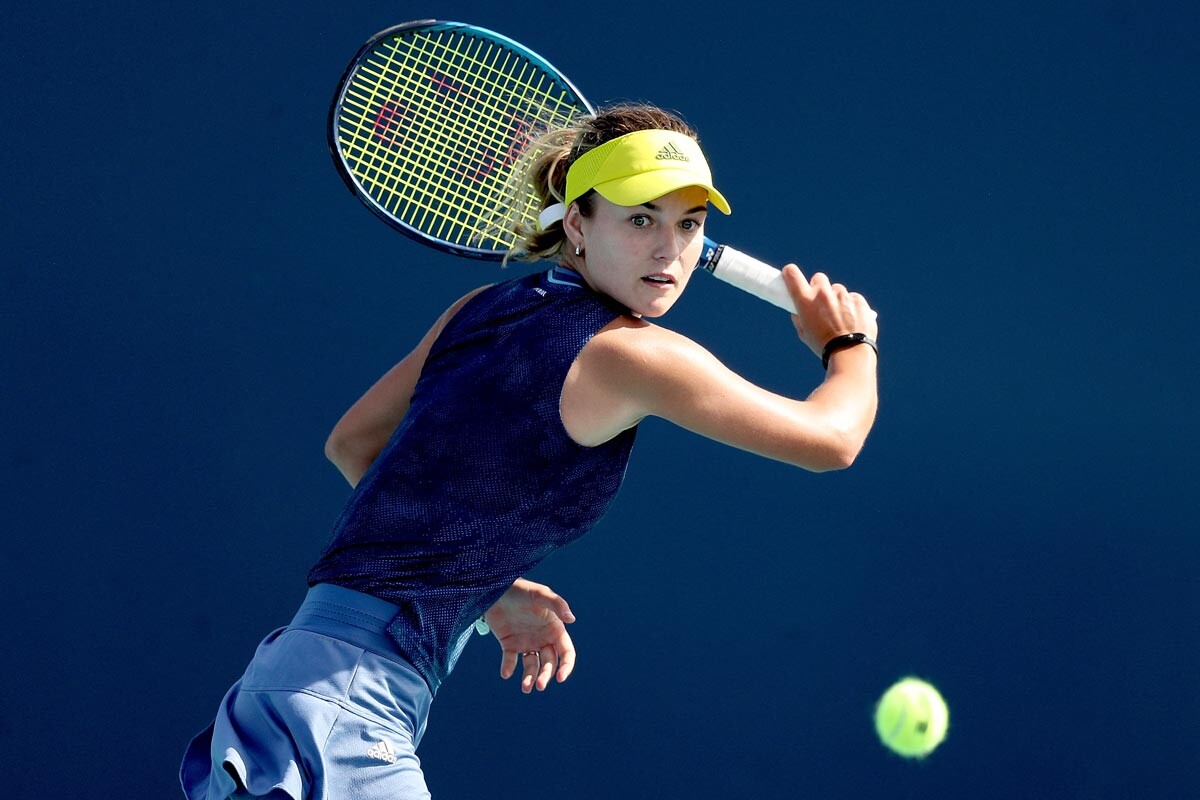 Anna was born with the instinct and desire to win. She was on cloud nine when she beat Sloane Stephens, of the United States, in the Arthur Ashe Stadium at the 2019 US Open. “You need to hit a tennis ball so that it flies faster than the shuttlecock,” Kalinskaya says and she knows what she is talking about. Anna’s parents are both former professional badminton players. Sports success and will to win runs in her family. She began playing tennis when she was only five, while spending summer at her grandmother’s dacha. At just 23 years of age, Anna has a long way to go before becoming world No. 1, like her Belgian idol, Kim Clijsters.

Vera inherited her passion for sport from her mother, an Olympic bronze medalist in field hockey. It was she who introduced little Vera to tennis at the age of six. At the 2003 French Open, Zvonareva defeated the then world No. 3, Venus Williams, in the fourth round. In 2008, she became a bronze medalist at the Beijing Olympics. In doubles, Zvonareva has also won five Grand Slam titles, winning her third women’s doubles Grand Slam title at the U.S. Open in 2020, partnering Germany’s Laura Siegemund. Her career-high WTA ranking was world No. 2 in 2010. Zvonareva has won twelve WTA Tour singles titles and was a bronze medalist at the 2008 Beijing Olympics. In doubles, she has won five Grand Slam titles. At 37, Vera is undoubtedly still very much a force to reckon with. 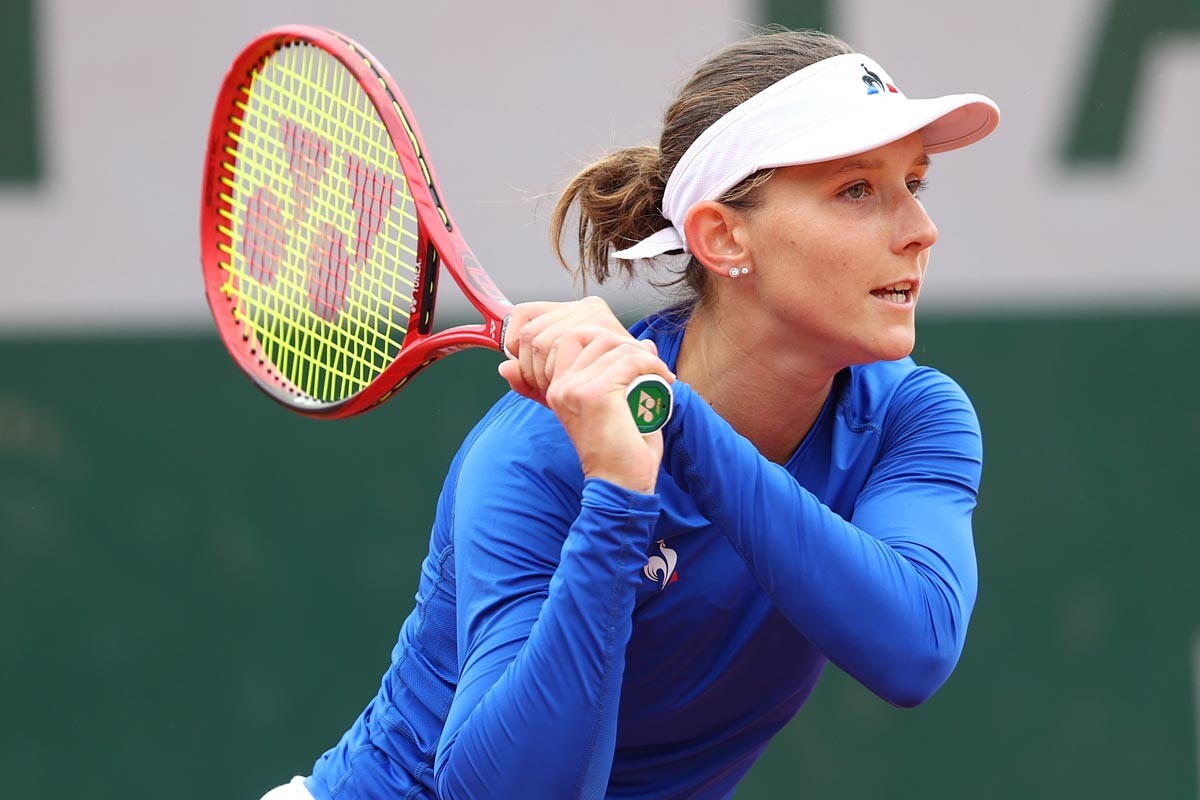 Varvara’s mother instilled the love of tennis in her daughter and was her coach until the age of 14. These days, Varvara spends most of her time on the French Riviera at the ETC Academy, where she trains alongside Daniil Medvedev, who led Russia to a third Davis Cup title since 2006 on December 5, 2021.

Varvara took advantage of her fresh WTA debut at Lausanne in 2019, where she beat Julia Grabher in the final. Gracheva has won seven singles titles on the ITF Circuit. She is only 21, so it’s just the beginning! 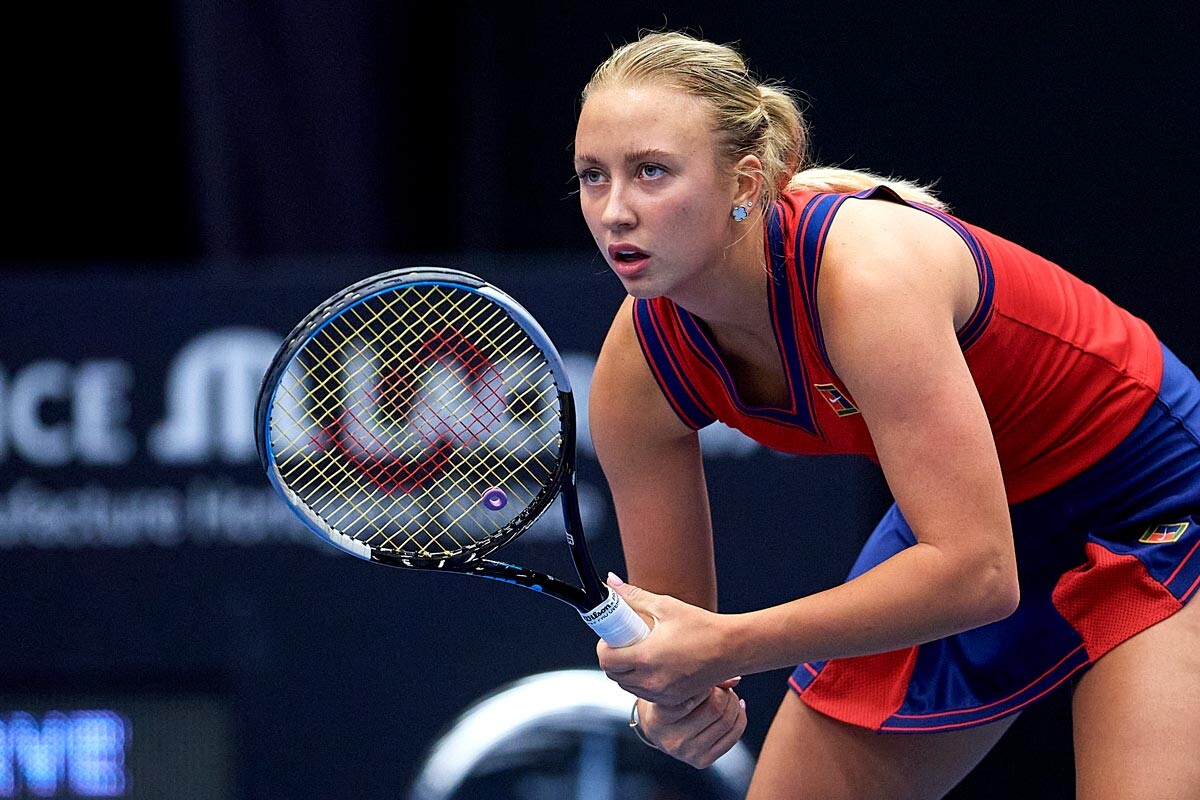 The blond bombshell is a former junior No. 1 and the 2016 Wimbledon girls’ singles champ. Her sporty destiny was predetermined. Anastasia’s mother played basketball, while her grandmother was a basketball coach. Potapova began playing tennis at five. At the 2021 Australian Open, she beat the 24th seed, America’s Alison Riske, in the first round, but lost in the third round to 10th seed Serena Williams. Not bad for a 20-year-old! It looks like Potapova is on the fast track to success. 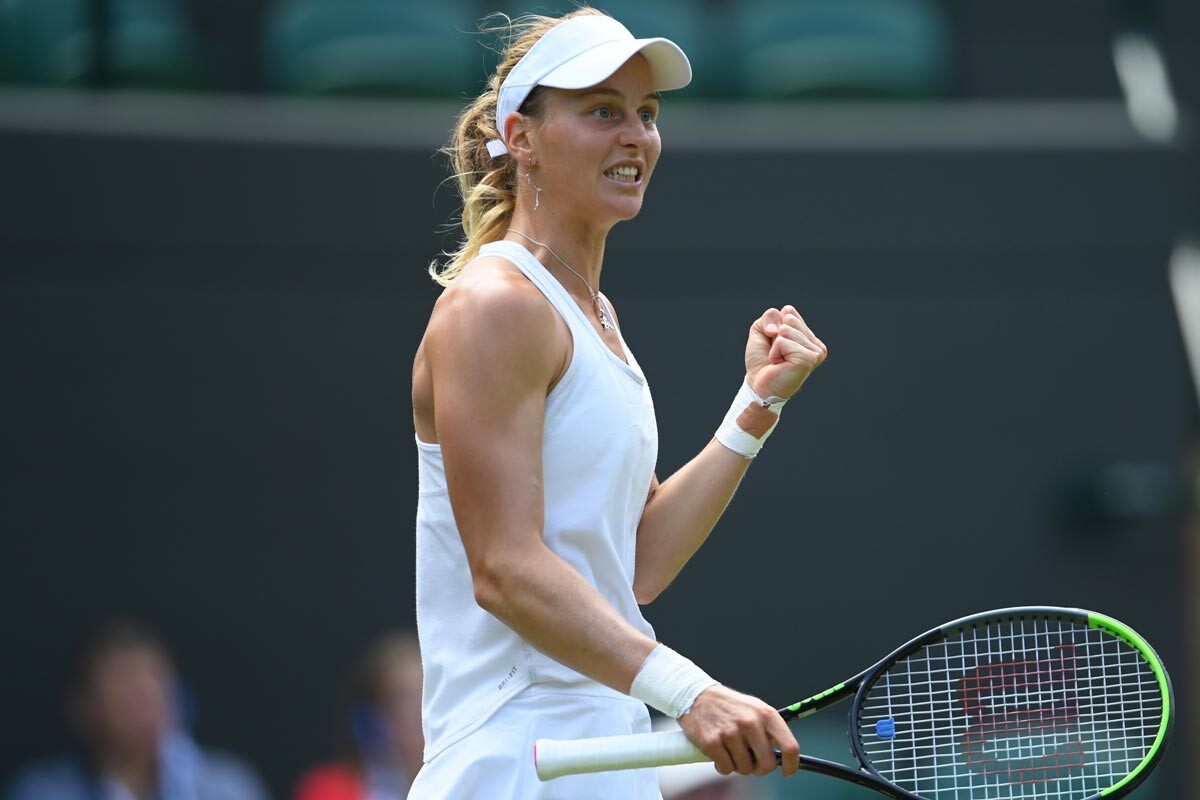 Take it as a kind of warning: Samsonova, 23, likes to play on the hard court, her favorite shot is her forehand and her role model is Maria Sharapova.

Born in the city of Olenegorsk, Murmansk Region, her family moved to sunny Italy when Lyudmila was only 18 months old. Her father, a talented table tennis player, was invited to play for the Torino-based club ‘Ferentino’. There wasn’t much of a choice when it came to what sports to play. Her dad said Lyudmila could either follow in his footsteps and start playing table tennis or try lawn tennis, for a change. Samsonova took up tennis at the age of six. Until 2018, she represented Italy in professional sports, before switching to her native, Russia. Lyudmila made waves in Russia and overseas, when she won her first WTA Tour title at the 2021 German Open. Samsonova has also won six titles on the ITF Circuit. 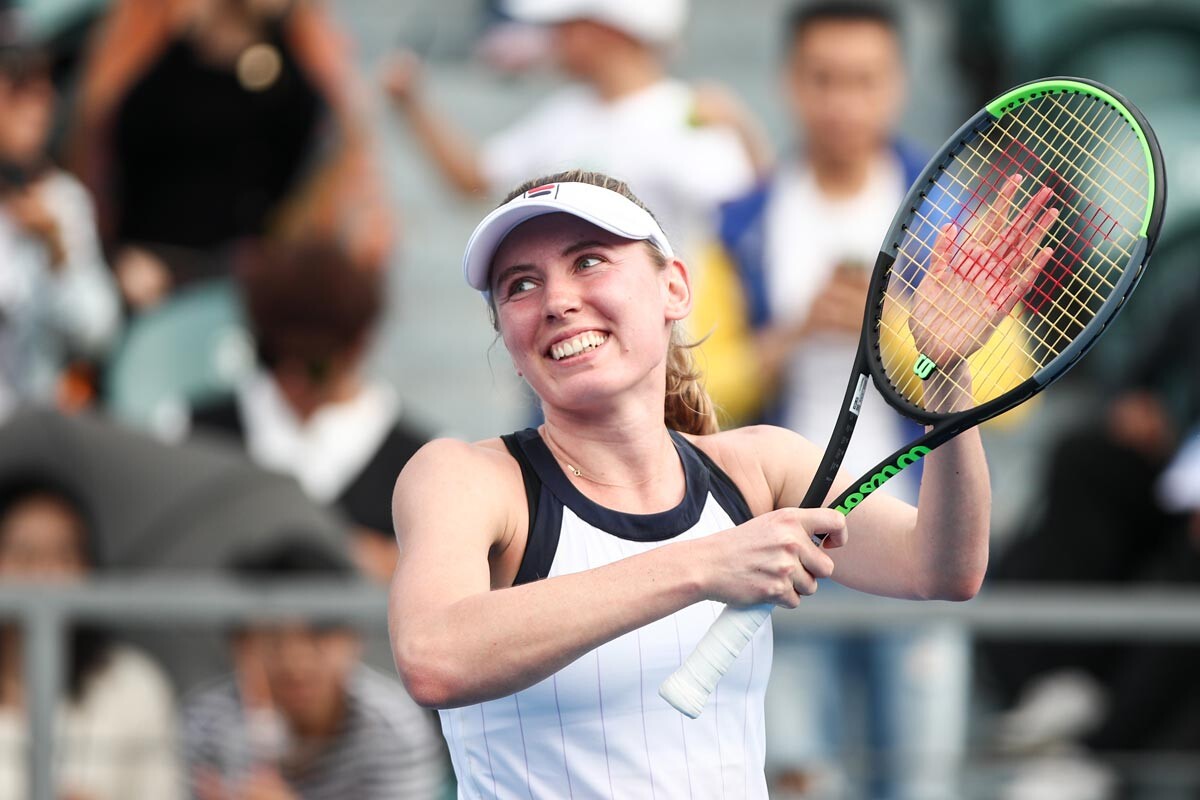 27-year-old Alexandrova is a big fan of Serena Williams and her professional aspirations are as high as a mountain, too! Born in the city of Chelyabinsk, in Russia’s Urals, Alexandrova has been living and training in Prague since 1996. Coached by her father, she has won seven singles titles on the ITF Circuit and a WTA singles title. She showed her fighting qualities at the French Open 2021, where Alexandrova beat 40-year-old seven-time Grand Slam champion Venus Williams in the first round. And even though she was knocked out in the second round by eventual Roland Garros champion Barbora Krejcikova, the victories will surely keep coming. 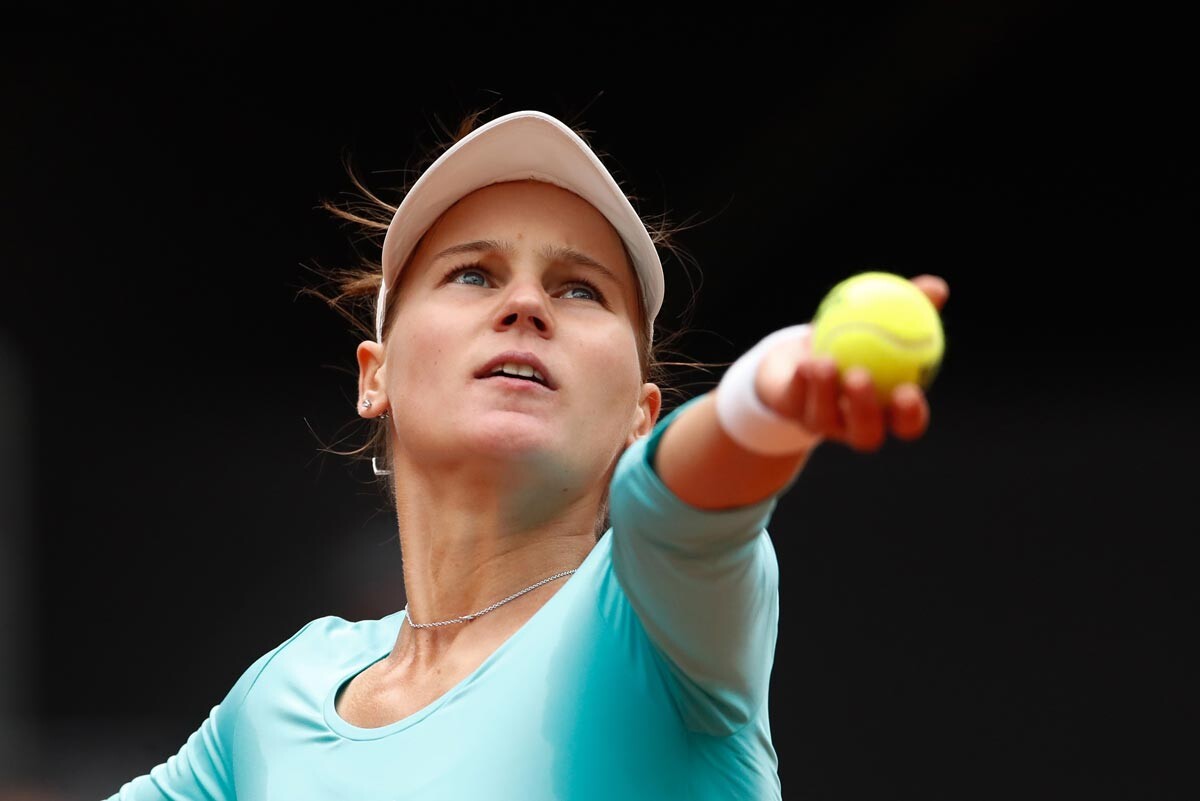 Her father, Eduard Kudermetov, is a Russian national ice hockey champion. Veronika, in her turn, was born to be a tennis star. She started playing tennis at the age of eight. Kudermetova won her first WTA Tour singles title at the 2021 Charleston Open and her first WTA Tour doubles title at the 2019 Wuhan Open. The 24-year-old tennis player, who dominates her opponents from the baseline, has all chances to take her professional aspirations to the next level. She is strong, quick and won’t get beat easily. 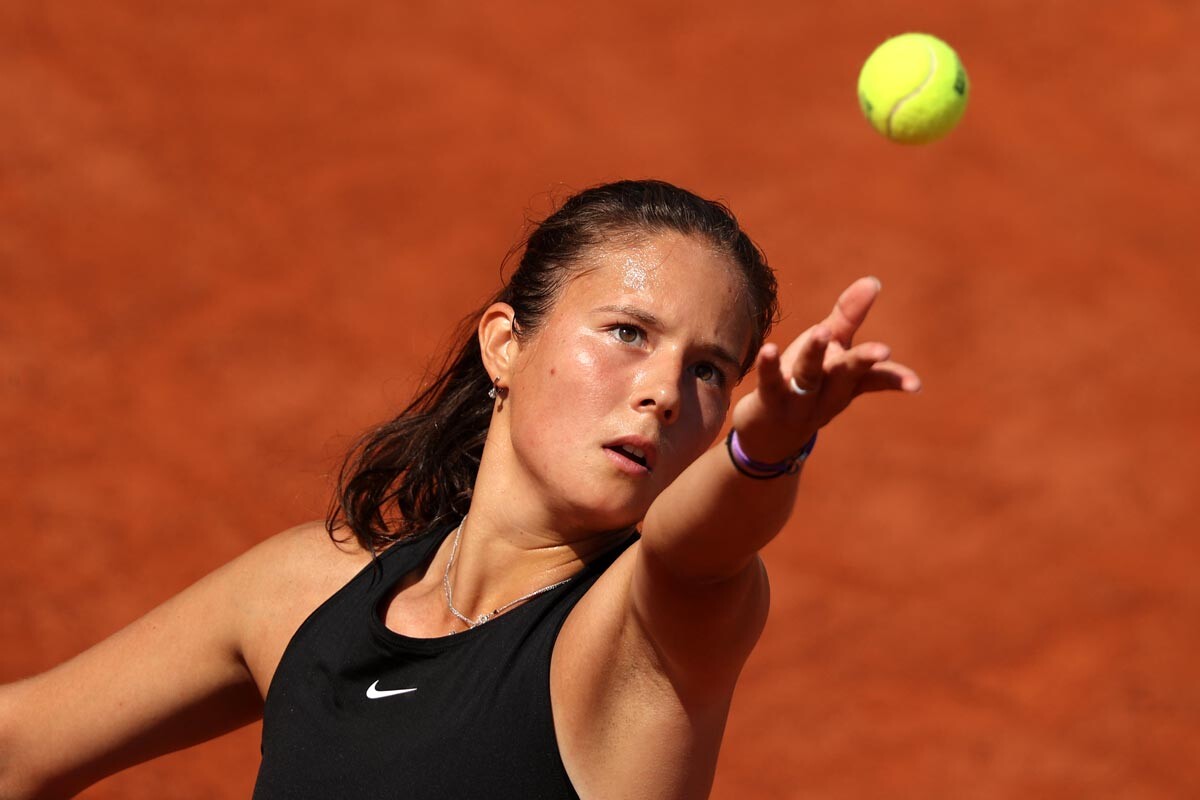 It’s her older brother Aleksandr who saw the future champion in his little sister. Born in the city of Tolyatti, Samara Region, Daria began competing on the ITF Junior Circuit as a teen. Kasatkina raised a lot of eyebrows when she won her first title at her second career event. In 2018, she finished runner-up to four-time Grand Slam champion Naomi Osaka at the Premier Mandatory Indian Wells Open. A competent player, 24-year-old Kasatkina has already won four WTA Tour singles titles, as well as one title in doubles. 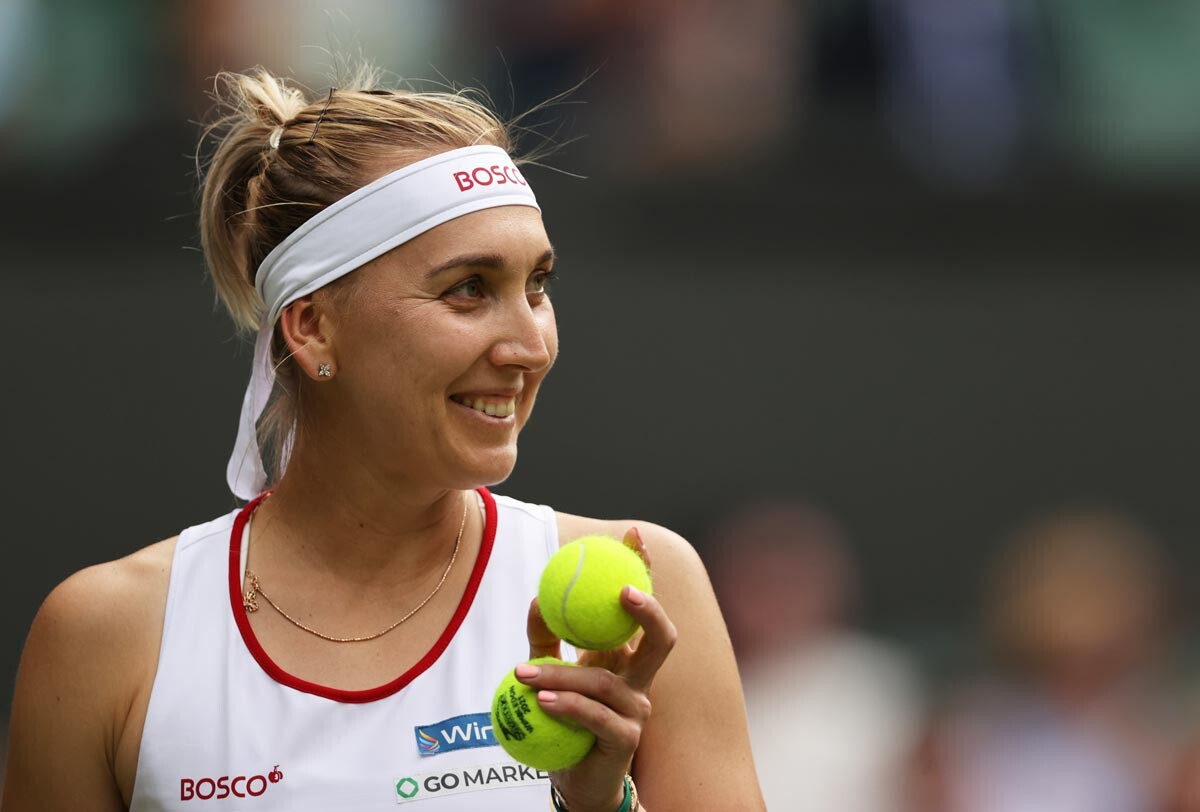 Fans from across the globe are captivated by her charm. Vesnina, 35, is one of the most titled Russian tennis players of her generation. Part of her charm is how much strength her body possesses. Vesnina has the footwork of a dancer and the speed of a lioness.

When her parents first introduced seven-year-old Elena to tennis, no one thought that it was going to be her larger-than-life sport. Luckily, Elena’s first coach was Yuri Judkin, who also coached Maria Sharapova.

Vesnina is a four-time Grand Slam champion in the doubles competition, having won the 2013 French Open, 2014 U.S. Open and 2017 Wimbledon tournaments, as well as the 2016 Australian Open mixed-doubles title. In 2018, she was ranked No. 1 in women’s doubles. 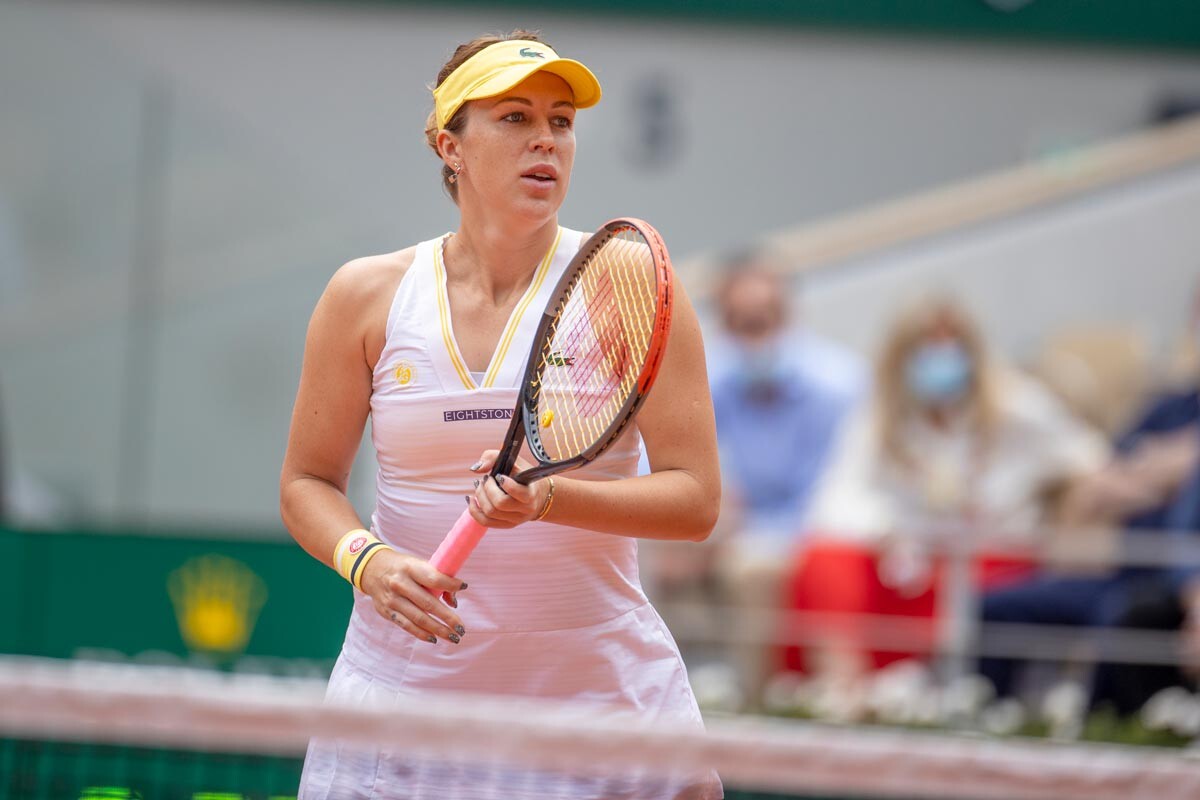 Born in 1991, the year the Soviet Union collapsed, Pavlyuchenkova knows what top-fight competition is all about. A junior prodigy, Pavlyuchenkova won three junior Grand Slam titles and became the junior world No. 1 at the age of 14.